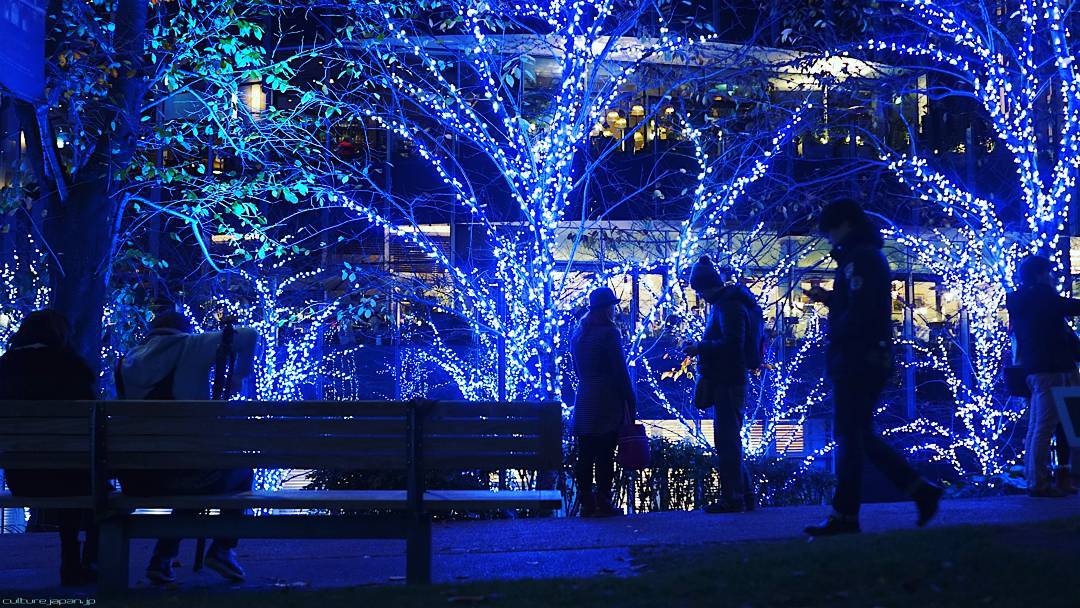 So what is the festive season like in Japan then? Well there are a load of illuminations all over the place which start to go up pretty much as soon as Halloween finishes - and are taken down pretty much as soon as Christmas is over - for the Japanese, Christmas is over on the Christmas night and if you stick around on the holy evening you can see folks scurrying around the place packing the lights and trees.

I guess this sums up what Christmas means in Japan - an opportunity for business and pulling in the punters rather than to celebrate the true meaning of Christmas.

Anyway, the following photos taken just before I left Japan and are probably all gone by now ^^; Photos taken out n about Keyakizaka Roppongi, Midtown Roppongi, Shinjuku Terrace, Marunouchi, Caretta Shiodome and outside Shinbashi station. If you want to see these illuminations next year then just head to these locations a wee bit after Halloween.
#27331