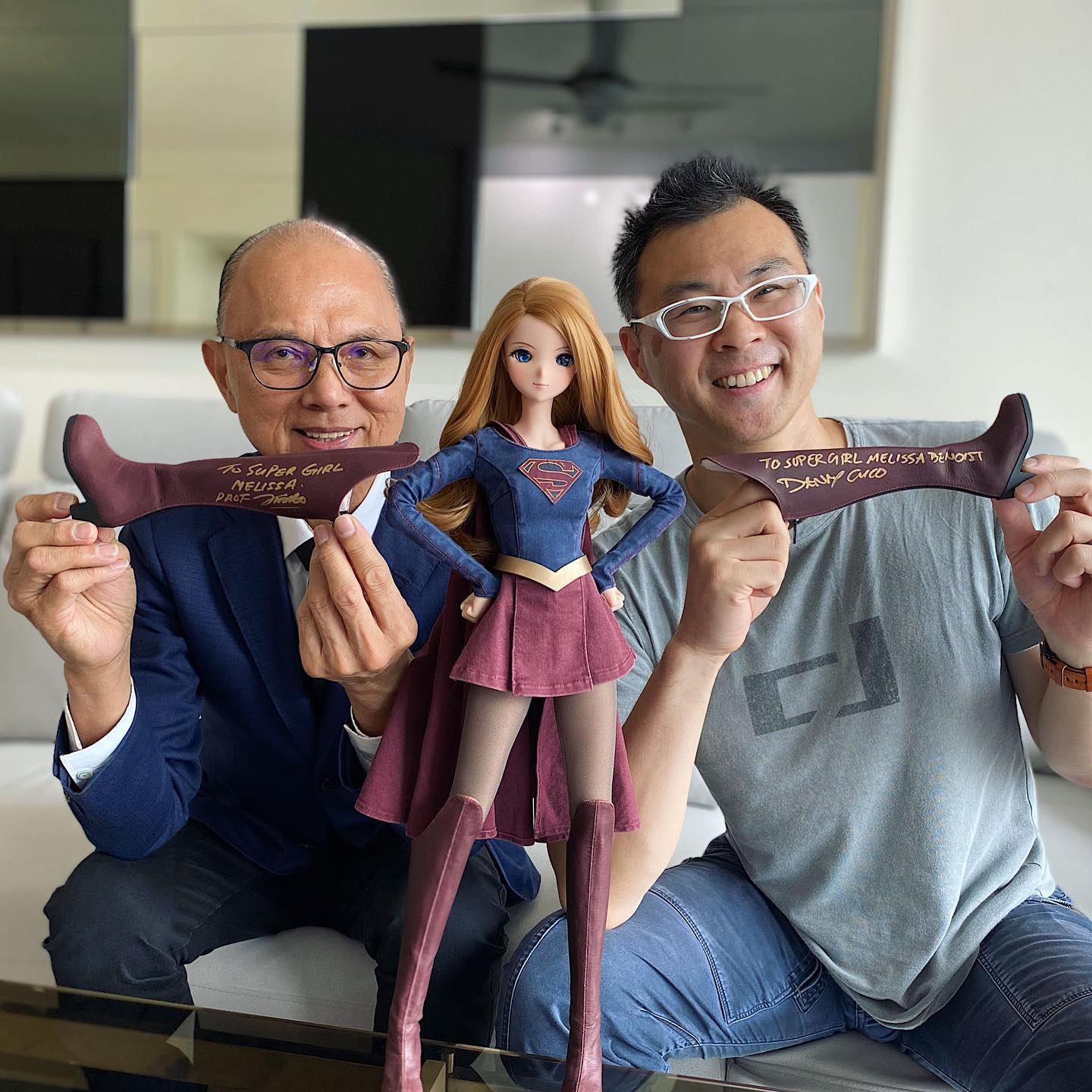 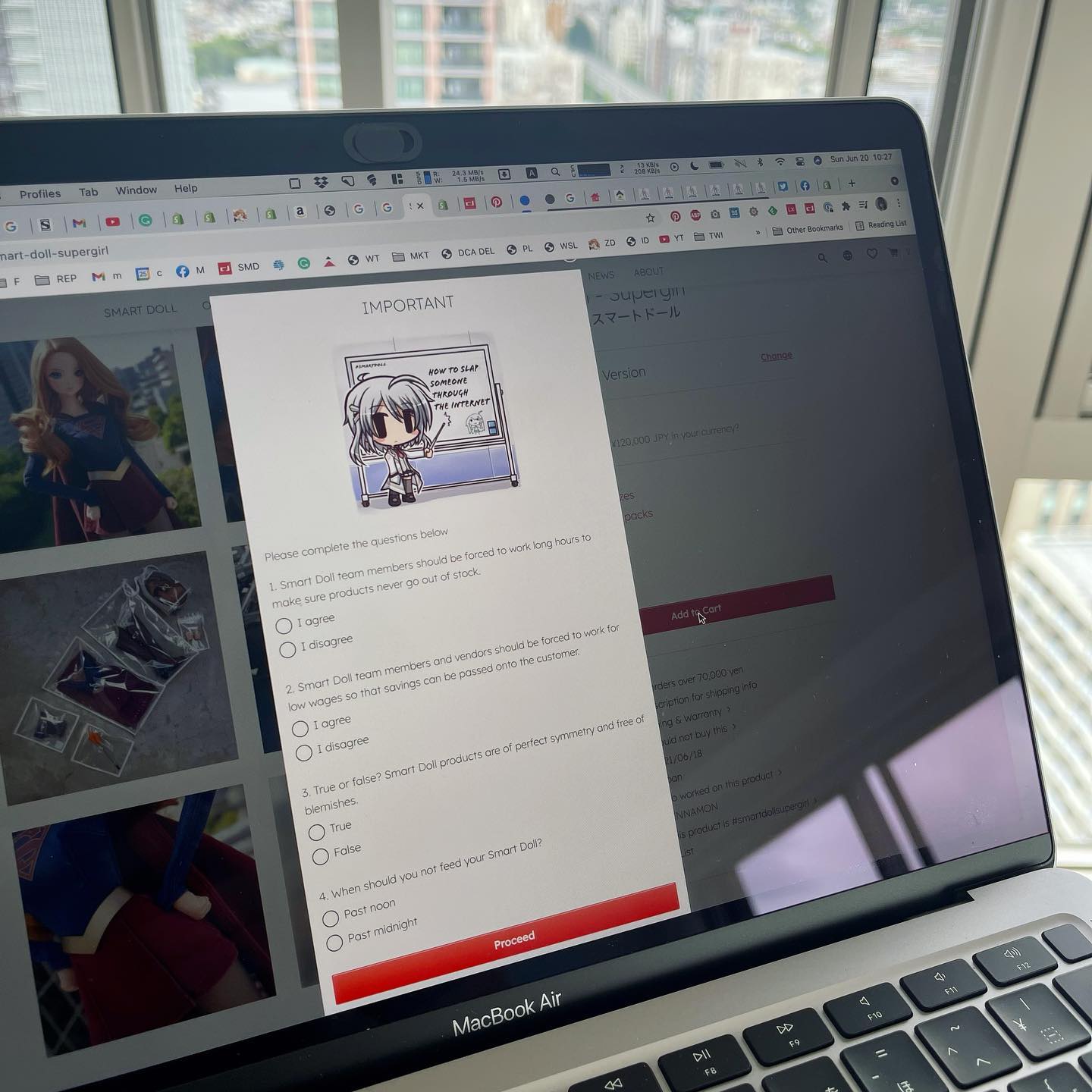 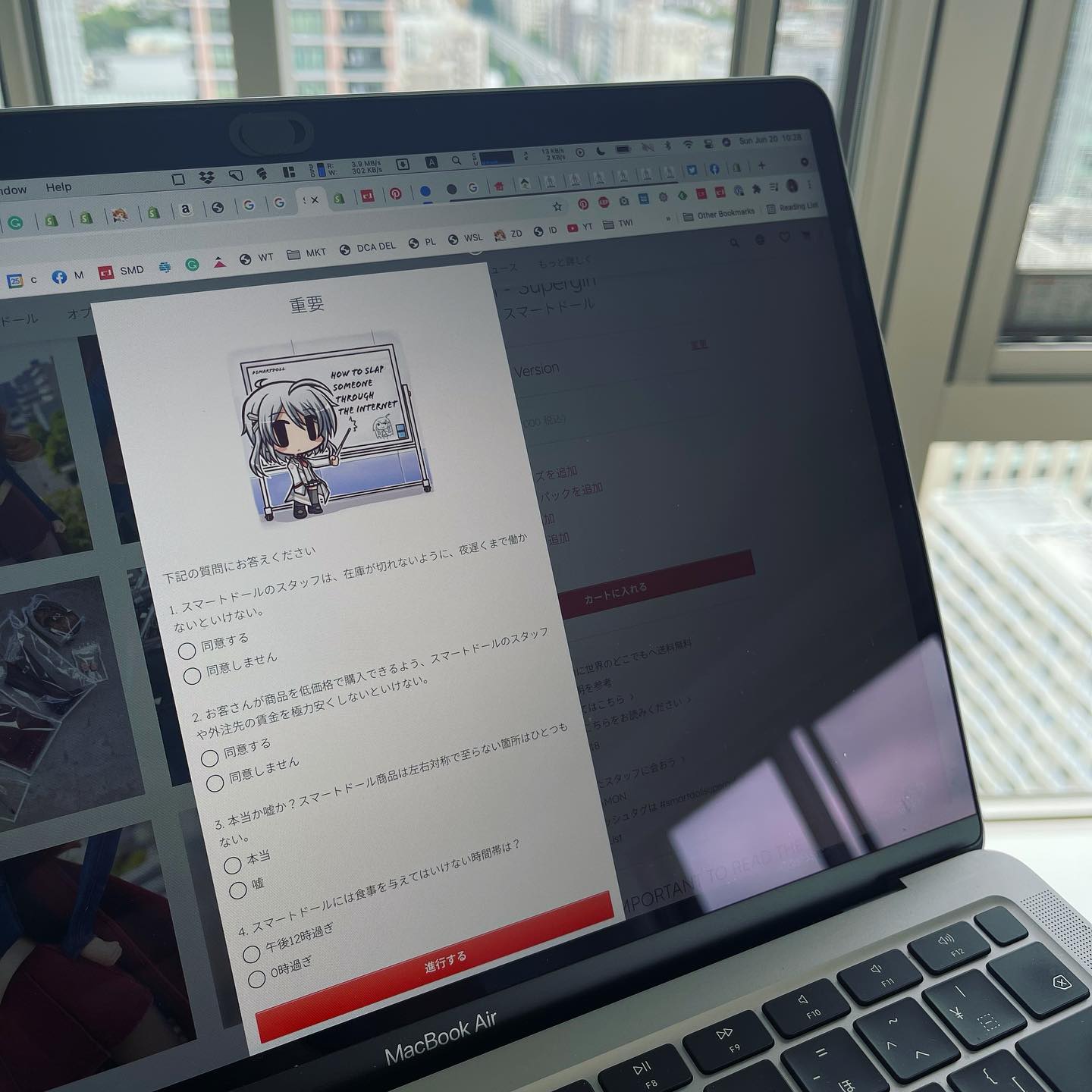 Supergirl sold out on the morning she was released. As usual, we had to weed out and cancel reseller and fraudulent orders. Some of this was automatically done, but some of the orders had to be manually vetted after.

Supergirl is available again from the orders we canceled but has a different tactic for bot detection. This time we use embedded continuous bot detection with an extra layer in the form of a questionnaire. The questionnaire will only show if the first layer of detection fails.

The questions are simple for folks who invest time to study what Smart Doll is before buying.

Folks ask us how we distinguish resellers, scammers, and bots from legit orders. One does not simply reveal the nitty gritty behind this as one would be able to simply walk into Mordor.