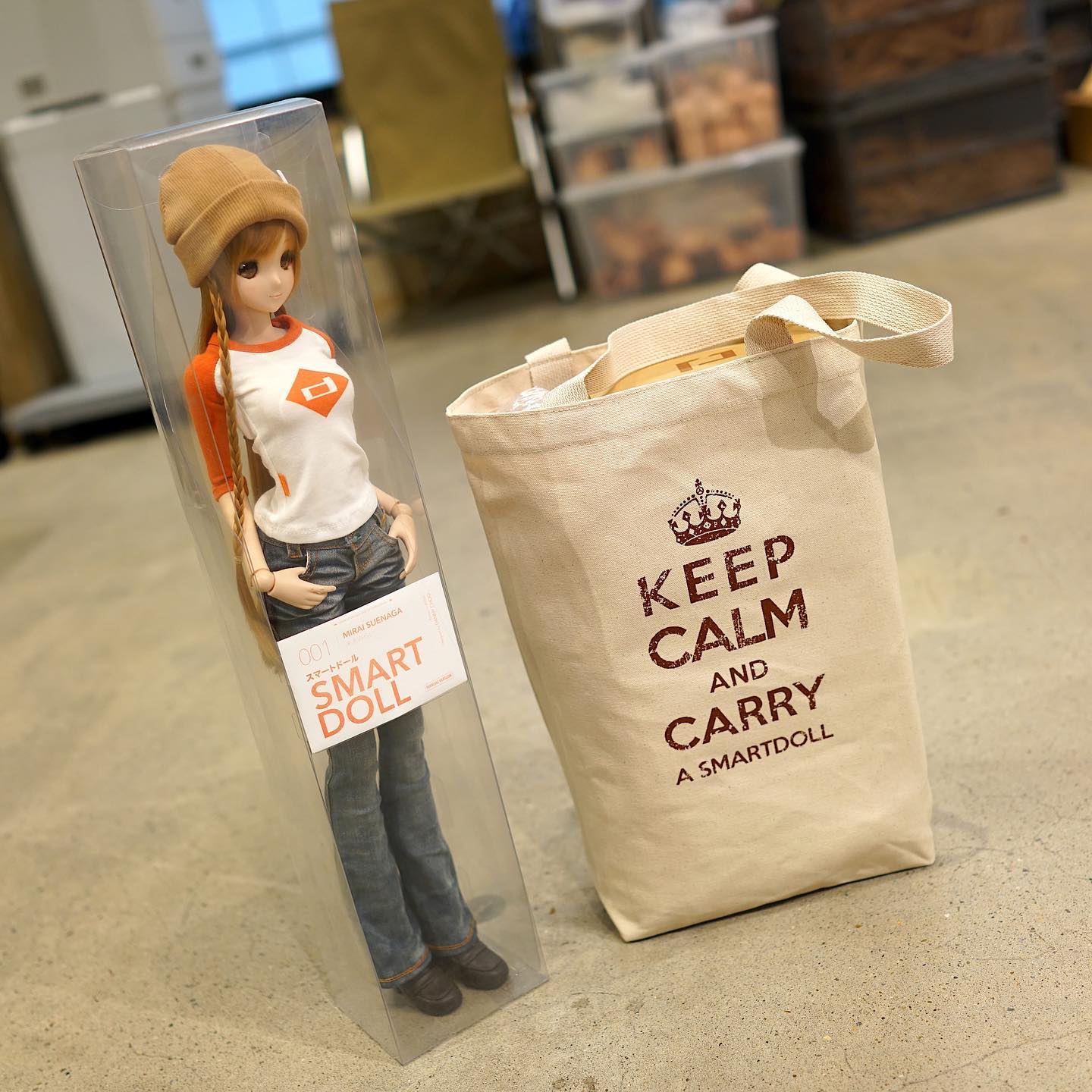 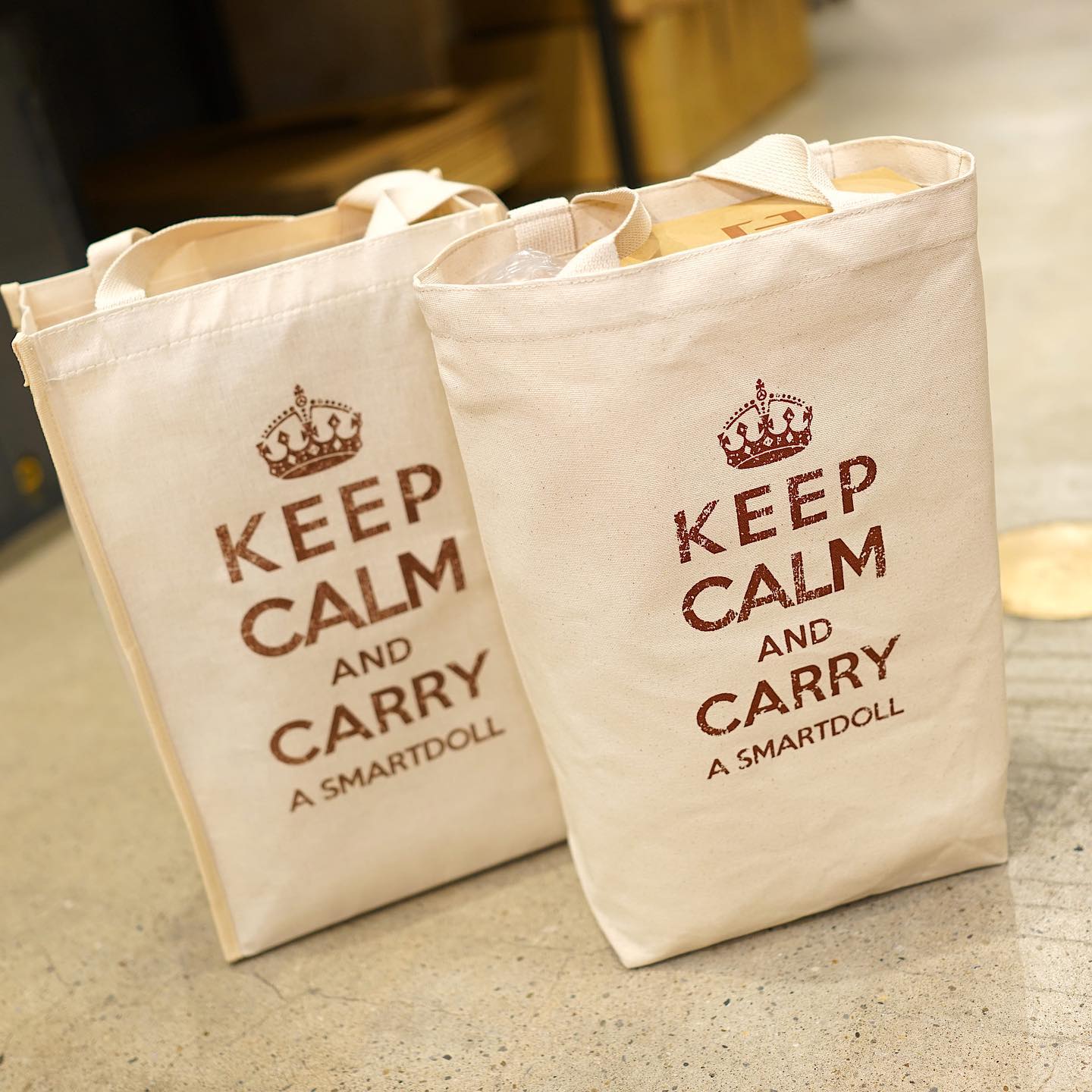 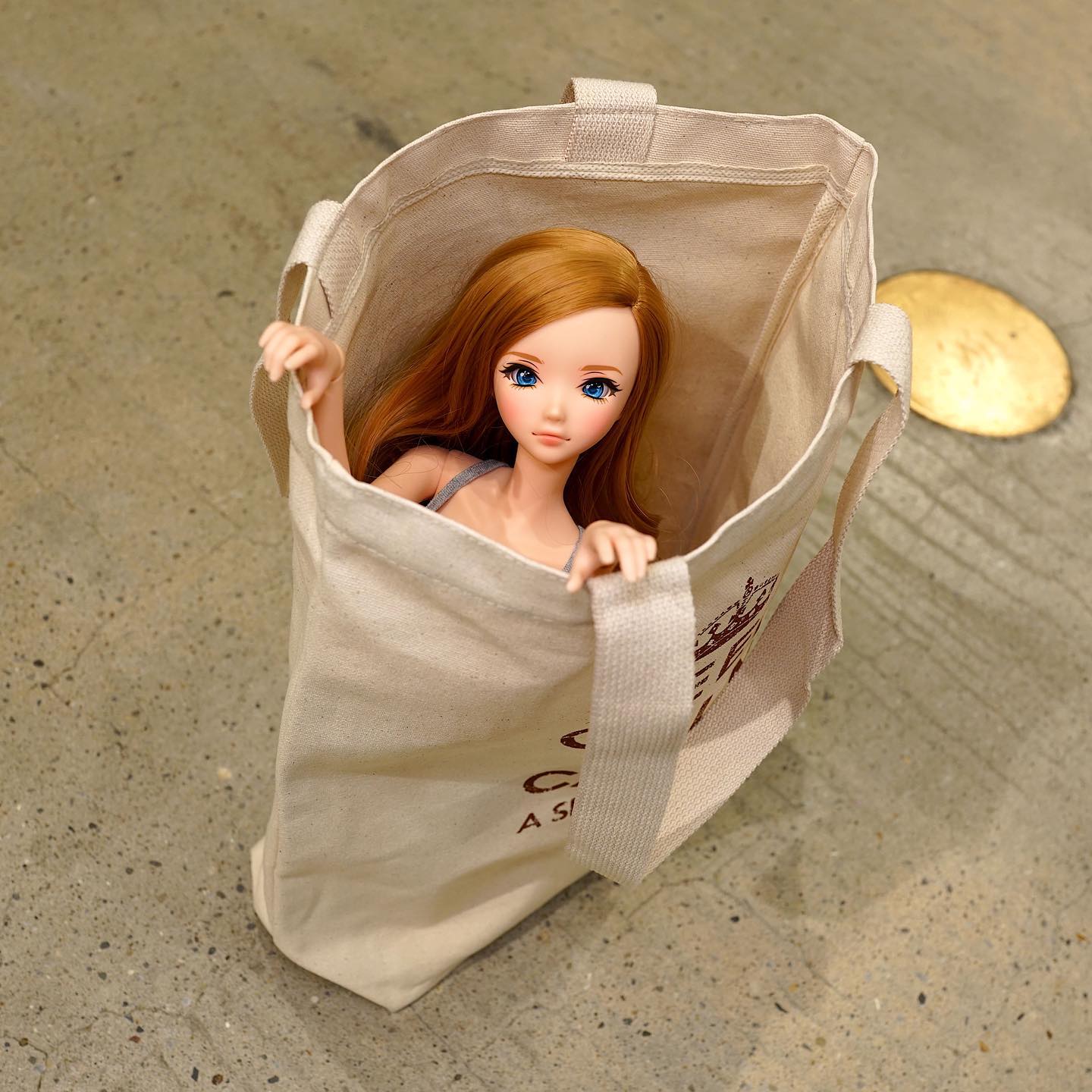 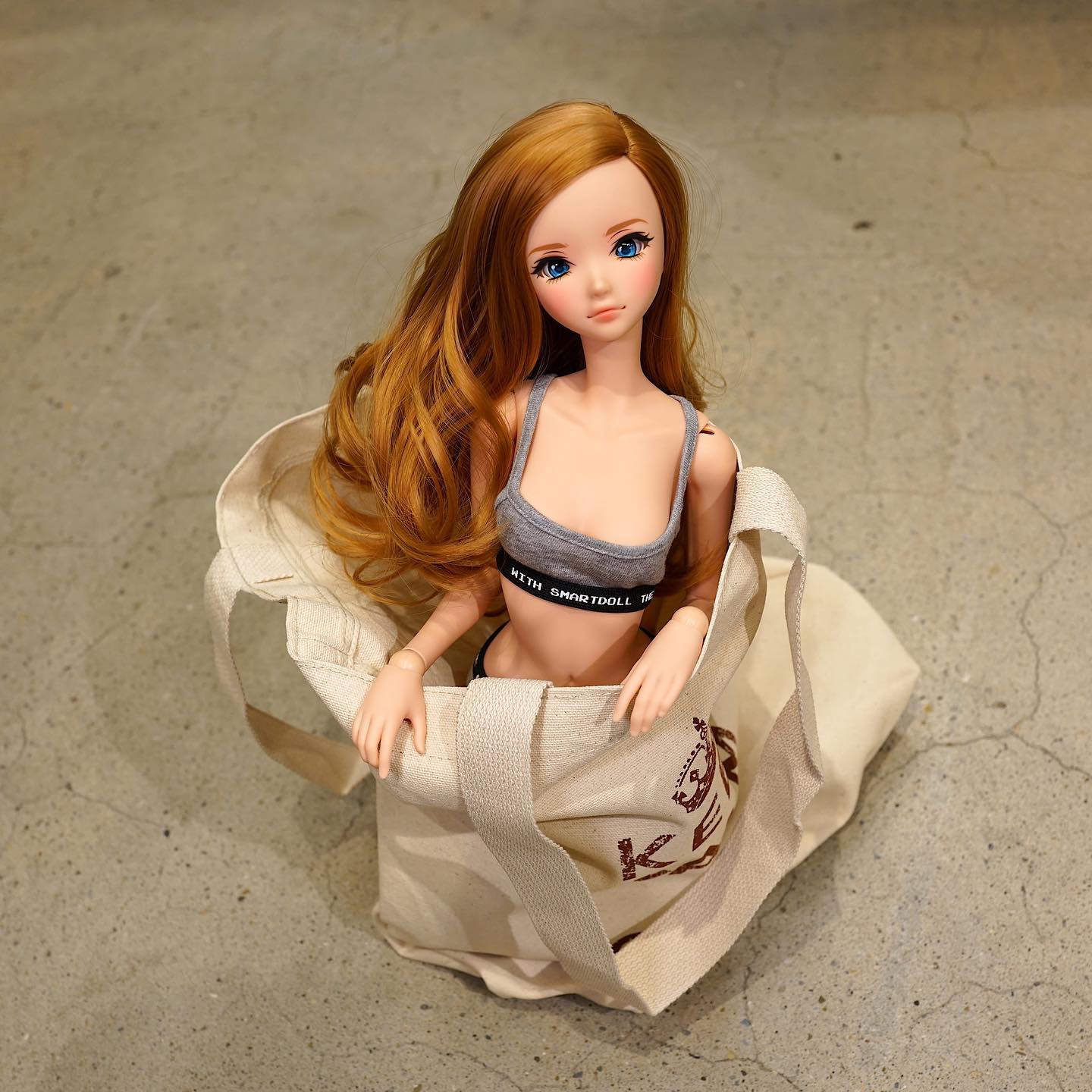 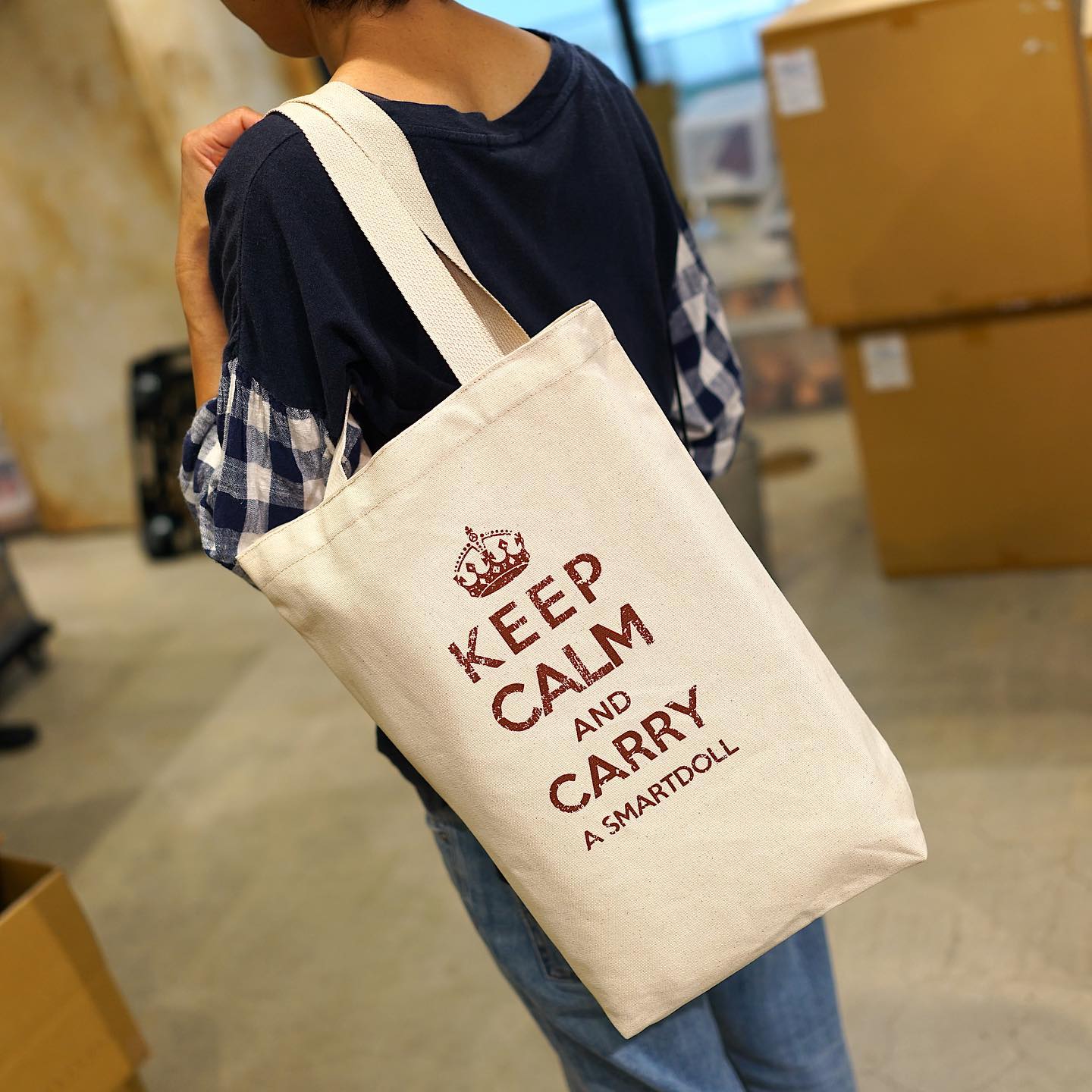 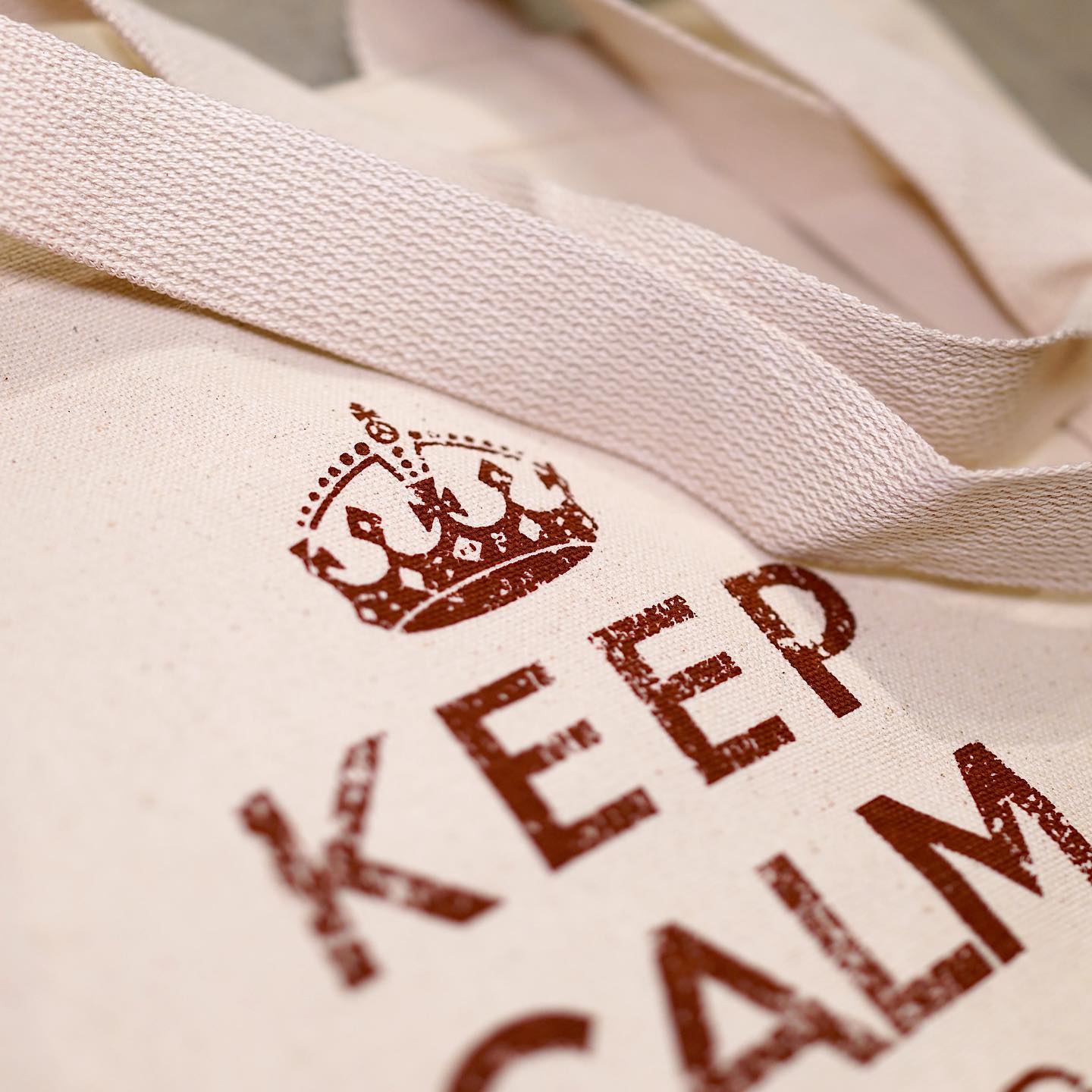 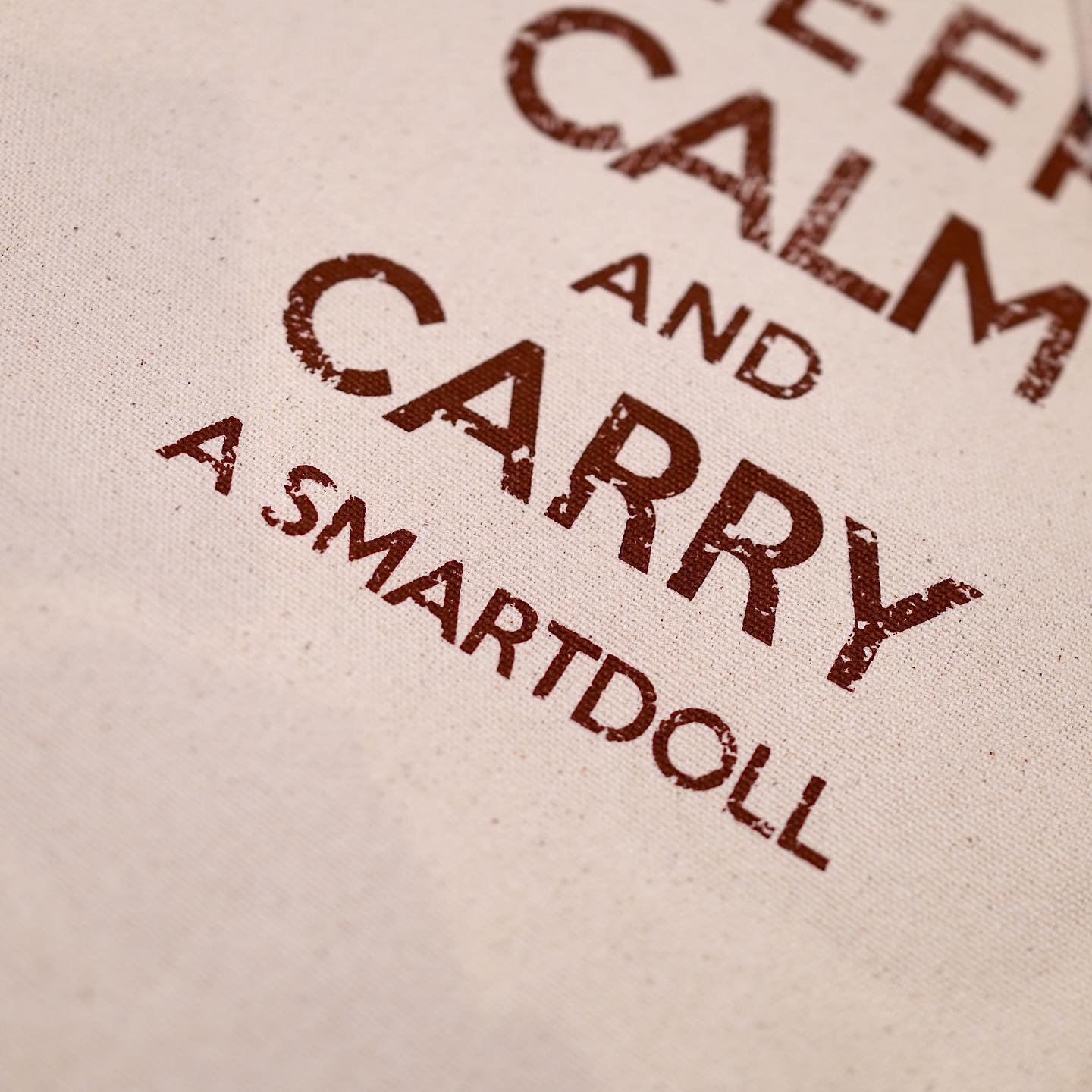 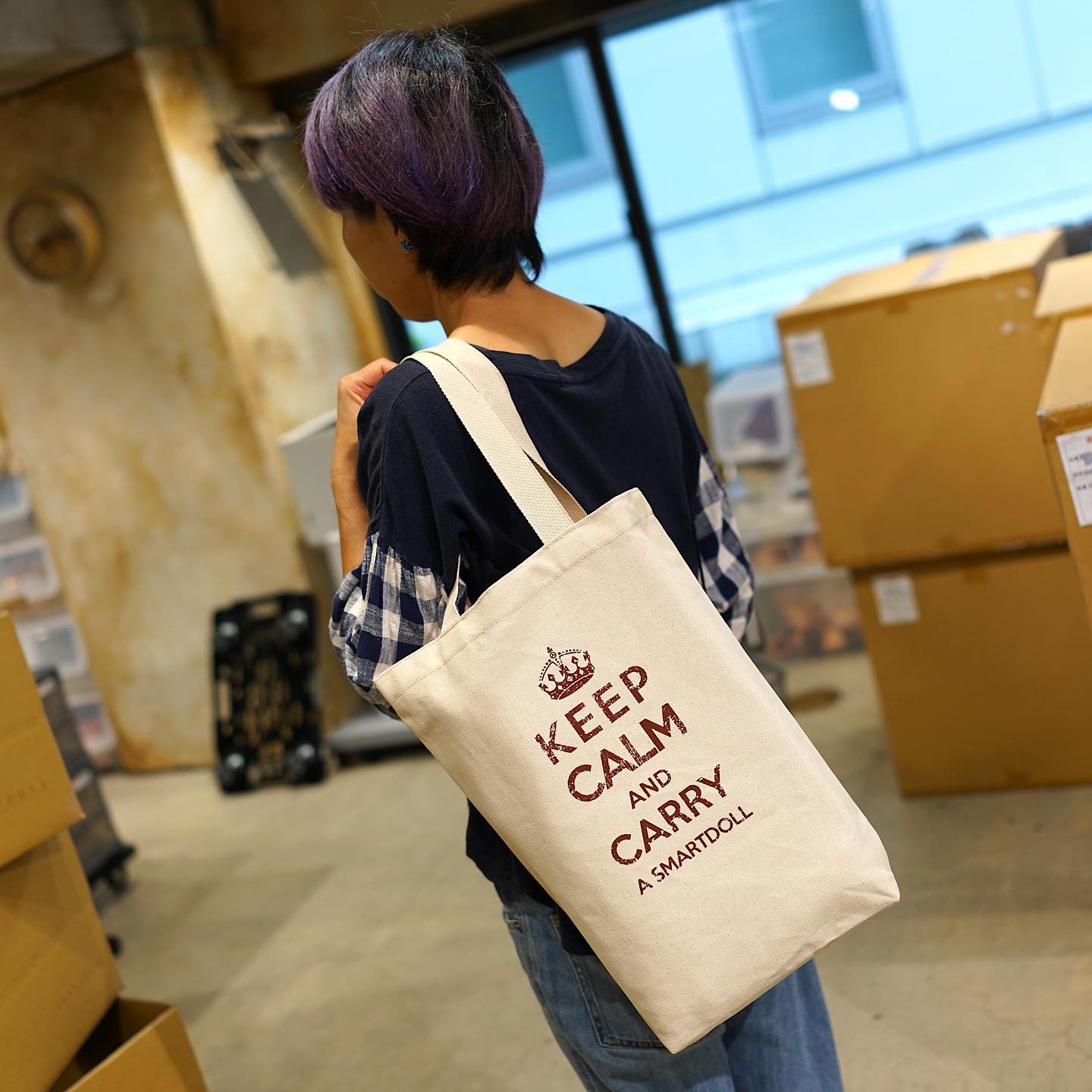 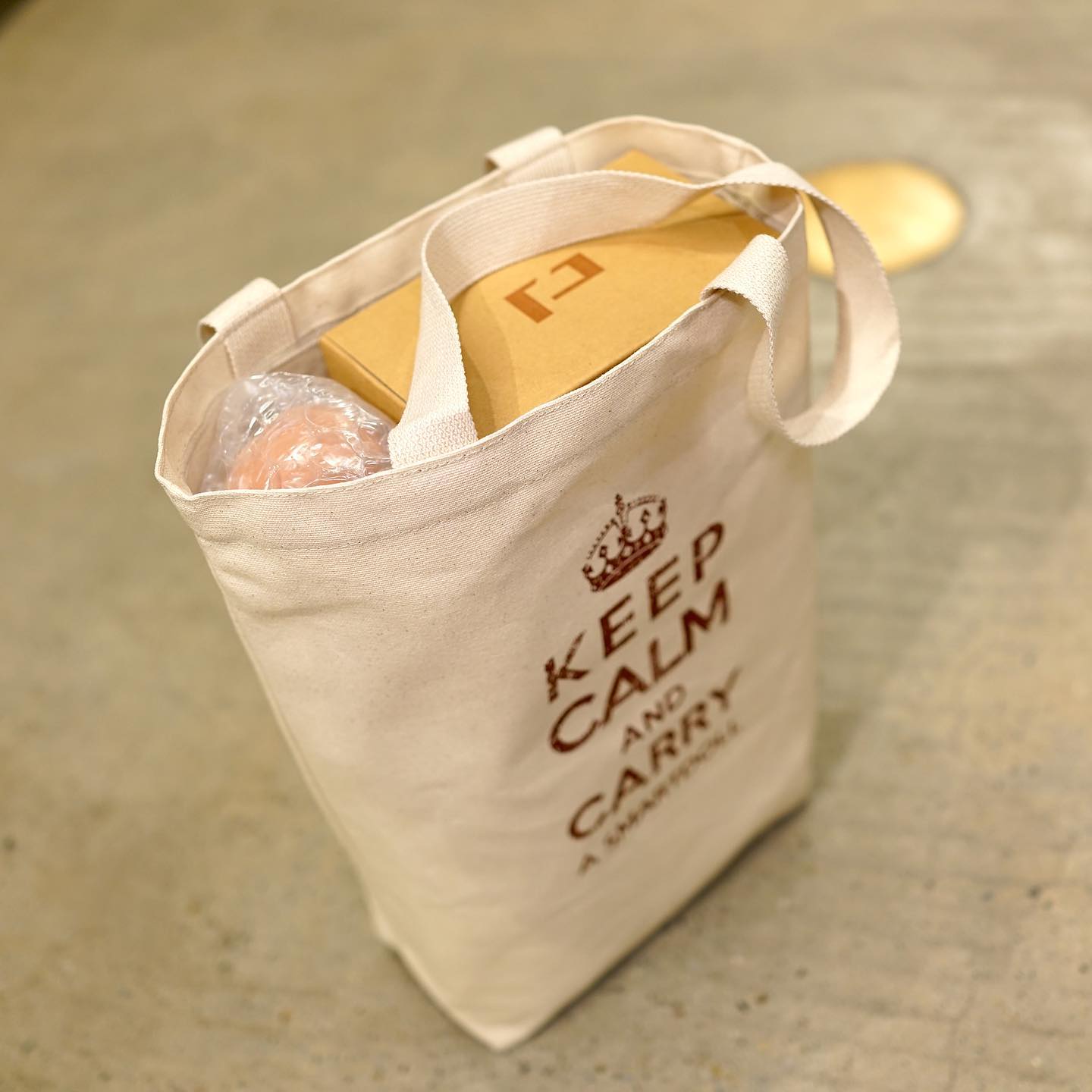 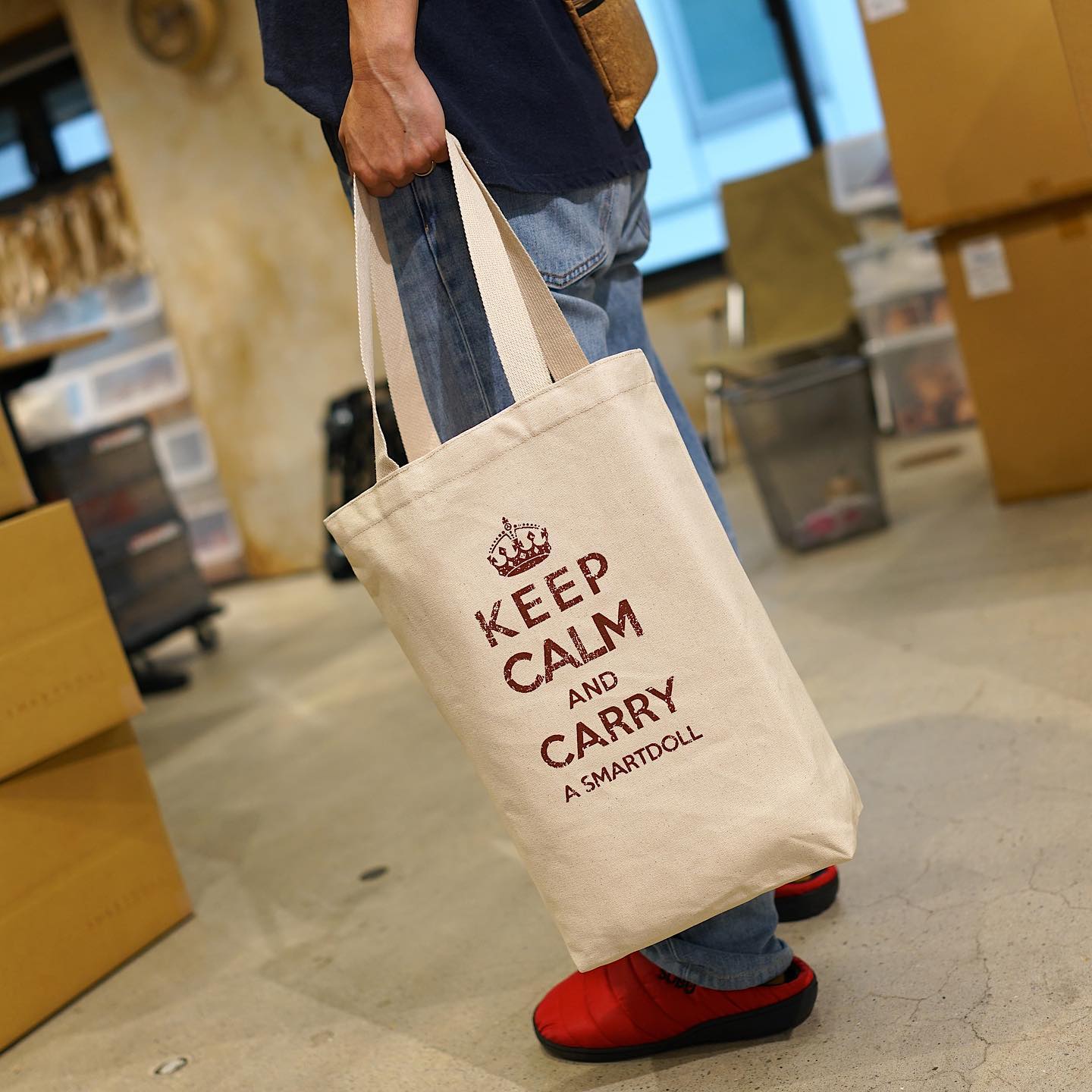 The first Smart Doll (Mirai) was shipped standing in a long plastic container back in 2014. Mirai wasn't too happy about standing for the entire flight (even though she was in cryosleep) and asked us to at least let her kneel to distribute her weight along her shins. The result was the cryoshell being redesigned to be a tote-shaped bag instead.

The bag went through different design iterations over the years - I would show you them all but I didn't manage to keep them :-( There was a paper, plastic and since 2017, we started to use the canvas one.

I was initially pleased with the 2017 design which lasted well over the years - but for the past year, I felt that the bag needed a design change. The 2017 design has a weathered logo but the print was inkjet and laminated with a plastic film. The print resolution and plastic film made the bag design feel outdated in my eyes.

We have been working on a new design since last November and I am pleased to announce that it's ready for prime time. The 2021 tote design is now made of a slightly thicker canvas with a silkscreen print. There is no plastic film covering the bag anymore so the bag feels soft, earthly, familiar and has the canvas-bag smell ;-) It can also be easily rolled up when not in use.

The logo is now smaller as the previous one started to look too blatant with huge text all over it.

You can use the tote for your daily groceries too - but I would recommend against putting smelly stuff like onions, brussels sprouts, fresh fish, spleen or chicken heads in the bag and then using it after to carry your Smart Doll - they would most likely slap you.

Now for the bad news. As we switch to the 2021 tote bag, some folks will still get the previous version until inventory is depleted which should be in a couple of weeks. If you have an order waiting to ship - you can't choose which tote version you get.
If you really don't want the old version, then wait for at least a month before ordering a Smart Doll. Our retailers may still have stock of the old version though.