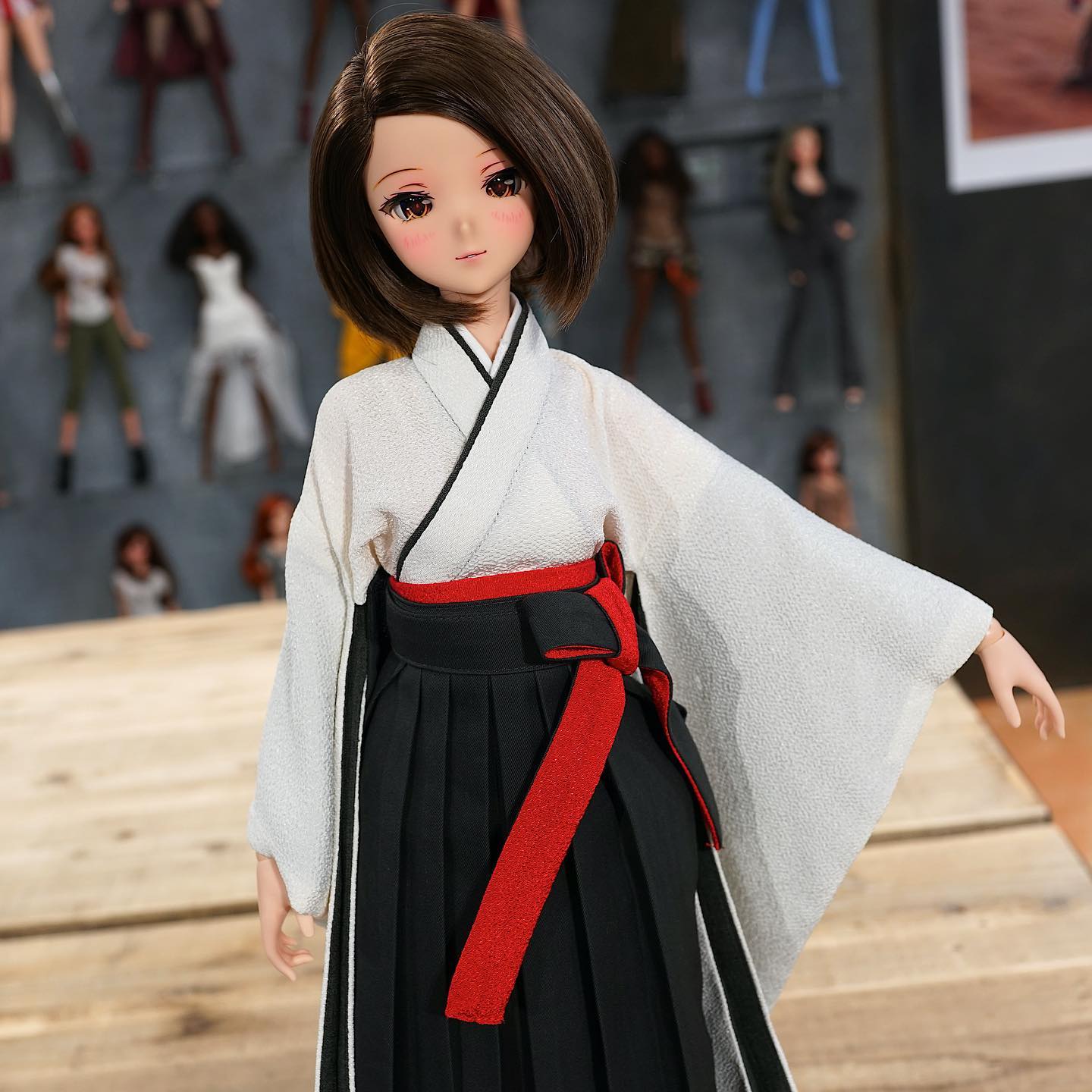 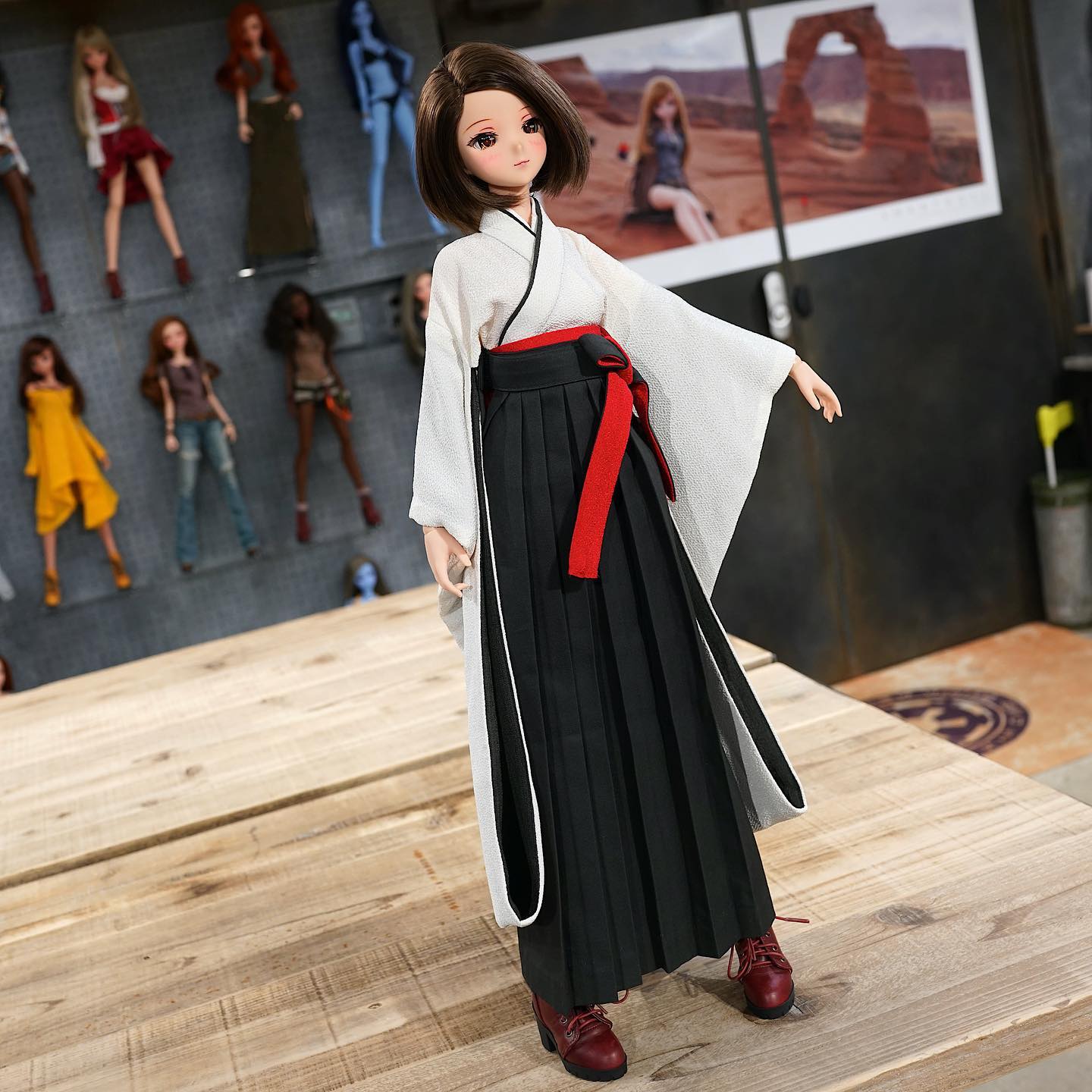 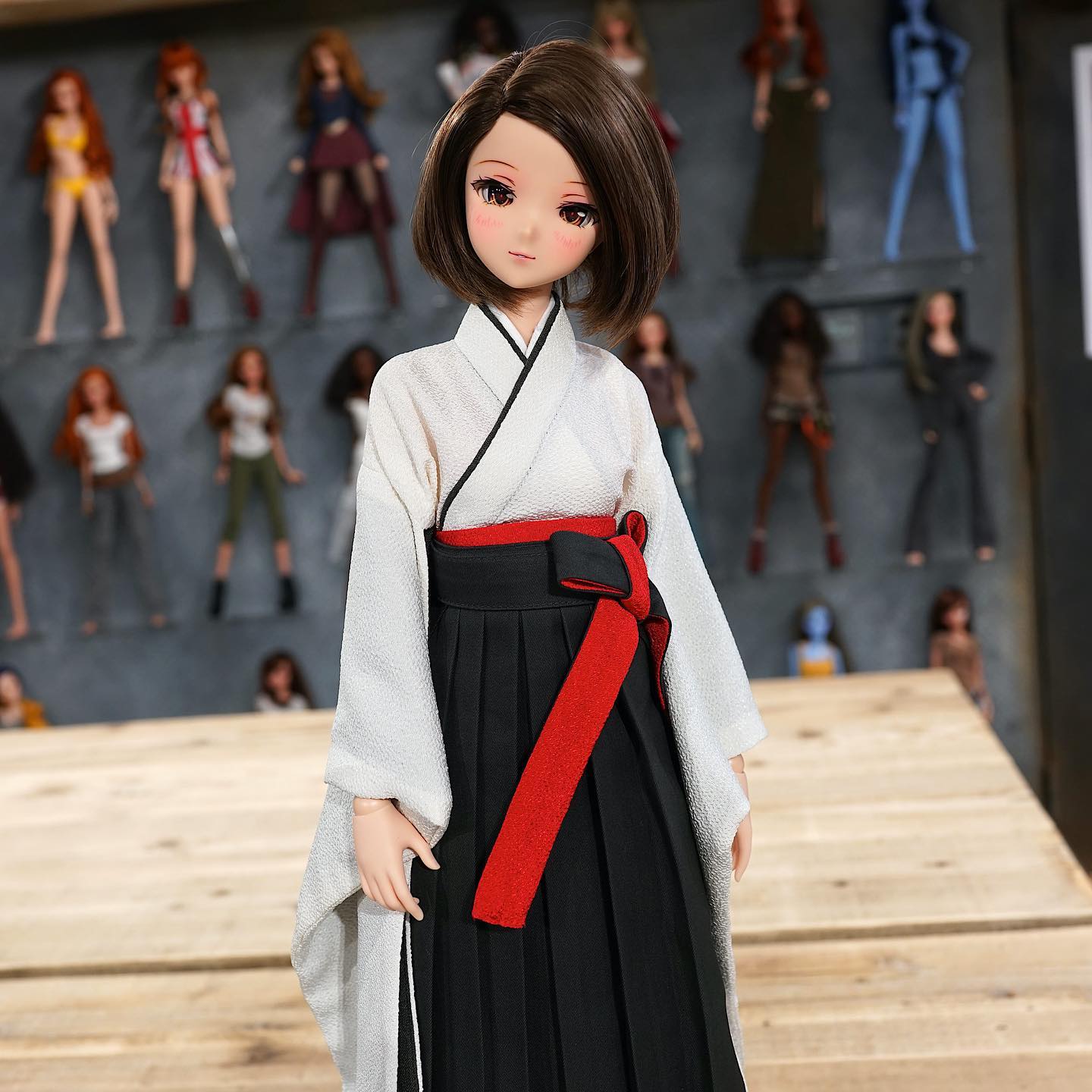 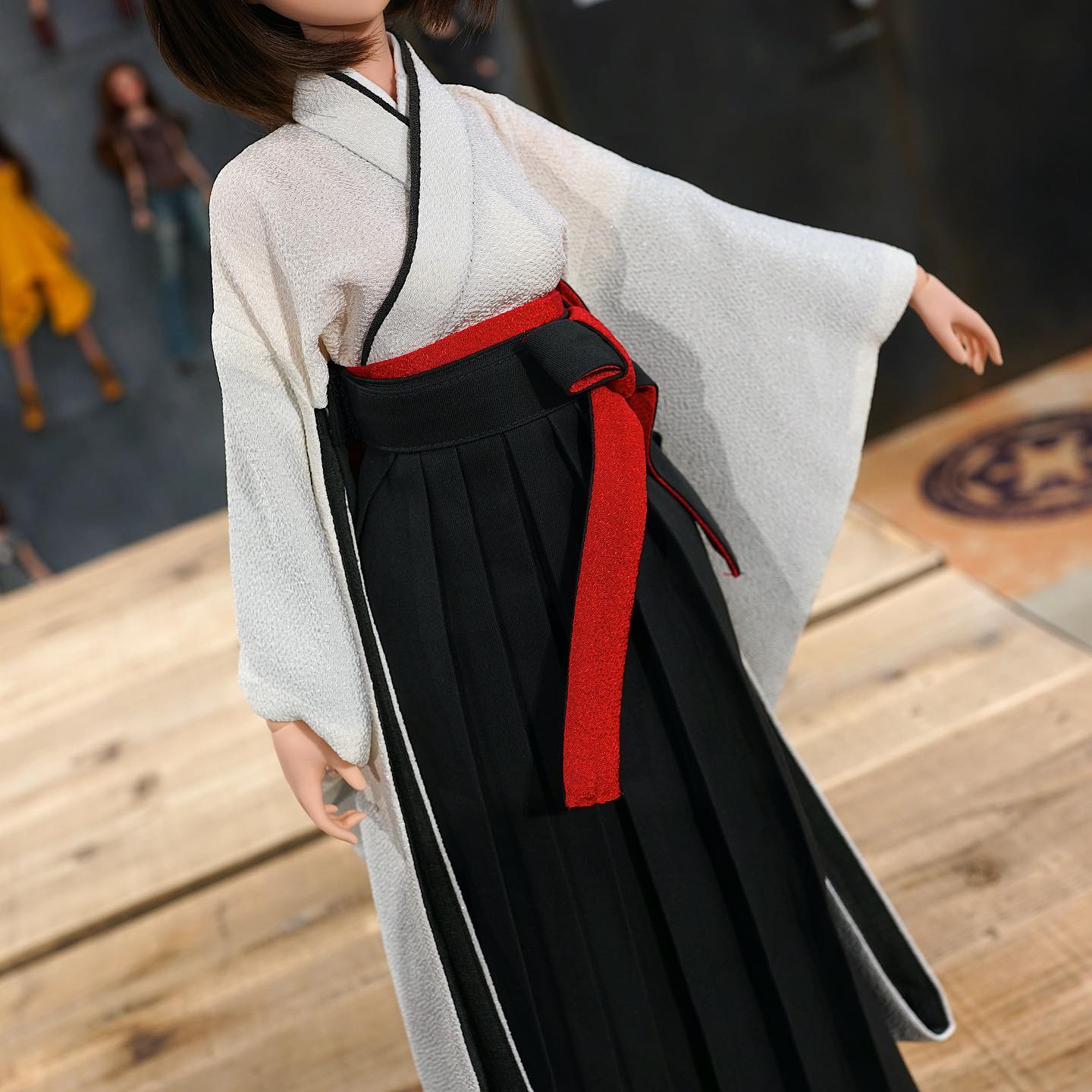 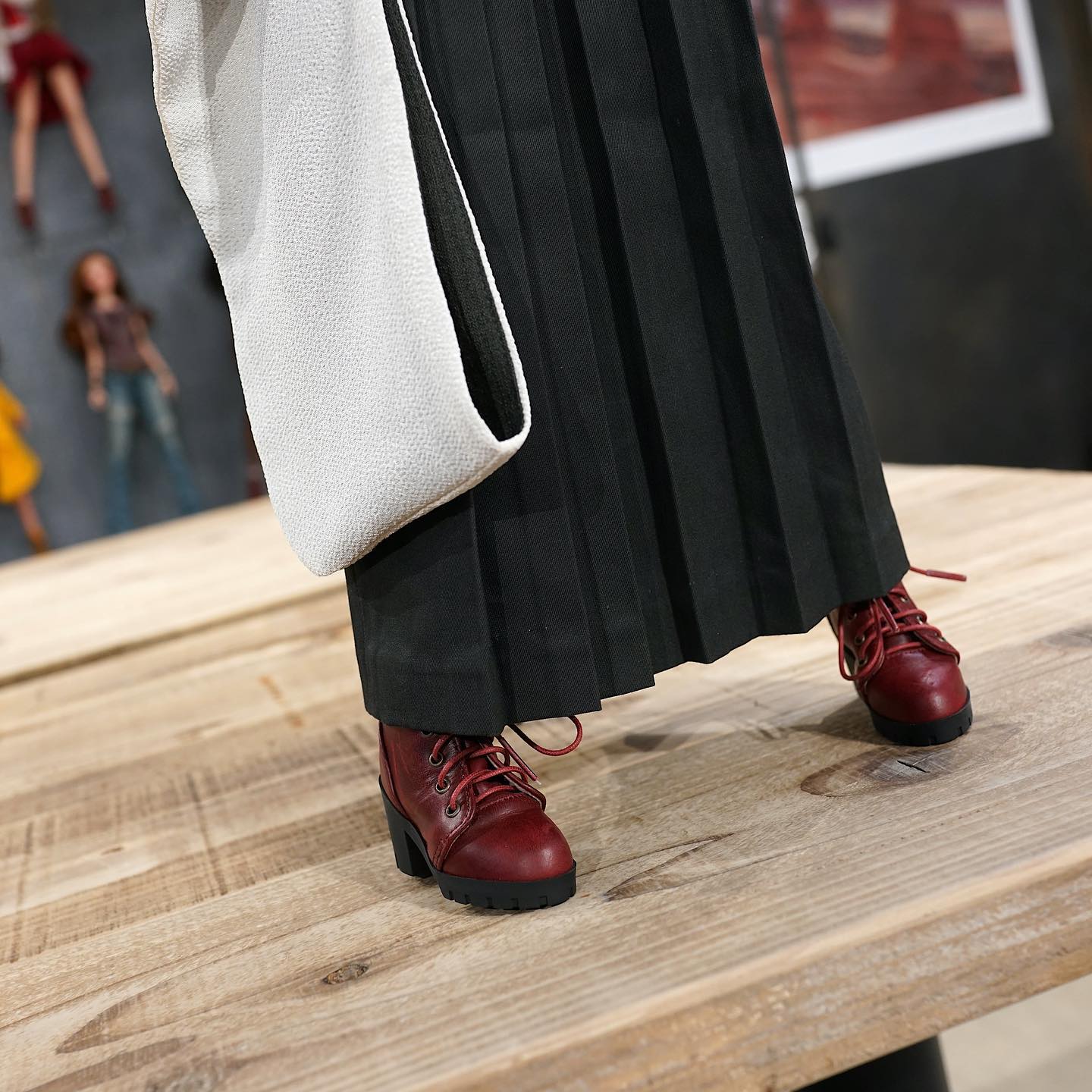 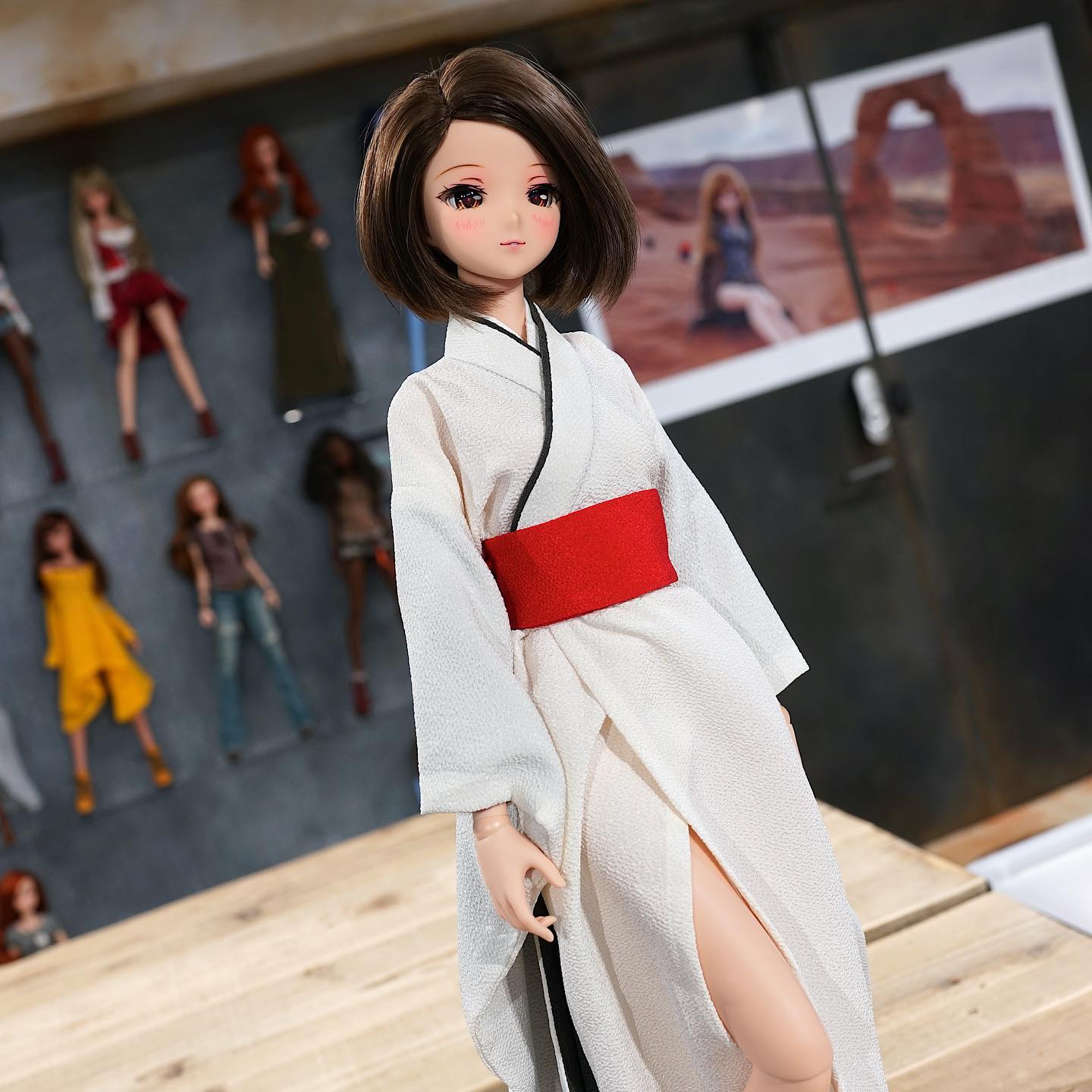 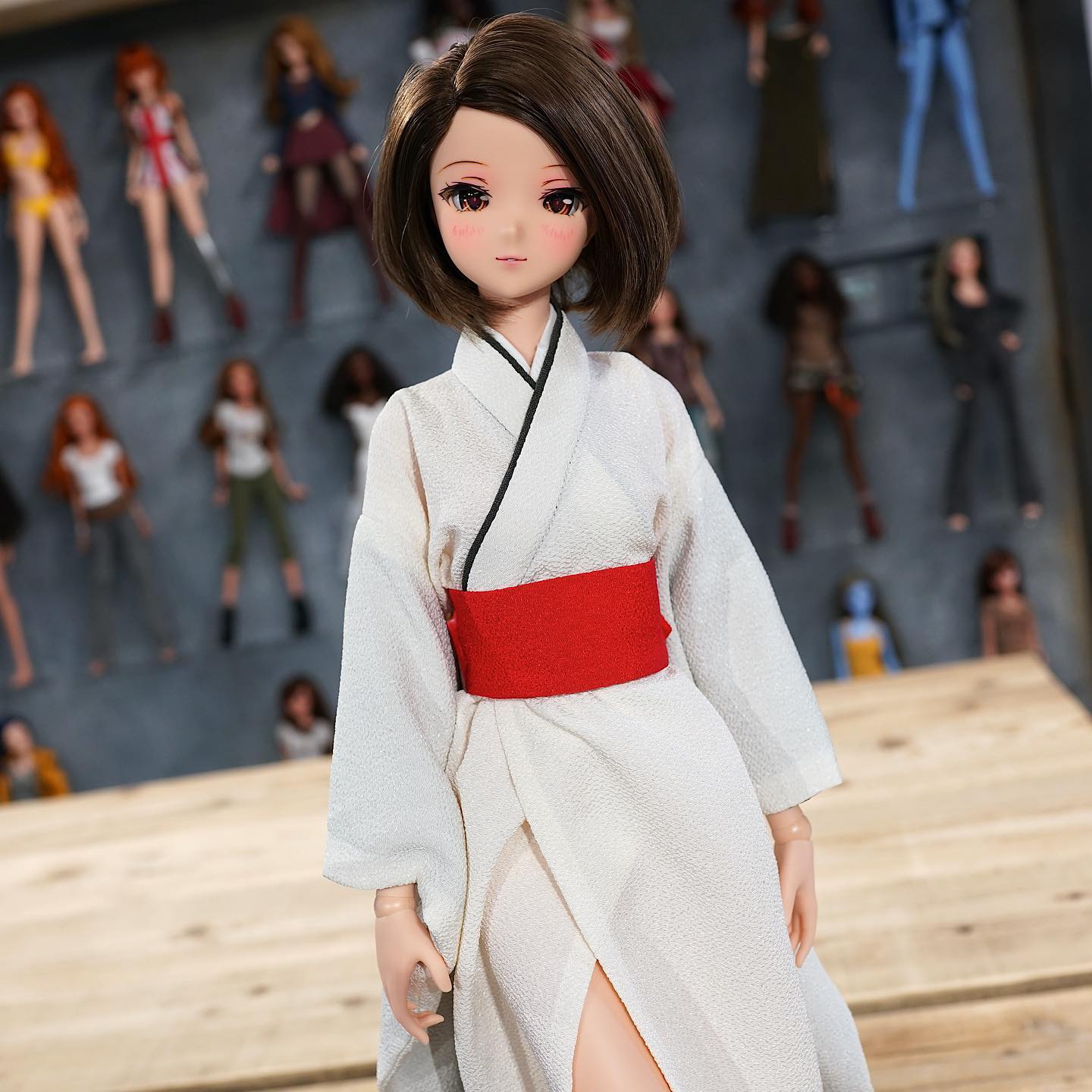 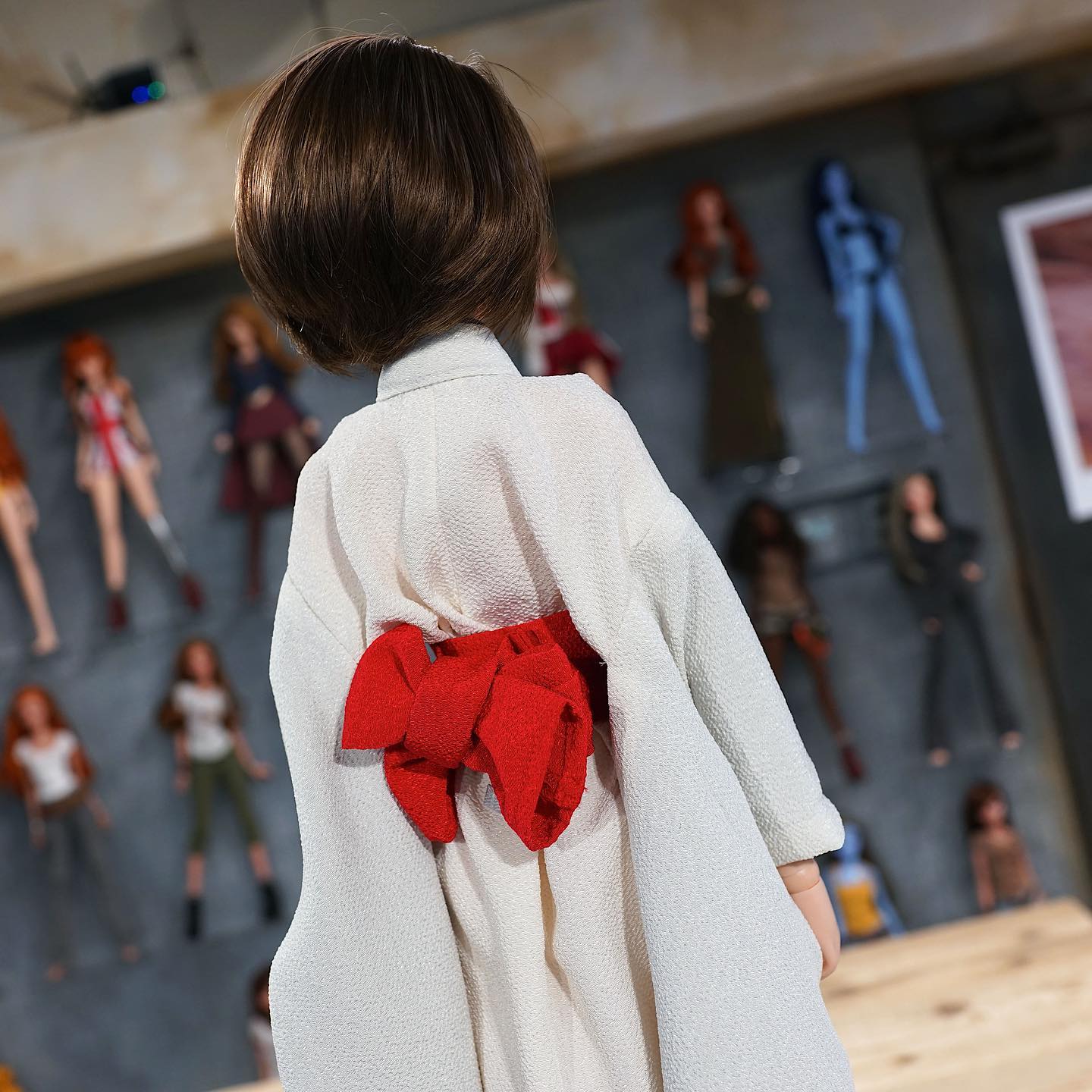 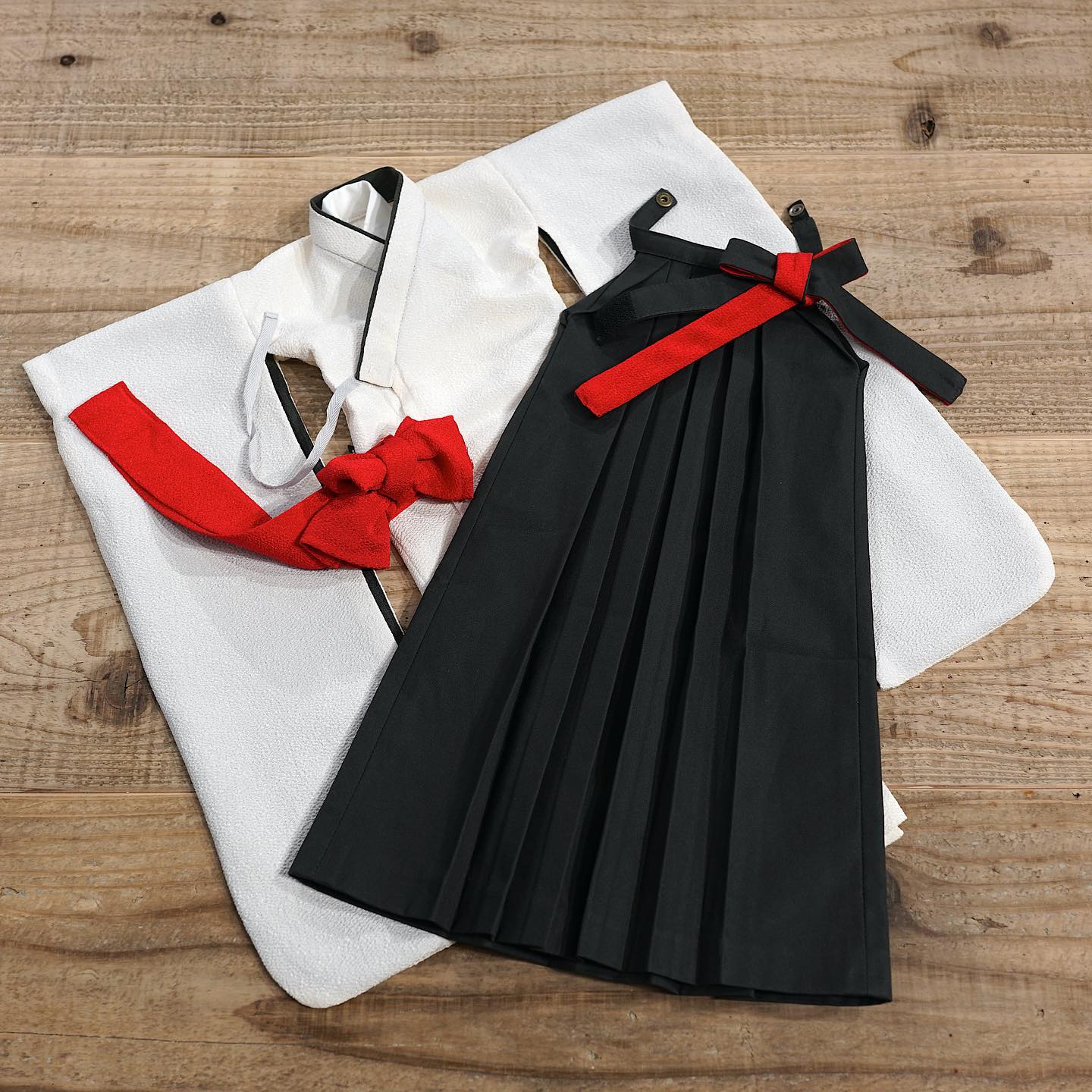 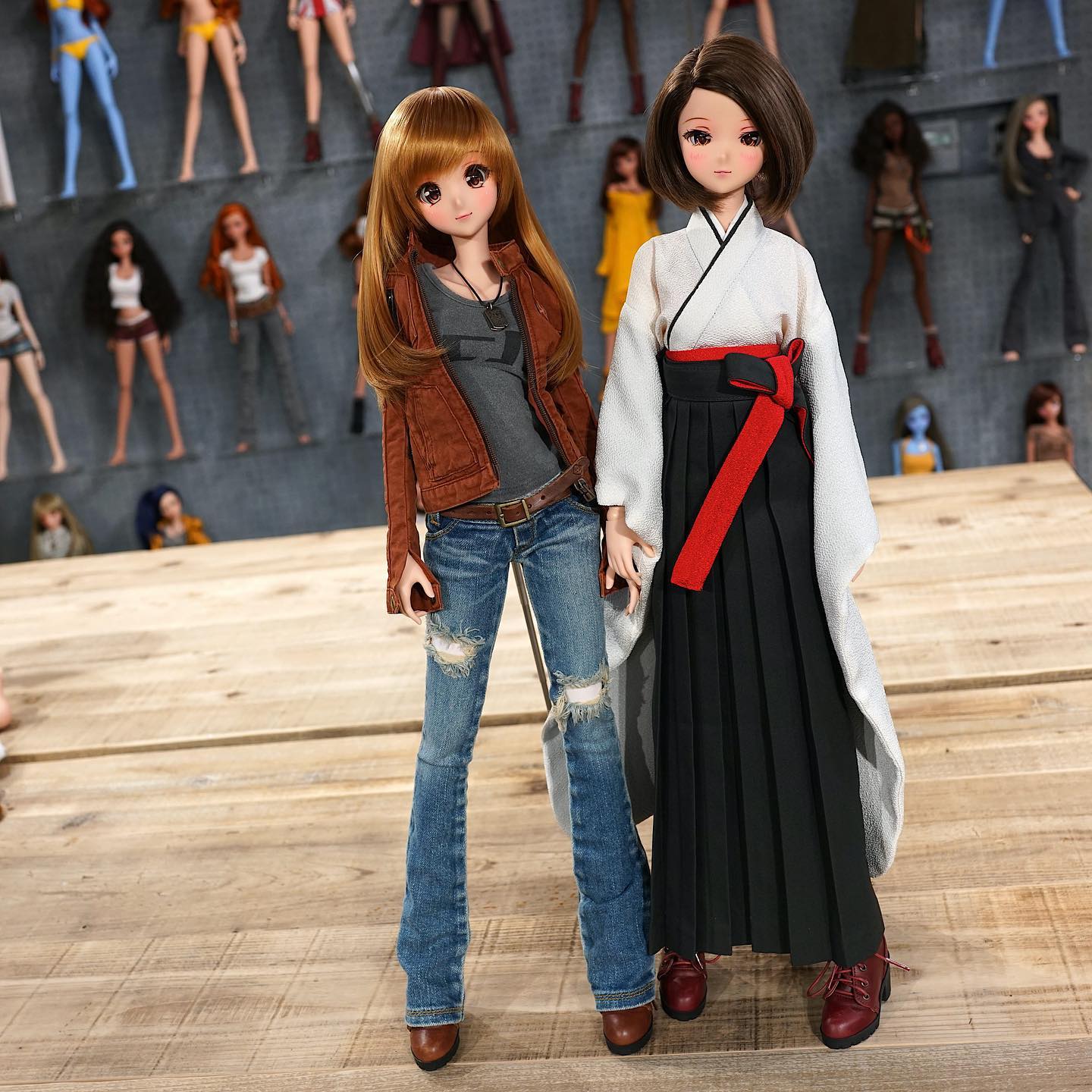 The Hakama we were working on has evolved as we continued to prototype - now it has become a Furisode+Hakama combination that also transforms into a Yukata too.
Furisode (振袖) means "swinging sleeves" and is a type of Kimono with long sleeves. This design does not strictly follow the conventional design and has been modified for what we feel is a slightly new take on this garment type.
The long sleeves would typically have patterns on the bottom but I opted to keep it simple. The black dress part is the Hakama worn over the Yukata and when worn with this combination, footwear is typically boots.

With the Hakama removed, boots would look odd so Geta sandals would be best - which we are working on too ;-)

Today's model is the newly released Freedom Alternate donning a prototype wig that was going be the default for Dauntless but didn't work out at the time.
The Furisode+Hakama set needs a few tweaks before production starts soon in Gifu Japan.
#tokyo #smartdoll #anime #manga #doll #bjd #fashion #3dprinting #Japan #design #fashiondoll