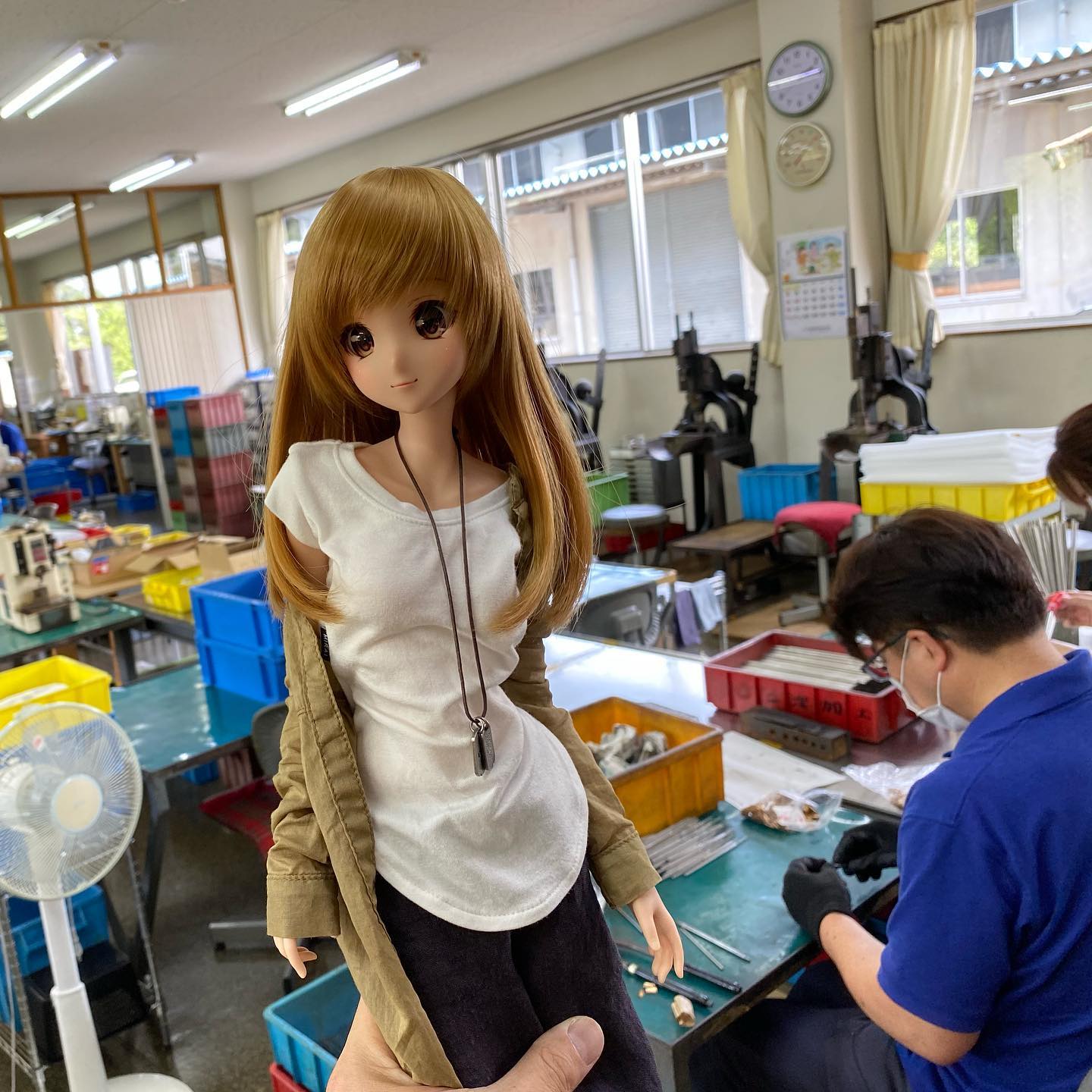 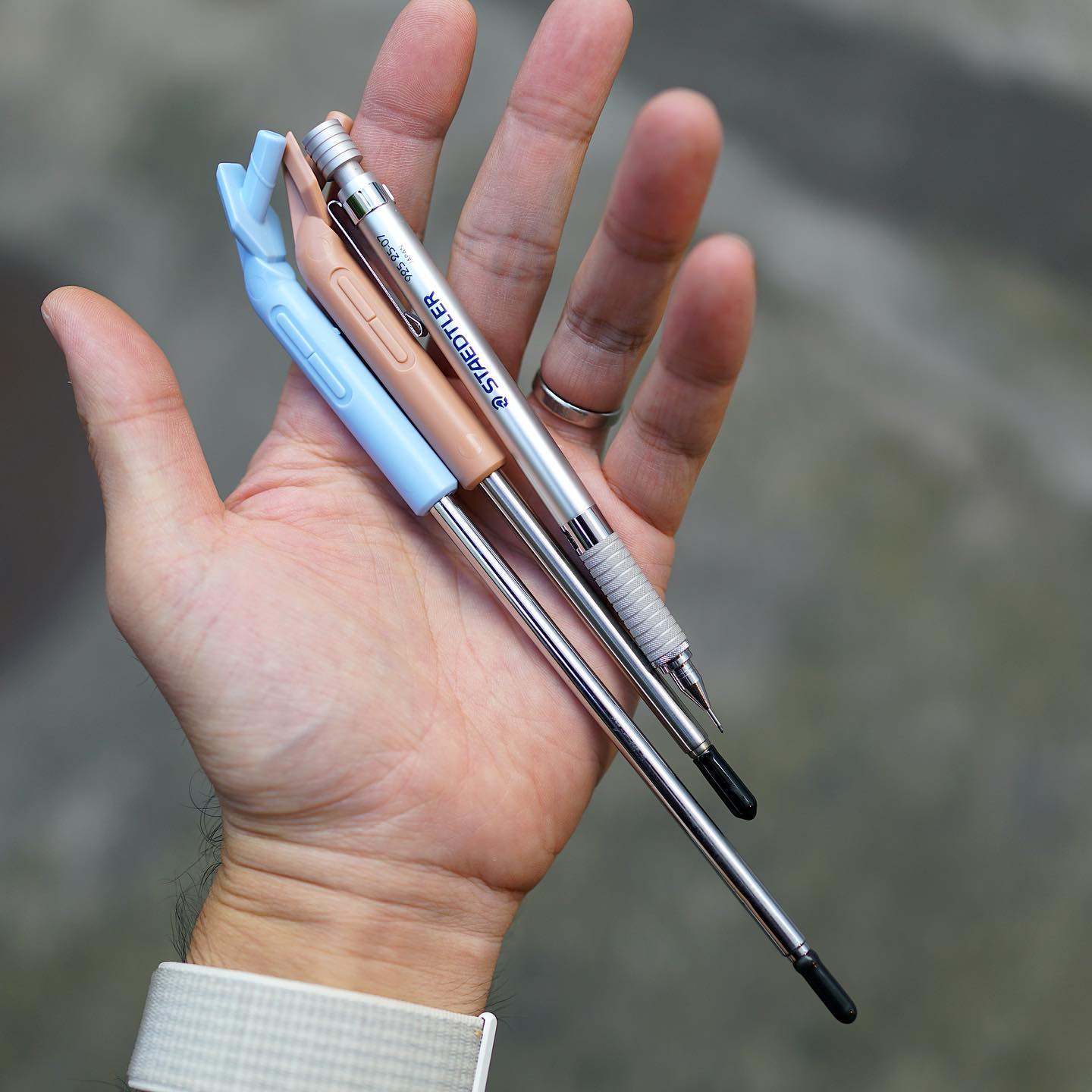 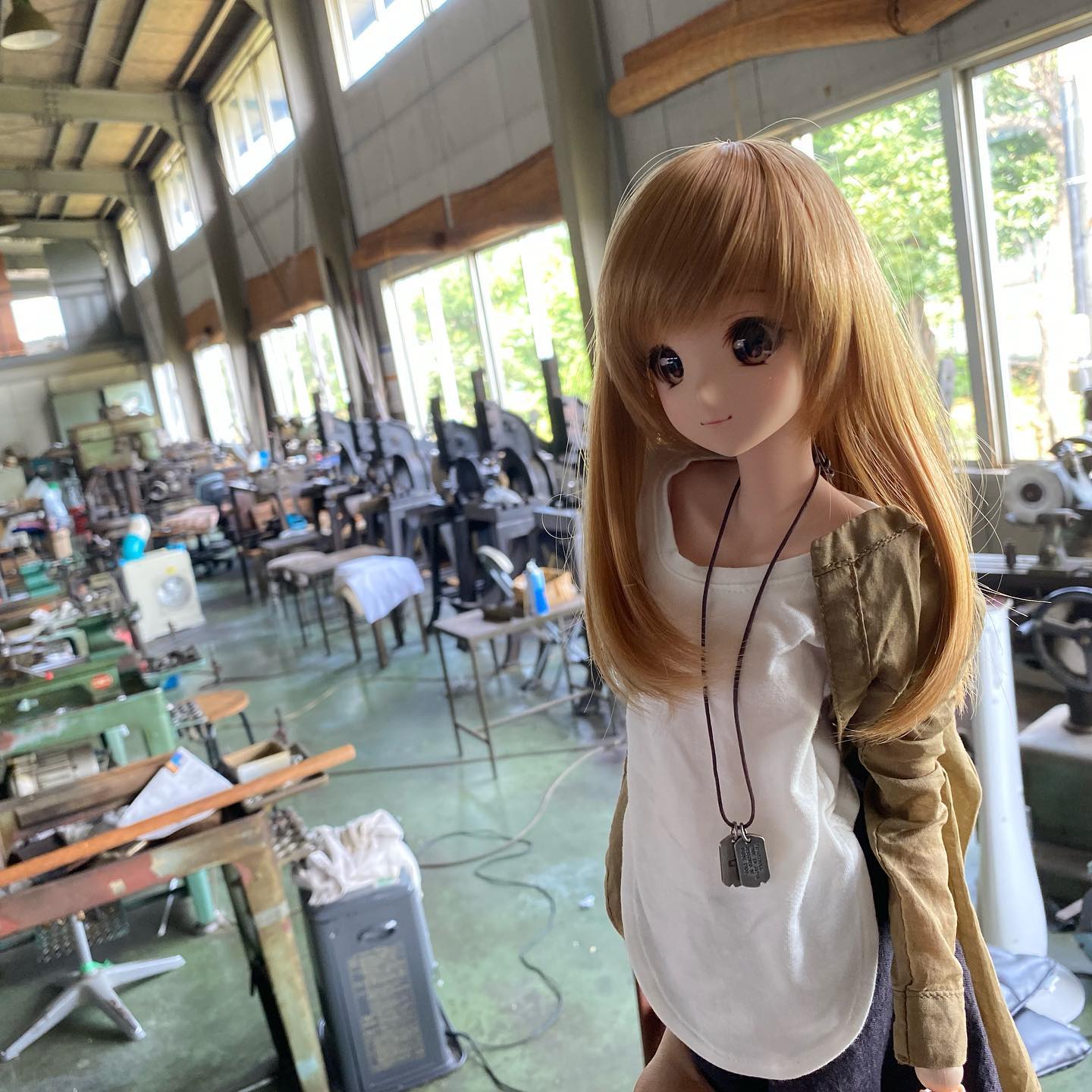 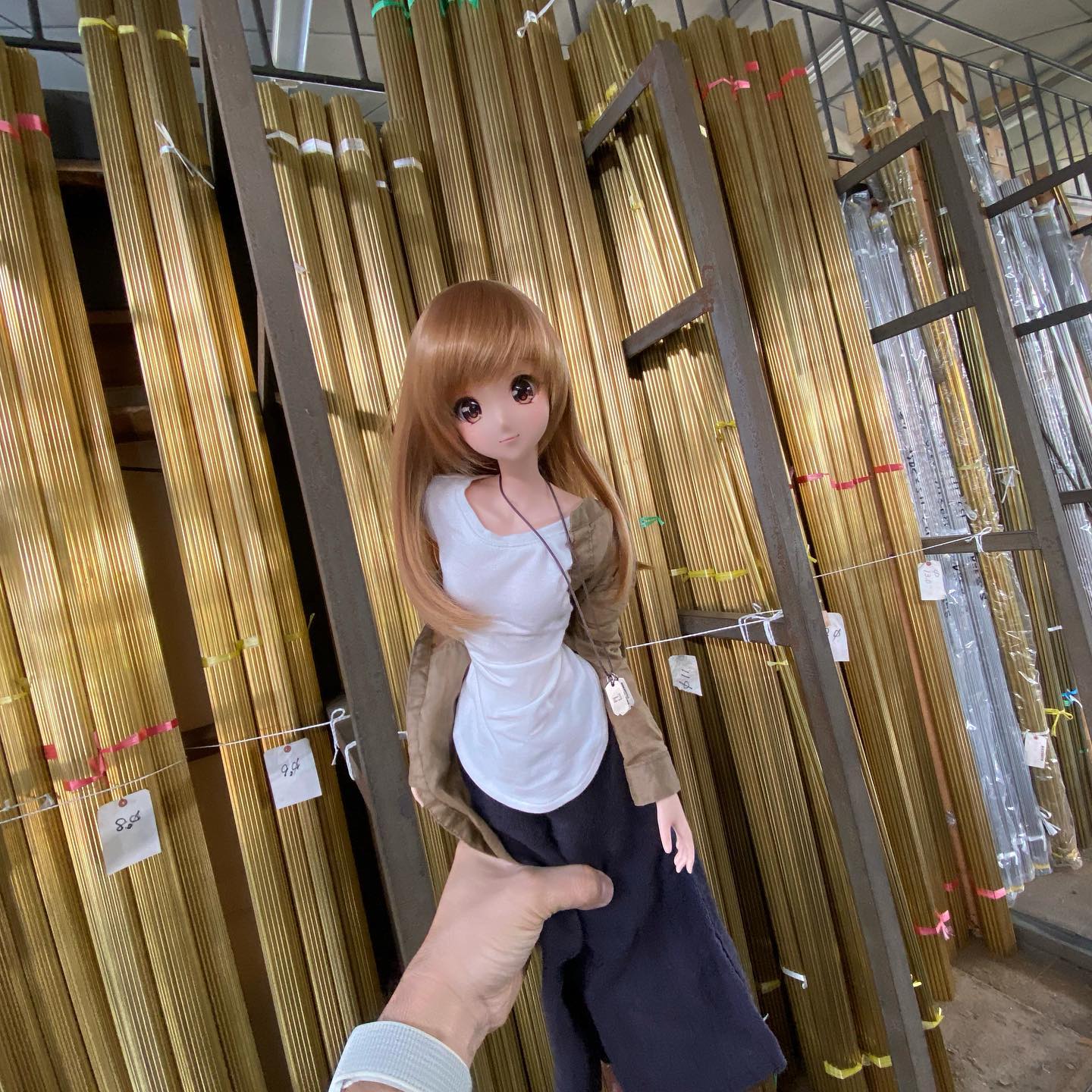 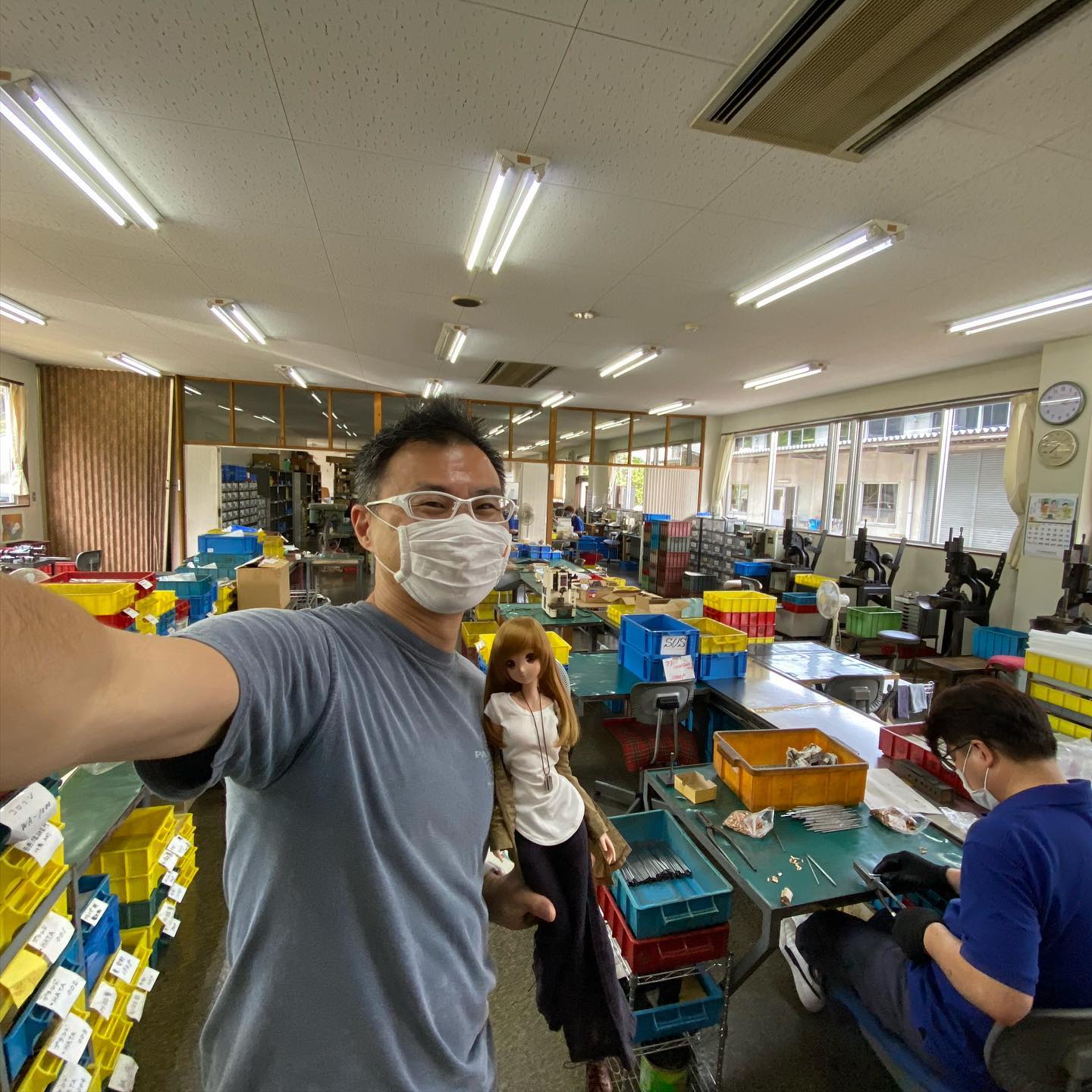 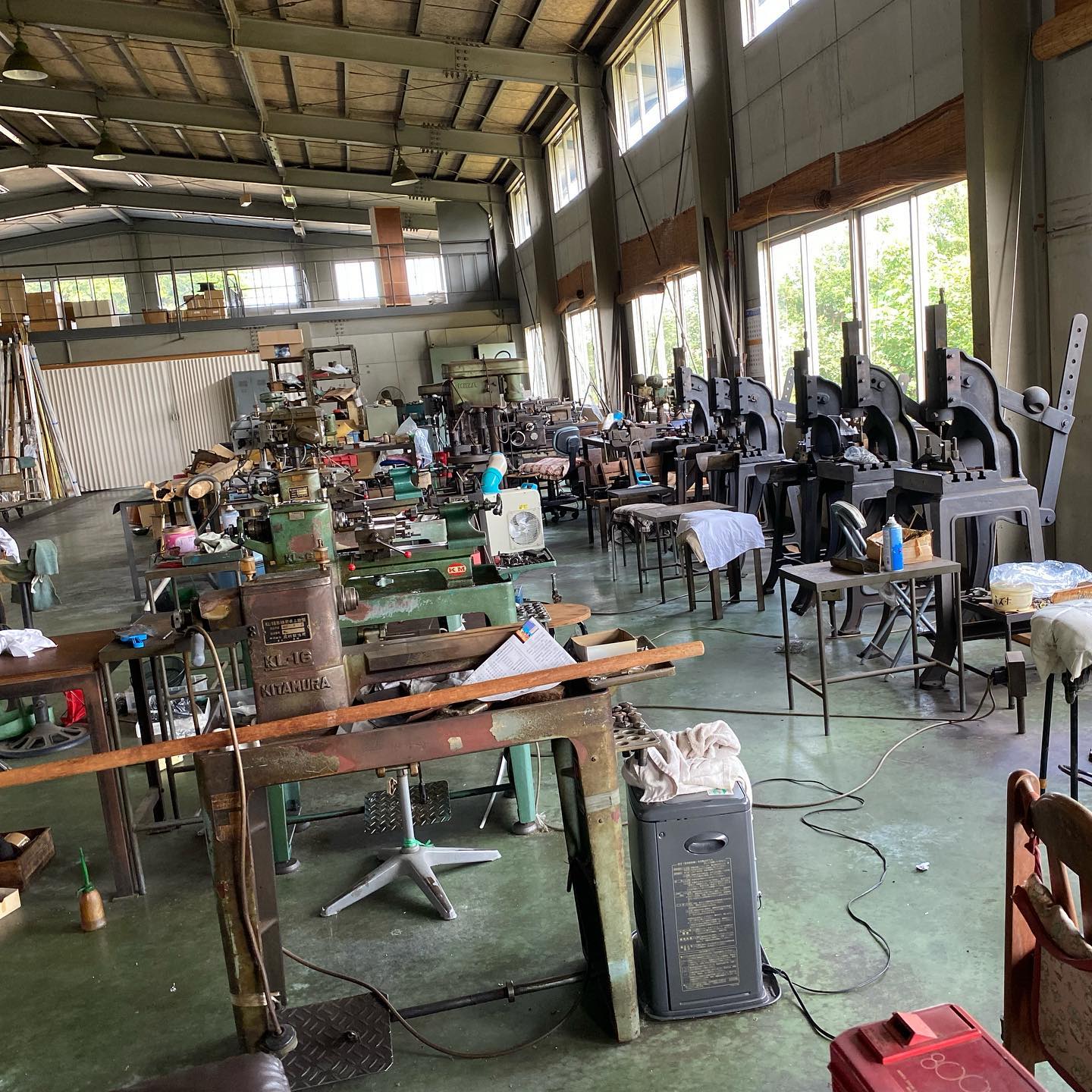 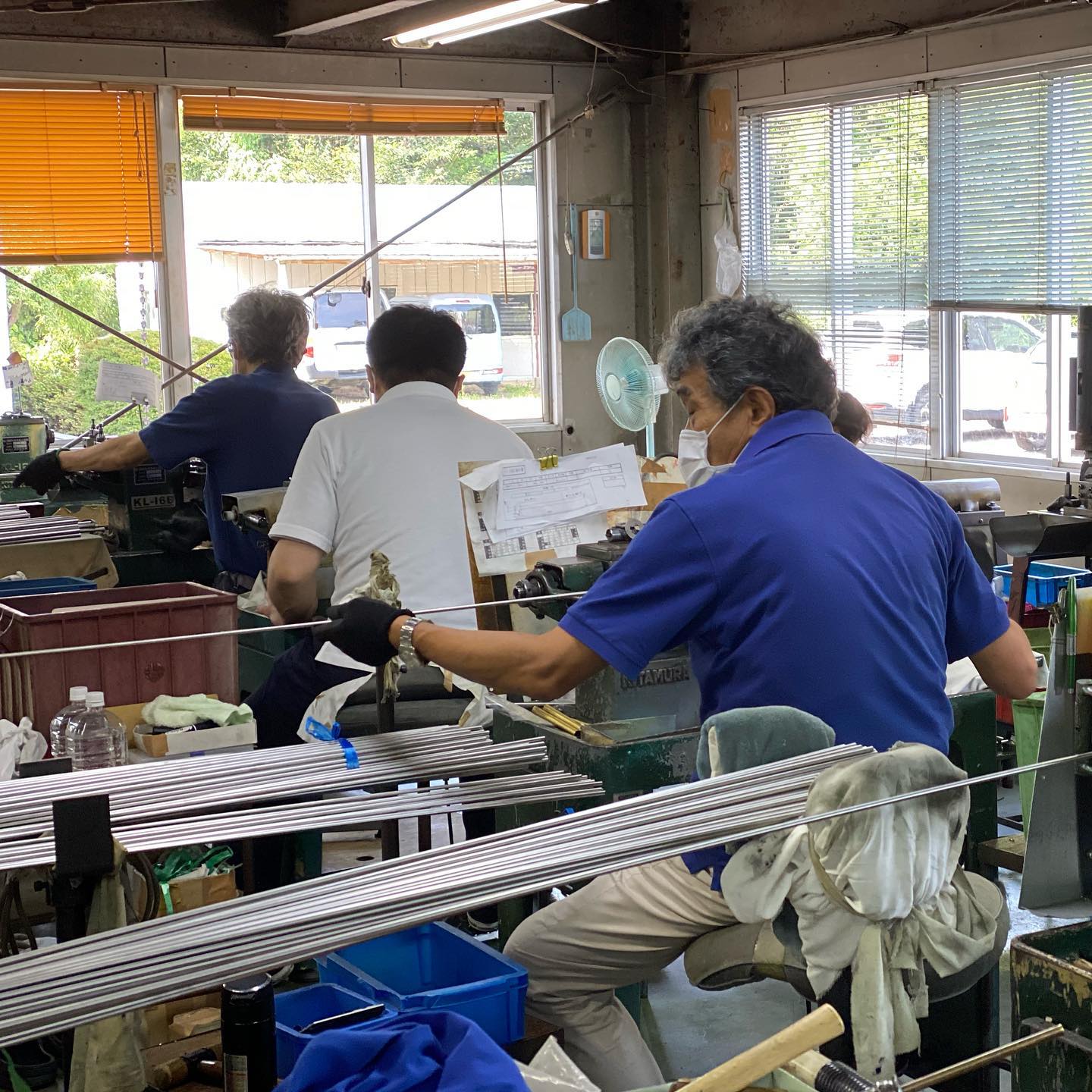 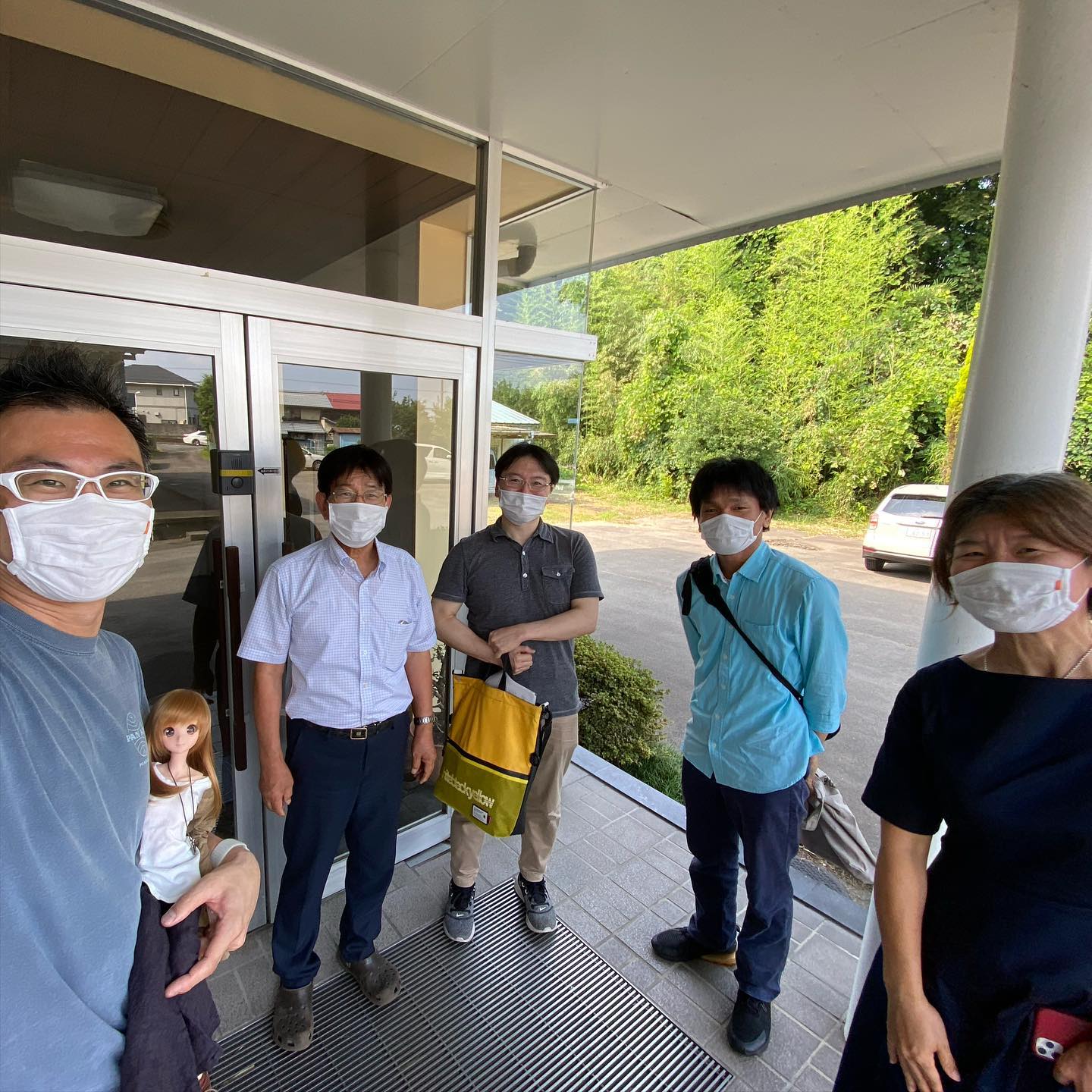 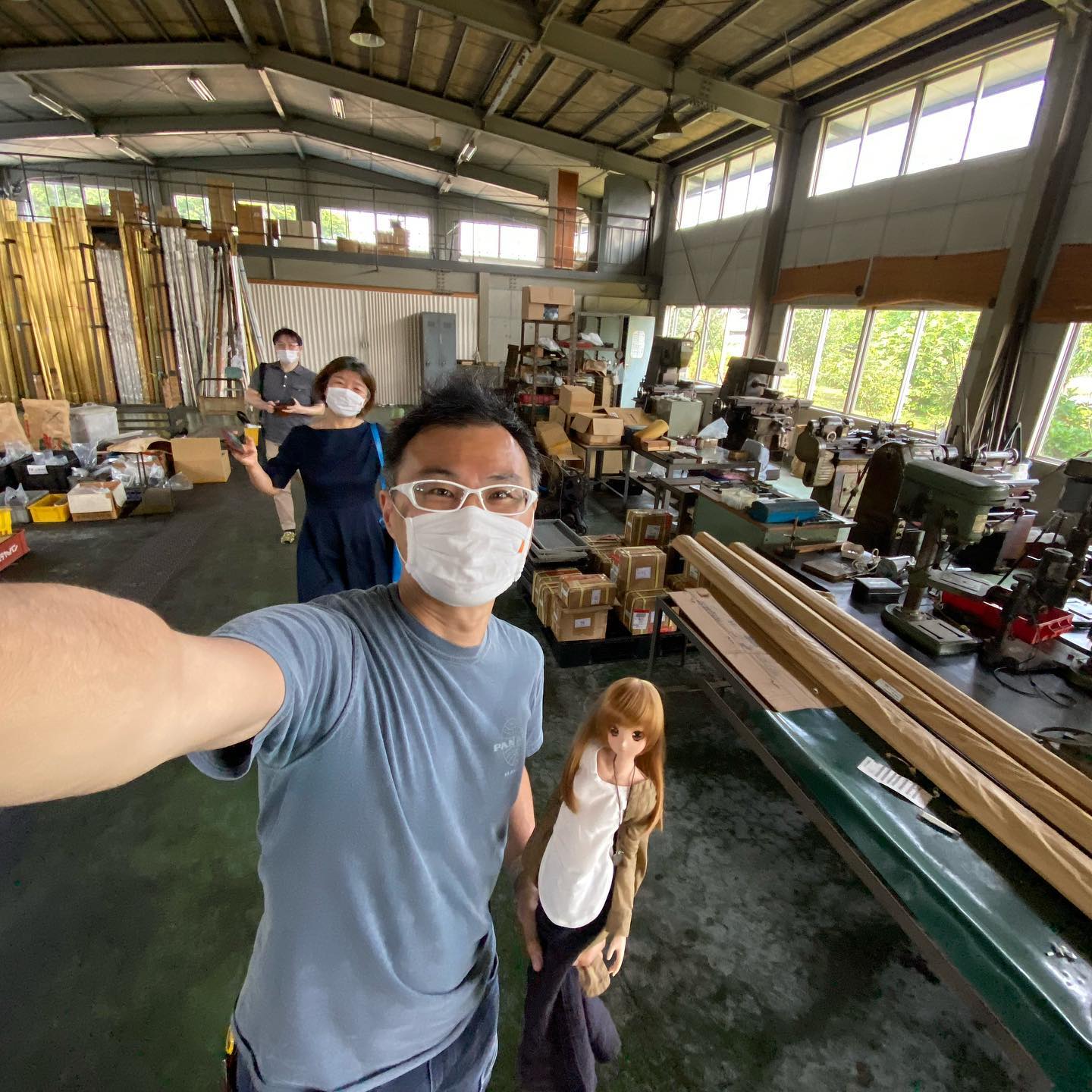 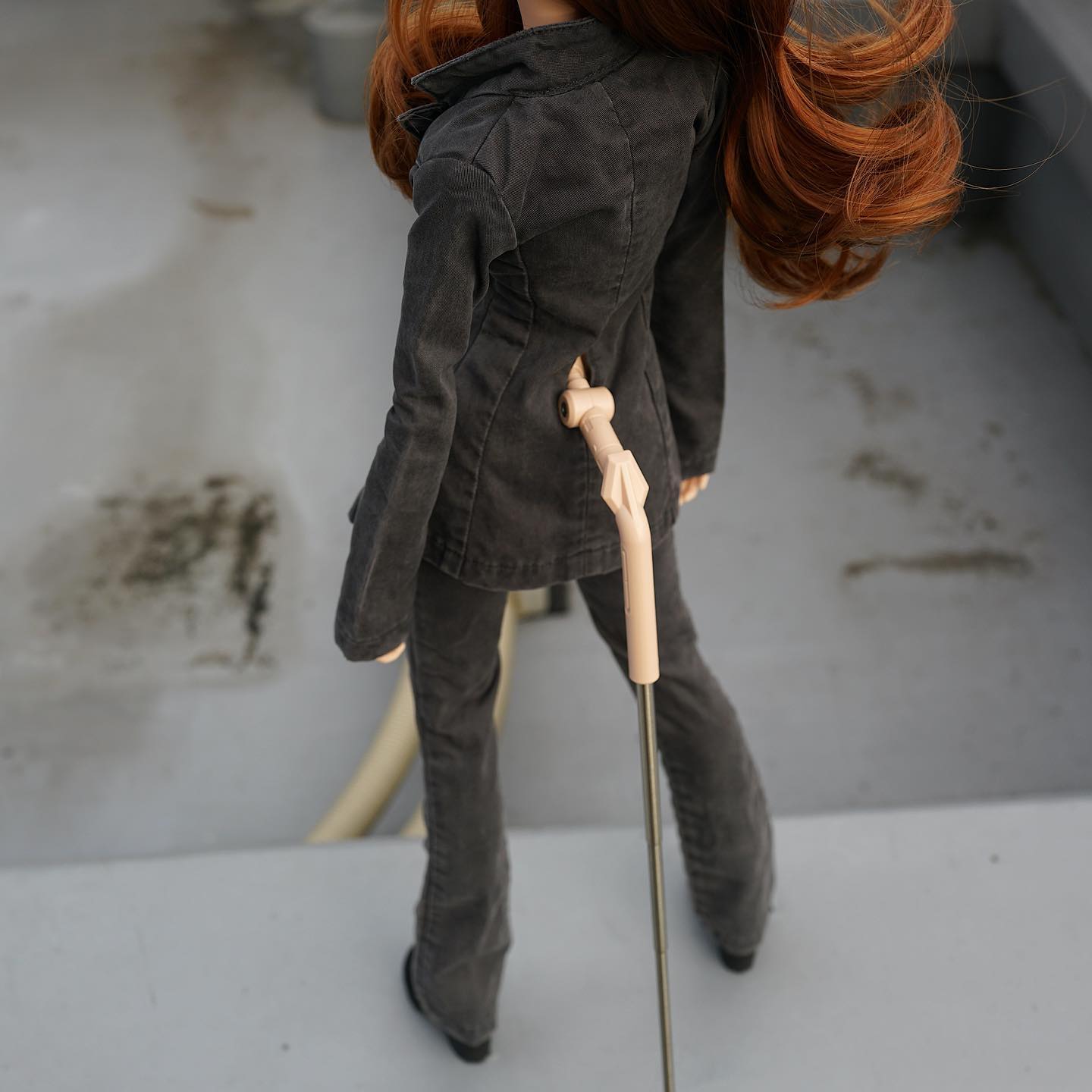 When I first designed the stand for Smart Doll, it was actually an acrylic pipe that could not collapse. During field testing, I felt kinda silly carrying it about
I eventually came up with the idea of using a telescopic rod that could extend and collapse but I could only source what was available as I had no know-how or means to make my own telescopic rods.

The telescopic stands that come with all Smart Dolls are nice - but could be better - I felt they were too long as they still stuck out of a pocket when collapsed. I managed to find a manufacturer that could make telescopic rods to our specifications - and they could do it in their factory in Gunma Japan.

We paid them a visit and a few weeks later we managed to come up with a decent prototype to go to market with. The new telescopic stand is thicker, more sturdy and less likely to snap when being collapsed. The surface has a nice matte finish instead of the previous shiny one. The rubber tip is also less likely to come off and all this is thanks to the rod being made to our specifications.
The new rod doesn't extend as far as the previous one but doesn't need to anyway unless your Smart Doll is on stilts. The previous one extended to the same height as the Smart Doll, which was useless as the Support Socket is located above the botty. The new one extends to about 45cm which is more than enough.

The new stand is being shipped with all Smart Dolls now. The photo shows the old in blue and new in cinnamon. Some of our vendors may still hold stock that comes with the old stand though.
Being made in Japan to our specifications, the rod now costs us some 6 times more than what it originally was - but the quality is worth it so the price of Smart Doll remains the same.

Folks who are interested in buying the new stands will have to wait a bit until the tails become orange. In the near future the tails will all be Chappie orange. It's not supposed to be part of the body and is currently the same color as the frame only because it's on the same runner. Orange is because when you are traveling, it's easier to find if you drop it outside or when in a car or plane.
#tokyo #smartdoll #anime #manga #doll #bjd #fashion