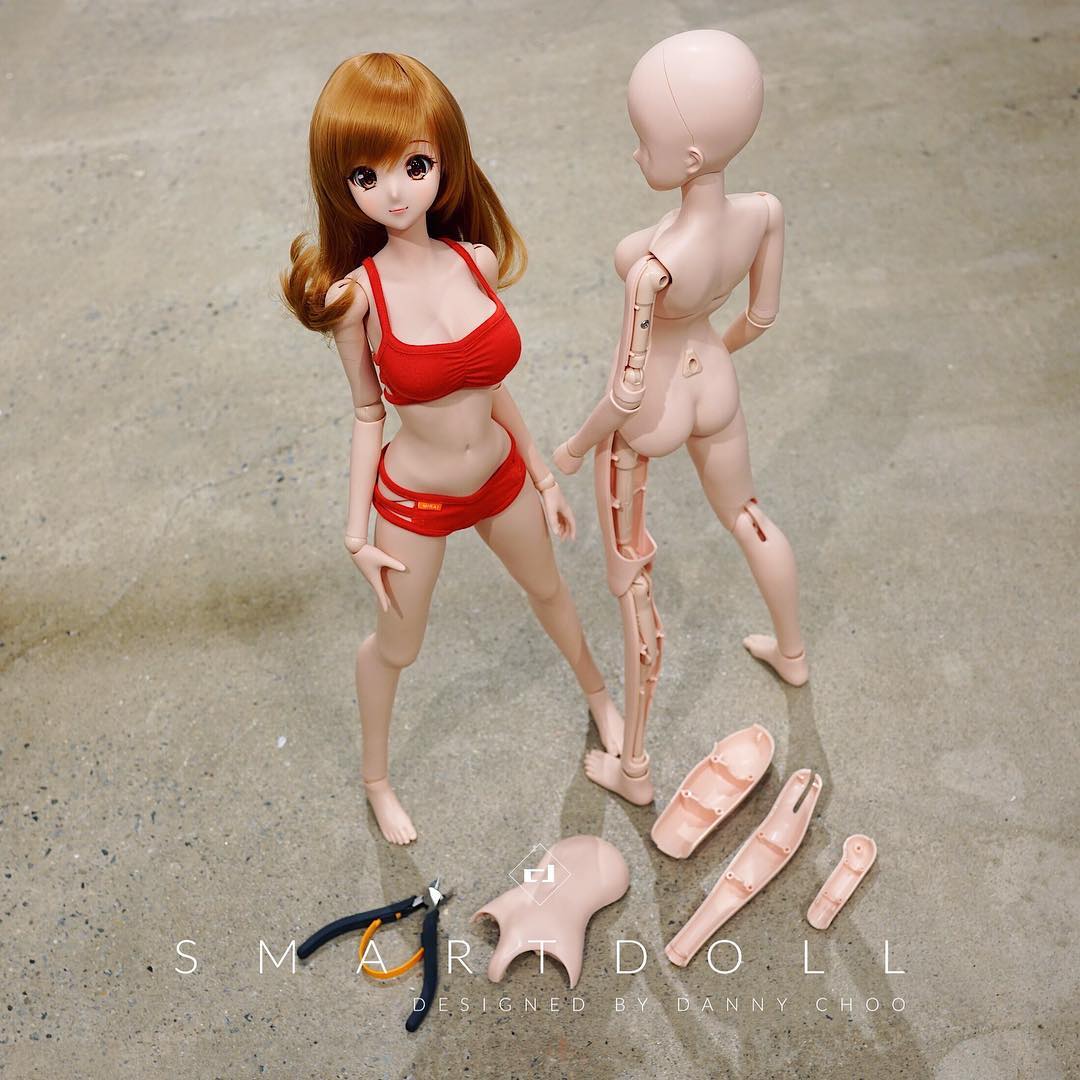 Smart Doll Cortex - its the plastic model version of Smart Doll. The material is Asaflex made by Asahi Kasei in Japan. “Cortex” is just a code name and not sure whether it will be the official name upon release. Even though production is in Japan, Cortex enables us to make Smart Dolls at a lower cost in larger amounts.
Vinyl and Asaflex both have pros and cons and I will make a page to list them for you soon. I am aiming for a late October/November release. The first release is due to be a special version of Mirai and will come pre-built. Kit versions require a special tool and I need to figure out how to make and include that tool in the box - it will be a one-time use tool that looks like a plier - a bit like the one-time use spanners that come with IKEA stuff. I got no release date for the kits yet.

One of the reasons why I made cortex is because I truly think that Smart Dolls are….cute. And I want more folks to have them and the way to do this is to introduce a lower priced model with the trade off that they have seam-lines. Kids (and parents) will not mind the seamlines. Folks who want cheaper Smart Dolls with no seamlines can…have the best of both worlds by removing seams just like Gundam modelers do - yes will post tutorial for that too.

Do note that I need to somehow recoup 3 years of research and development time across multiple staff members and those mold costs which could have bought me 3 buildings in Ginza - the molds are made in Japan too. So don’t expect Cortex to be 50 USD on launch. #smartdoll