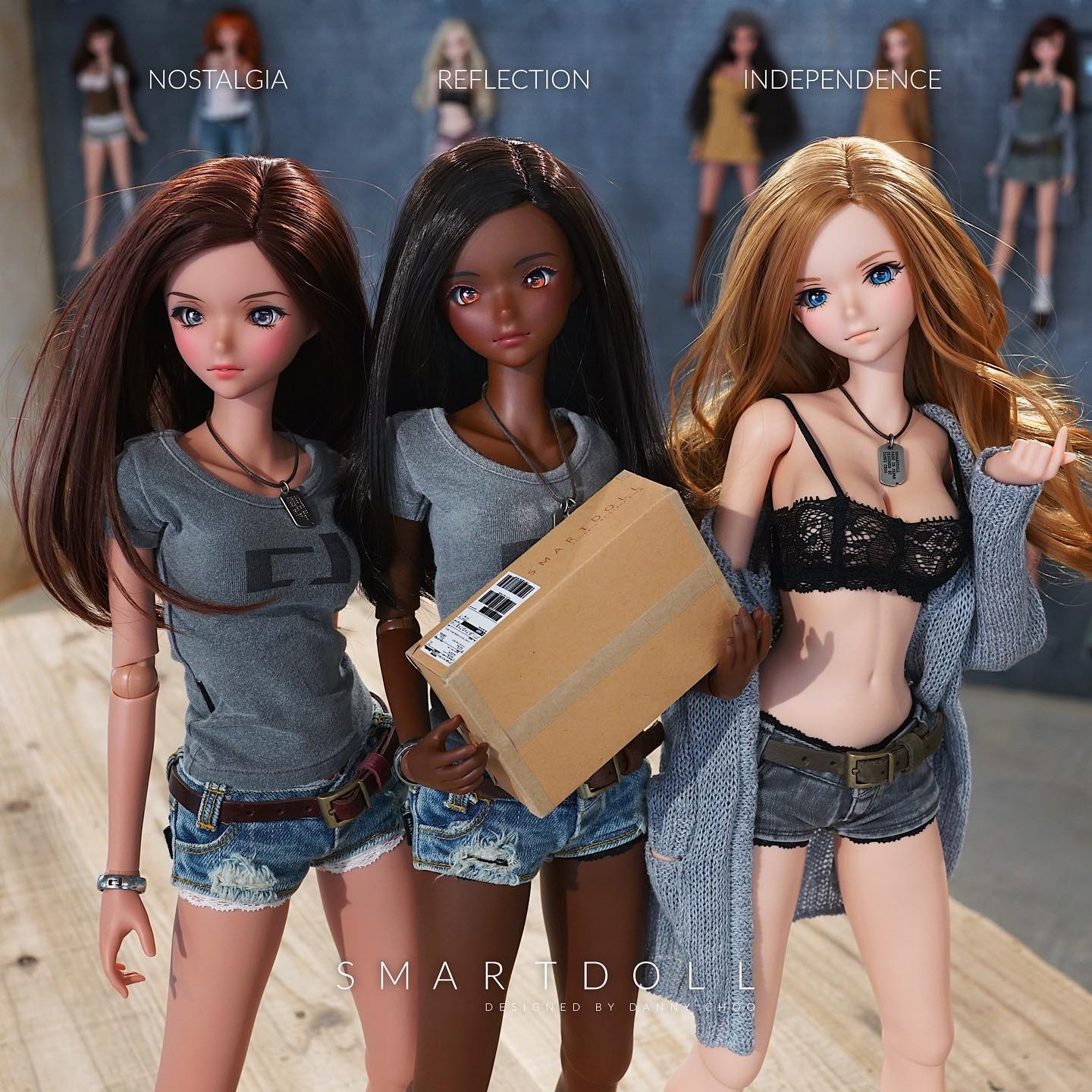 Diversity Trio - Nostalgia, Reflection and Independence. The next to be released will be Resilient - the one who took this photo ;-)
One of the things I get asked often is "why can't Smart Doll announce release dates like other doll companies?" The answer is very straight forward - because staff welfare and quality comes first ;-) I've seen it happen in software and product development time and time again - a hard date is set for launch with many dependencies including advertising schedules and holiday seasons etc. The result is a half baked product launch. But at least one set of customers are happy - the shareholders.
I get contacted often regarding the possibility of us being listed as a public company in not only Japan but the US too. While I'm sure that many investors genuinely invest because they believe in the company, I would say that the majority invest for profit and would bail as soon as I do a "controversial" post on social media. I didn't set up this company to sell it.

Profits are important to keep a company going but ultimately it's the quality of the products that will keep us going for the long run.
We could focus all our time and resources on just product releases but R&D (Research and Development) is vital too. As such, new series like the semi-real characters have contributed greatly to the company and I'm sure the vintage line will do the same too if not more. If we focused purely on profits then we would not use resources on R&D as the only thing generated during the development phase is cash expenditure - not gain.

It goes without saying that we could get even more out the door if I chose to overwork my team which is very typical in the Japanese hobby industry. But as I discussed yesterday - this will never happen. Folks will have to wait until we believe the product is good to go, spend time tweaking what isn't and do so with healthy working conditions.
Besides - overworking means no Animal Crossing time and we cant have that can we ;-) But I confess - I've been playing more Streets of Rage on the Switch instead. Nostalgia! #tokyo #smartdoll #anime #manga #doll #bjd #fashion #3dprinting #fashiondoll #dollphoto #dollphotography