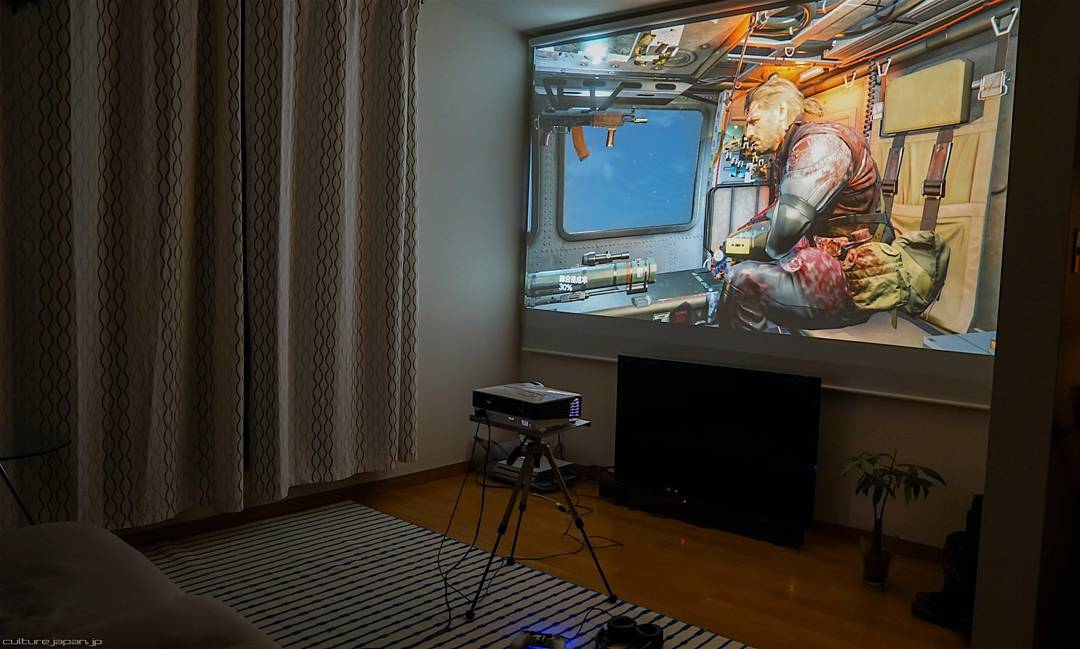 The short throw Benq projector that we bought originally for visuals at an event has been recycled for our use as a home theater and games screen. The roll screen was order made from this online store and cost 26,324 yen - it's not meant for projection and was just a roll screen for windows but I figured that it would work out.

Here I am with Snake which I would broadcast from time to time. My Playstation ID is dannychoodotcom - as always feel free to add me.

All my other consoles are at work now including the XBOX360. I only played the 360 for fitness games and thought to myself that I wouldn't get the XBOX ONE (not even for Rise of the Tomb Raider which is currently an XBOX ONE exclusive) but I recently found out about Quantum Break which looks very slick - I love the concept of time (most of the Mirai Millennium characters names are based on the concept of time) and this is something I would get the XBOX ONE for. What consoles are you playing of late?
#27335