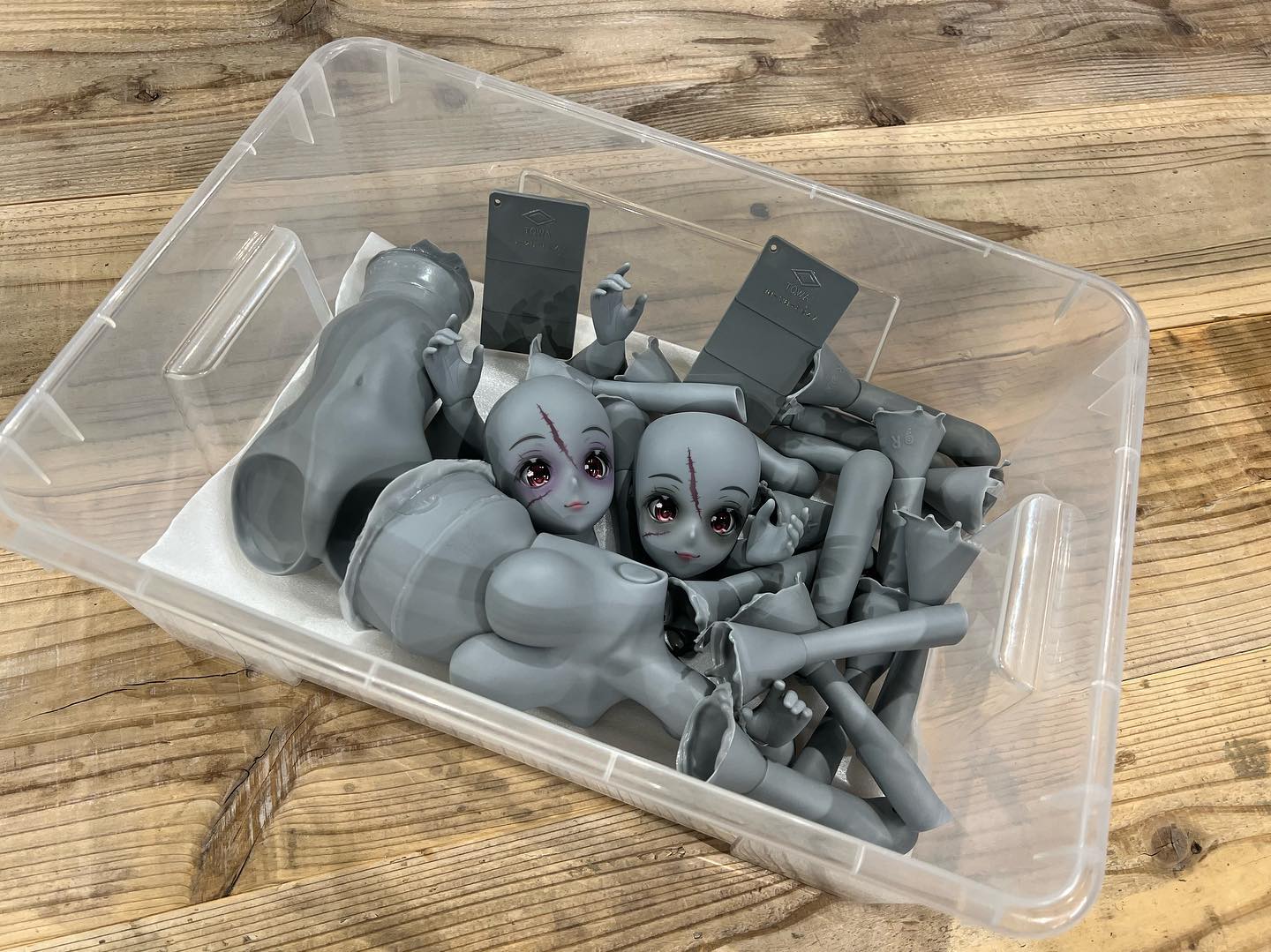 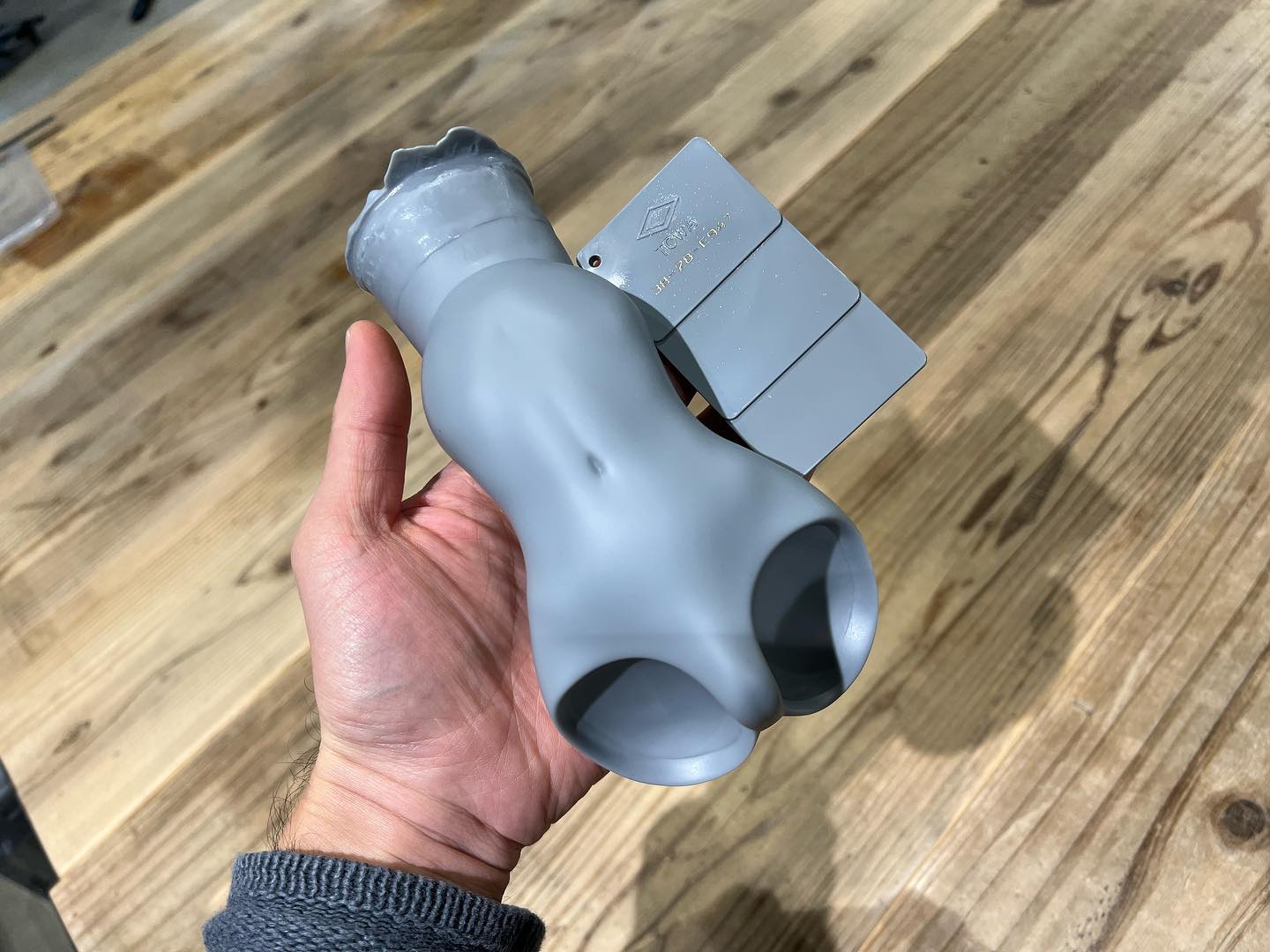 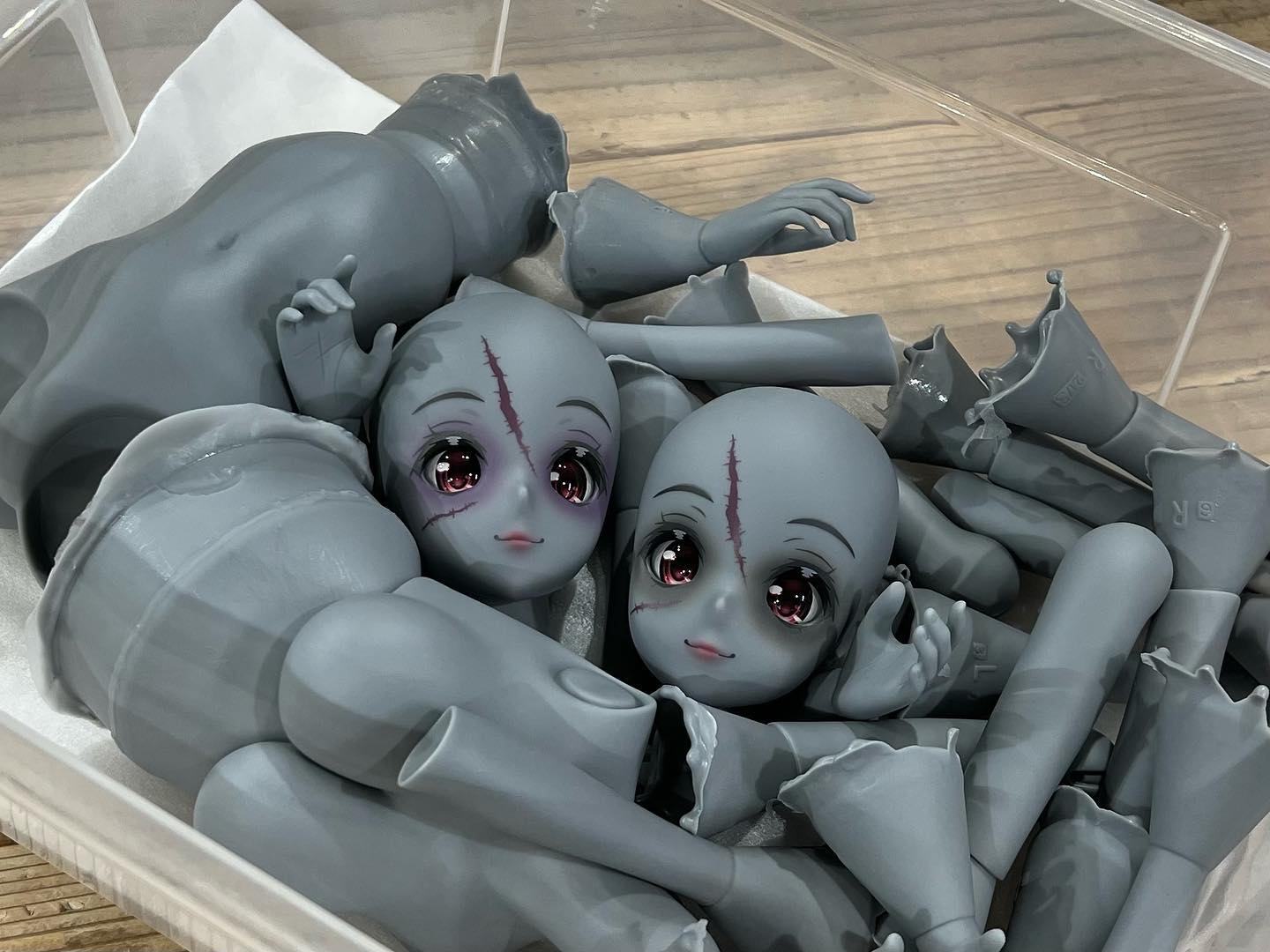 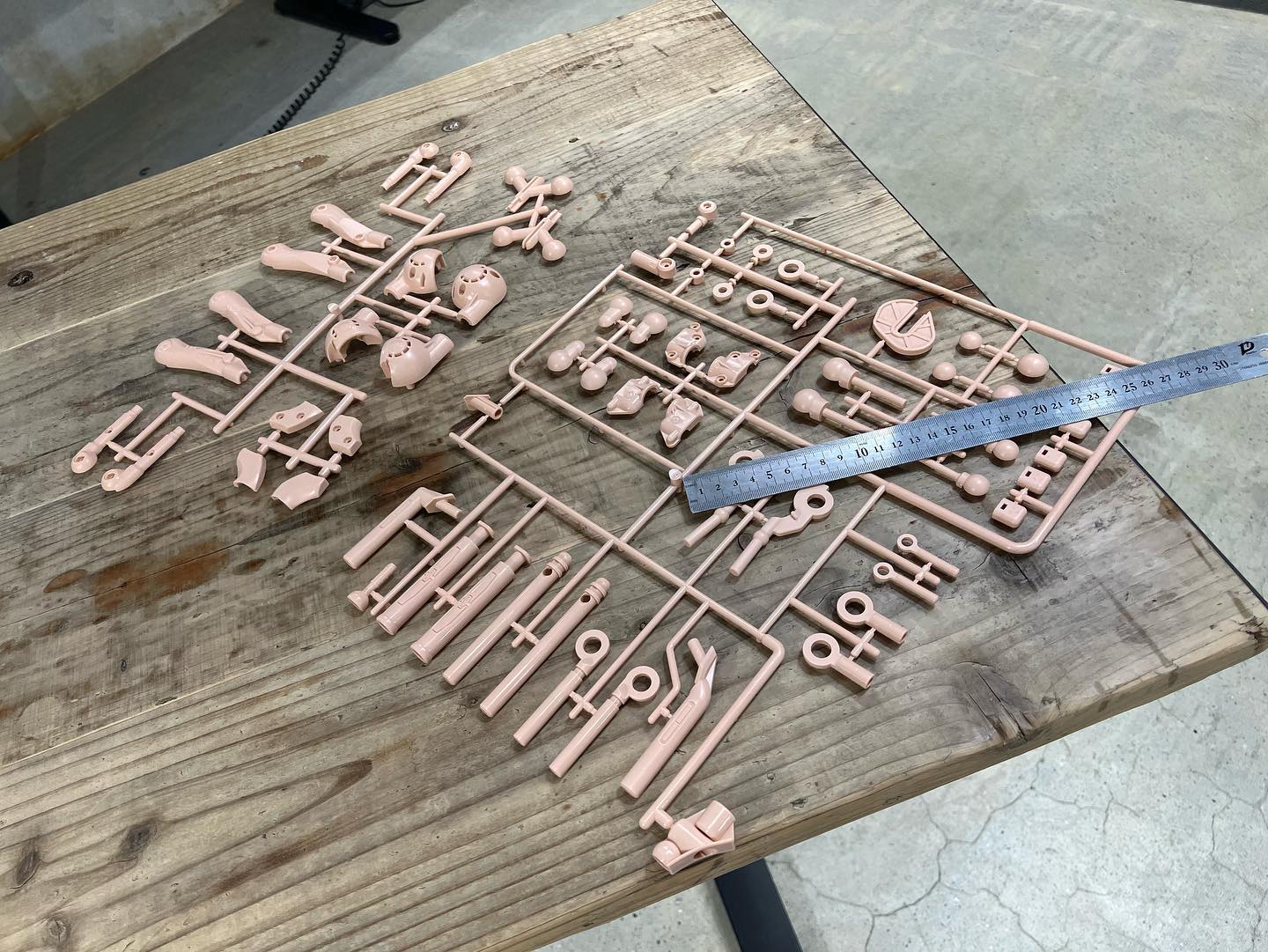 The Galactic Gray skin tone development is underway, but as previously mentioned, it may take up to a year to go through the multiple iterations of developing the frame color to match the vinyl.

Color matching of the frame and vinyl is challenging due to the matte surface, which scatters light in all directions. A matte surface is created by sandblasting the surface of the molds. However, variables such as temperature, pressure, and the speed of molten plastic injected into the mold affects the final surface appearance.

The distance of the ball joints from the Sprue (the large channel through which the molten plastic enters the mold) also affects the matte appearance - the more matte we want the part to look, the more pressure we need to use to push the plastic further but more pressure causes problems like parts being stuck in the cavity part of the mold...

One of these photos shows a gray plate - it's a sample for the plastic used for the frames - "PANTONE Cool Gray 8 C."

A matte surface will appear lighter in color due to the scattering of light, which means we need to go through multiple iterations of trial and error to get a good but not perfect match. This is the reason why the gray plate appears slightly darker than the vinyl in the photo.

Anyway, The first photo shows Anomaly (zombie) - with purple and gray shadowing around her eyes to create the hollowed-out effect. The purple looked odd at first, so I got a sample done in gray, but now they both seem to look OK - which do you prefer and why? Purple shadow or Gray shadow?
#tokyo #smartdoll #anime #manga #doll #fashion #3dprinting #fashiondoll #design #madeinjapan #japan