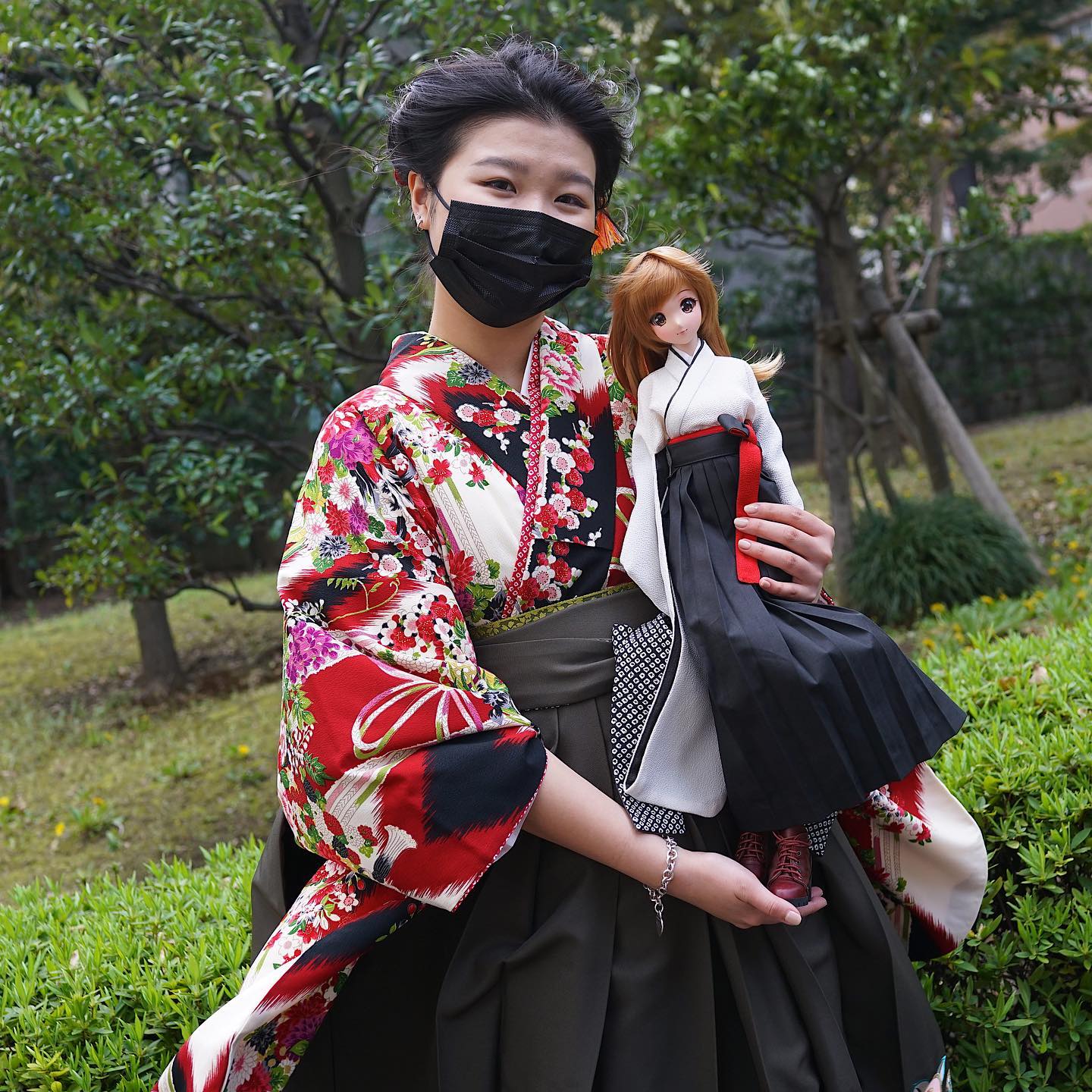 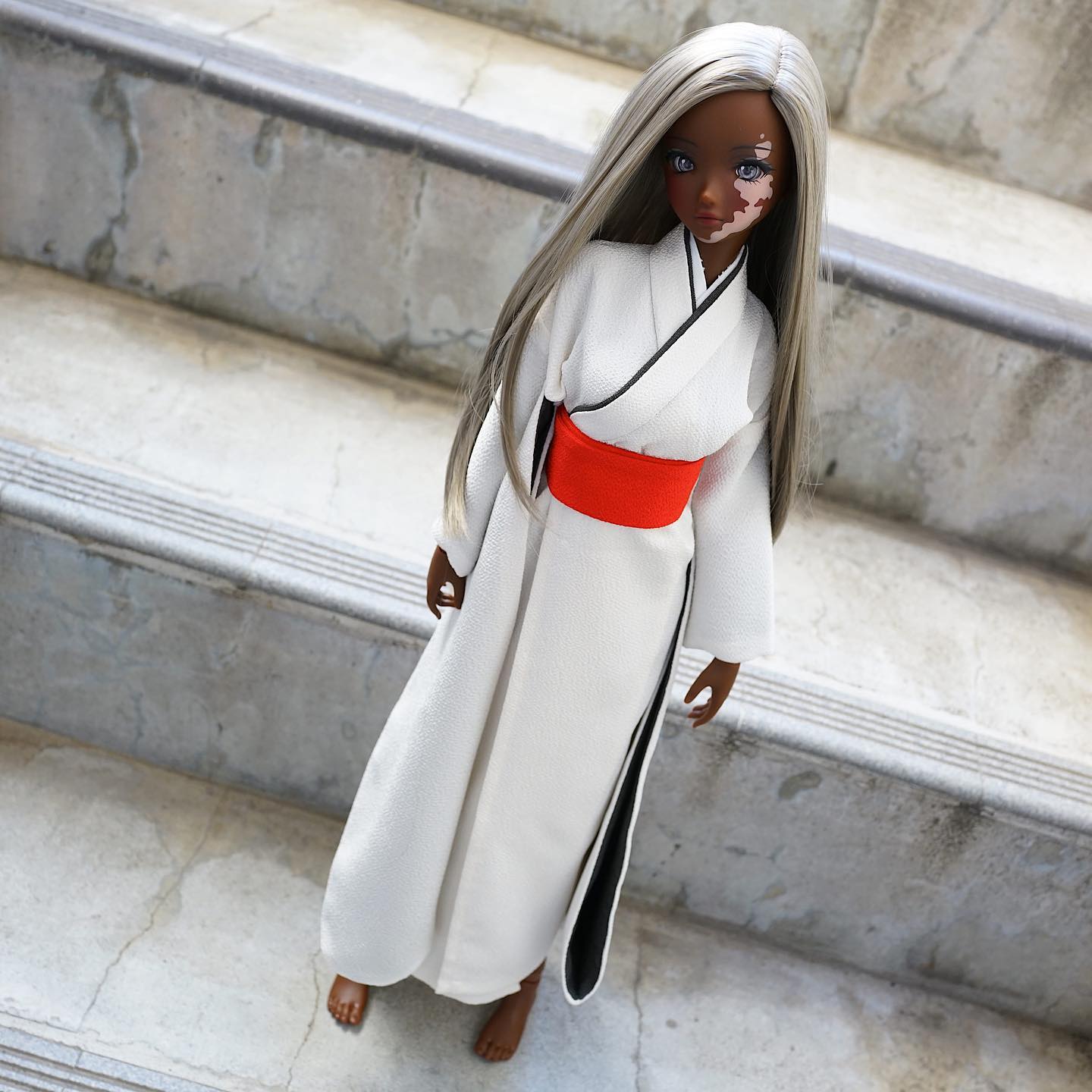 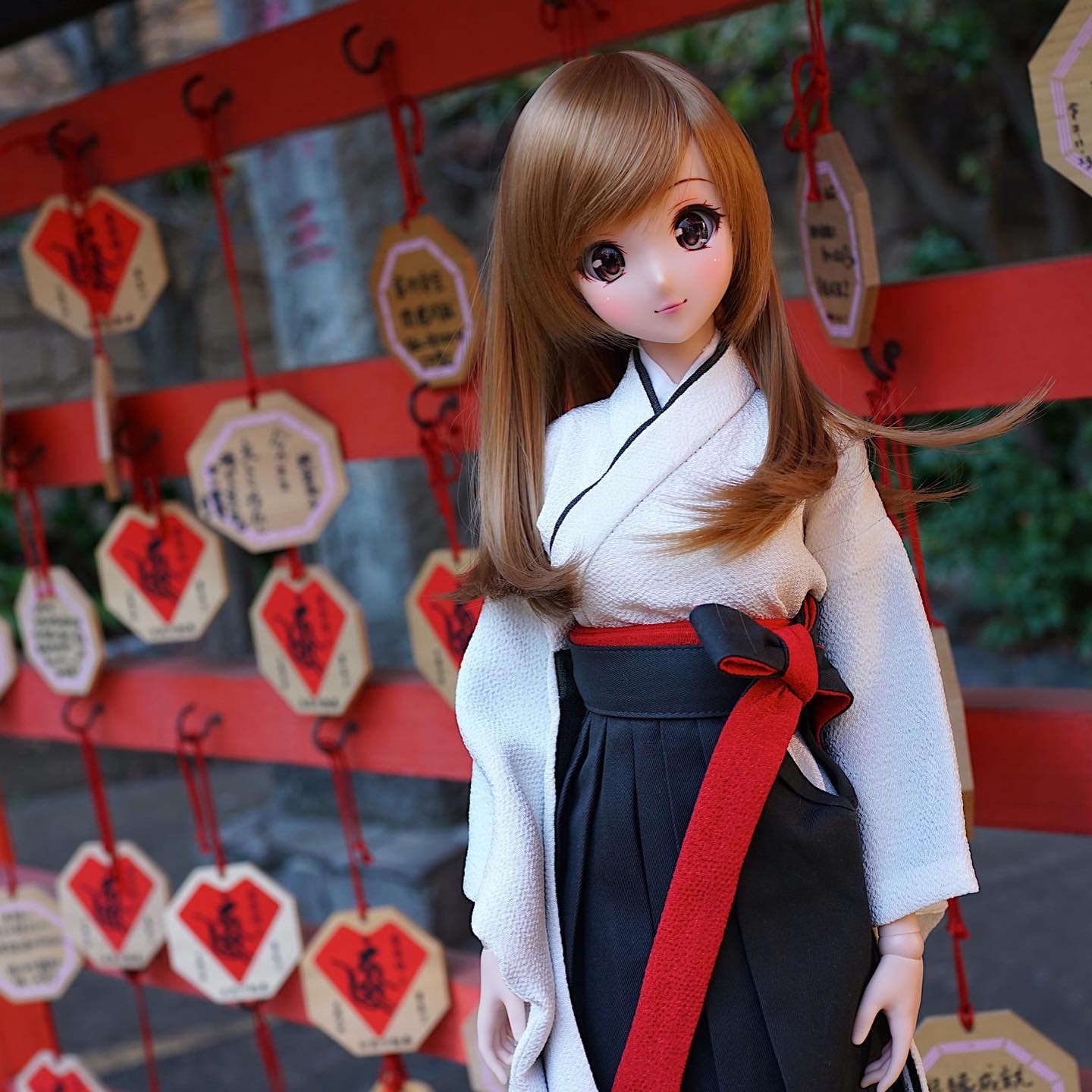 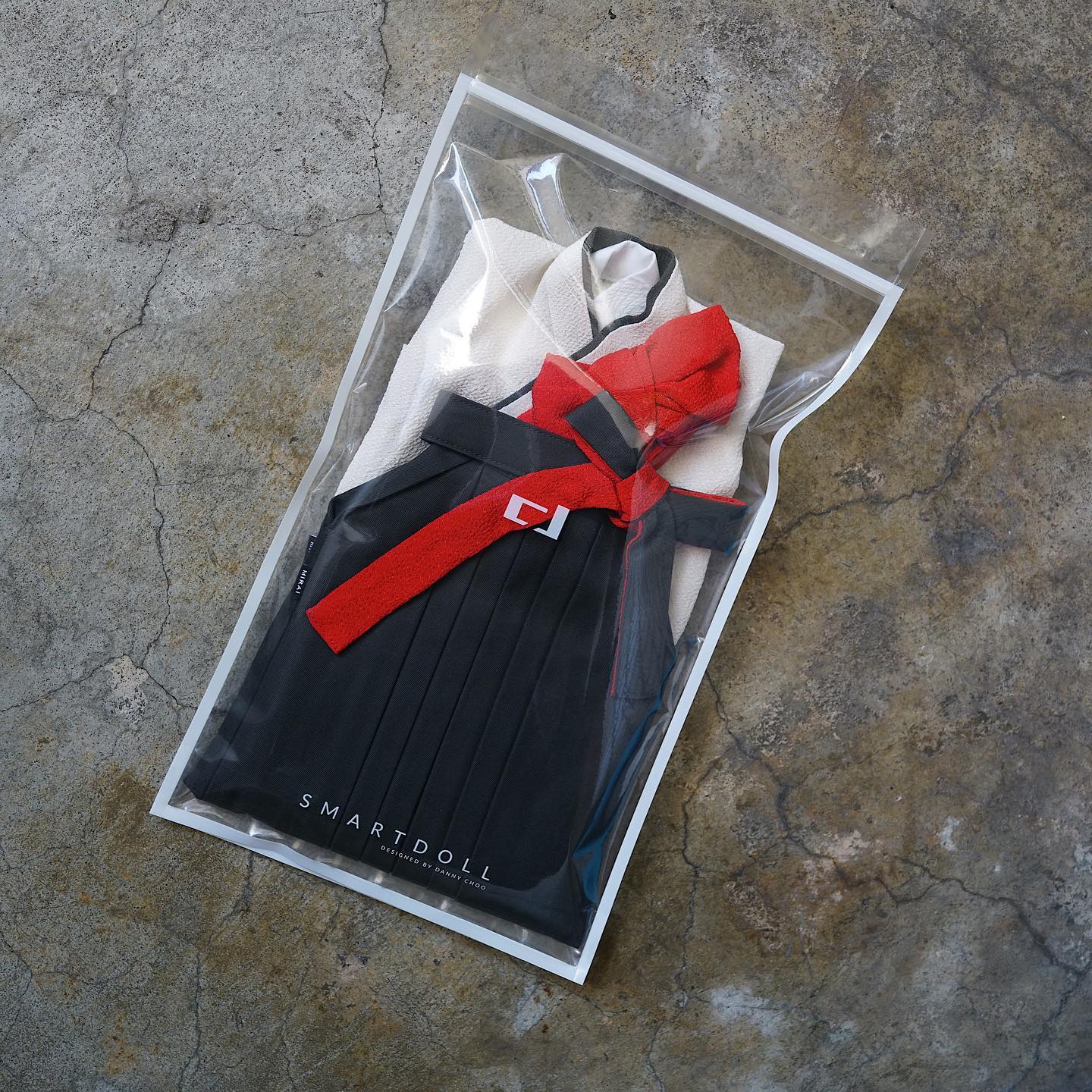 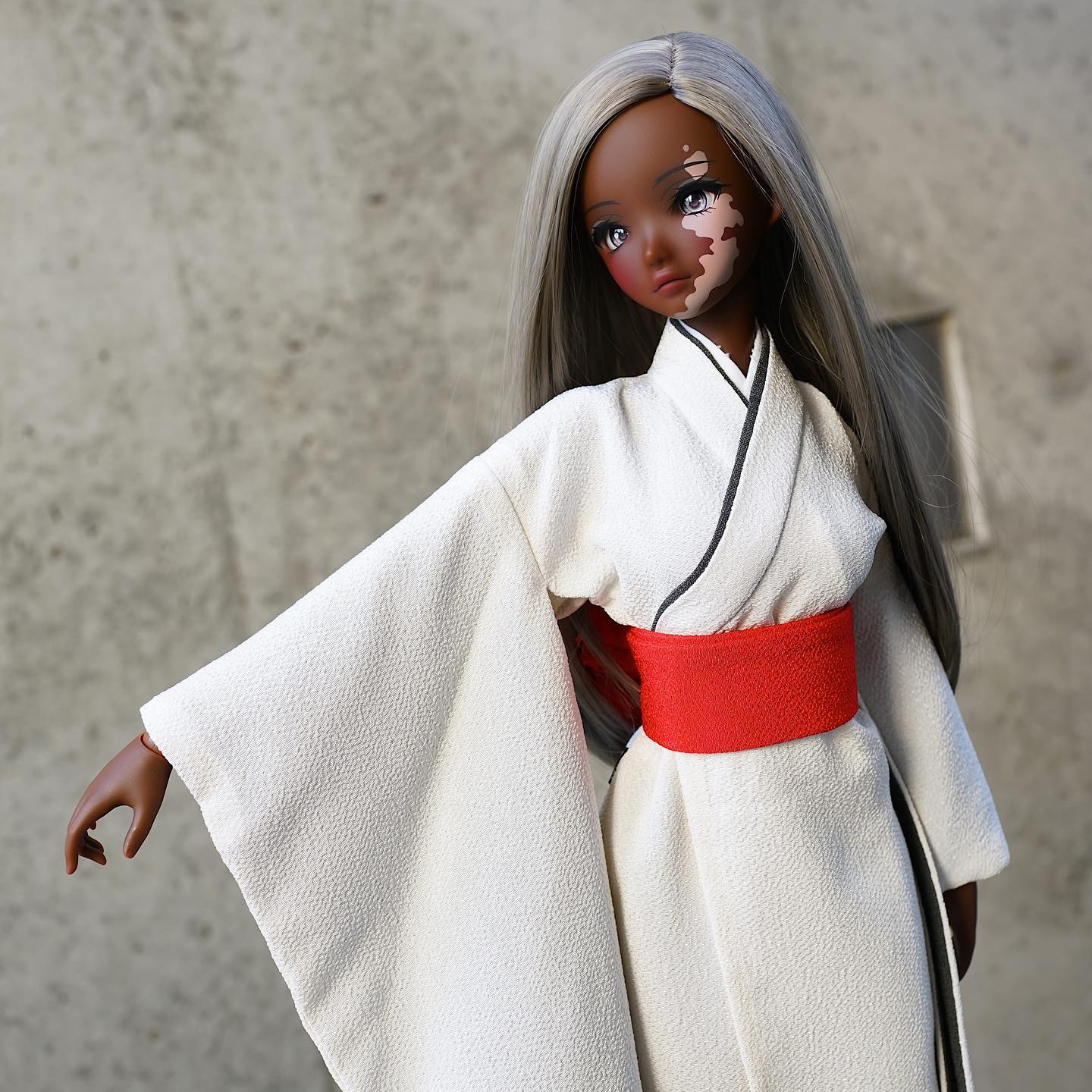 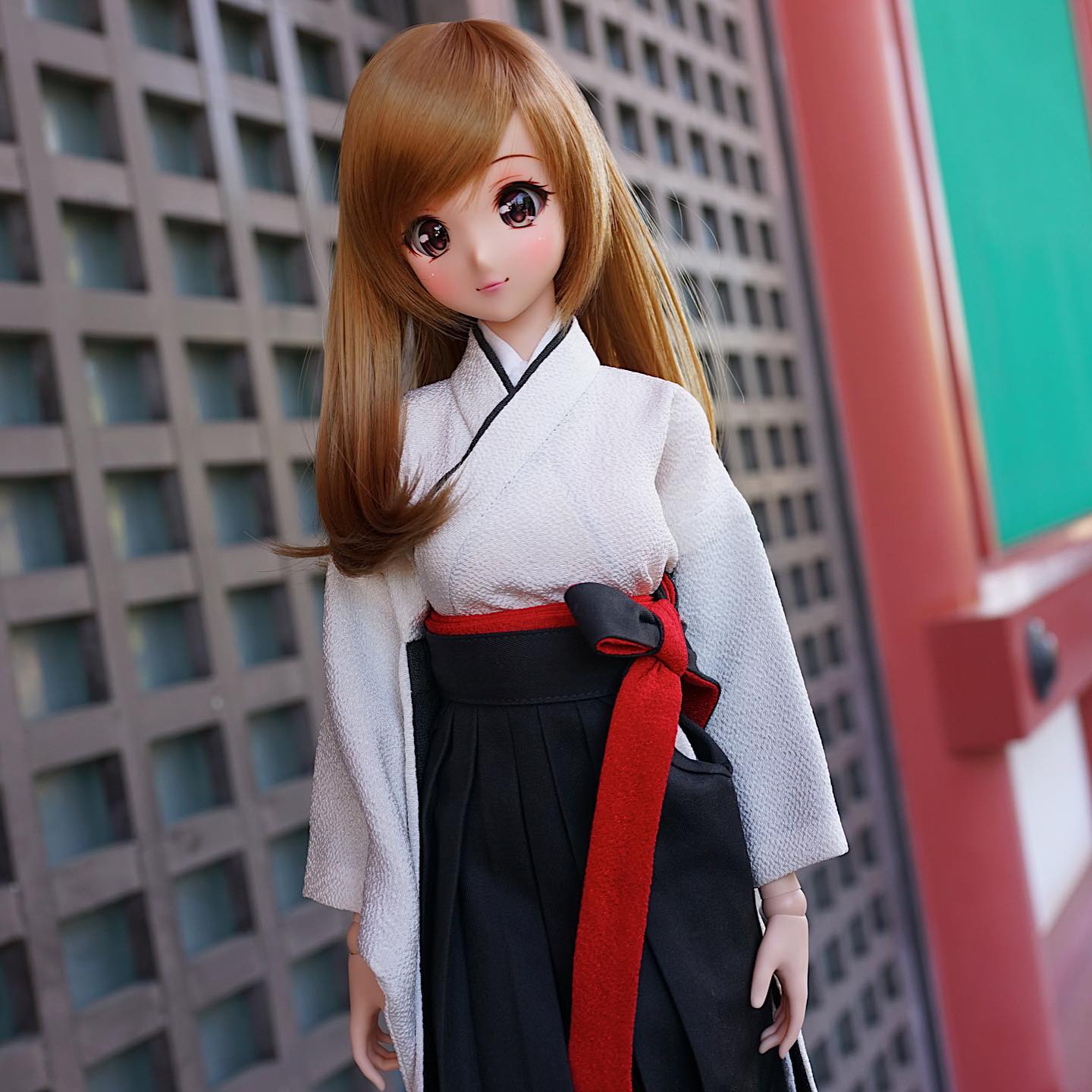 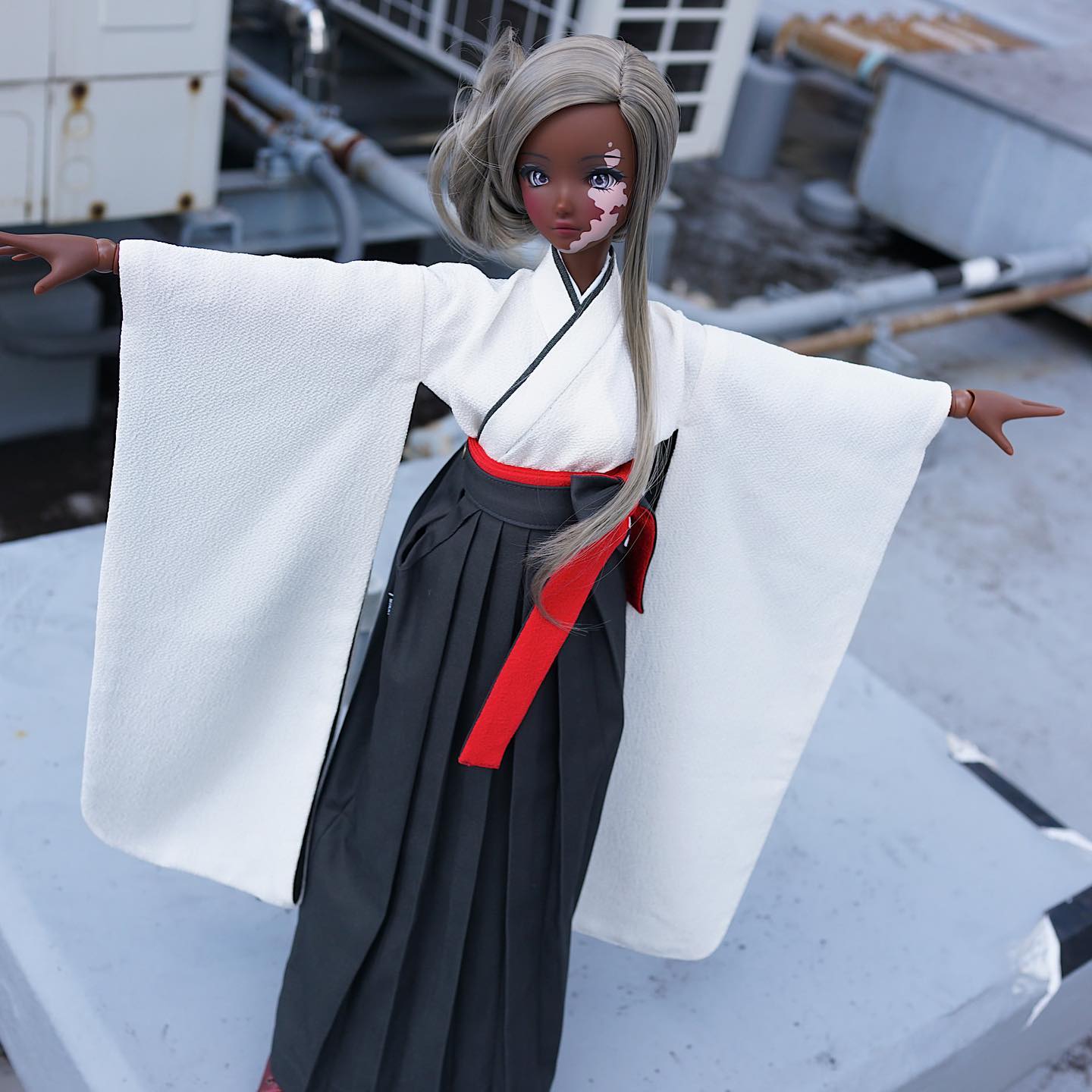 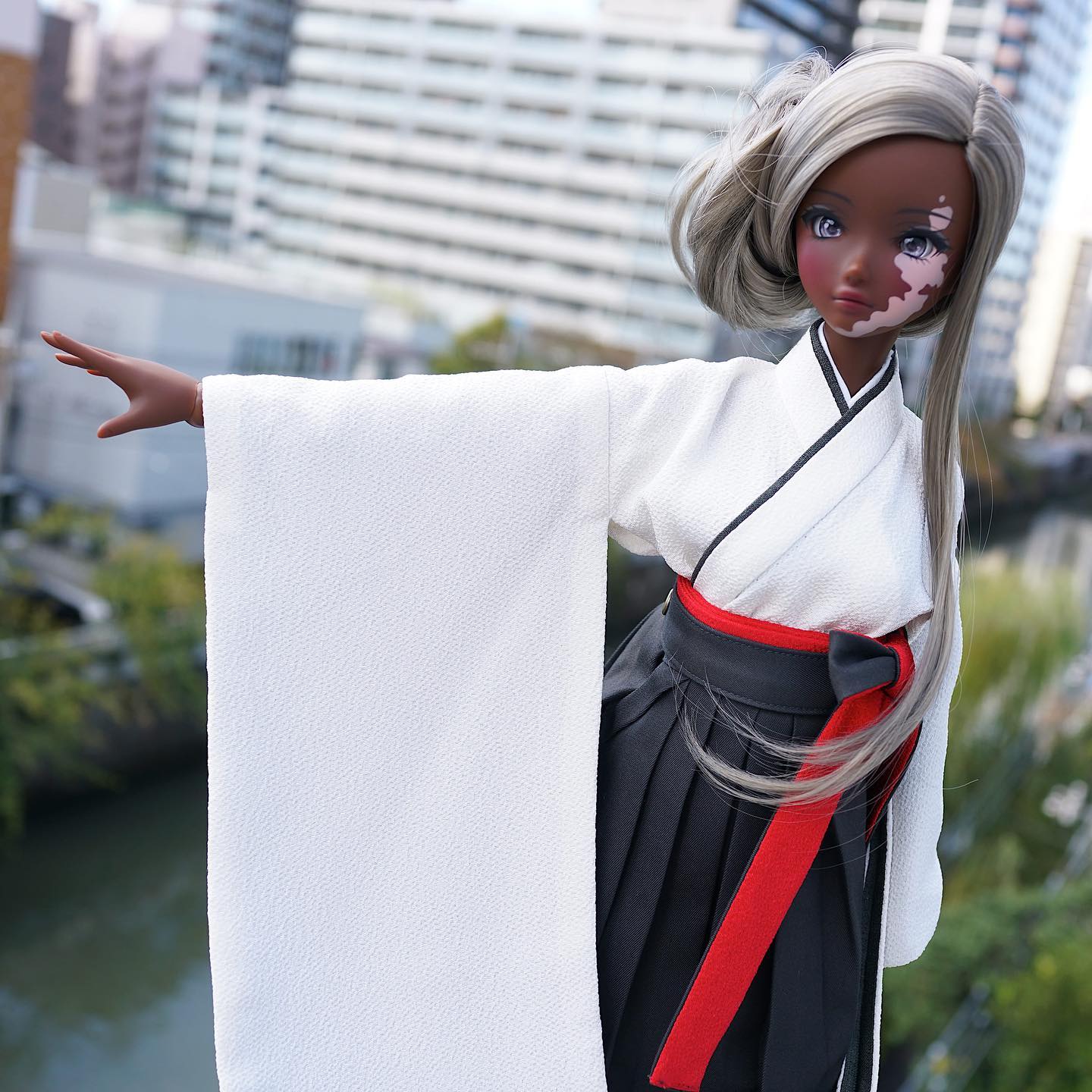 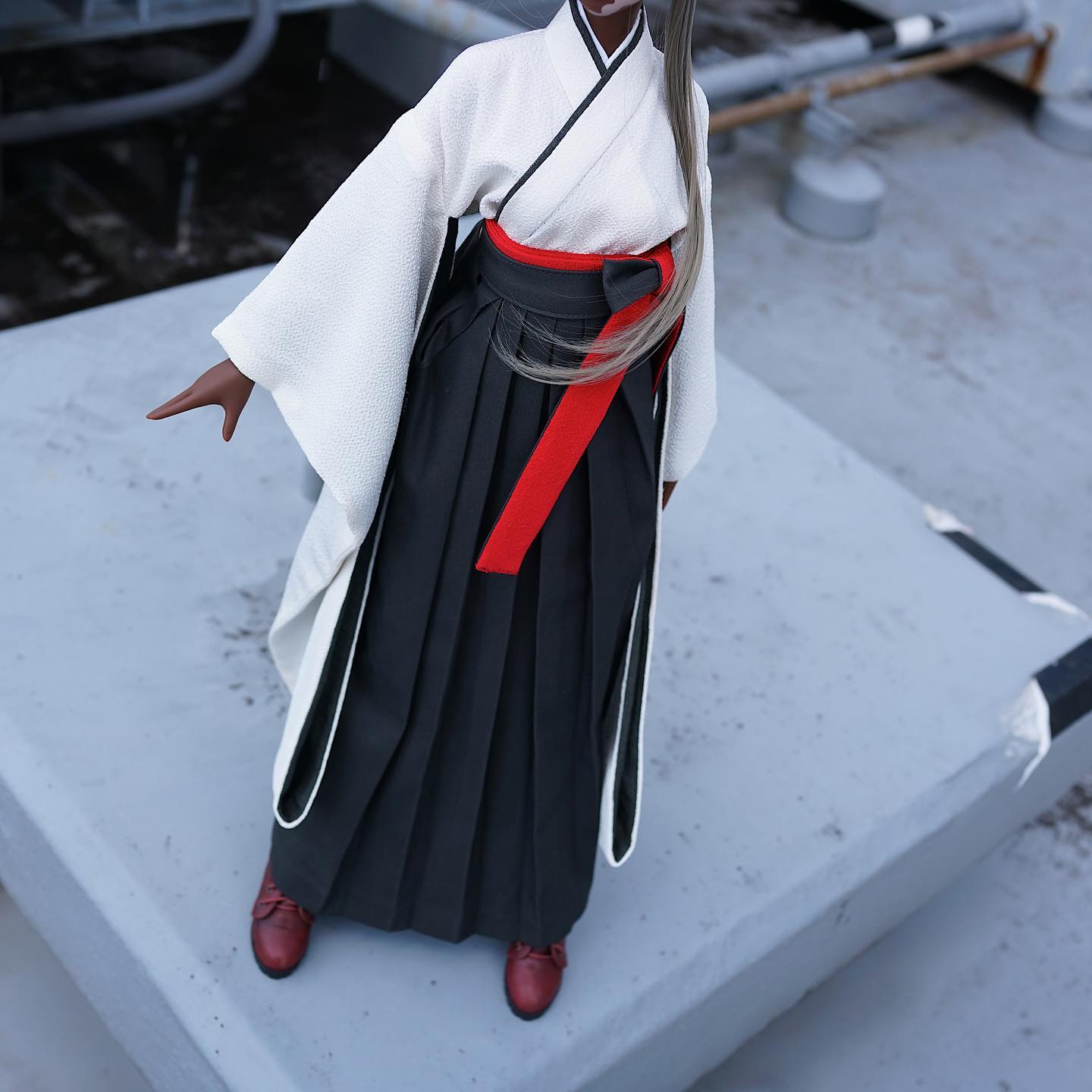 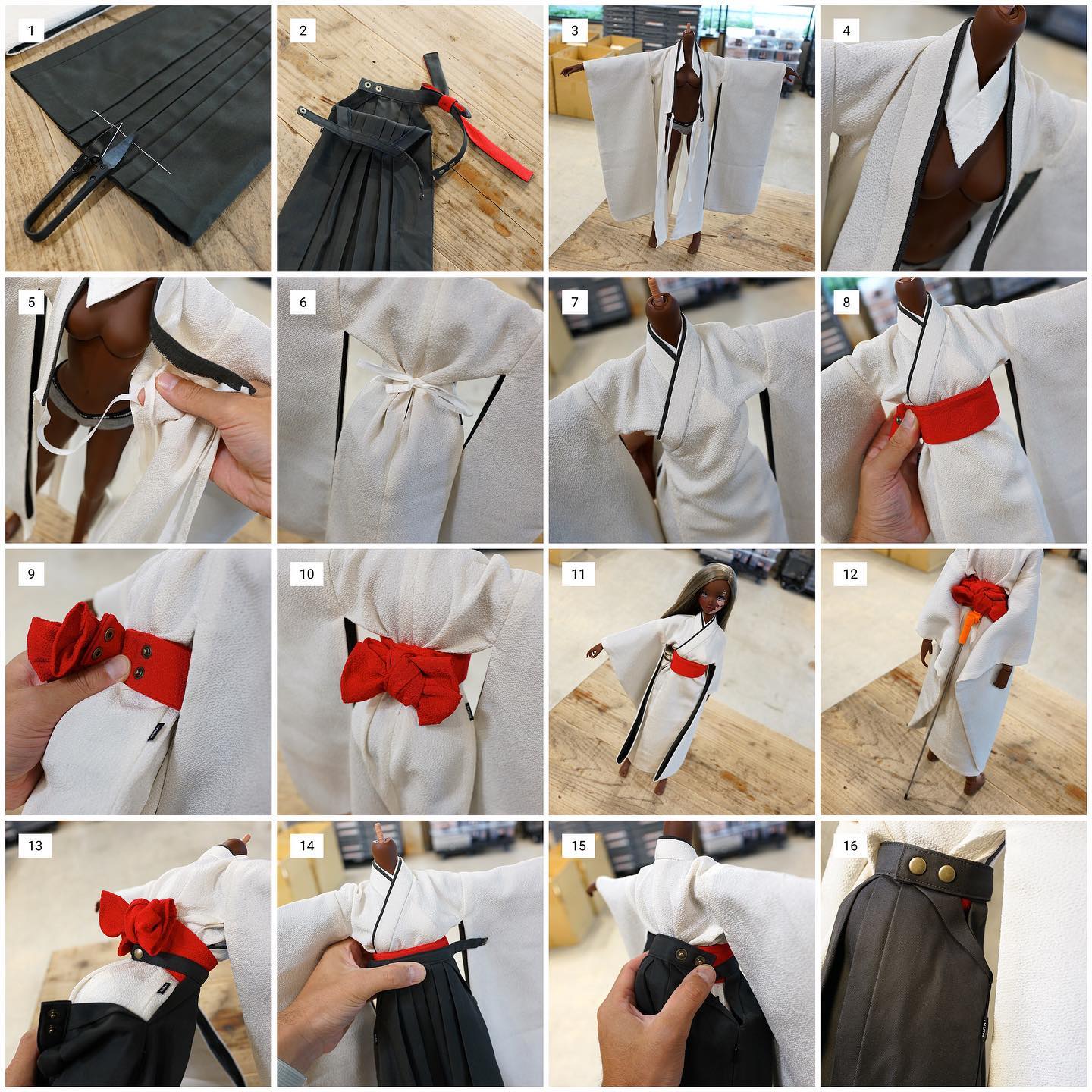 After 3 years of prototyping and field testing, the Hakama and Furisode set is nearly ready for prime time.

The "Hakama" is the long black skirt-like bottoms worn on top of the Furisode. The Furisode (pronounced "Foo-ree-sow-dare") is the long white gown-like garment worn beneath the Hakama - it's a type of Yukata but has long sleeves hence the name Furisode [振袖], meaning "swinging sleeves."

Our Hakama and Furisode does not strictly follow the conventional design and has been modified for a slightly new take on this garment type. Our modified version is also much easier to dress than a human version - many humans in Japan need to pay a specialist just to put on their Furisode and Hakama in a process called "kitsuke" [着付け].

The Furisode can be worn on its own like a Yukata with the red sash belt. The belt is called "Obi" as in "Obi-wan" ;-)
In this mode, folks would typically wear footwear called "Tabi" [足袋] - we don't sell any, so I will prepare and distribute some Tabi patterns for free - it's similar to the Tabi that comes with our Ninja uniforms.
When the Hakama is worn over the Furisode, the footwear tends to be boots.

While the Hakama and Furisode would traditionally be worn on occasions like the "coming of age day" [成人の日] and during a graduation ceremony - your Smart Doll can wear this set on any occasion such as sky diving (only during calm conditions) or a triathlon.

The product detail page will have instructions on how to dress this garment.

Reasons not to buy
-The ribbons on the Hakama are pre-tied and stitched so that you don't need finger ninja to get it looking good. The red Obi is pre-tied but not stitched down, so if it comes undone, you will have to tie it yourself. It is, however, just a simple ribbon.

-You could instead buy nearly 600 packs of "Ramen Express by Chef Woo Hotter and Spicier Ramen Noodles, 2.25 oz" at Walmart. However, if you ate instant noodles every day for nearly two years, you may die from malnutrition which would make your Smart Doll sad - sad because nobody would be around to buy them goodies anymore. Unless they know where you kept your credit cards.
#tokyo #smartdoll #anime #manga #doll #3dprinting #japan