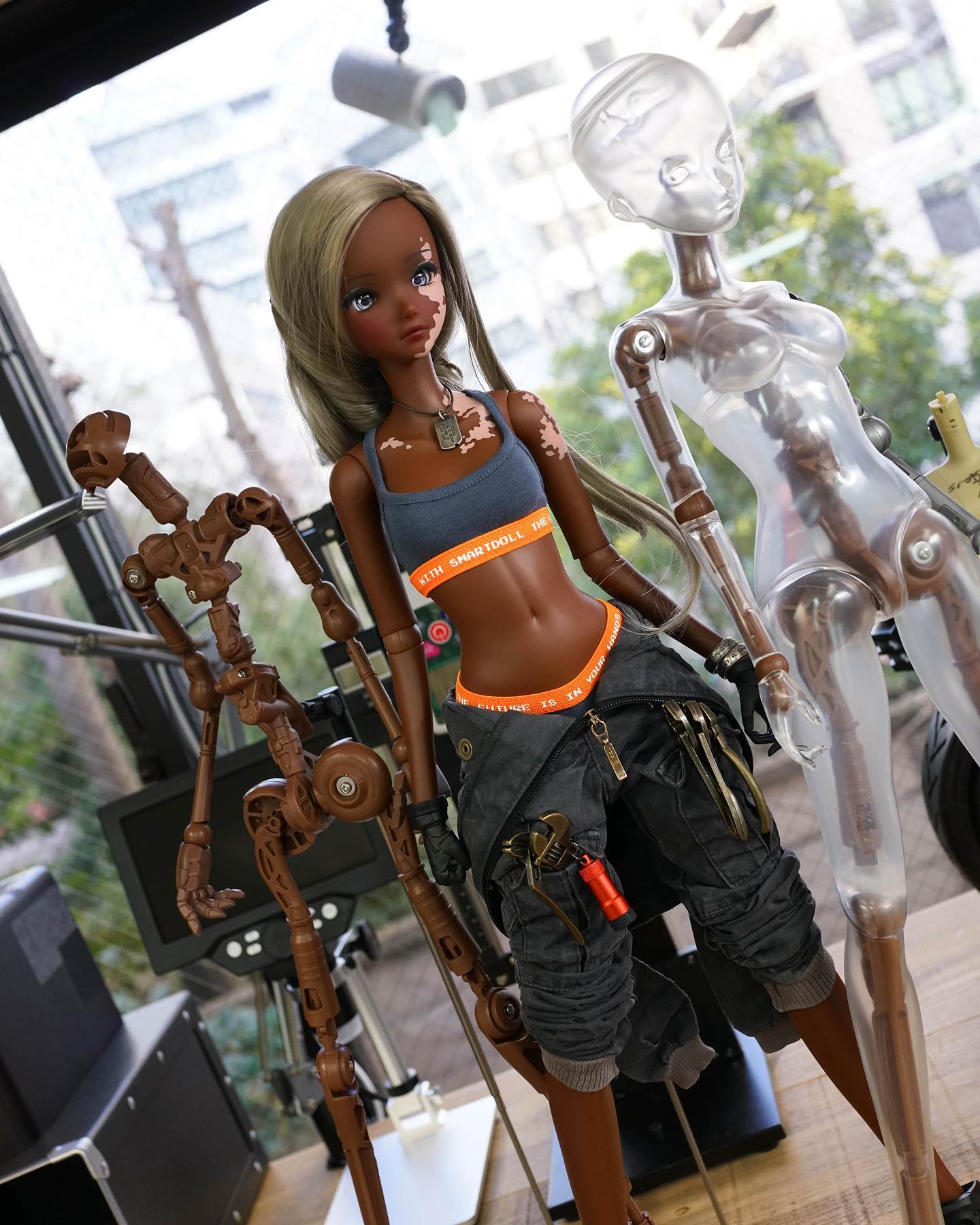 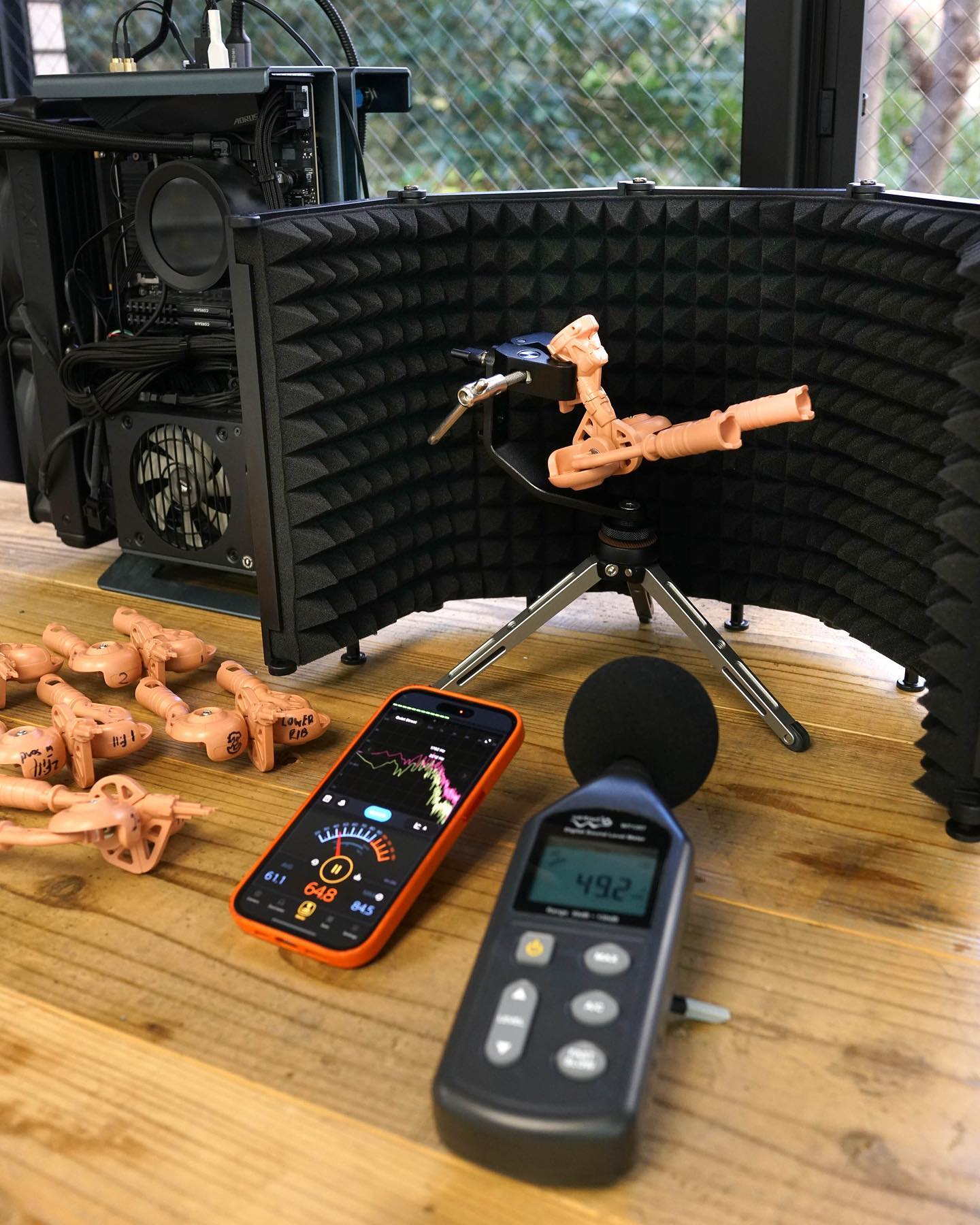 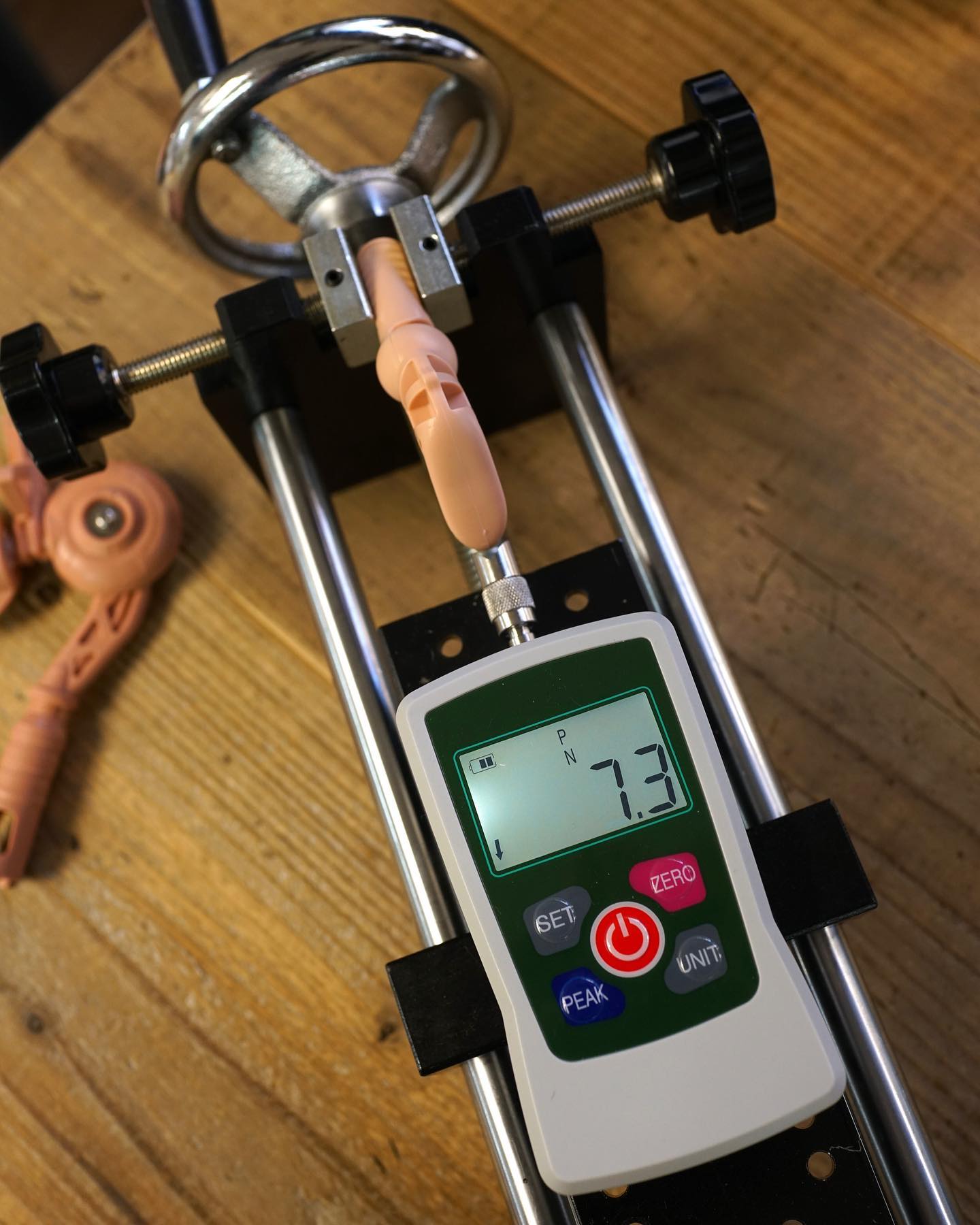 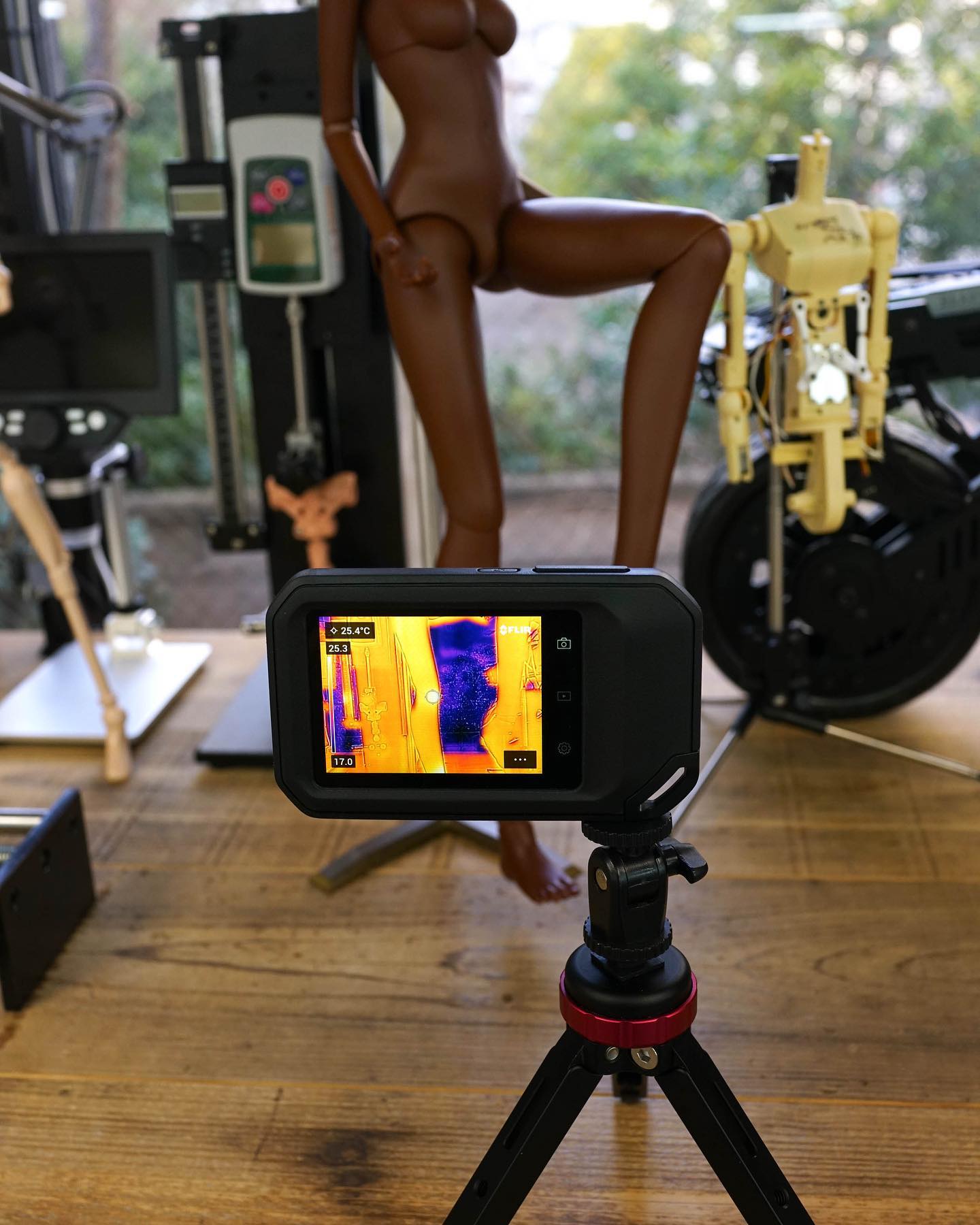 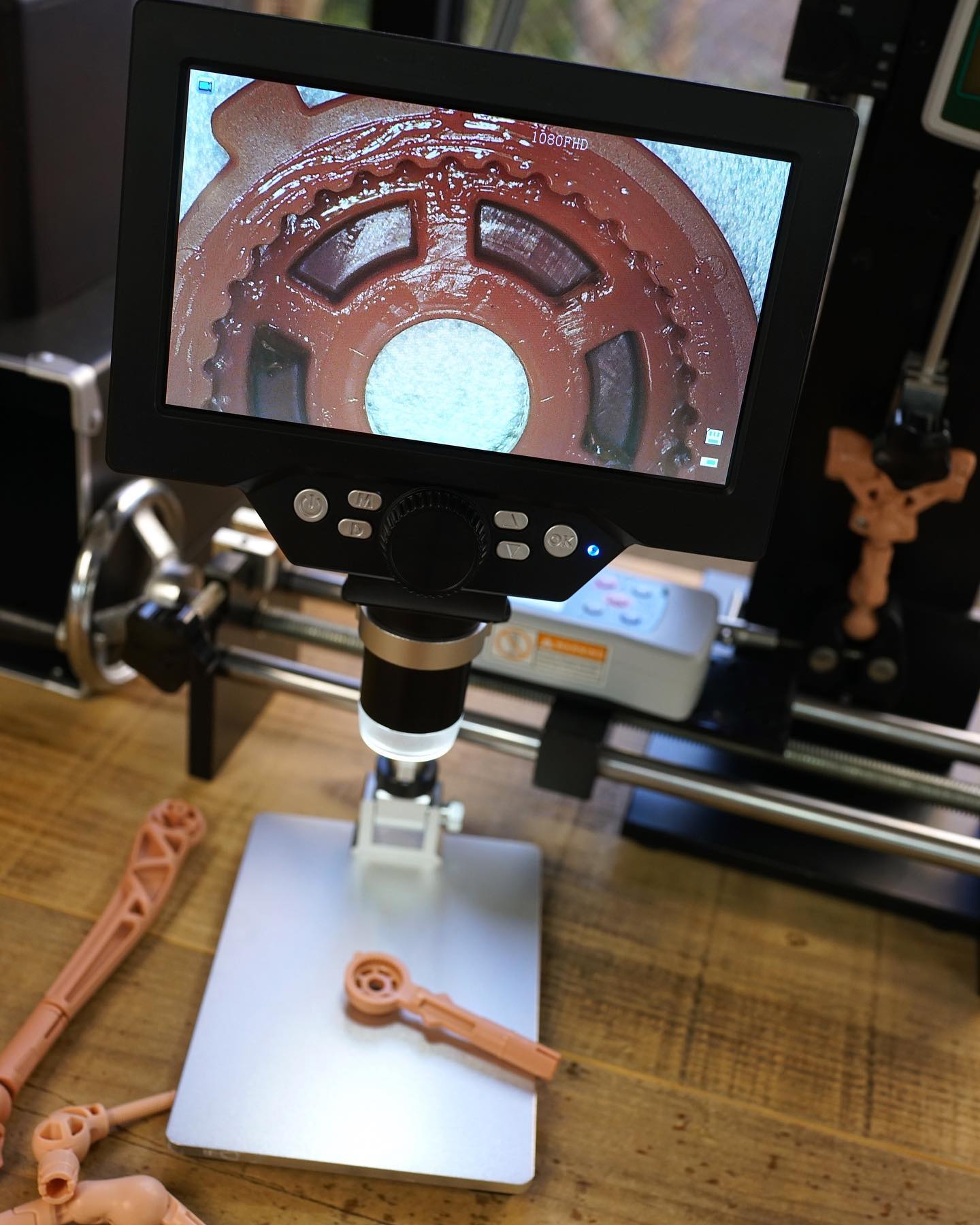 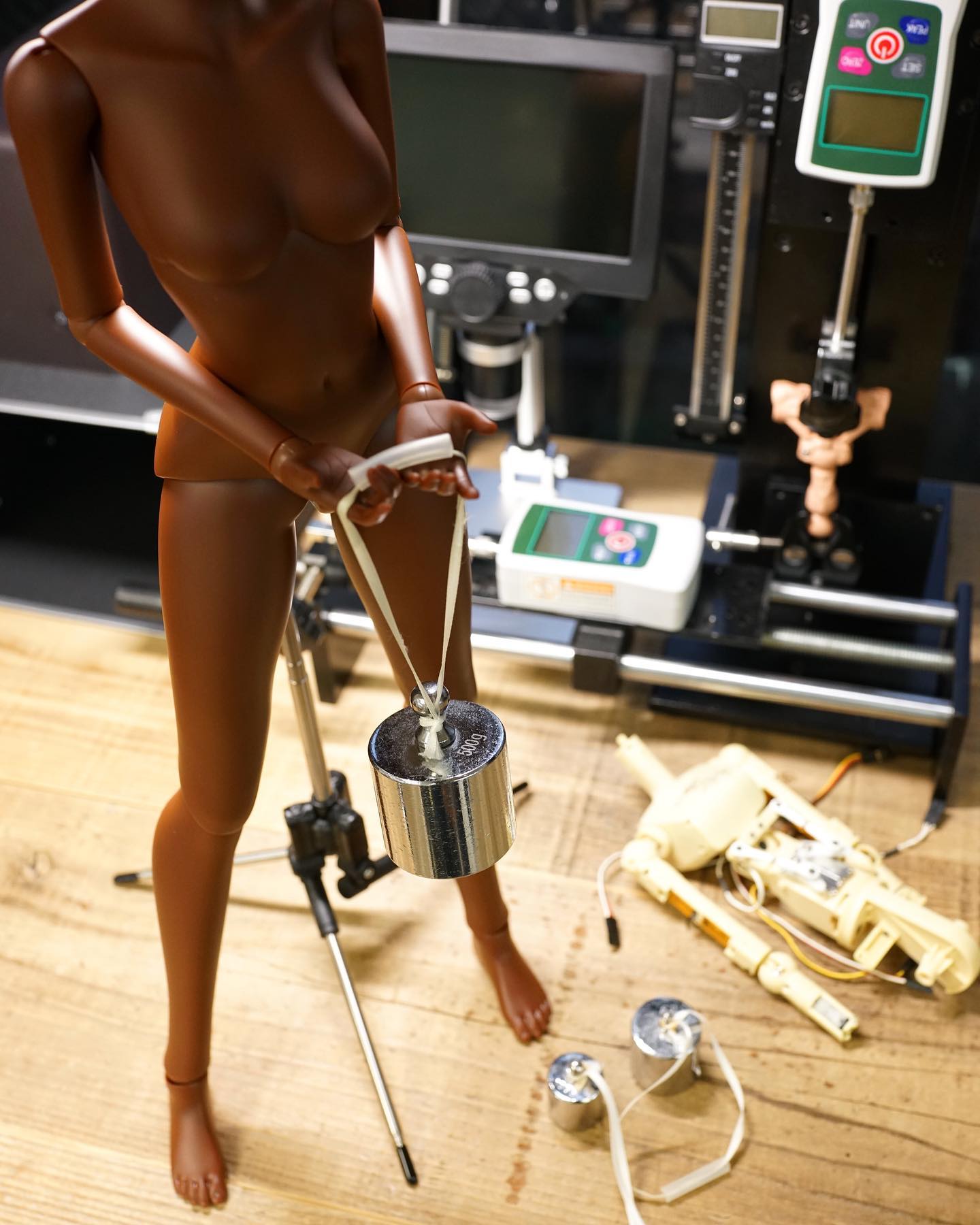 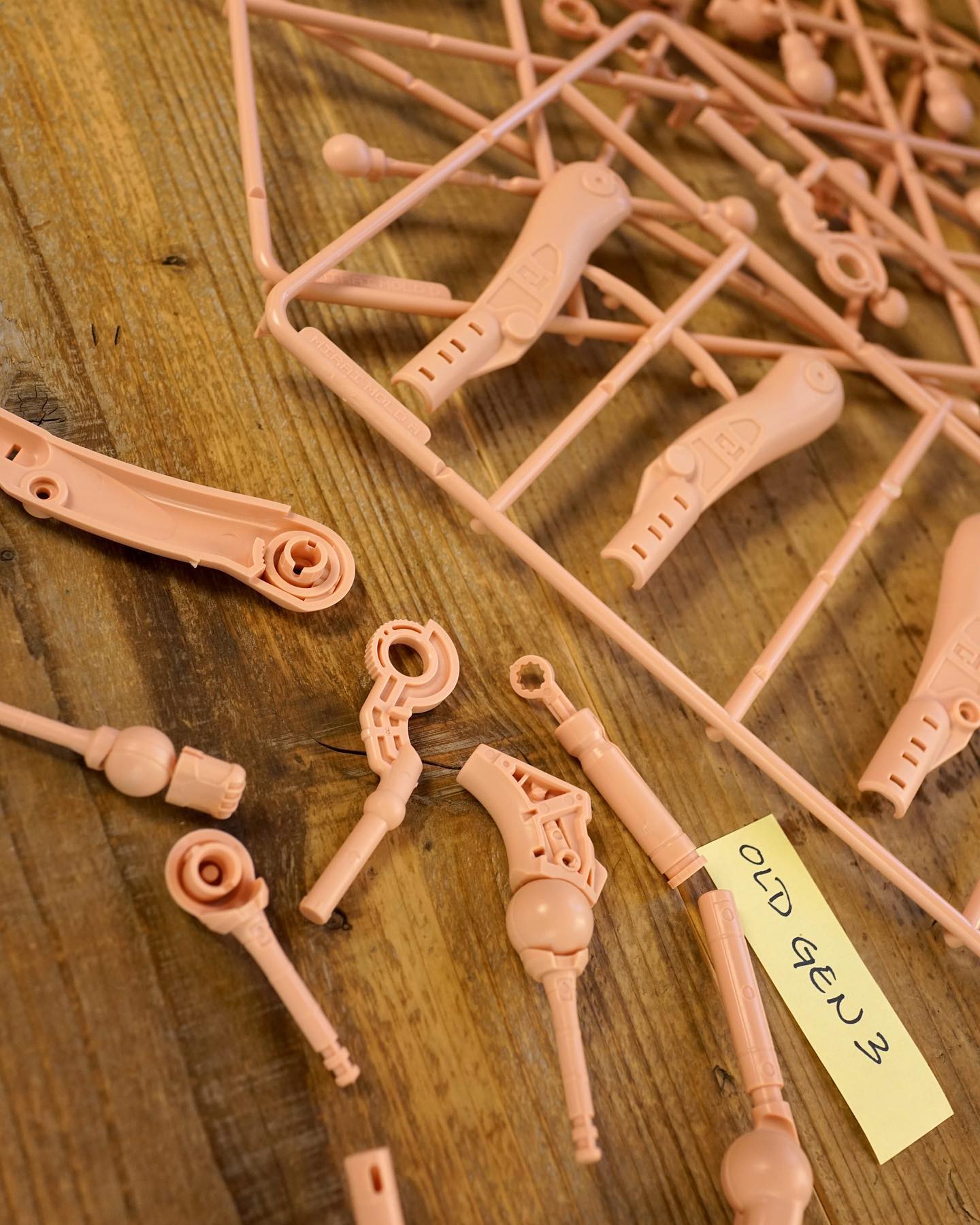 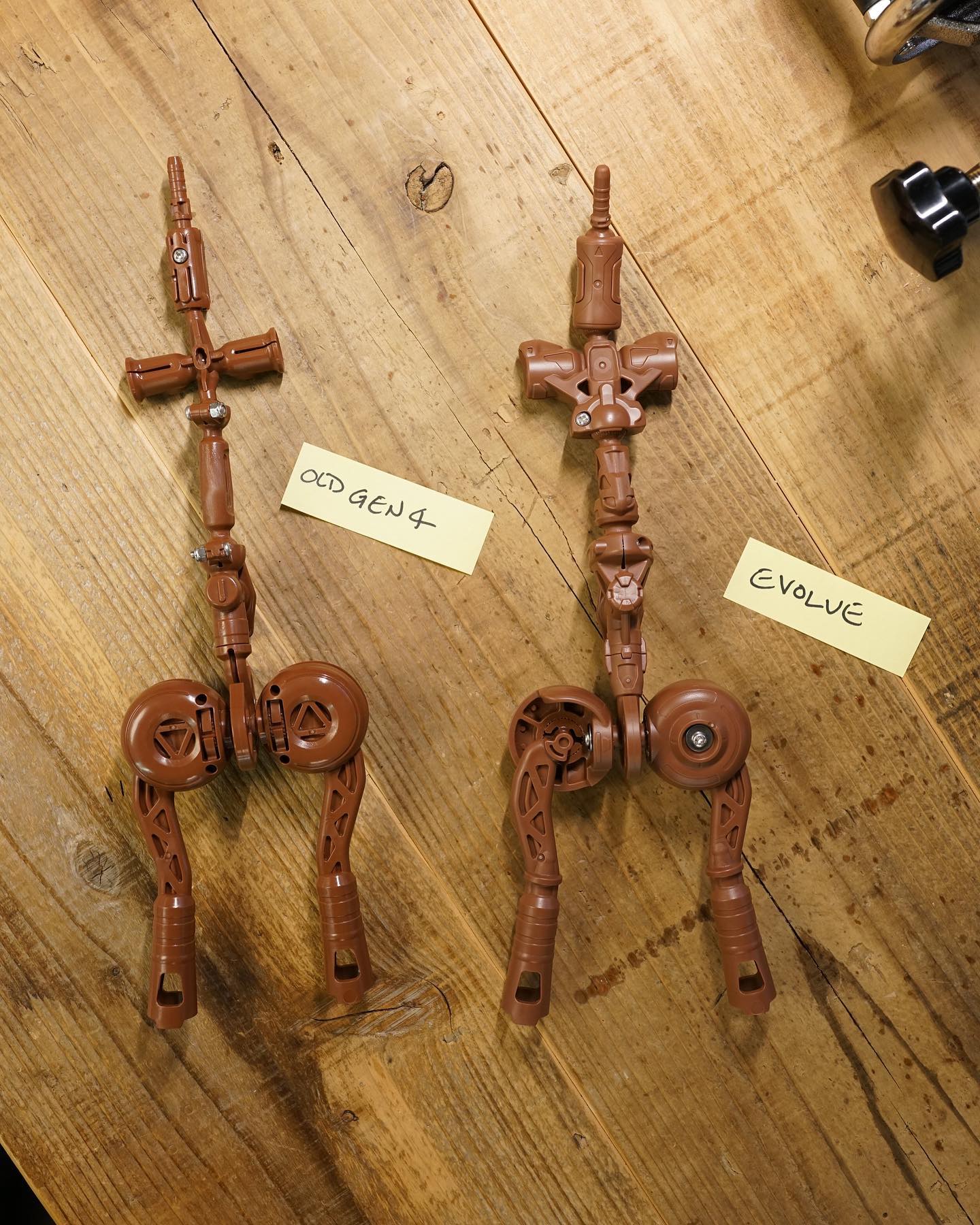 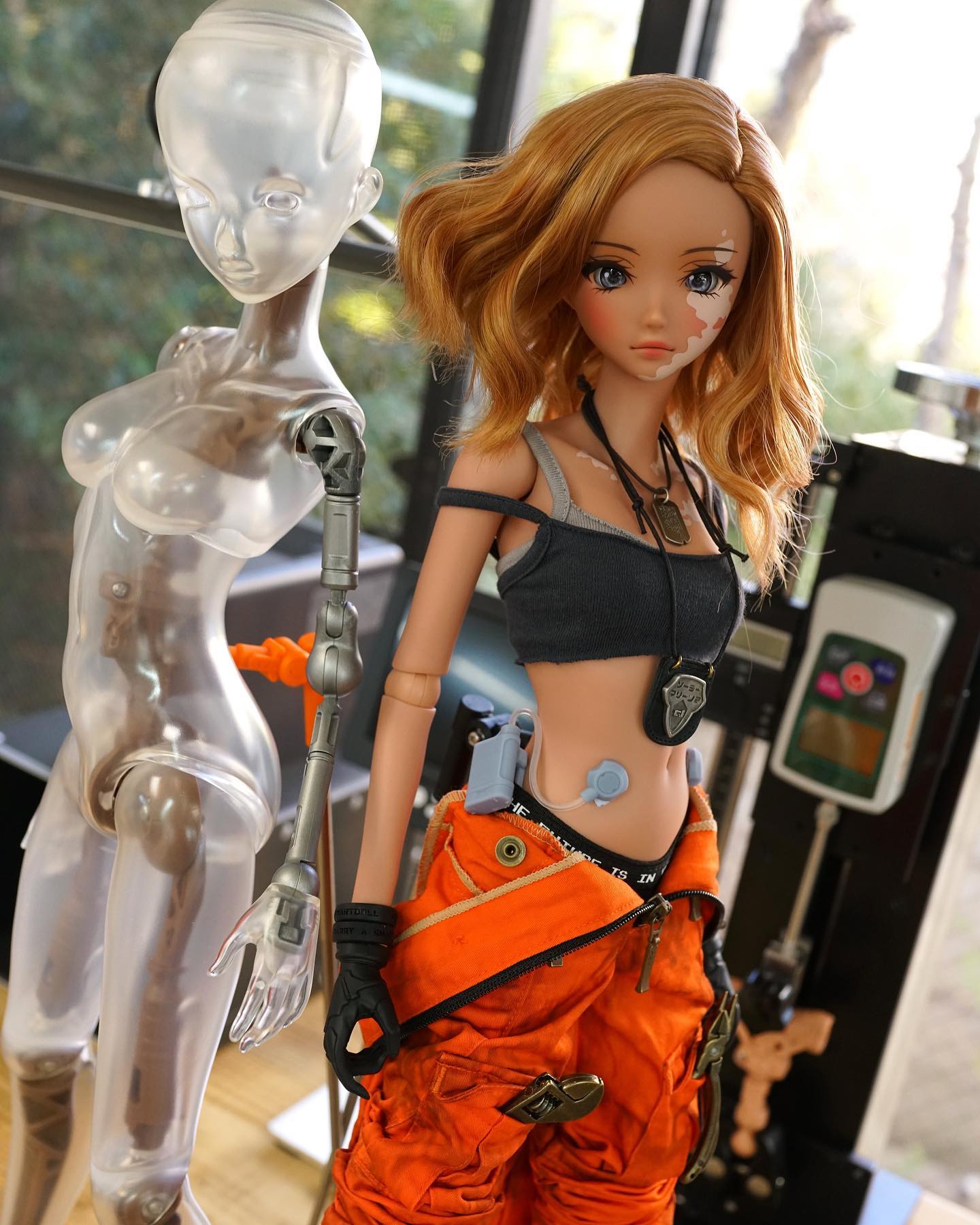 The Haptic Feedback Joints on the Evolve frame create kinetic mechanical energy which is released as a sound wave when the springboard settles into its new position in the gear.

Increasing the clamping force in the joints creates stronger torque but the higher build-up of energy results in a louder click.
Much of the R&D on Evolve involves muffling the click as much as possible while maintaining ease-of-articulation and posture strength.

The Smart Doll frame design has been evolving since 2017 - we even made molds for a Gen 3 and 4 version (never released) which you can see in one of these photos. Gen 3 was our first attempt at torque control and haptics, while Gen 4 was an improved version of Gen 3.

The Y axis on the hips has to bear the most load, so it needs a stronger torque value which creates the largest build-up of energy in the entire frame resulting in the loudest click. By experimenting with mechanical structures to absorb the energy, we managed to muffle the click by more than 20 decibels.

We measure how many newtons it takes to turn a joint physically - too loose and Smart Doll won't be able to stand on its own - too tight, and the posing experience becomes a chore.

We have always applied mechanical grease to the joints, but Evolve now has grease chambers in the structure to minimize the chances of leakage - microscopes have been helpful (and fascinating) in observing grease flow within the frame.

Thermal cameras help us observe heat build-up of the joints within the outer shell. The design of the frame has to allow for a certain amount of expansion, or the joints will lock up soon after a Smart Doll ventures out for a bout of jogging.

The balance of ease-of-articulation, posture strength, and the sound levels of each muffled click is based on my requirements, but not everybody shares the same needs as me, so folks need to think thrice before getting an Evolve-equipped Smart Doll.

My honest recommendation to newbies is to go for another brand and then perhaps get a Smart Doll when the new Evolve frame is ready - because only then can one realize what a difference our Haptic Feedback Joints make ;-)
#smartdoll #3dprinting