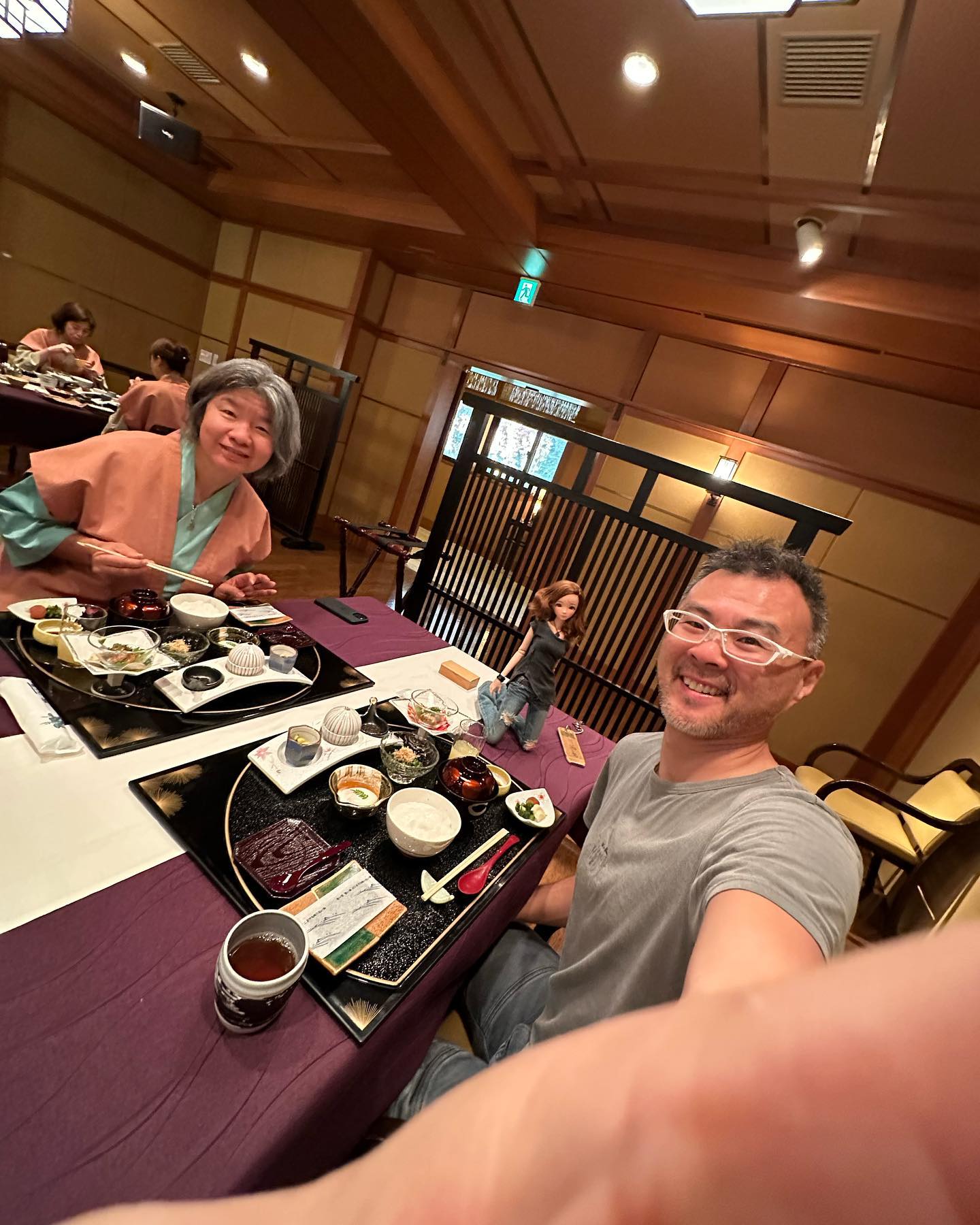 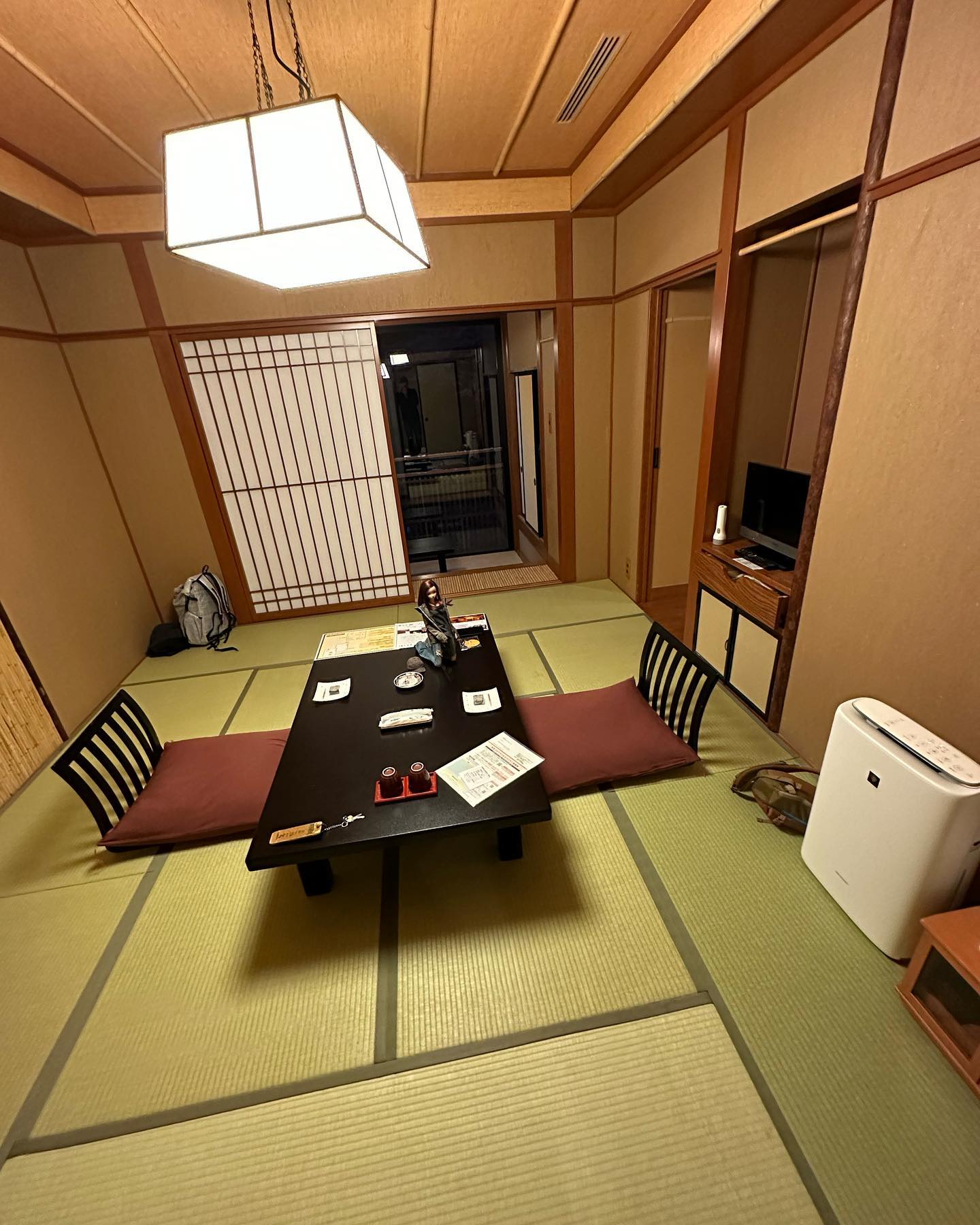 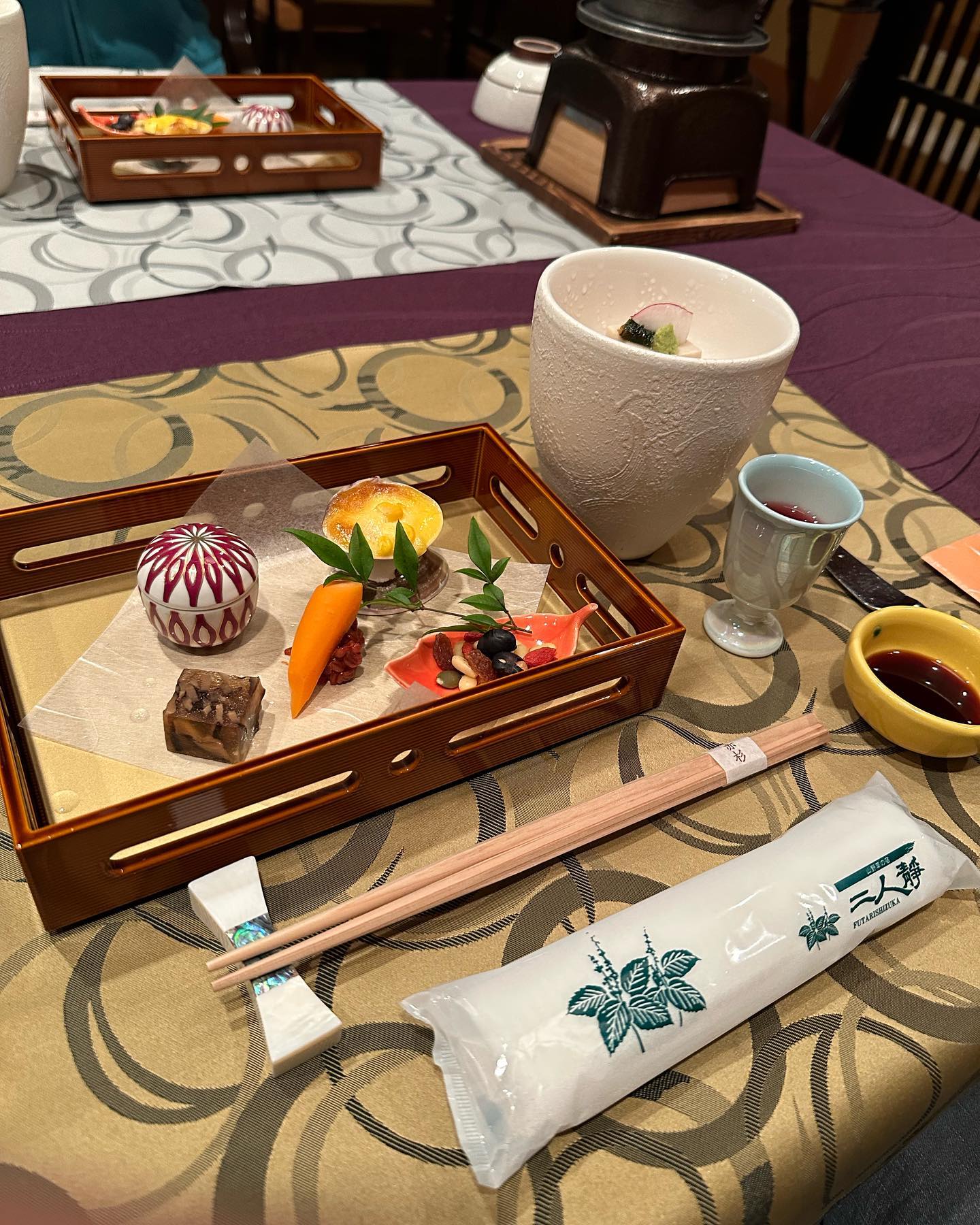 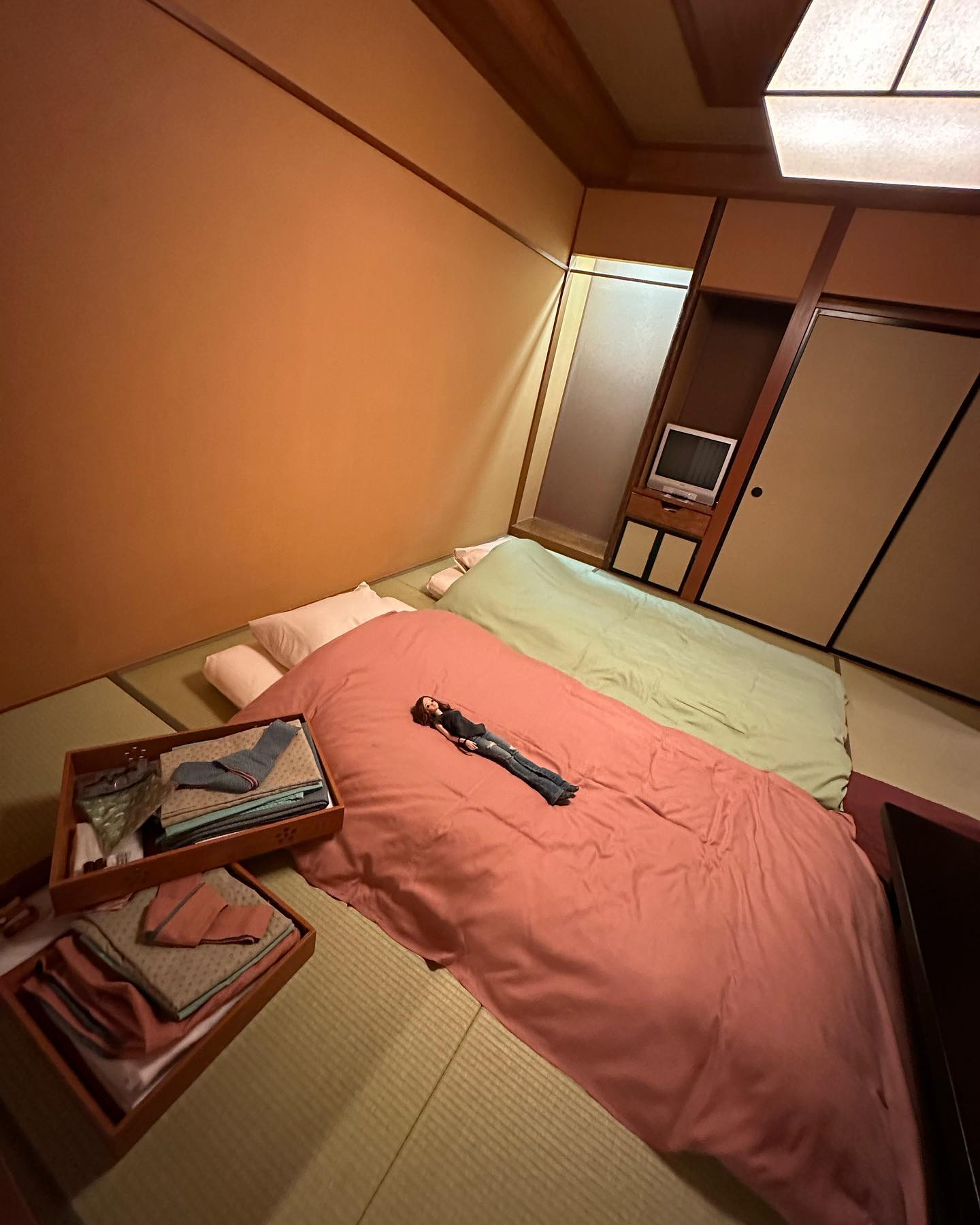 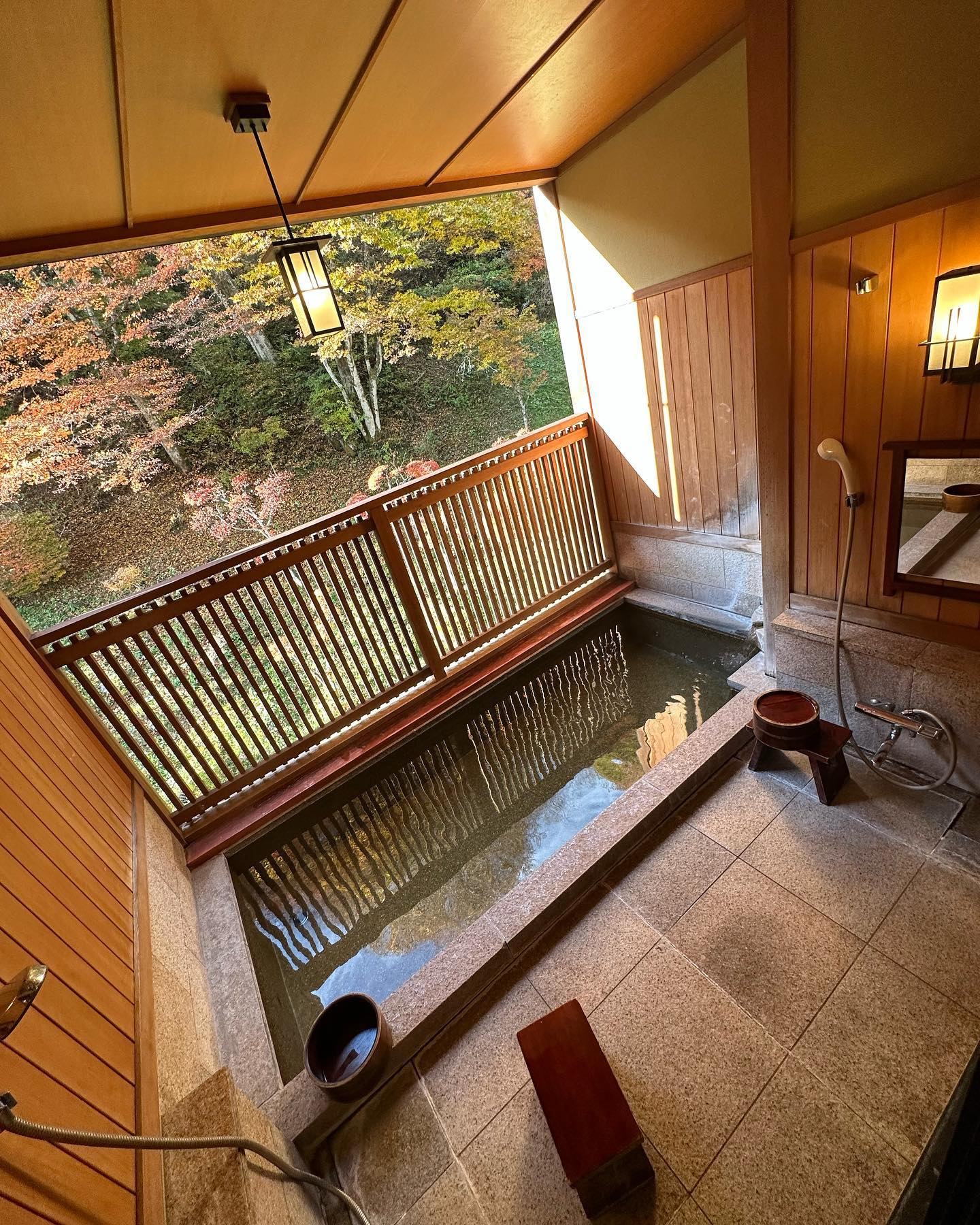 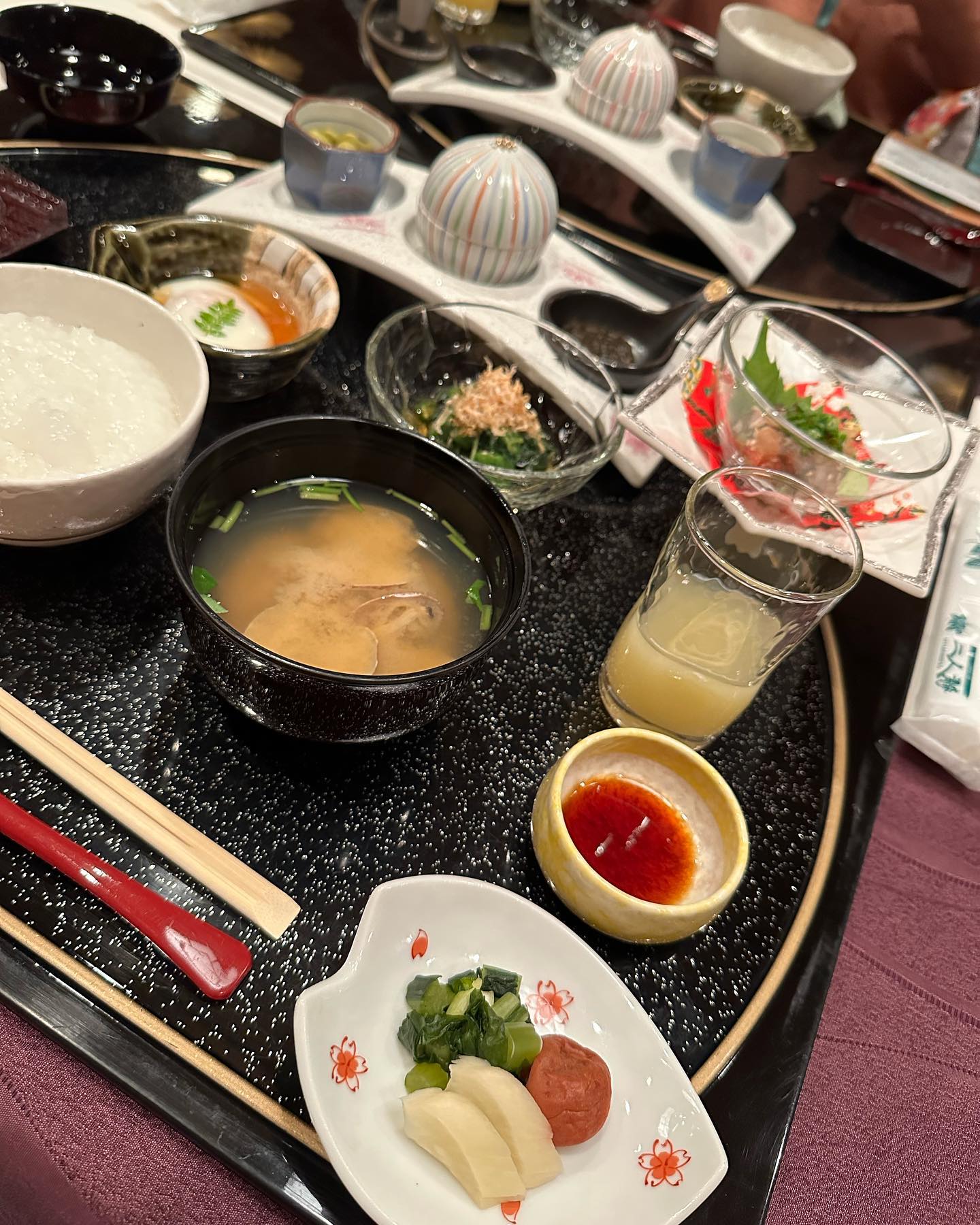 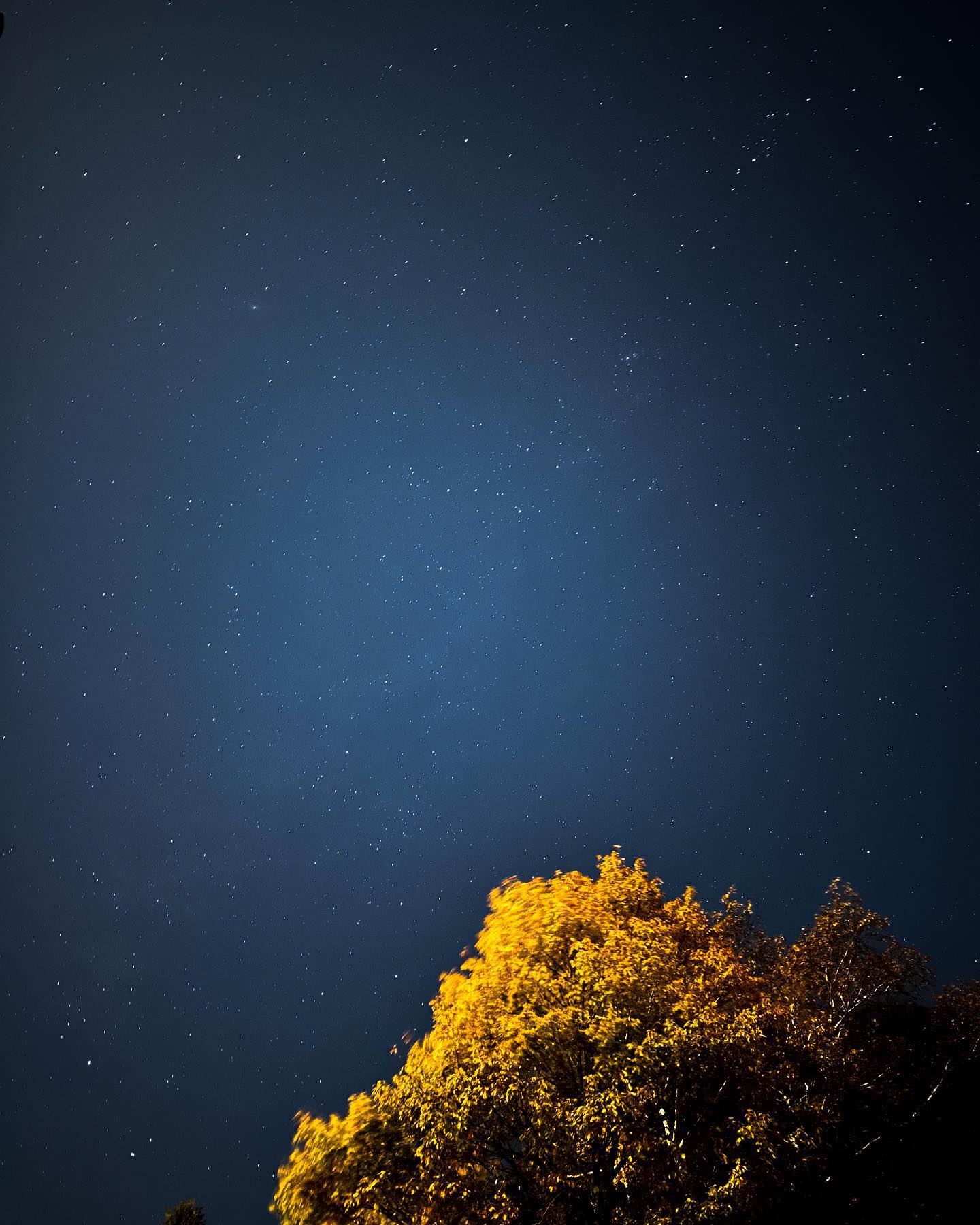 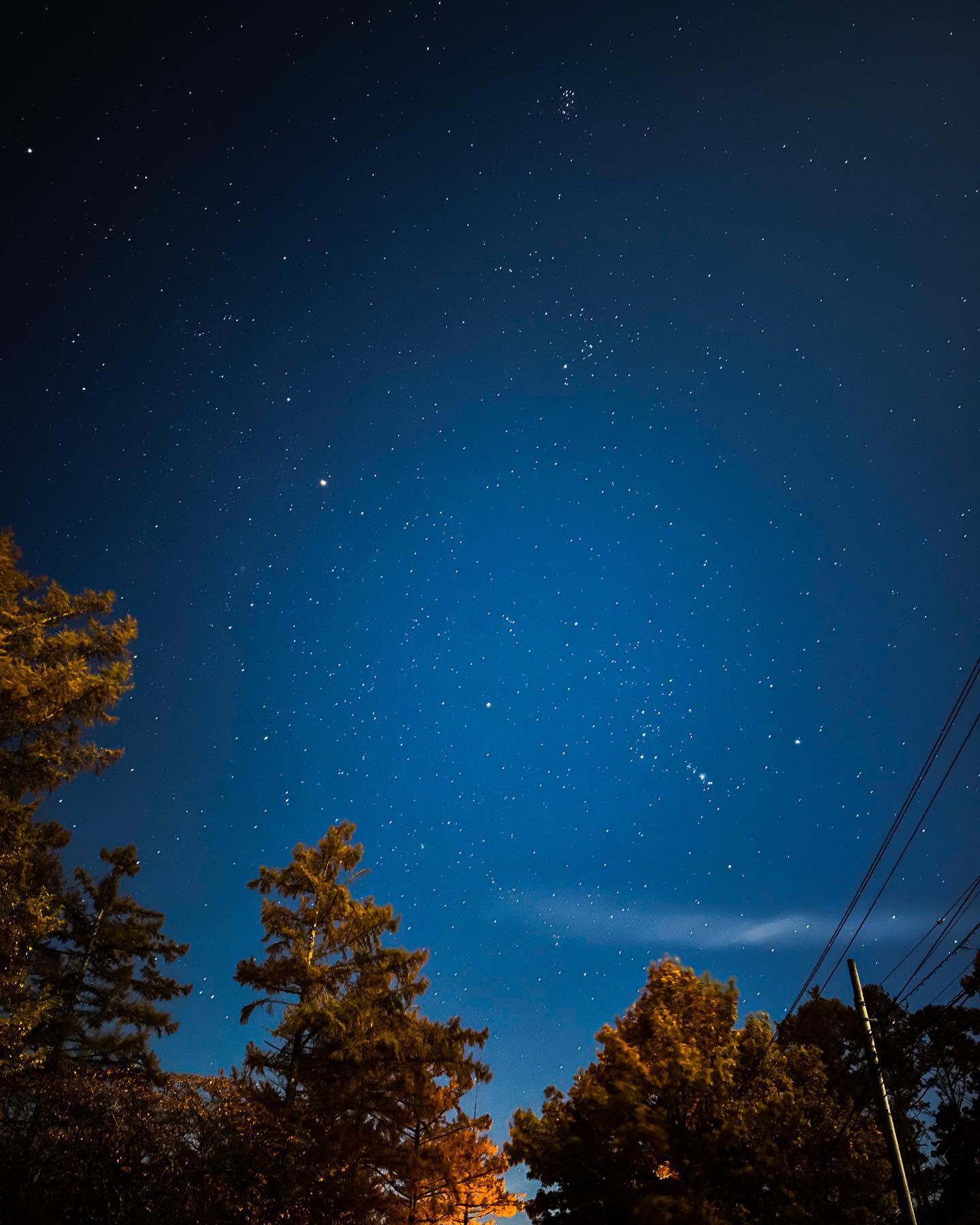 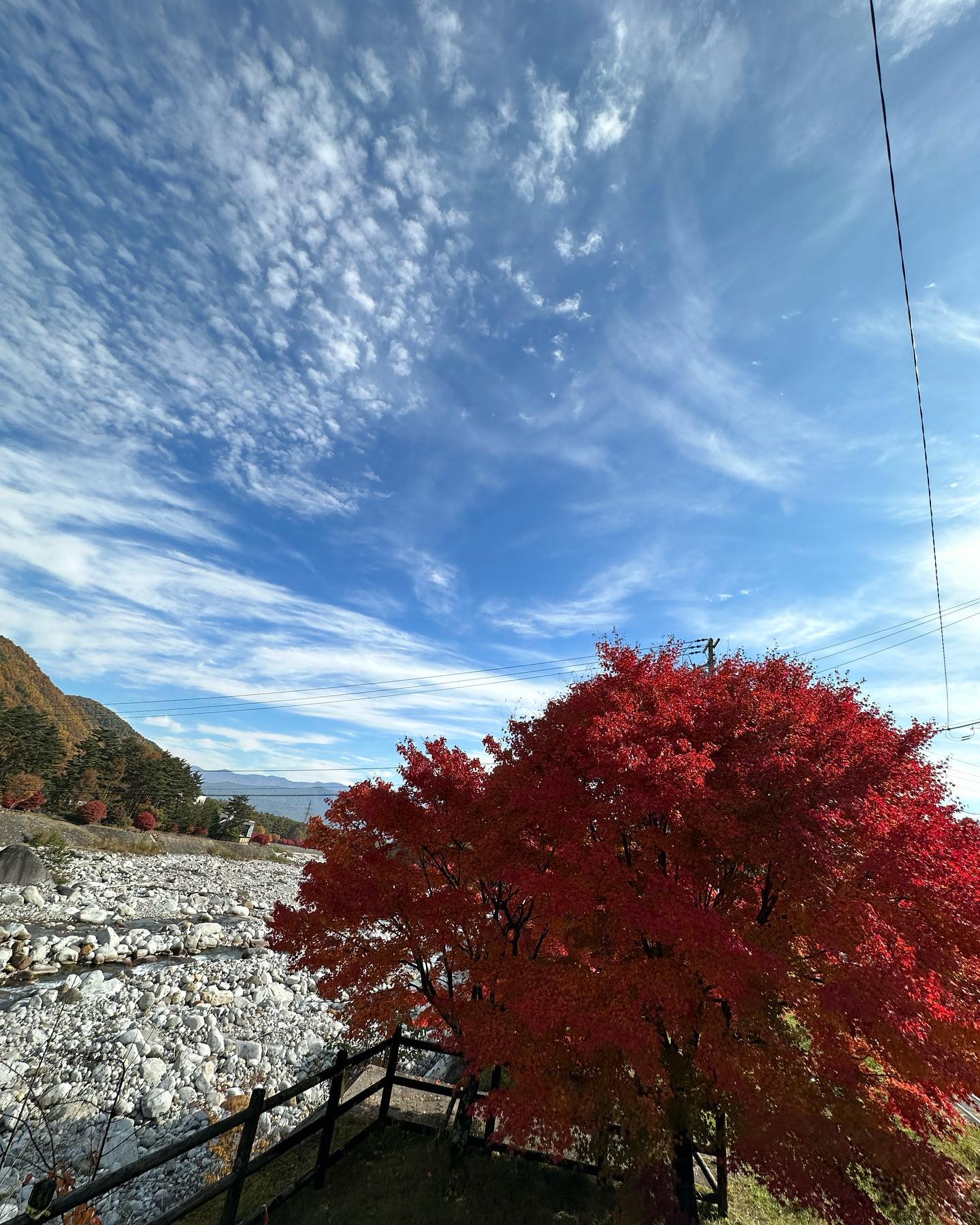 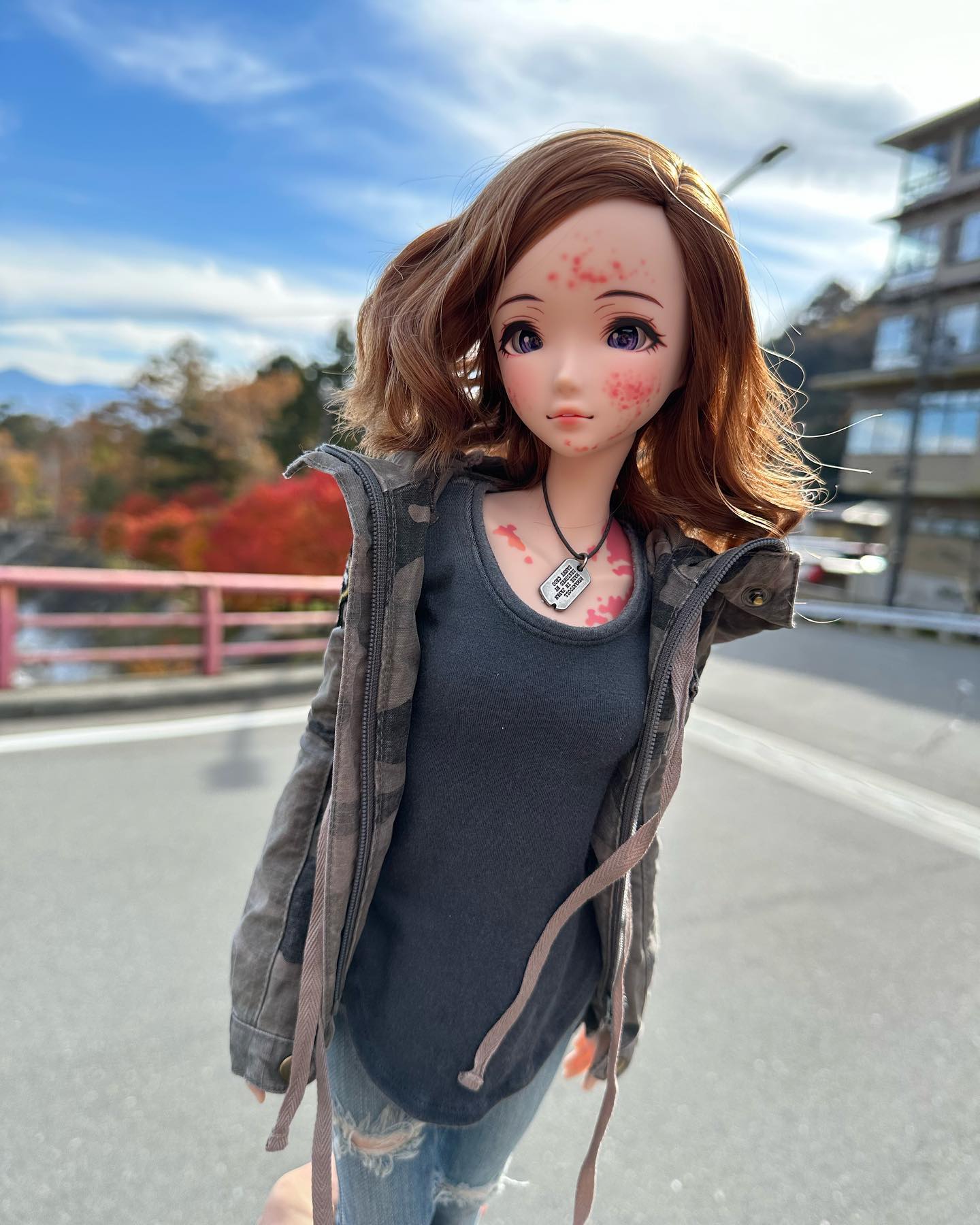 During our visit to Nagano last weekend, we stayed at a traditional Japanese inn which is called "Ryokan" (旅館) in Japanese. Unlike Western-style hotels, a Ryokan usually embodies the Japanese tradition in aesthetics, food, and attire.

Some Ryokan have rooms with their own outdoor bath (like ours) but more often, you will be sharing the public baths, also known as Daiyokujyo" (大浴場).

Unfortunately, most public baths in Japan have signs forbidding folks with tattoos from entering. There are many reasons for this, including the thinking that folks with tattoos would either cause trouble or that other folks (without tattoos) would complain about those with tattoos.

While I don't have any tattoos (that I know of), I find it odd that such a rule exists in this day and age. This just makes me want to develop Smart Dolls with tattoos - and I will ;-)

Anyway, food served at a Ryokan is usually a course meal served in a hall. While you have noms, staff will enter your room and pull out futons from the cupboards to prepare for your slumber. One futon for each person - they don't normally have double futons.

Futari Shizuka is surrounded by nature with crips clear skies at night - great for astrophotography. The sky photos are taken on the iPhone 14 pro with a 30-second exposure.

If you are visiting Japan, I do recommend you try a Ryokan instead of a Western-style hotel.