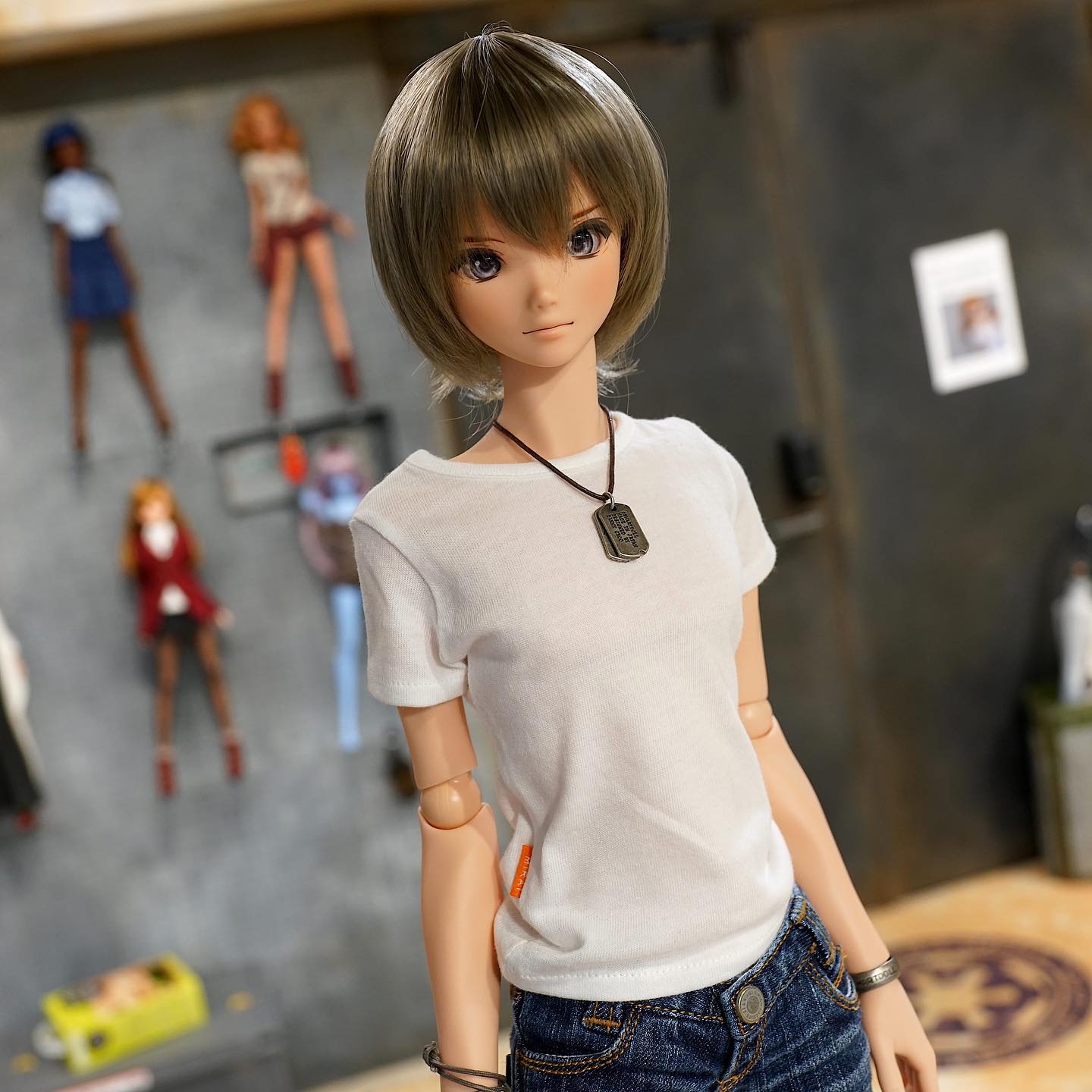 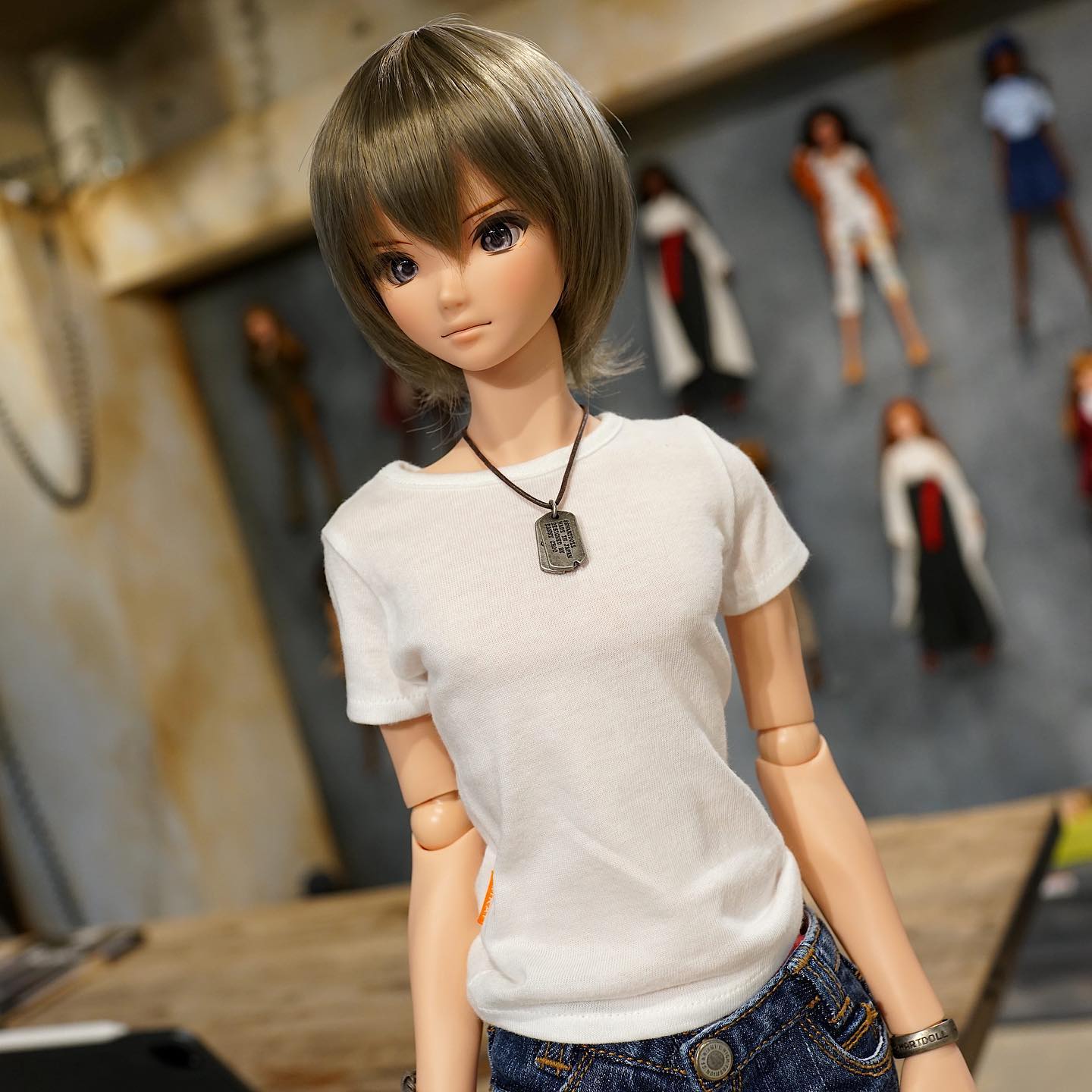 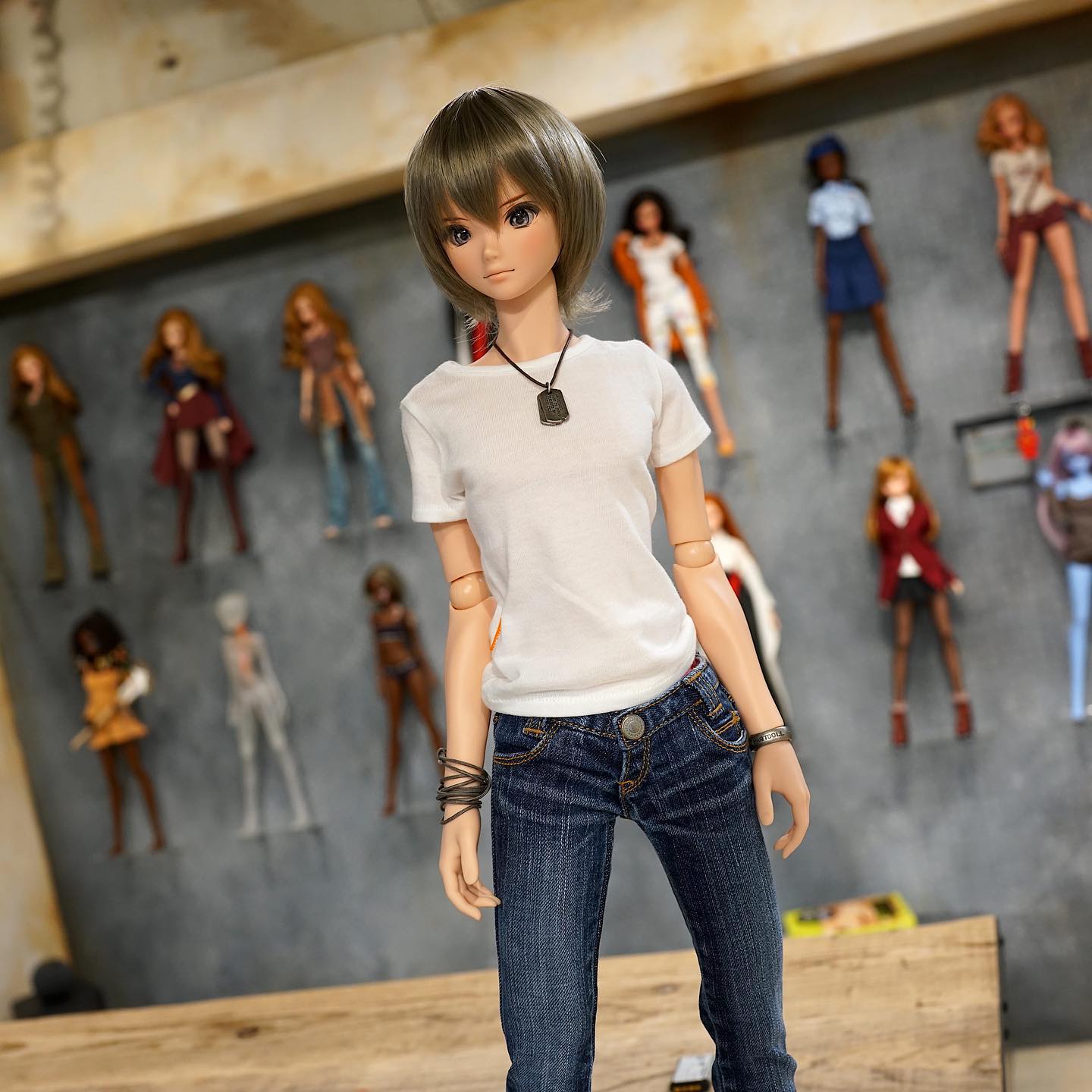 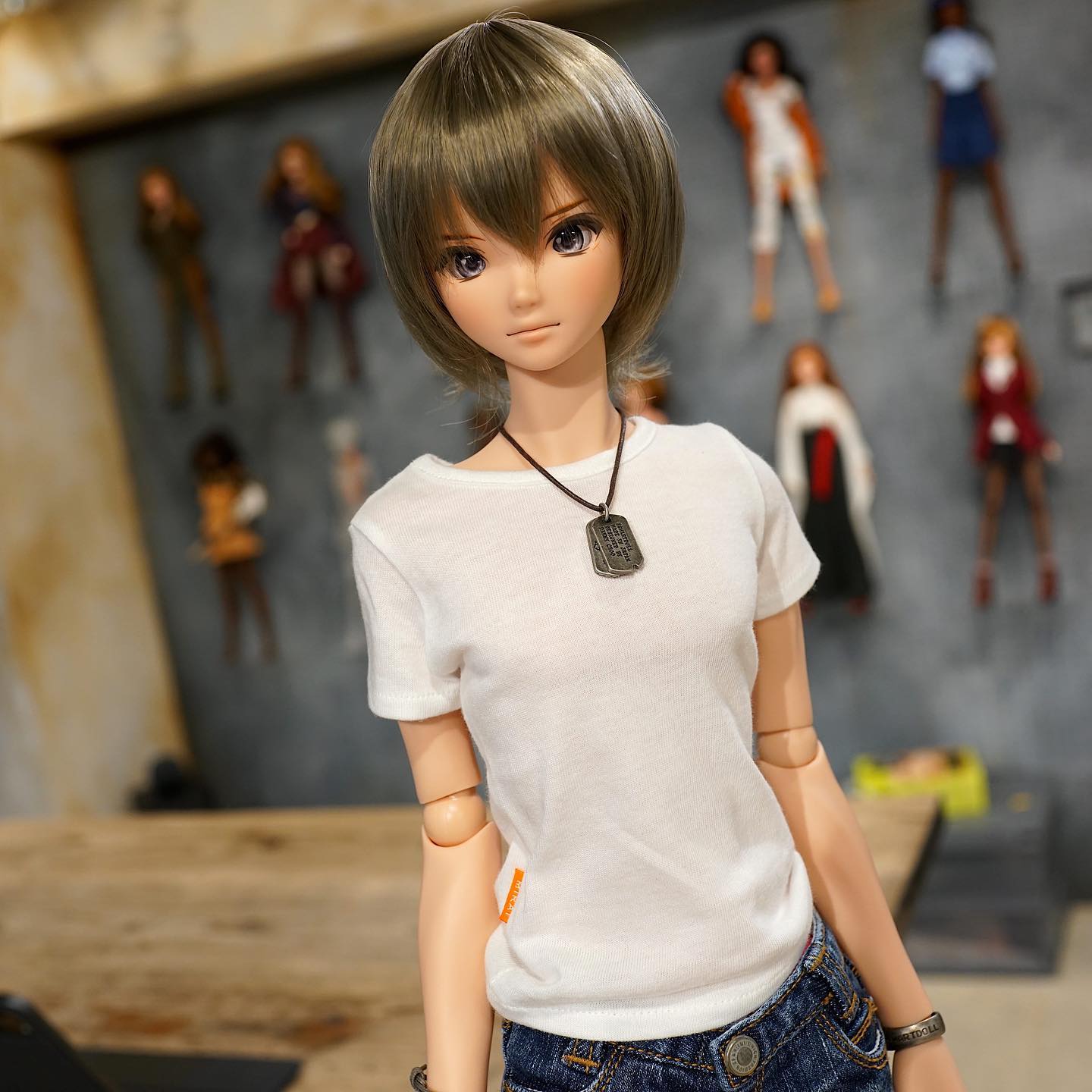 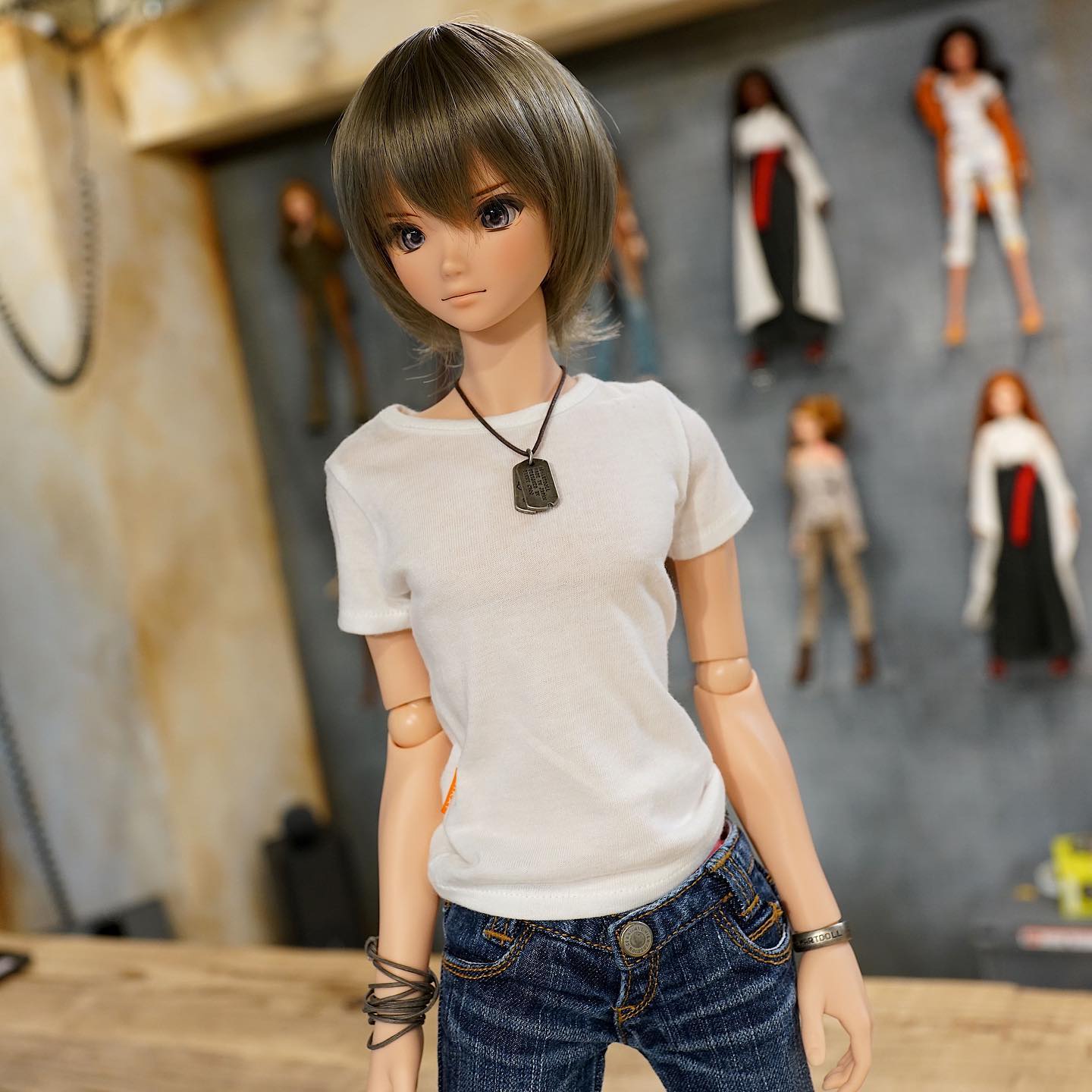 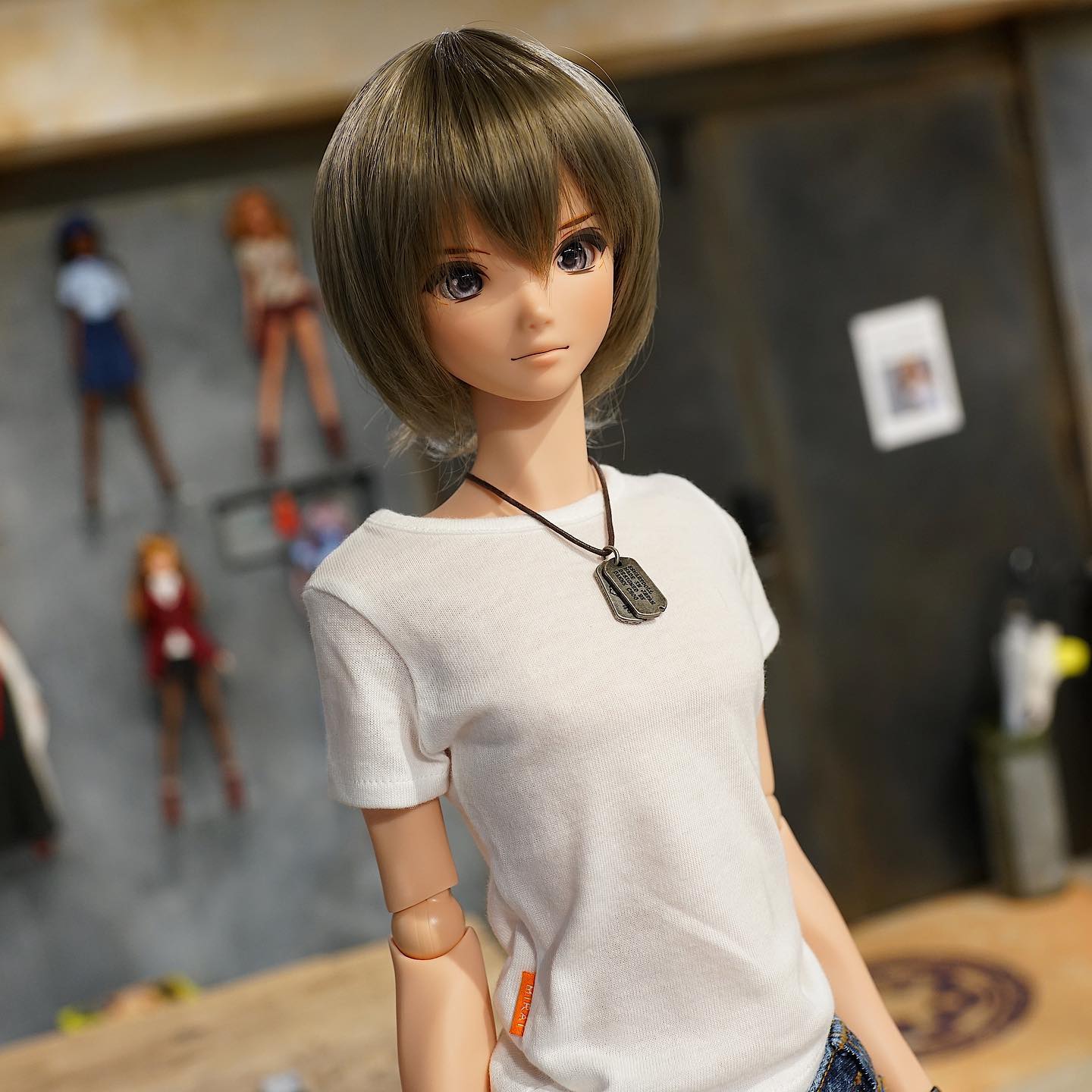 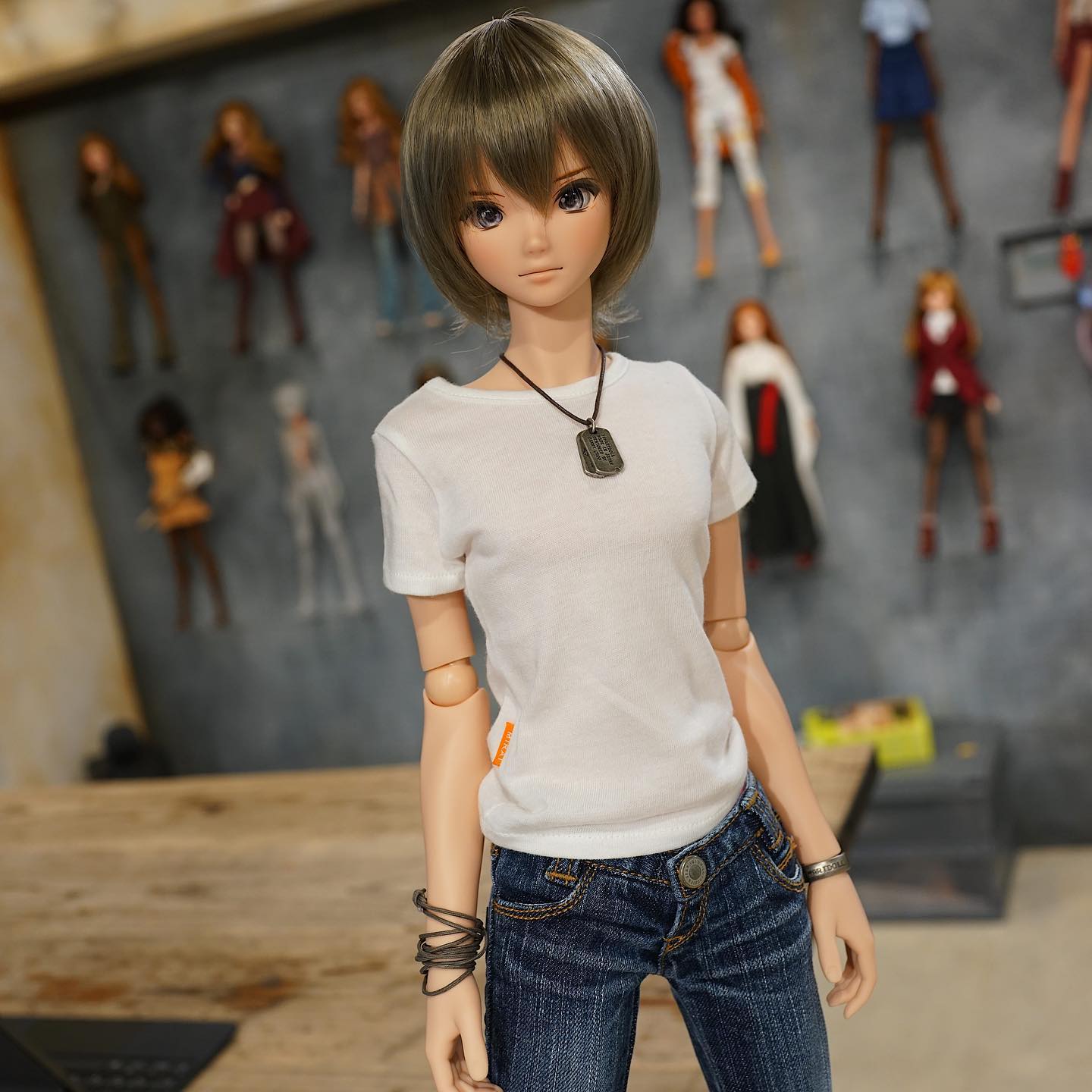 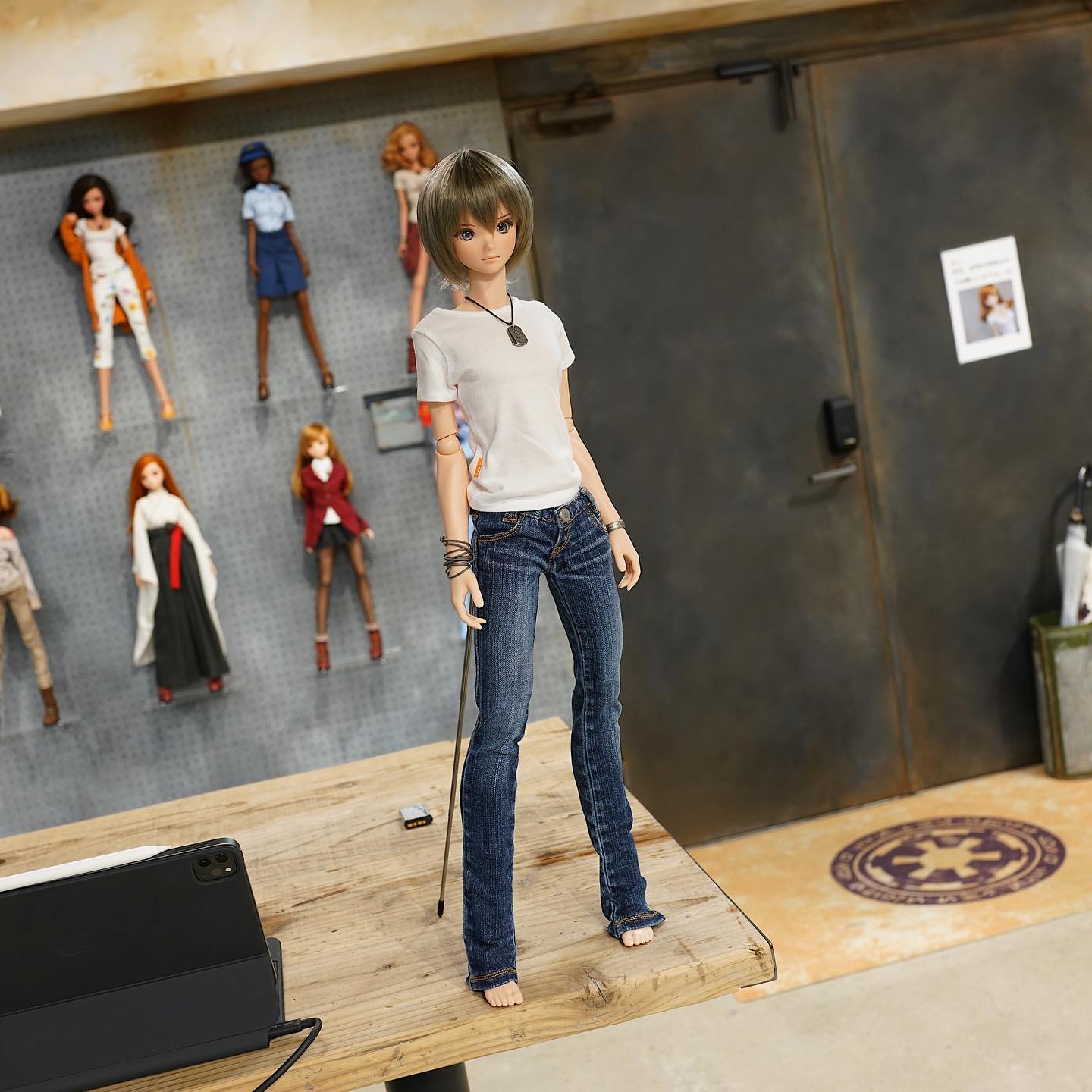 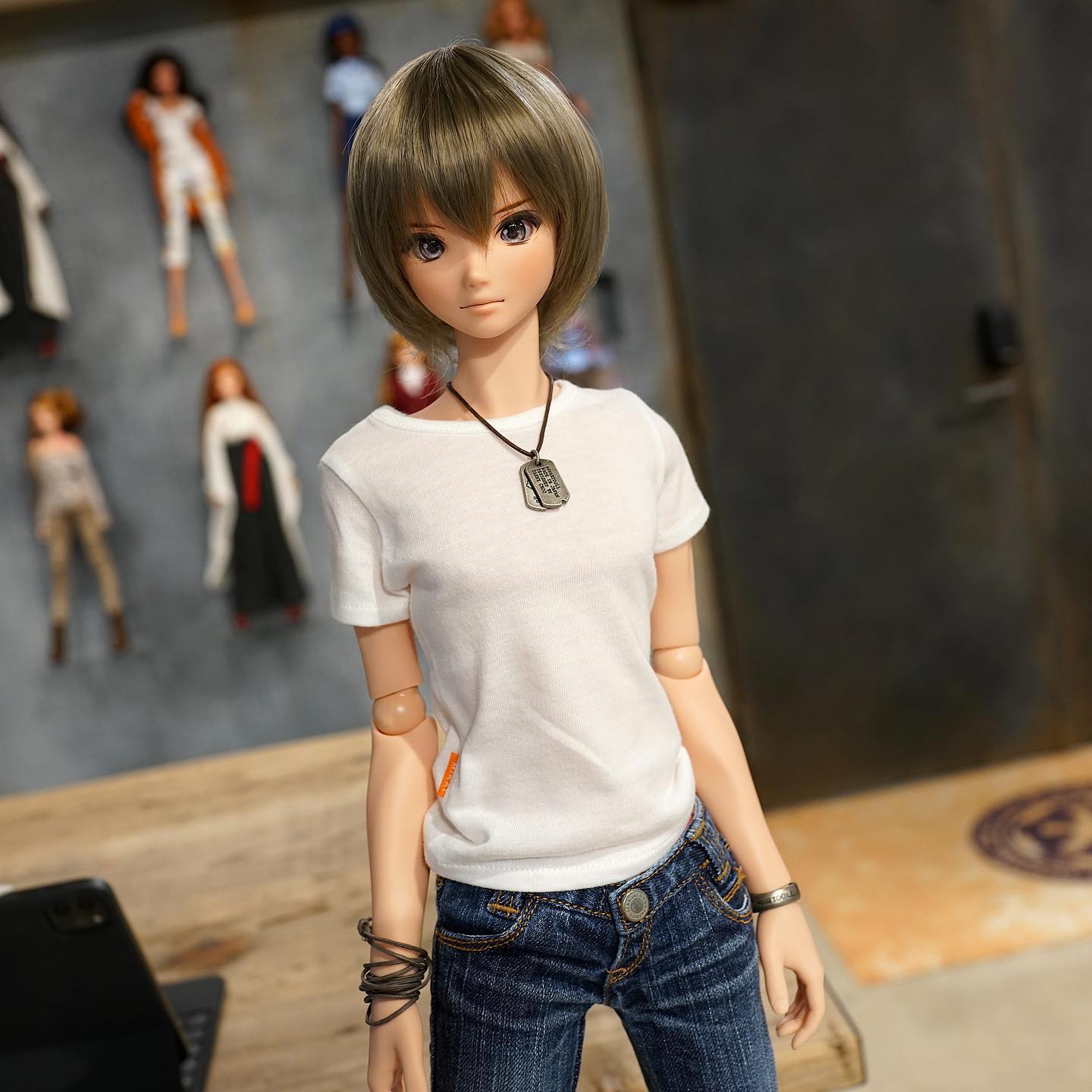 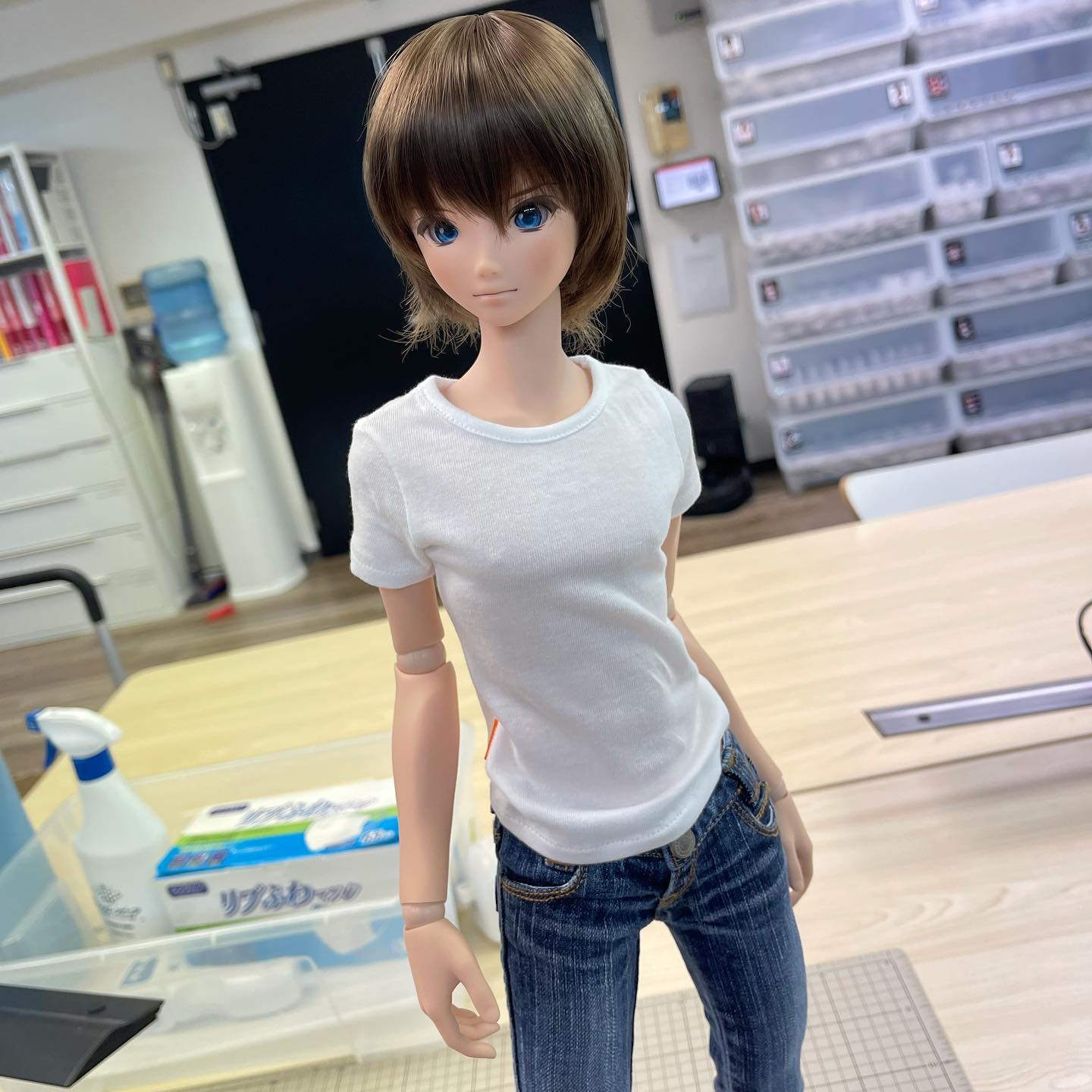 His official name is not finalized, but his code name is Kohaku (琥珀) which means "Amber" in Japanese.
Aileen Nevius ( @sugarsugarcherry on Instagram ) did the face design, which we tweaked to make the paint masks through electroplating.

Just like Atom, we will initially release his head in The Grid. I am exploring various possibilities of reviving the Smart Doll guys using the current master molds. Some of the options include having small production teams in the US and Germany - nothing final - still exploring and no ETA.

For the time being, guy parts will be available in the Chaos section.
The next guy body release will cocoa vinyl parts and frame, which should be sometime mid October. If you are making stuff from Chaos, I would be very interested in seeing your flash cutting skills. After cutting away the flash with a craft knife or scalpel, take a close-up photo of the cut edges, upload them, and tag me to take a lookie ;-)
Ah, the last photo of Kohaku was when the production designs first came back. you prefer him with blue eyes look or the gray?