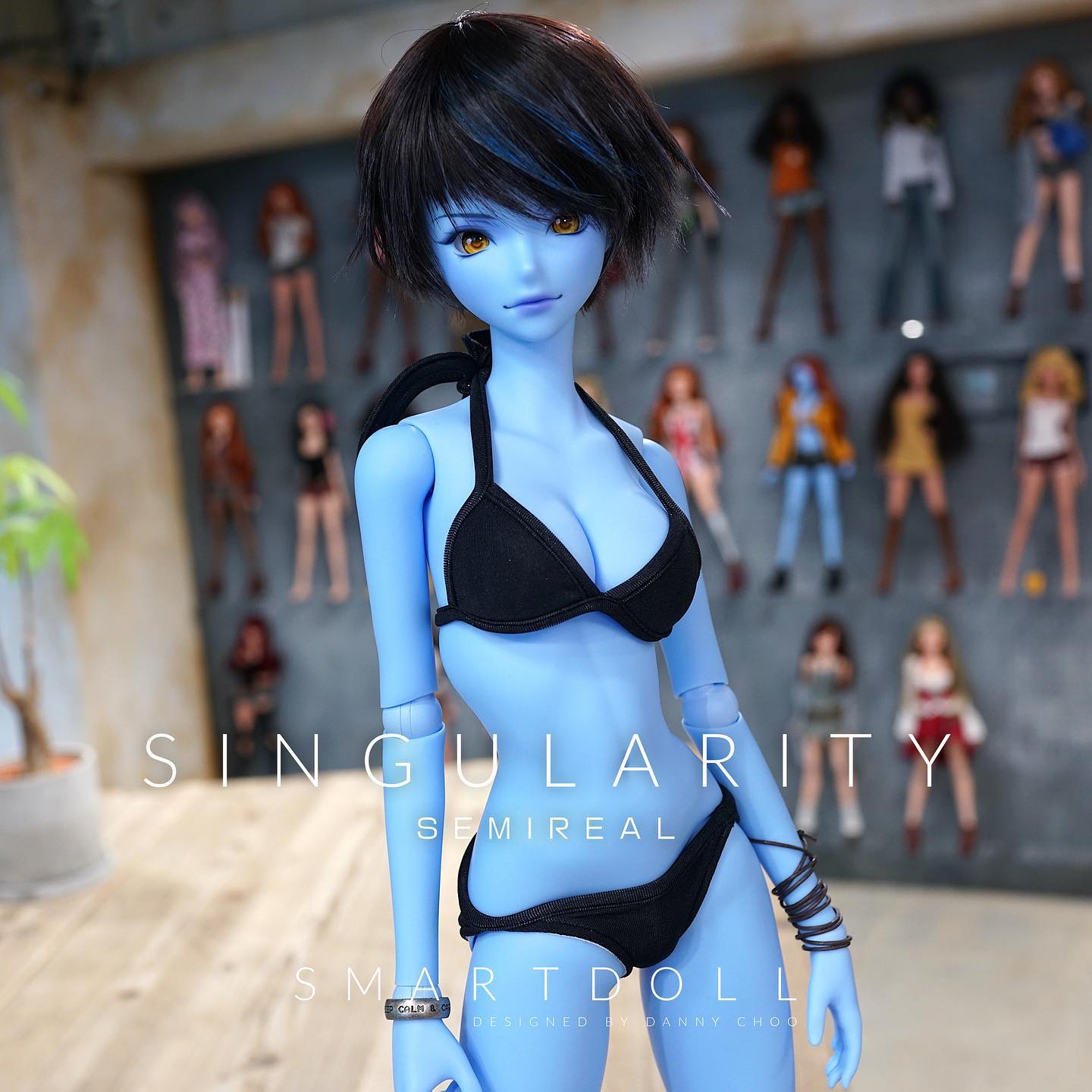 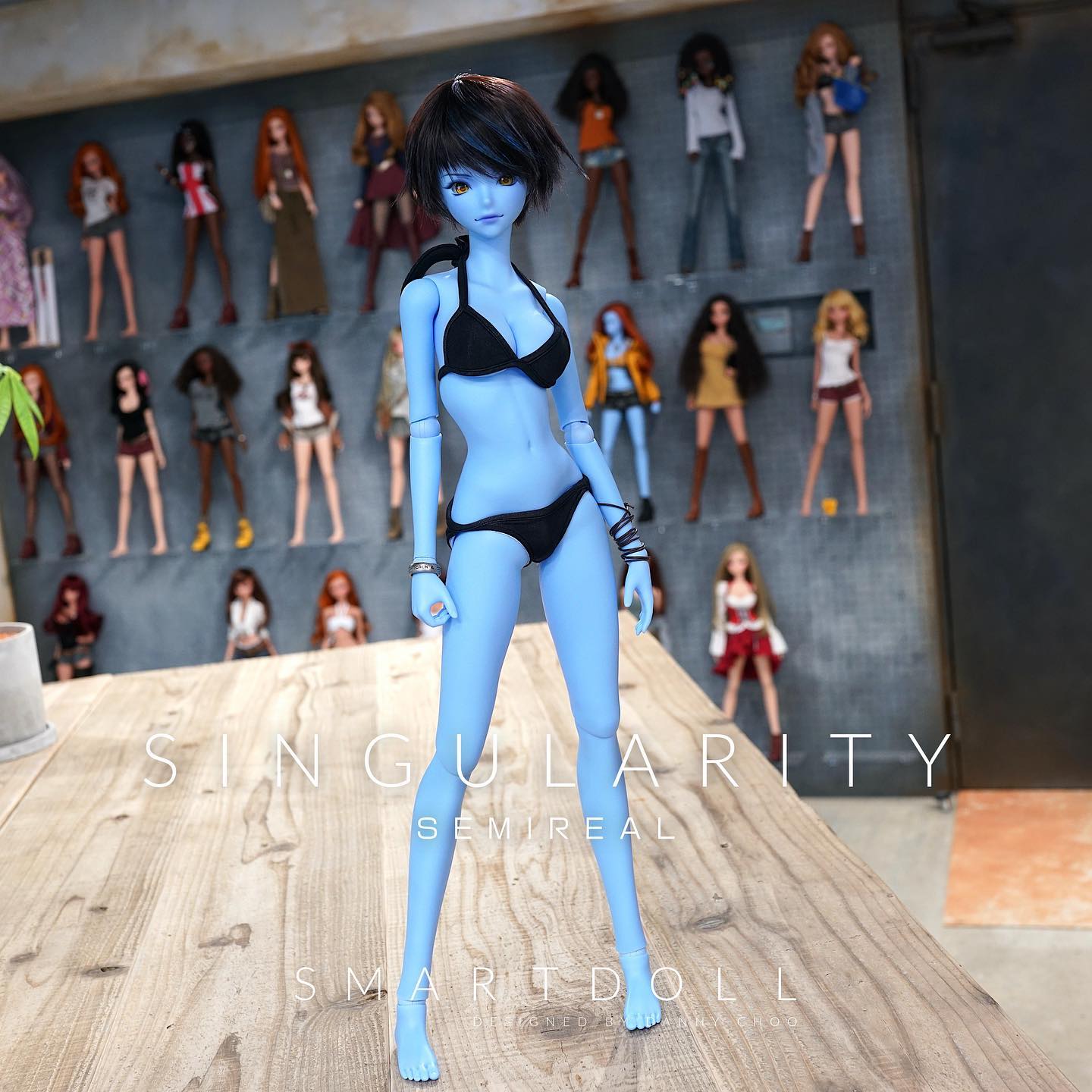 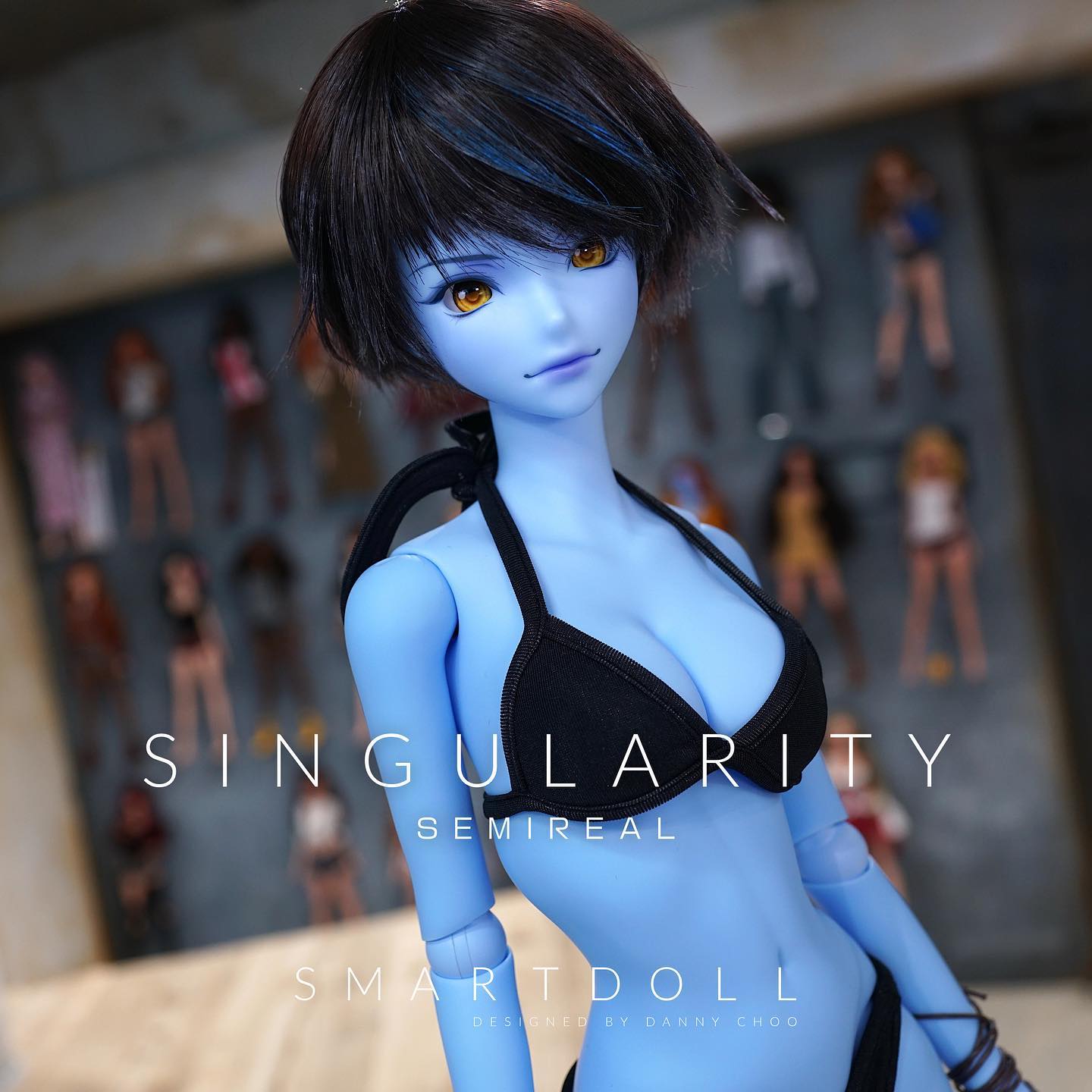 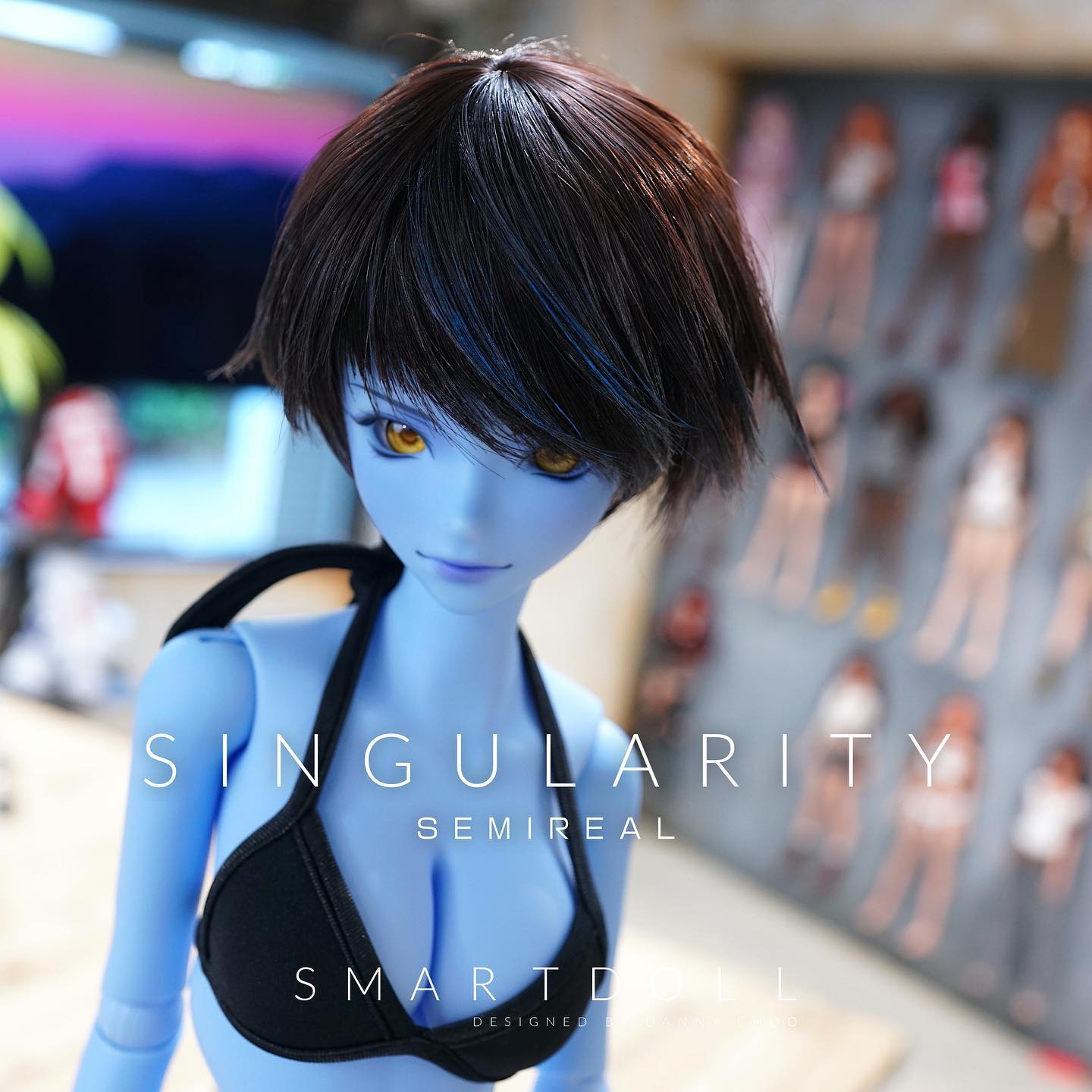 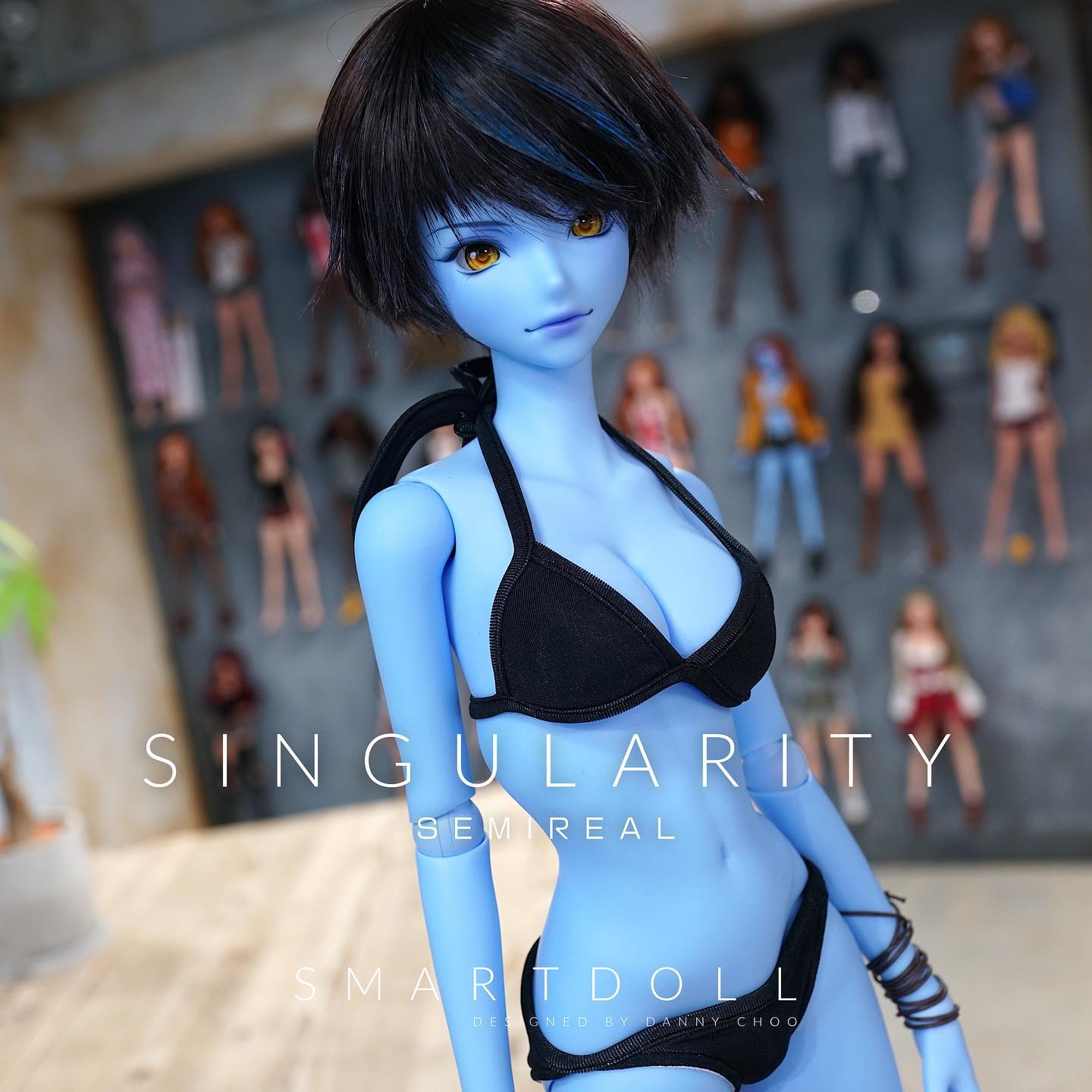 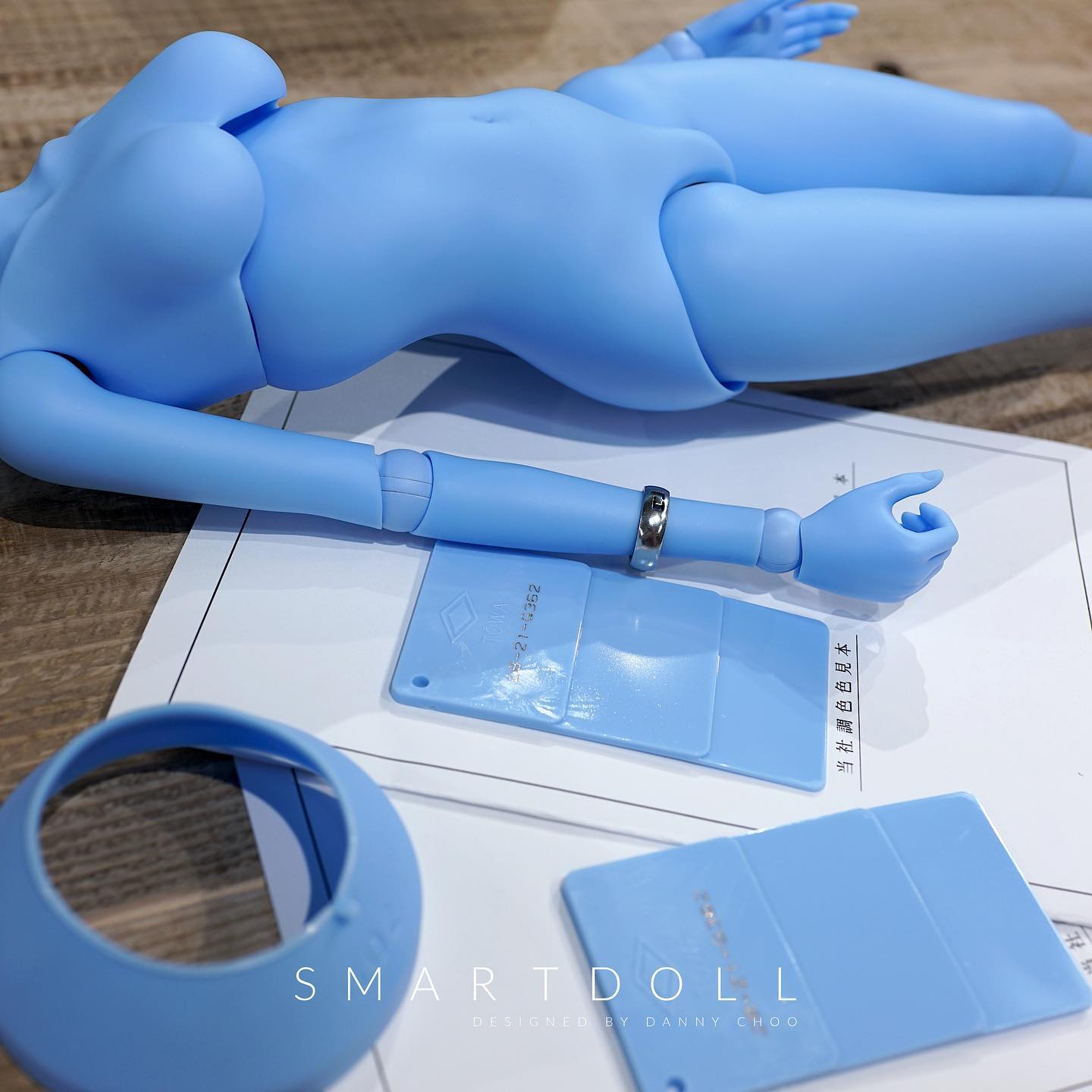 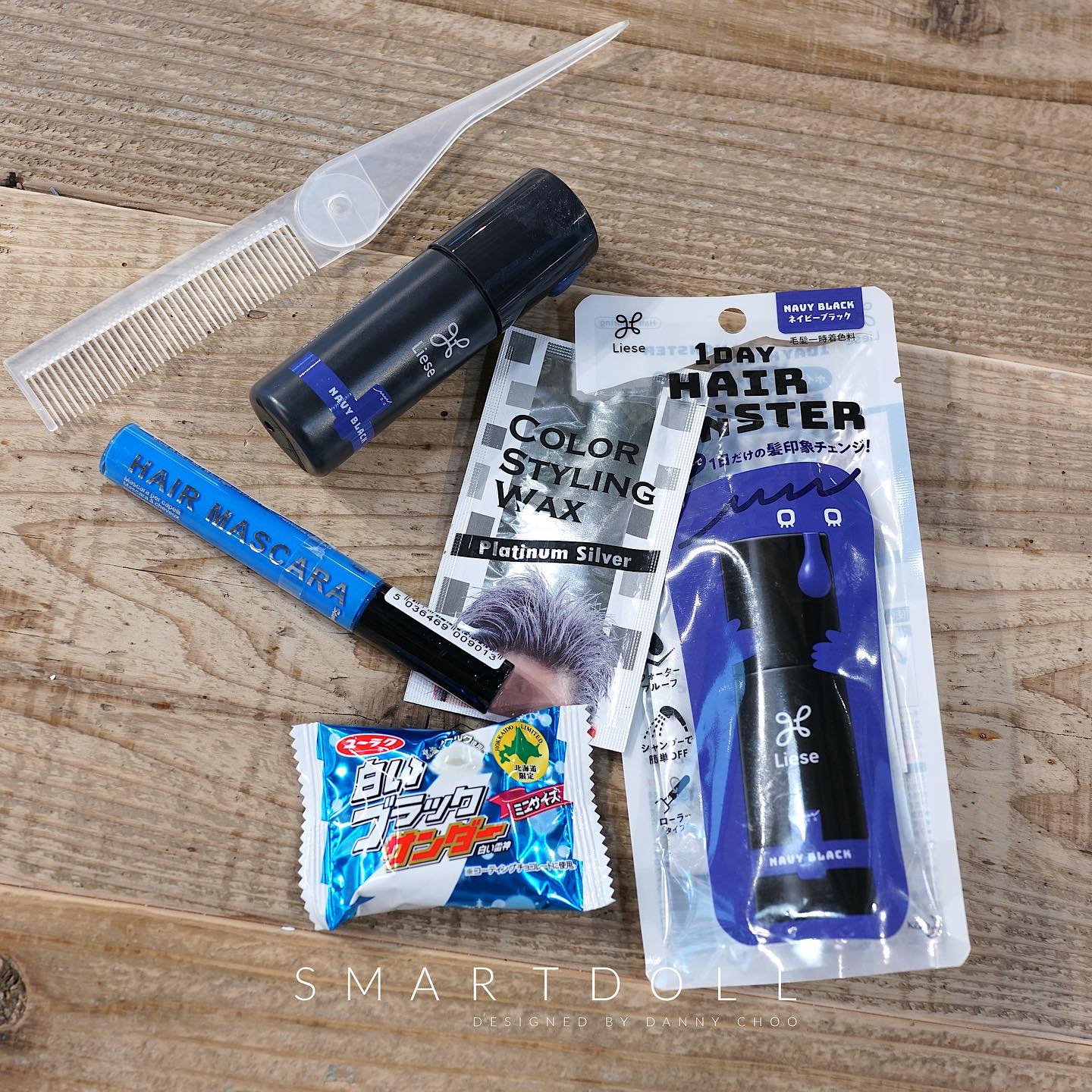 The product detail page for Singularity Semi-real is now in the coming soon section on the Smart Doll Online store where you can sign up for alerts. She will be released after the anime version. Wig is not final but we are experimenting with the ways folks can style the wigs on their own with some hair mascara and color styling wax.
Progress on Interstellar Blue is coming along kushty with the anime version of singularity already in the electroplating bath for the paint masks. The frame color wont be an exact 100% match but we are working to get it as close as possible. Today some plates came in but even if it looks like a good match here, we wont know until we do another test shot. This is because light refracts off a matte surface and makes it appear lighter on the matte joints. Doing test shots in the injection molding world is costly as they are heavy and involve cranes. Just putting them in place in the injection molding machine costs about 200,000 JPY (about 2000 USD).