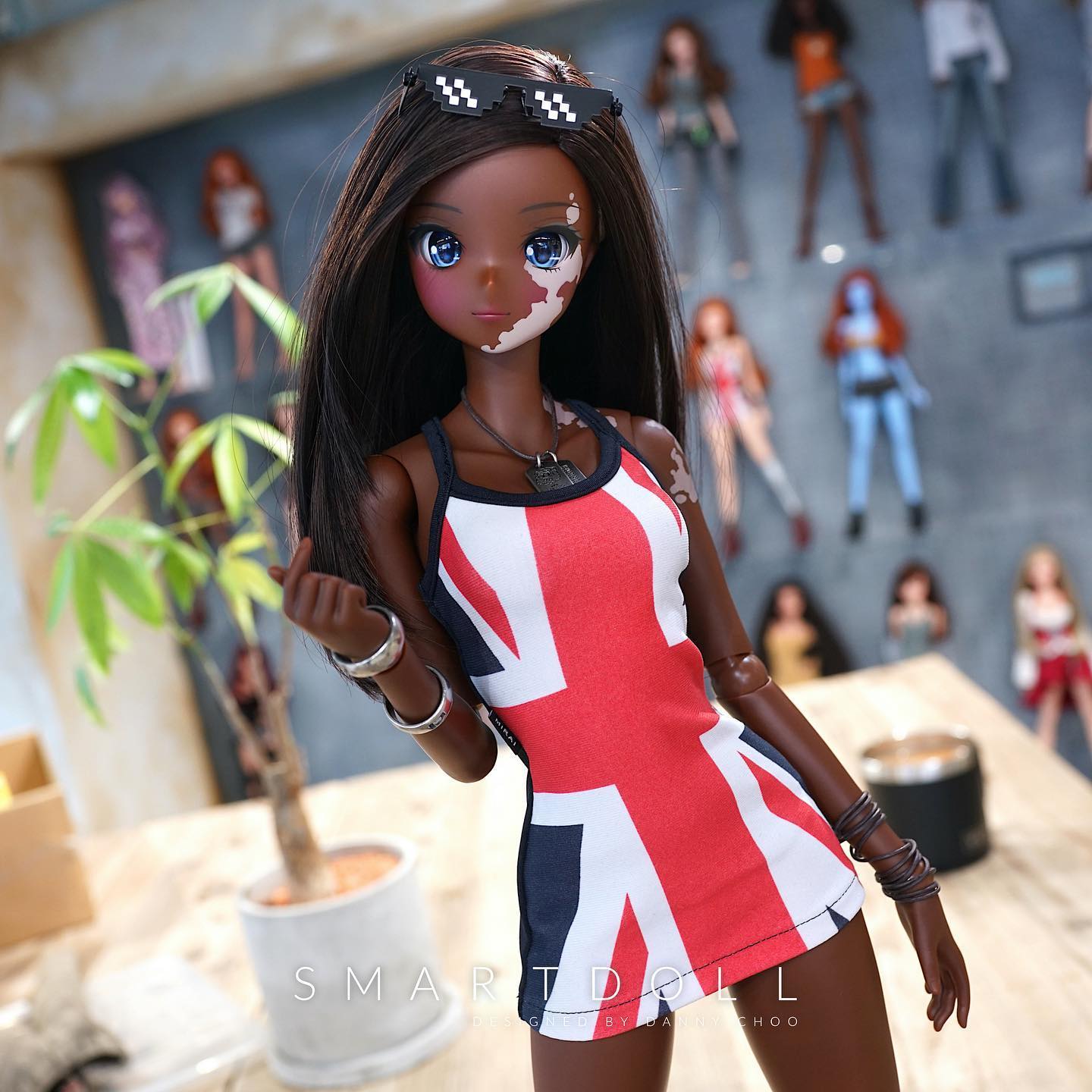 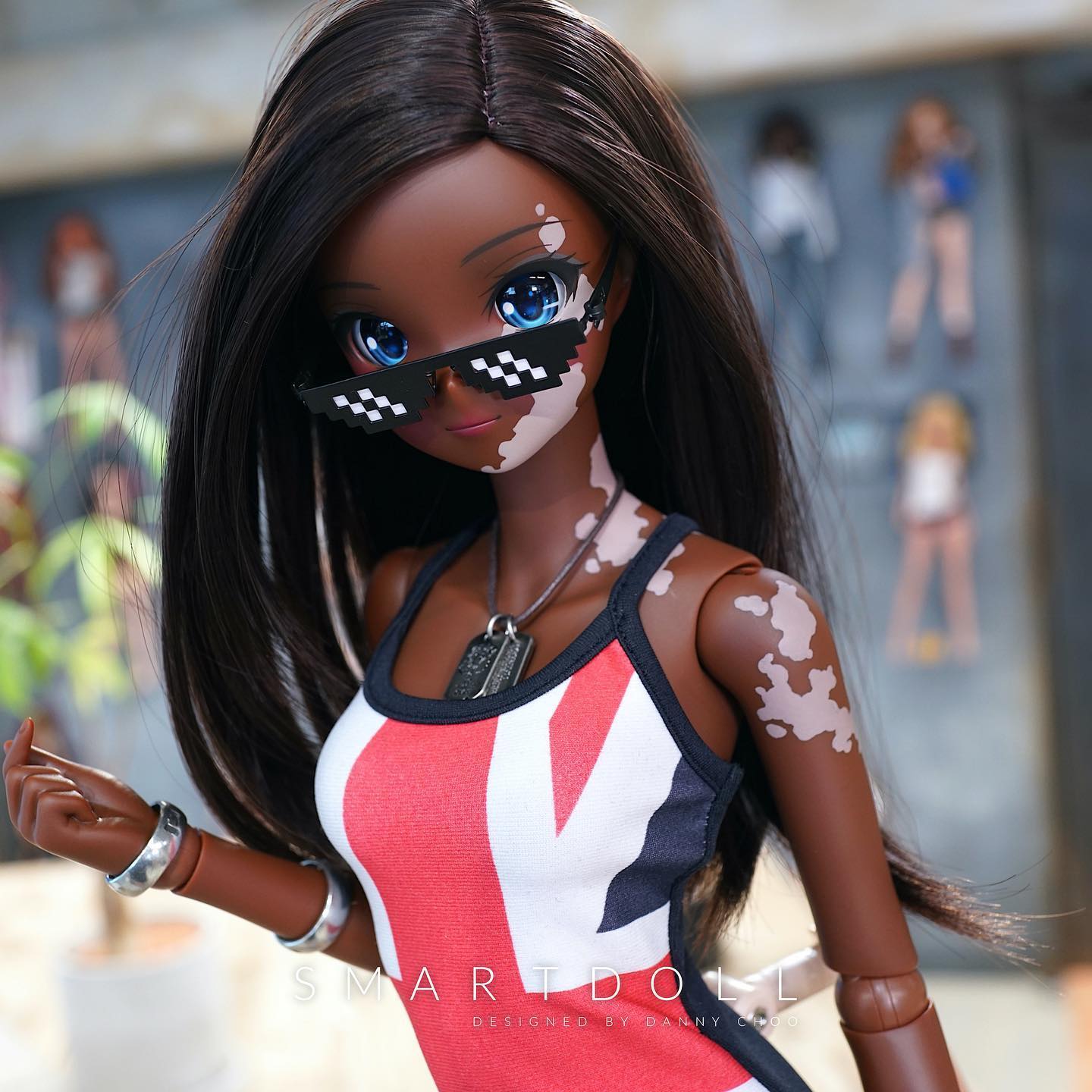 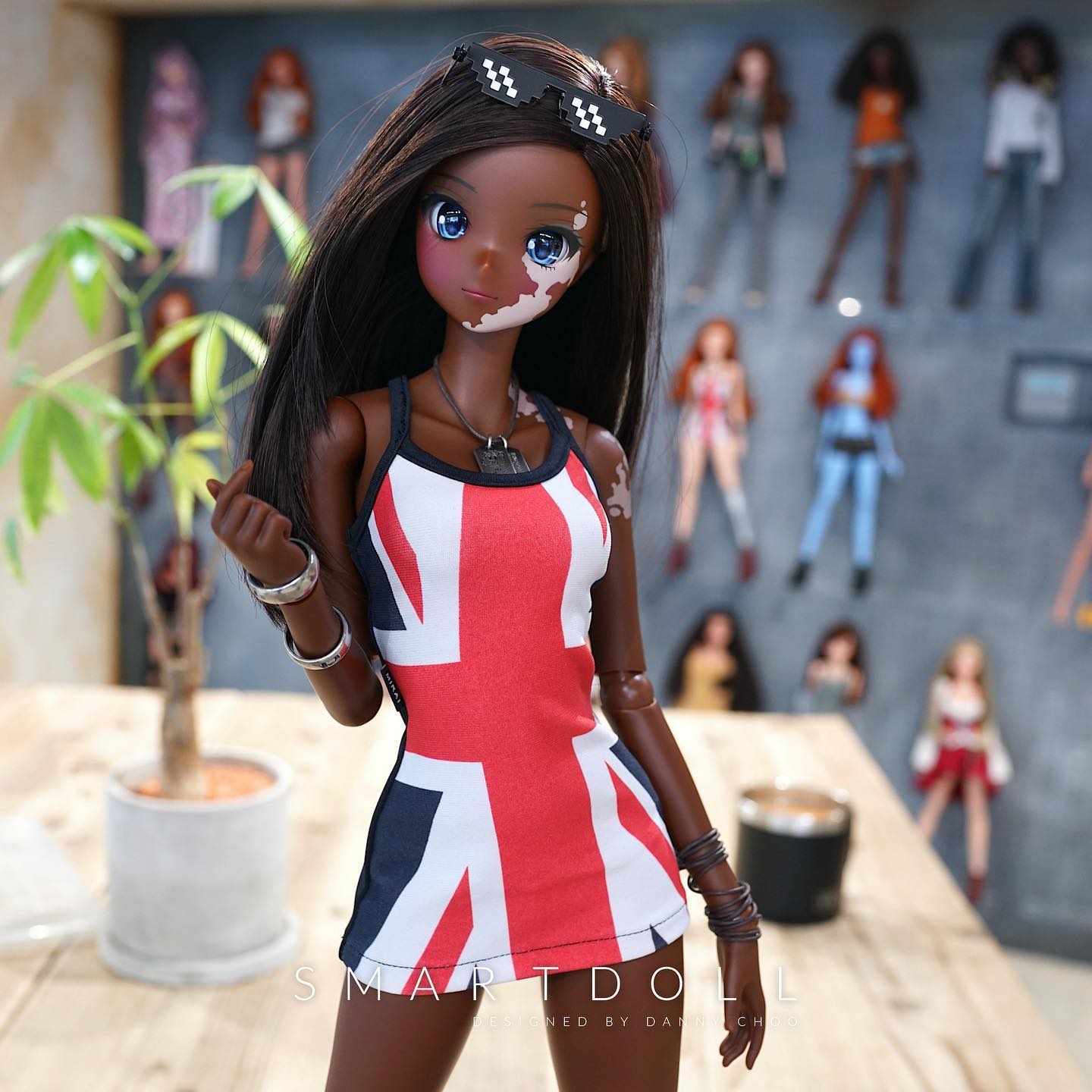 Smart Doll design philosophy is based on the Japanese Wabi-Sabi principle which states that true beauty can only be attained with a correlate amount of imperfection. This principle is grounded in not only the design of our apparel but also for our Smart Dolls too.
@studiomiscast on Instagram reminds us that its World Vitiligo Day on the 25th June. The following taken from Wikipedia. "The World Vitiligo Day, observed on June 25, is an initiative aimed to build global awareness about vitiligo. Vitiligo occurs in 1-2% of the population worldwide; a loss of color in the skin creating a variety of patterns on the skin from loss of pigment. Vitiligo is often called a disease instead of a disorder and that can have a significantly negative social and/or psychological impact on patients, in part because of numerous misconceptions still present in large parts of the world." Liberty has had vitiligo on her face but we are in the process of electroplating paint masks for her bust and upper left arm. These photos are just a prototype but the surface area of vitiligo is larger for the final product and will come with Liberty as default - no eta for release yet. Doing the whole body covered in Vitiligo right now is not scalable at the moment for our small operations but can be possible when Dollmination happens.

The Deal With It glasses are a new prototype - this time with a better fit as the previous one made the wig spread out too much. The glasses are in production now in Sabae Japan and should be ready within next two months.
#tokyo #smartdoll #anime #manga #doll #bjd #fashion #3dprinting #fashiondoll #dollphoto #dollphotography #dollphotographer #dollfashion #bjdphotography #japan #vitiligo