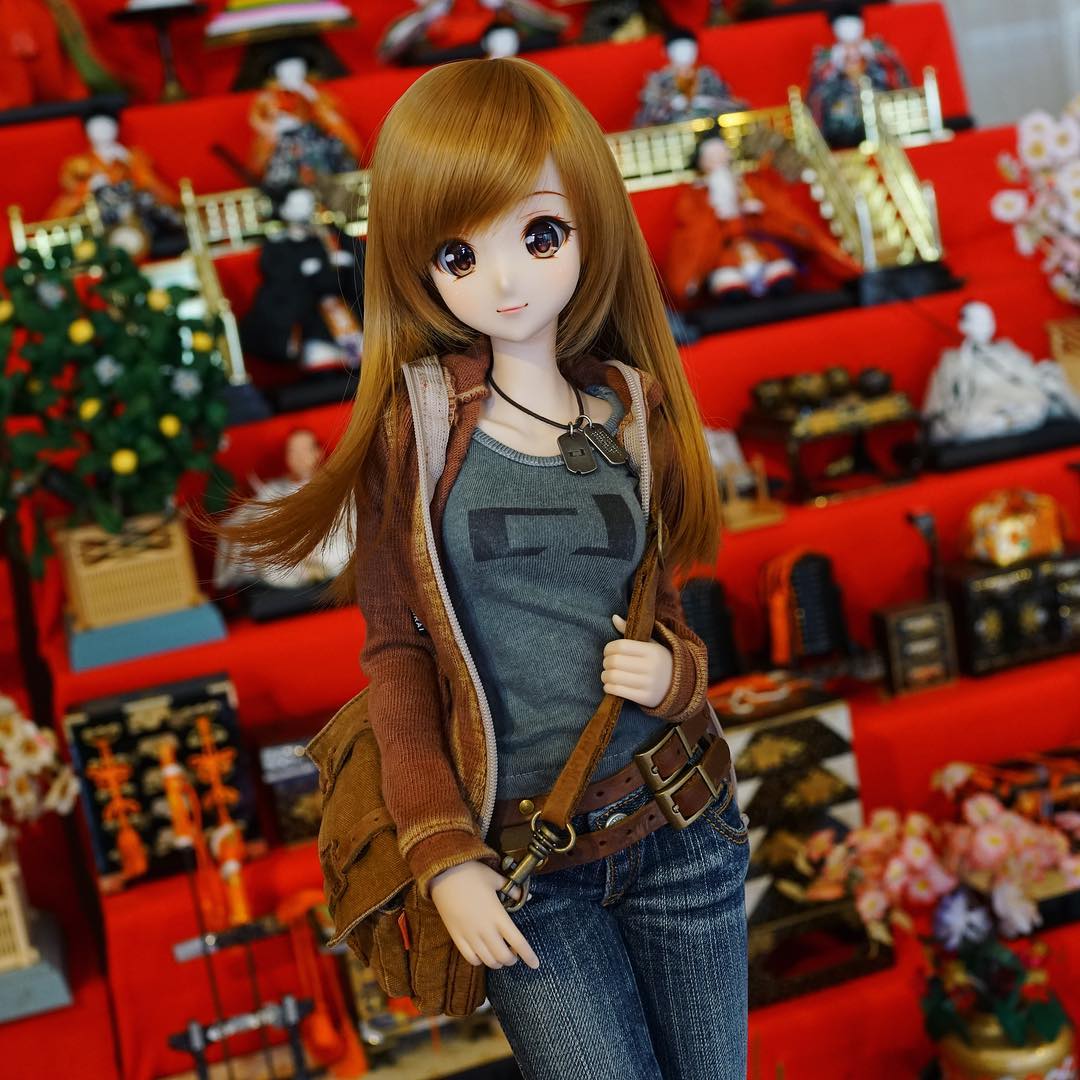 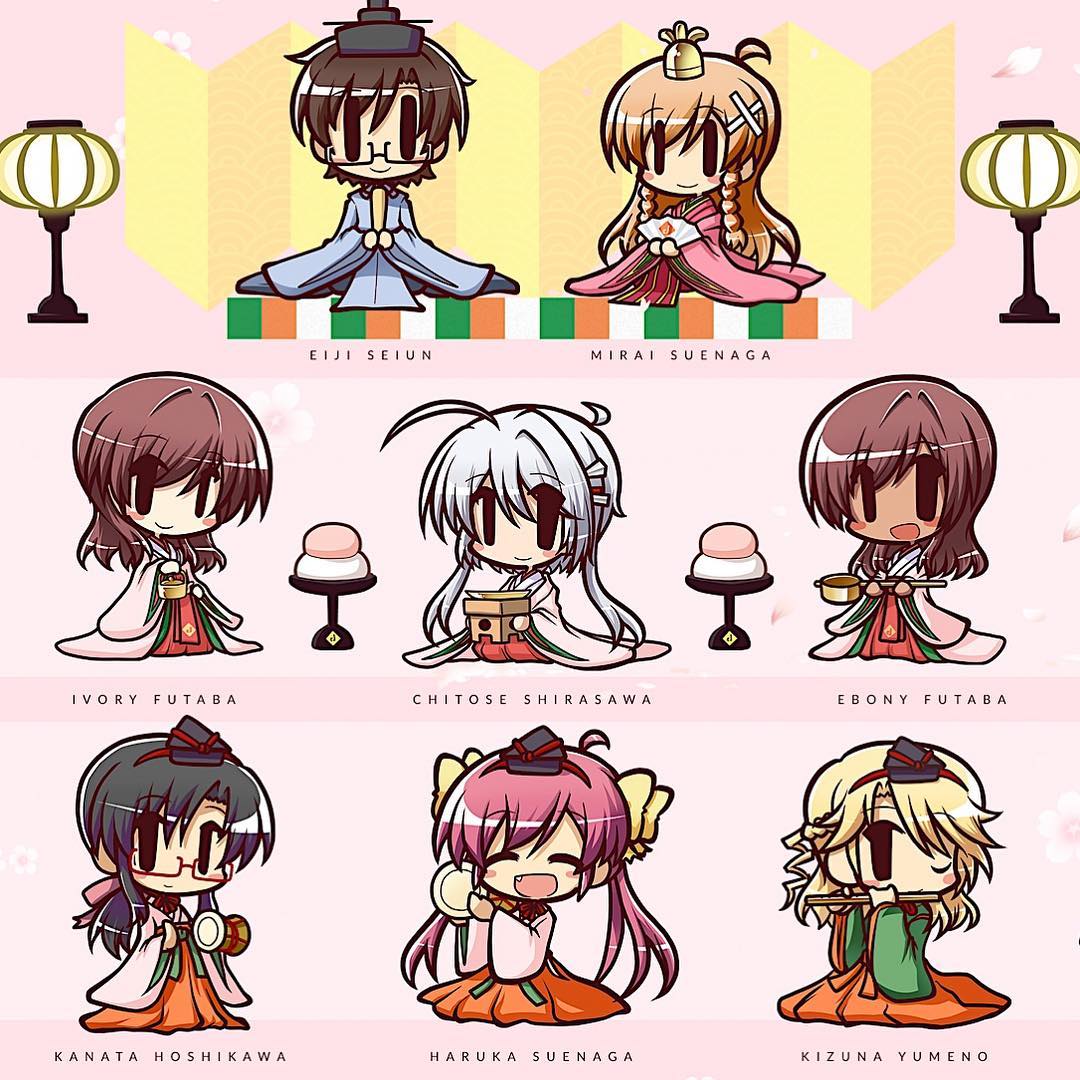 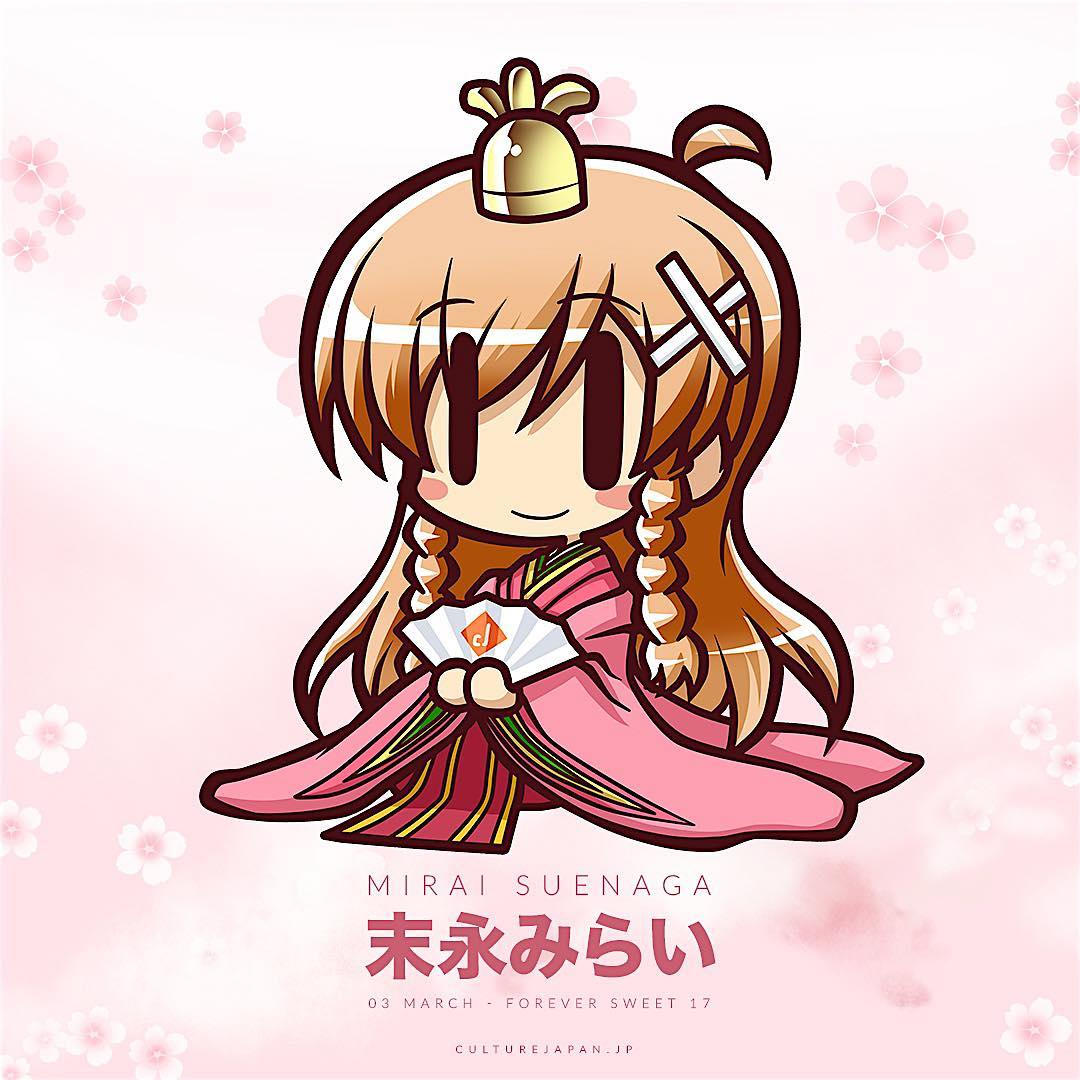 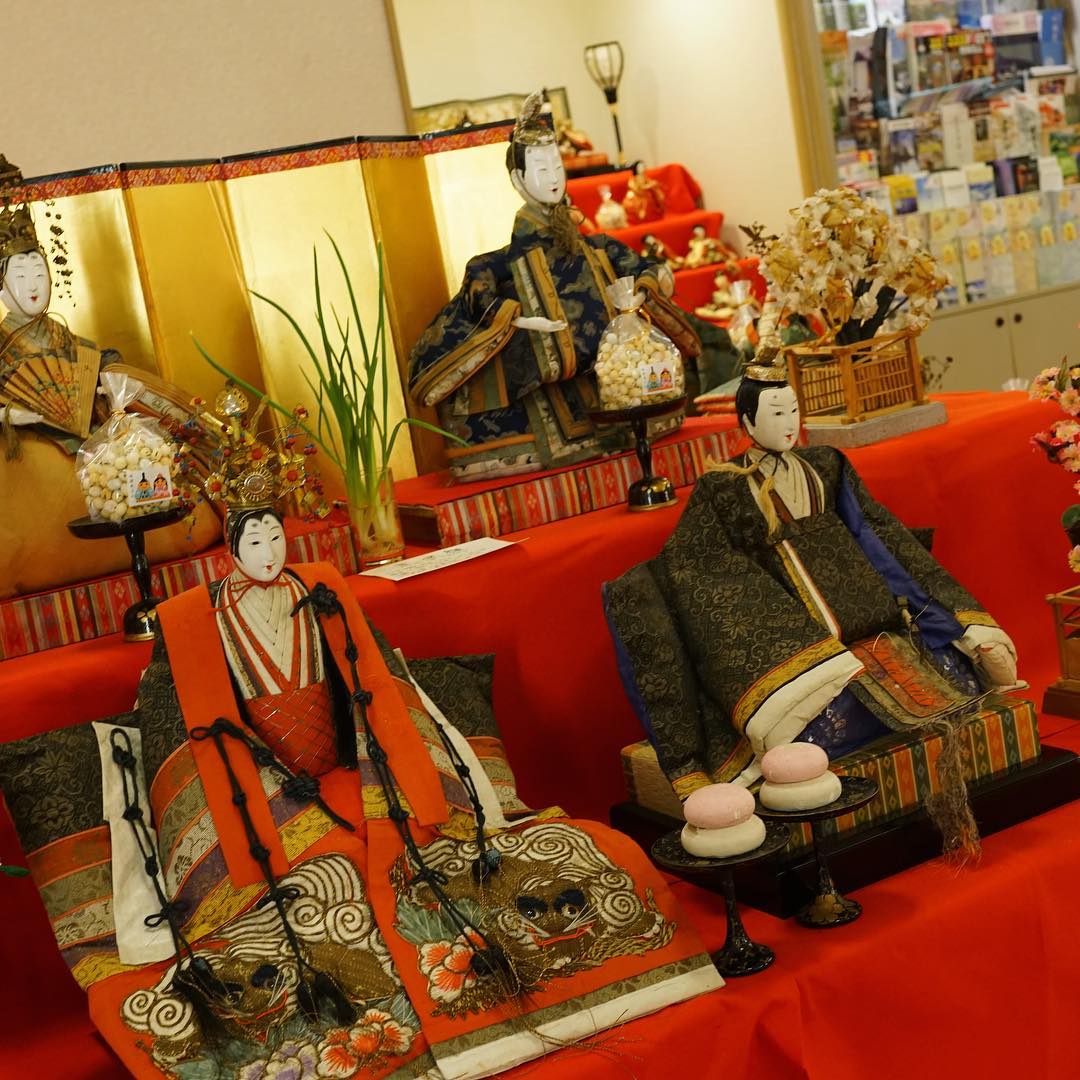 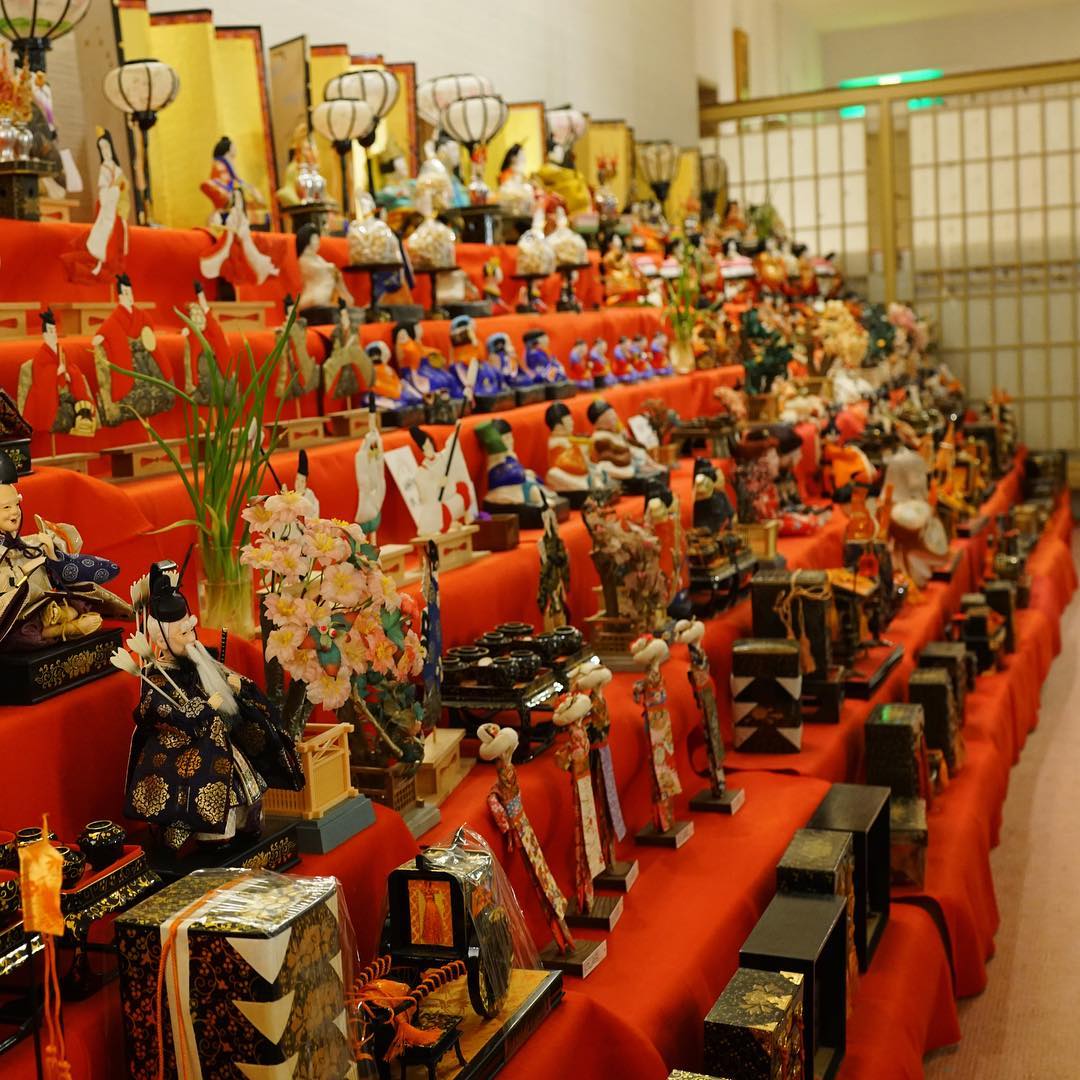 It's March 3rd in Japan today which means that its also Mirai Suenaga's birthday where she just turned sweet 17 again.
The Hina Matsuri is a festival that takes place on the 3rd of March to wish the healthy and prosperous growth of young girls (like Mirai-chan). During this time, ornamental dolls called Hina Ningyo are displayed on tiered steps which are covered in red cloth.
The second illustration shows our Mirai dressed up as the Empress who sits with the Emperor on the top tier of steps

The second tier displays court ladies and the third tier displays musicians. Not all Hina platforms are displayed like this however and can just be filled with a load of dolls on each tier.

Traditionally, Hina dolls are said to absorb evil spirits in place of your real 3D daughter. As the Hina dolls contain evil spirits, they shouldn't be kept around for too long as your real daughter would not be able to get married happily. Thus the Hina dolls should be put away soon after the Hina Matsuri.
During the Heian period, Hina dolls made out of paper were set afloat on a river which would later be collected and burned.
#smartdoll #notweet