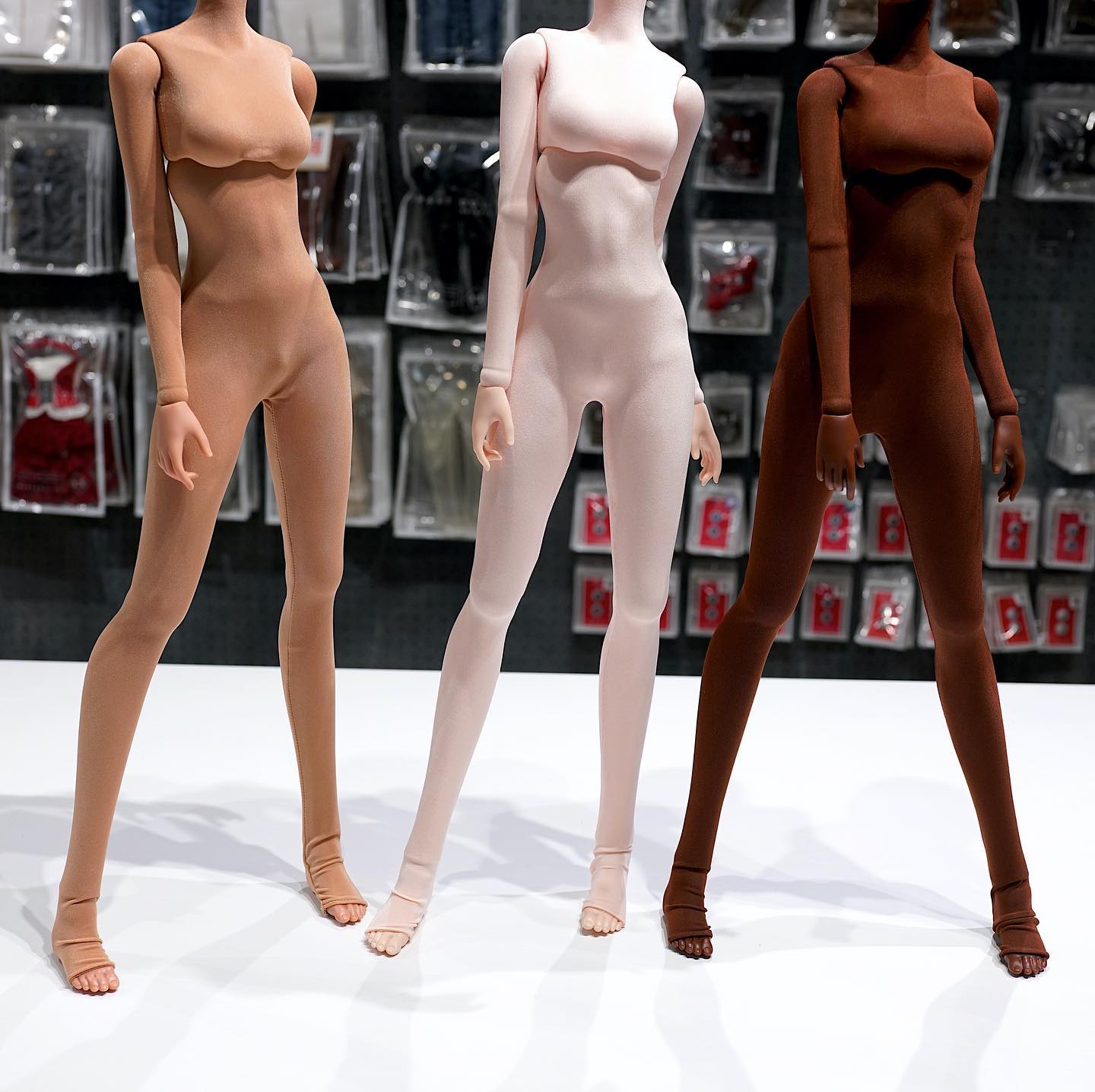 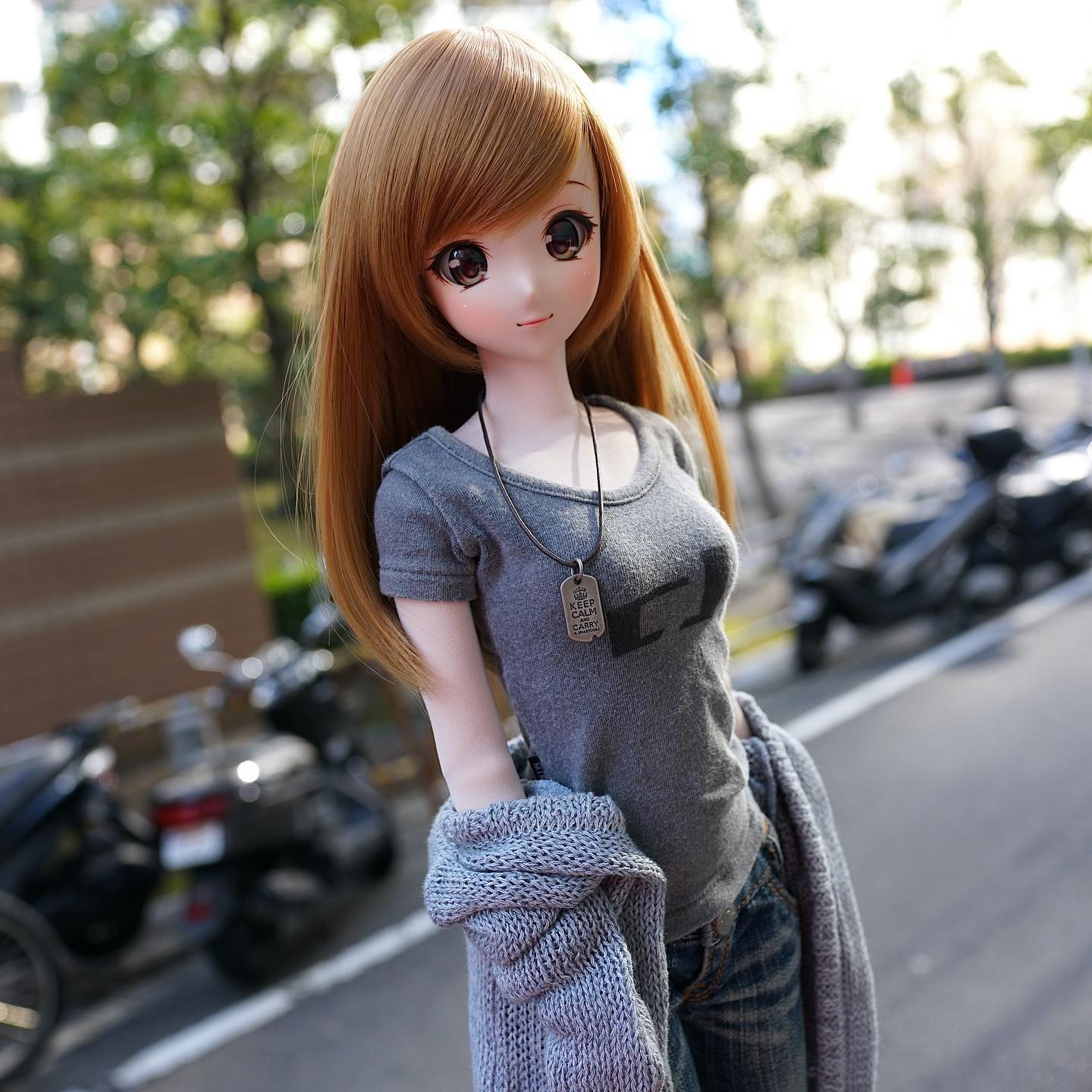 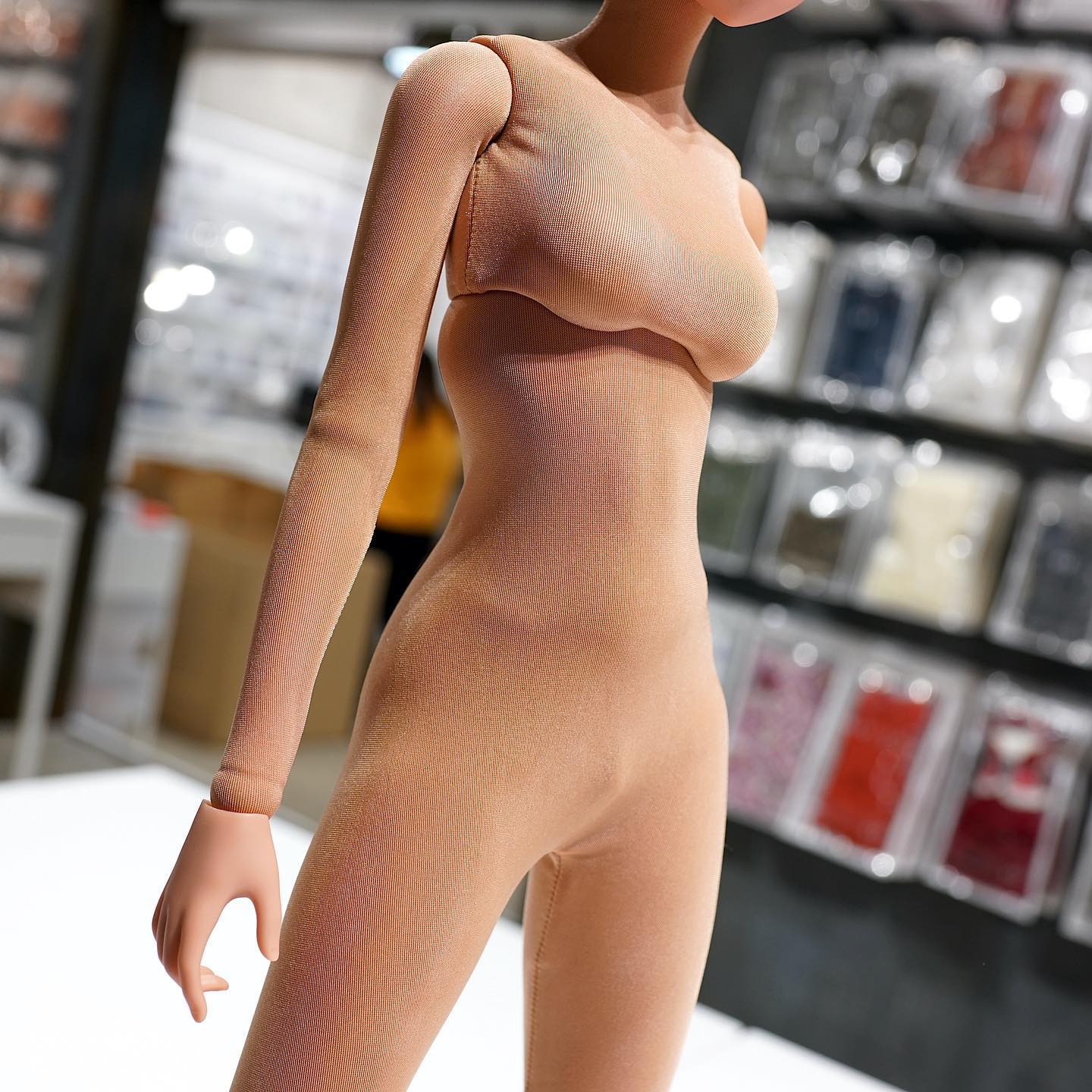 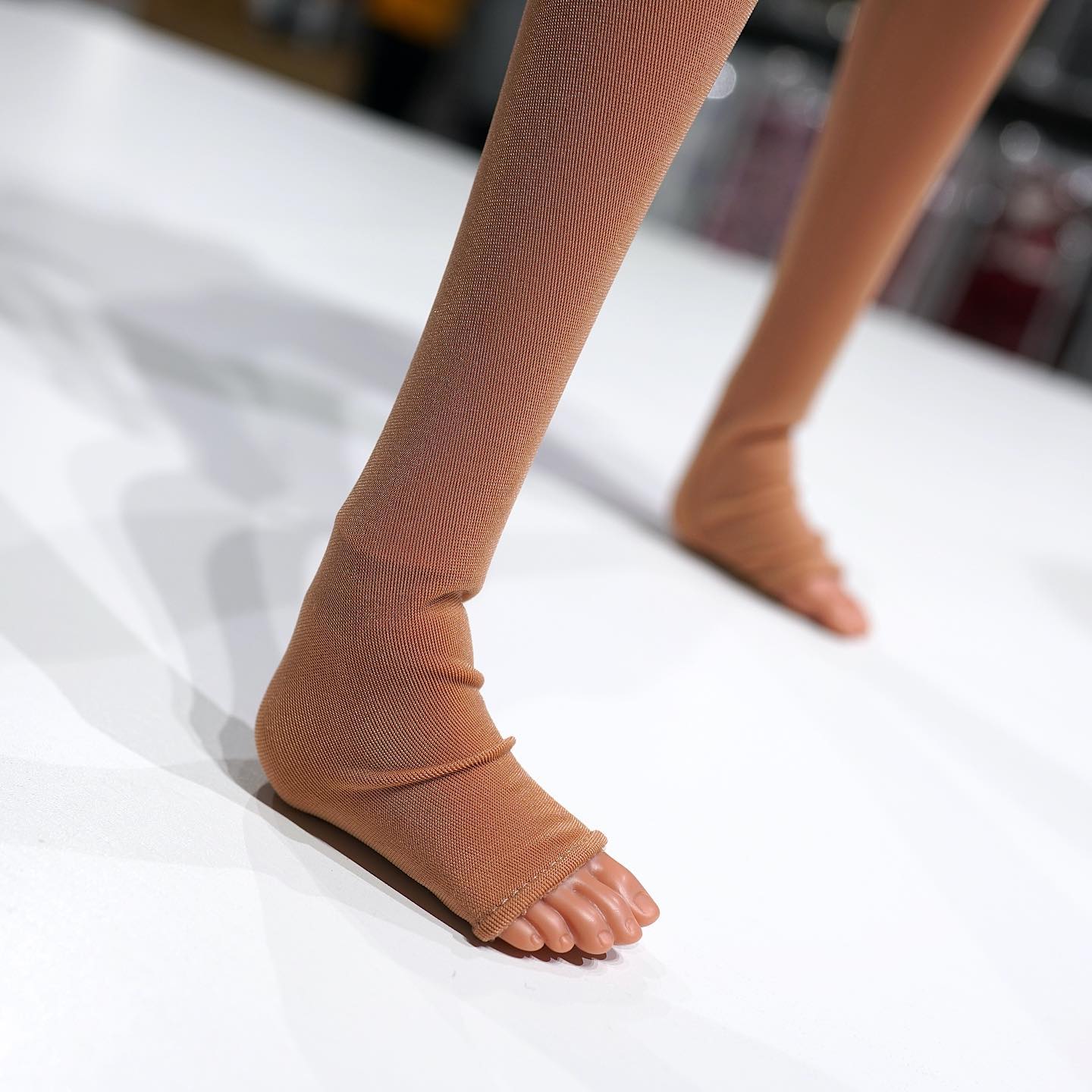 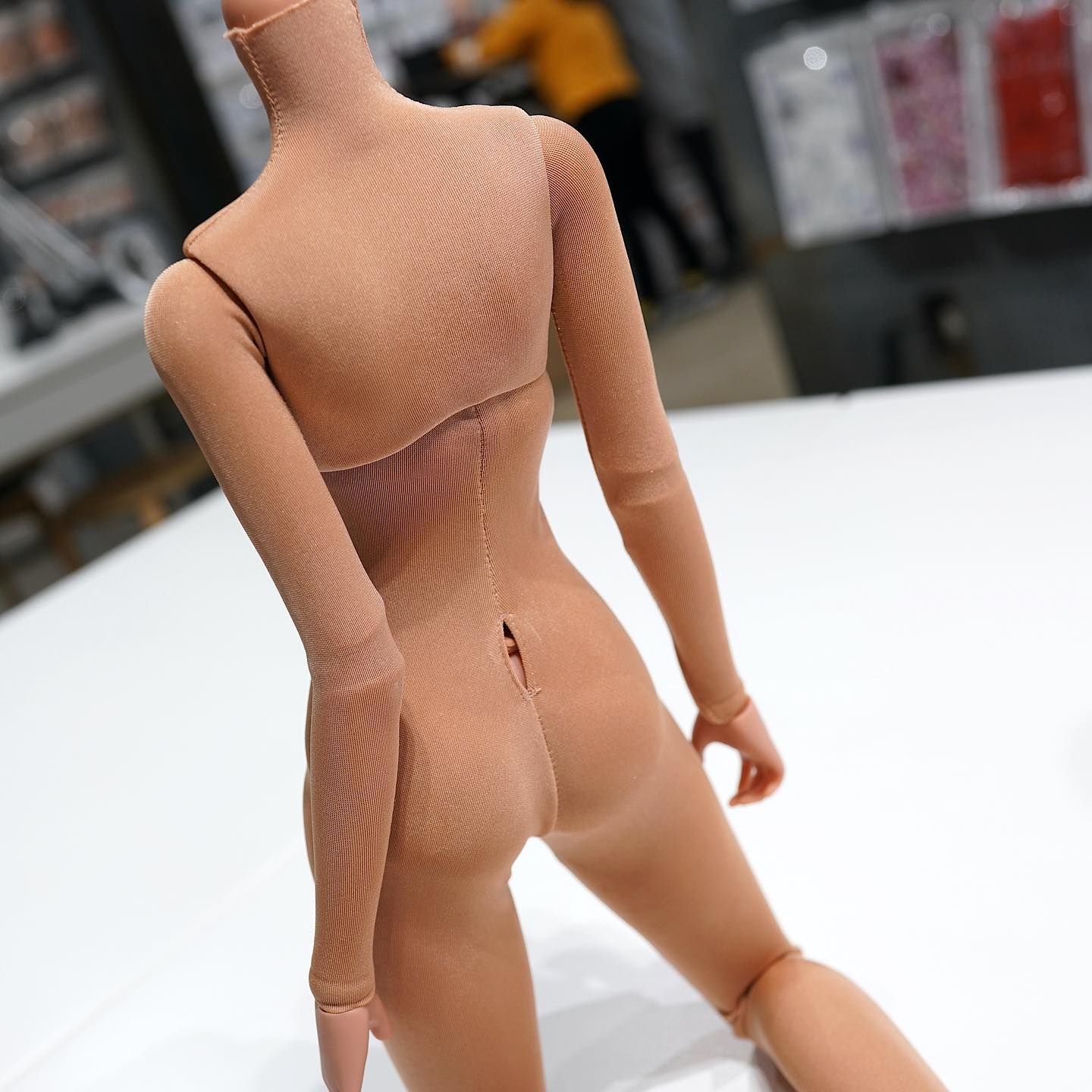 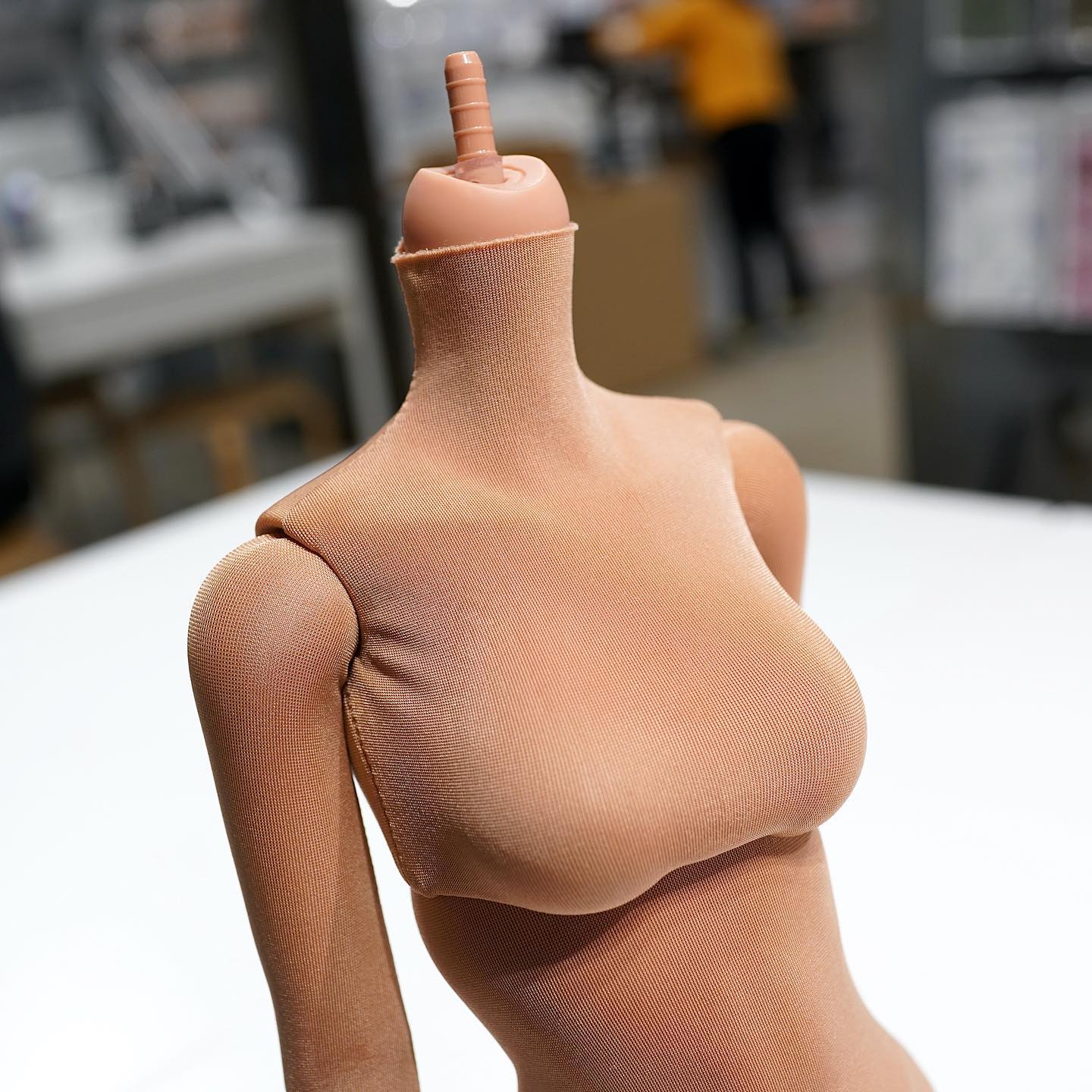 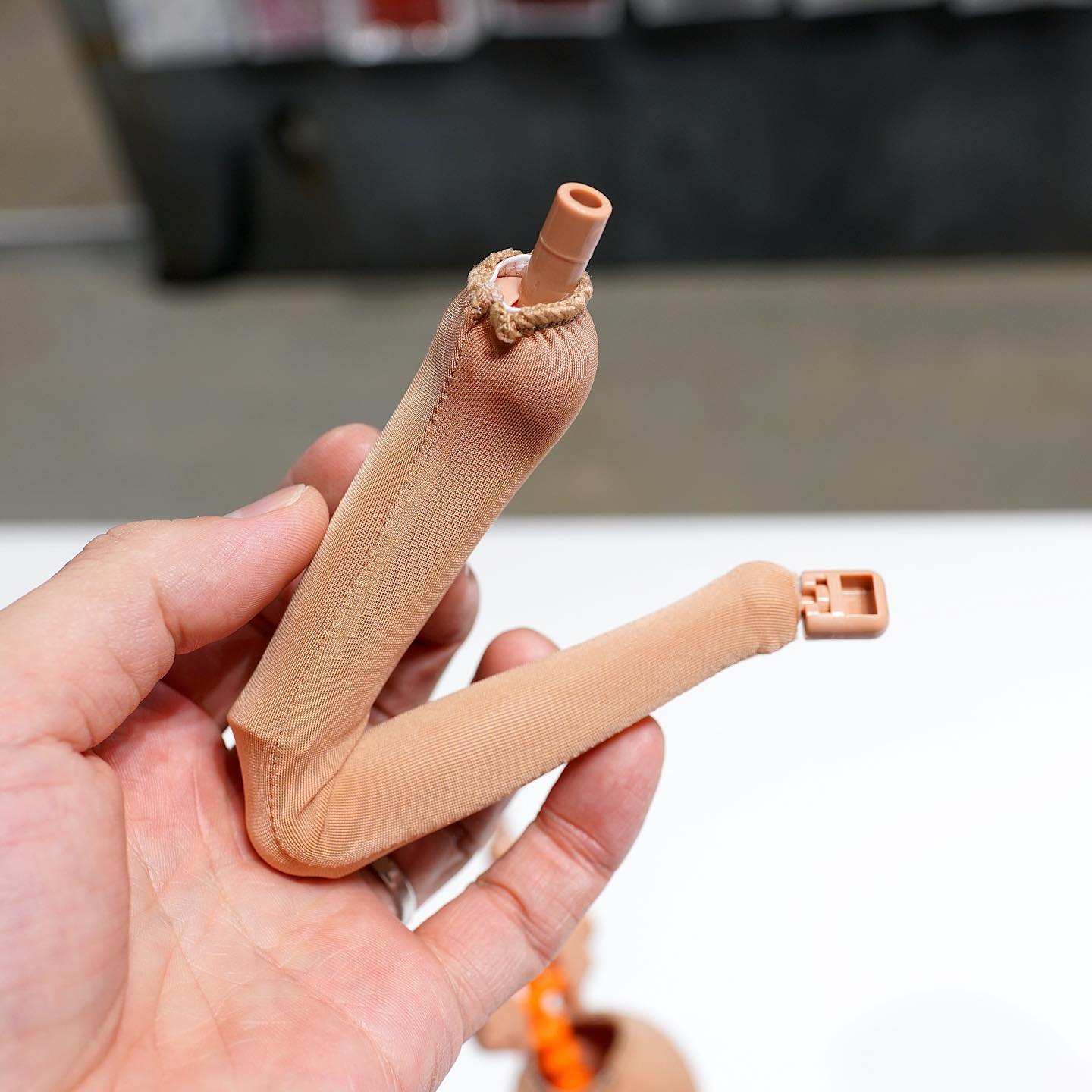 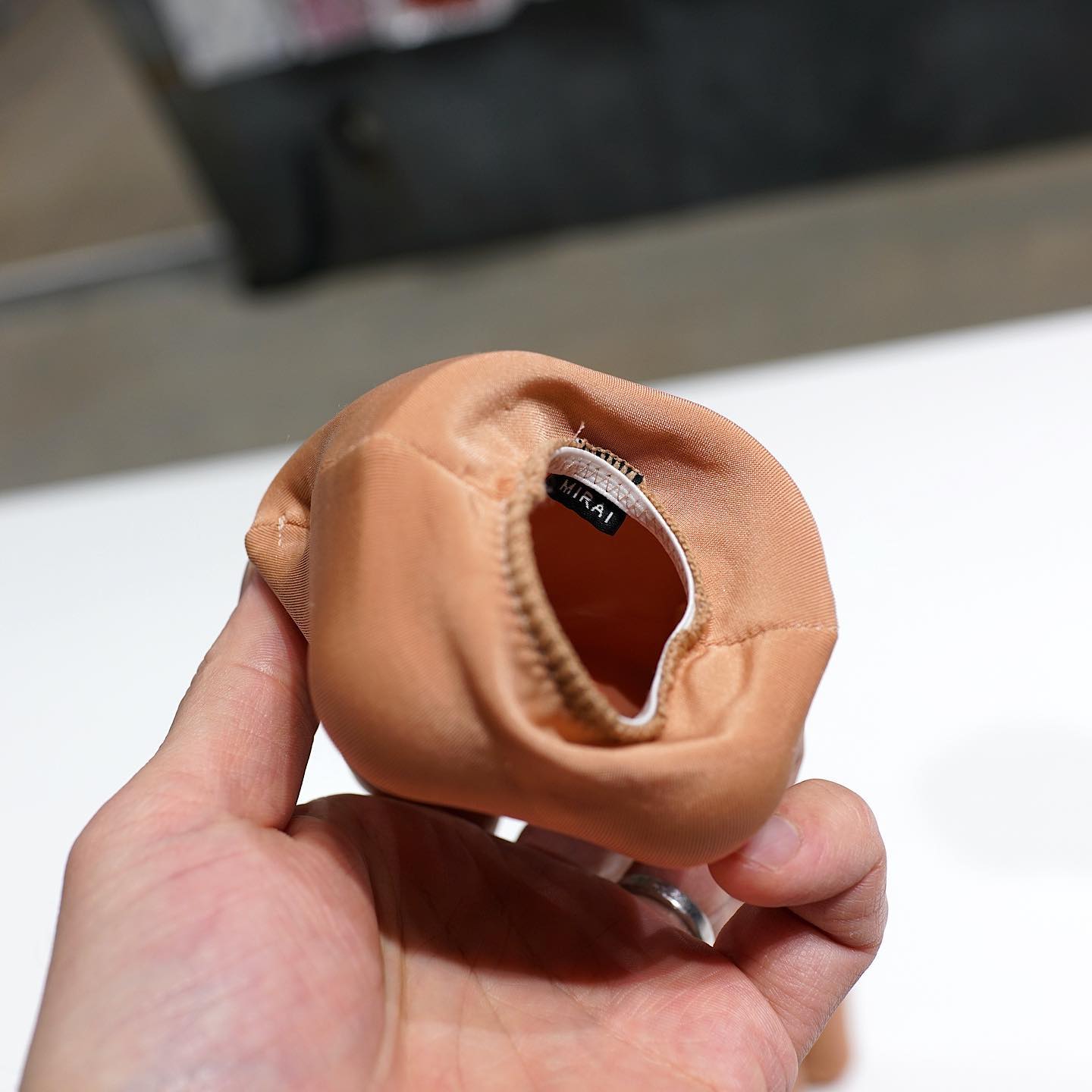 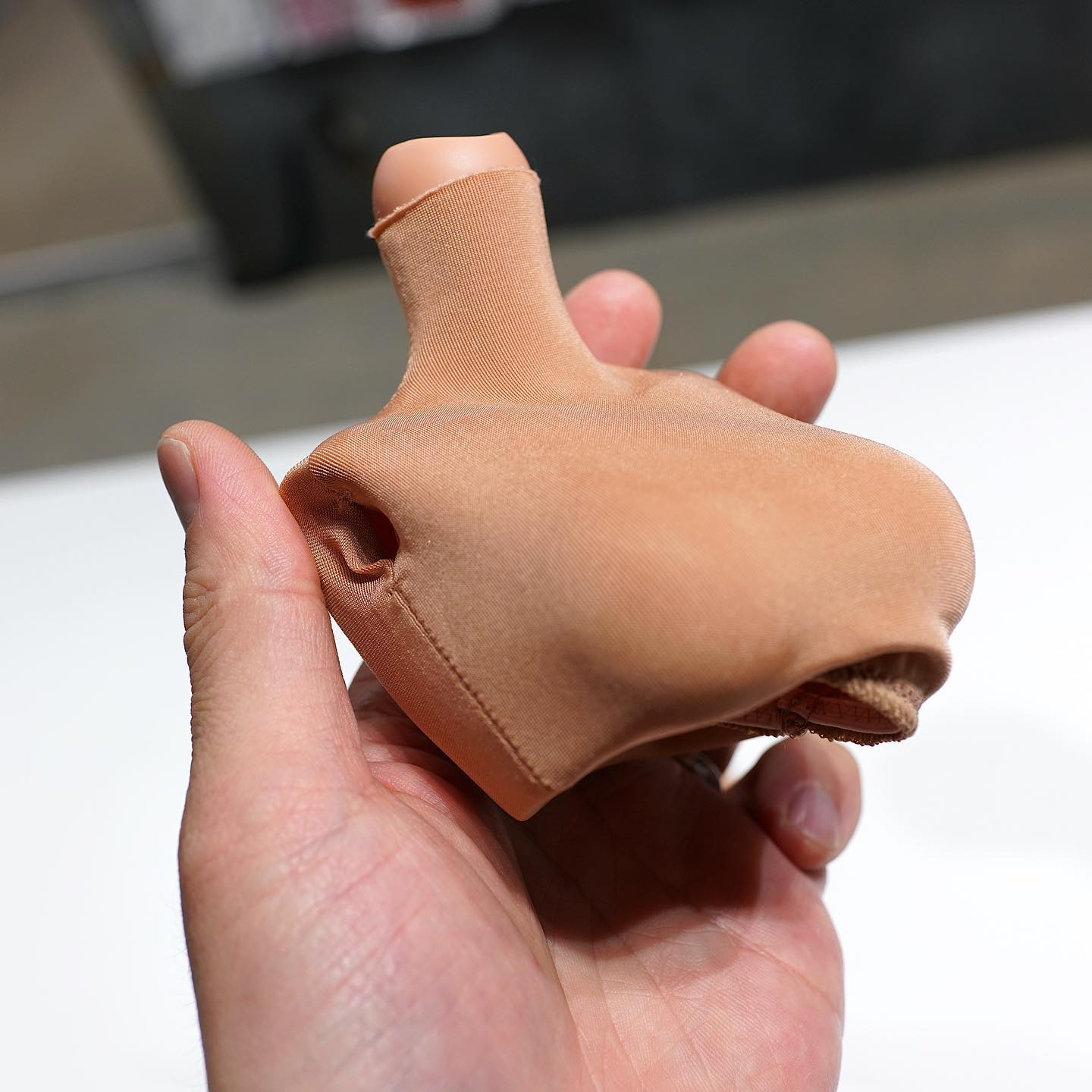 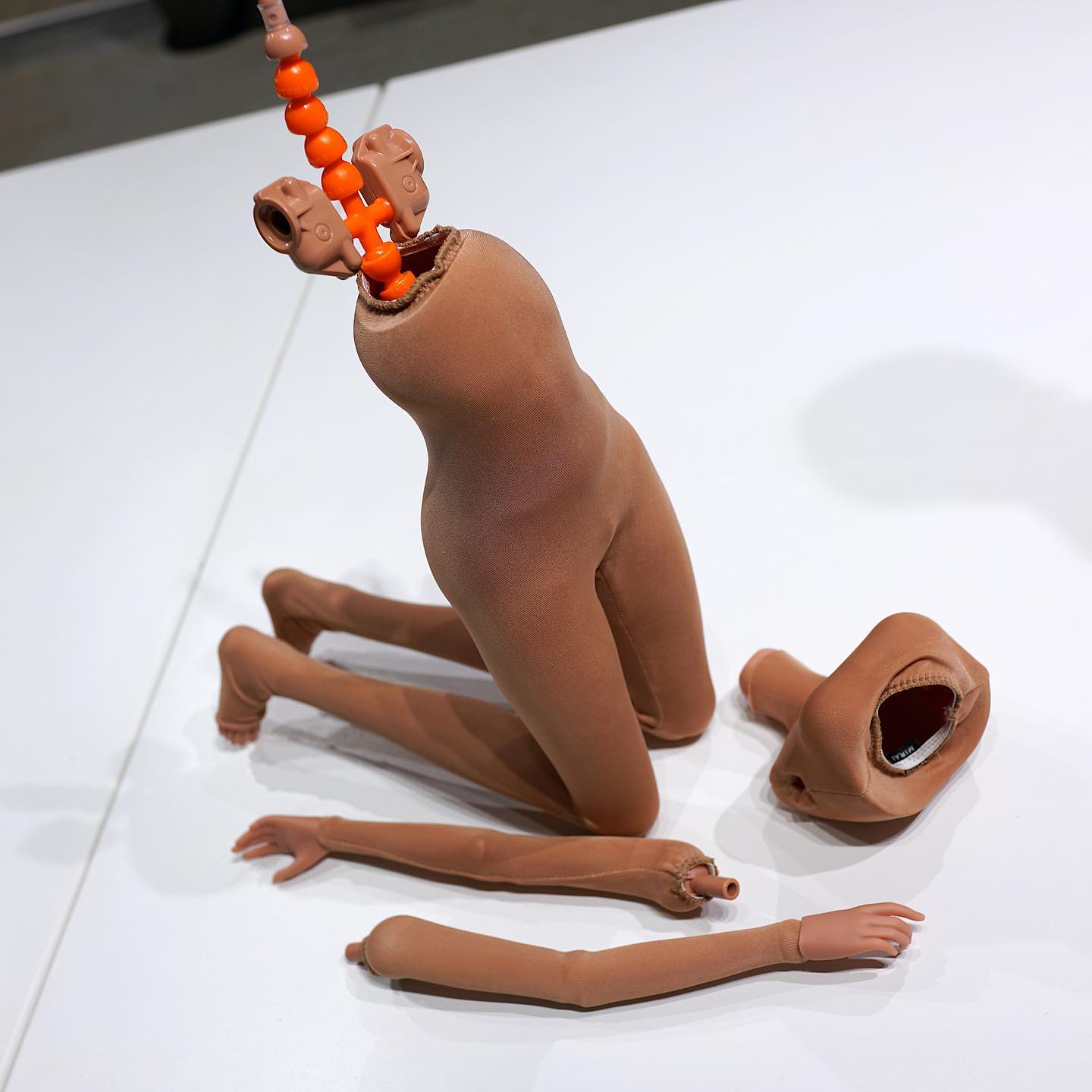 We have been developing this body suit for Smart Doll for the past year and it’s finally at the end of development and in production - slightly delayed but should be out beginning March - made in Kyushu Japan.

You can use the suit for many applications. Use it as a stain prevention measure, hide joints (what you don’t like dem delicious ball joints?), Cortex cover (what you don’t like dem delicious seams?) - and it also helps in reducing chances of scuffing for both vinyl but Cortex in particular. You can also tie it to the end of a pole and wave it around in public to see what happens.

I wanted the body suit to be as discreet and body hugging as possible which meant that we had to make the arms, bust and torso/legs into separate covers and put elastic on the end of each part to pull the cover tight.

As the covers are separate - you have the choice of using just the arms / just the torso / just the bust depending on your apparel setup - do note that we sell this as a set - not in separate pieces.

The suit is designed to cover the S bust - you can use it on the slightly bigger Medium Smooth but kinda defeats the purpose as it will cover up the cleavage.

We work with a manufacturer that dyes human stocking fabrics and made sure that they won’t stain the body of the doll. The suit won’t however prevent discoloration of the body through oxidization, exposure to UV light, humidity, biological chemicals (not a good idea to do heavy breathing near a Smart Doll) and or air pollution.

As the body suit is made from a completely different material to the Smart Doll body - don’t expect an exact color match with an exact matte look and feel.

Cinnamon still in development as well as Cinnamon Cortex - while we can’t get exact color matches we try to get close but that still takes ages as light reflected off the material is dependent on the smoothness of the surface - this makes matching a color with the dye or plastic pellets challenging.
Are these suits cool or creepy?