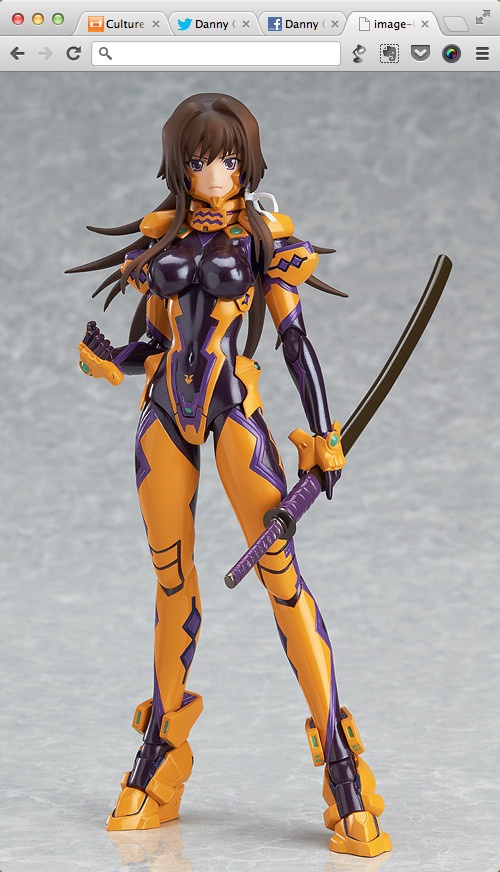 From the anime series Muv-Luv Alternative: Total Eclipse comes a figma of the heroine, Yui Takamura . She comes with three expressions including a confident expression, a shouting expression for action scenes and an embarrassed expression. Her Japanese sword is also included and available in both drawn state and half-drawn state allowing you to display her drawing or sheathing her sword.

Head along to Good Smile Company for more info about figma Yui.

When I first saw these photos I thought she was a scale figure! Looks awesome and cant wait to have her chopping up some of my other figmas in the return of figma theater? 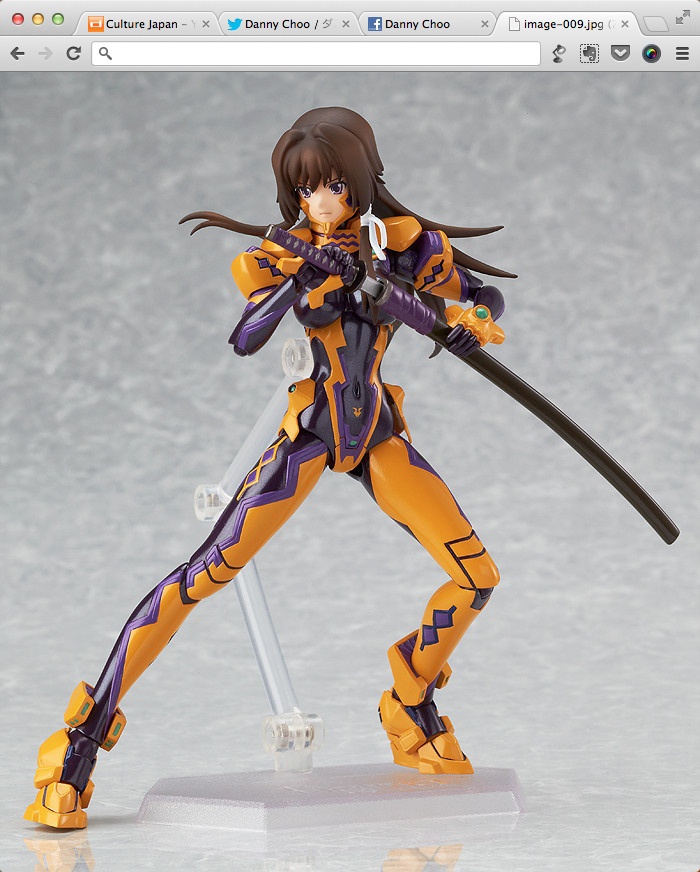 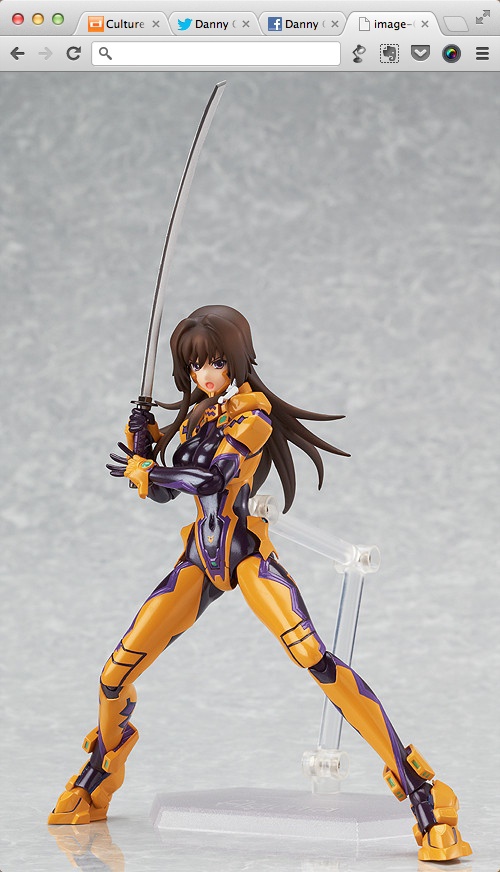 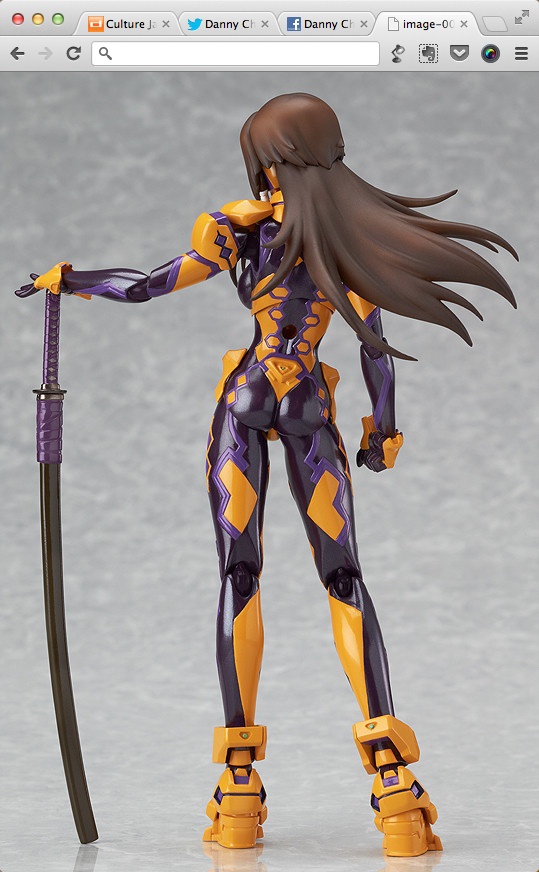 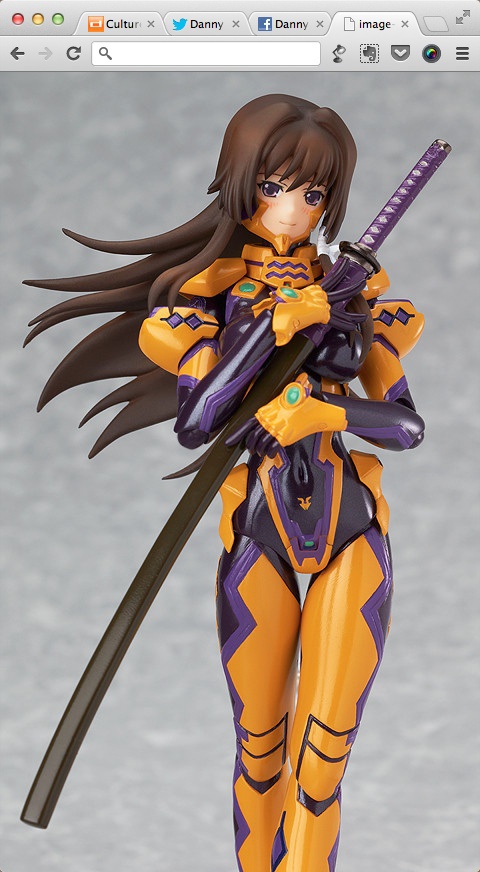 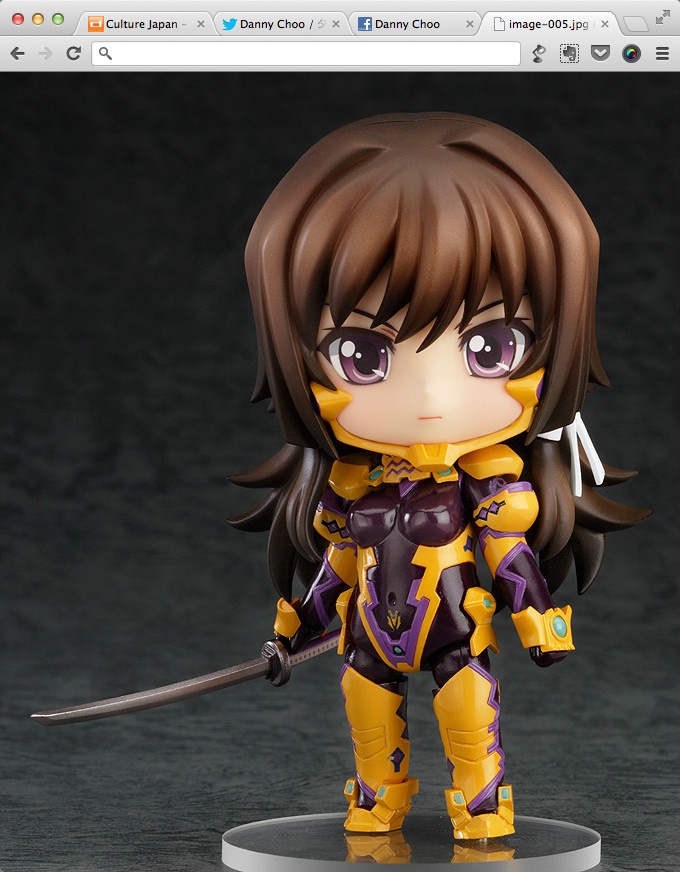 Along with the figma, Yui will be available as a Nendoroid as well. She will have three expressions, including a serious expression, an embarrassed expression, as well as a blood-stained expression.

Her pistol and Japanese sword are also included together with a Nendoroid-sized BETA soldier to re-create her battle scenes. Aside from those extras, she also brings a pot with her special meat and potato stew to re-create the scenes of her everyday life.

Head along to Good Smile Company for more info about Nendoroid Yui. 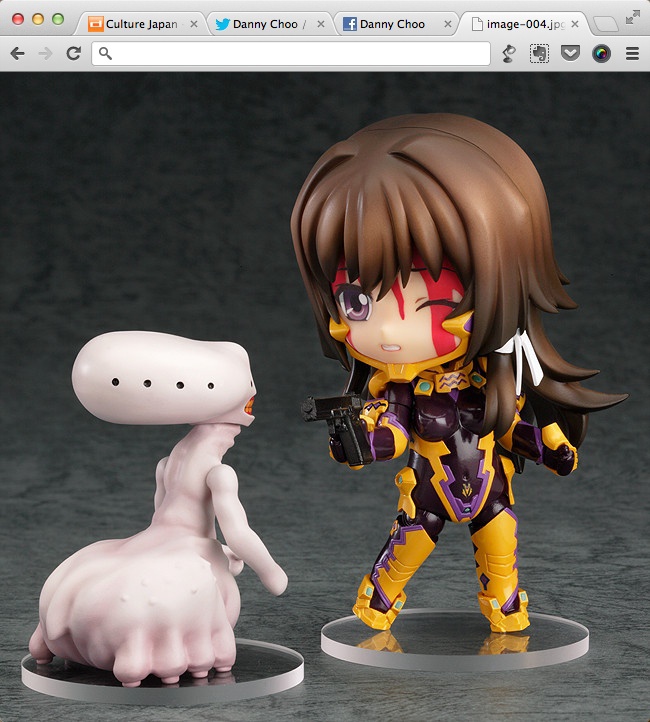 If you are interested in pre-ordering these figures then check out the following trusted online retailers. 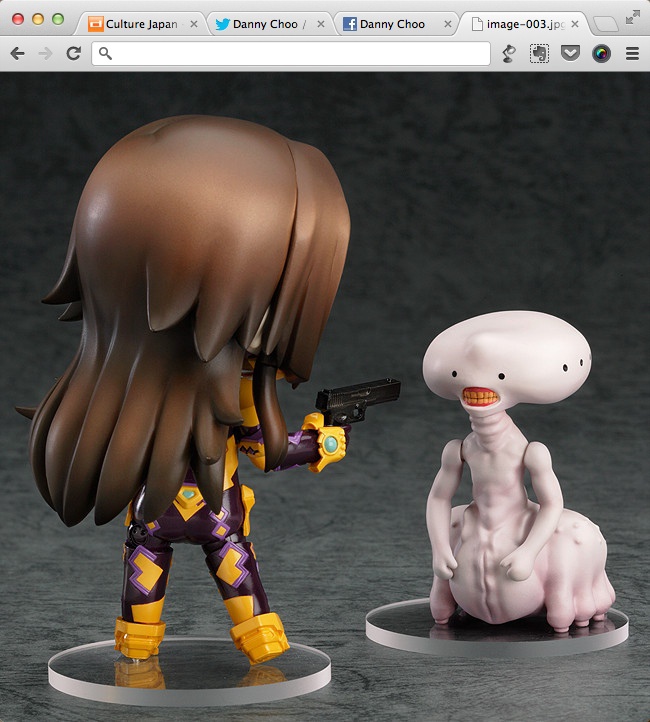 And for those who are not familiar with Yui or Muv-Luv Alternative: Total Eclipse then check her out in action in the video below. If the video has been eaten then check out this search query on YouTube. 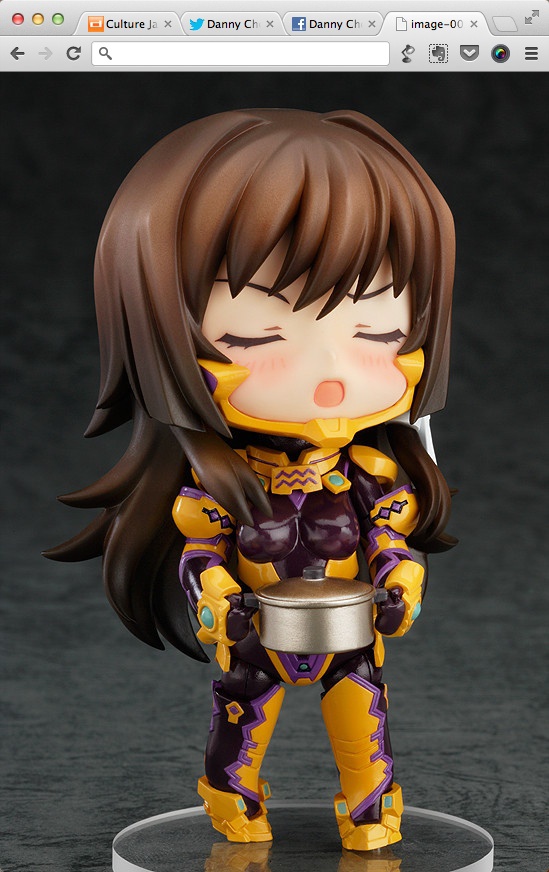 So which do you prefer? The figma or Nendoroid? 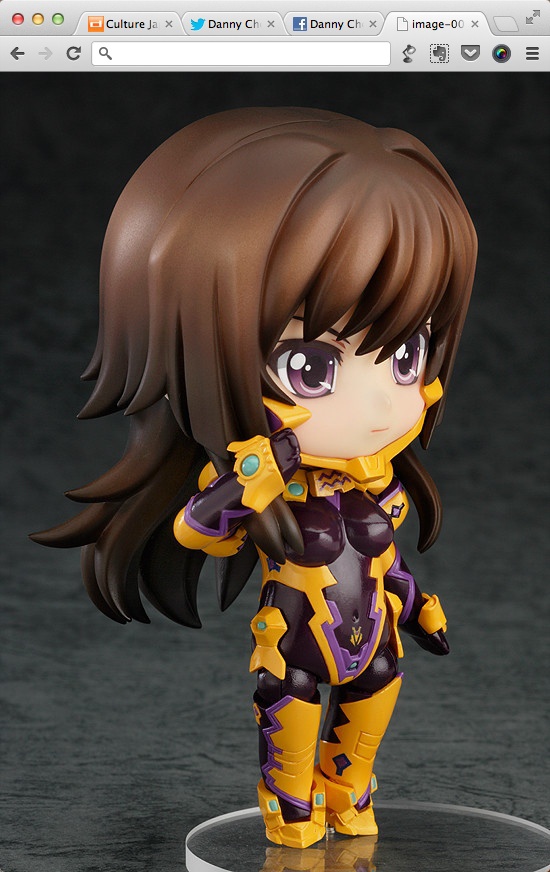 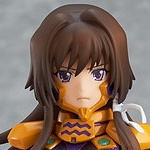