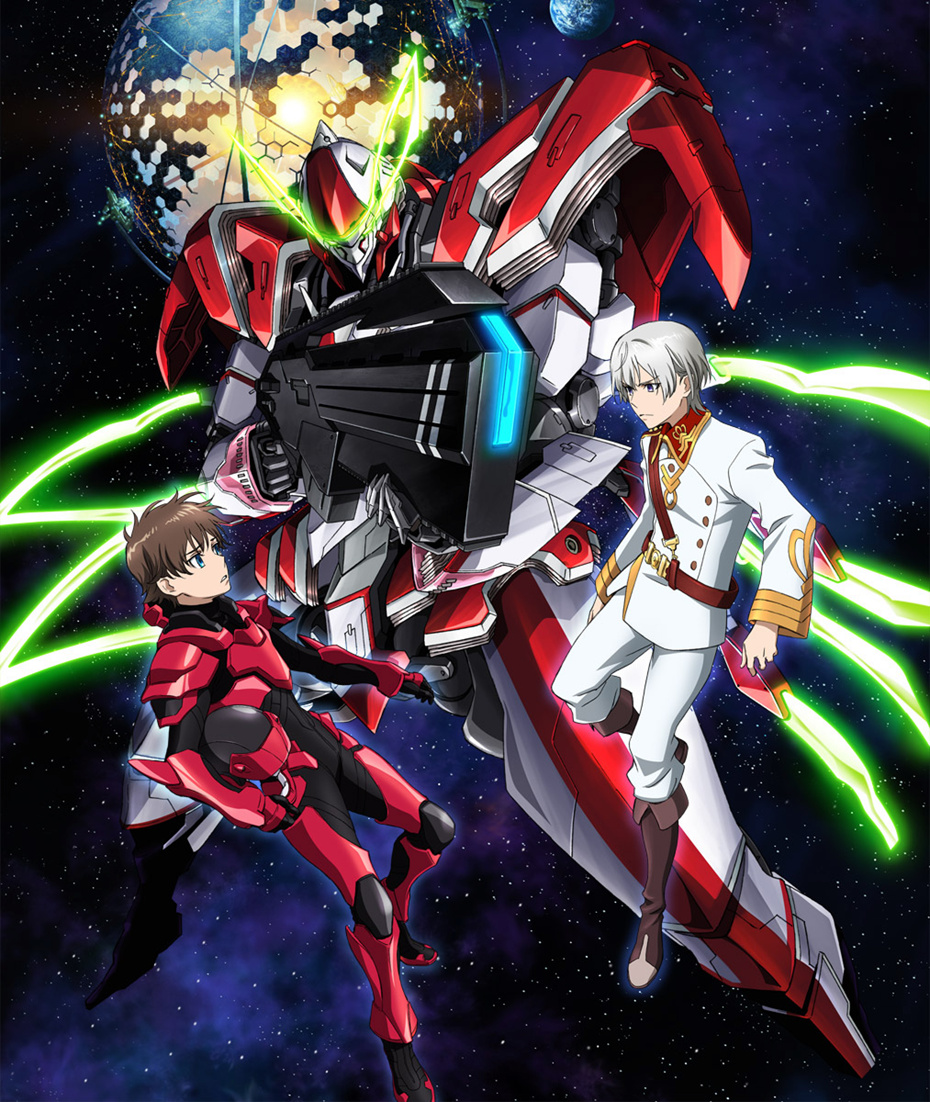 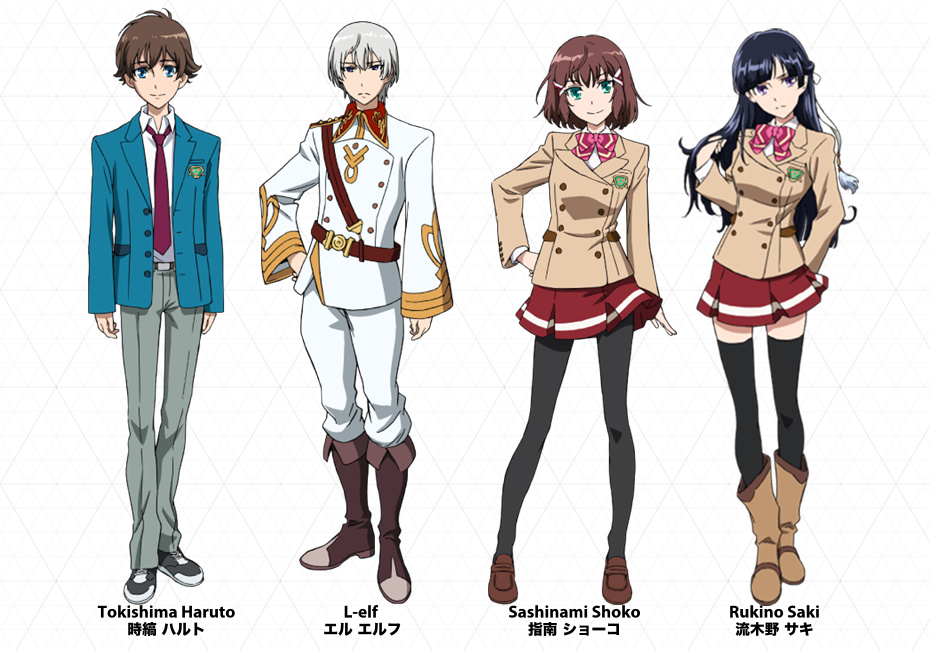 The future has come with the development of space cities known as 'Dyson Spheres', which have allowed over 70% of mankind to live out in space. At the same time, the world has been separated into two major powers known as the Dorushia Military Alliance and the Atlantic Ring United States (ARUS).

In this future there exists a small nation known as Diol, which has remained neutral with both the major powers, allowing it to have a prosperous economy as well as retaining peace. Tokishima Haruto is a high school student who lives in Module 77 of the Diol Sphere where he has a fairly peaceful life - but that changes very quickly when the Dorushia army suddenly invades his home!

However, Haruto then encounters the mysterious humanoid-shaped weapon known as 'Valvrave'...

You can have a look at more characters and find more info over at the official character page.

If any of the PVs were eaten by YouTube, try this search query to find a replacement. 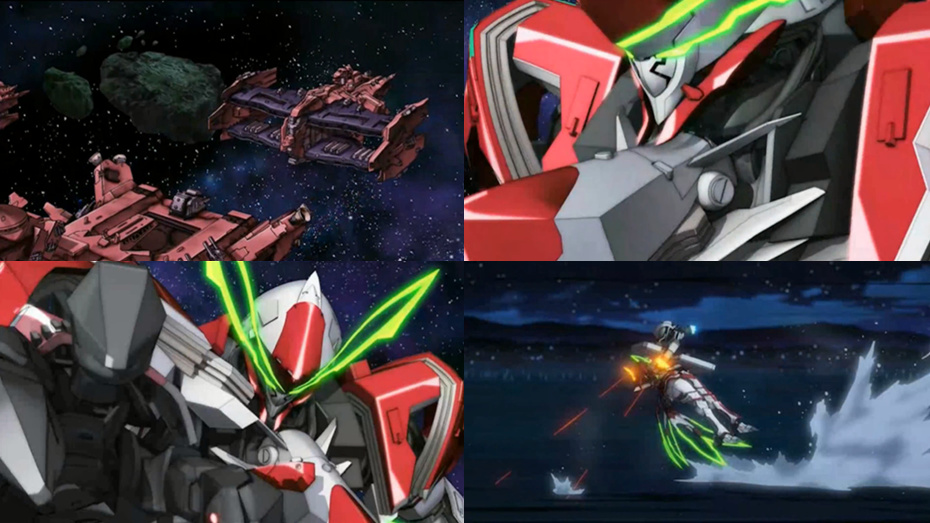 These screenshots all come from the PVs and commercials seen above. 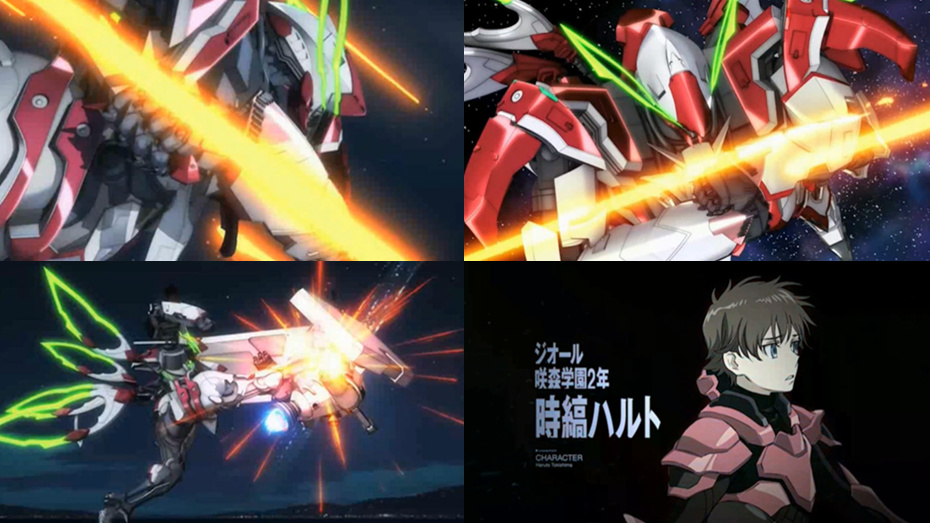 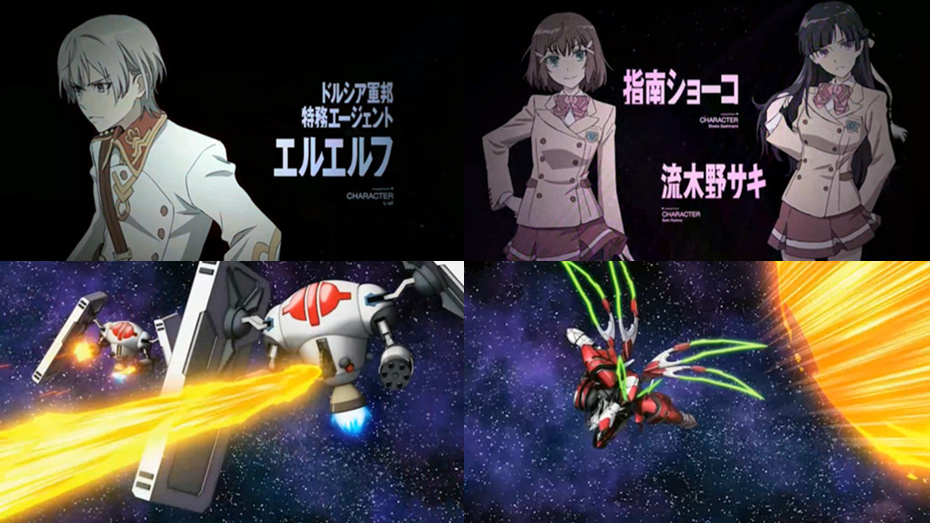 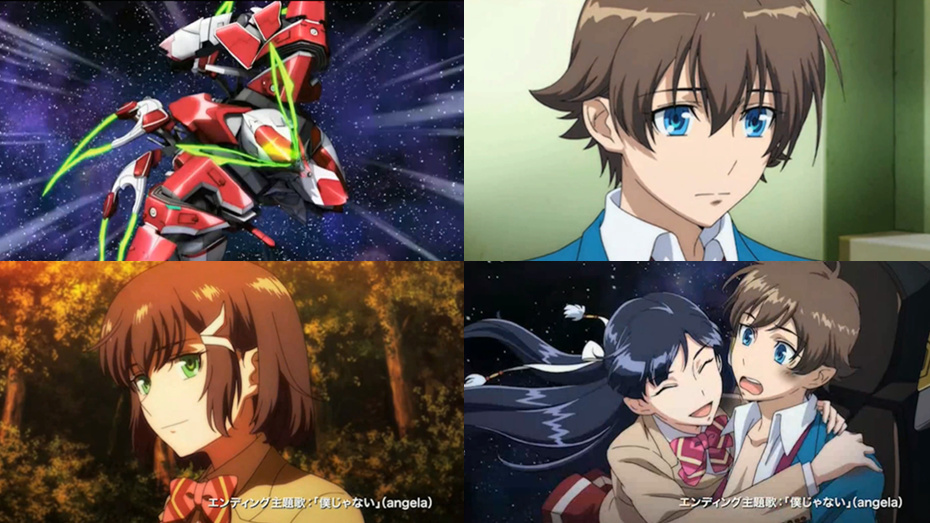 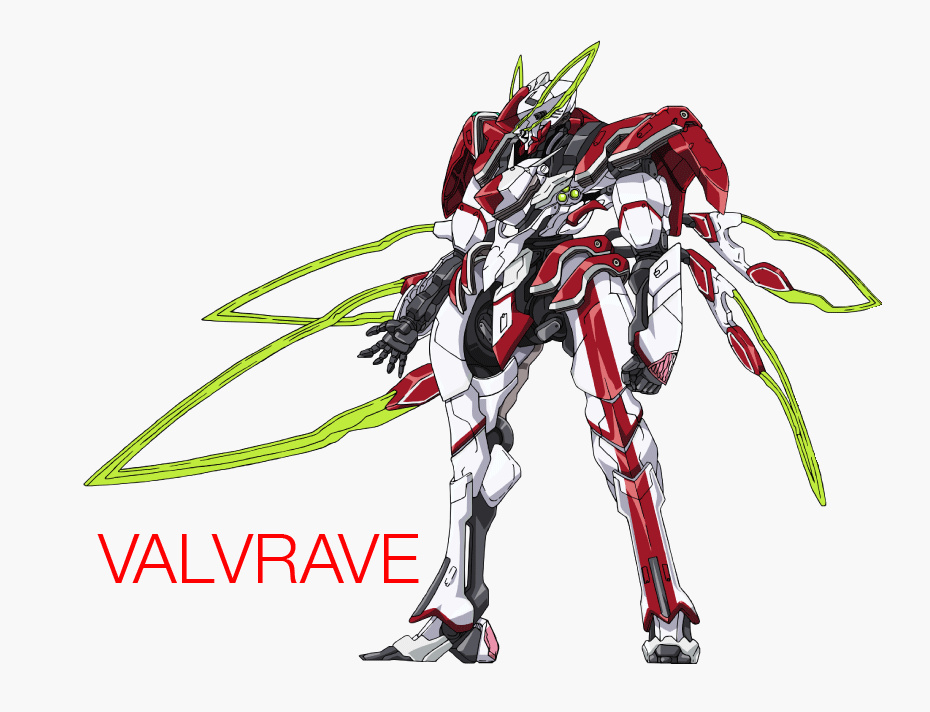 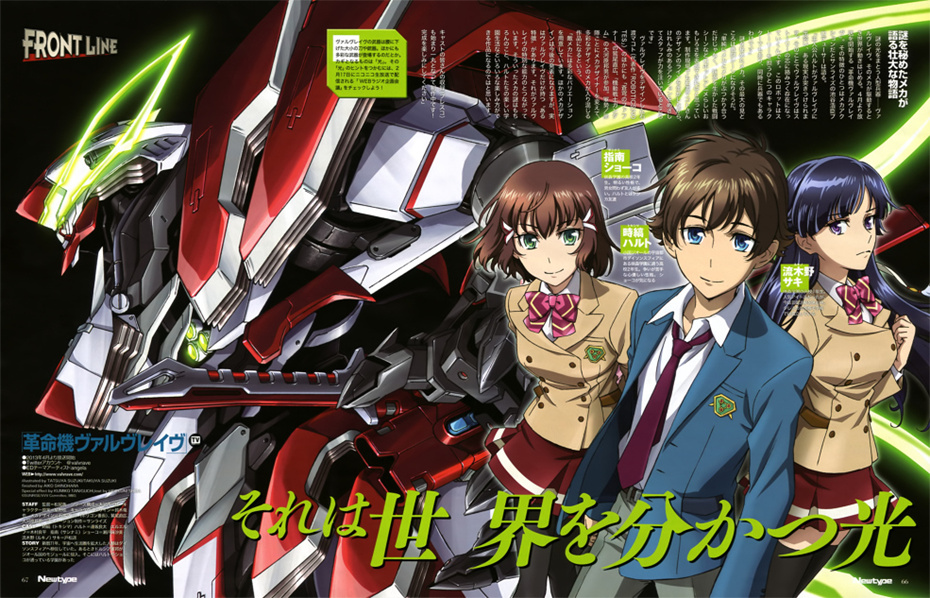 Here are some of the official magazine scans which you can find on Google-sensei. 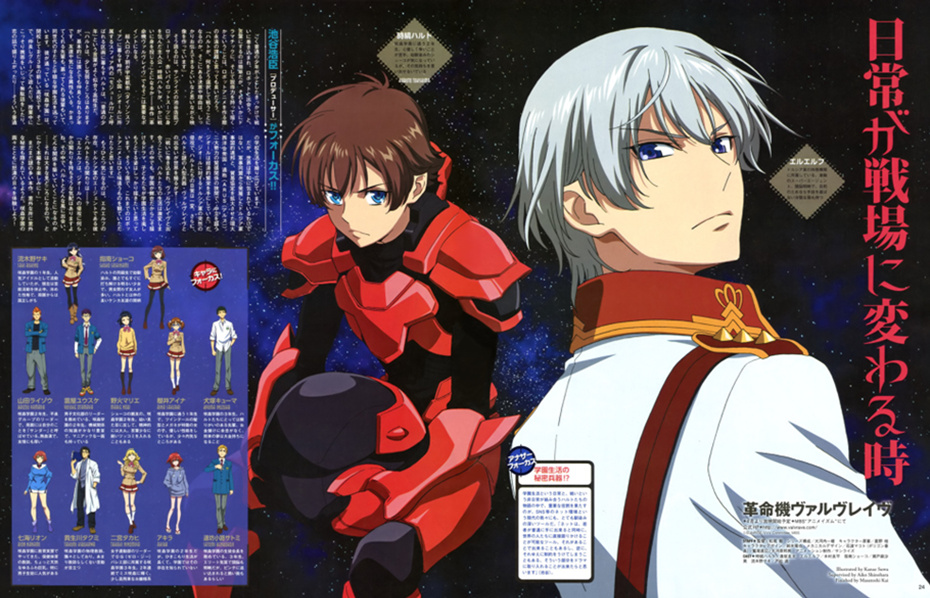 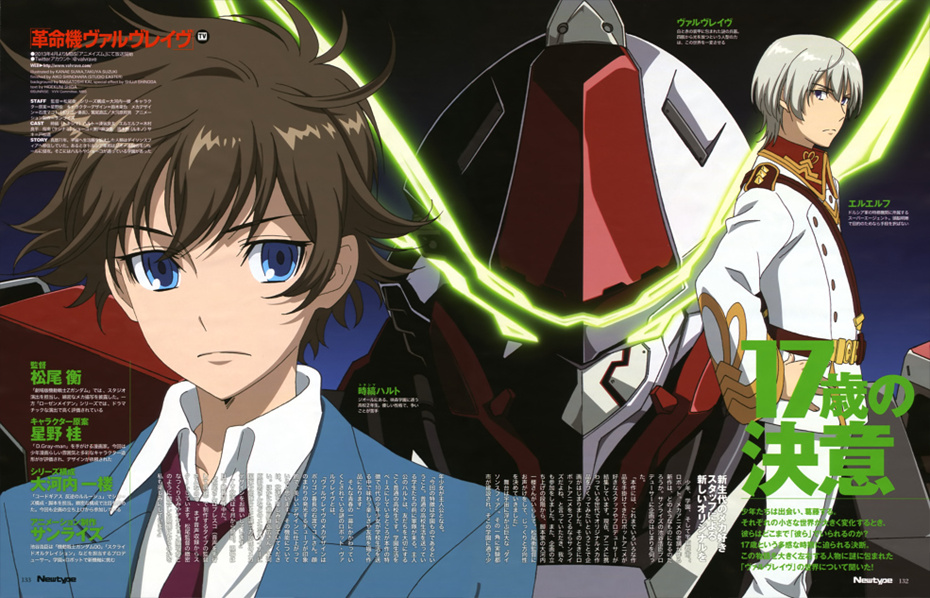 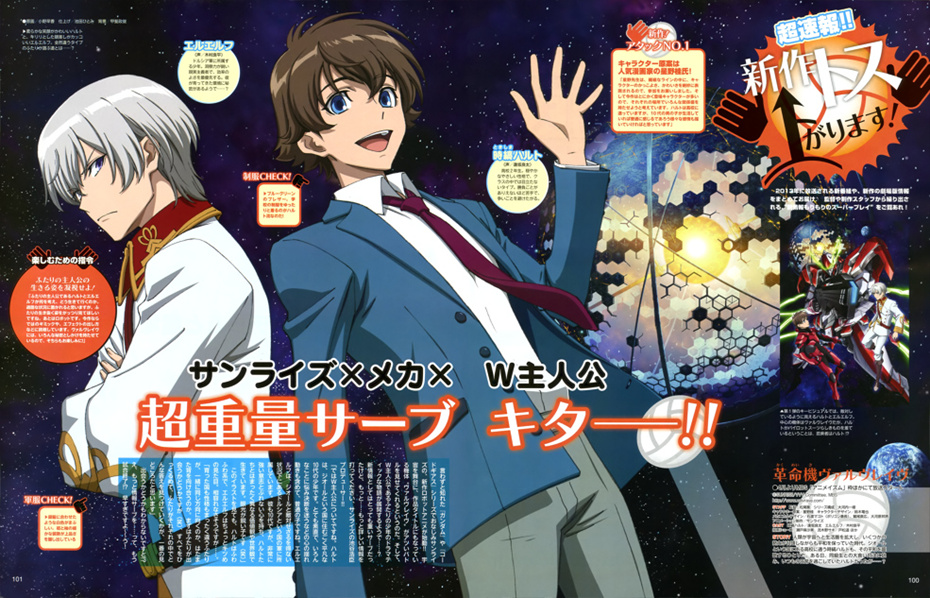 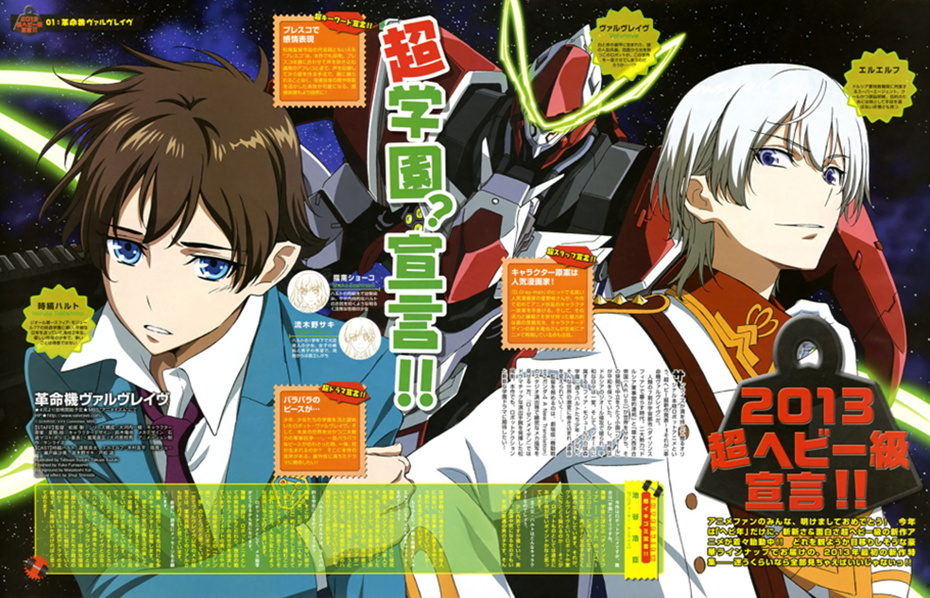 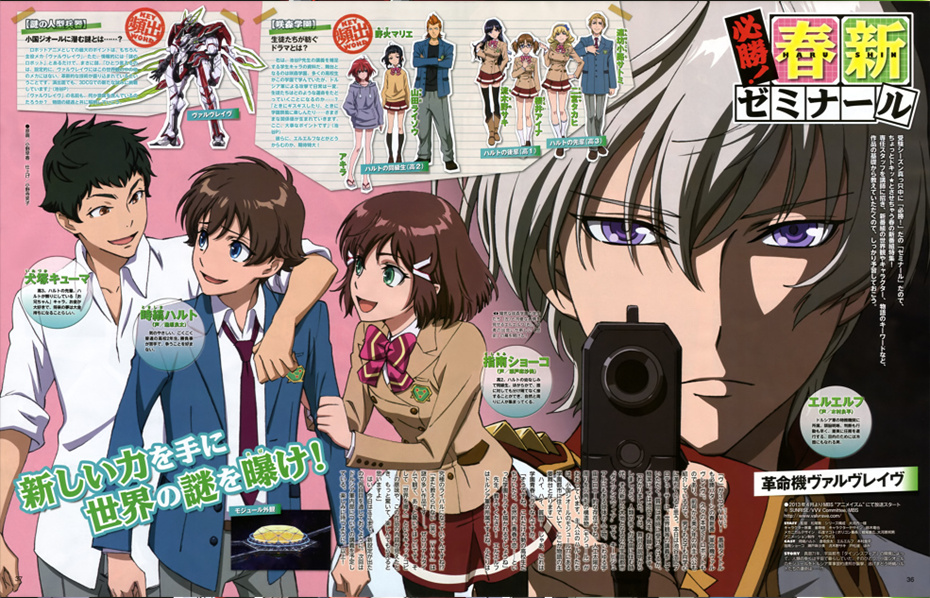 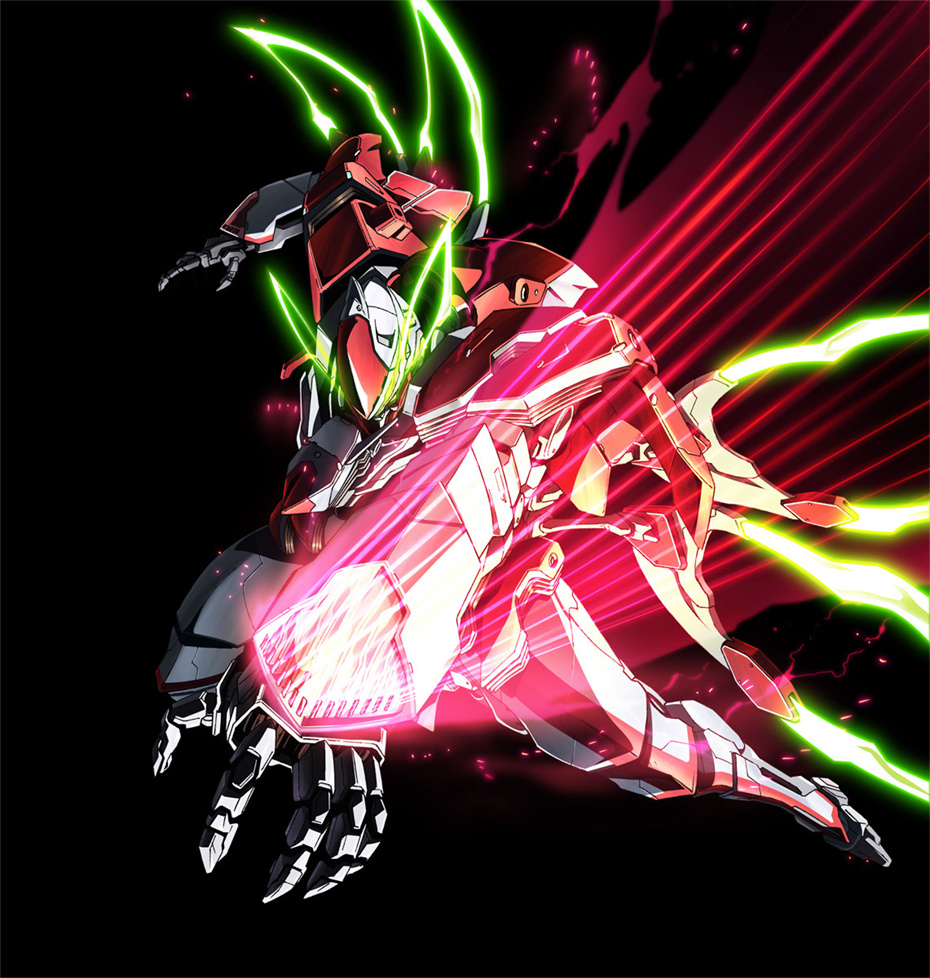