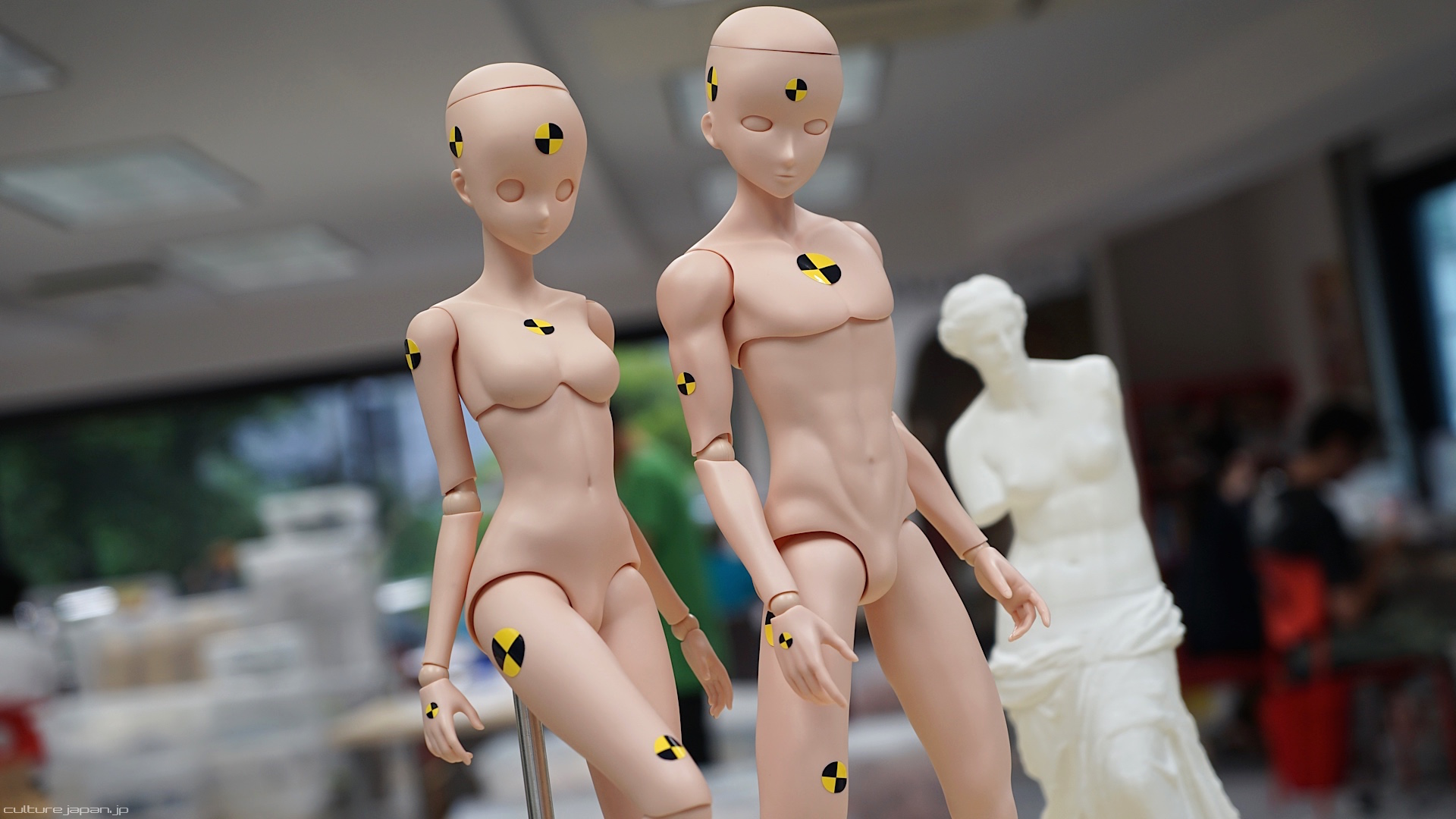 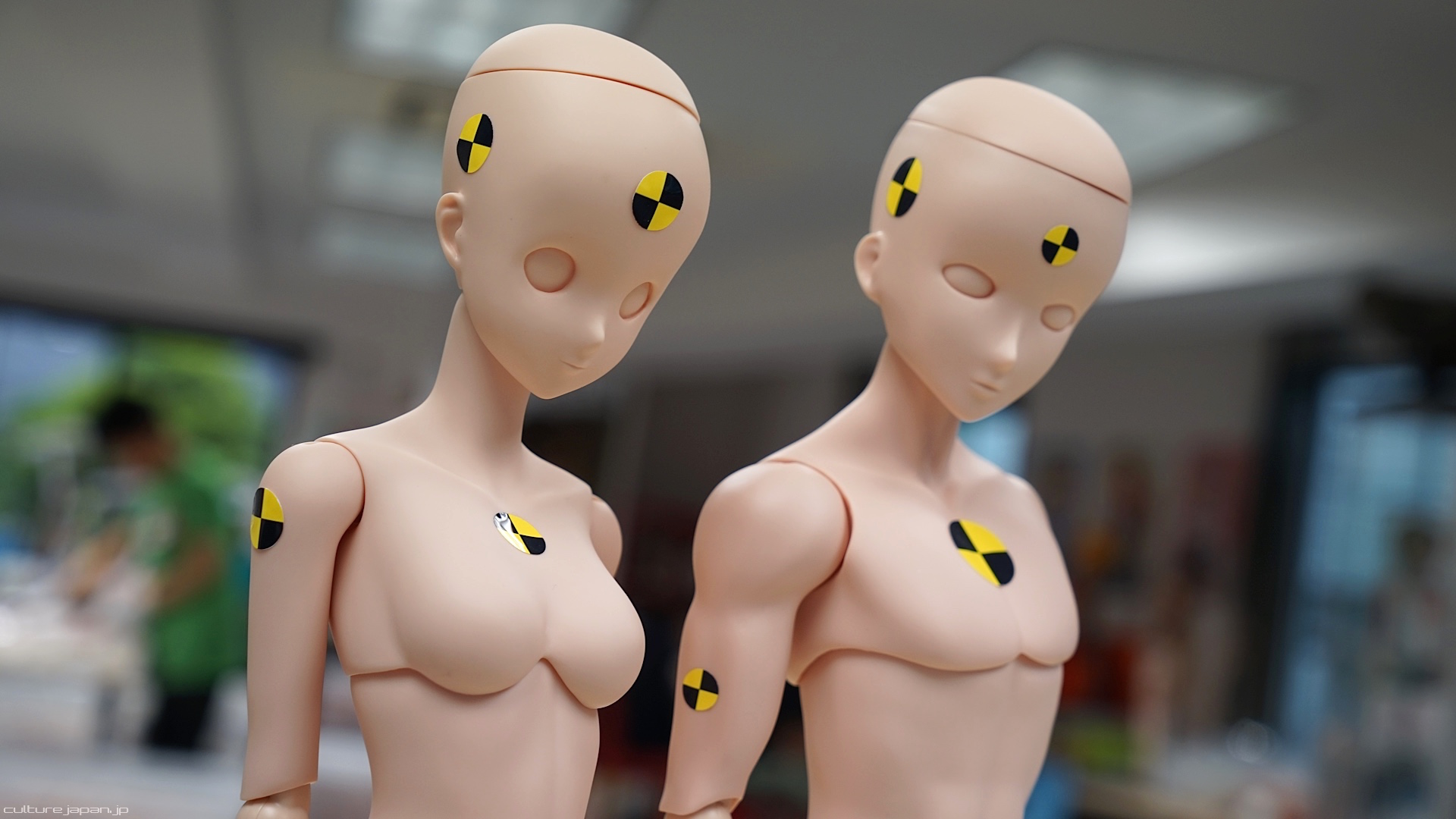 The Female Smart Doll body is due for release late July at the Culture Japan Store. 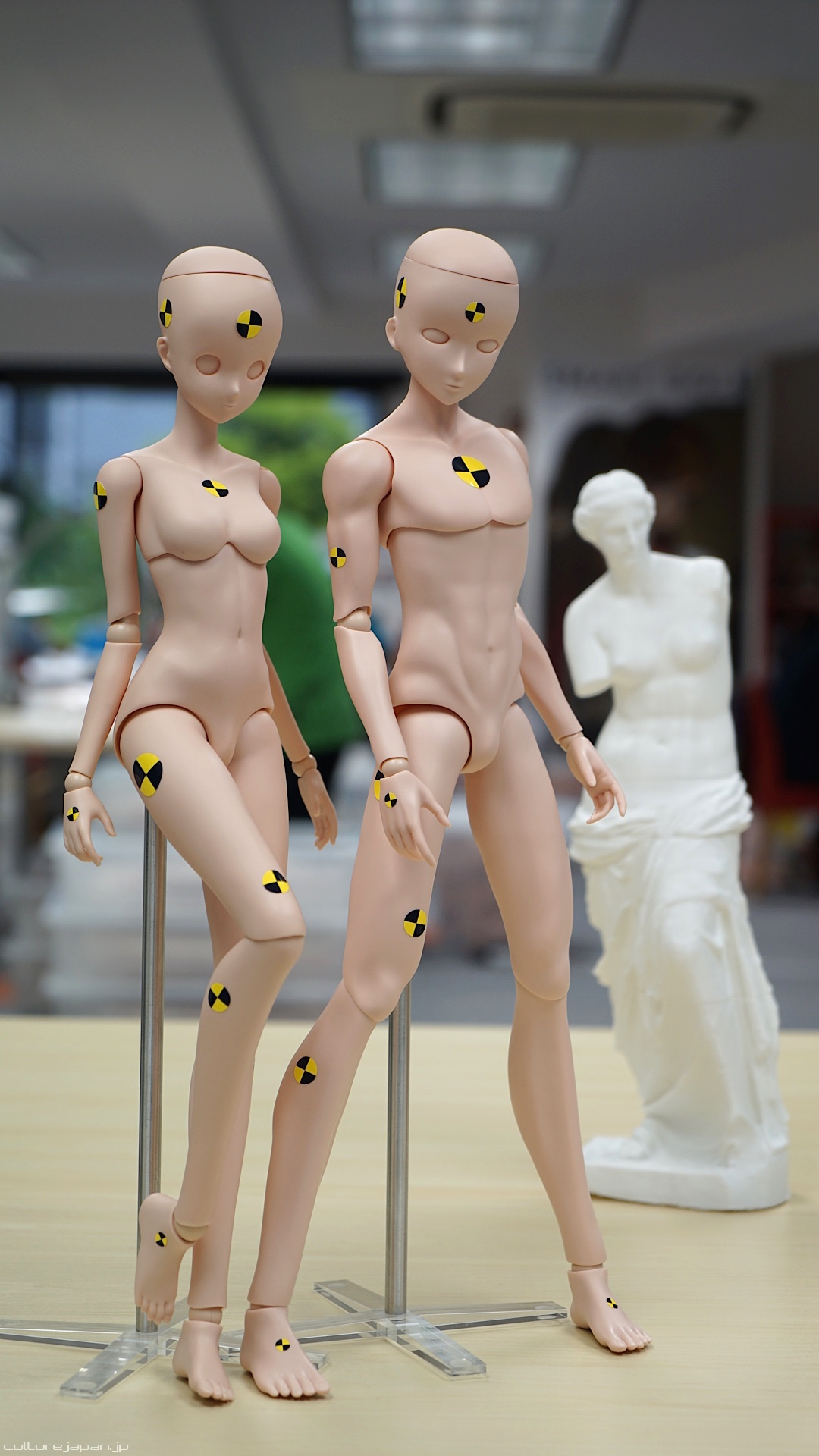 Eiji will have a bust with headlights but sold separately just like Mirai. Its difficult to go after the mass market with headlights flashing in one's eyes ^^
I'm redoing Eiji's thighs right now to give them more meat. 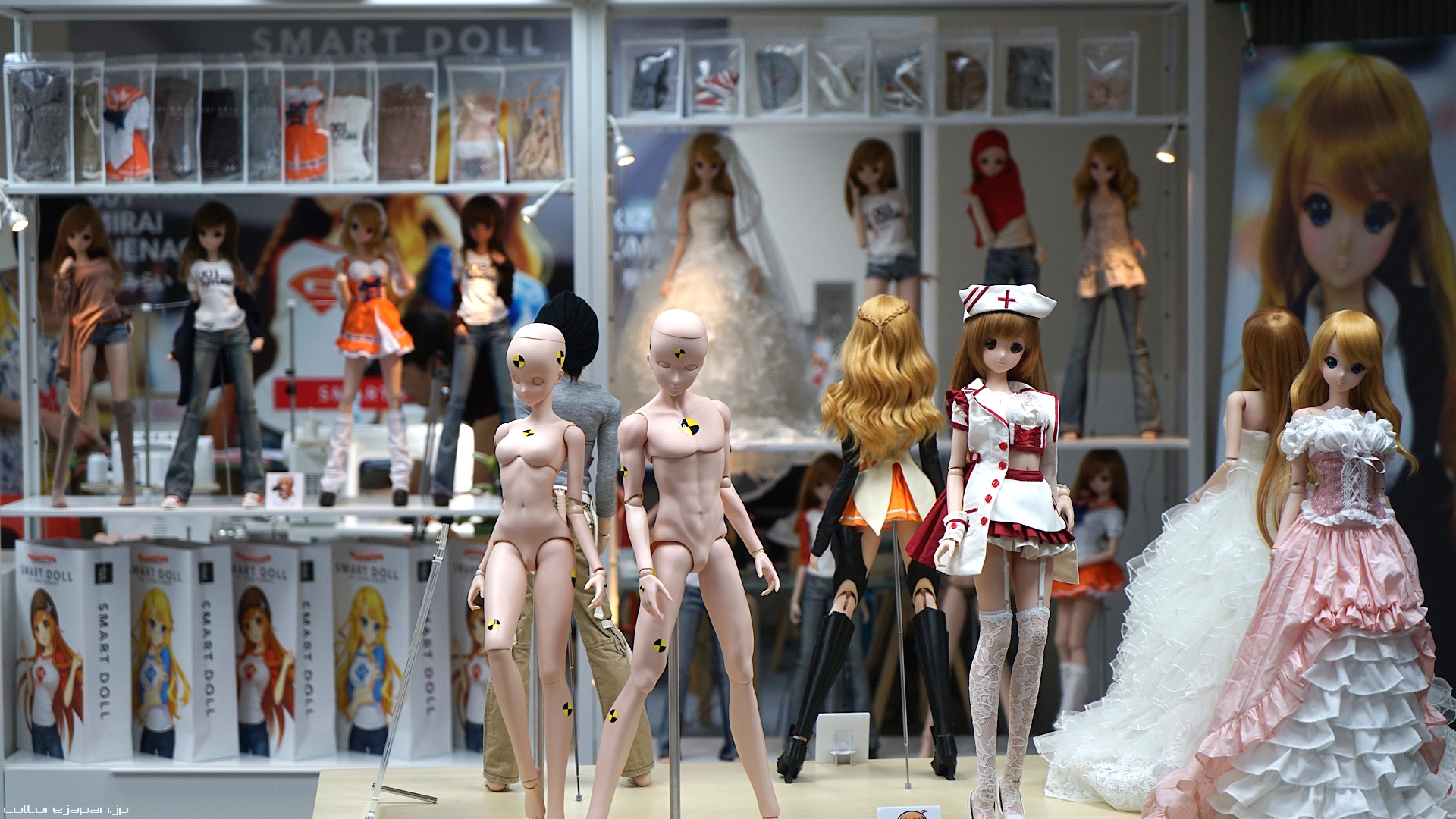 And here are the Crash Test Dummies in our new shop which I have been setting up - official open will be after I get back from AX in mid July. I've been enduring the pain in my leg so that I can be mobile and generate a more healthy flow of blood through my spine ToT