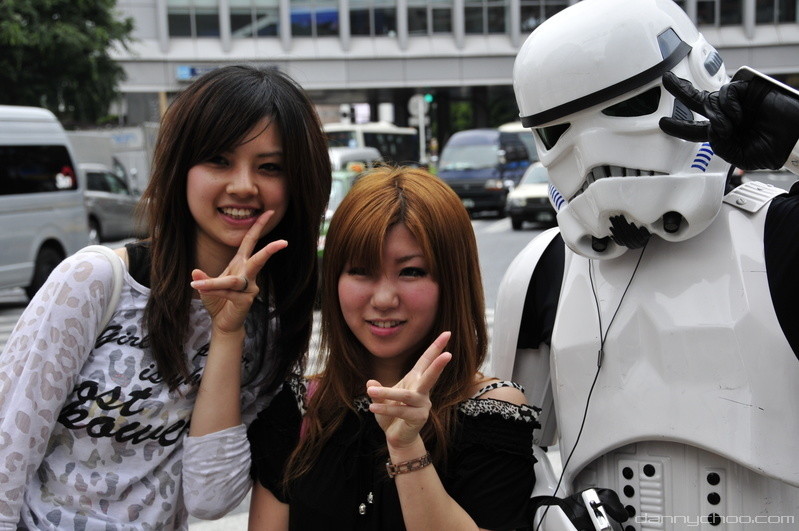 Update - you can see me on BBC World here.

CNN done, BBC done - Time Magazine next. Was filming for BBC world in Shibuya today - will go live worldwide in about a months time. They will send me a DVD version to upload to YouTube when its ready.
The tall girl in the first photo was just gorgeous. As for the photo below, did you notice the schoolgirl or trooper first? From the thumbnail on my desktop I noticed the schoolgirl first ^^;

And we made the next trooper video. The start of the Salary Man Trooper series.
After the Death Star blew up, Stormtroopers were scattered all over the universe. The one sole trooper who landed in Tokyo had to look for a part time job and found one sweeping floors outside shops. As part of his job description, he also had to greet customers and they entered or left the establishments....

Thanks to Ken and Jonny Li for filming. Also check out Shibuya246 for some more photos. Ken should have some up later today too. Also bumped into many DC readers too which was great.