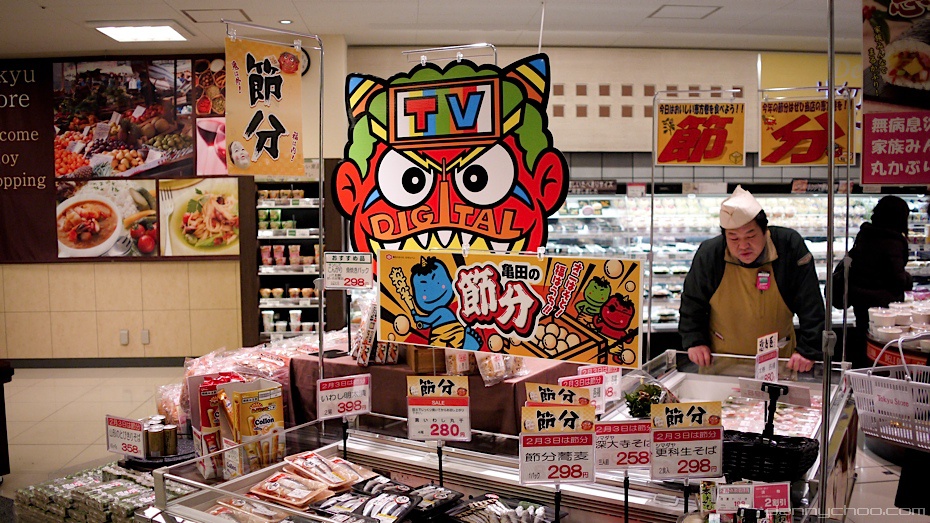 I was supposed to post this yesterday but didn't get the chance. Many folks across Japan were celebrating something called Setsubun which is pronounced "setsu-boon."
The reason why I completely forgot about it is because Setsubun is not a national holiday.

The kanji for Setsubun is "節" and "分" - coupled together they mean "Seasonal division" and originally refered to the eve of each season. These days however, Setsubun is usually used to refer to the beginning of Spring and commonly celebrated on the 3rd of February.

The first photo is taken at our local Tokyu supermarket. You can see some devil illustrations around the Setsubun corner where they stock food stuffs eaten on this day. You can see a blue devil holding a bat to hit roasted beans being thrown at it.
It is said that as seasons change, evil spirits come out to play - beans are thrown outside ones house to ward off the evil spirits. During Setsubun, somebody will wear the mask of a demon while other family members throw beans at him/her and shout "Oni wa soto! Fuku wa uchi!" meaning "demons out! luck comes in!"

It is also customary to eat some of the beans thrown outside to bring in the luck. This is why many of the products in the Setsubun corner are made of beans. Today's Sukiya had a special beef bowl served with beans in it. However, one should only eat as many beans as their age +1. If you are aged 21 this year (like me) then you would eat 22 roasted beans which would endow you with good fortune.

In the video below, you can see some demons making little kids cry - kids retaliate by throwing beans at em. 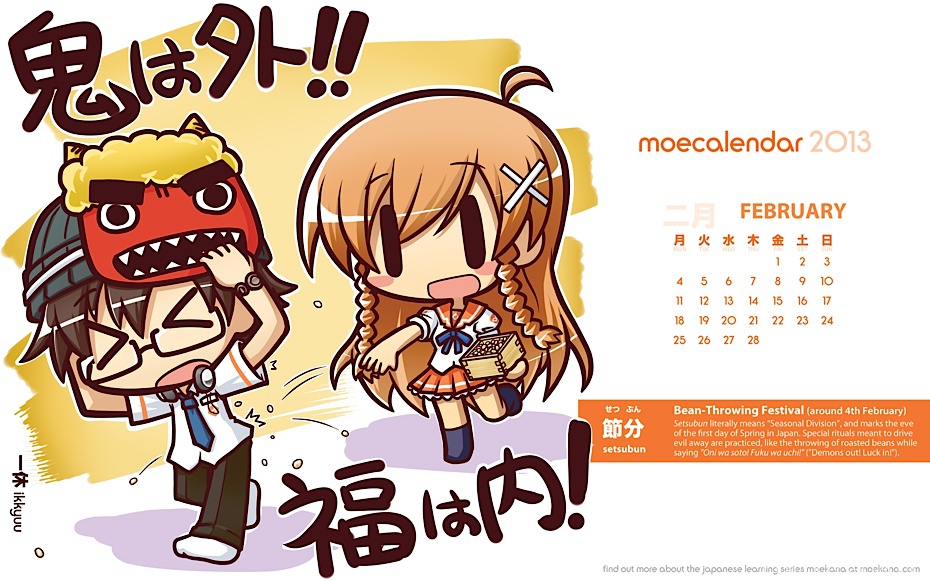 Continuing from January - today I share the February of the Moe Calendar a few days late ><
The large wallpaper sized version lives here which should also be good enough to print.
Eiji gets to play the demon while mirai-chan gets to throw beans at him ^^; 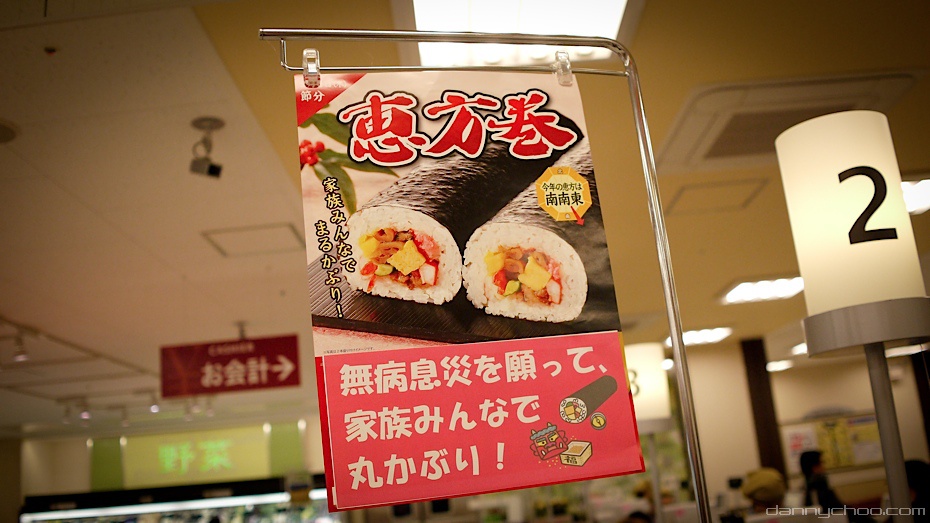 During Setsubun, the main food stuff is Ehomaki - the sushi roll that you see pictured above. It is eaten as a good omen - this one above would ward off calamity and keep all family members in good health. 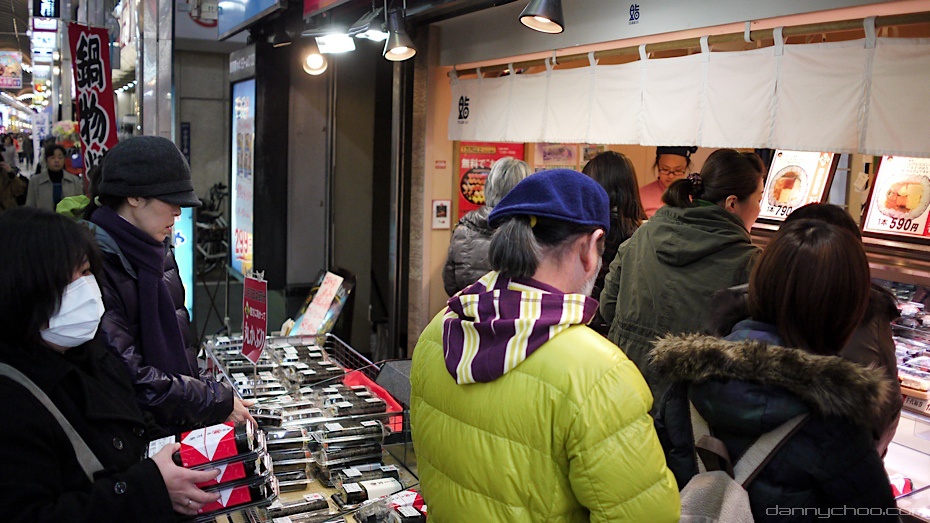 At our local shopping arcade, there are huge queues of folks picking up a load of Ehomaki. 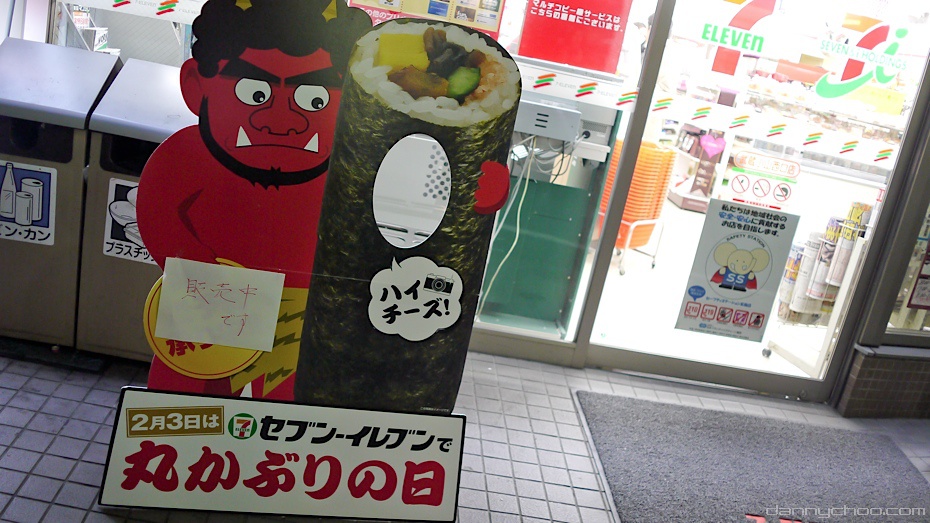 Marukaburi is another word for Ehomaki - folks for who for whatever reason can become one just by sticking their head through the hole. 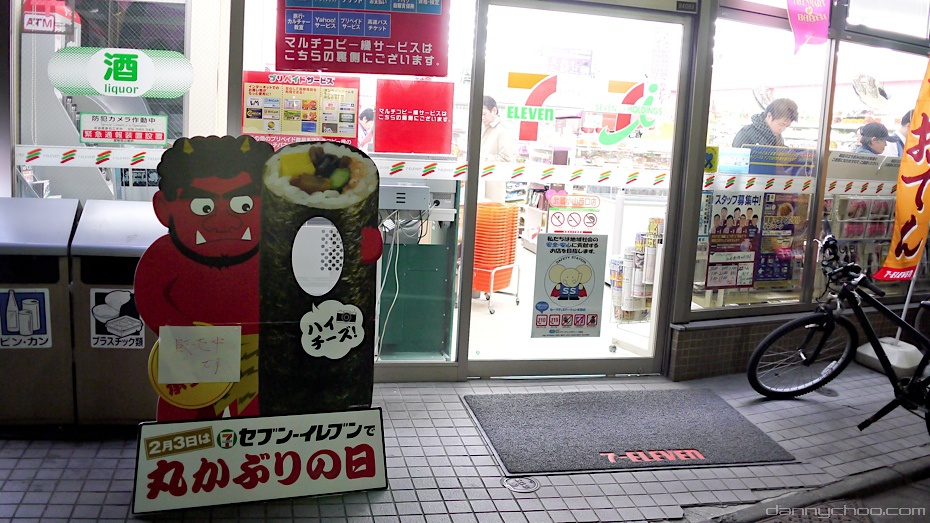 How much of the Japanese can you read in this photo?

And here is the typical devil. Folks who want to be pelted with beans should simply print these and cut em out - images from Enjoy Tokyo. 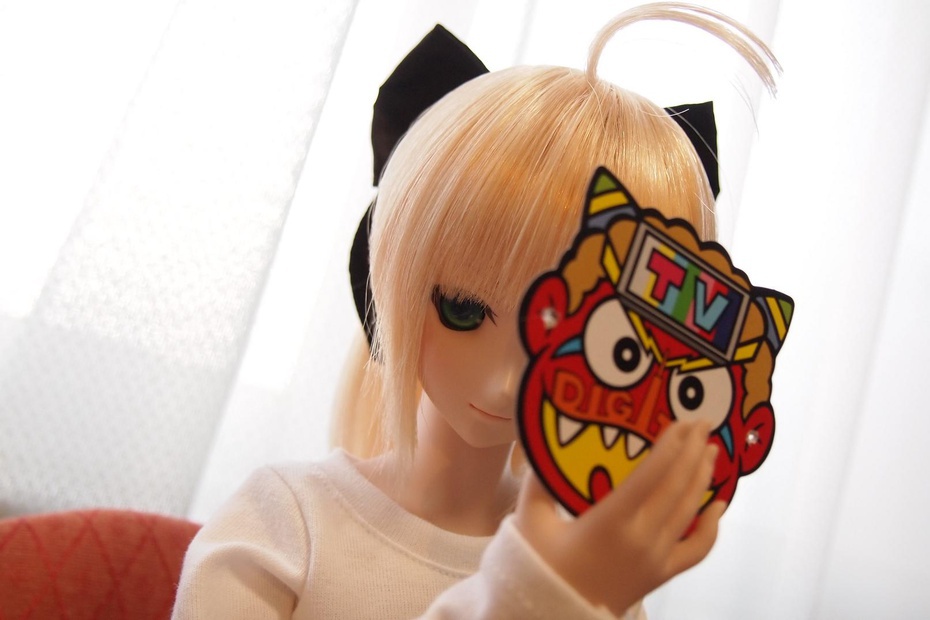 And yes - dolls celebrate Setsubun too - photo posted by Yamada over at Tsubuyaku.fm.