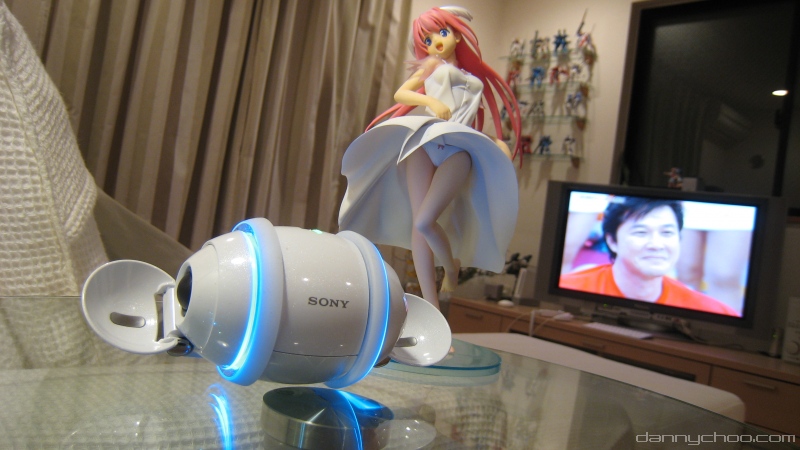 Receive a few gadgets from time to time which I fling in the cupboard to gather dust but sometimes there are a few which are worth reviewing.
The Sony dancing robot Rolly was something that I thought I was going use as a door stopper but to my surprise I find it has become one of the most used gadgets I own. 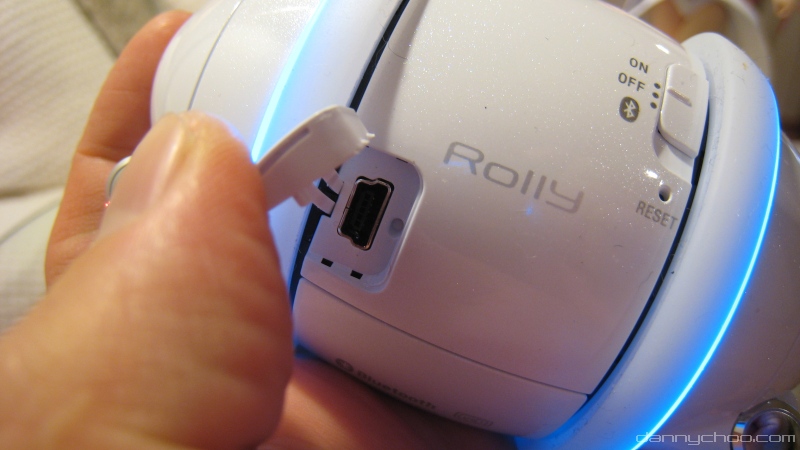 The Rolly resembles a squashed Haro from Gundam. Has two wings which open and close, rotate and flap about.
Instead of flying about, its got two rubber wheels which wrap around its body.

Music is transfered to the Rolly via USB. The downer is that the software needed (Sonic Stage) is Windows only so a Mac owner has to use a windows machine or run an emulator. 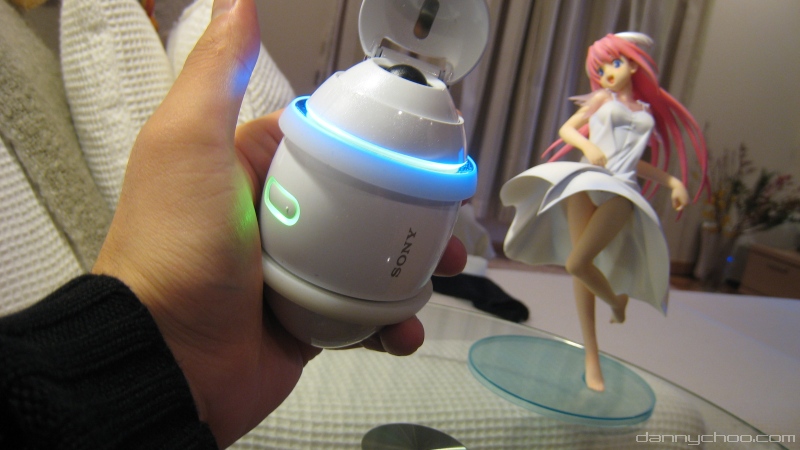 Some videos of the Rolly in action taken from YouTube. Dancing to Polyrhythm below - the tune will stick in your head - sung by Perfume. Harrasing a cat below. 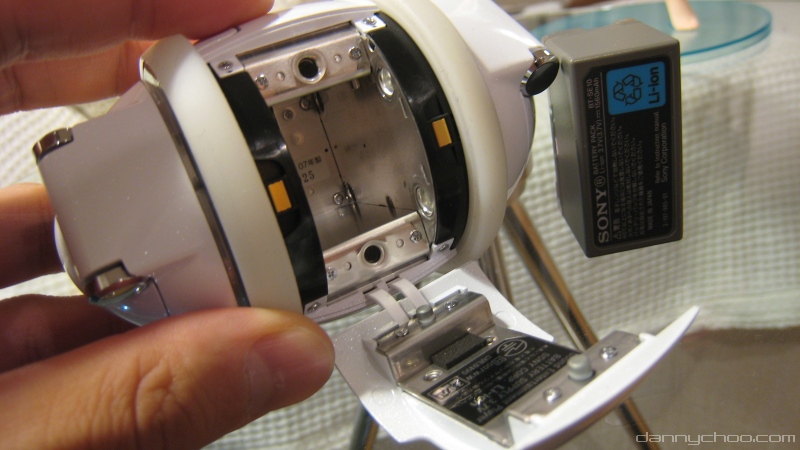 The battery compartment holds quite a big battery. Lasts about 5 hours. 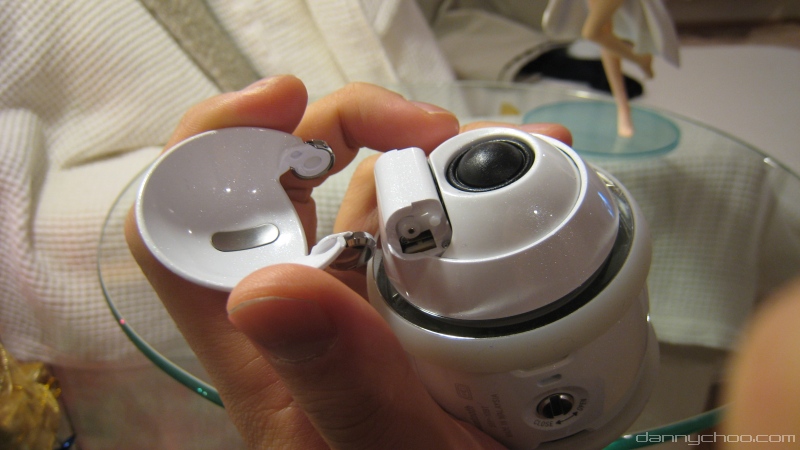 Wings can be easily re attached in the event that your dog tries to swallow it. 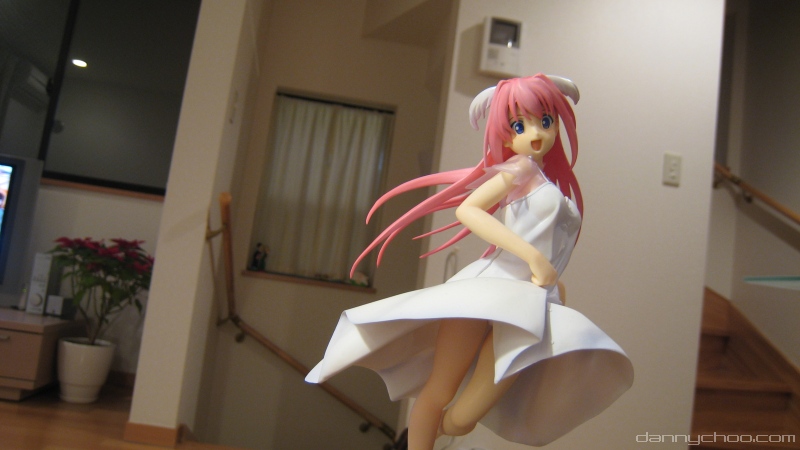 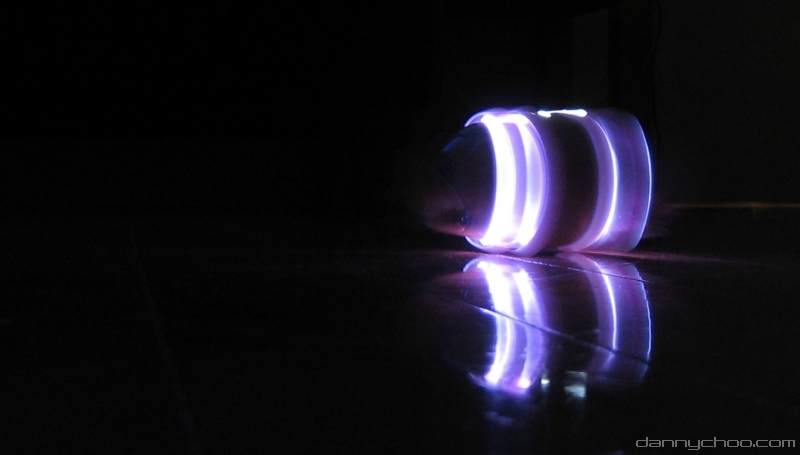 The Rolly comes with software that you can use to program moves for any music of your choice.
For music that the Rolly doesn't recognize, it does its best to dance with the beats. 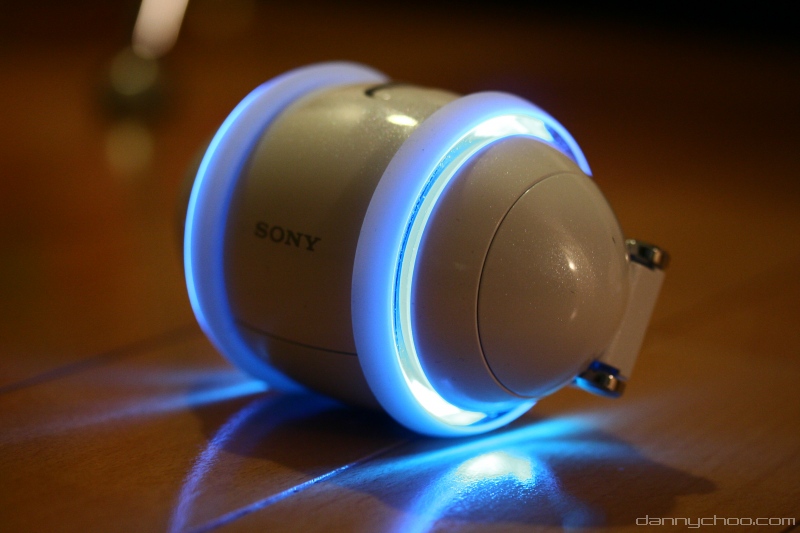 Dance mode is only activated after pressing the button on the top of the unit twice. All other times it would just open its wings and play music. 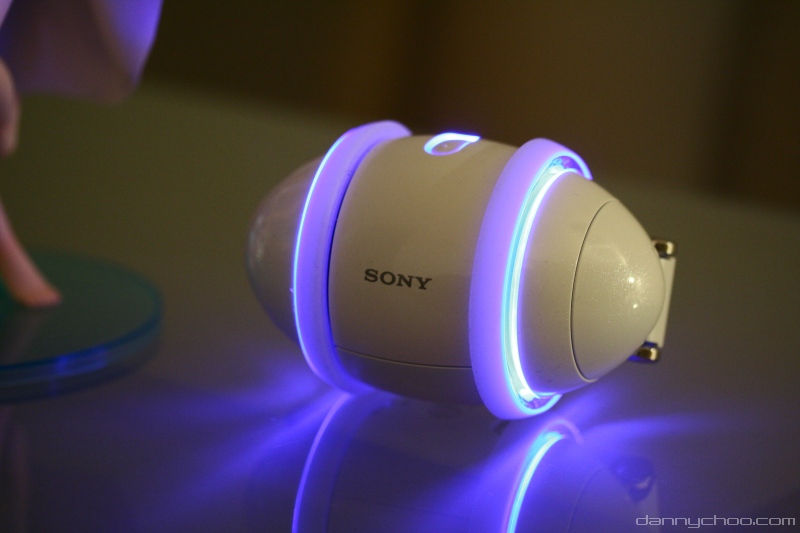 The volume is adjusted by twisting the unit anti/clockwise. The Rolly will then return to the position that it was on its own after volume adjustment.
Tracks are changed by moving the unit back n forth. 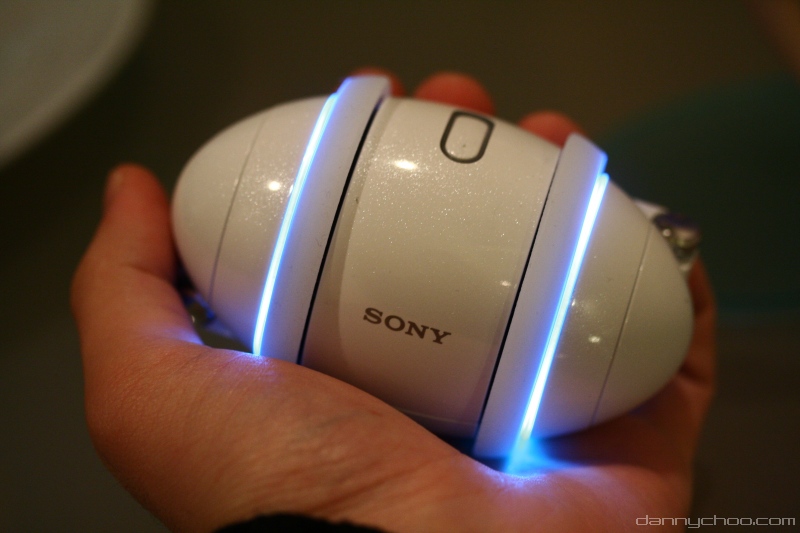 Pressing the button on the Rolly and then shaking it a few times makes it emit a cute jingle which then turns it into music shuffle mode. 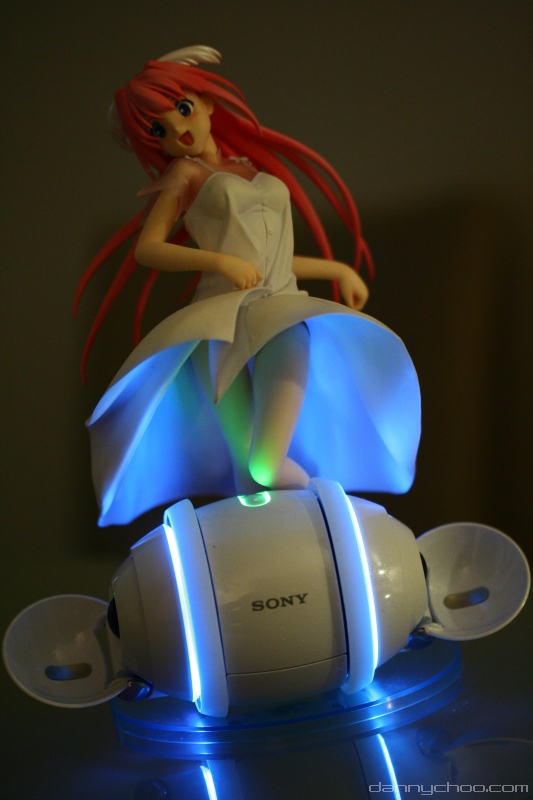 Music is stored on the Rolly in groups. Turning the track select wheel fast changes groups while turning it slowly goes through the tracks. 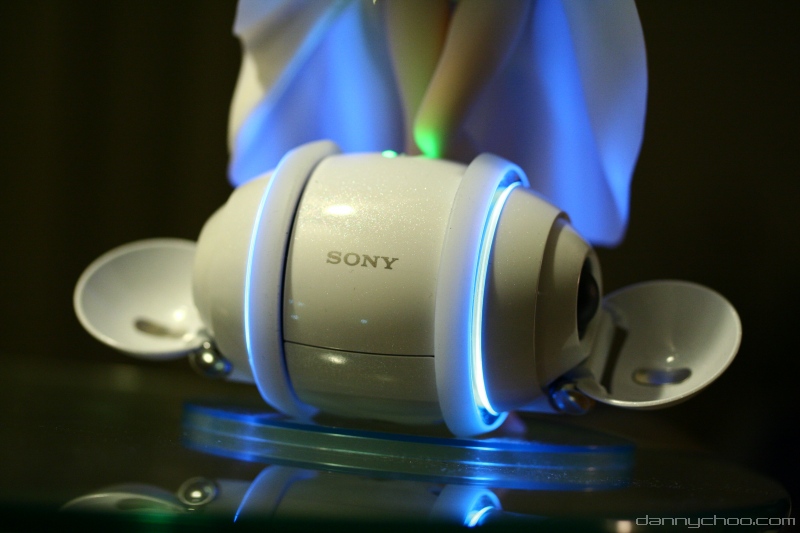 Neon blur is the default color which pulsates like its breathing. 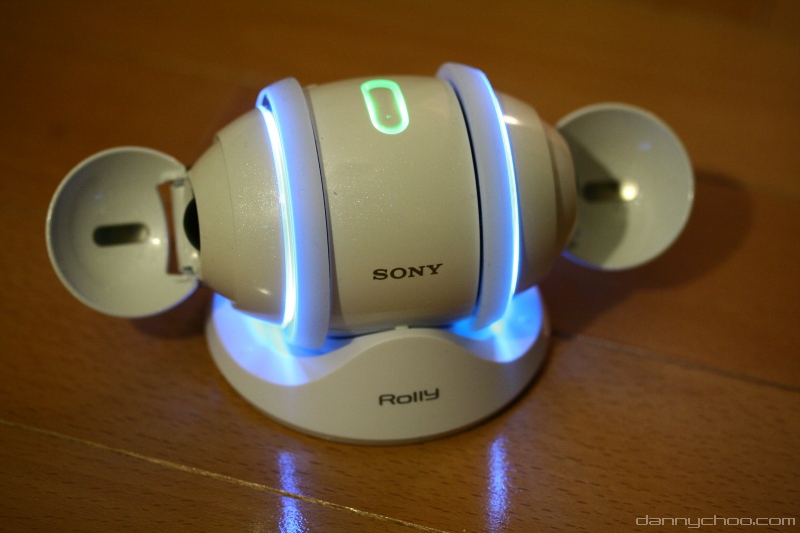 The Rolly comes with a plastic base which is quite useless. I'm going to buy the rechargeable version. For now the unit can be charged via USB but it cant be used while its charging - clever. 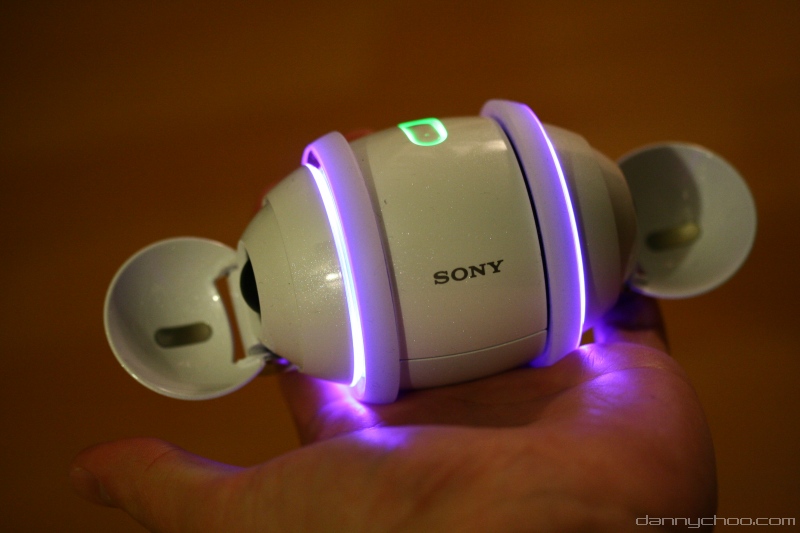 The Rolly has Bluetooth built in so that you can use it as wireless speakers too. Takes an arm and a leg to work with Tiger but works without any configuration with Leopard. 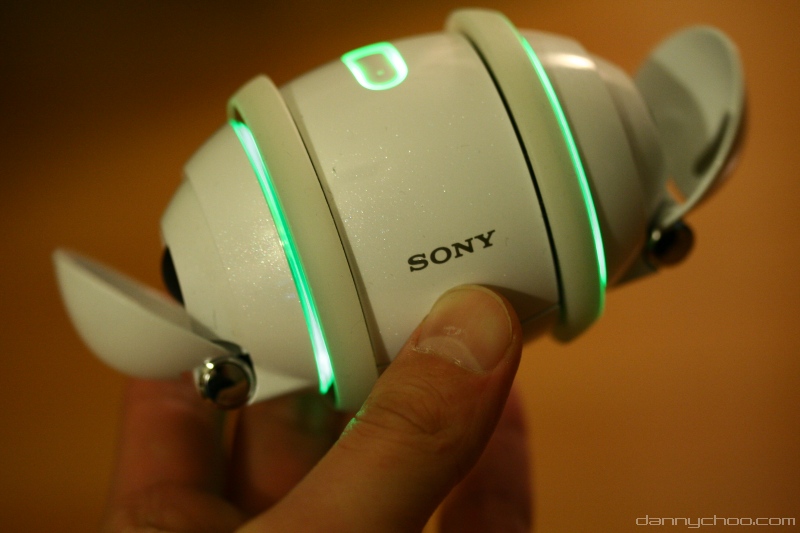 The first Rolly model seems to be more like a market research test. They didn't do any advertising on the TV, posters etc. Most of the promotions were press releases and reviews on blogs. 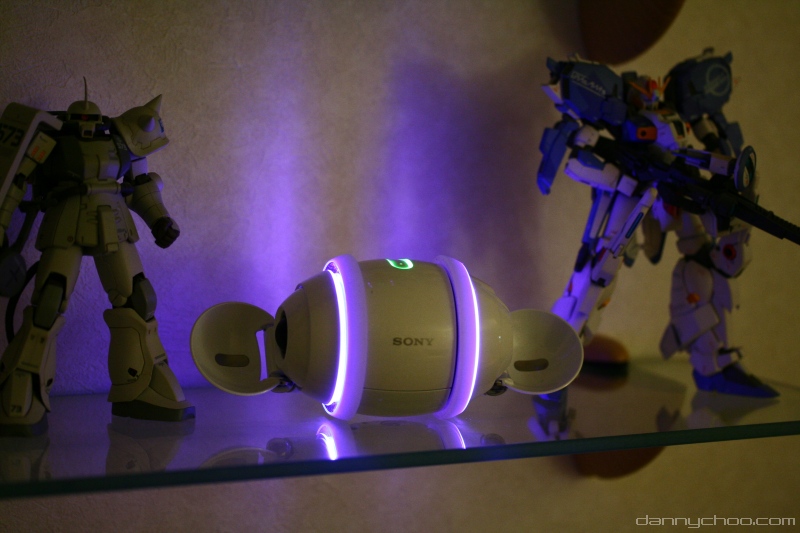 The Rolly now follows me about the house pumping out music through its very decent speakers. Good amount of bass and treble. 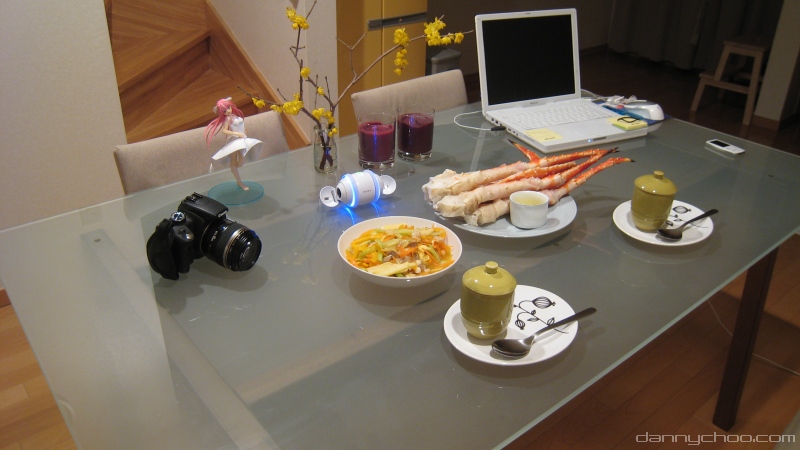 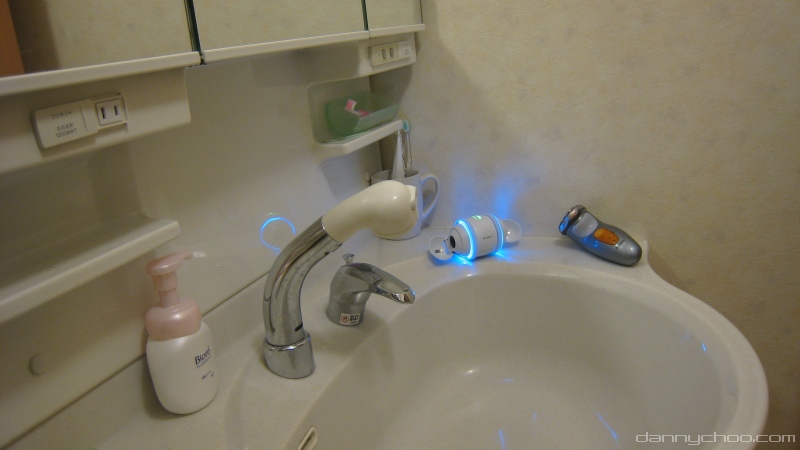 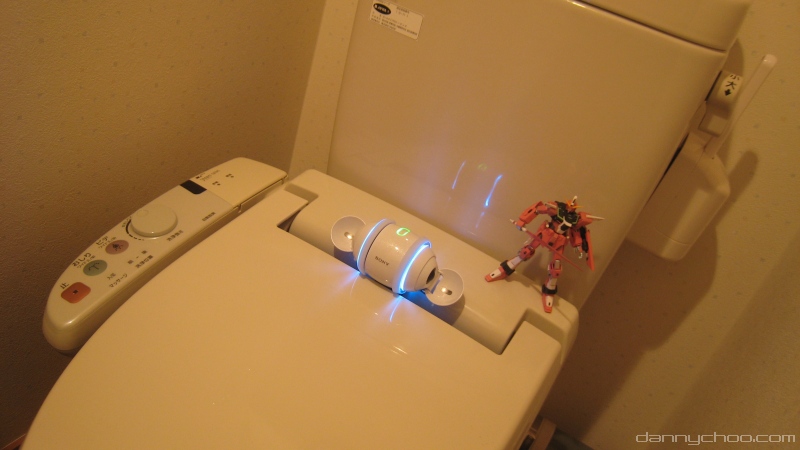 Rolly while having a poo ^^; 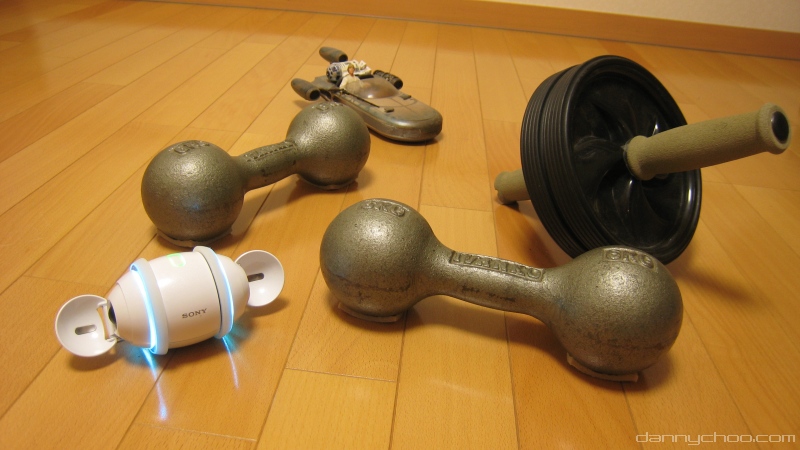 Rolly while working out. 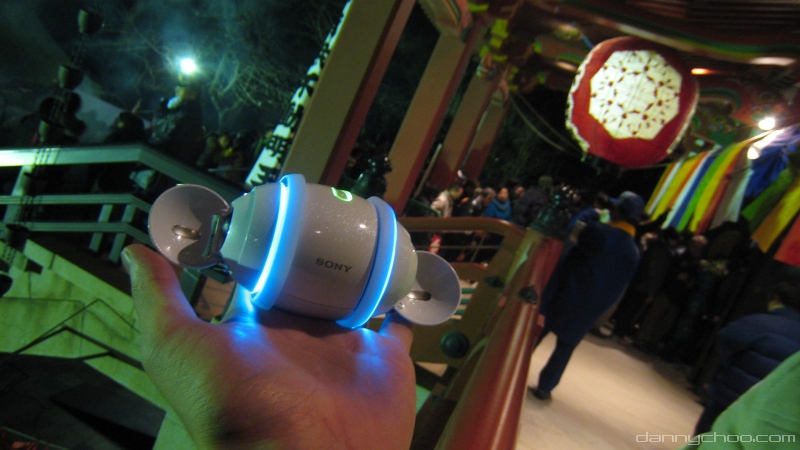 Rolly while visiting a shrine ^^; 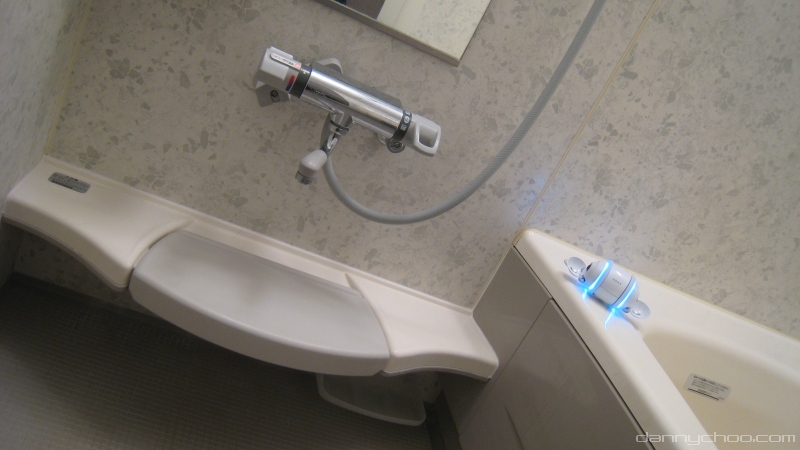 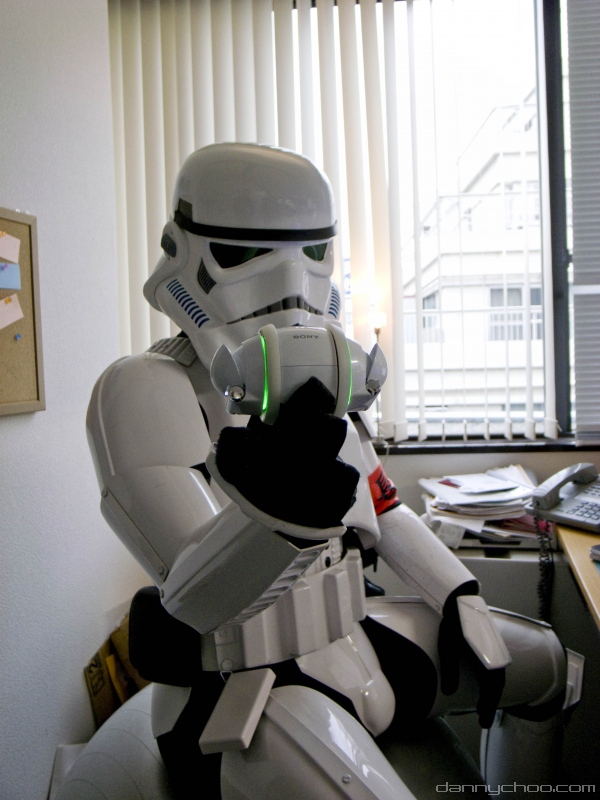 Before I used to do Tokyo Dance Trooper with an iPod and headphones which made it difficult for people to join in dancing. Now that I have the Rolly, people around can listen to the tunes and shake their funky thang.

Thanks to Sony Japan, FeedBurner.jp and EyeVio for the wonderful gift ^^;