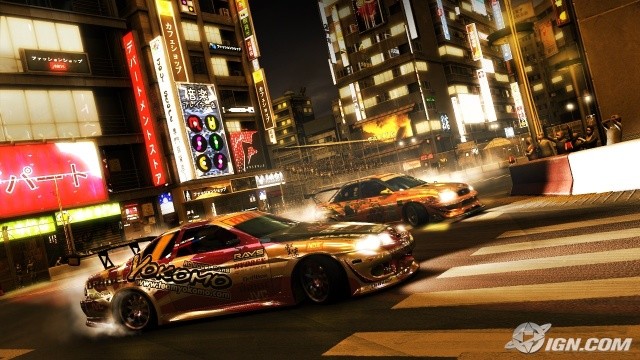 Hijacked from member guarayakha.
This video brought up a question in me head - what is the best driving game out there?
So far its been Ridge Racer for me with my fave being the last one for the PS1.
Never got into Gran Turismo as I didn't like the way the car steered. This Race Driver grid looks quite awesome from the video below - would be interesting to see how the car handles.

GT5 VS GRiD below.

As for Codemasters - been paying their games since the good ol days in the 1990's - a Commodore 64 game that they made below - I used to play games like this ^^;

Original text from guarayakha below. #q#
Being a part of Codemaster KL, I had this urge to promote this game to all of you people in DC.com.

GRiD is the latest in CM's Racedriver series that uses the EGO engine (an "evolved" version of the Neon Engine used in Colin MCRae: Dirt), and instead of going the traditional racing sim route, GRiD is somewhere between a sim and an arcade racer.

The selling point of the game, other than it's life-like AI drivers, is the replay camera & the rewind function. And of course not to forget all the awesome graphics and models that me and my colleagues did ^_^. That's right, about 90% of what you see in GRiD is made in Malaysia.

I'm still kinda disappointed that SanFrancisco's Villancourt Fountain was removed after all the effort I put in there to make it look like the real thing >_< Apparently the position of the fountain was somewhere behind those grandstands and tents near the starting line...

Racing game fans who were disappointed with NFS:ProStreet or the US$60 Demo GT5:Prologue could give this game a try. It's available on the X360, PS3 and PC

It's already released, by the way.