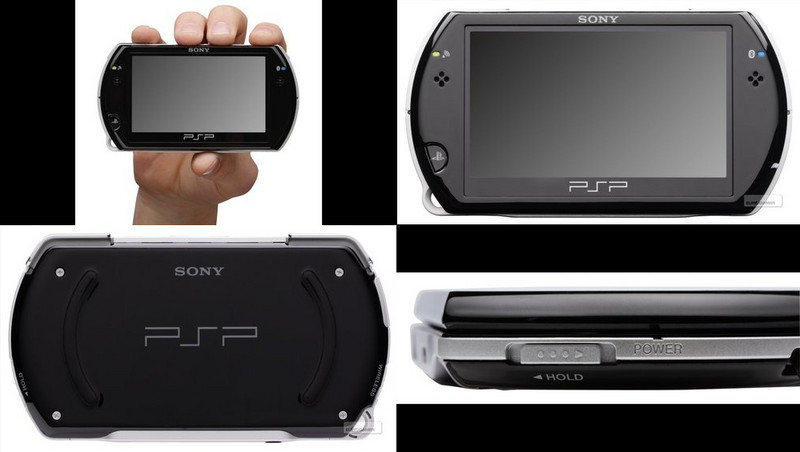 Looks like details for Sony's PSP upgrade is out. Still no touch screen?
Some details from Kotaku below.
• Gran Turismo, LittleBigPlanet, Jak & Daxter and Metal Gear Solid are all either confirmed or mentioned.
• The Go's 16 gigs of flash memory and bluetooth support ("You can also tether it to your cell phone,") are touted.
• In discussing the PSP Go's video-playing capability, it sounds like the rental service through PSN will extend to the PSP Go.
• PSP Go will not replace the PSP-3000; the 3000 will still be kept on the market.
• The PSP Go will arrive this fall.
• It's 43 percent lighter than the PSP-3000
• It has a 3.8-inch screen

PSP Go a get for you? I'l still kinda happy with my DSi.

Original text from MARl0 below.In an update to my previous story, the PSP Go has been leaked before Sony's E3 press conference.

Looks like the rumor from a month ago was right on the money. Some additional details include 16gigs of internal flash memory. And confirmation of only one analog nub.

And the new confirmed leak:
http://kotaku.com/5273208/rumor-qore-lets-slip-the-first-look-at-psp-go