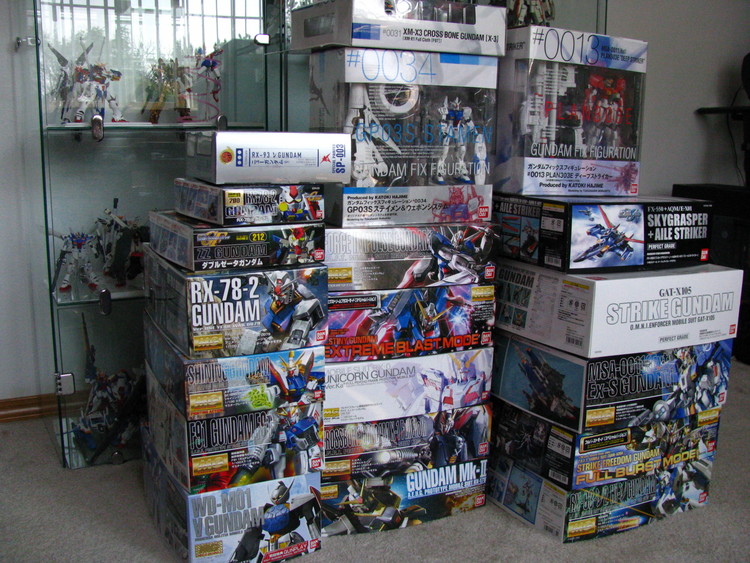 Member zyuan also getting a load of SAFS?
Its actually his pile of gundams that he has not opened yet.
Same thing with me - got a load of figures I have not opened yet. Usually open the really nice ones first though.
As for Gundams - I really want Unicorn but know that I wont have time to make it and besides I need to finish my MG Wing Gundam. But the thing with Unicorn is that both modes are so cool - which mode do you pose?

So do you end up like zyuan with a load of unopened figures/gundams?
Zyuan original text below.
Okay, admit it... who here is guilty of buying figures/models and just leave them on the shelf/closet for any of the following reasons:

The above is my stash of models that needs to be built but been put off since the day they came out...so most of them have been collecting dust for about six months to over a year! My reasons being all of the above >_____>; I do plan on completing most of them by the end of this year though...