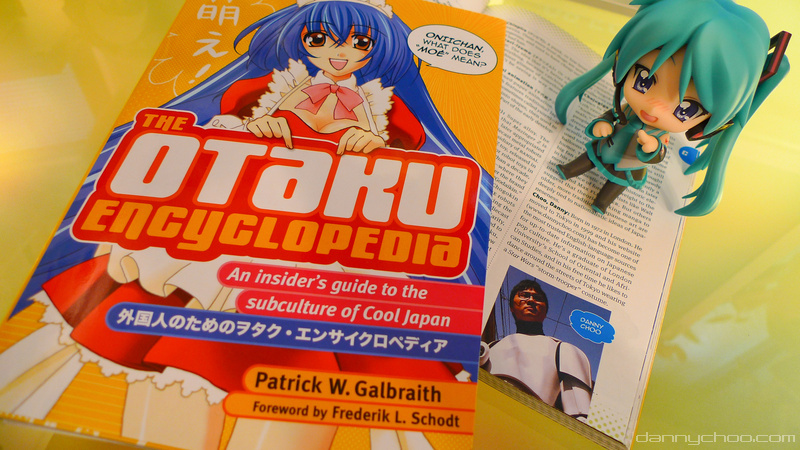 Ever wished that there was an encyclopedia in English with all things Otaku so that you can impress your GF or BF on your first date with your Otaku knowledge? Well you need to wish no more - Kodansha International brings us the Otaku Encyclopedia! 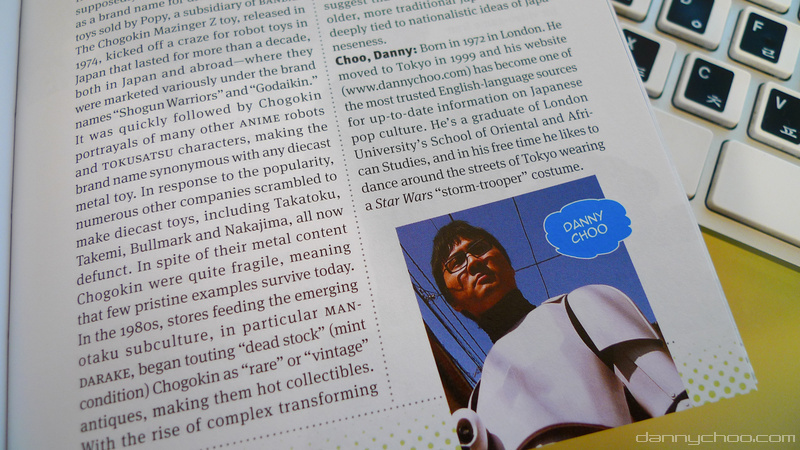 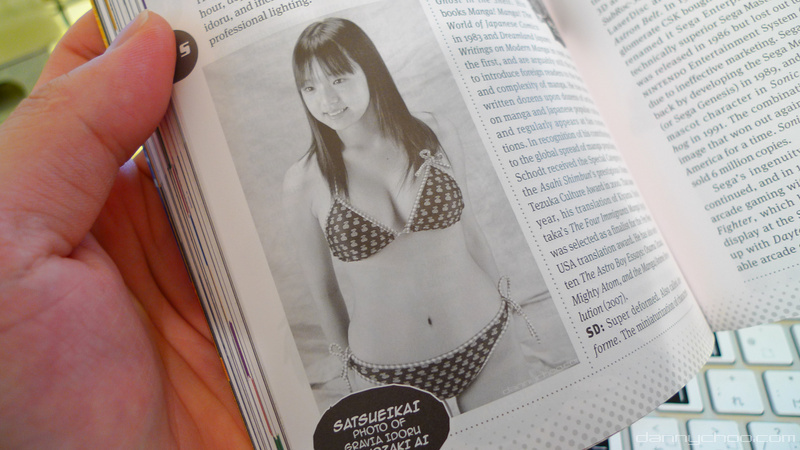 The book also features a photo that I took of Shinozaki Ai a while ago. 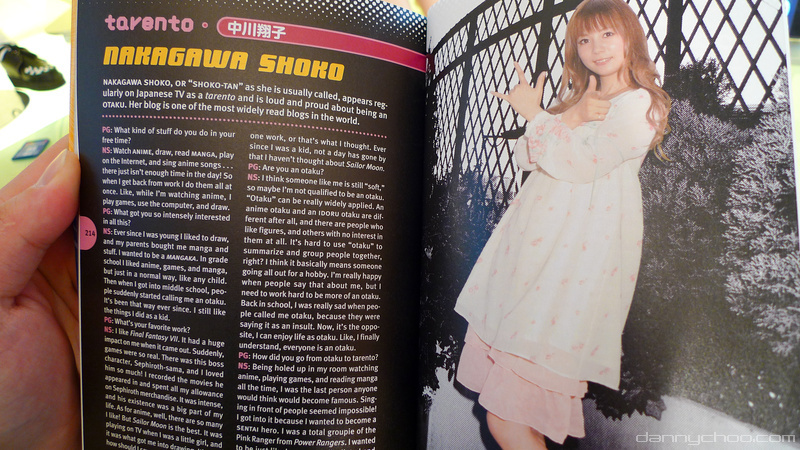 An interview with Shokotan. 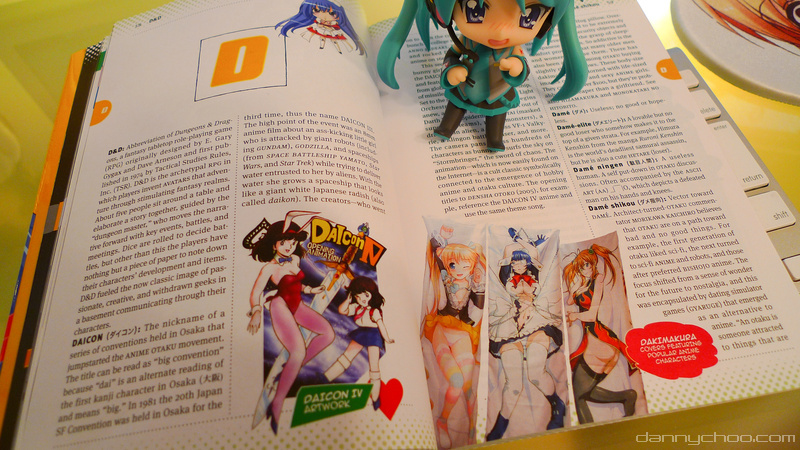 "D" starts of with these including Dakimakura. That one of Sonsaku looks quite nice. 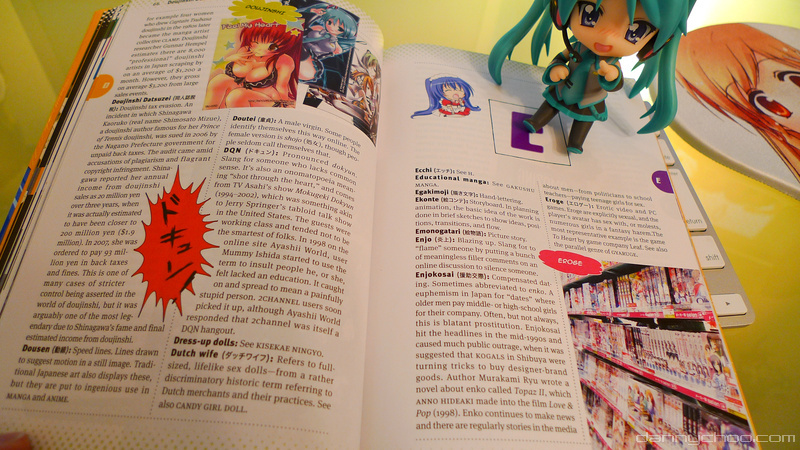 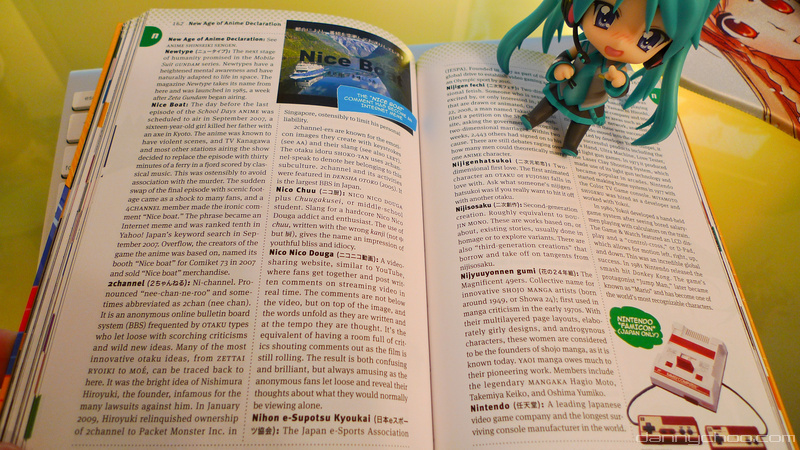 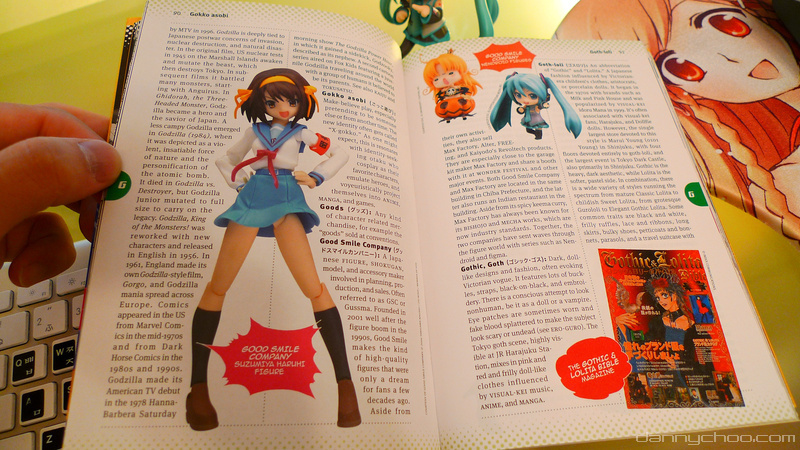 We got in Good Smile Company too! 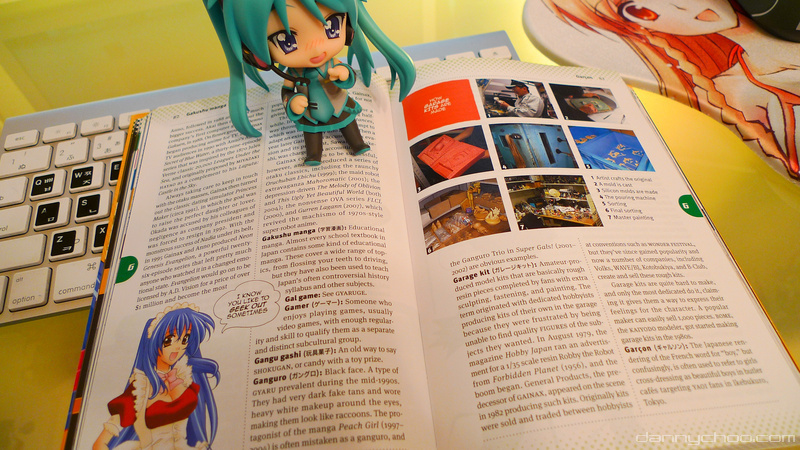 I was asked to go through the book a while ago and the first thing I tried to do was to think of Otaku words that they missed out ^^; Apart from "Good Smile Company", they managed to include all the words I could think of. 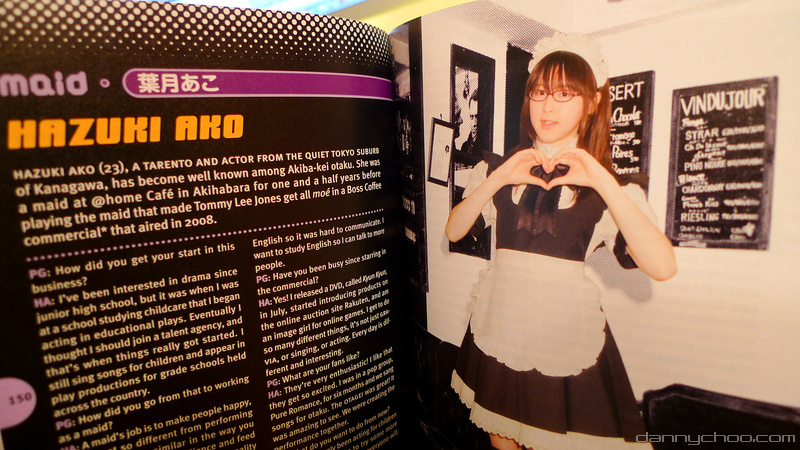 Interview with Hazuki Ako who starred in the Tommy Lee Jones Boss CM below. 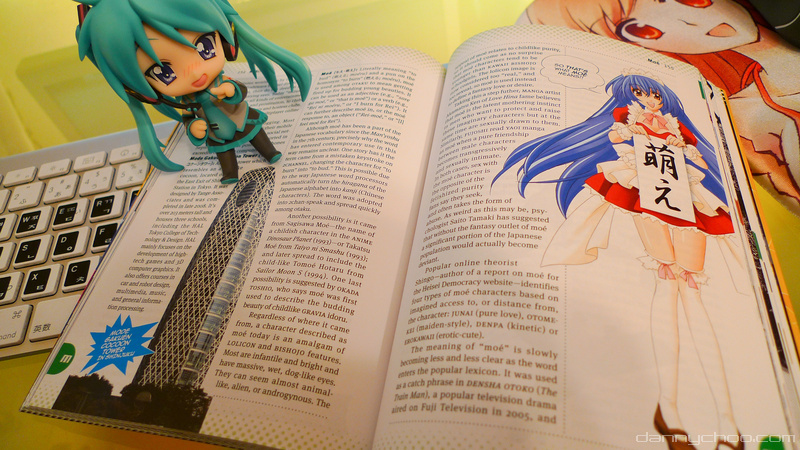 Here they cover "Moe" which needs quite a bit to explain. 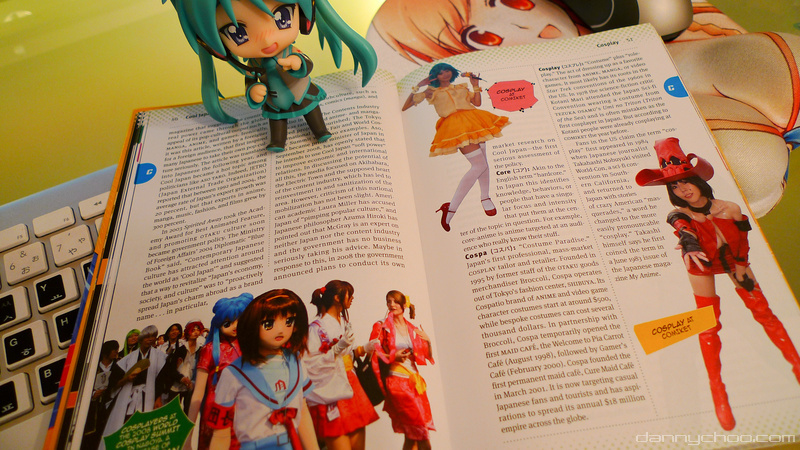 Some lovely cosplay girls. Not all pages are in color though. 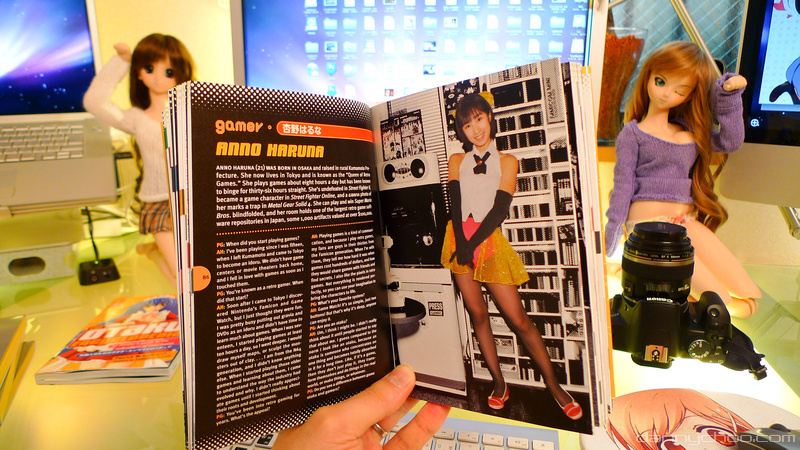 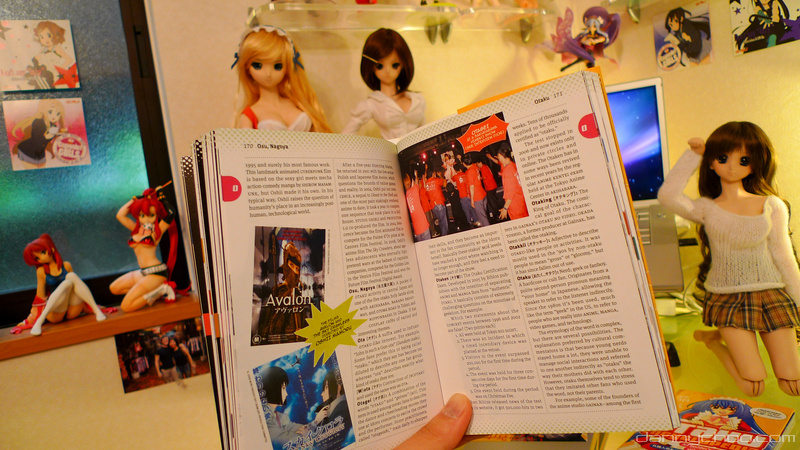 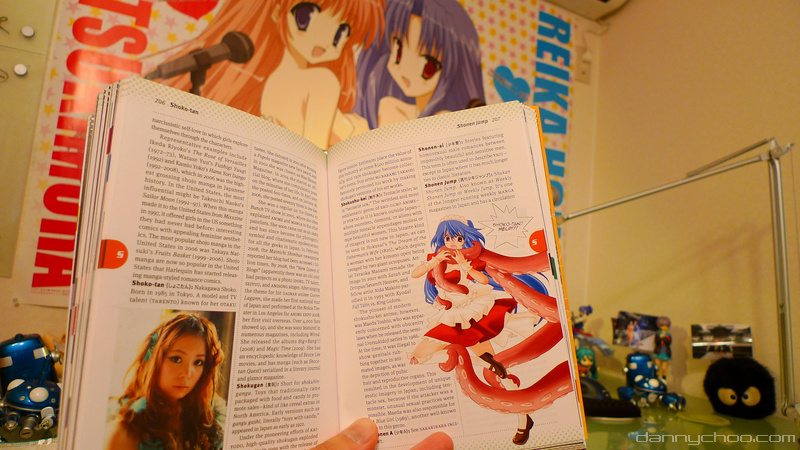 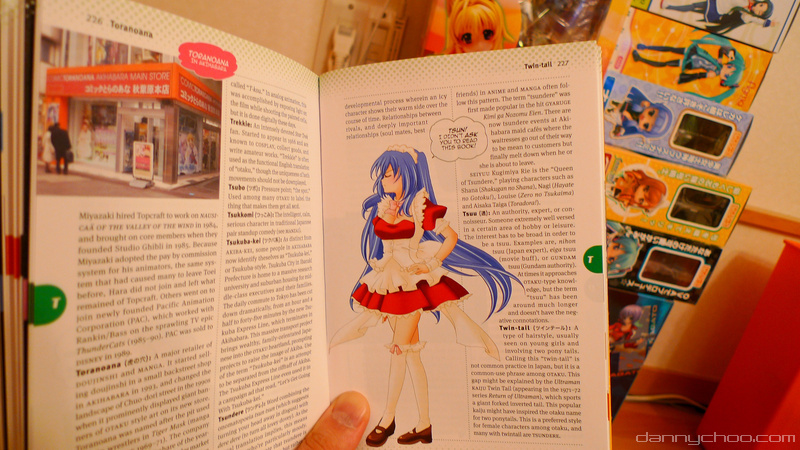 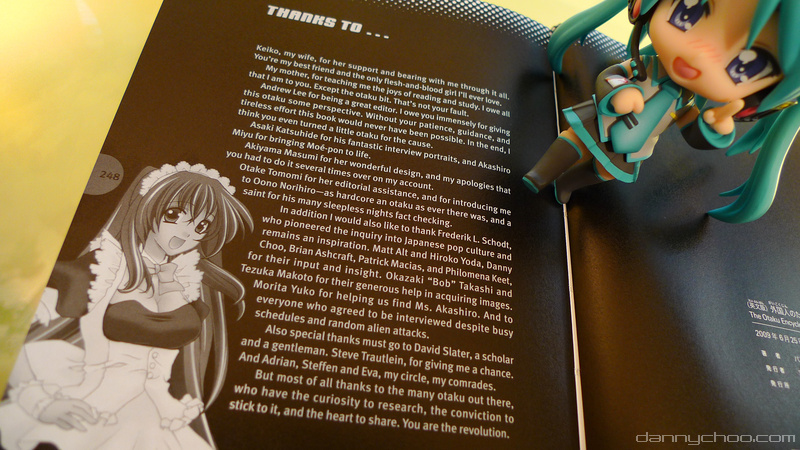 The reason why this book is filled with all Otaku related words under the rising sun is because its written by an expert on the subject - Patrick W. Galbraith is a journalist taking a Ph.D on the subject of "Otaku."
When hes not doing that, he transforms into Tokyo's resident Super Saiyajin. The photo below of him and I battling it out at the Akihabara Liberation Demo back in 2007. Lol at his comment:- Thanks to Keiko my wife, for her support and bearing with me through it all. You're my best friend and the only flesh-and-blood girl I'll ever love. And from the looks of things, many married folks registered on dannychoo.com also have one flesh-n-blood partner but a zillion 2D or plastic partners^^; 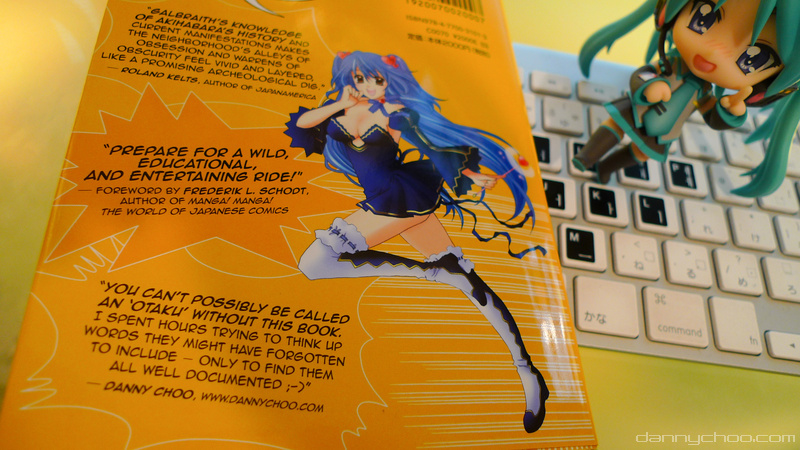 A few words from me on the back of the book too.
The 252-ish page Otaku Encyclopedia is not out yet but available for pre-order:-
at Amazon.co.jp for 2100 yen (out mid June)
at Amazon.com for 14 USD (out October).
at Amazon.co.uk for 12.95 pounds. They spelt Otaku as "Taku" ^^;
Amazon.co.jp do ship overseas though. There is a link somewhere to switch the UI into English to get you through the order pipeline (which my team built when I was at Amazon ^^;)

The reason its released so late in the US is because of logistics - takes ages to ship (by boat) to the US and get distributed.
I've heard that Kinokuniya in countries around Asia may get it around June though. 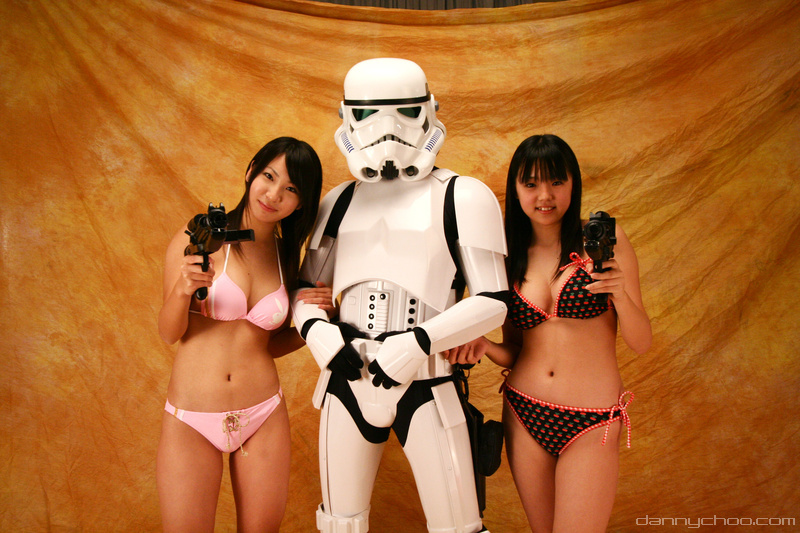 And for those who want to get a load more of Ai-chan, you can see photos that I took of her back in December 2006 in the Ai Shinozaki photo article.
We got permission from her production studios to use her photo and they were most cool about it. Some Ai-chan in action below. 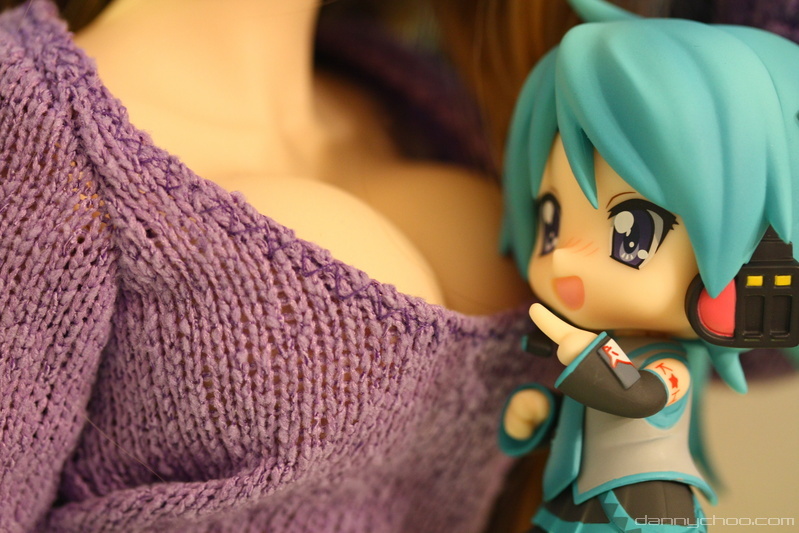 And while we are at it, a few snaps of the most sweetsome Nendoroid Kagami in her Miku cosplay who starred in todays book review.
Caption that photo. 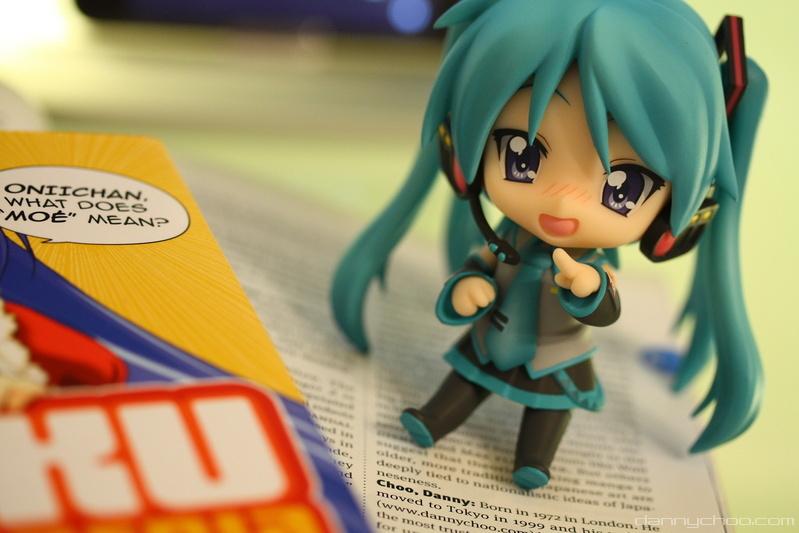 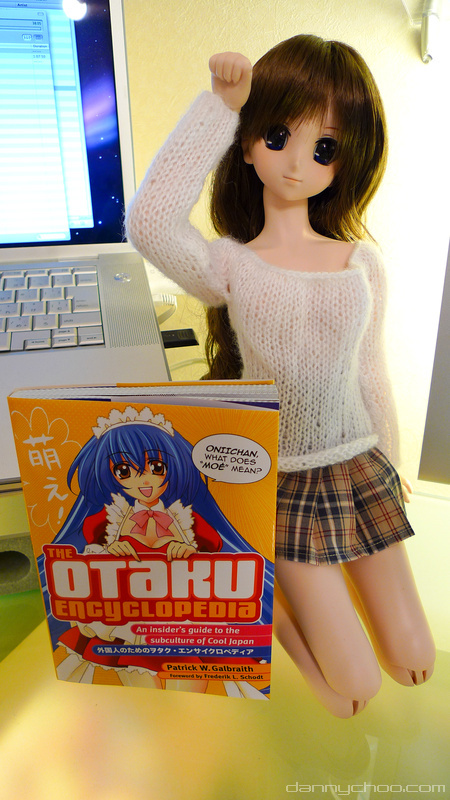