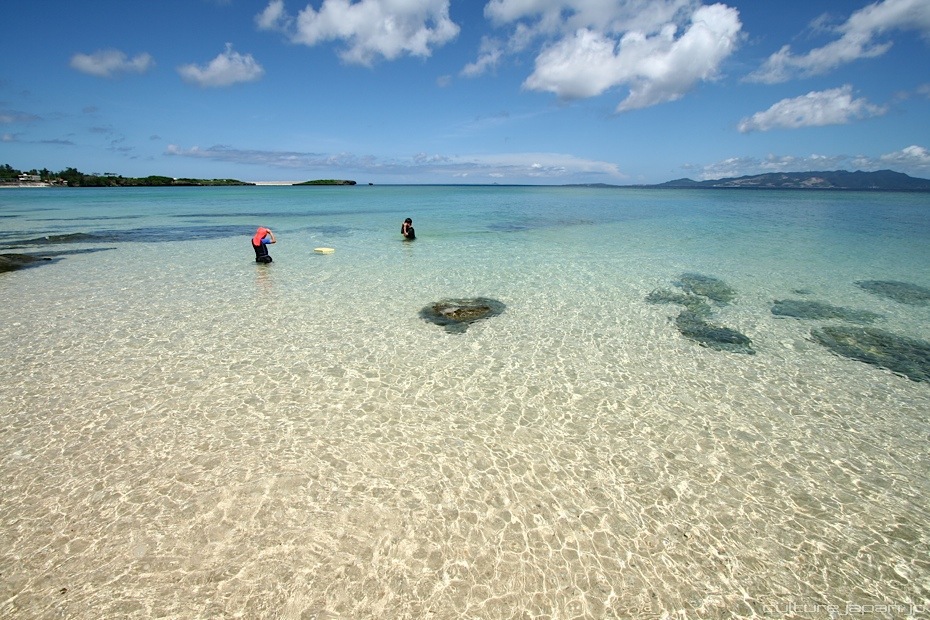 Many moons ago, the islands at the end of the Southern tip of Japan known as the RyuKyu Kindgom were not part of Japan. In 1609 the Japanese Satsuma clan invaded the islands presumably because they wanted a bit of the lovely emerald water. in 1879 following the Meiji restoration, Japan decided that they wanted to keep the RyuKyu kingdom for their own and from then on it became known as Okinawa prefecture.

At the end of World War II in 1945, Okinawa was under the administration of the United States - I think they wanted some of that emerald water too. During this time, the US established a few military bases which the locals have been complaining about for years. The US eventually responded by saying that they would relocate a particular base but that Japan would have to pay for the expenses - I cant remember the amount but it was enough to buy a small moon.

Okinawa was handed back over to Japan on May 1972. 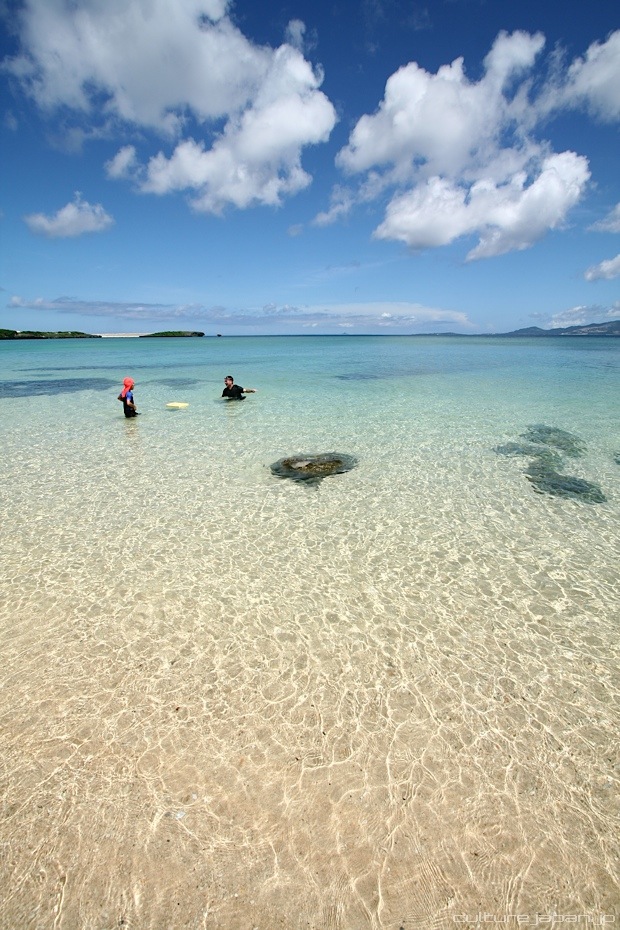 Because we didn't book way in advance (we booked two days before we decided to go), the tickets and hotel costa few body parts. Do book well in advance if you decide to go. If you want cheap tickets though, you may want to risk going in Typhoon September season where ticket prices take a steep dive. 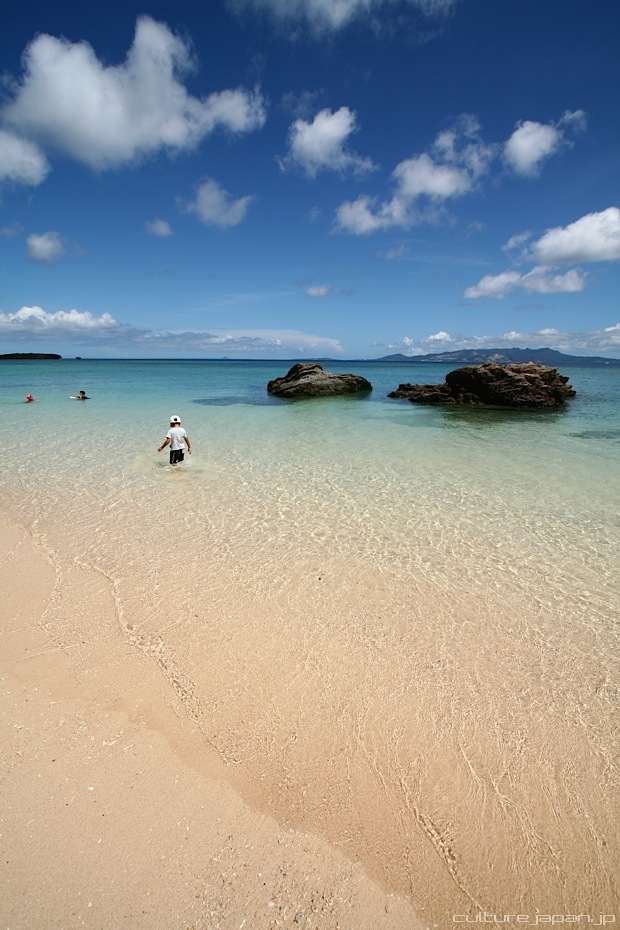 Woke up at 5AM, left at 6 and got to Haneda airport within an hour - before we knew it we were in Okinawa. While we were still in Japan, it felt like we were somewhere else. It kind of reminded me of Penang in Malaysia - the architecture, temperature, colors, typefaces used in signs, vegetation etc. 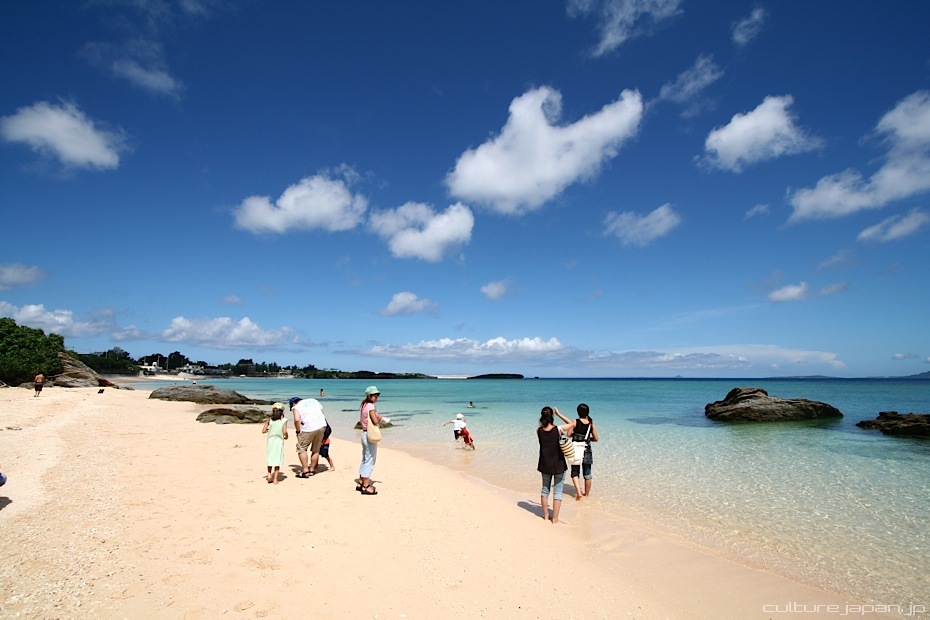 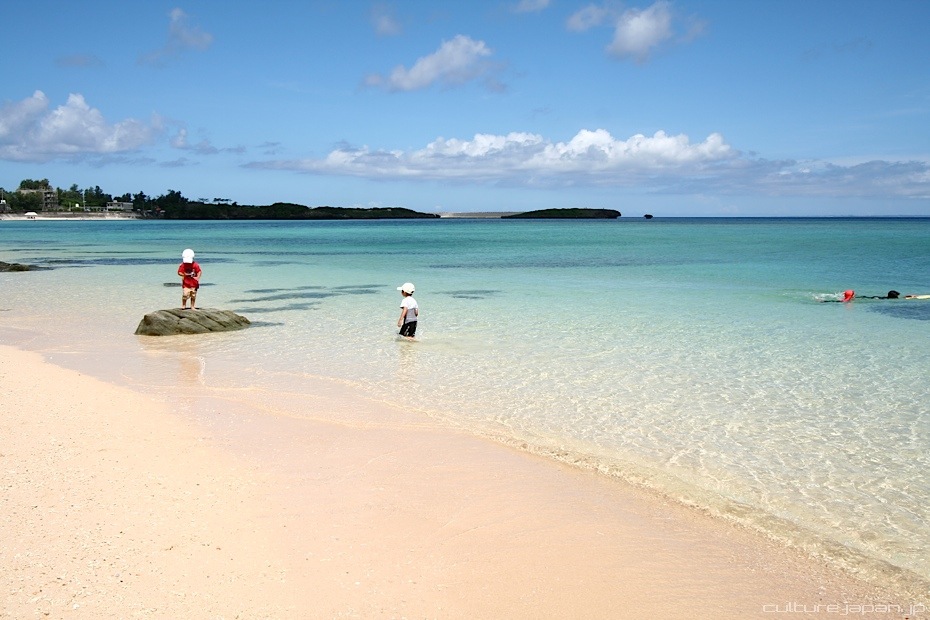 This was an unmanaged beach meaning no showers or nets - some beaches such as Emerald beach have nets to keep you safe from creatures such as giant pirates-of-carribean-type octopus and smaller less harmful creatures such as jelly fish - but then it does depend on the species.
You will encounter signs as you enter beaches of the "get-stung-by-this-fish-and-die-within-60-seconds-so-be-careful" type. 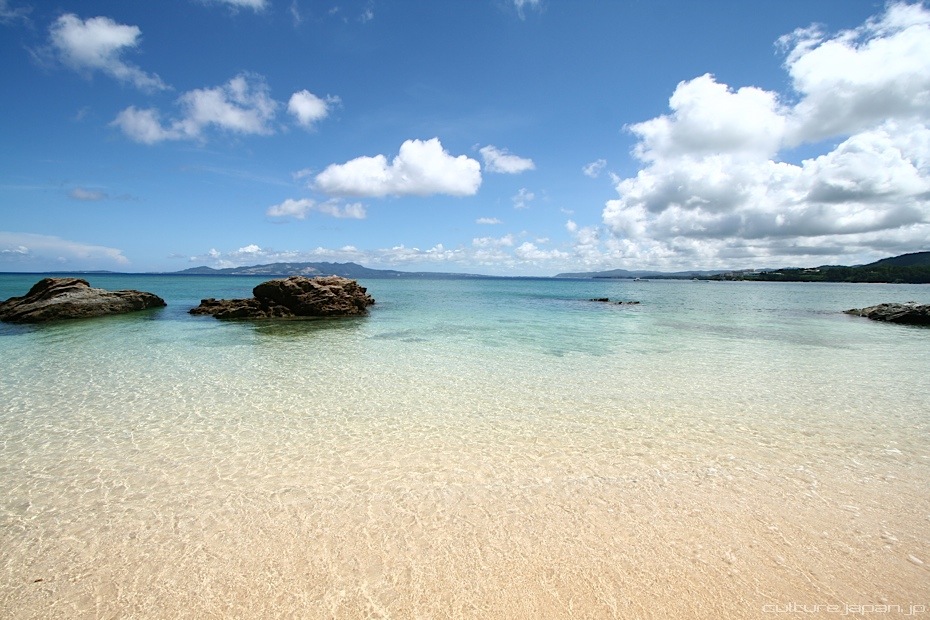 We went at the end of August and while it did rain a bit, the clouds would soon give way to blue skys and scorching sun. 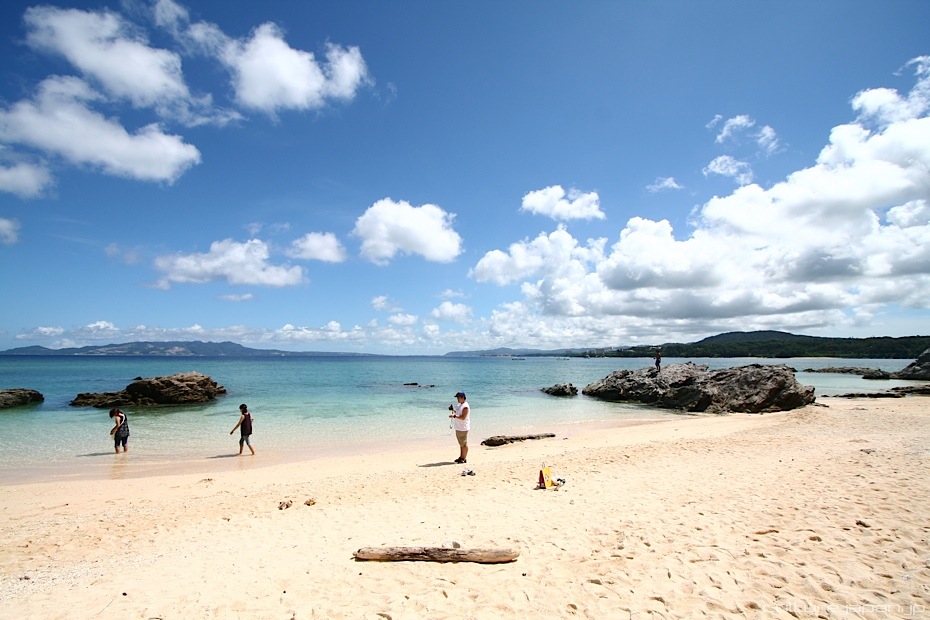 If you are looking for a hot place to visit for your hols then you must try Okinawa! 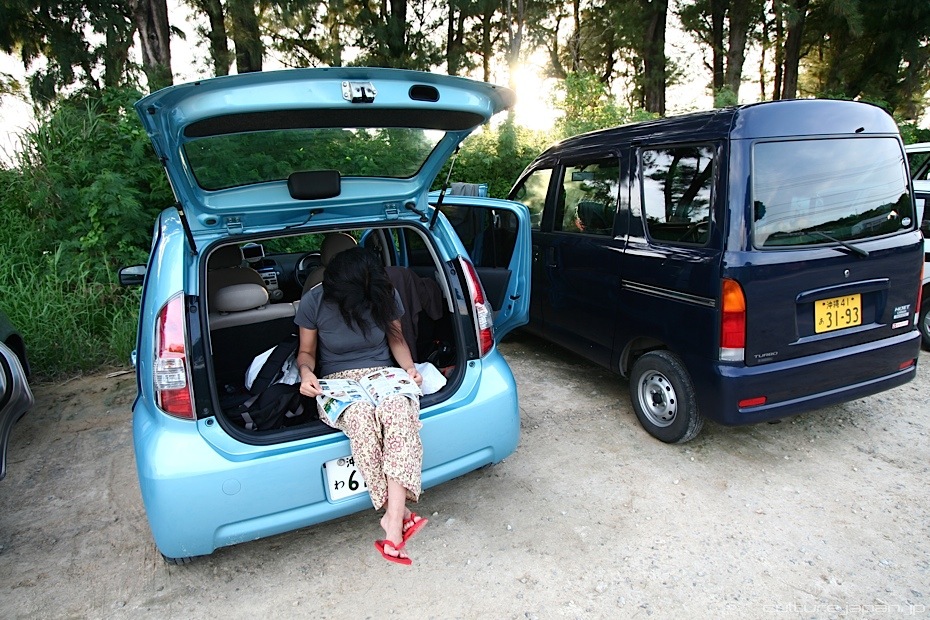 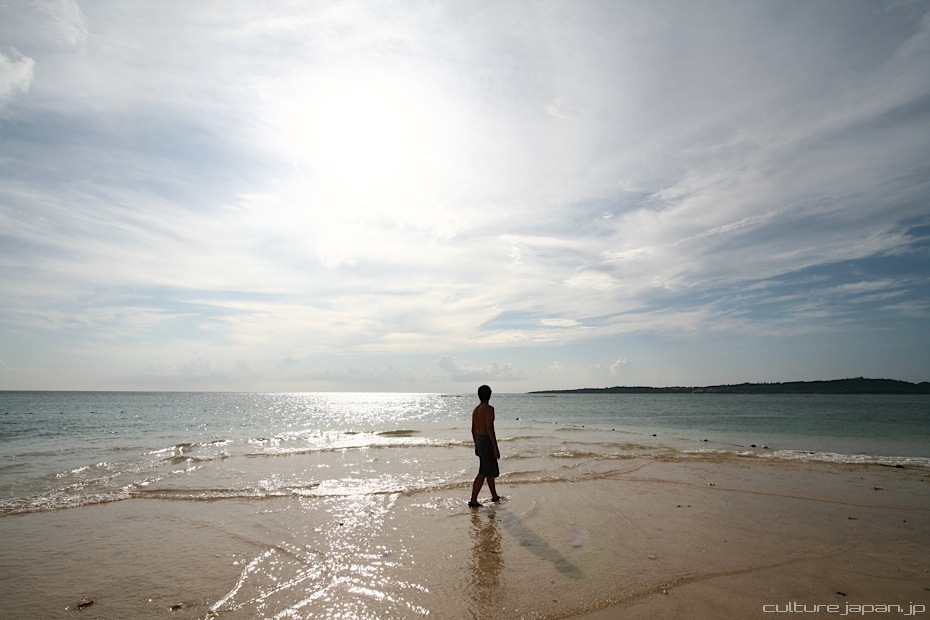 Another beach that was asking us to jump in. 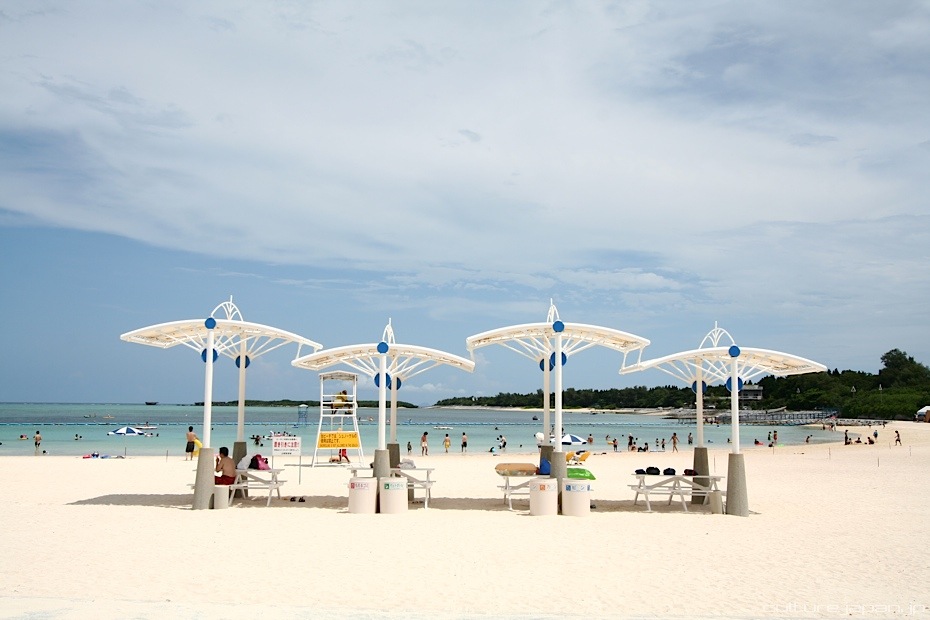 Emerald beach gets its name from the color of the water I guess as the water was truly so. The showers and nets here all for free. Manza beach was not free and cost something like 4000 yen for parking and admittance. 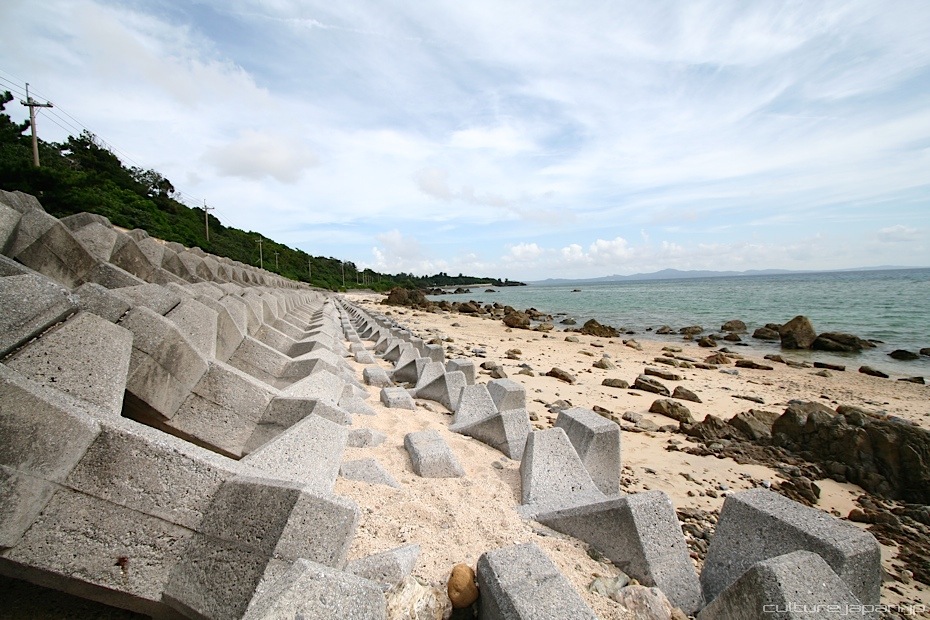 Anti Tsunami things. What are these called?! 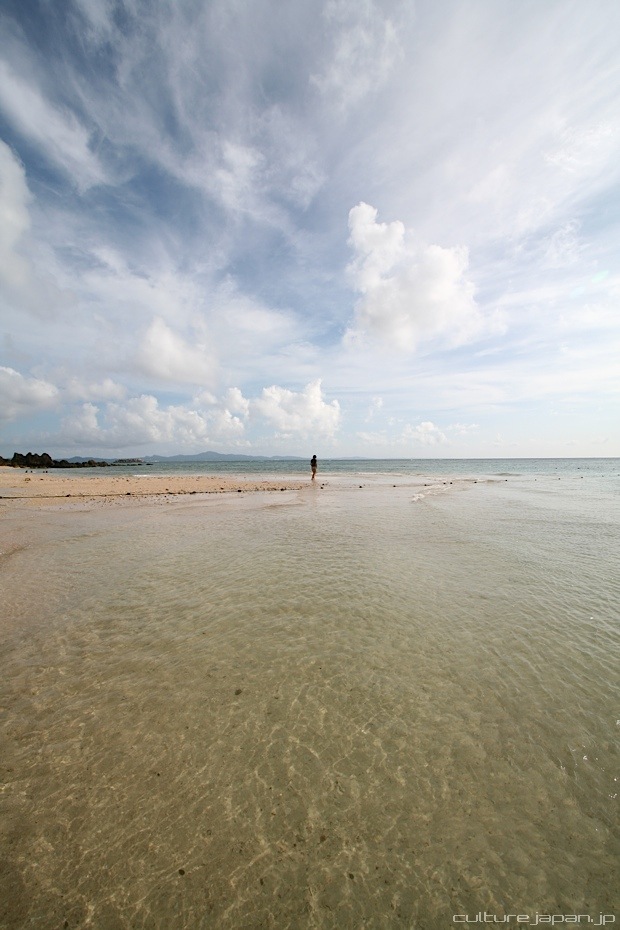 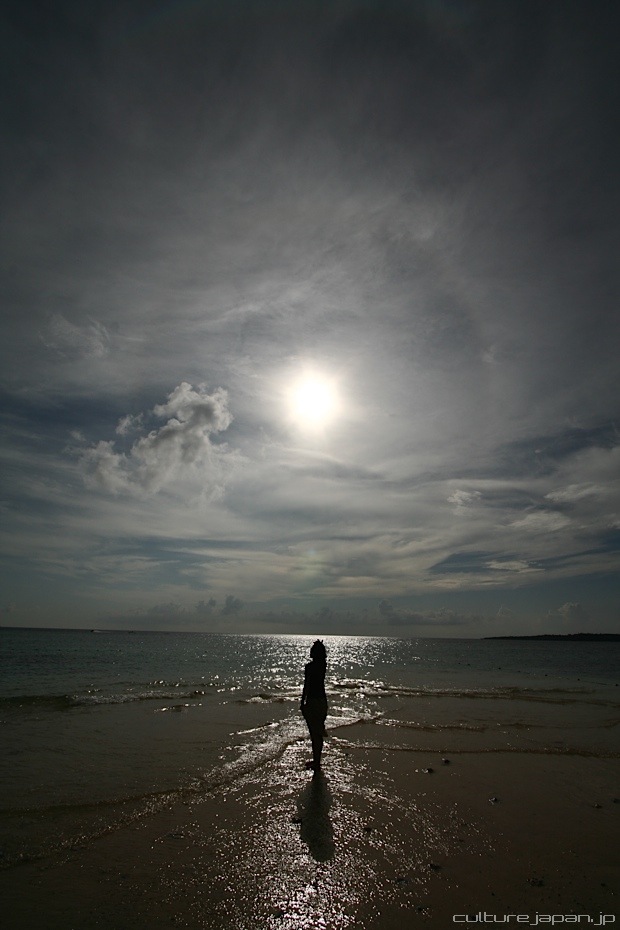 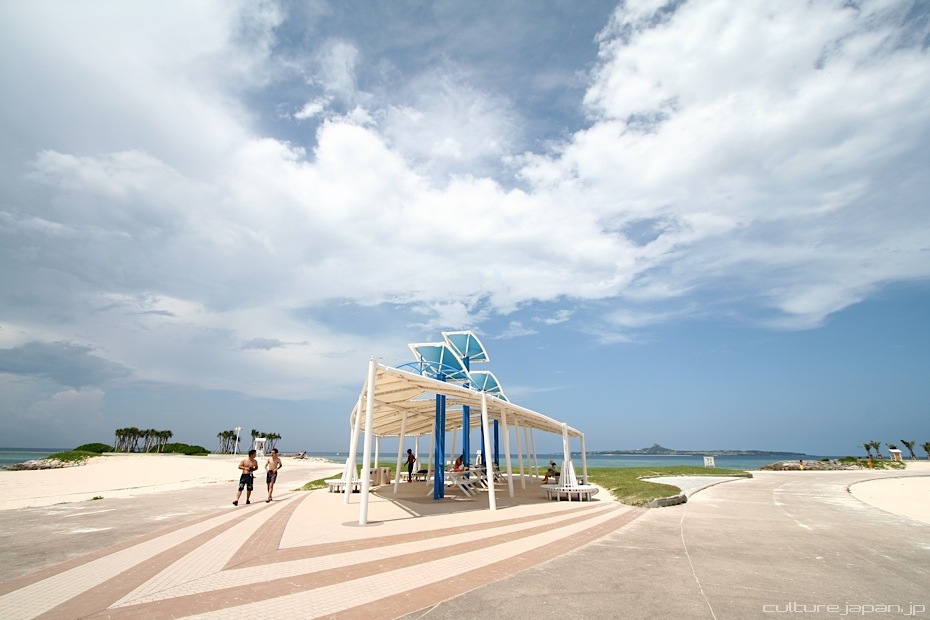 Other reason why I like Okinawa - the beaches are not crowded. 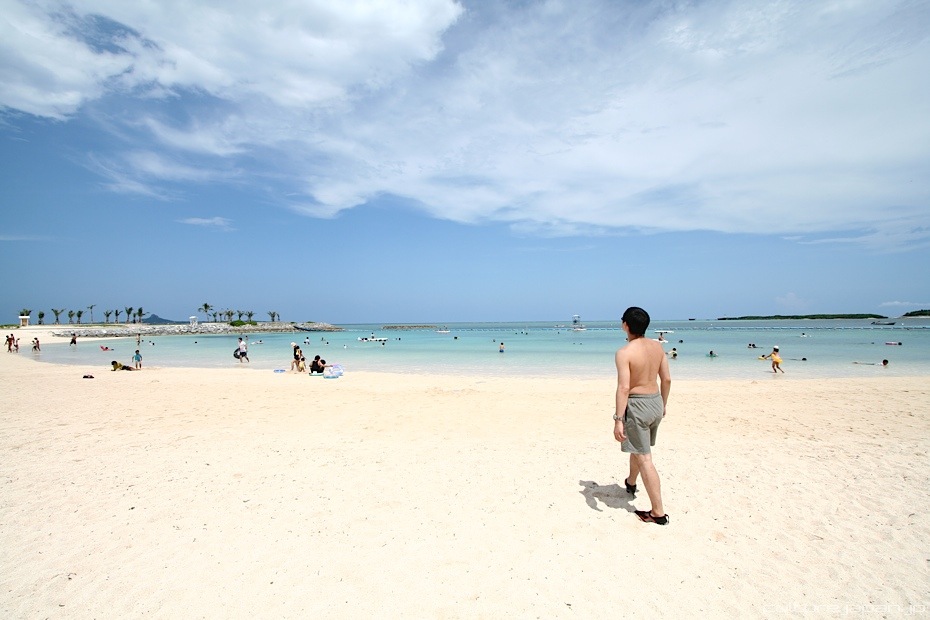 Way too hot to walk around with a T-shirt >< 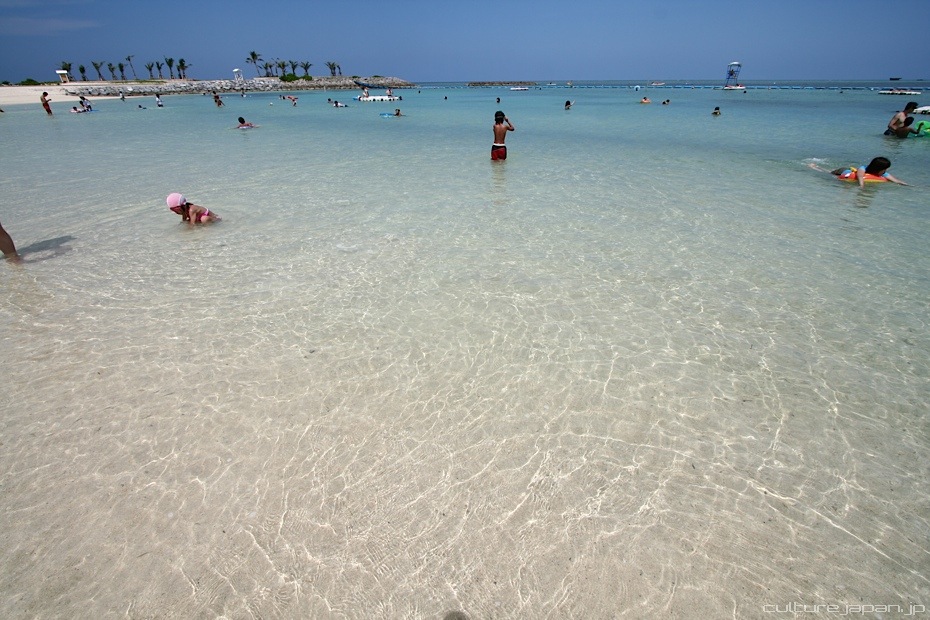 The water is just so clear and gorgeous. 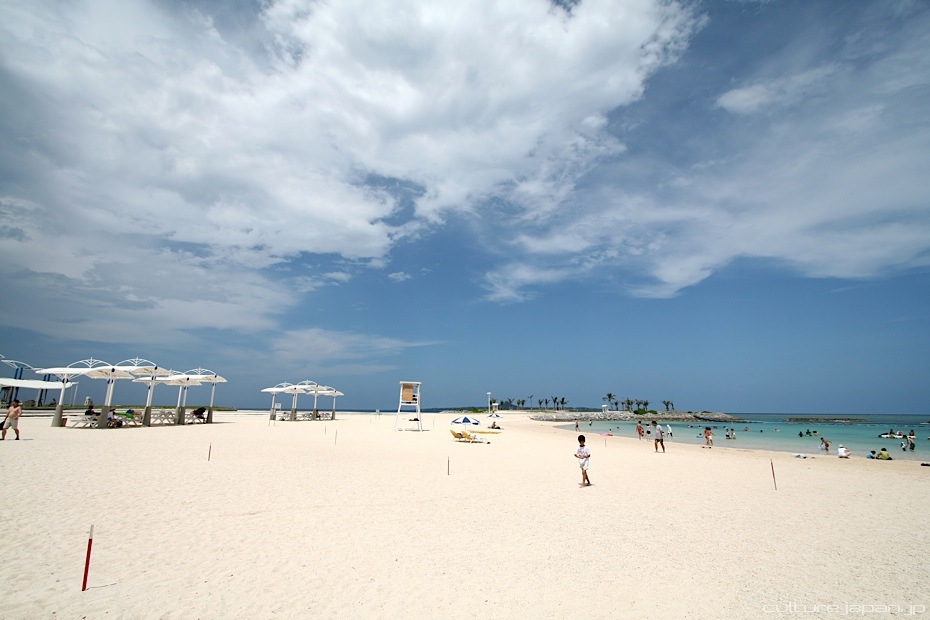 Another reason to visit Okinawa - the beaches are clean regardless of whether they are managed or not. 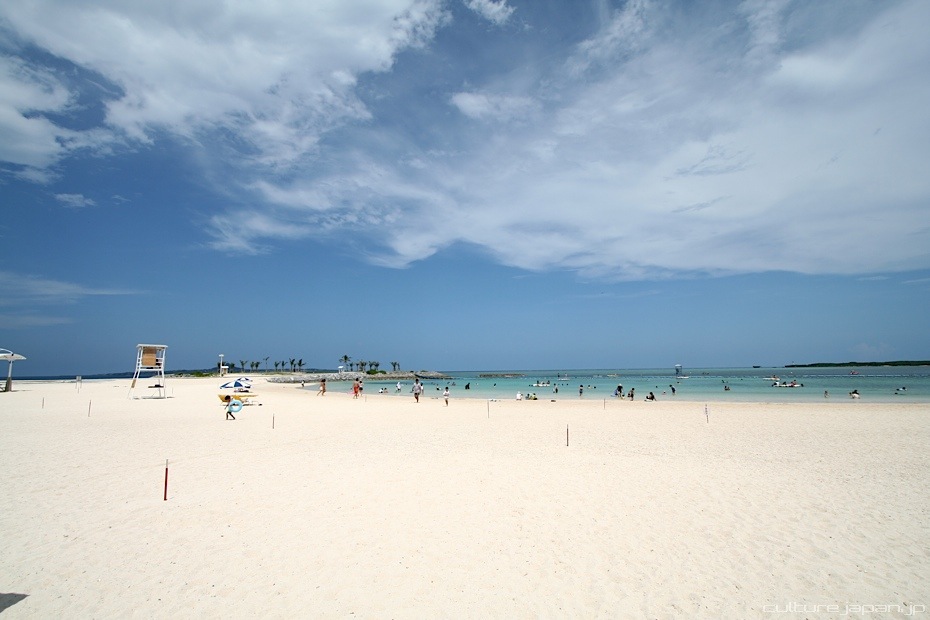 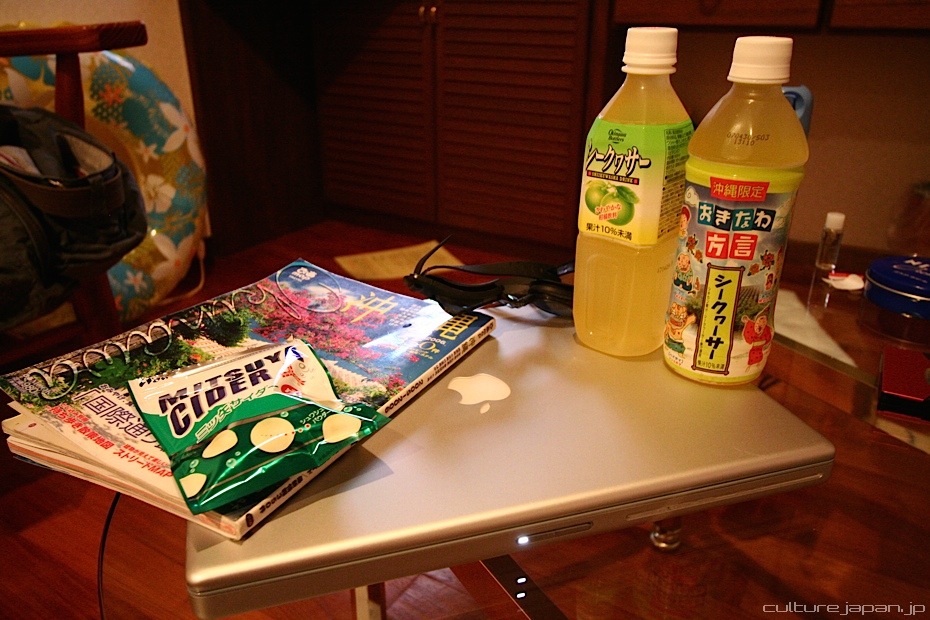 It was the first time I tried Shikuwasa (I have no idea what its called in English but its シークワサー in Japanese) which could be found all over Okinawa - it kind of tastes like a cross between orange and lime. I was addicted after a few sips and have been trying to get hold of it in Tokyo - cant find it anywhere >< 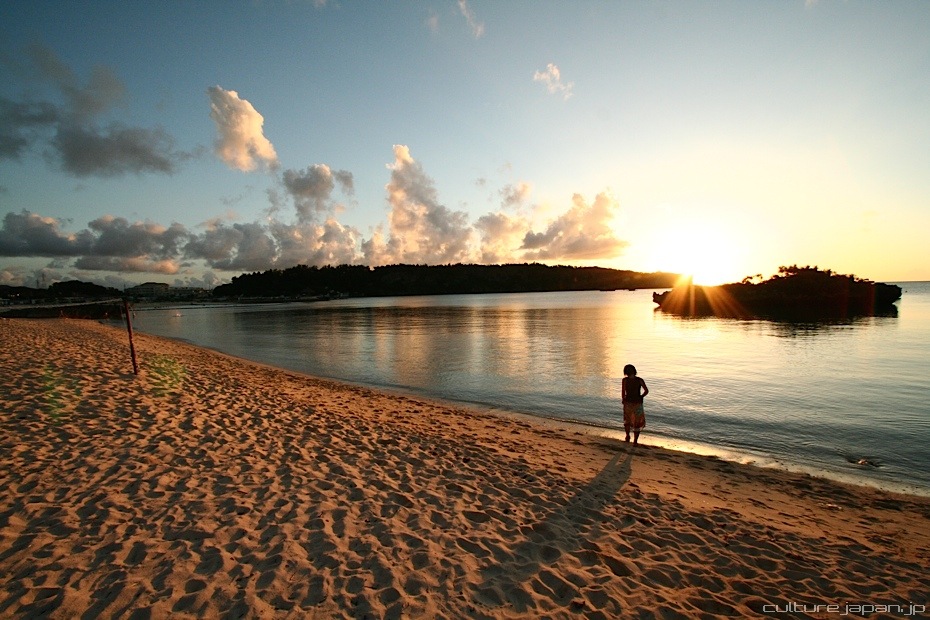 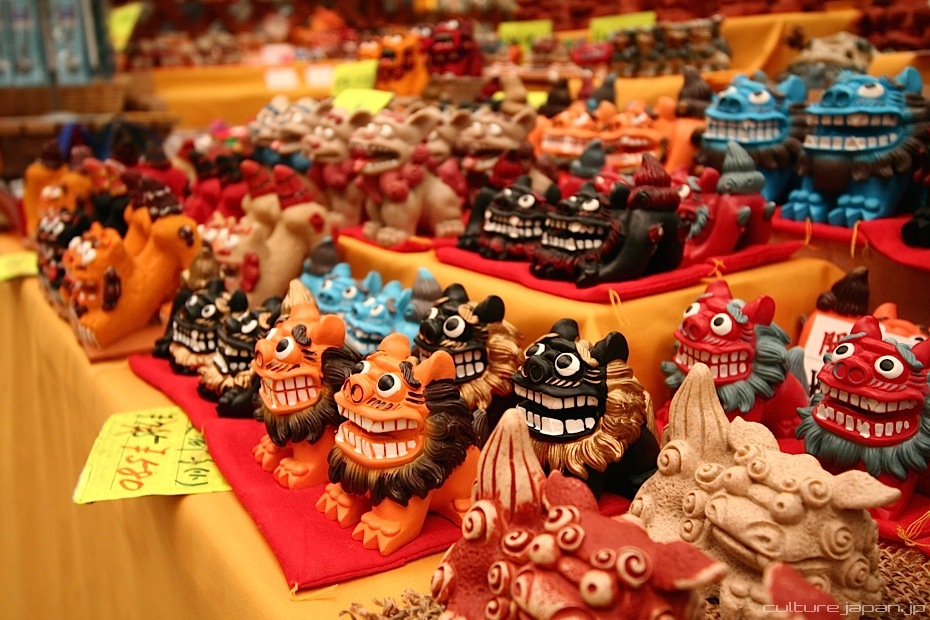 Went to have a look down town in Naha which is the city where the airport is. These are called Shisa - a pair of mythical lion/dog/dragon type beasts. One has its mouth open to ward off evil spirits while the other has its mouth closed to keep the good spirits in.
Some reasearch say they originate from Egypt. 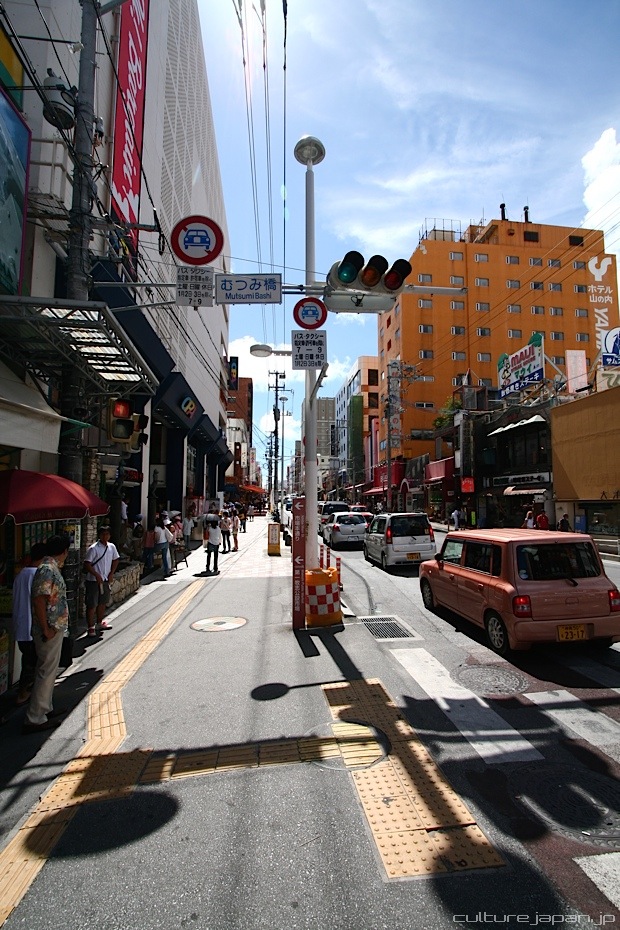 Maybe its because Naha is a small quiet town where you would go for a gander but not really to do high street fashion shopping. The reason why you would be in Okinawa is to check out the beaches or local crafts and villages. 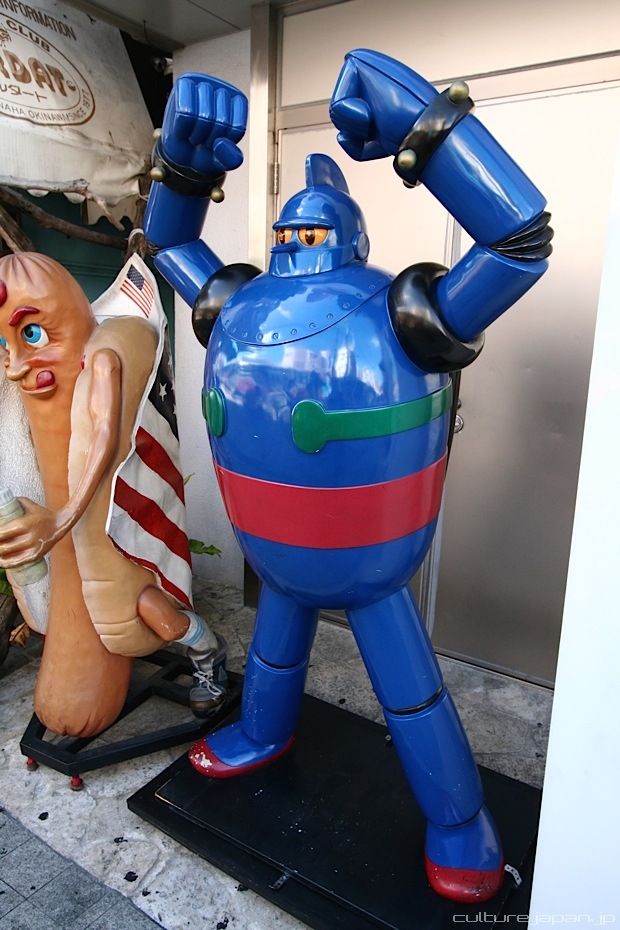 They do have interesting characters down town like this Tetsujin. Slightly too heavy to take back to Tokyo. Not as heavy as the Kobe Tetsujin I guess. 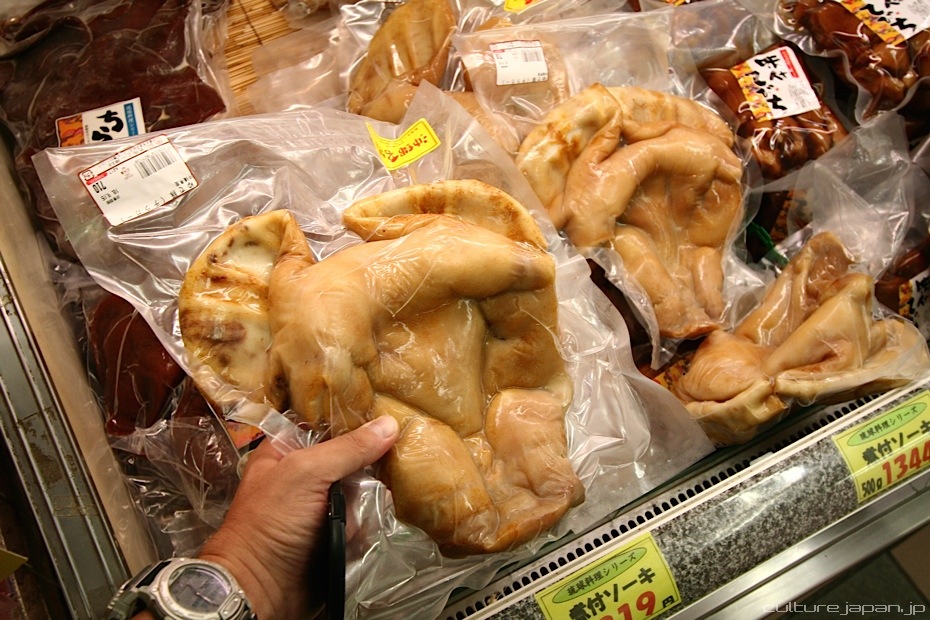 And don't forget to pick up something nice for your boss like this - can you guess what it is? 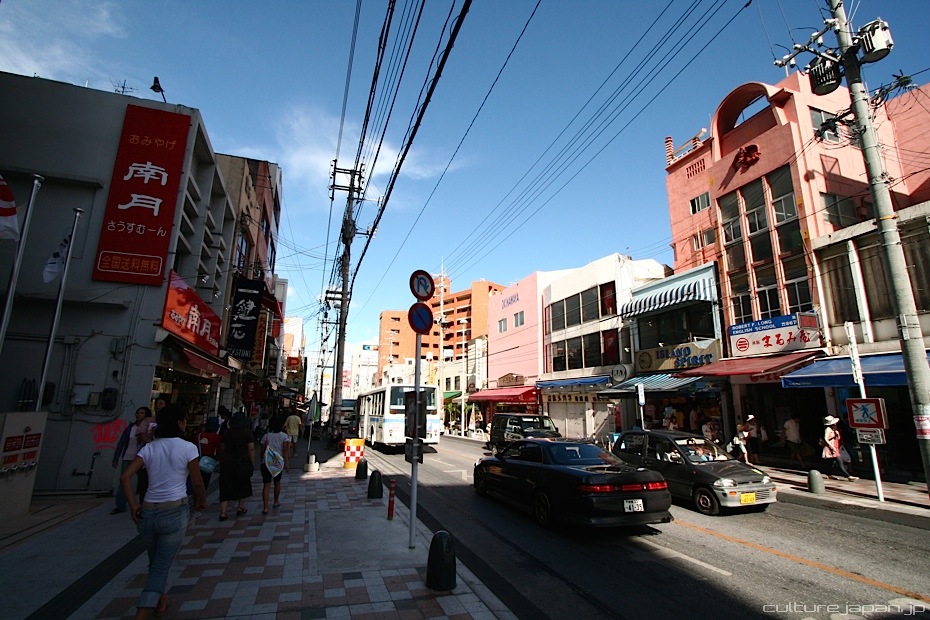 And this is as "down town" as it gets in Naha - remember you are here to relax and a relaxing atmosphere it certainly is. 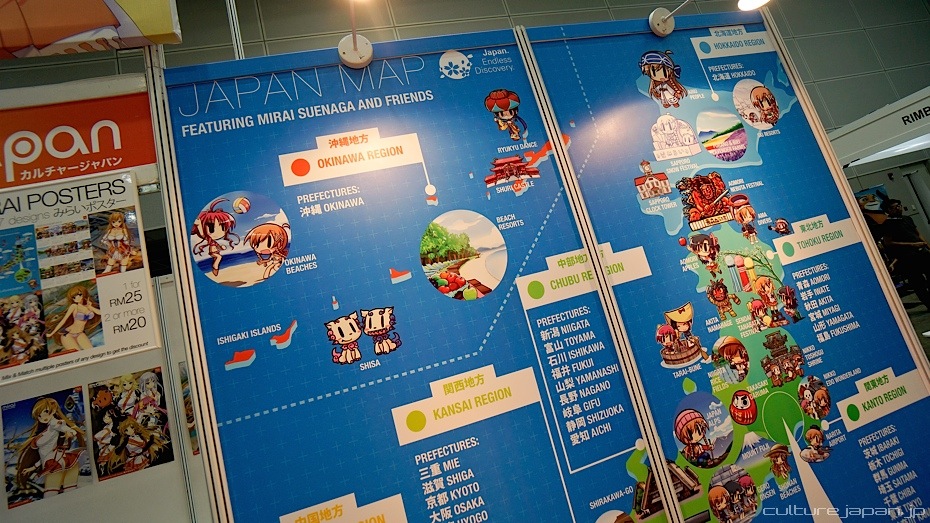 Okinawa is featured on the Japan Tourism x Mirai Suenaga map of Japan which Japan Tourism is handing out at various places and events worldwide - if you are arriving in Narita Tokyo then look out for it! 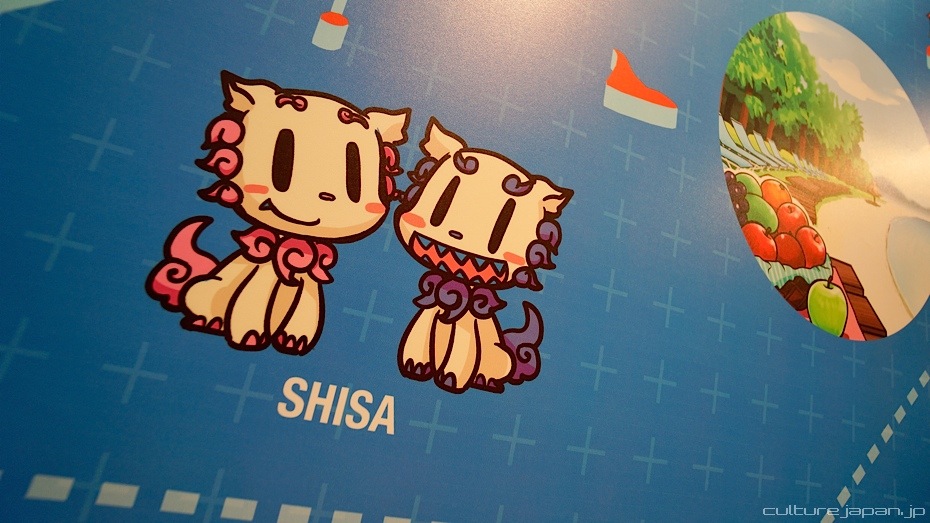 And here are the cut pair of Shisa featured on the map. I've made them into Mirai Millennium mascots ^^
The female is called "Cae" (pronounced "Sea") while the male is called "Sar." 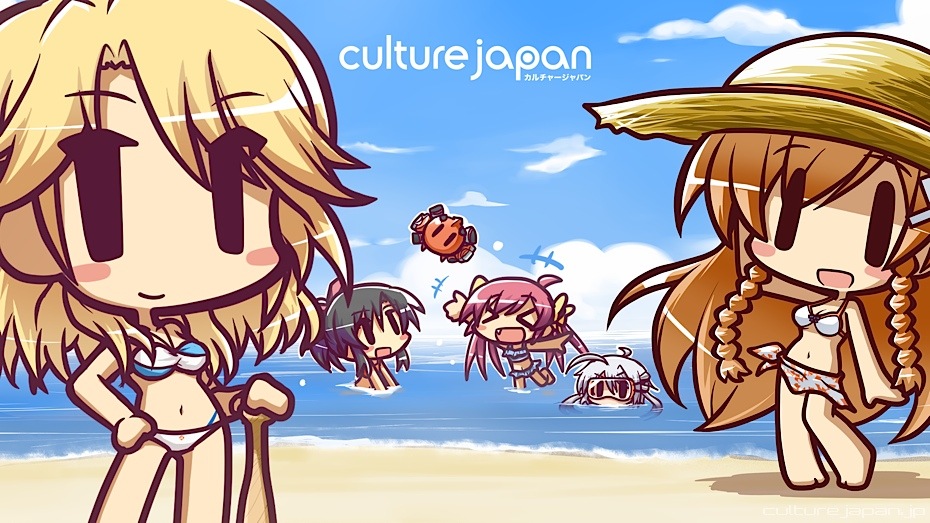