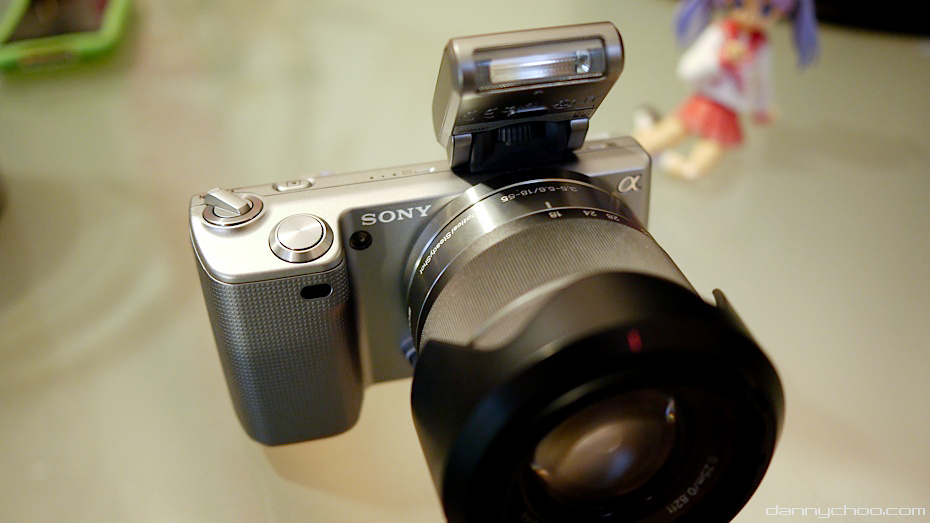 The editor for OTACOOL was in the office the other day and brought along a new his new toy - the Sony NEX-5. I like shiny metal things so I took a closer look - all these photos taken with the Lumix GF1 with pancake lens.

Only took a brief look however but did like what I saw. Very compact sleek body but Sony is as Sony does and goes with their proprietary lens instead of supporting the Four Thirds standard. I remember how they only supported Memory Stick but are now also building in SD card slots into their machines.

More photos taken of and with the NEX-5 at Flickr. and a review up on YouTube below. 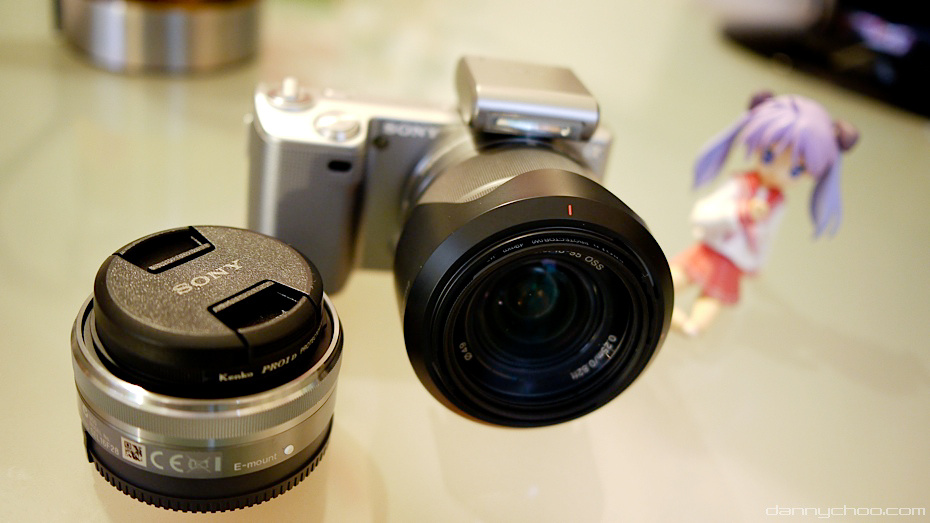 What I really liked about the NEX-5 was the Sweep Panorama (Swing Panorama) mode where you sweep the camera across a view and the NEX-5 then does all the work to stitch a panoramic photo together. Folks who have Otacool 3 would have seen the panoramic photo of my desk taken with the NEX-5. It reminds me somewhat of that huge gun in the Expendables ^^; 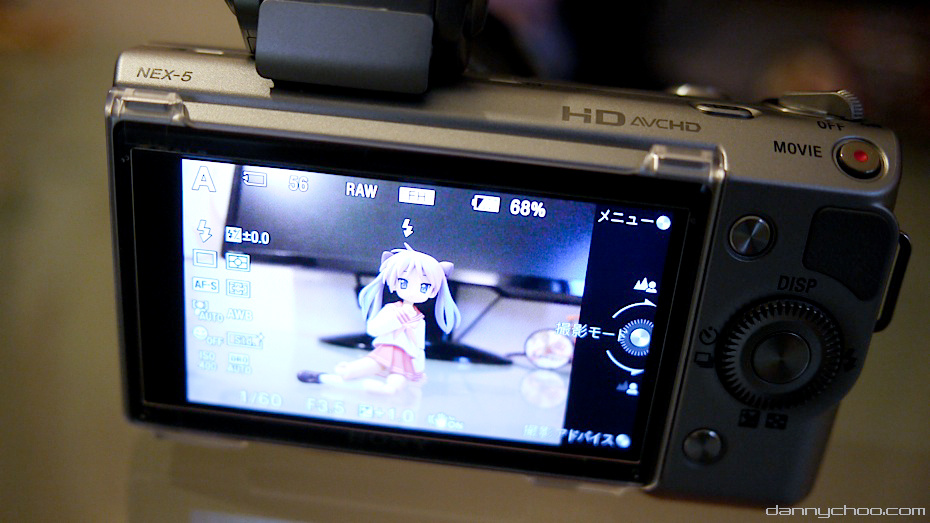 The screen at the back tilts back n forth so you can hold the camera up high to get a aerial shot up or a low-angler shot @.@

What camera are you using at the moment? 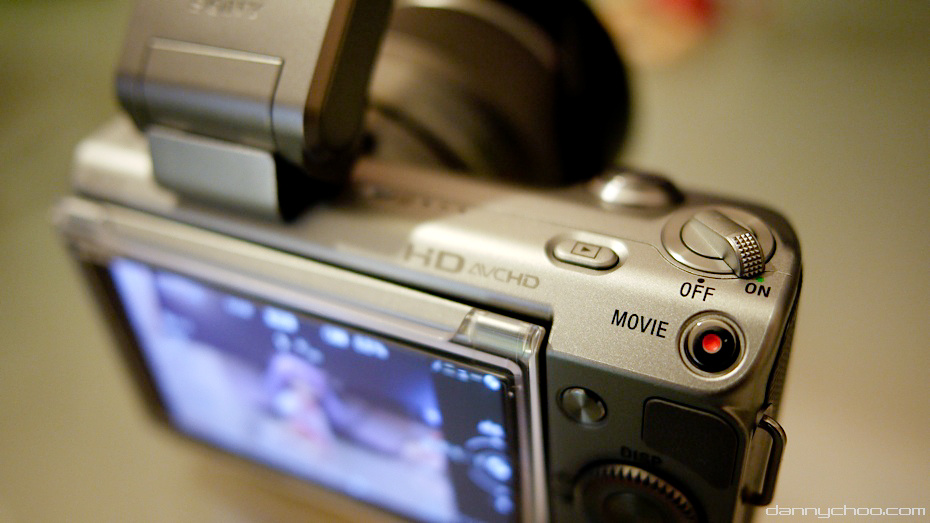 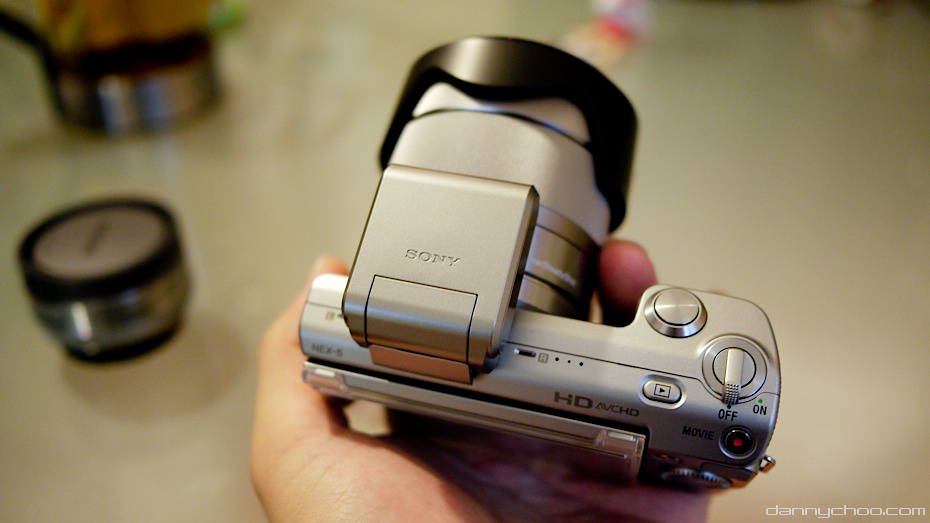 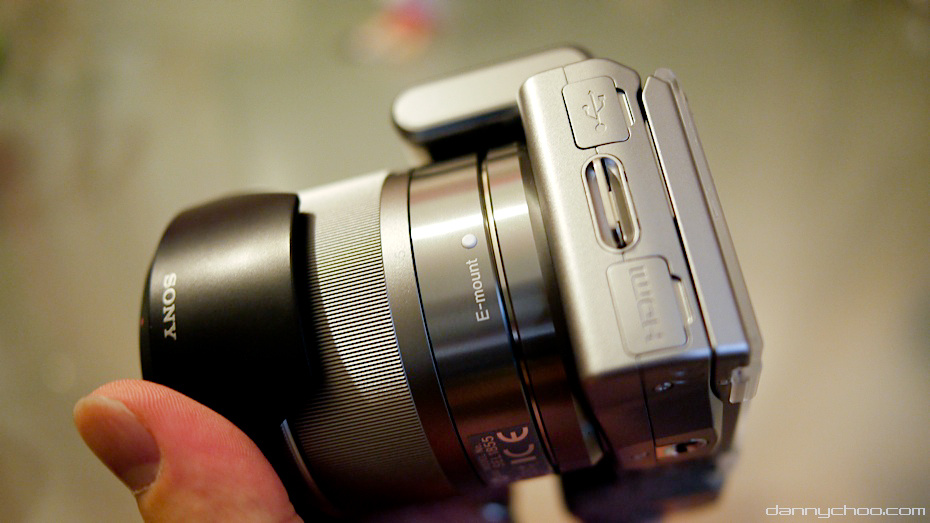 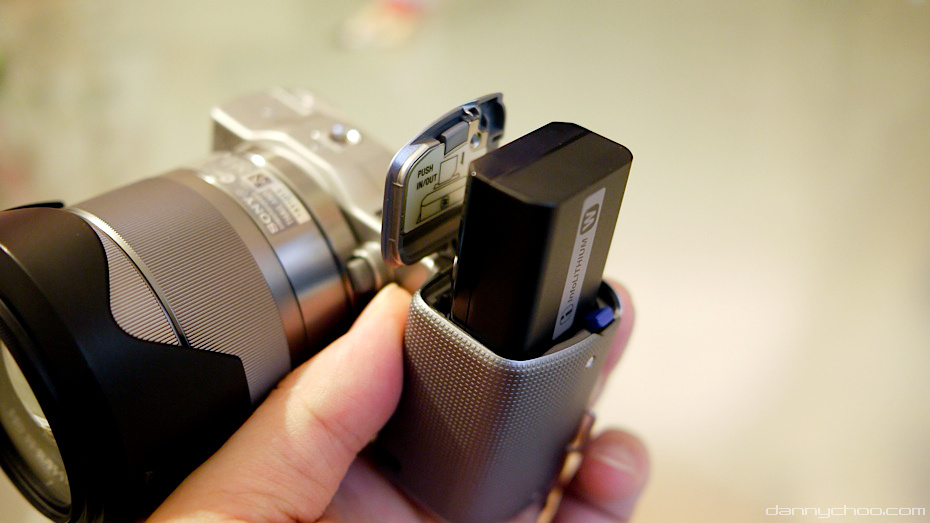 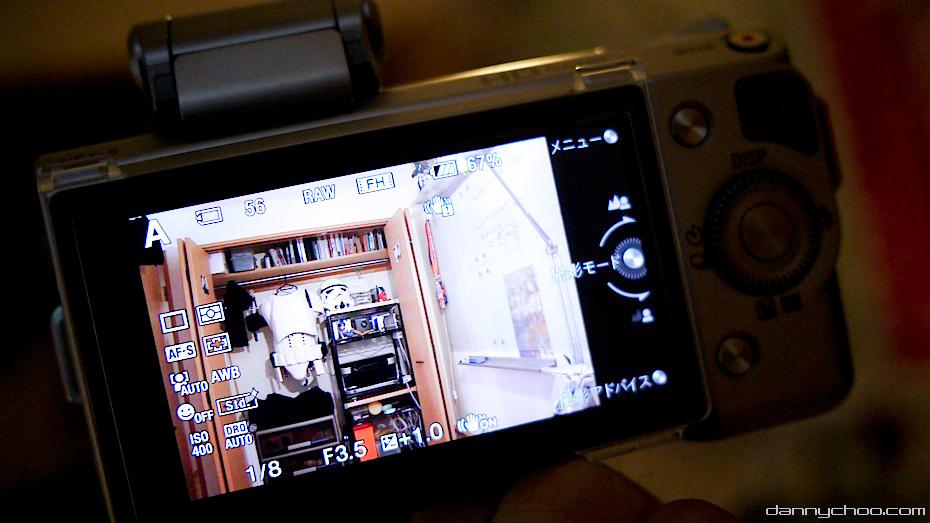 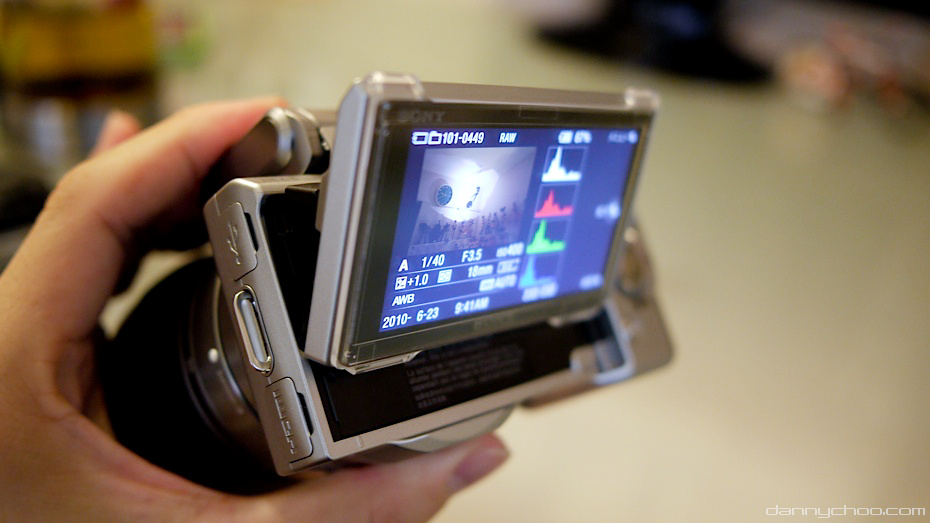 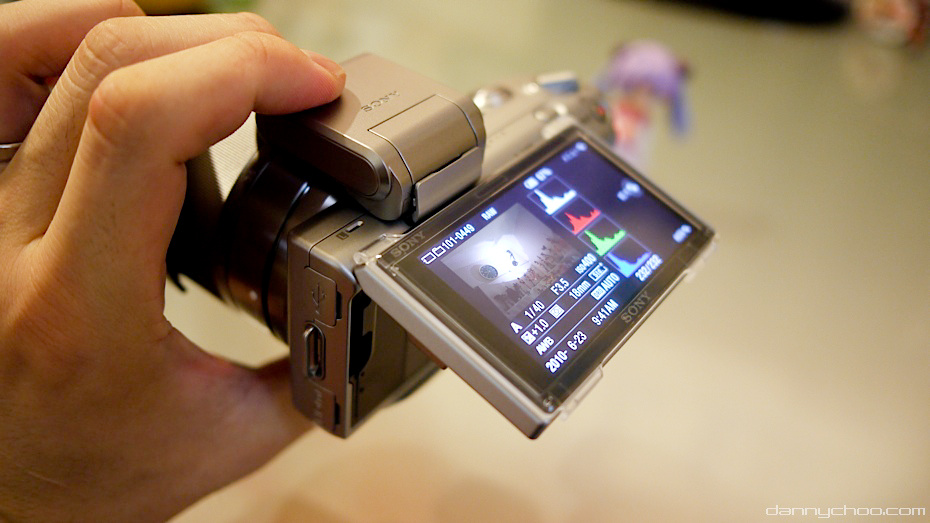 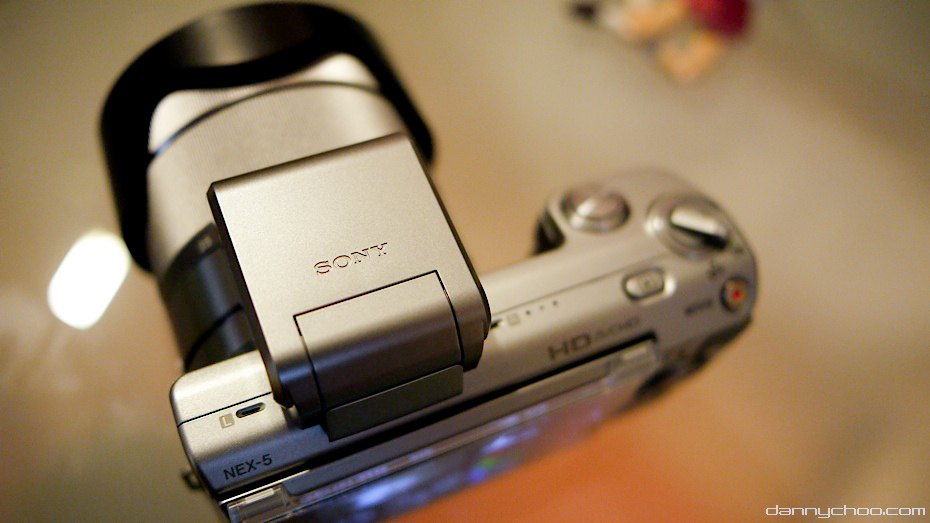