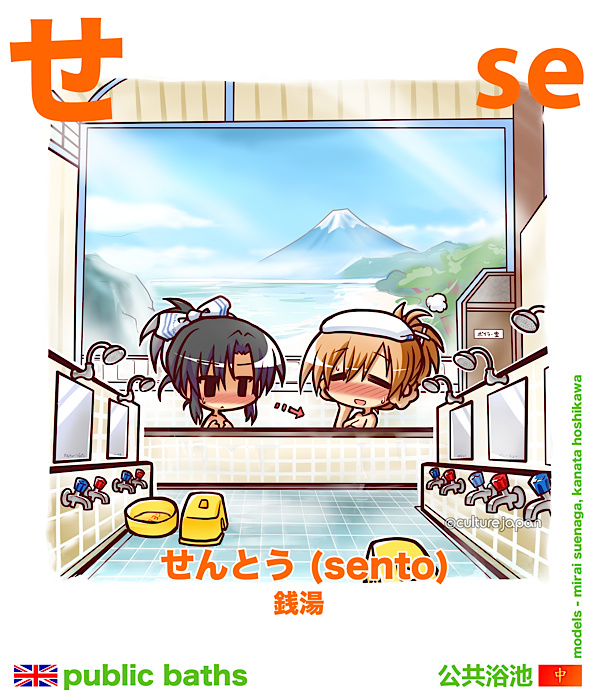 Ikkyu-san is just incredible. Today we see Mirai Suenaga and Kanata Hoshikawa relaxing in a "Sento" or "Public Bath". Kanata seems to be envious of the size of Mirai's assets...

Following on from the previous hiragana in this Moekana series which was す, today we learn "せ" (se). Today's word is "せんとう” (pronounced "sentoh") which means "public baths". Took a bunch of photos when filming at a public bath and will post....sometime I guess ^^;
The katakana equivalent of "せ" is "セ".

You can use this in a sentence like:-
Sento de senaka aratte ageru yo
せんとうで背中洗ってあげるよ
I'll wash your back at the public baths.

You can say this to your boss as a way for asking for a pay rise. Do you have a good looking boss?

Write out out "せ” 50 times on a bank note and try to use it to buy something later. 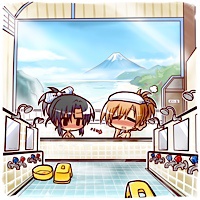