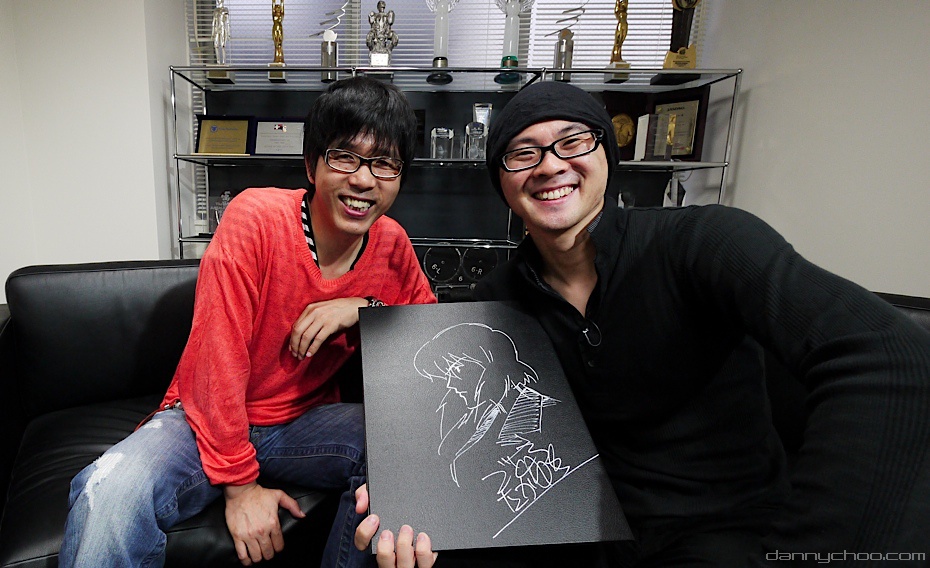 Filming for Culture Japan at the headquarters of Production IG with the President and CEO Mitsuhisa Ishikawa - the man responsible for bringing us historical titles like Patlabor, Ghost in the Shell and many other more that have influenced the lives of millions worldwide.

The interview took place at the end of the day where they let me take part in some of the animation production process which was a nice surprise. What surprised me the most though was that many of the directors previously watched the Chinka PV and said they loved it ^^;

Just wanted to quickly share with you a few words from Ishikawa-san during the interview.

Danny : Success entails journeys through stormy seas, what advice would you give to folks who are in the middle of sailing through one?
Ishikawa-san : Seize those rough times and treat them as a chance to further improve what you are doing. Those rough spots are essential for success.

Ishikawa-san is currently working on a huuuge project which he thinks that you will enjoy very much. Cant talk much about it now though ^^;

Rest of the interview and Production IG tour on Culture Japan soon. Tonights Culture Japan is on Tokyo MX TV from 22:30 and will also be broadcast across Asia on the Animax Asia Network. You can follow the conversation when the show is being broadcast by refreshing the #tokyomx Twitter tag.
Folks who want to know more about Culture Japan can get along to the Culture Japan feature page. 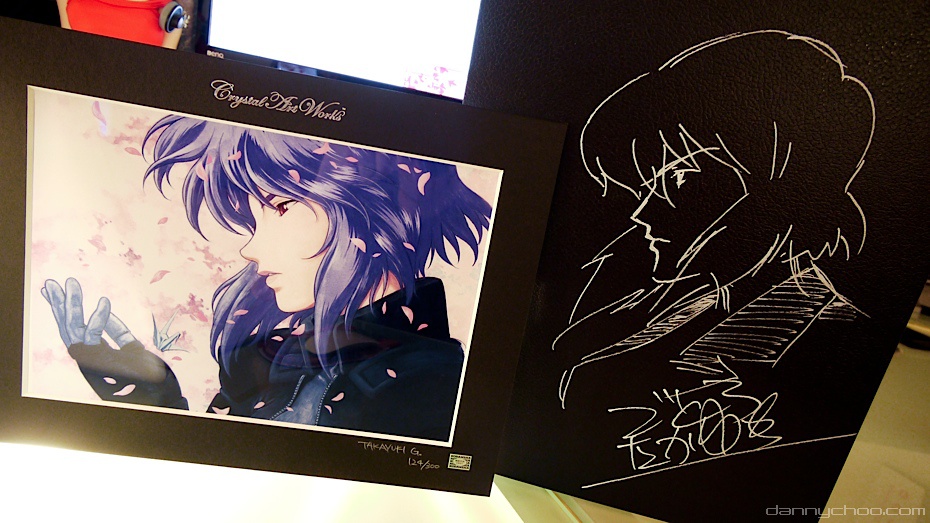 Before we left the IG offices, Ishikawa-san asked me to name my top 3 anime titles. Had no trouble naming my top two but was stuck on number 3.
1.Ghost in the Shell
2.Macross (Original movie)

As soon as I mentioned Ghost in the Shell however Ishikawa-san pulled out this artwork which they got Takayuki Goto to sign for me. Motokoooooooooo!
Thank you Ishikawa-san and everybody at Production IG - look forward to doing some cool stuff together in the future ^o^ 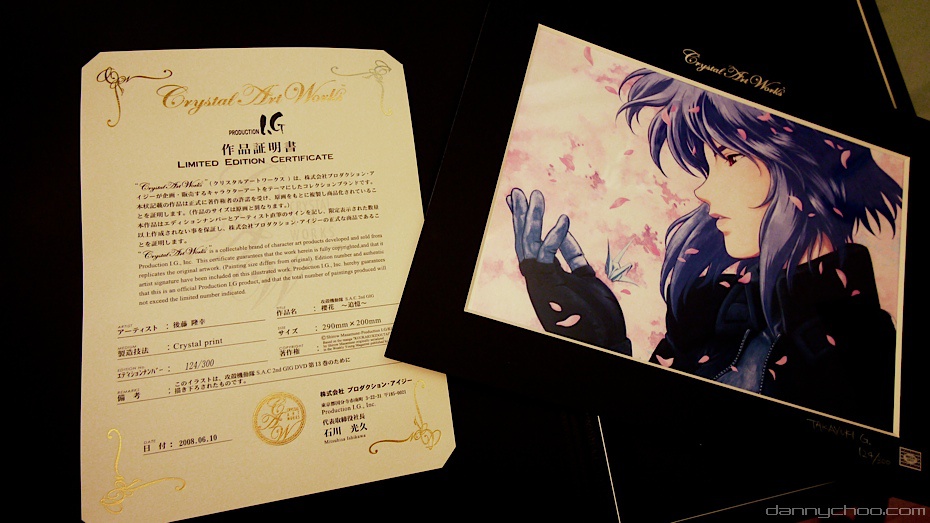 Production IG would love to hear what your fave IG title is and what you love about it. For me its their Ghost in the Shell series. Love the scifi theme, story, music and think Motoko is just gorgeous.