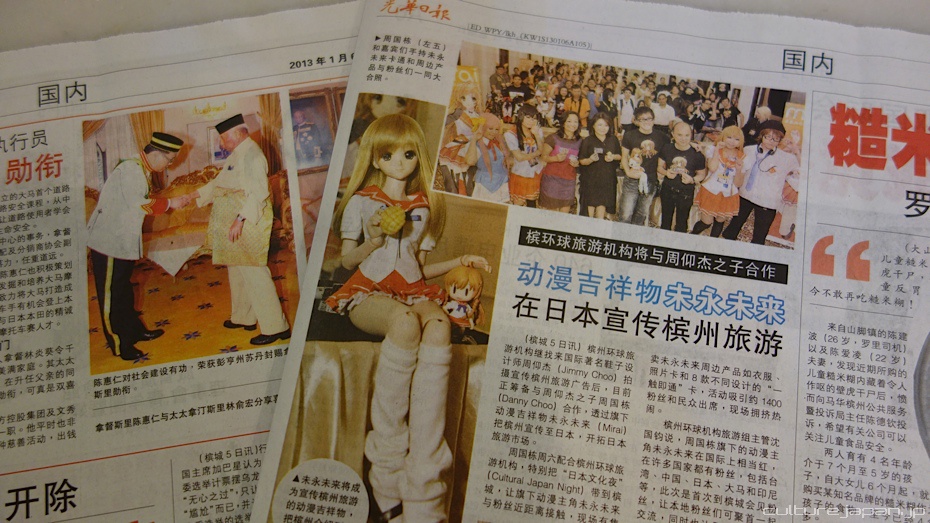 Todays newspaper features Culture Japan Night - which the newspaper called "Cultural Japan Night ^^; They also used the wrong Chinese characters for "Suenaga" they used - "未" instead of "末" - but I've fixed the Search Engine Optimization so that queries redirect to Mirai's page (phew) ^^;
If you are learning Japanese then its a common mistake to get these kanji mixed up just because of the length of the two strokes.

CJ Night Penang was the biggest ever in terms of attendance - was awesome fun! Will upload photos of the event later. 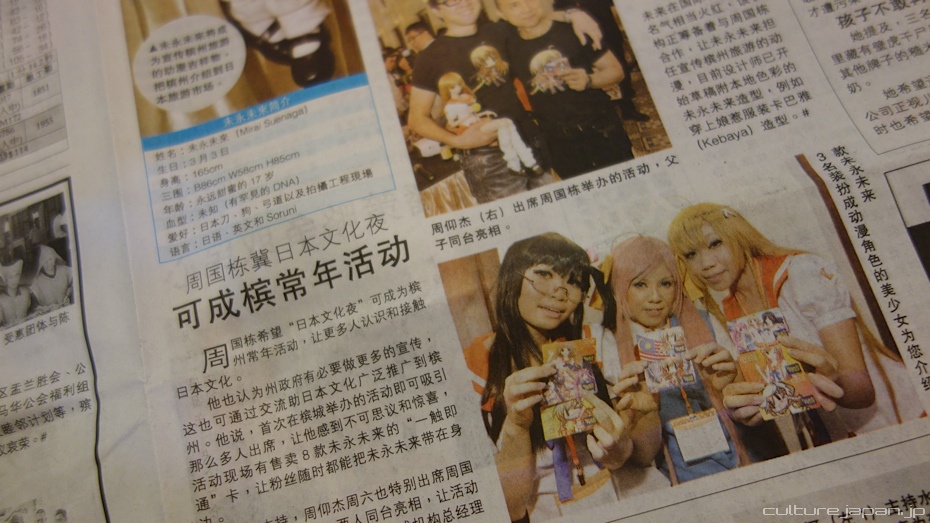 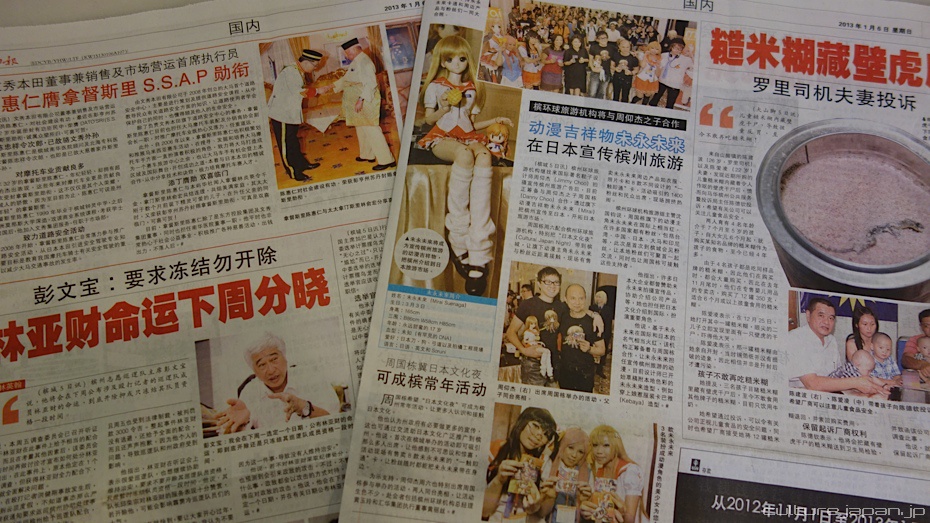 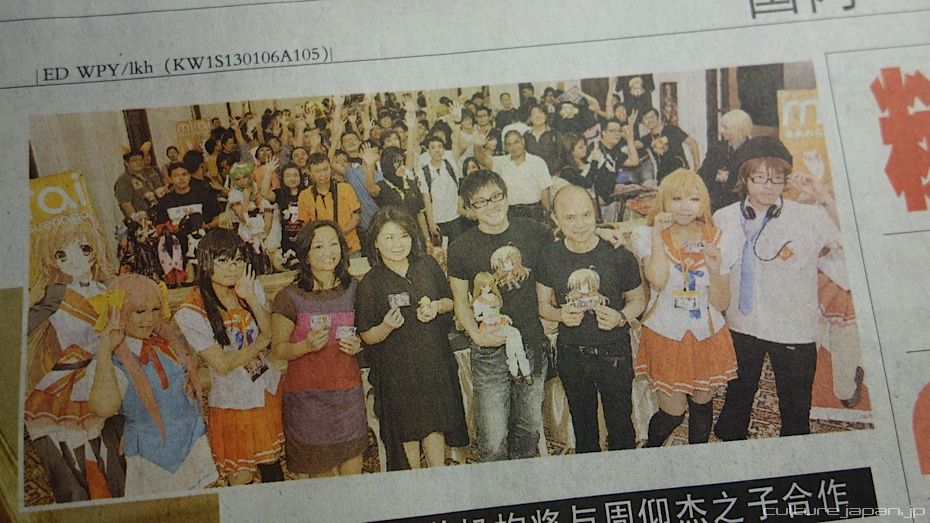 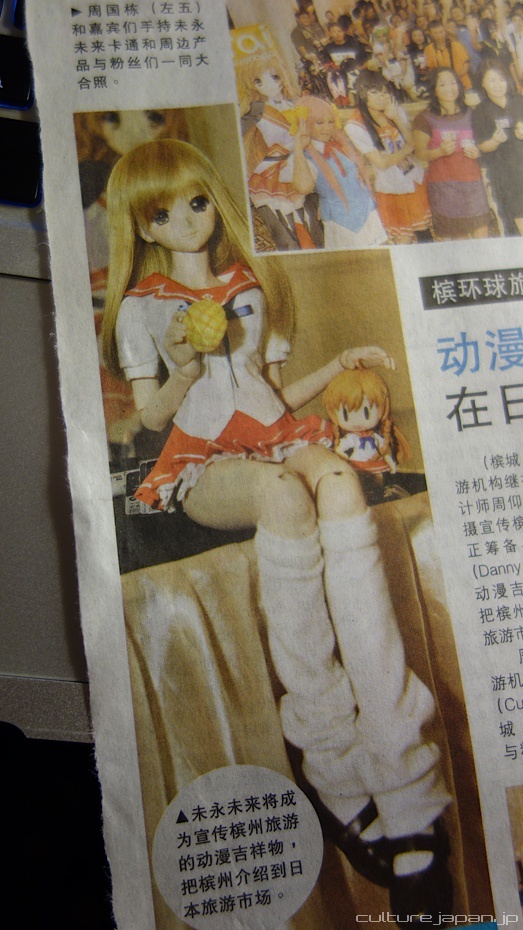