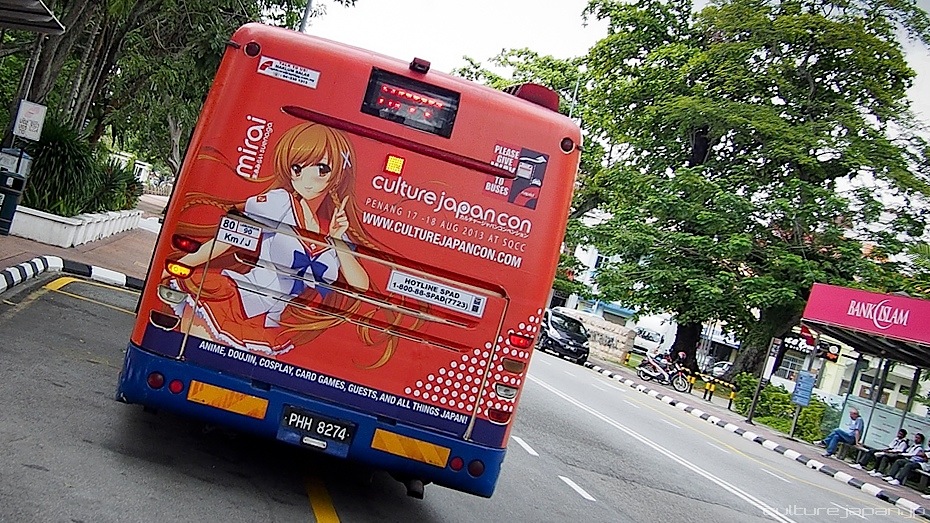 There have been a load of Mirai Suenaga Ita-vehicles so far - Itasha, Itachari and Ita-plane! Today we add another vehicle to the mix - Ita-bus!

Currently running on the streets of Penang in Malaysia is a Mirai-chan Ita-bus promoting Culture Japan Convention - Anime, Games, Cosplay, Doujin and guests from Japan which include voice actress Asakawa Yuu ^o^ 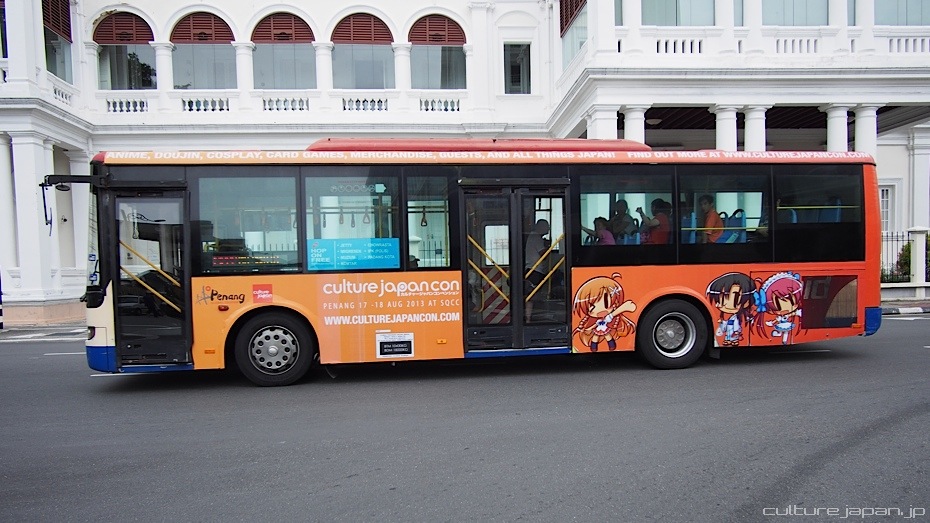 We wanted to plaster the windows too but was told that we could only work with the bottom half of the bus ^^; 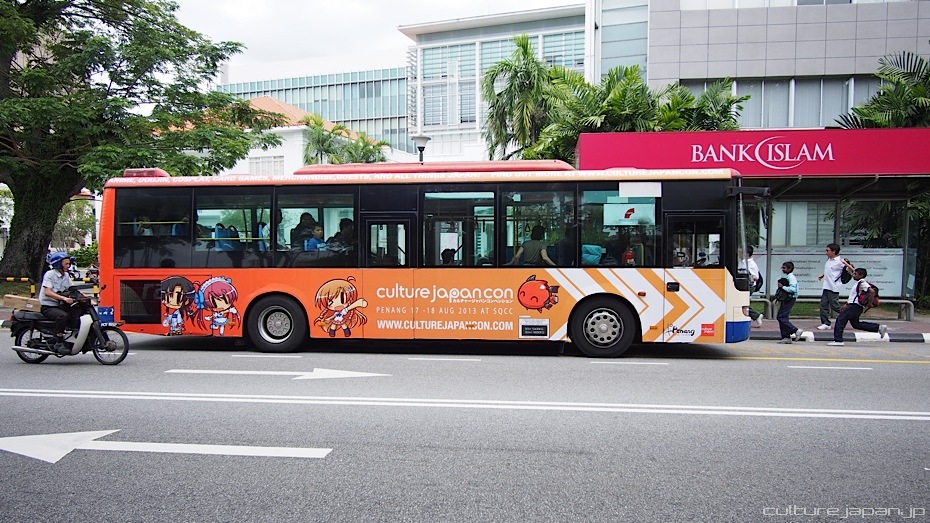 If you see the busses and manage to take a photo then it is said that it will be life long good fung shui for you. 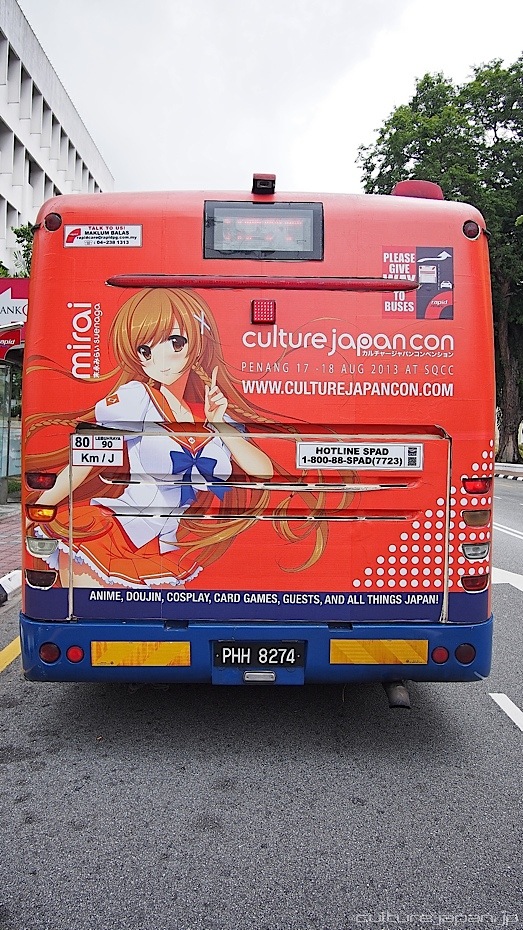 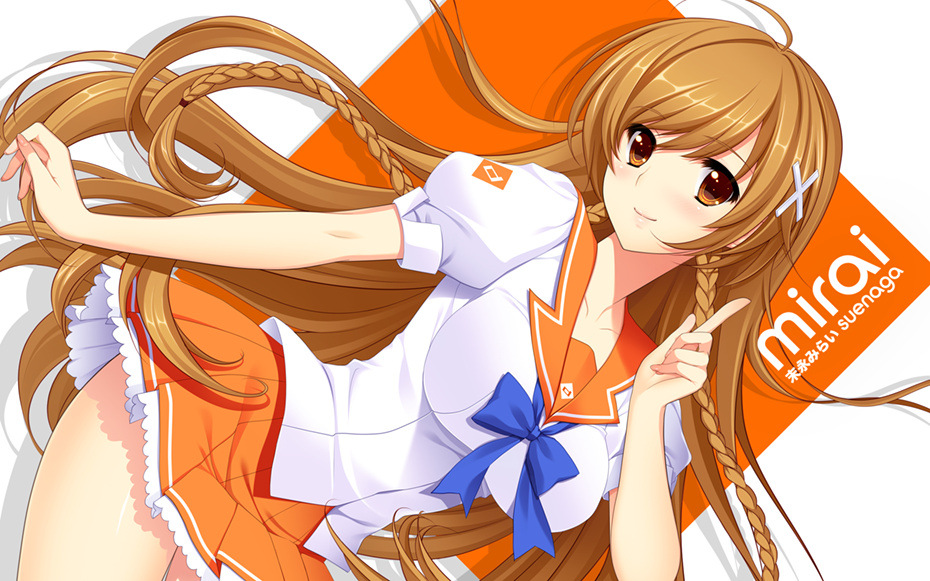 The illustration on the back of the bus is by Koizumi Amane-sensei - the high res wallpapers and Photoshop files live in this post for you to make your own goodies. 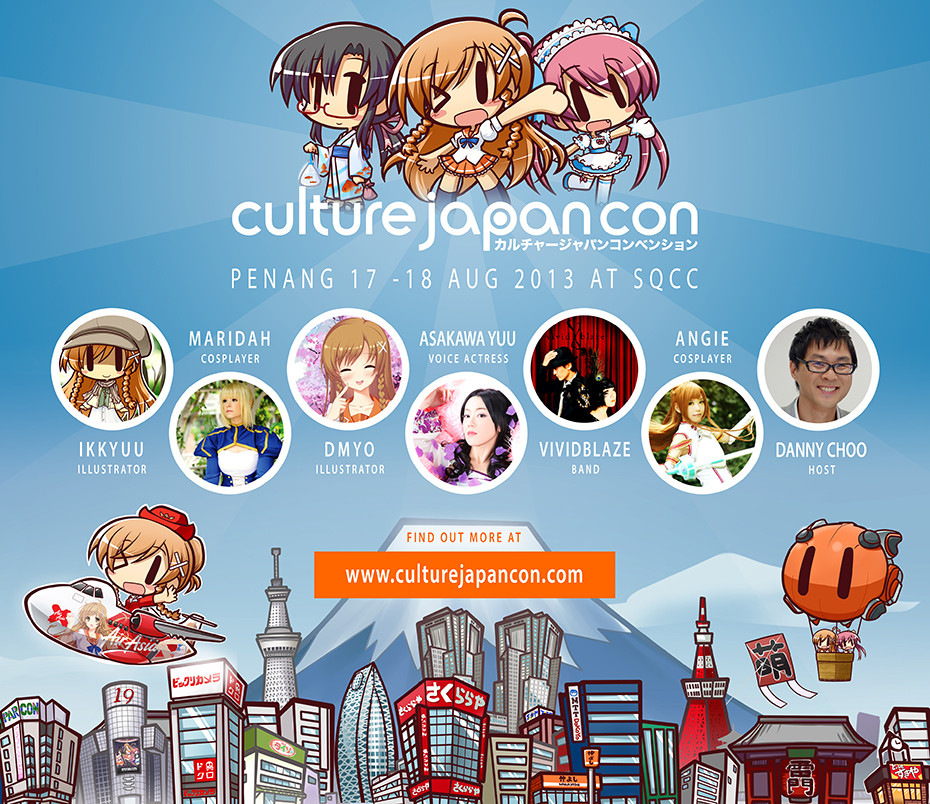