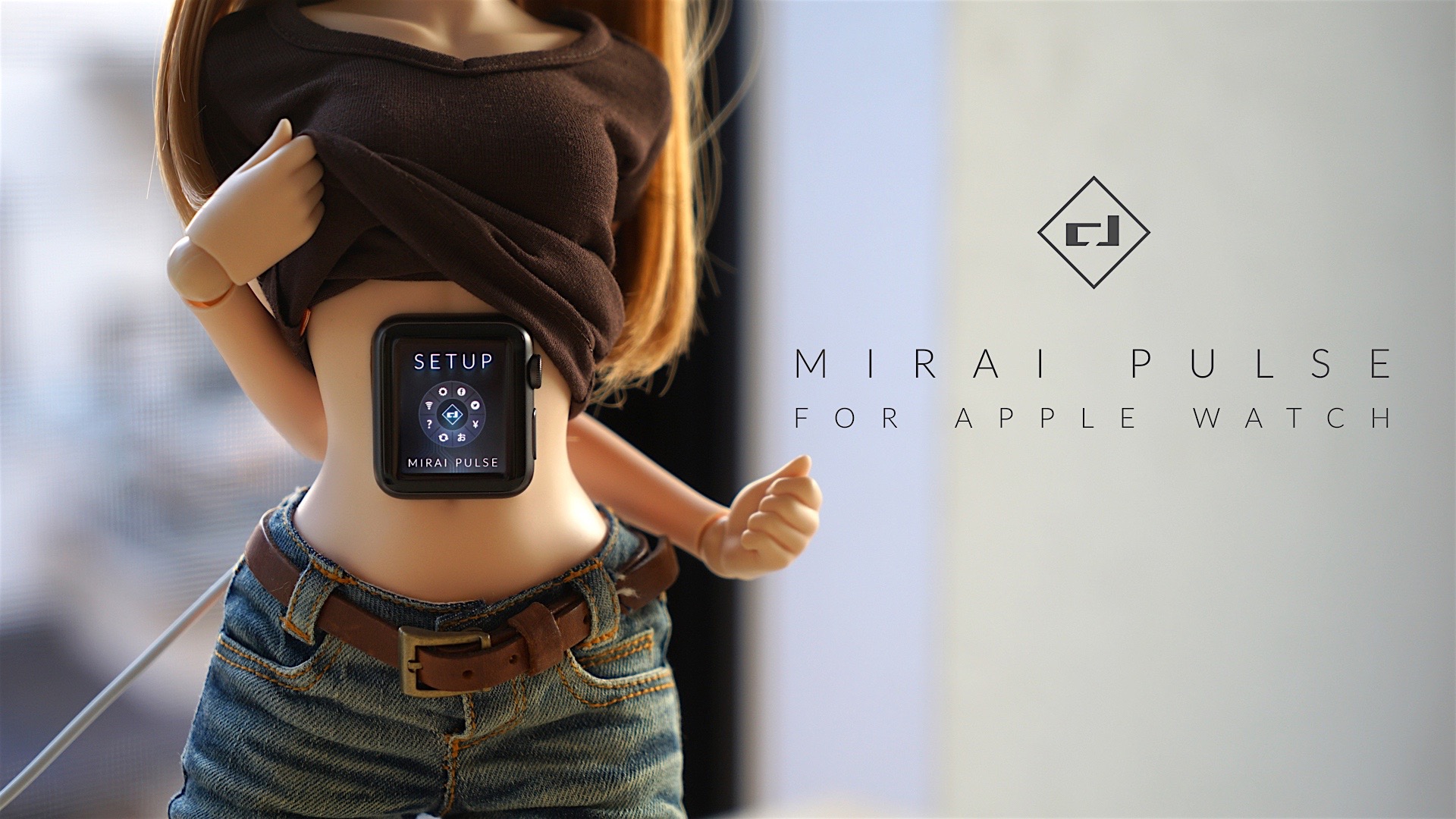 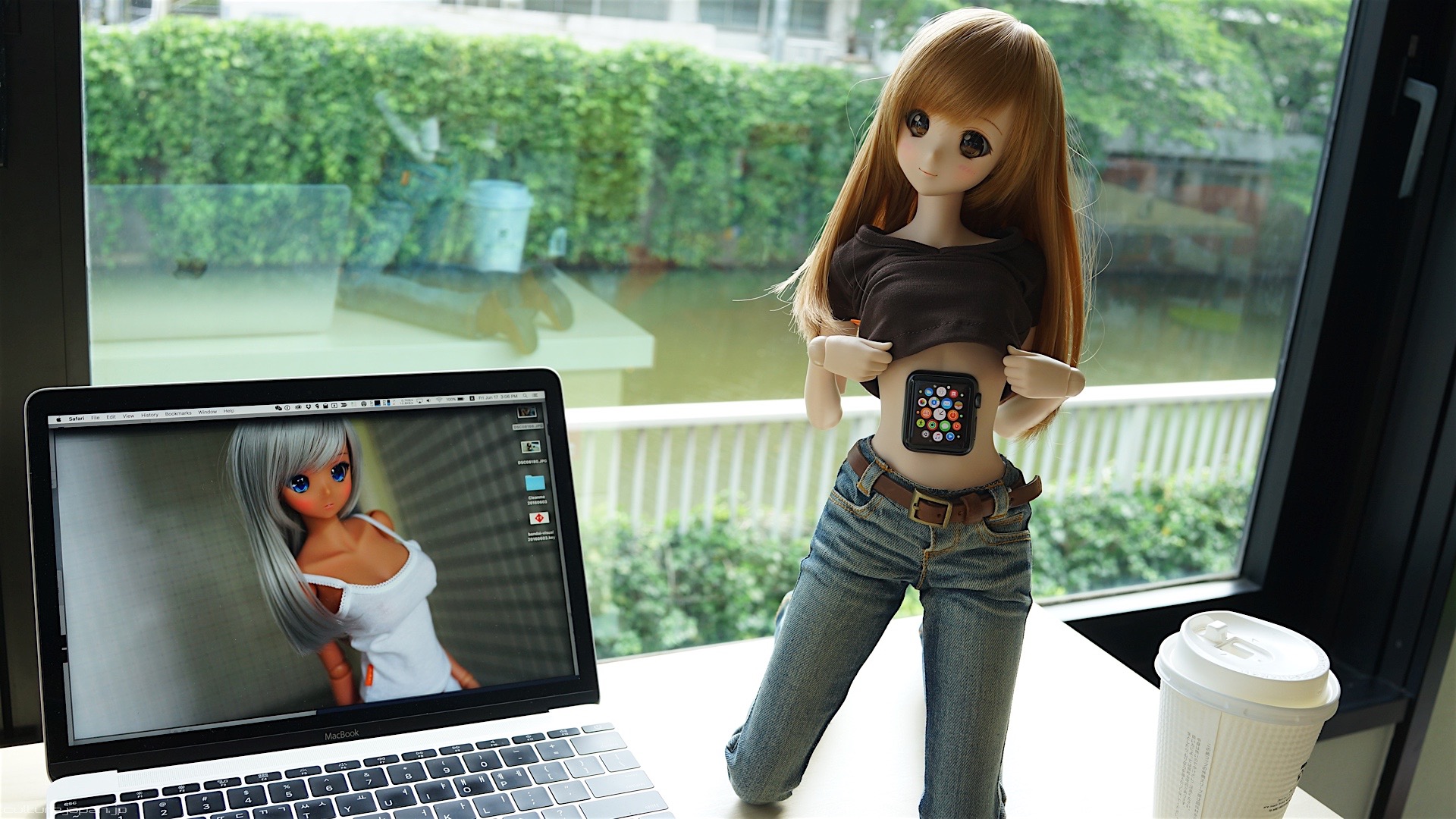 Up until now there has never been an Apple Watch charging dock for folks who appreciate Japanese culture and cute things - Mirai Pulse changes this first world problem.

I picked up the Apple Watch after watching the Keynote on WatchOS 3 and decided to get one. After playing around with it for a while and thinking about the Smart Watch market, I saw a trend where the manufacturers are mostly marketing their wearable machines as a health device. 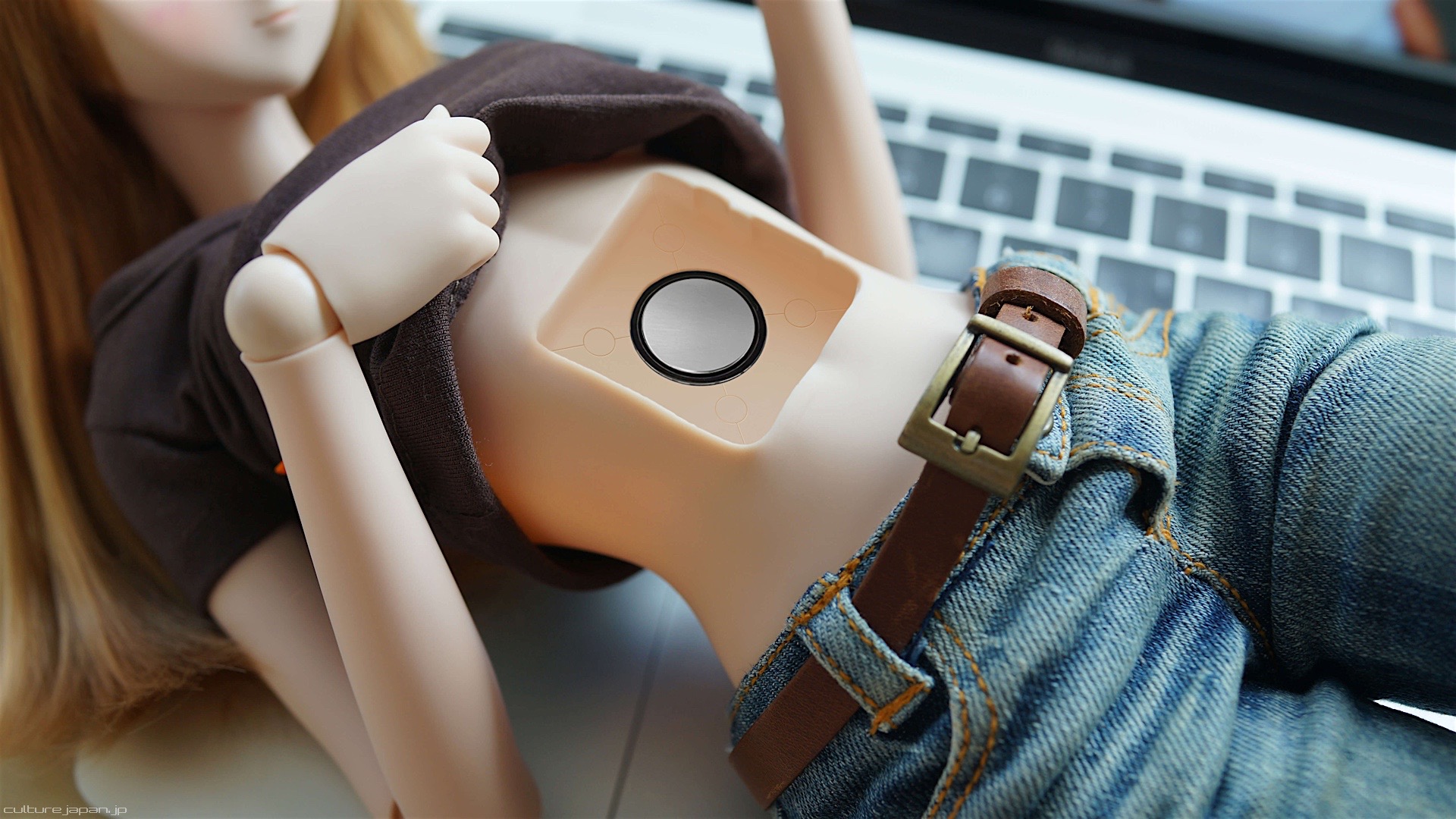 Smart Gear is a series of add-ons for Smart Doll that give them the Smart functionality - the Apple Watch Charging Torso add-on for Smart Doll is the first time we have made a new Slush Casting mold in the series. The Magnetic Charging Cable that comes with Apple Watch slots into the torso on the inside. The magnetic pull keeps Apple Watch securely in place. All you have to then do is to swap out the torso with the one on Smart Doll.

The first prototype we made is for the 38mm Apple Watch but will be looking at how to make it 42mm compatible. Will probably end up with two torso types as I don't want to use those one-size-fits-all brackets. 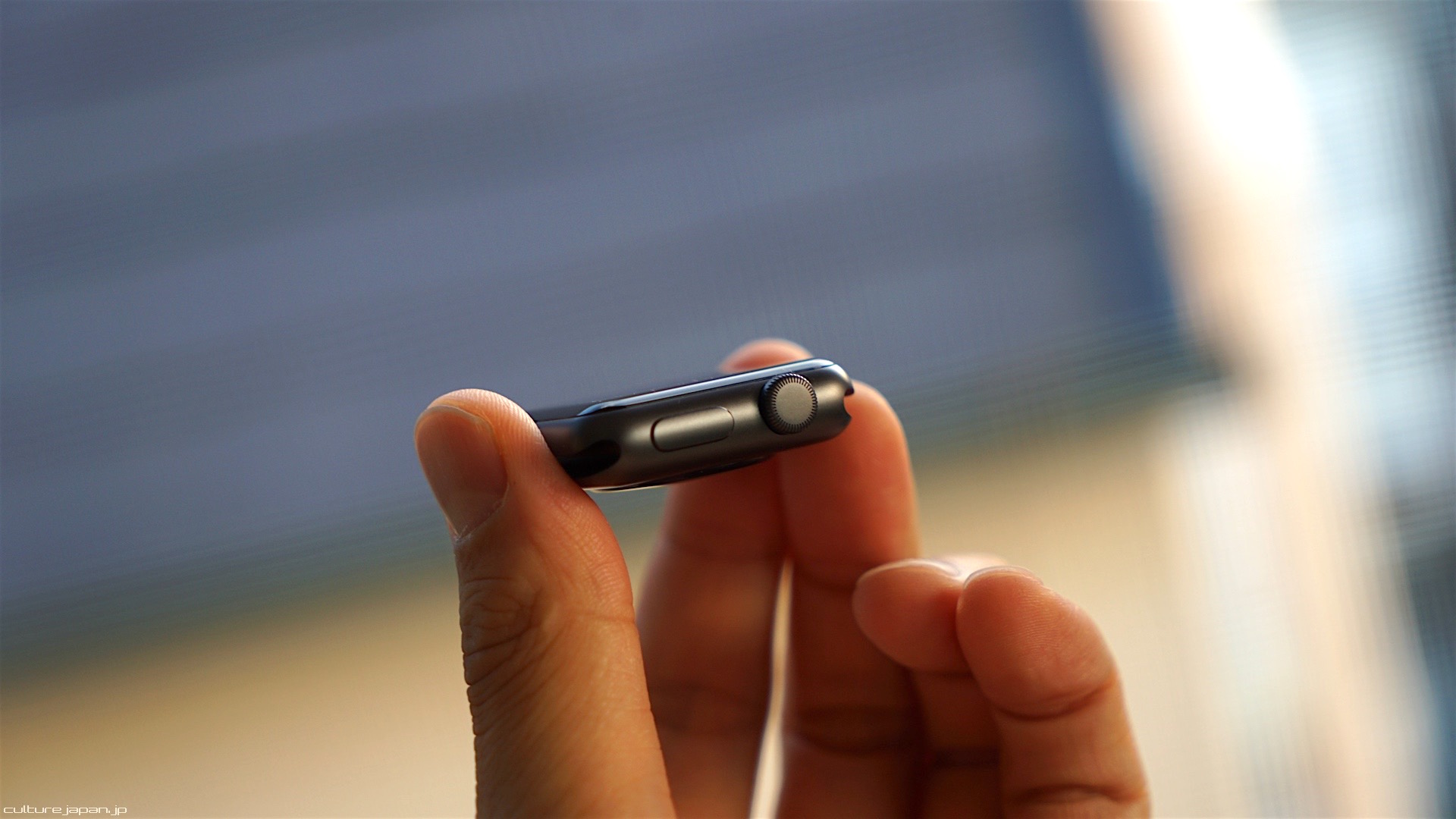 This is what the side of the Apple Watch looks like. As it was important to have the Crown and Side Button accessible, only half of the watch is embedded into the torso. 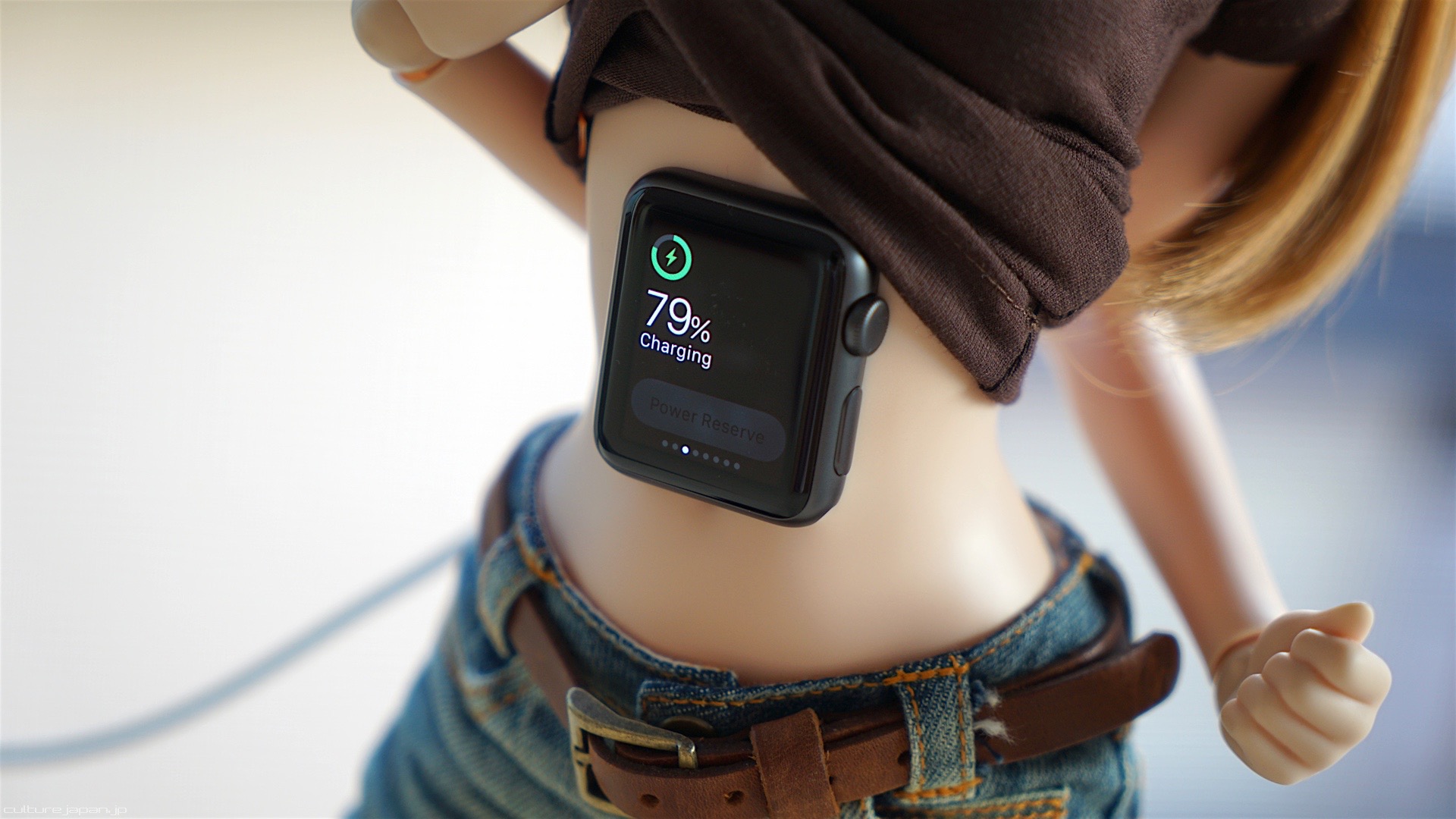 Apple Watch in the middle of being charged. 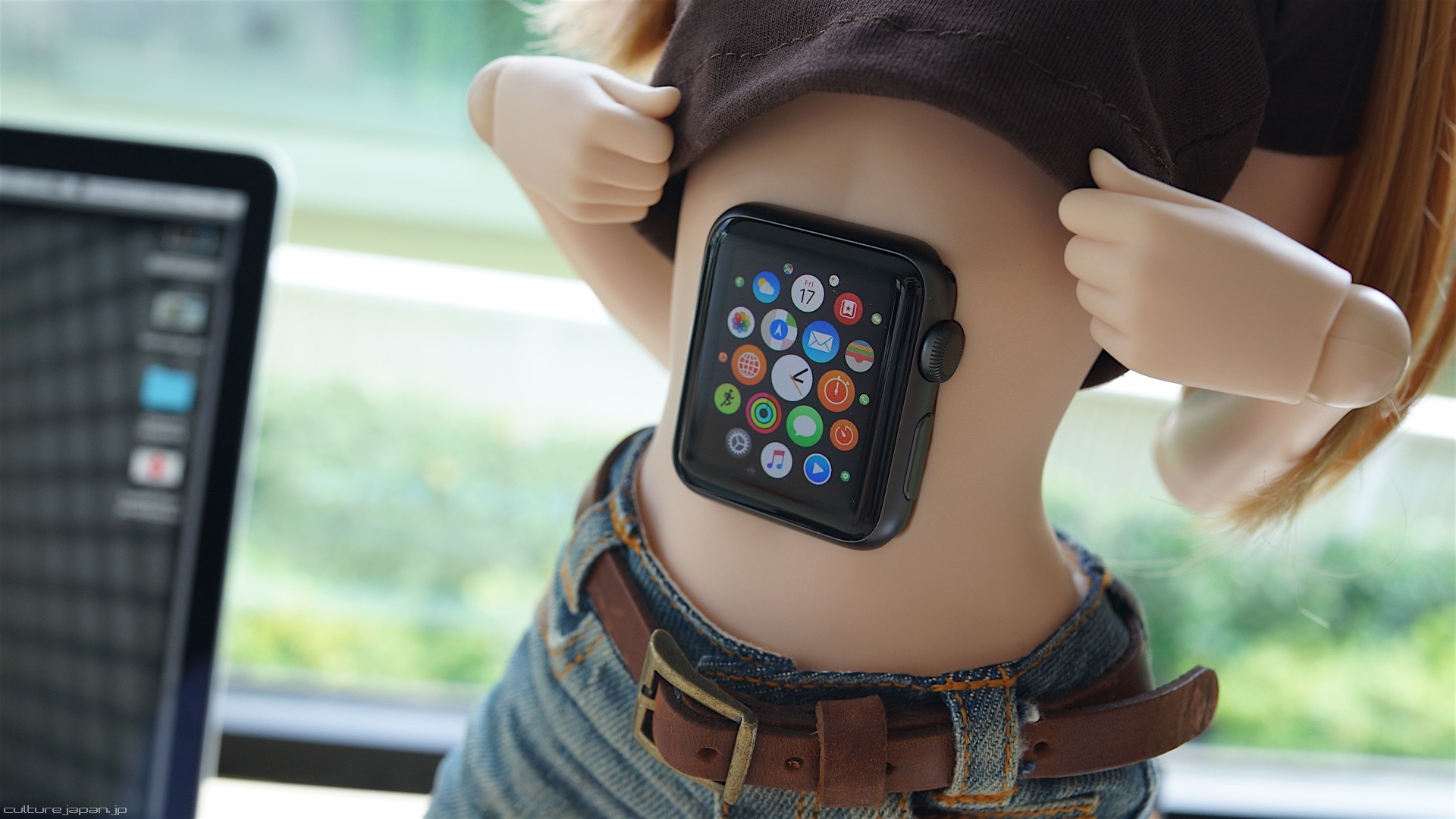 This is the default app screen and all functionality available through the fully exposed Crown and Side Button. 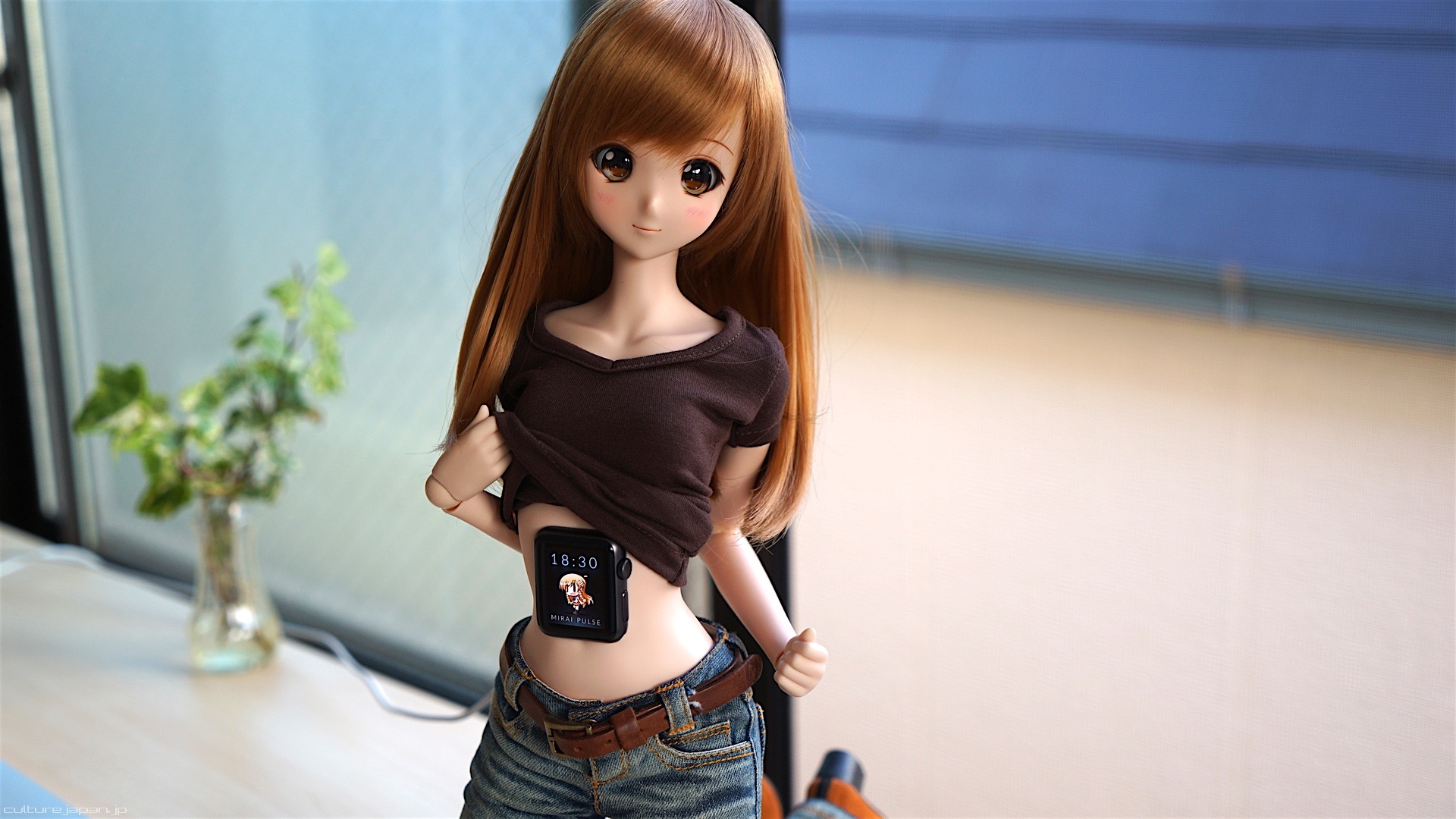 I recently introduced the concept of Miraicon - the term for turning a Smart Doll into a computer by inserting an Android or PC stick into the torso. While this is great - the external monitor, keyboard and mouse is not ideal for folks who want a Miraicon On the Move (MOM). 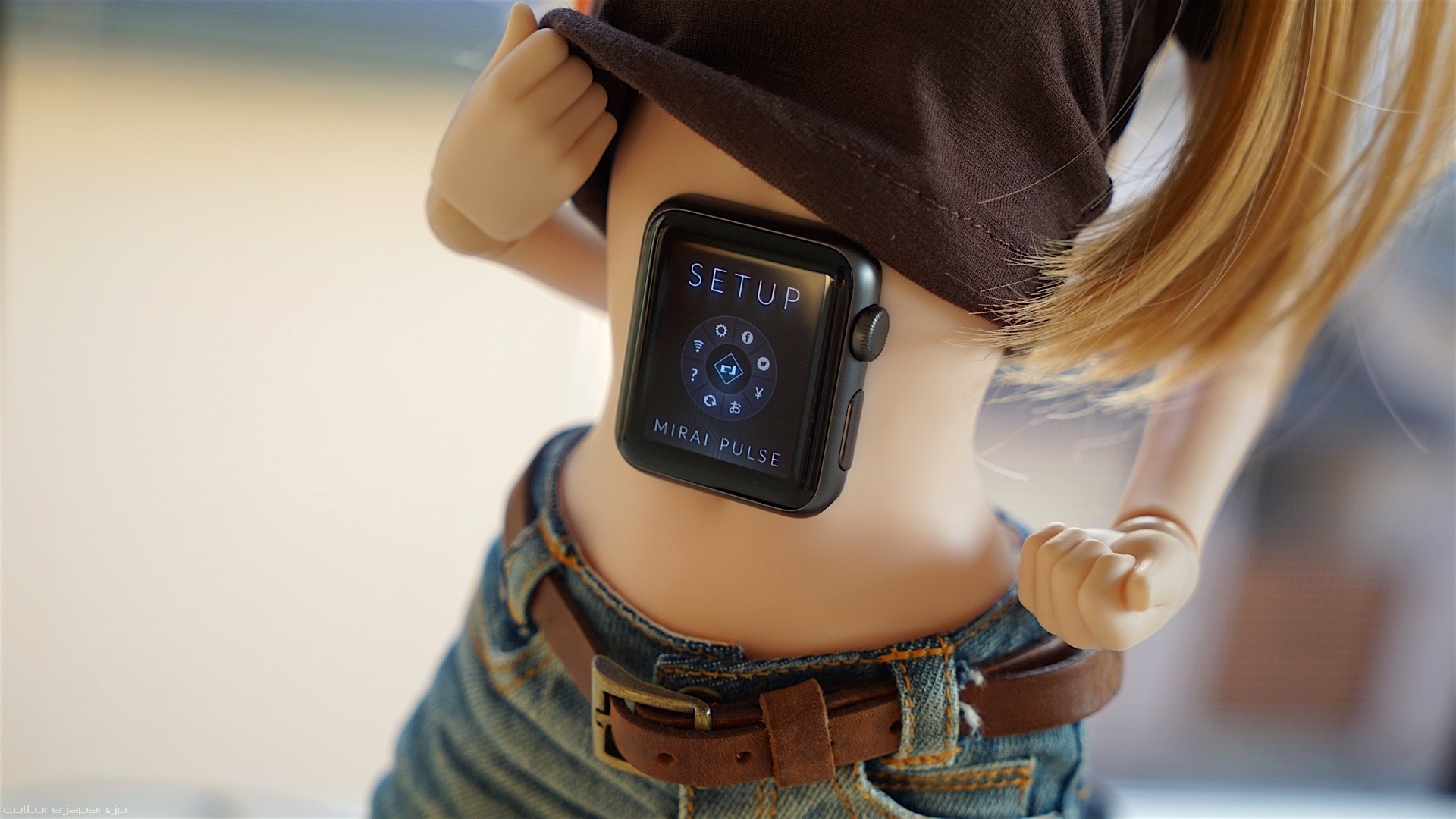 We are in the middle of making an App for Mirai Pulse which gives you functionality specific to Smart Doll. This is the Home Screen which gives you access to various settings. 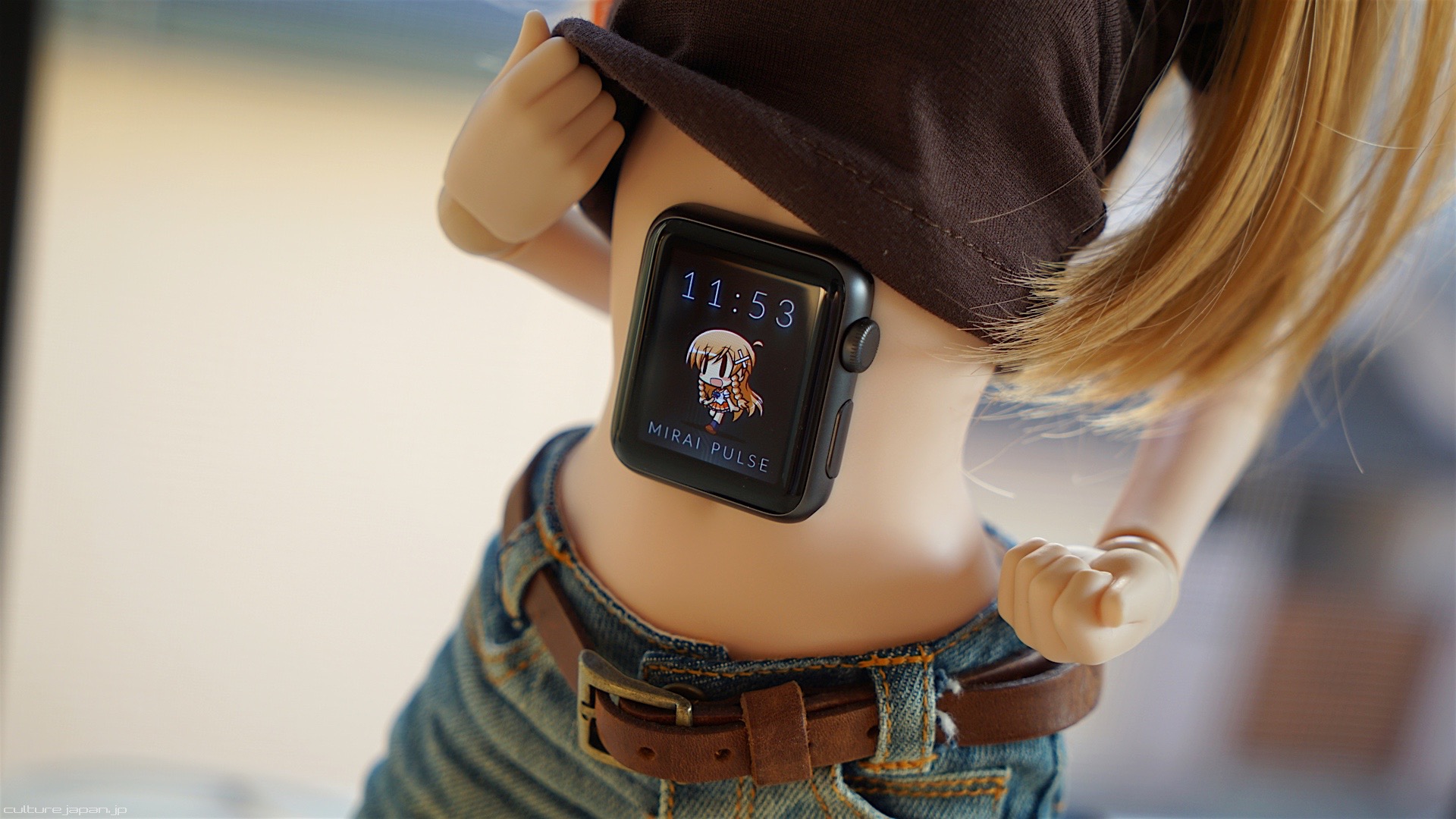 This is the Mirai Pulse clock. I'm currently digging through the developer docs to see if there is a way to keep the screen always on in WatchOS 3. 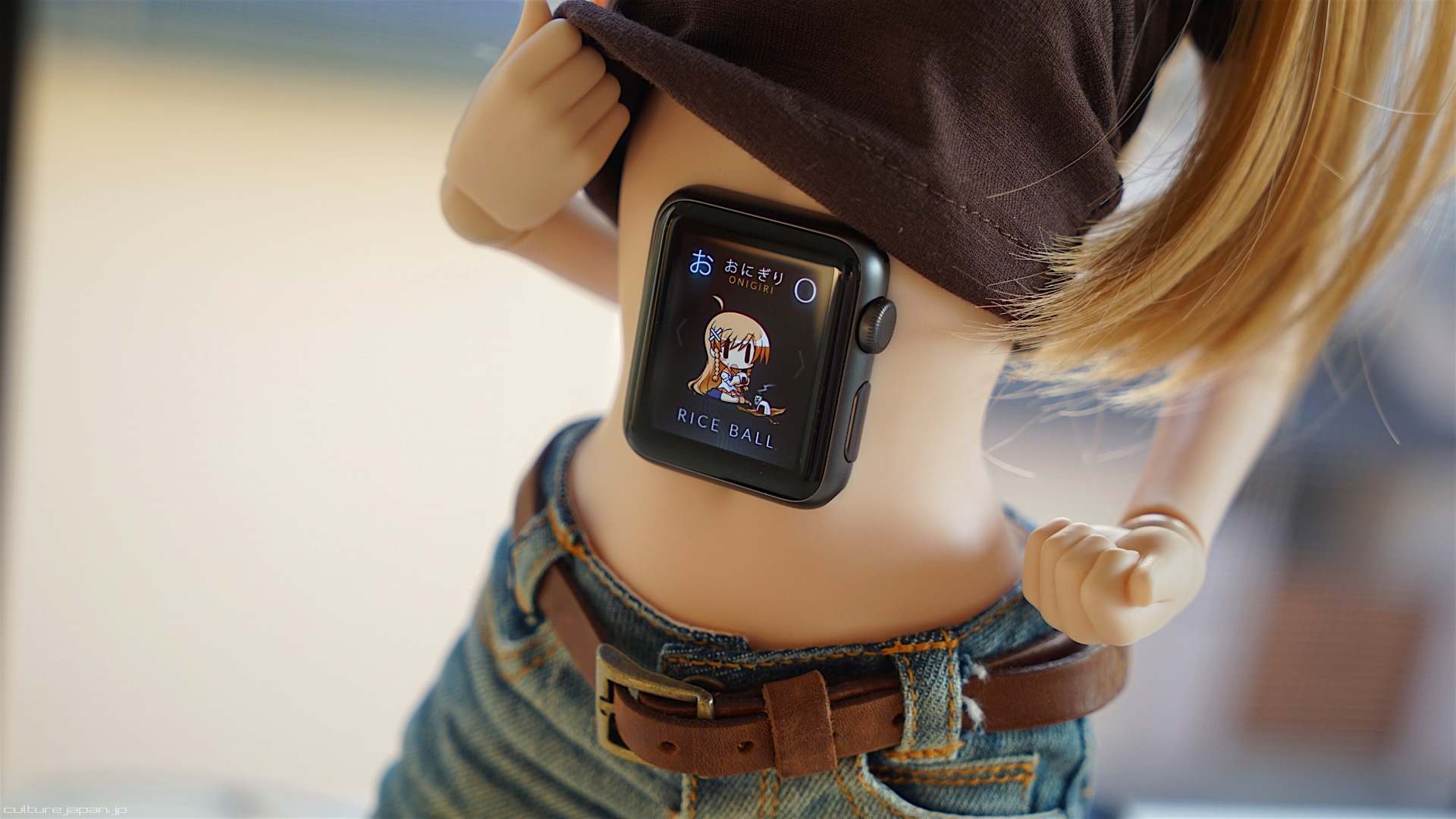 There is a function to teach you Hiragana, Katakana and some Kanji too which Mirai will read out to you - very similar to the learning cards Moekana and Moekanji. 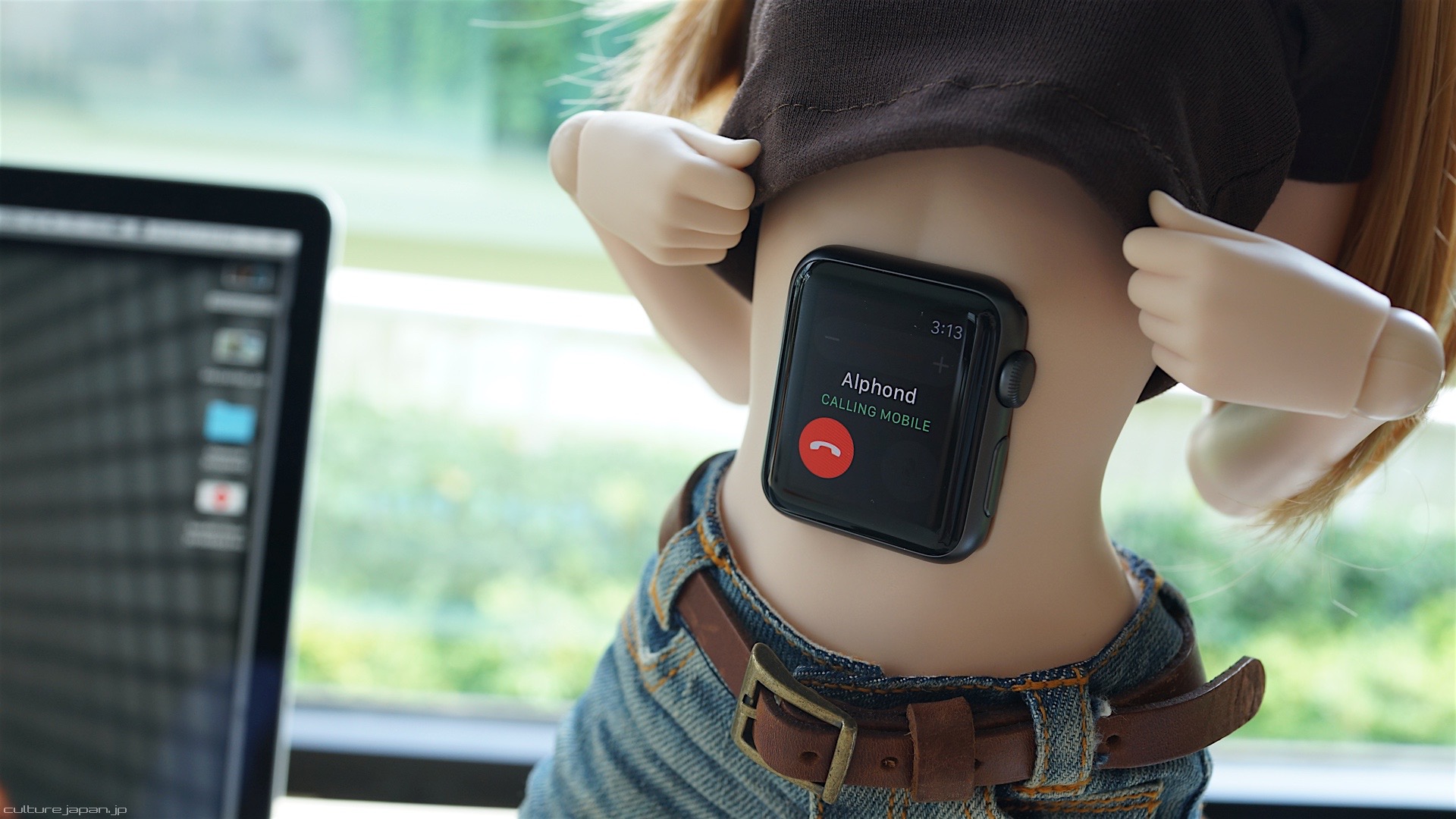 You can make phone calls through Apple Watch which means... 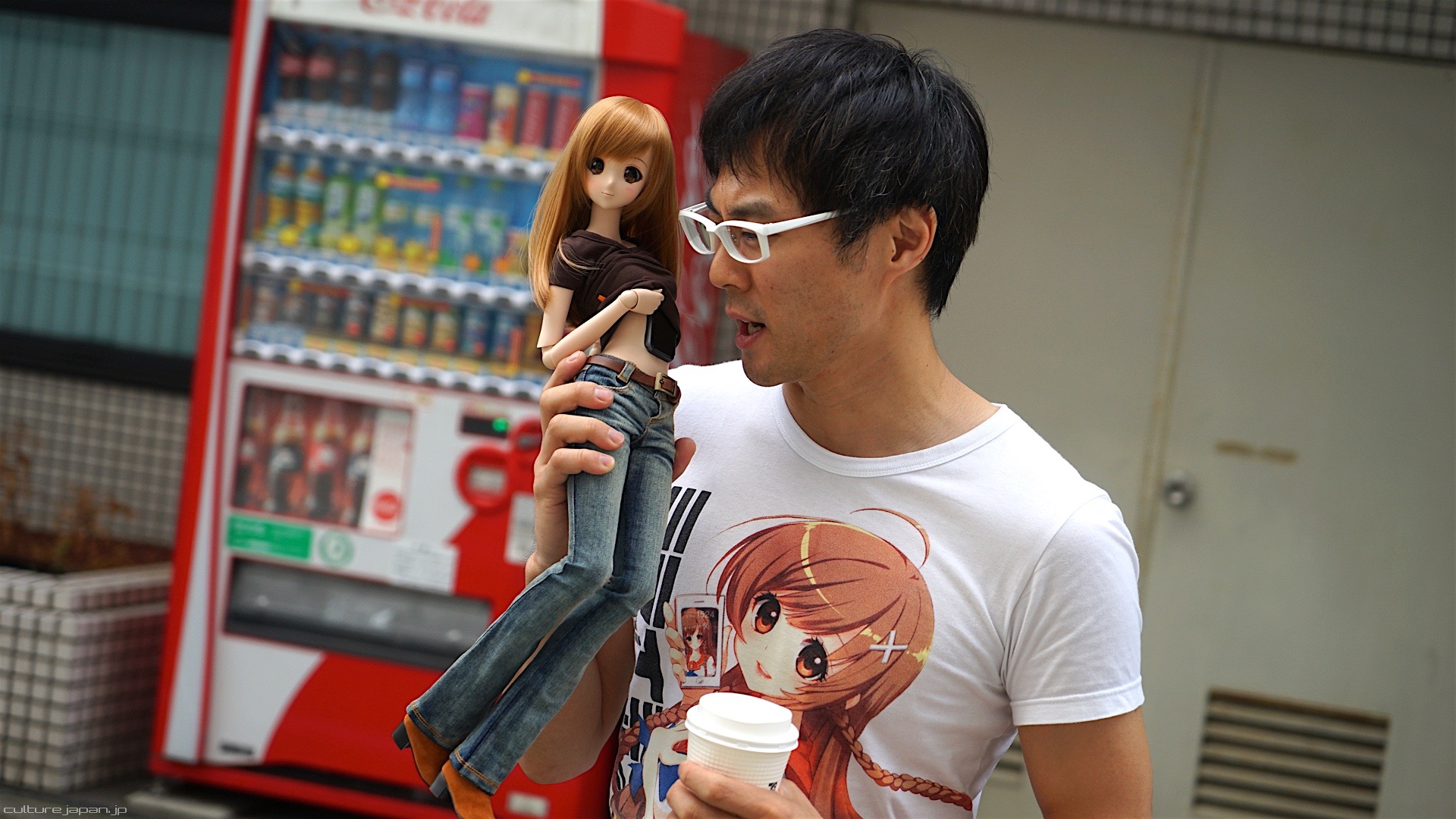 This is the future of making calls that will be seen on subways and streets of the world. Soon. 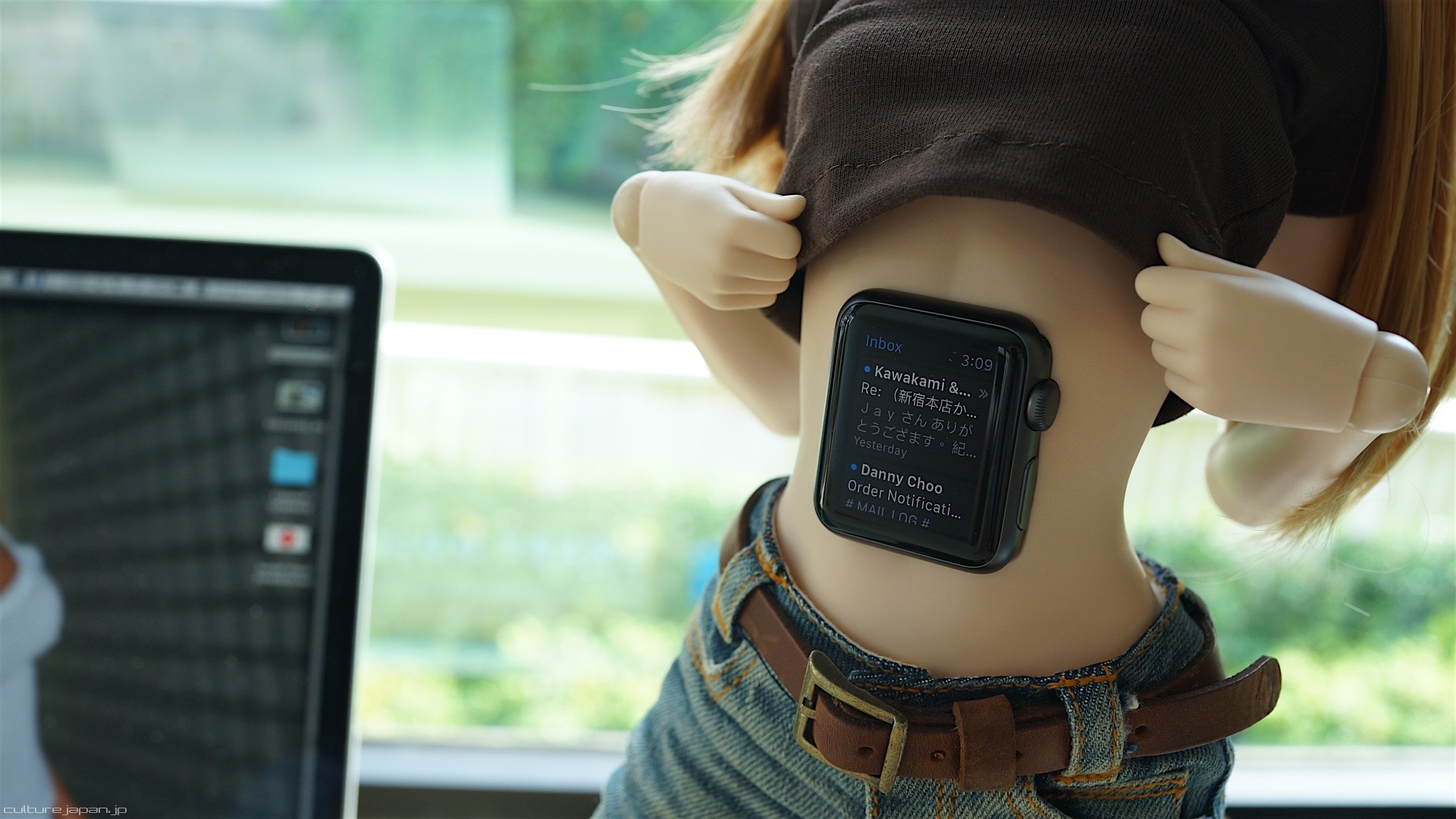 With Apple Watch you can check your mail and threats to leave donuts on your doorstep. 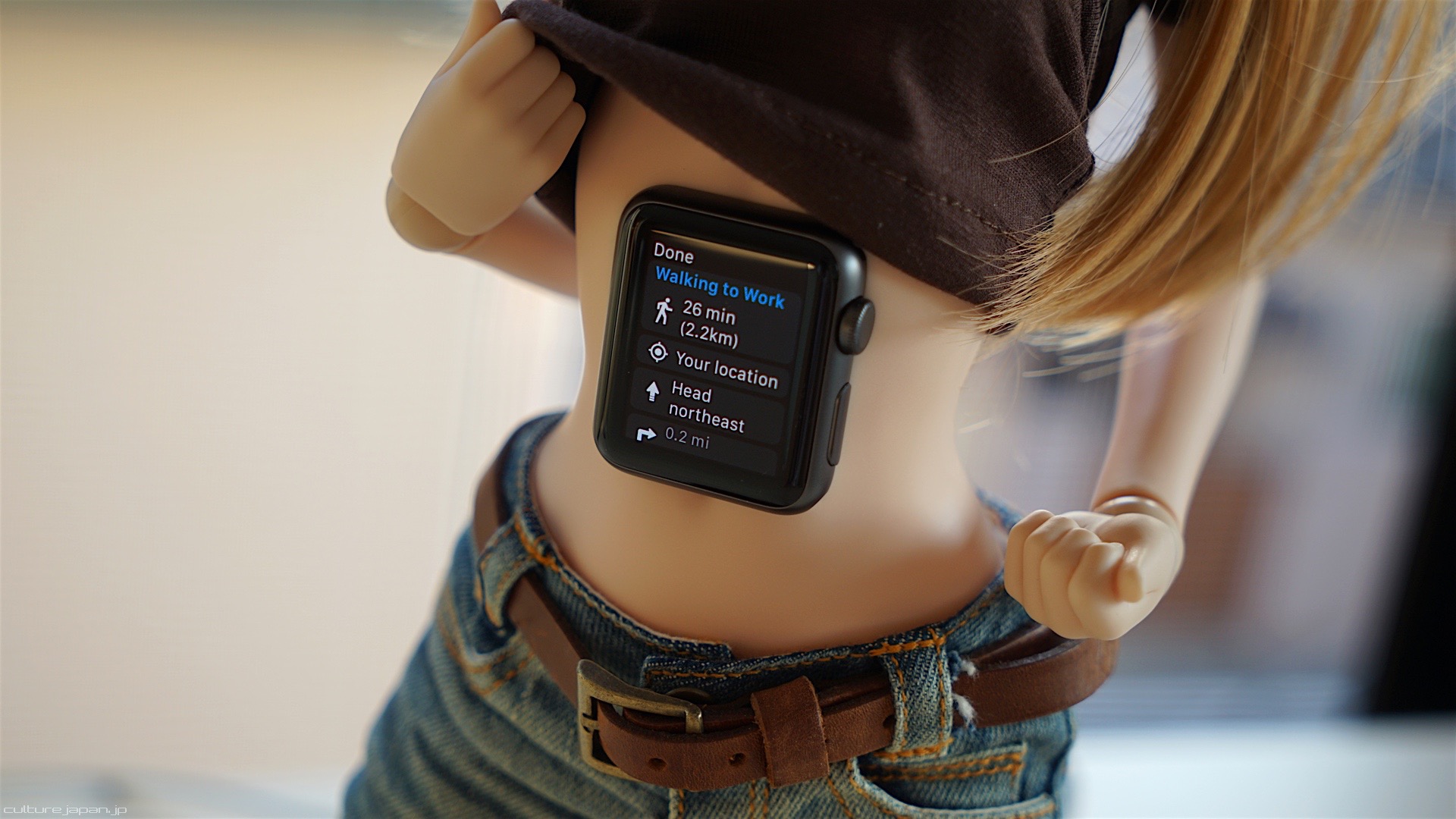 You can also have Smart Doll sit in your car giving you driving instructions too with Google Maps. 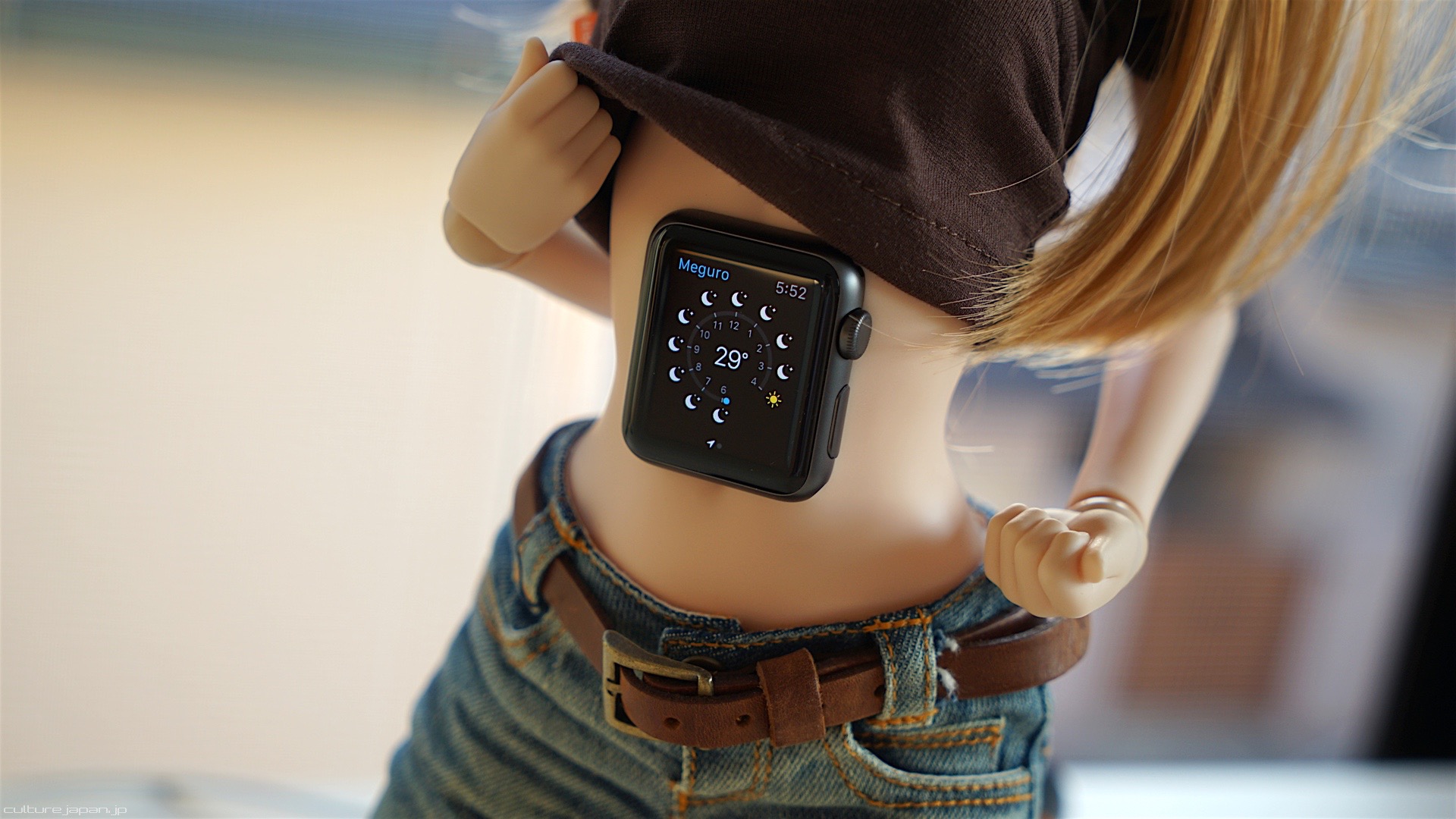 I really like the design of the default weather app. 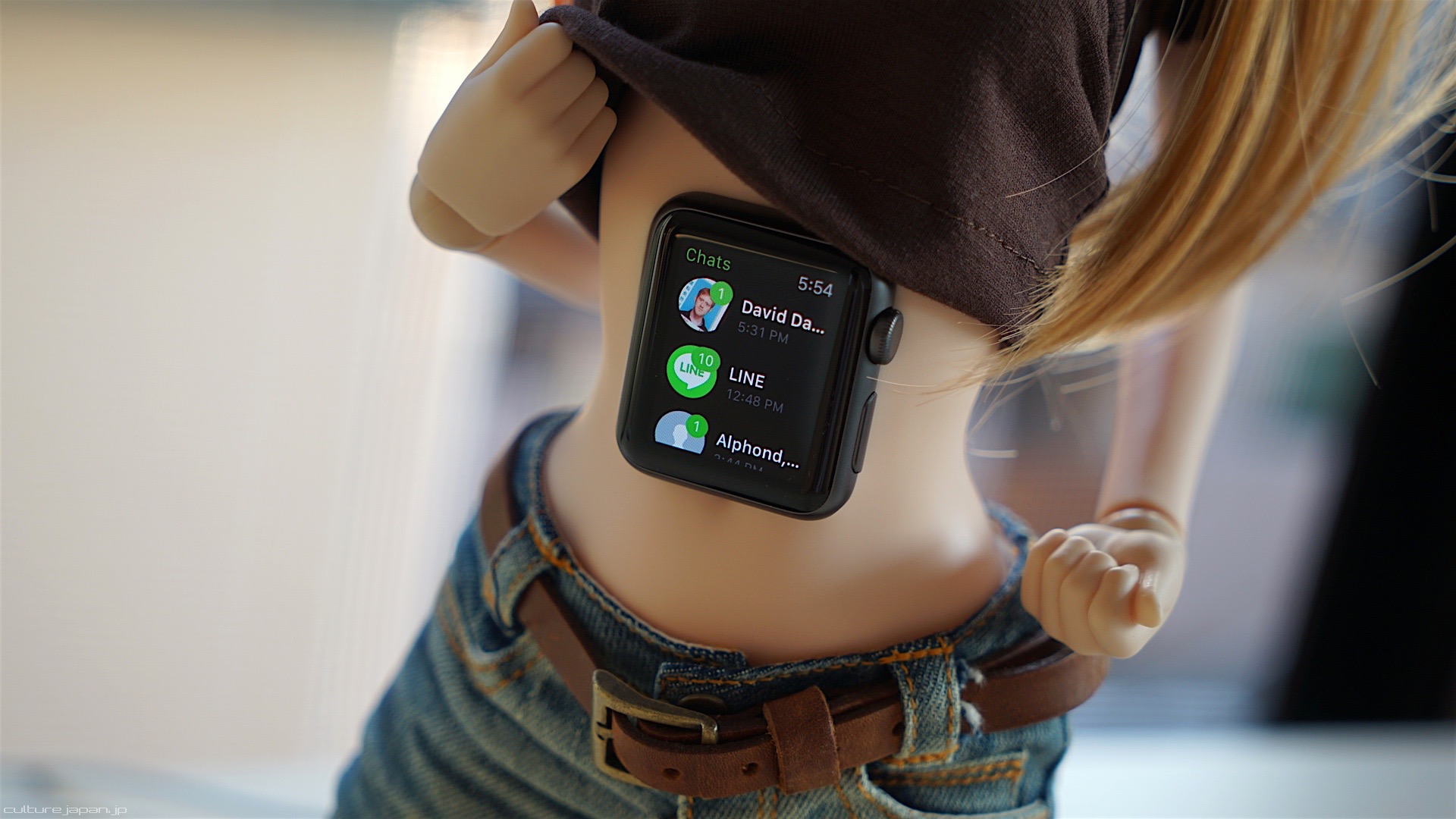 You can also check and spam your LINE friends too. 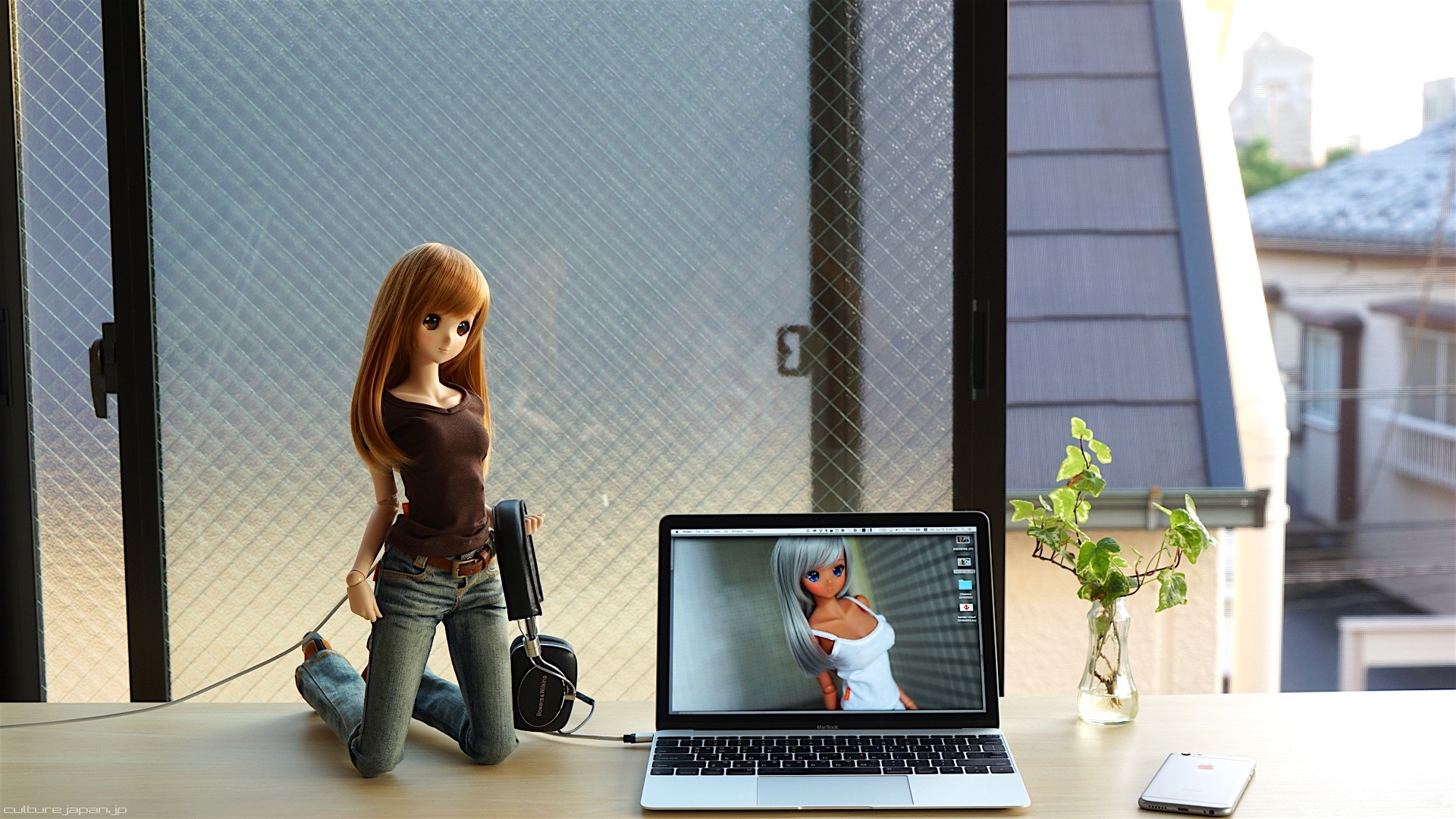 As the Apple Watch sticks out a bit, if your Smart Doll is wearing something tight then you will see a bulge - unless you dress them up in something more loose fitting. 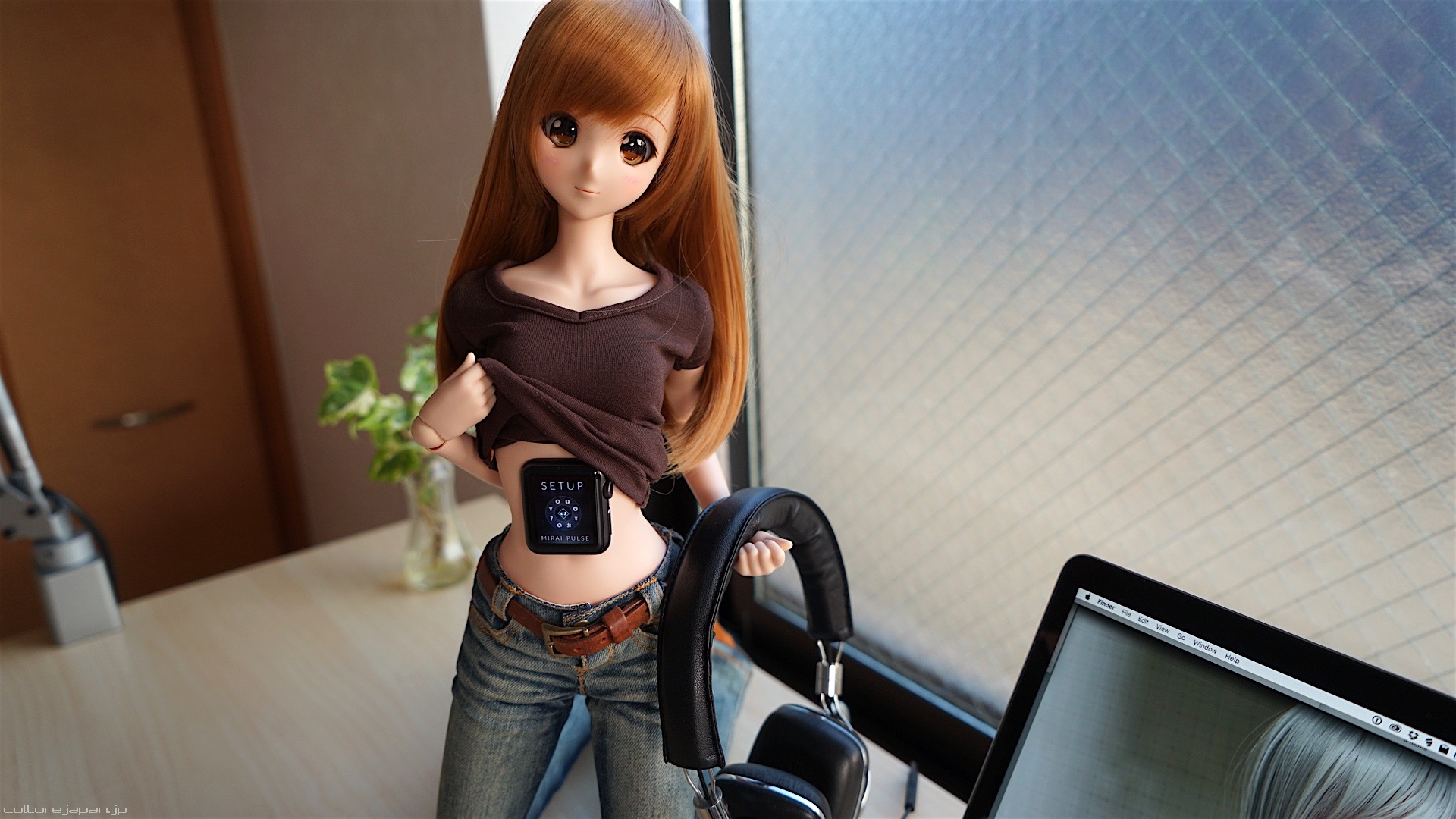 We plan to make new slush casting molds even if Apple change the form of Apple Watch and will continue to beef up the app especially with in-app purchases of voice actress/actor bundles - we already have approval from a few anime companies and have started production on licensed characters which we will start to release this fall. 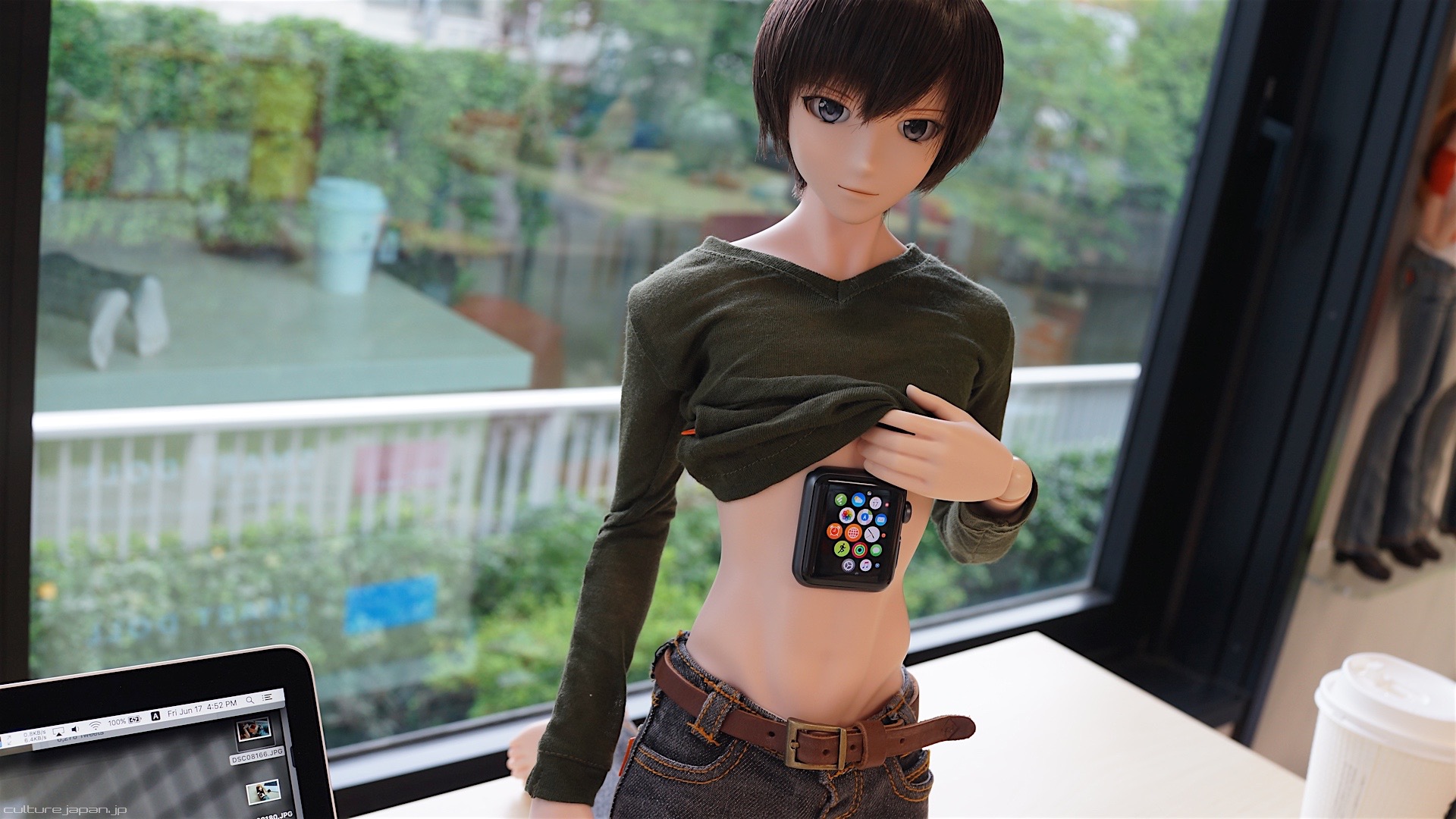 And for those who were wondering - yes we made Mirai Pulse for our Smart Doll guys too. 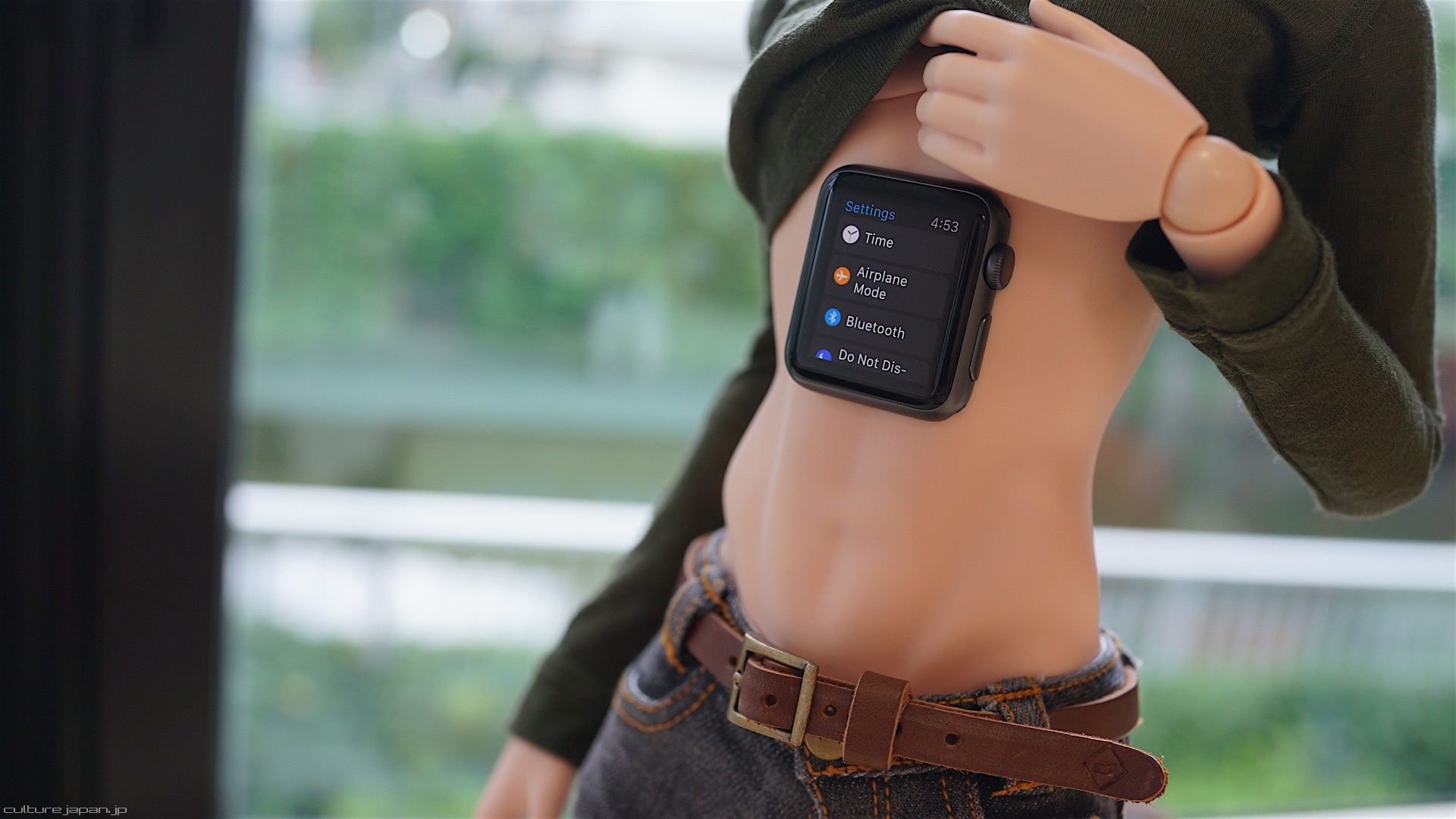 Mirai Pulse will be released for the Smart Doll girls first though. 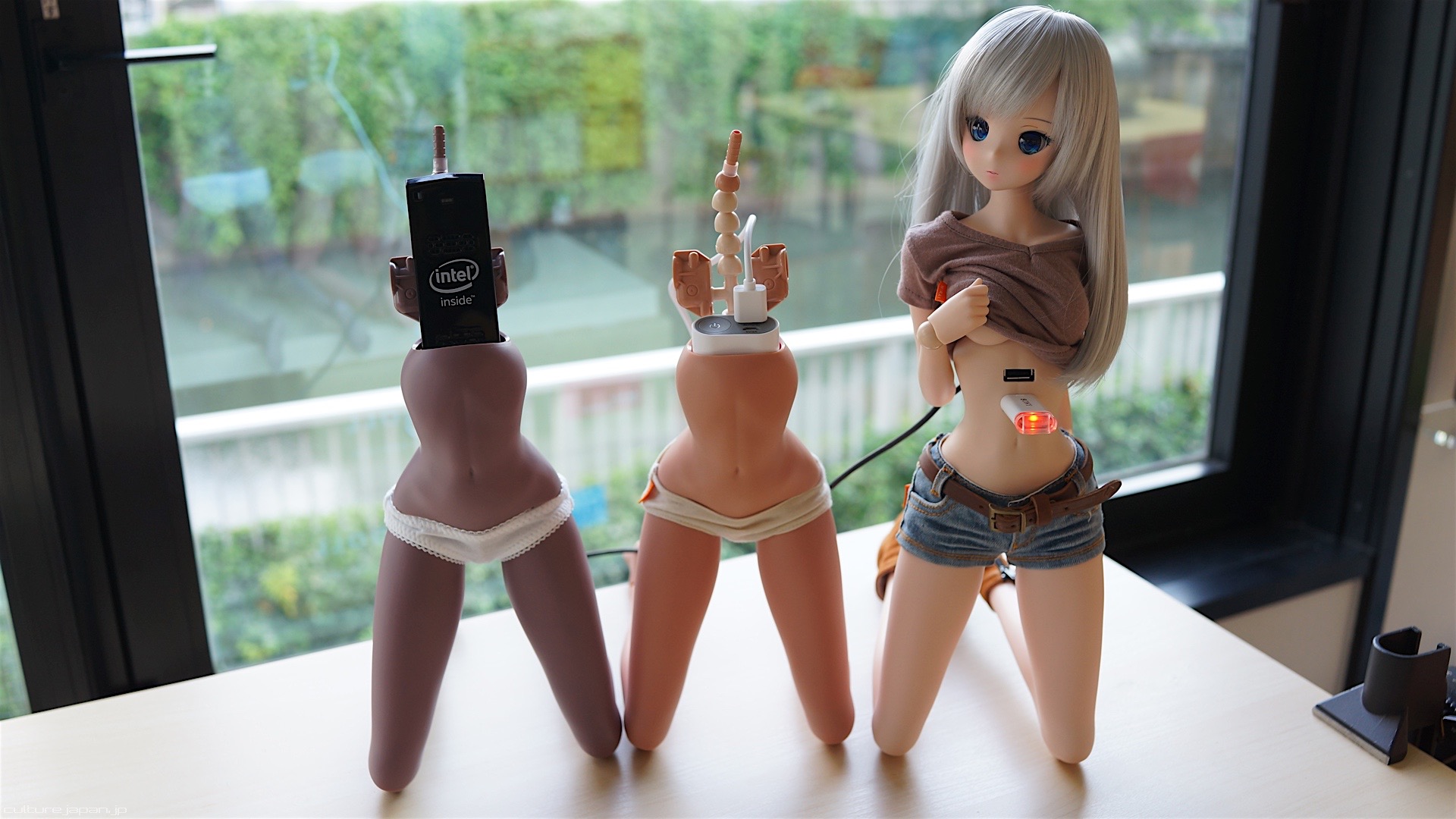 If you are not interested in Apple Watch however, I'll be selling the standard torso part soon so that you can mod your own Android Wear or even Pebble version.
Alternatively you can go for the other Smart Gear with Smart Charge Mirai (charges your mobile phone of MacBook) or how about having the cutest USB Hub on your desk? 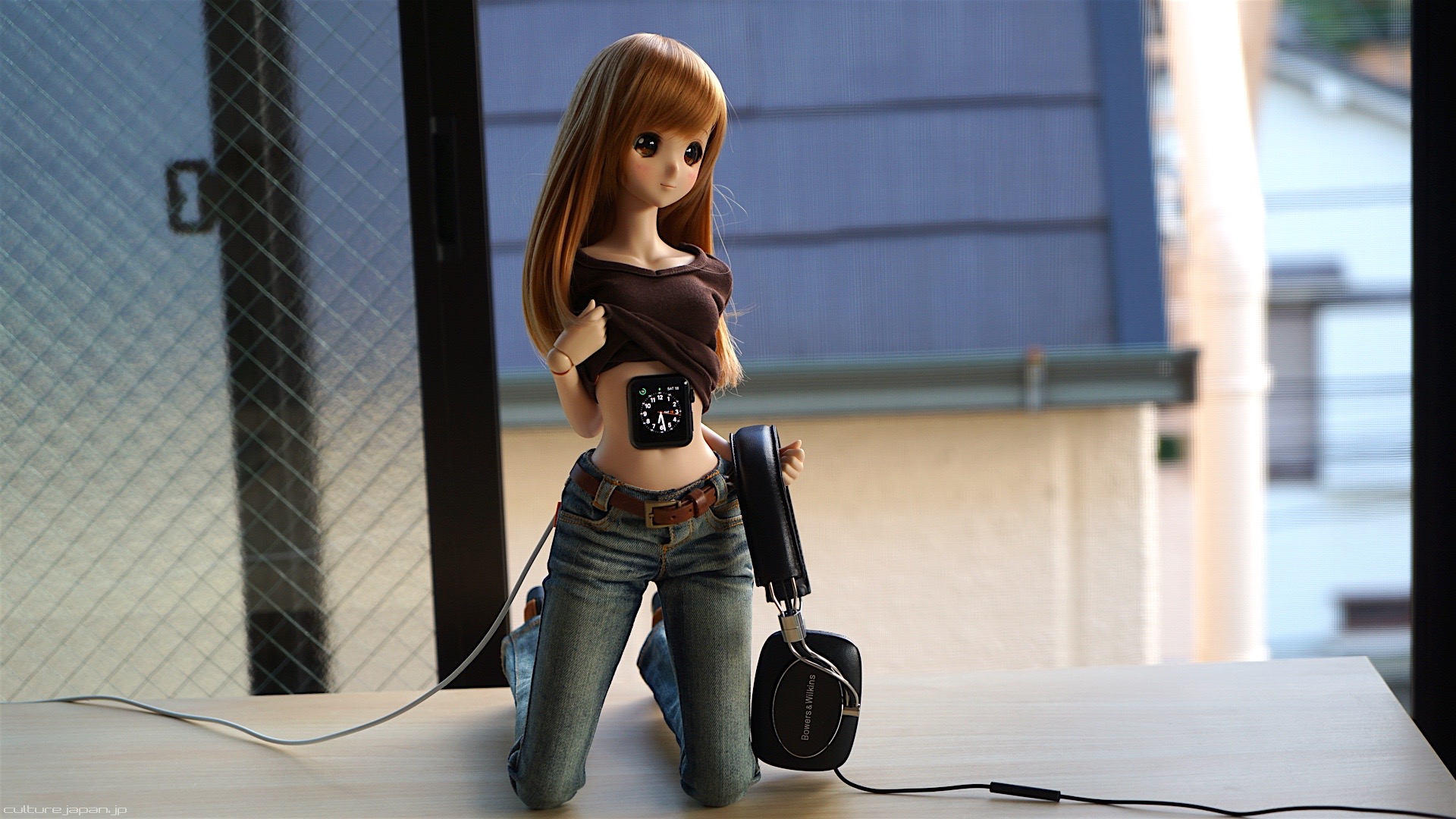 If you are looking for extensibility for a fashion doll then Smart Doll is what you would be looking for. 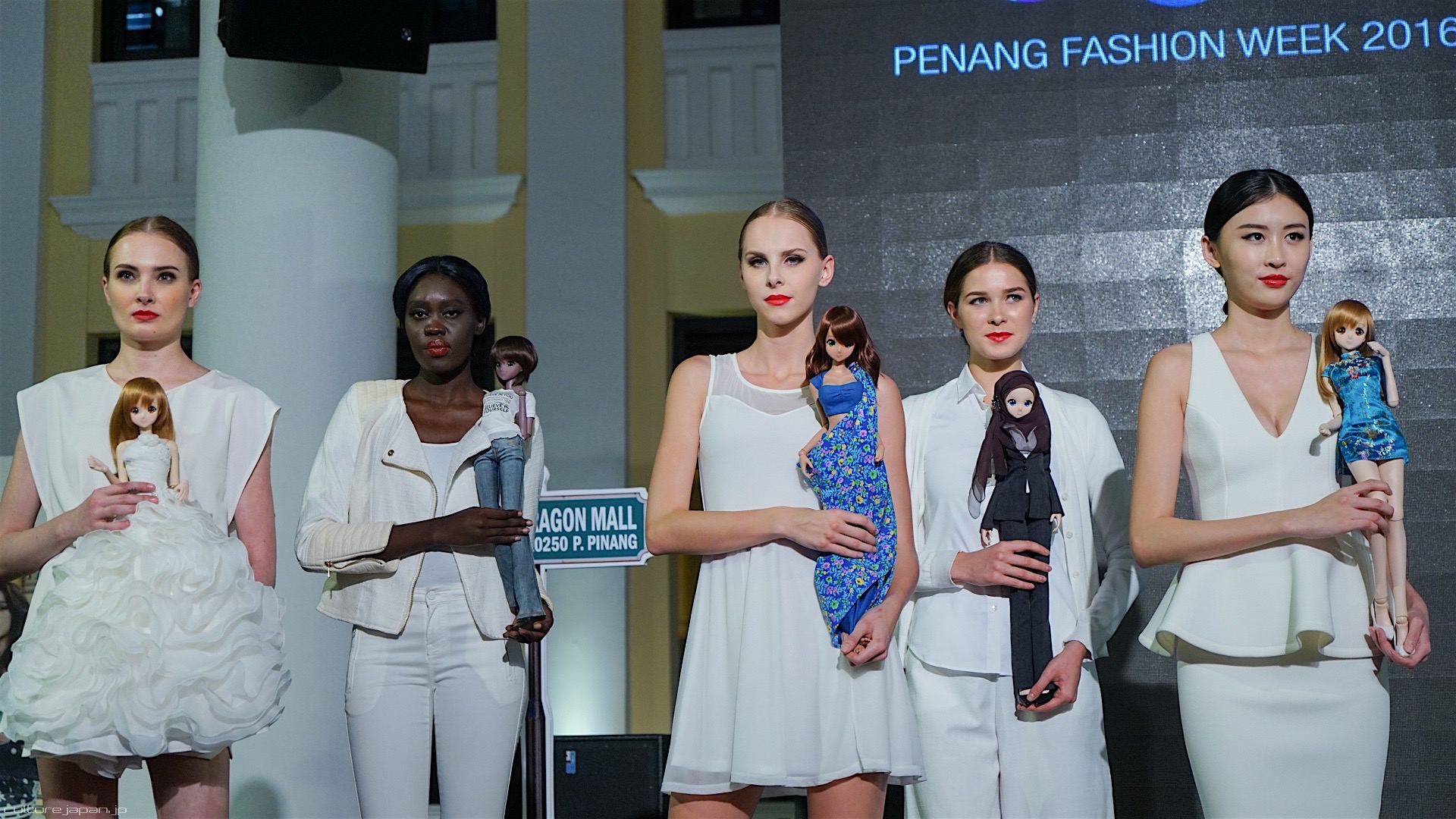