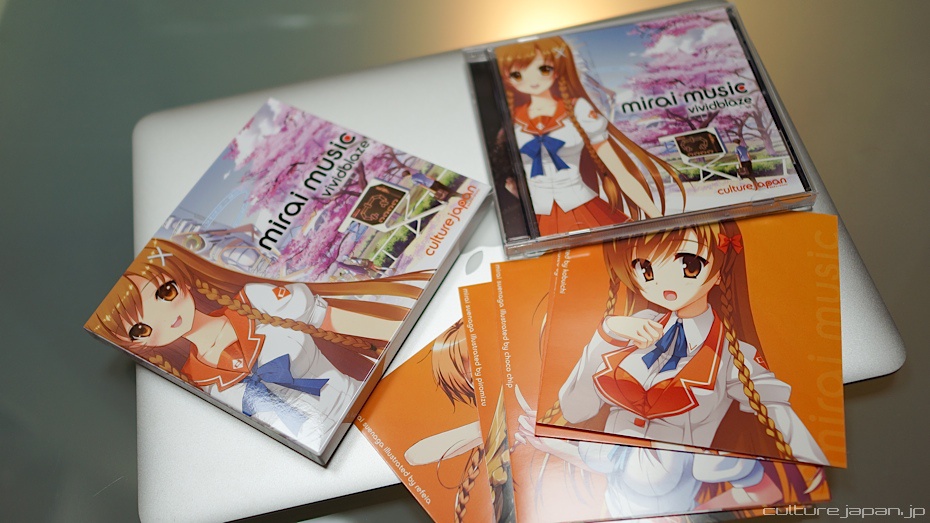 Have not really talked about it much before but I produce lounge music together with the Japanese group called vividblaze where the tracks have been used on all seasons of the TV Show Culture Japan.

We decided to put together a CD with all those tracks and so the album Mirai Music was born. We completed production of the CD mid last year but only found time to get it onto the distribution networks of late.

Folks outside of Japan can order the physical CD from AmiAmi for 3150 yen. If you are not bothered about having the physical copy then you can buy on iTunes where you can also sample the music.

If you are feeling broke then do a search for "Mirai Music" + "vividblaze" + "mp3" on Google or Youtube and download it for free ^^;

Mirai Music is also Creative Commons meaning that you are free to modify and distribute the source tracks as long as its not for commercial purposes - so use in videos you make is fine. If you got ads on those videos then thats fine too. Just dont repackage and re-sell the original tracks thats all ^^;

First photo is of the whole package which as you can see comes with some nice booty. 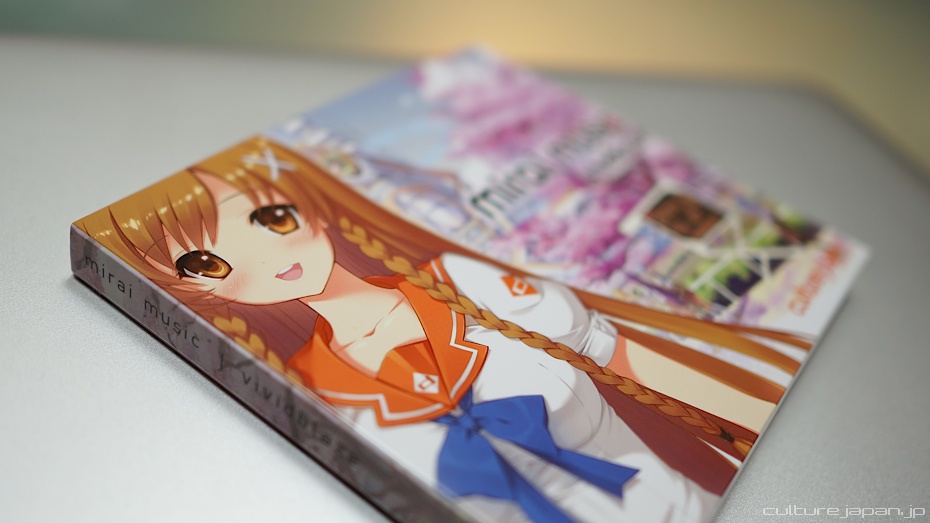 The following videos contain music from the CD. 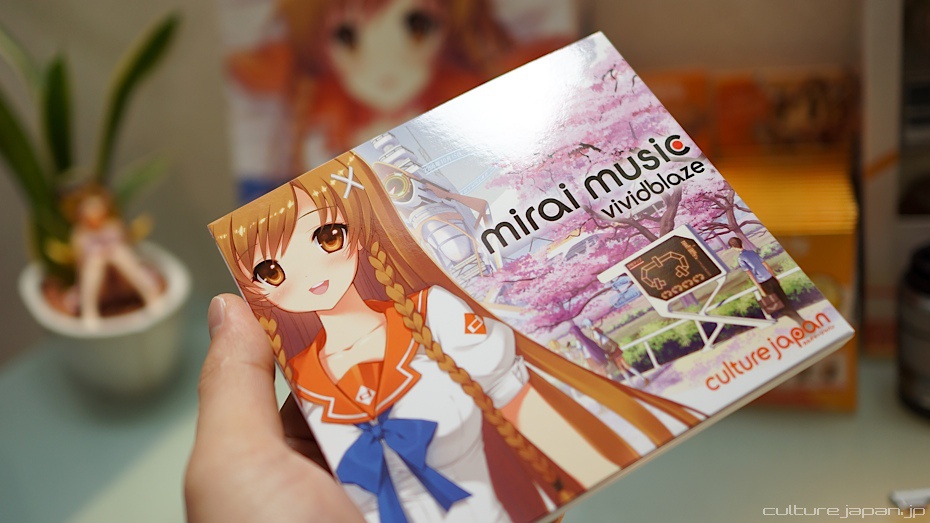 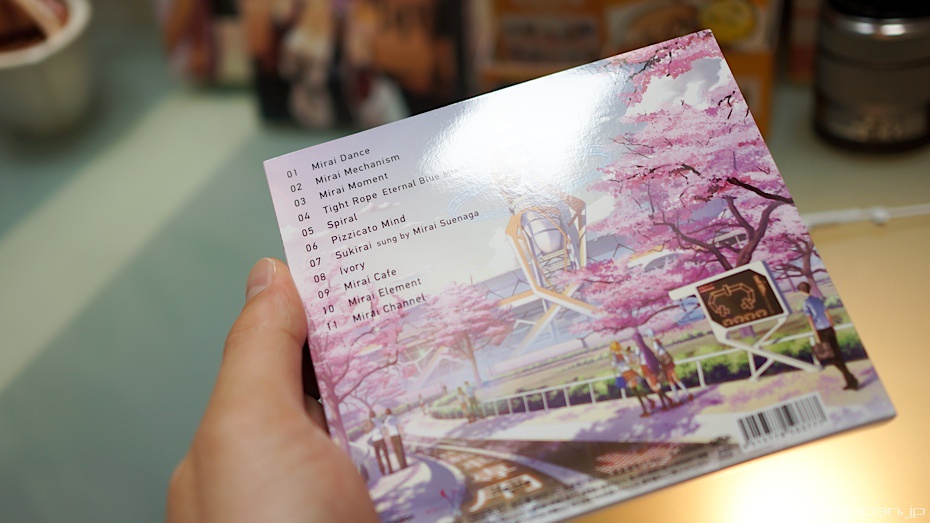 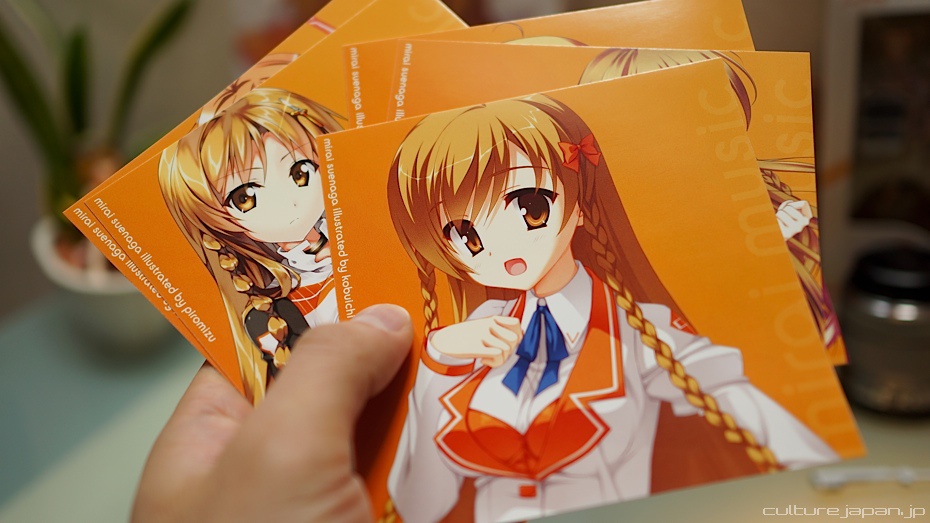 The CD includes postcards of many popular illustrators who have doodled Mirai-chan for us. As the CD went to production last year however, the set does not include some of the latest illustrators like Iizuki Tasuku. 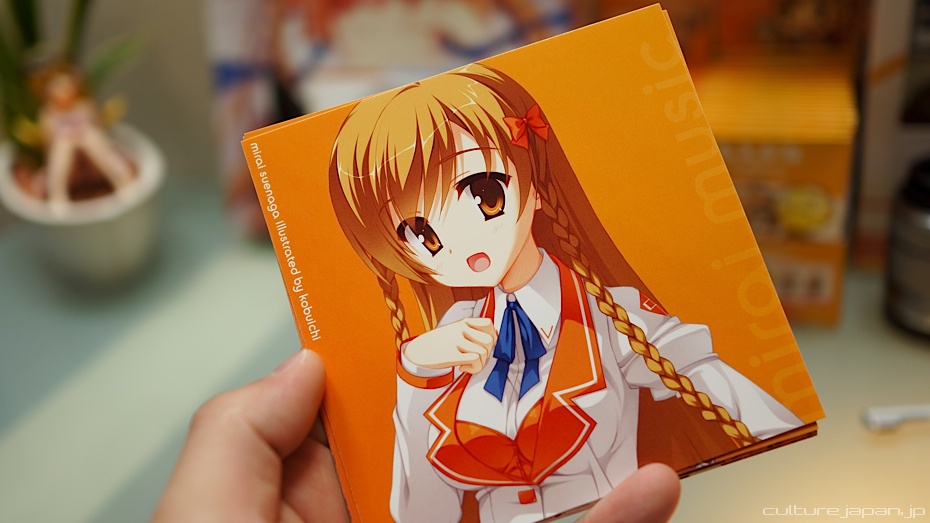 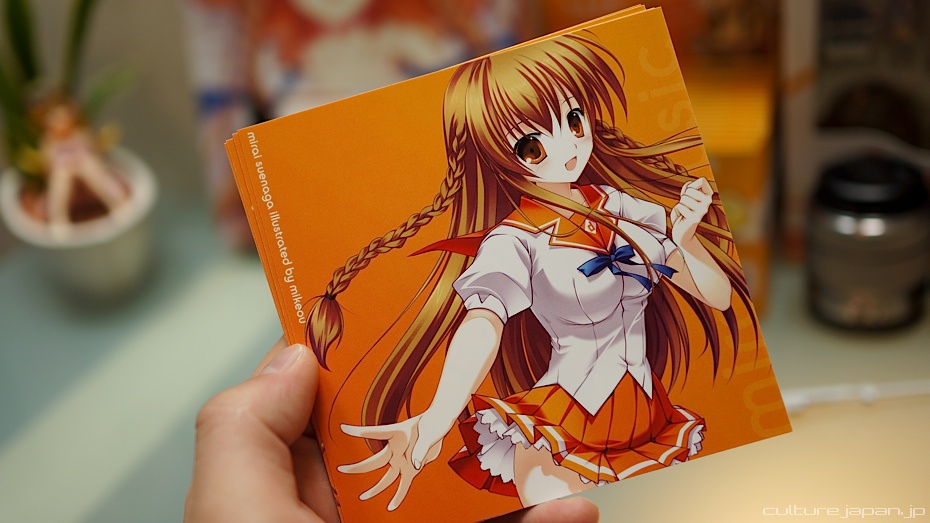 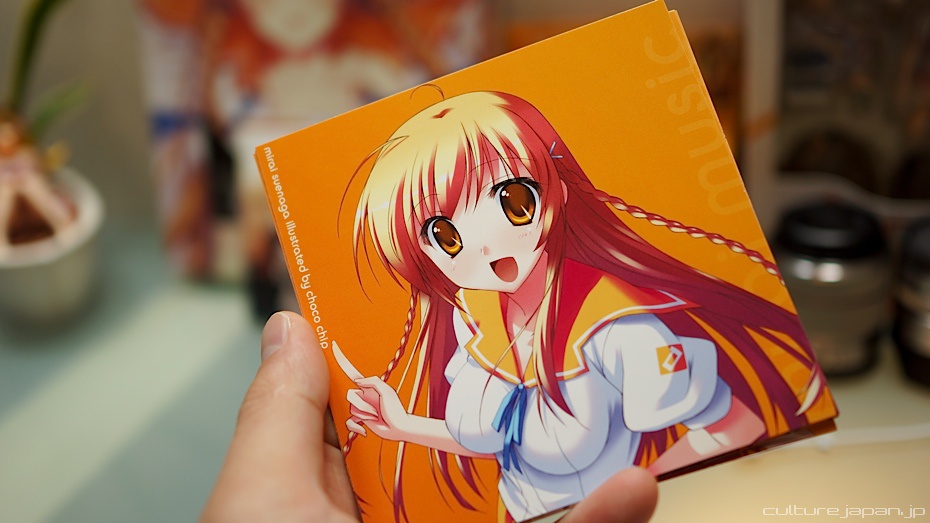 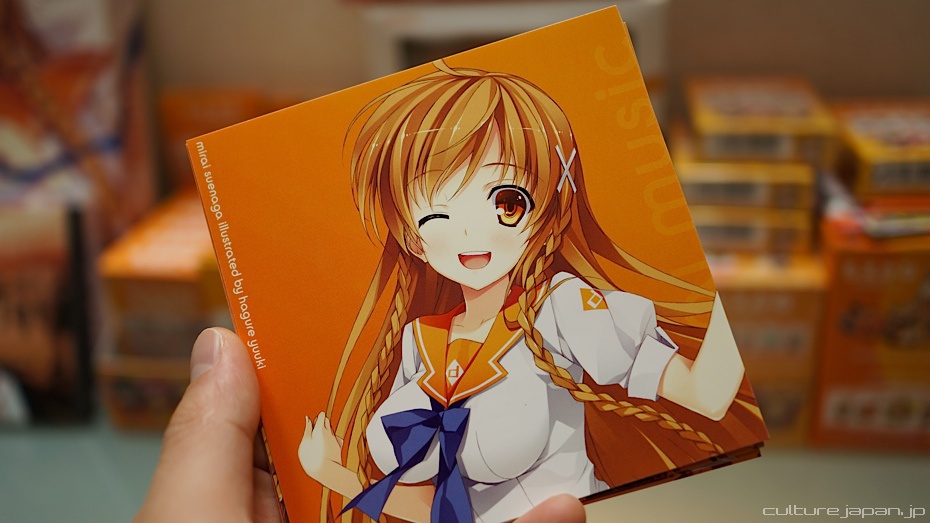 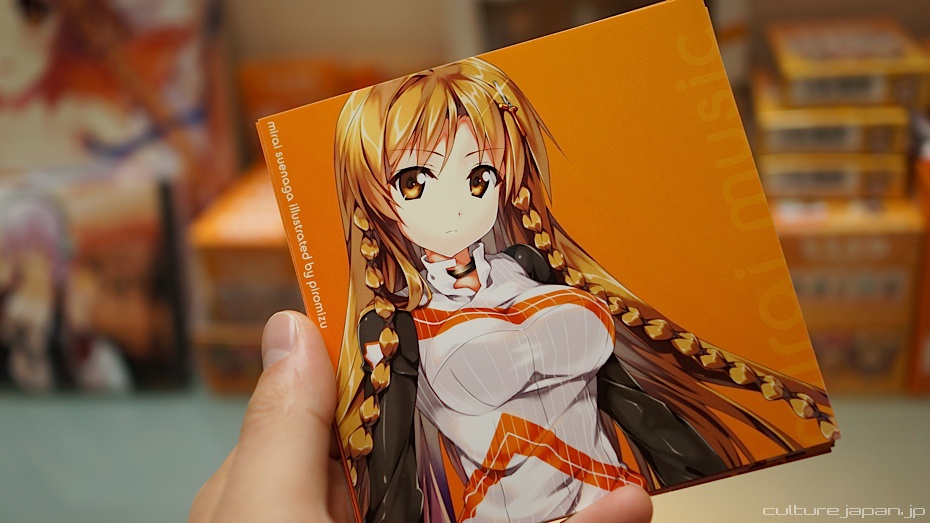 Mirai in her Solar Marine uniform illustrated by Piromizu-sensei. 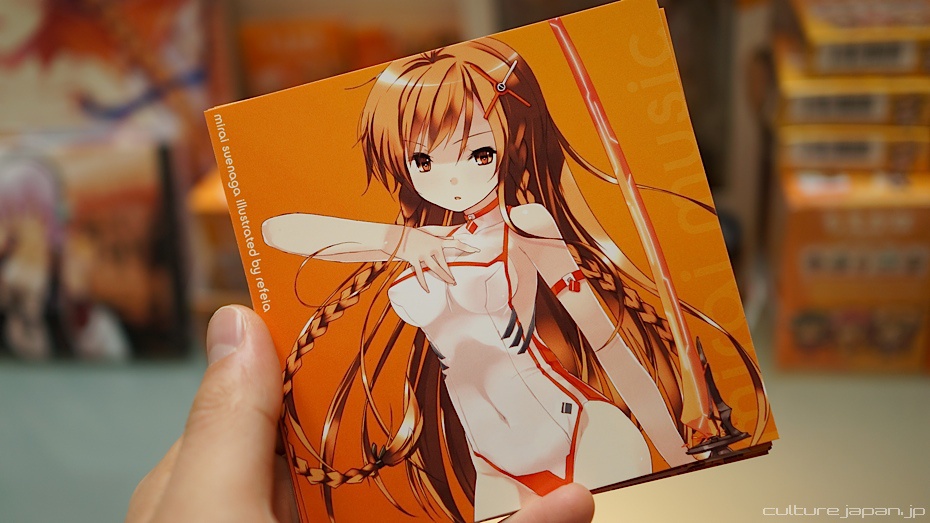 Mirai in her Aqua Skin swimwear by Refeia-sensei. 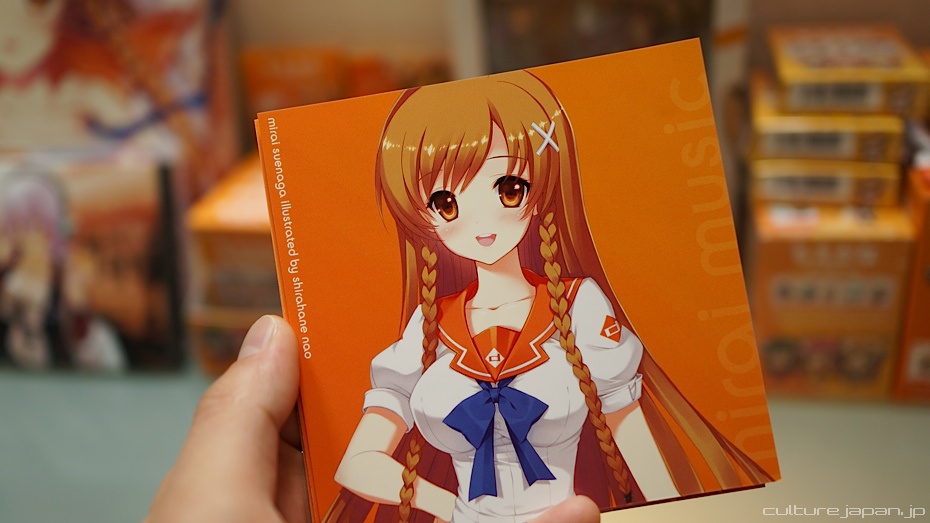 Mirai in her Summer school uniform by DMYO-sensei. 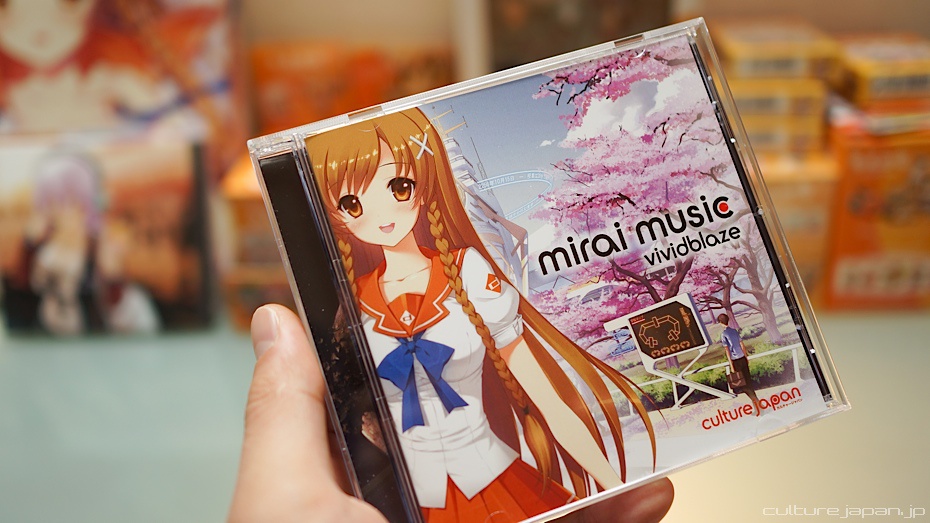 Remove the CD from the sleeve to find the bog standard plastic CD case. 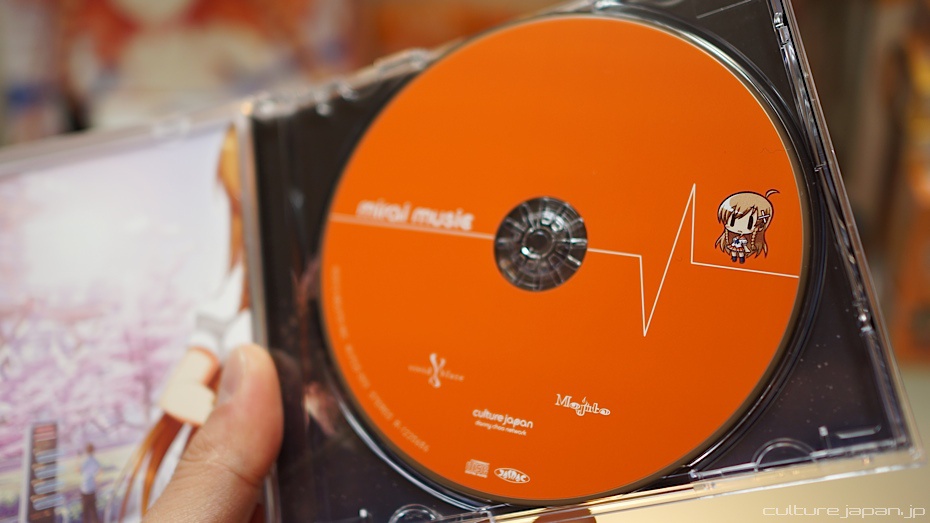 Design of the CD with a Moekana Mirai by Ikkyuu-sensei. 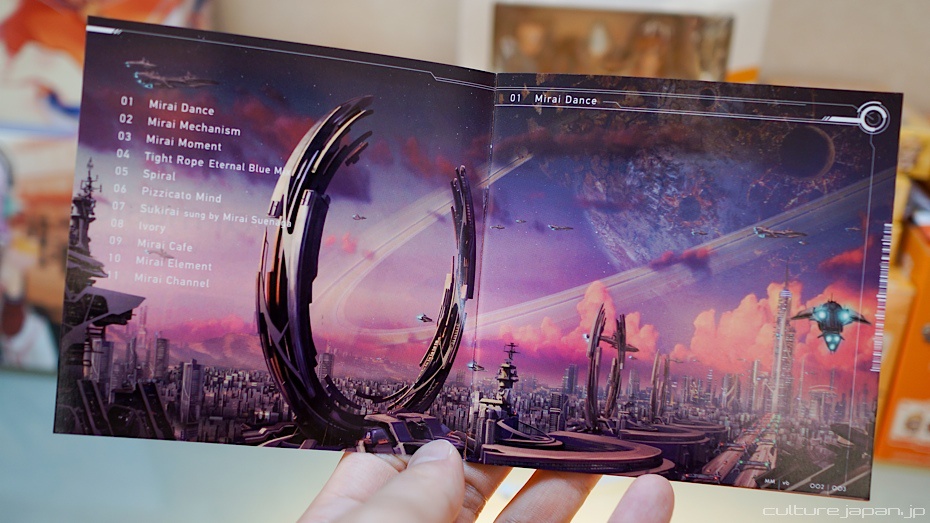 The booklet contains artwork from the Mirai Millennium universe. 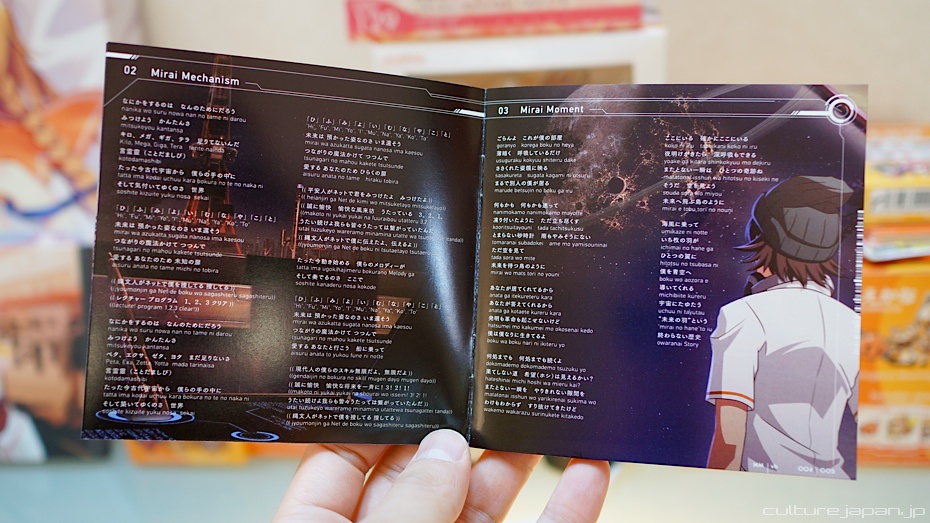 Lyrics contain original Japanese language and romaji so that you can sing along to and learn Japanese at the same time. 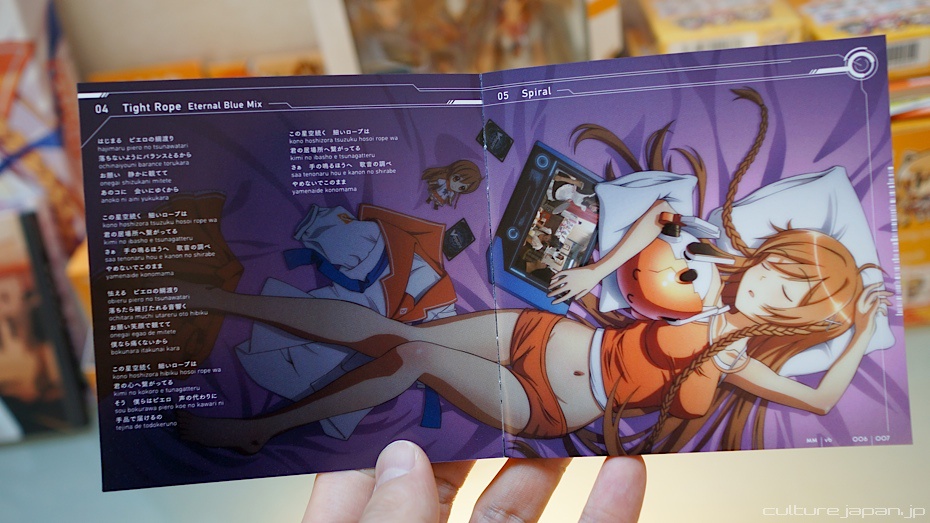 This illustration from the opening of Culture Japan season 2. 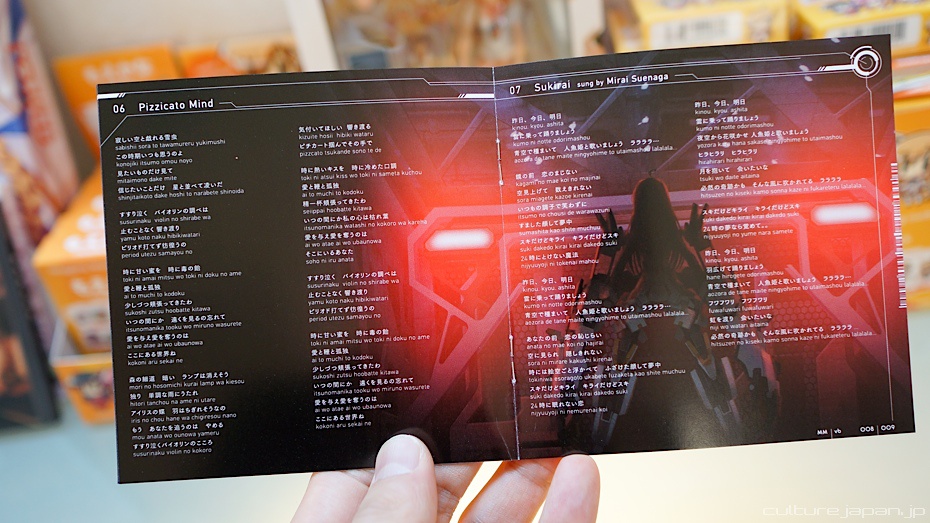 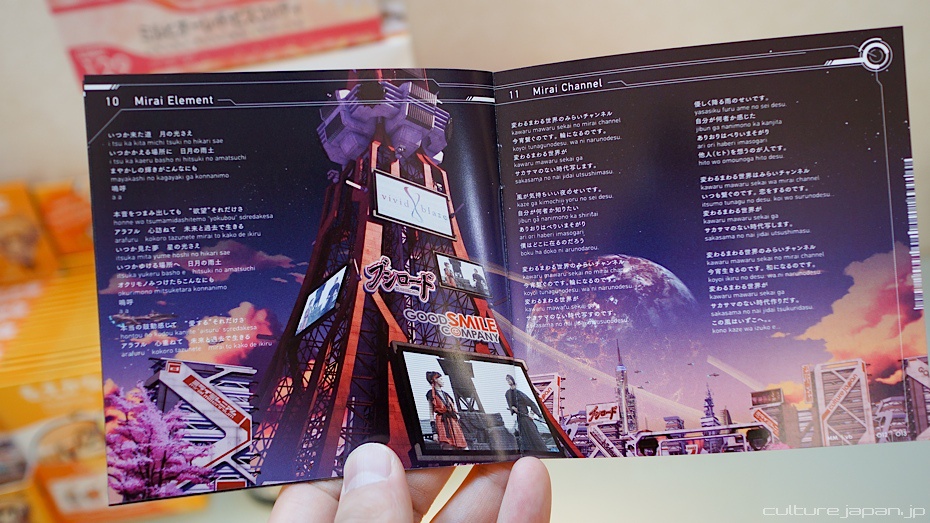 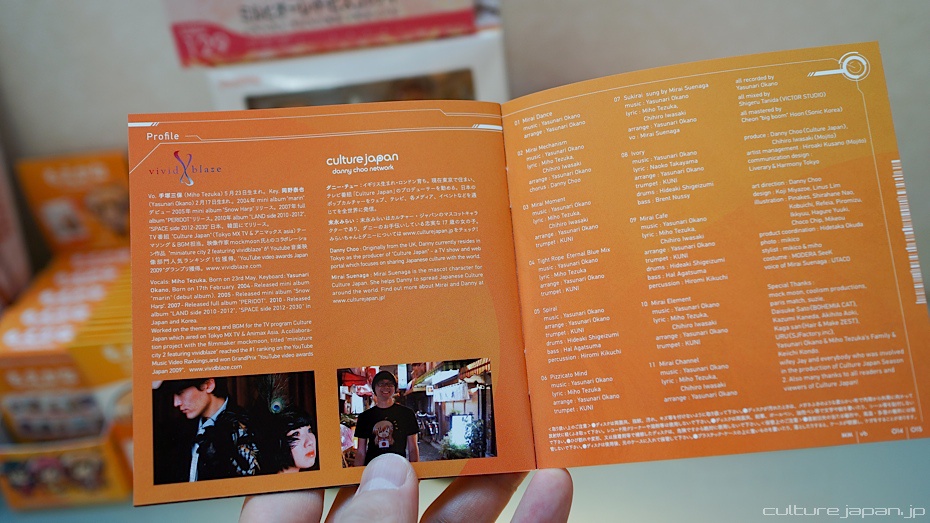 The last two pages with our profile details and credits. 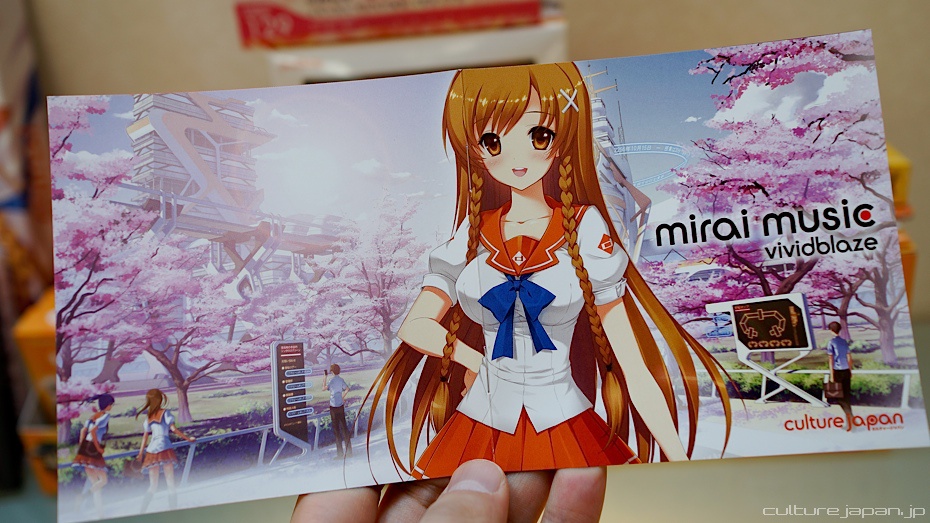 And here is the front and back of the booklet opened up. 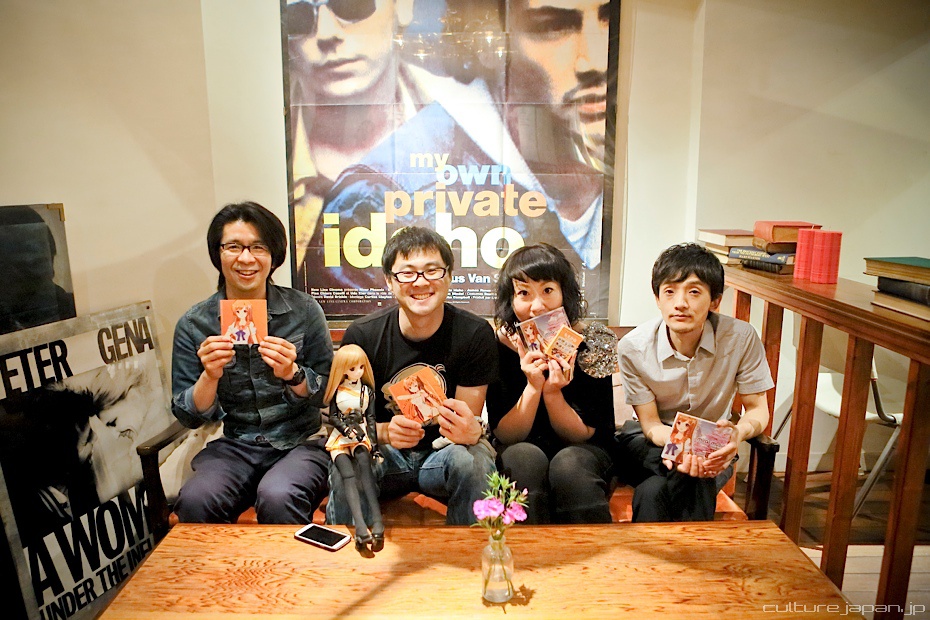 Photo taken at an interview a while ago - vividblaze members Miho to my left, Okano to Miho's left and to my right is the guy who interviewed us ^^ 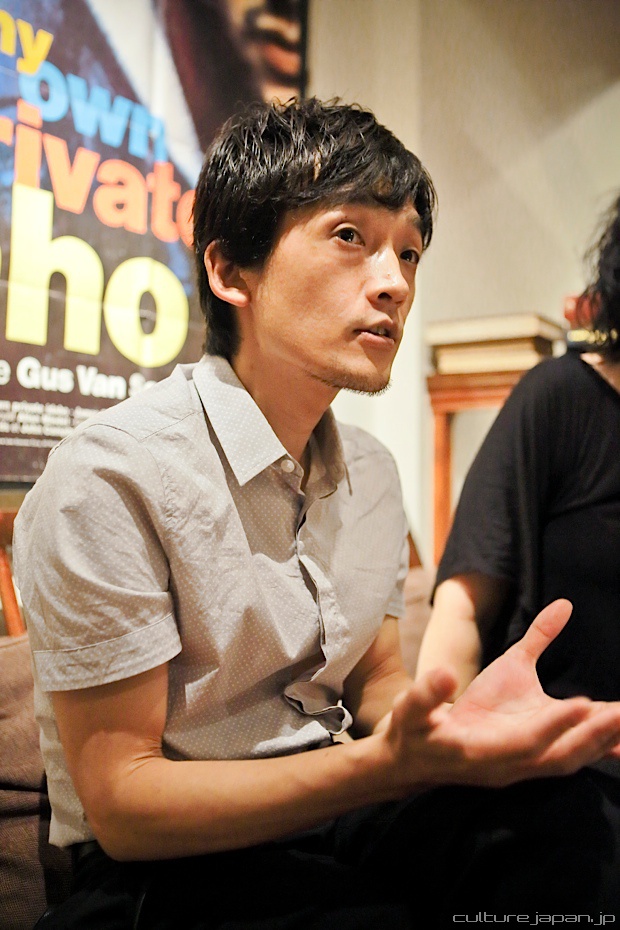 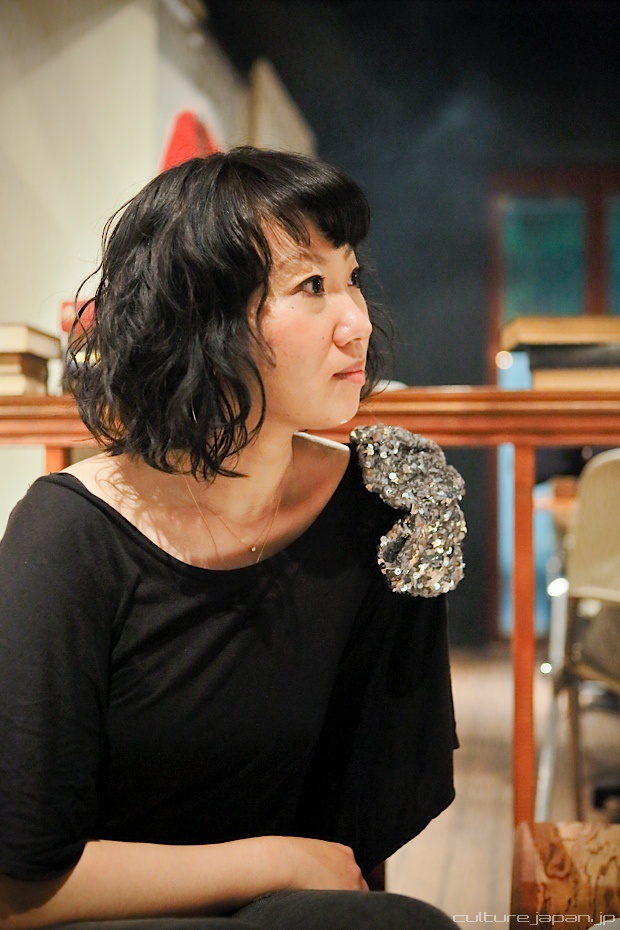 And just to recap, the physical CD of Mirai Music is available from AmiAmi (shipping in a couple of weeks time), digitally on iTunes and Amazon or if you are feeling broke then search on Google sensei for the mp3 to download for free ^^;