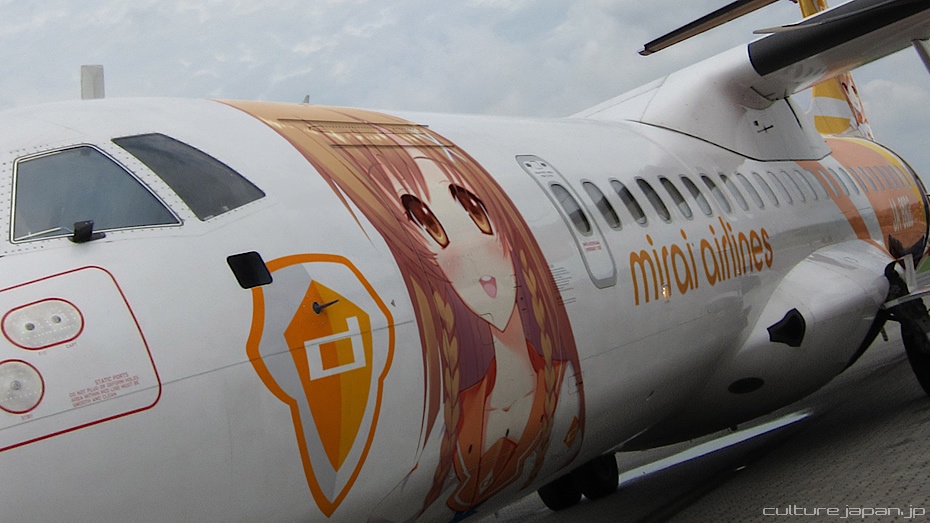 Although we are starting off very small scale, I'm thrilled to announce that my company is now going into the airline carrier business as an LCC (Low Cost Carrier) - the name is Mirai Airlines. 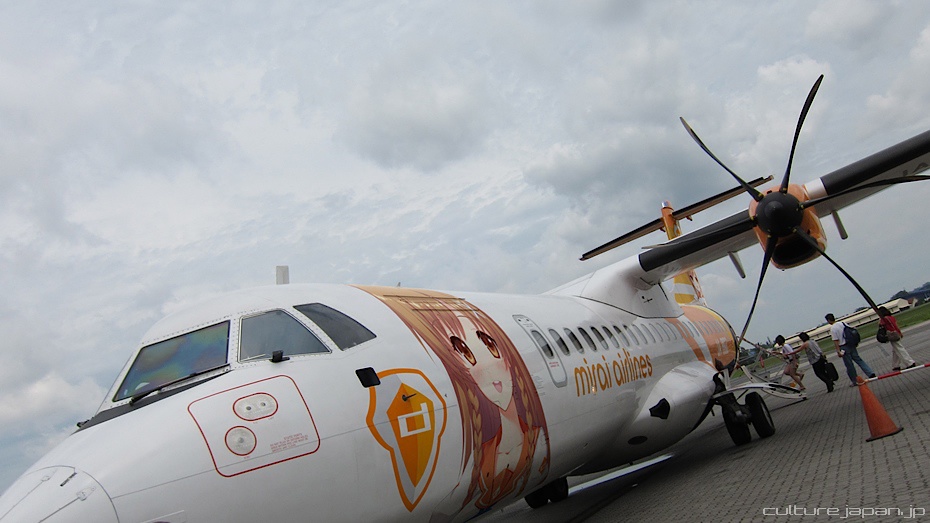 As you previously read, I'm currently working for the Japanese government as Creative Director and was recently invited to give a pitch at the headquarters of the Japanese Ministry of Economy, Trade and Industry (METI) in a business matching session. I mentioned in the previous post that companies from the field of anime, music, electronics, food manufacturers and airlines attended too.

I was contacted by one of the airlines and a member of METI who was interested in doing something to reach out to my 200,000 Facebook comrades.

After a few meetings, I proposed that we setup a low cost carrier called Mirai Airlines which would be branded with the mascot character of Culture Japan - Mirai Suenaga.
This is not a new idea however and I got inspiration from ANA's Pokemon and ANA's Gundam collaboration where they plastered a few planes in their fleet with branded stickers. My Mirai Itasha is also another inspiration ^^;

By branding Mirai Airlines with Mirai-chan, I plan to target Mirai-chan fans around the world and give them an inflight experience where they can consume a variety of Japanese Pop Culture. We then came up with the tag line:- "Mirai Airlines - the worlds first Japanese pop culture themed airline." 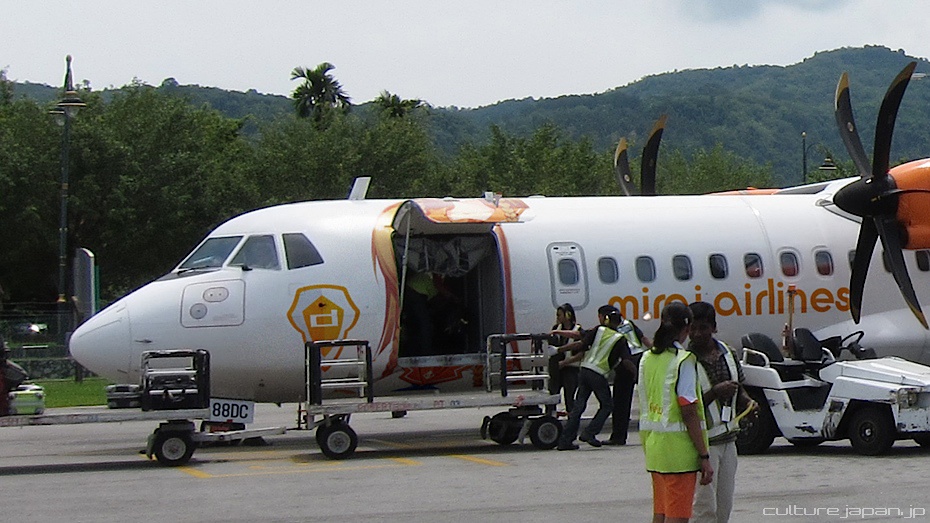 As you already know, I have a lot of clients in the Japanese pop culture field including Good Smile Company, Bushiroad, King Records, Konami, Kadokawa, Production IG, Ascii Media Works and many more who have all agreed to suport my new venture. They have been very open to sharing their content and the inflight entertainment systems (which will all be iPads by the way) will be showing a lot of their anime titles - which will also include my TV show Culture Japan (season 1 + 2) too.

One of the selling points about Mirai Airlines is that there will be exclusive merchandise available in the inflight duty free - figures and merchandise from licenses held by my clients.

The best thing about the flight experience however is the safety video which will be fully animated by JC Staff just like Mirai Millennium. 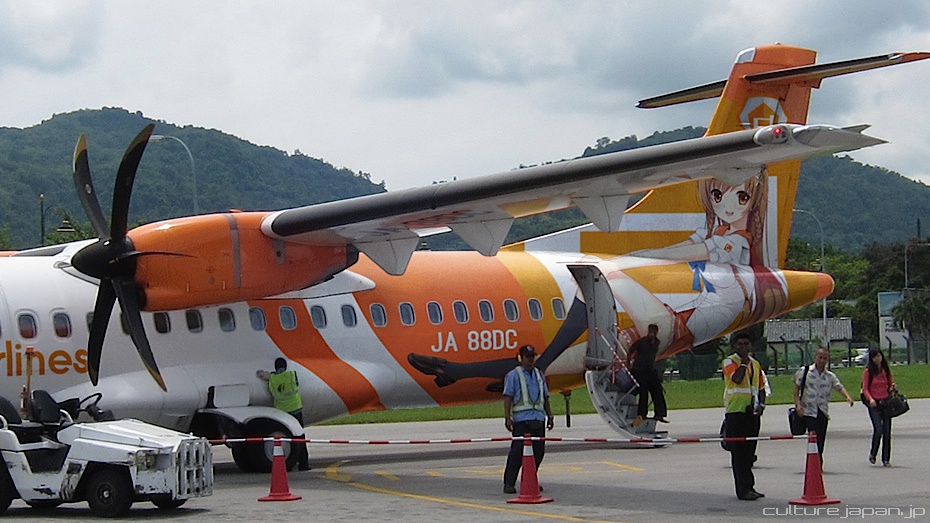 We are currently doing test flights between Tokyo Narita and Kuala Lumpur in Malaysia - the reason being that 46,000 of my Facebook comrades are located in my parents homeland of Malaysia. 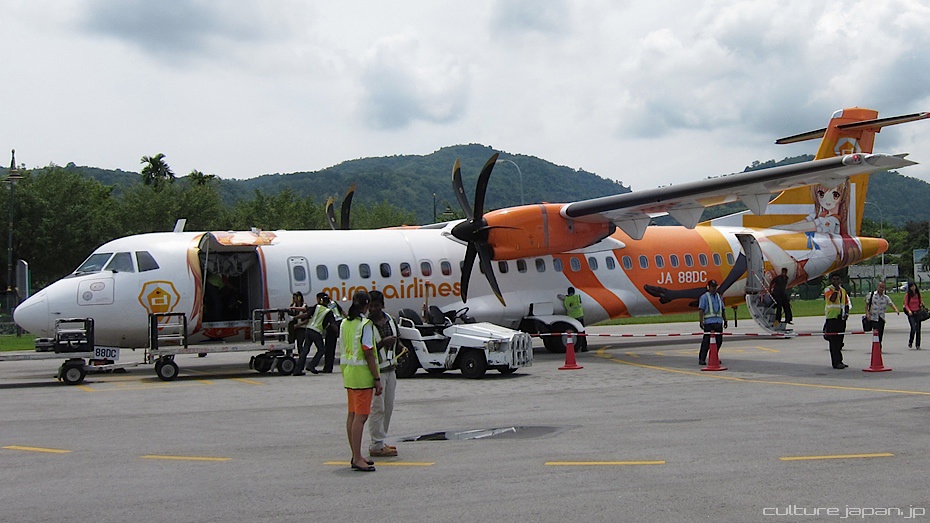 I did mention that we are starting off small scale and can currently only afford a small plane at the moment. Our plane has been in service for only a few years and is like brand new so no need to worry about safety ^^;
Due to tying to manage Culture Japan season 3 and my new TV corner every morning on Check Time, I've not had the chance to get to the airport to take a look at our plane - hope to get out there this week! 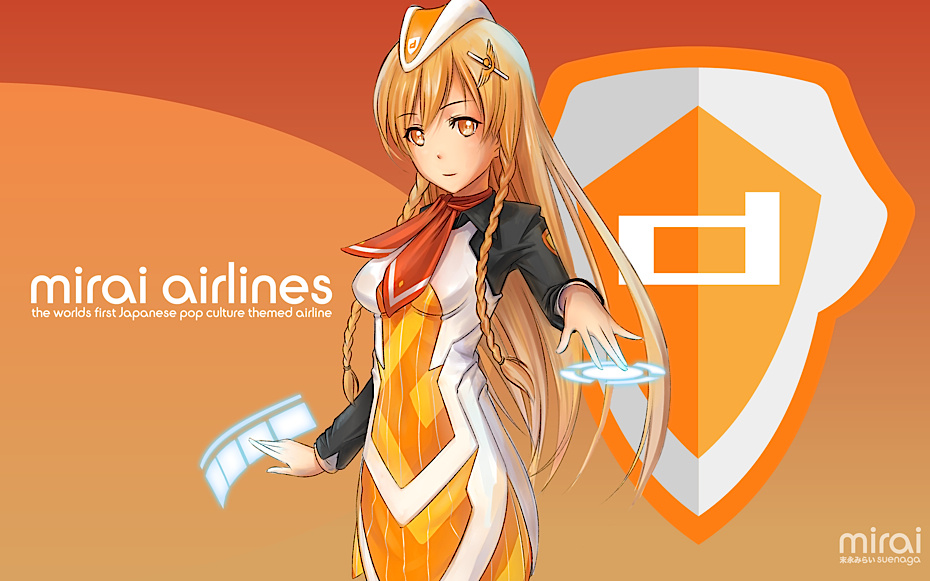 I'm currently finalizing the design of what the stewardesses will be wearing and I'll probably go with this design which is based on Mirai's Solar Marine uniform.
You can download the 2560px x 1600px wallpaper of this image for your computing device. 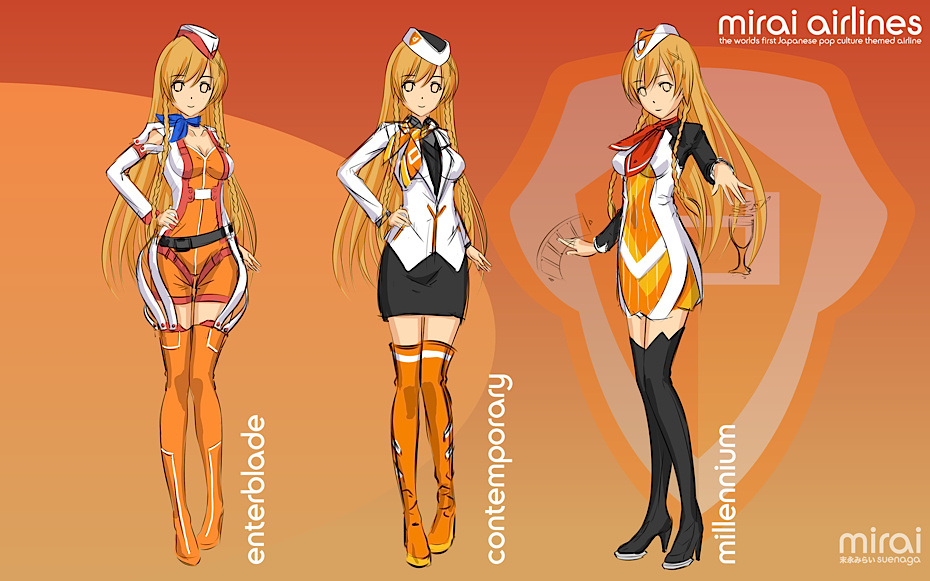 Here are some other designs which I've been working on with Pinakes - which do you prefer? Wallpaper available here. 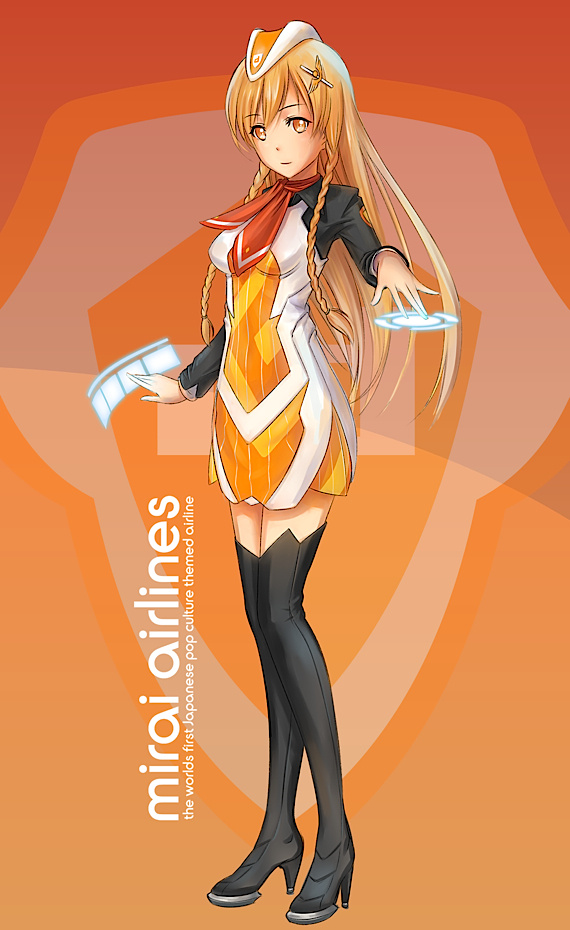 The test flights will run for a few more weeks before we start to implement the online ticket booking system. While thats going on, the uniforms will also be in production too.
We are still considering what the next destination should be after Kuala Lumpur but will most probably be Jakata as 69,000 of my Facebook comrades are from Indonesia. 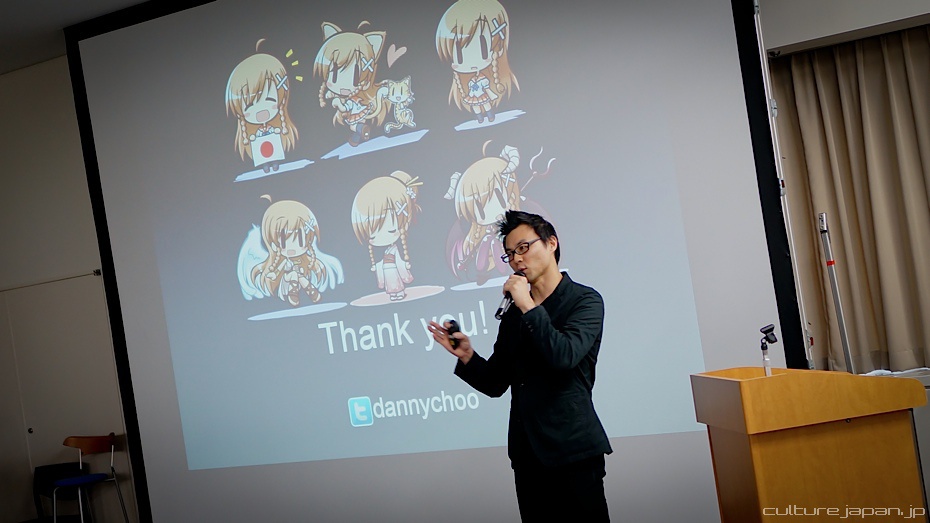 It only seems like a few weeks ago when I was giving that pitch. Apart from the Mirai Airlines project, METI has also matched me up with various electronics manufacturers and we are currently in talks to set up a new brand of electronic footwear - details soon!

Anyway, I need some feedback from you regarding your flight experiences which would help me drive Mirai Airlines to be one of the best in the world!