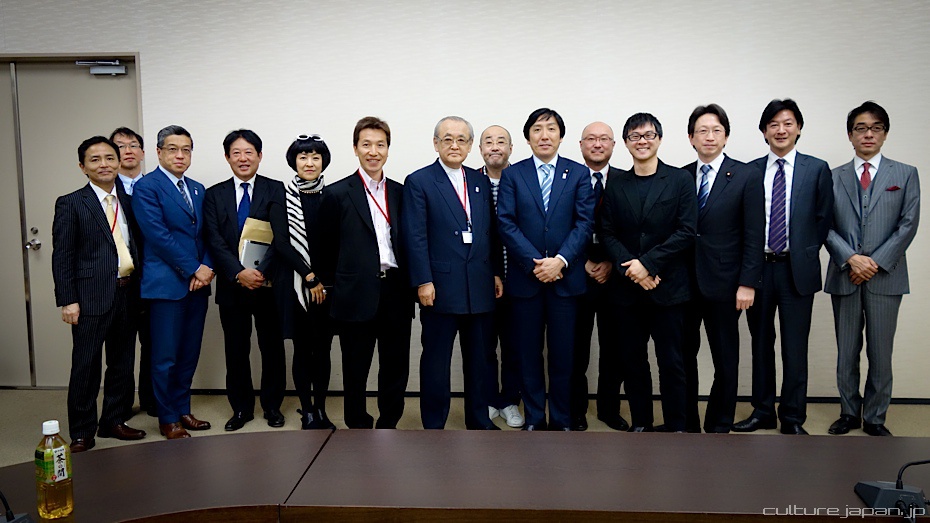 As announced earlier this month, The Japanese government appointed me as a member of the "Ministry of Economy, Trade and Industry Creative Industries Internationalization Committee" - its a mouth full in Japanese and even more of a mouthful in English so you and I will refer to it as "METI CIIC" from now ^^;

The committee meets once a month at the ministry to raise topics, discuss issues which will lead to a plan of action regarding the internationalization of Japan's creative industries.

This first photo taken at the 2nd meeting last week with fellow committee members who are Presidents of companies such as Bandai Namco Games, Sony Music Entertainment, Horipro, Kodansha, Isetan, Mitsui Fudousan, TBS and Gaga Corporation. The gentleman standing next to my right is Isshu Sugawara - the State Minister of Economy, Trade and Industry. The full member list is up at the METI website. 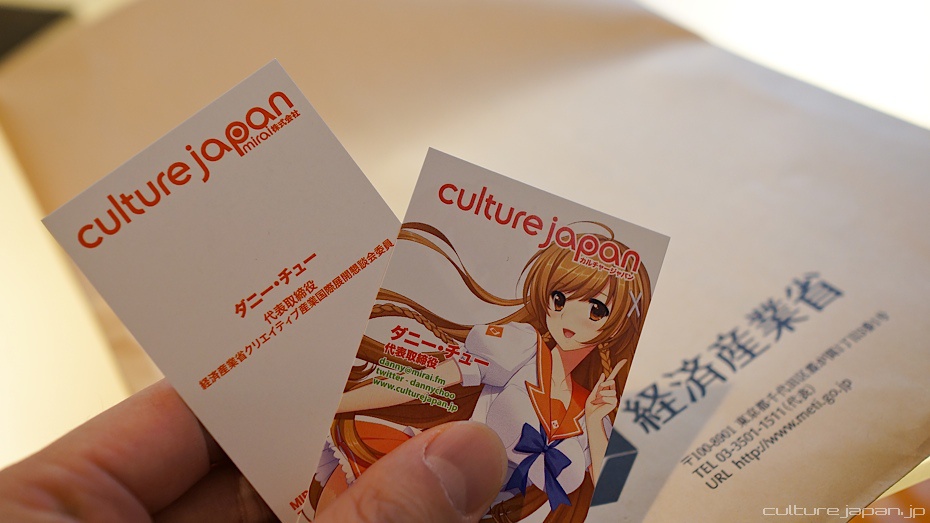 My new position working with the Japanese government earns me a new title and thus a new business card ^^; 2 may seem a handful but I've been given 5 cards from the same person before ^^; 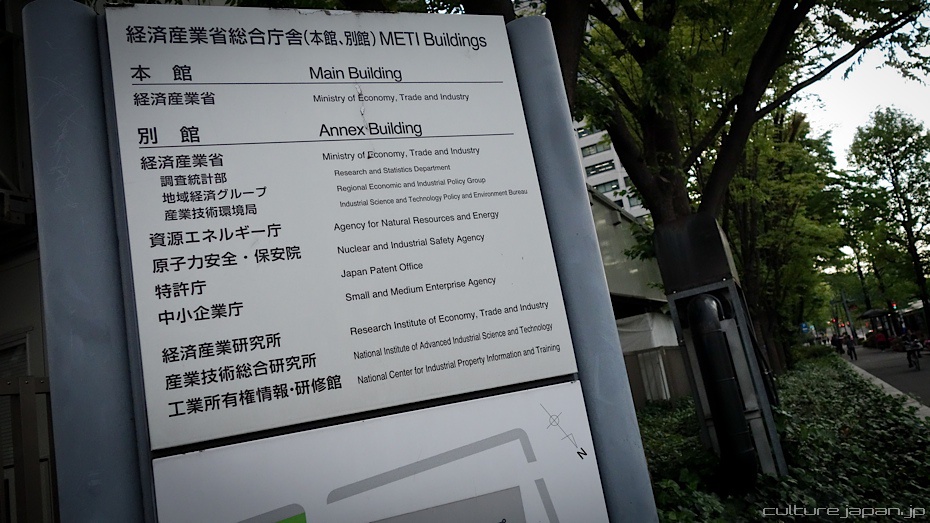 Government buildings are located in the Kasumigaseki area of Tokyo which is very close to Hibiya Park. 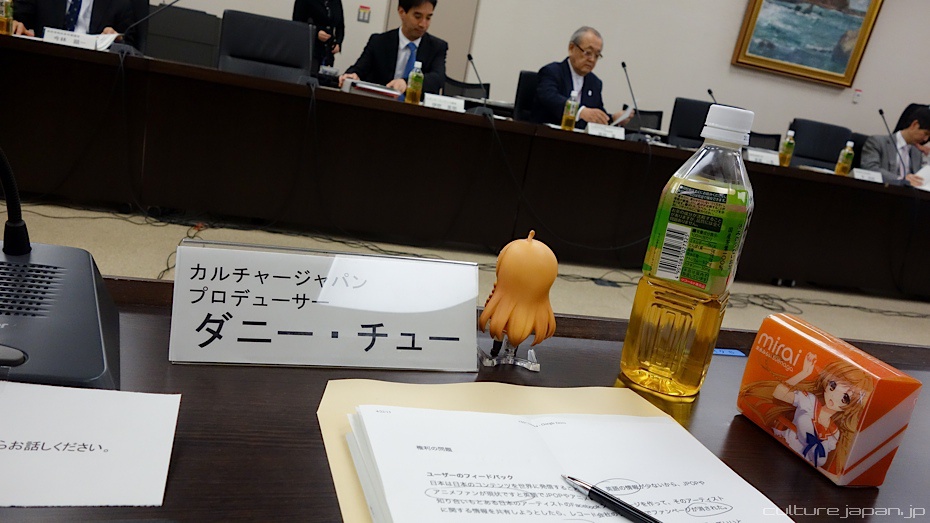 A summary of the previous meeting is posted by the government a few weeks later on the METI website. Below is a translation of the summary.

The reasons behind this is because official products actually include sound and often because they are limited editions which include special bonuses. From the view point of a Japanese person, these are worth about 20000 yen. It's likely best to target these wealthy consumers first.

The round table is only 1 hour so we dont get to cover a lot. From the next meeting however, we are required to submit reports. For the second meeting (which will be summarised at the METI website in a few weeks) I raised a point that its important to allow fans of Japanese content to help spread Japanese culture.
There does not seem to be many rights issues in Korea which is one of the reasons why Korean content can be distributed easily but most of that distributing is done by fans of Korean culture.

If you go to a KPOP concert, you are usually allowed to take photos or video footage - much of that is shared on YouTube and you can find about 340,000 results on YouTube for "KPOP Concert" - and the results actually show KPOP Concerts.
If you do a search for "JPOP Concert" on YouTube however, you get 35,000 results and hardly any concert footage.
The reason is that management of Japanese artists/record labels dont allow fans to take photos or videos and even if somebody did, the record labels usually use music matching to automatically pull any footage that contains music that they own from YouTube.

A friend of mine set up a facebook fan page for a Japanese artist - only to have the record label make a claim to Facebook to shutdown the page and give the fan a warning - talk about stabbing fans in the back.

After raising this issue, the minister took these points as being in need of serious revision of how Japanese artist and content rights are managed. 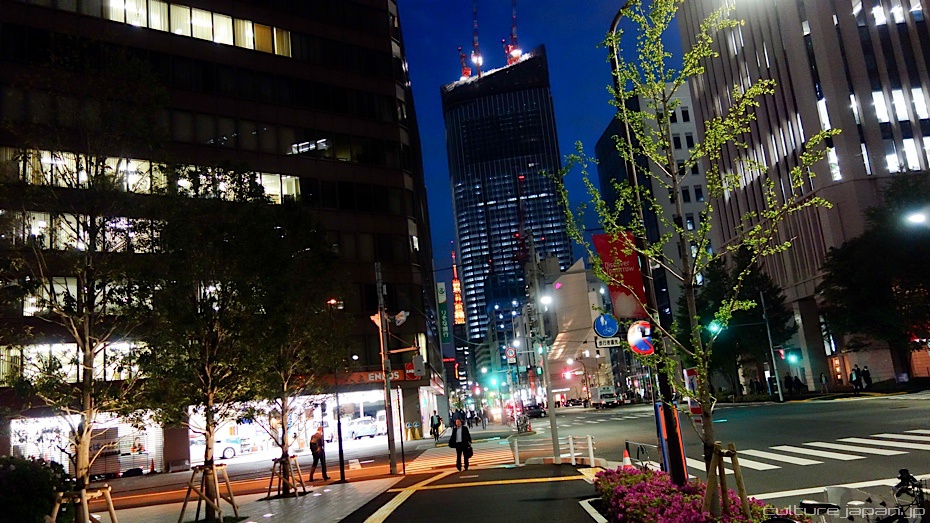 Meeting done for the day - I'll post the translated summary of today's meeting when its up. Heading back to the station. Tokyo Tower in the background. 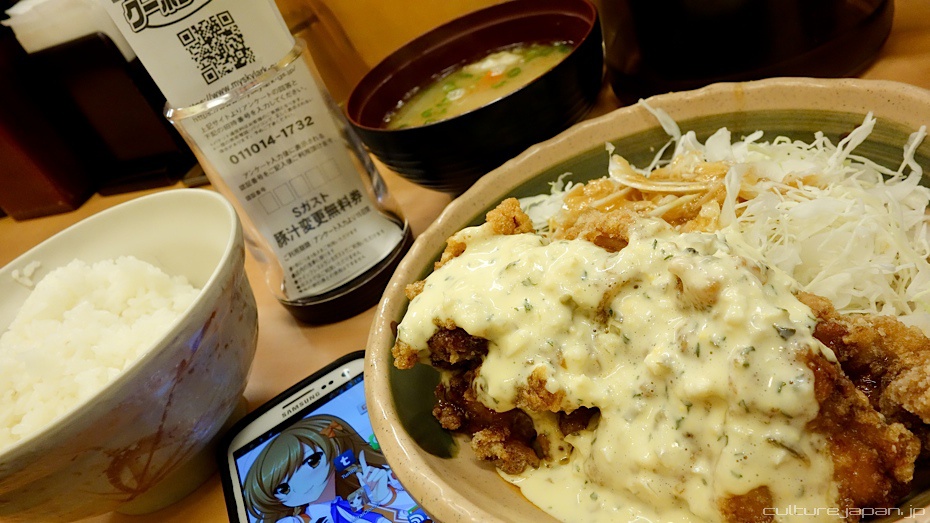 Nothing like some Gusuto to fill up at the end of the day. 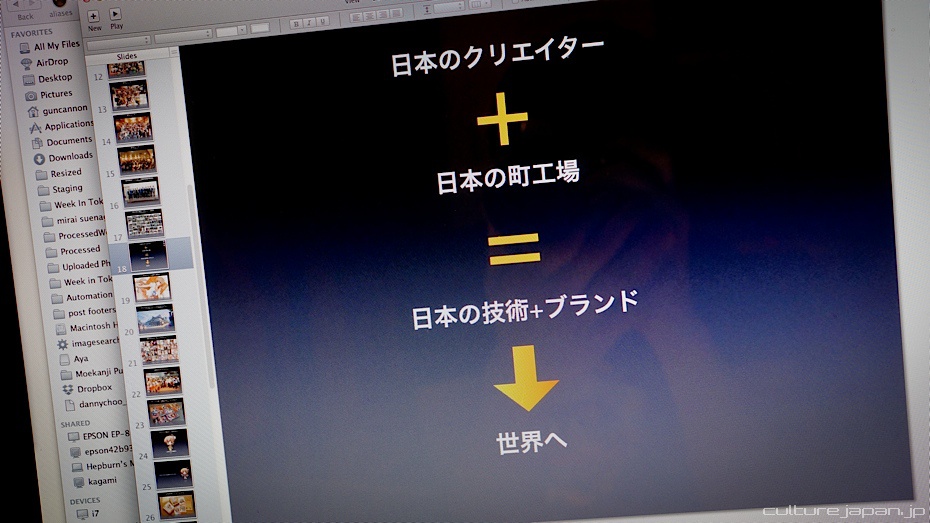 One of my agenda items is to revitalize the "Machikoba" ] which are small factories dotted around Japan who specialise in a certain craft or technique - it can be anything from making moulds, slush casting, making gears, leather goods and so on. In some cases, these small factories have been around for many generations where technology and know how is passed down the blood line.
In some cases however, many of these small factories have shutdown either due to lack of people to pass on the know how to or due to the lack of new orders - many of which is being channeled to factories overseas.

There are many creators in Japan who just dont know which factories to use - many of which are not even listed on the Internets so you need to know somebody who does. 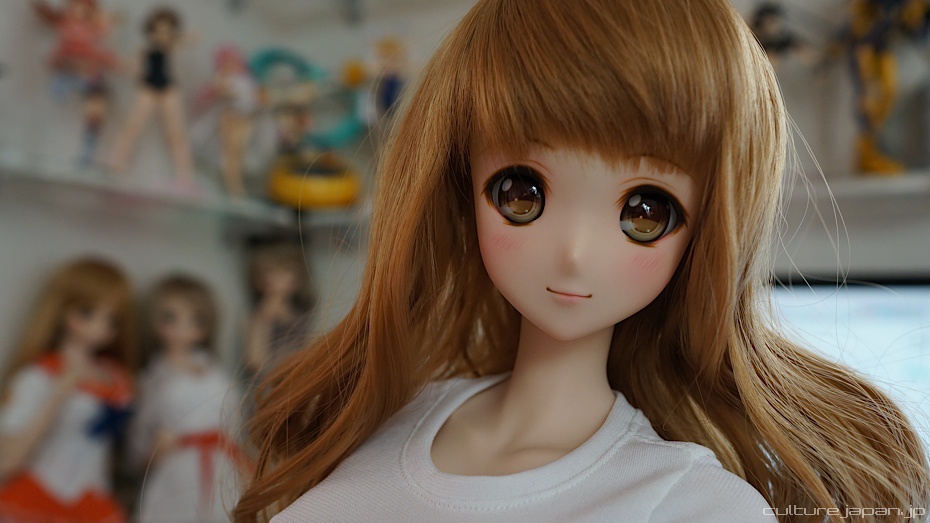 This is a doll of Mirai Suenaga - a project which I've been working on for the past half year. You can see how she was made in this post - many people thought it was an April fools ^^;

Through the production of Mirai, I will be highlighting the various factories that I use to make her so that not only Japanese creators but you too can use the small factories in Japan to create your own dolls and figures. Dolls are made using a technique called slush casting - the moulds are much cheaper than injection casting and is just about affordable for many individuals.

I will be creating a website which has a directory of factories. The plan is for me to visit these factories one by one and take photos of their facilities - then stick them up on the website.
I also plan to have a directory of producers who speak Japanese & English too so that you can go through them if you dont speak the lingo or cant travel to Japan often. I'm also going to have a list of job openings for folks who are interested in working in one of these small factories. 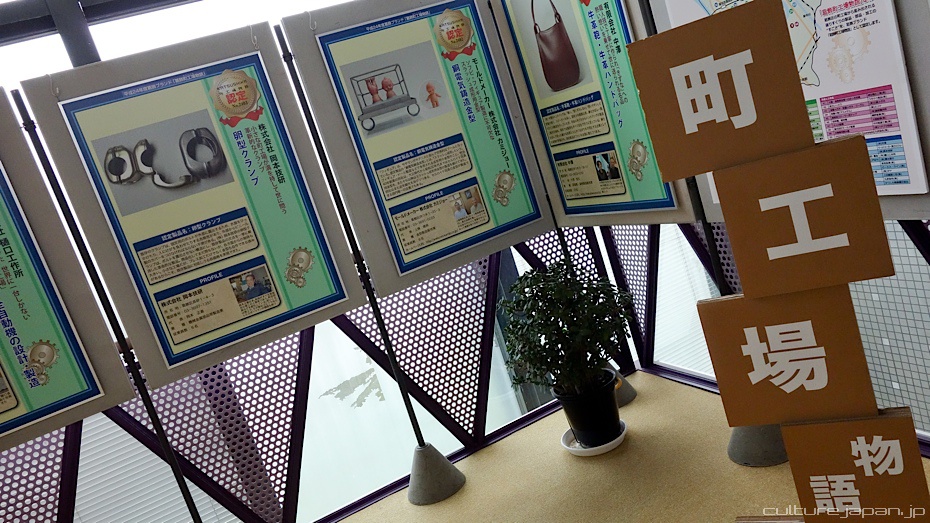 I have hooked up with folks at the Tokyo Chamber of Commerce and Industry who I'm going to work with on this project.
I will also be highlighting small factories who specialise in not just doll or plastics manufacture but also leather and other materials and crafts too with the aim of making it easier for you to turn your creative ideas into a reality.

Is there something that you have always wanted to make and mass produce?