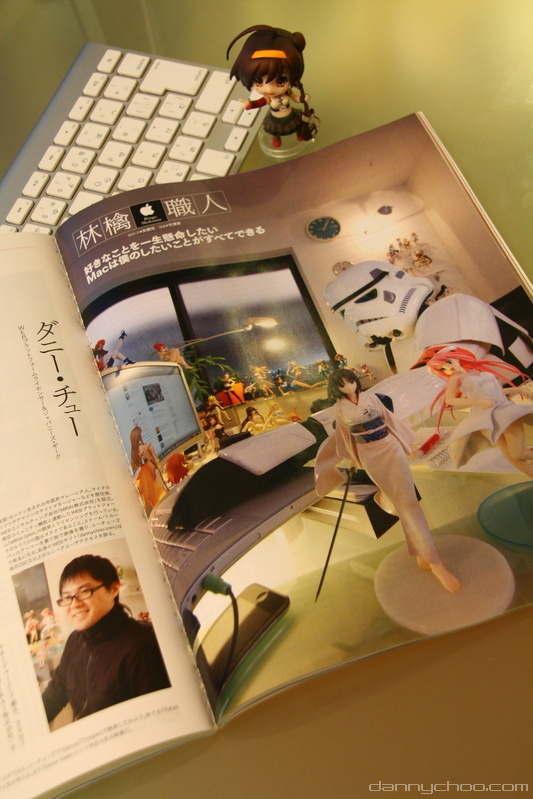 Was featured in Mac Fan - one of Japans major Mac magazines. 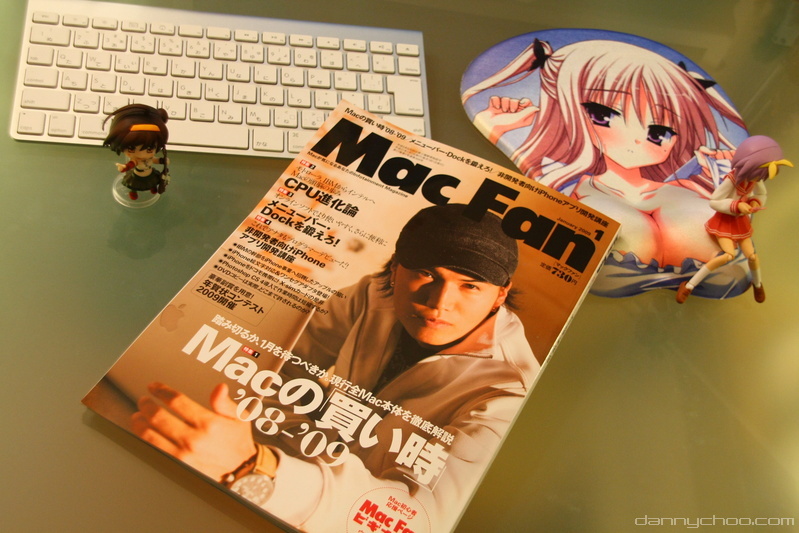 And this is what the cover looks like. The article covers my Mac life, dannychoo.com, my career acheivements, Mirai Inc and our Flagship product Mirai Gaia. A glowing feature unlike the steaming pile of baboon diarrhea that was published in the Singaporean 'news paper' The Straits Times recently.

I spent more than two hours with them after the Animax workshop and the interview seemed to have went well.
What they ended up publishing was some steaming crap which insinuated that I hated working for my father - the editor came up with junk from his/her imagination and basically made stuff up - their 'interview' with me seemed to have given them the privilege of saying what they wanted.

They also chose incredibly childish language for bits 'which I said' insinuating that I cant speak English too!
They dragged my wife and personal affairs into the article and published my personal phone number visible on my business card.

Never met them before and don't know why they chose to publish a menacing article. Very very evil indeed. Just another bunch of people to add to the list of haters. 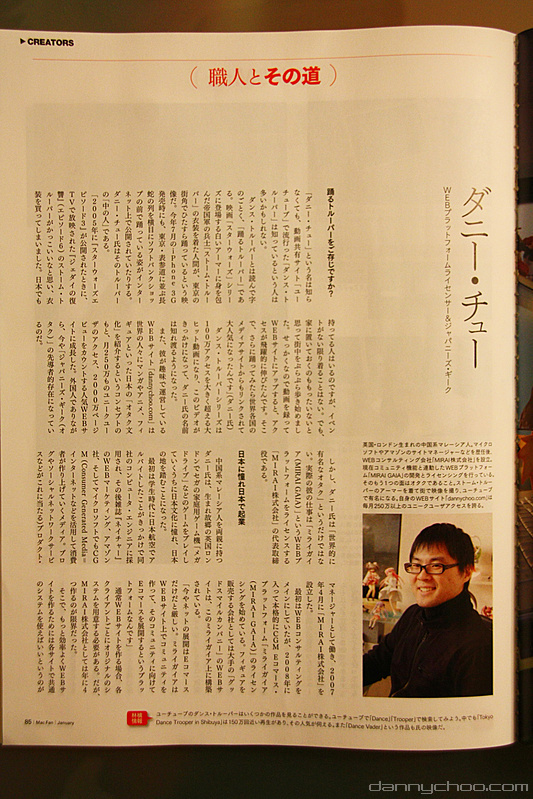 Anyway, the Mac Fan article cheered me up a lot - I have already had business proposals from folks who have read it ^^; 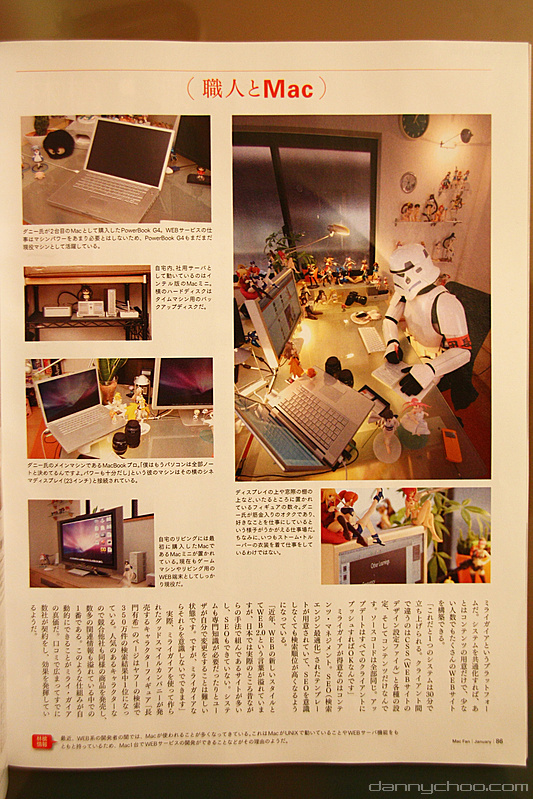 The four page article is called Ringo Shokunin - about designers and creators who use Macs. I talk about how and why I switched to Mac after using Windows for over ten years.

I just needed to get on with my work and not spend all my time maintaining Windows where the underlying technology is still fundamentally the same since Windows 95 - a registry that gets raeped every time you install or run an application.

The only time I need Windows is for doing QA on IE6/7. The sites we build run on Unix and as some of you may know - Mac is Unix based and comes complete with Apache and PHP.

I also love the Mac interface and Expose which makes task switching a breeze. I do have my Mac complaints but am one very happy Mac user. 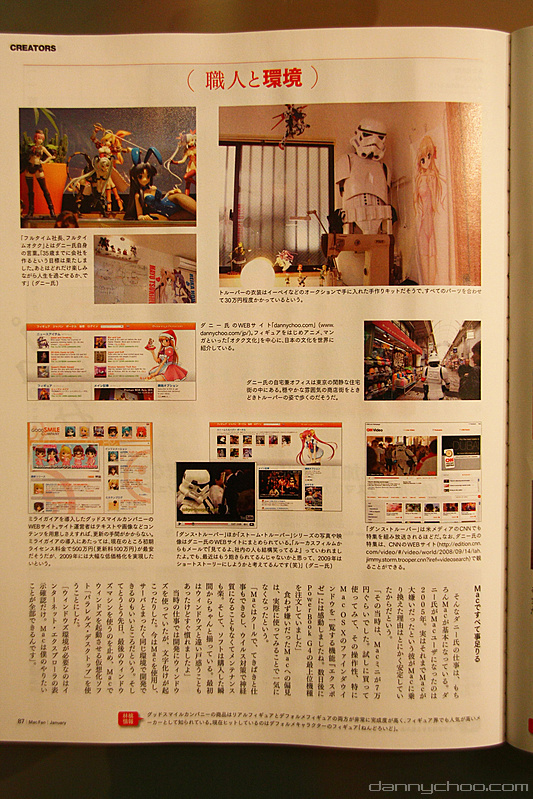 There was a time when I used to hate Macs and couldn't understand why people used them. I used to think that all you could do on them was mail and Internet browsing ^^;

Here are some closeups of the article for those who can read Japanese.
Here we go through Tokyo Trooper, dannychoo.com, my career at Amazon and Microsoft and talk about Mirai Inc and our flagship product Mirai Gaia which is a Consumer Generated Media Search Engine Optimized E-Commerce platform - a mouthful ^^; 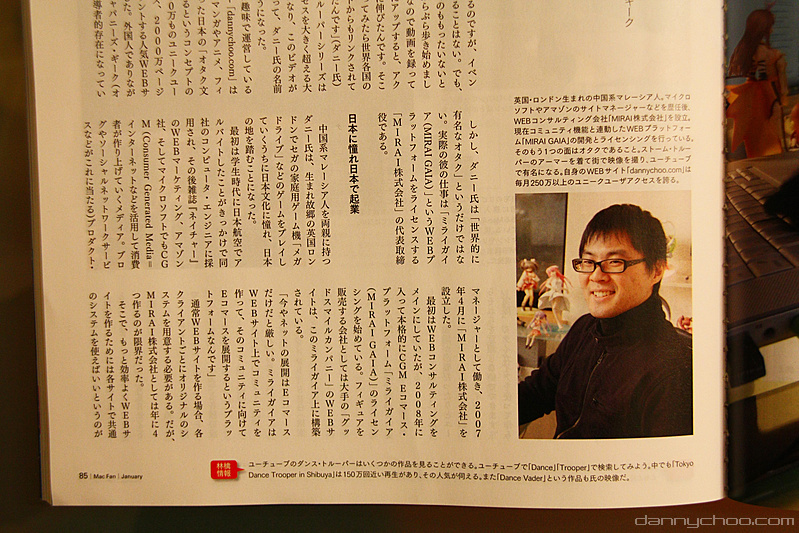 The title of the article is "Live my passion" and "mac enables me to do anything I want." 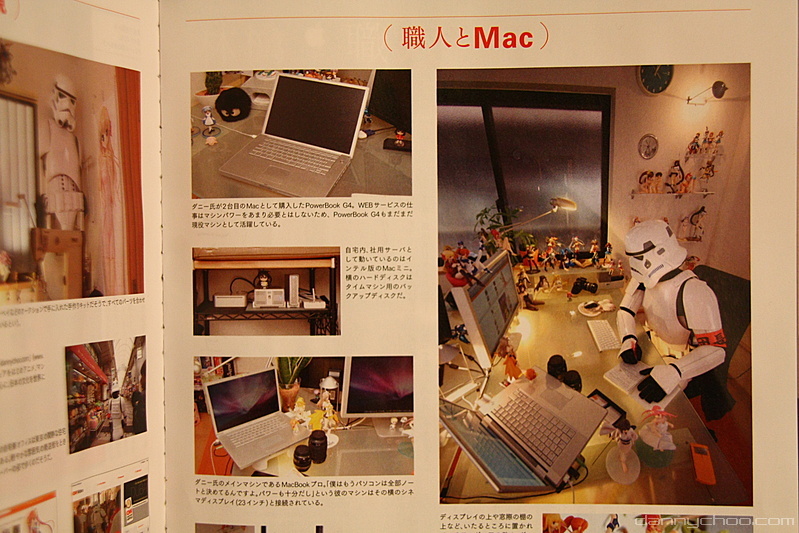 Here we look at me at work and the Mac machines around the home/office. The old PowerBook G4 still in action. Mac Mini used as a print and file server. Has two external drives - 2TB for Time Machine backups and 1TB for file sharing. All the Macs at home are automatically backed up here. 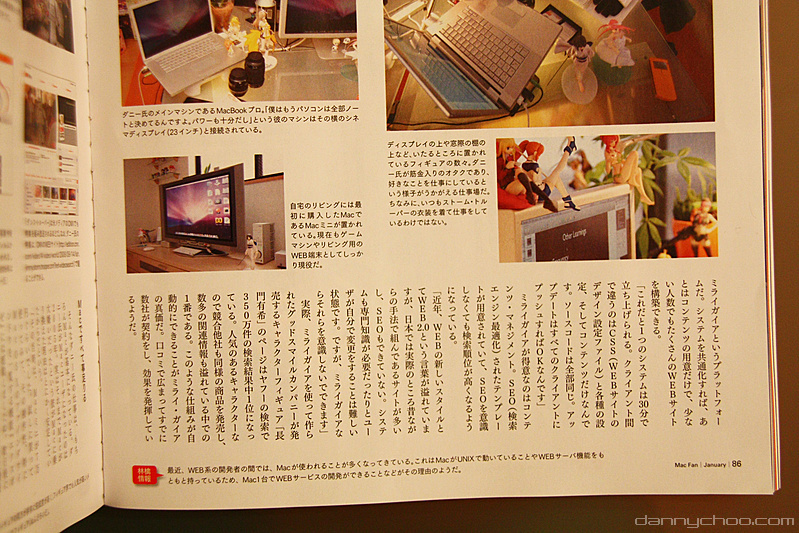 A look at the living room where I have an Intel Mac attached to the plasma - use it to watch open source movies and emulate Windows for QA on IE6/7... 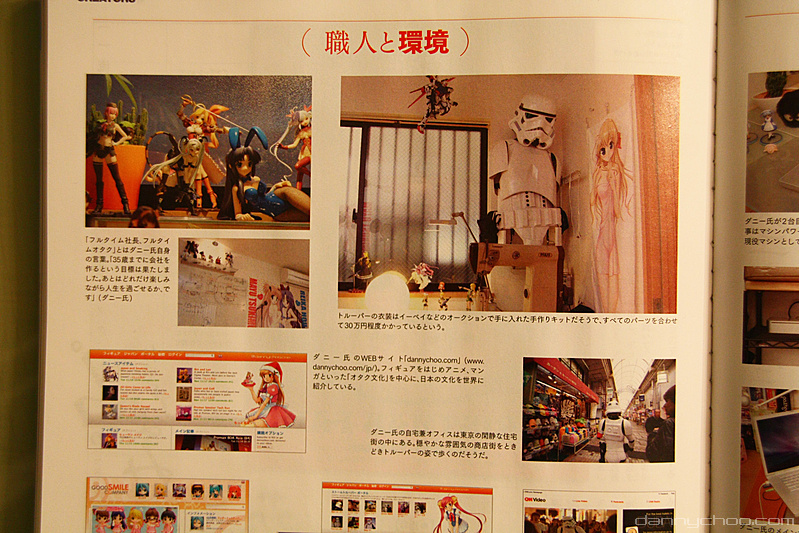 A look at the armor and some figures. 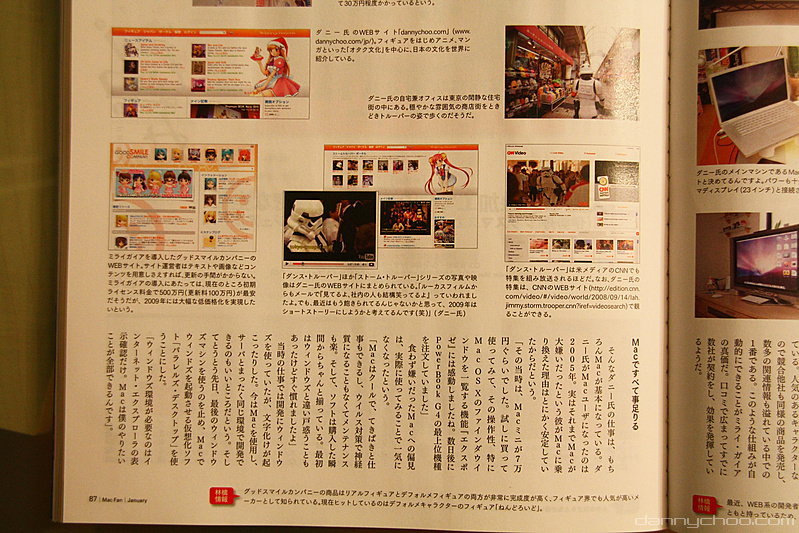 And more info on Mirai Gaia - the Good Smile site with a few examples of how good it is at SEO. For example, do a search for Nagato Yuki (in Japanese) in Yahoo Japan - out of 3.6 million results - the Good Smile site is the first natural result which shows how powerful Mirai Gaia is. The key here is that my clients don't need any knowledge of SEO at all - all they do is prepare contents and Mirai Gaia does the rest automatically. At 5000000 yen is incredibly competitively priced where other web development companies charge over 10000000 yen. 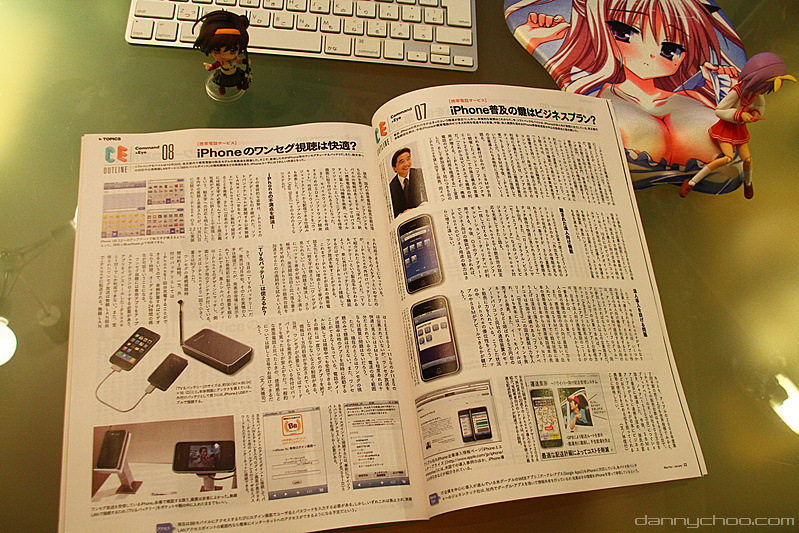 And a look at some of the other pages - they cover Apple gadgets and the like. 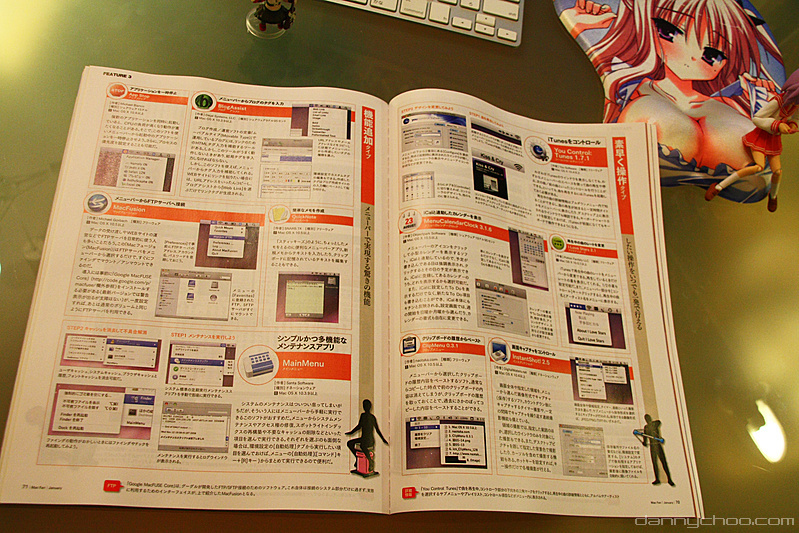 A load of Mac apps are reviewed too. 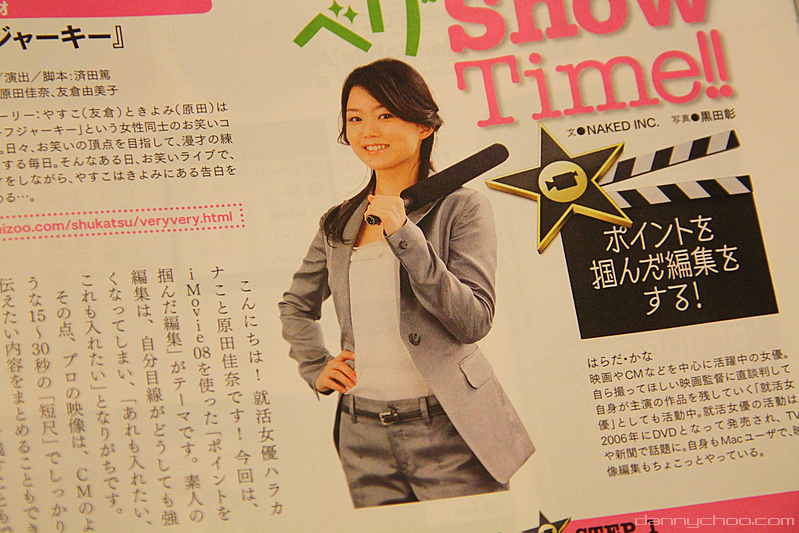 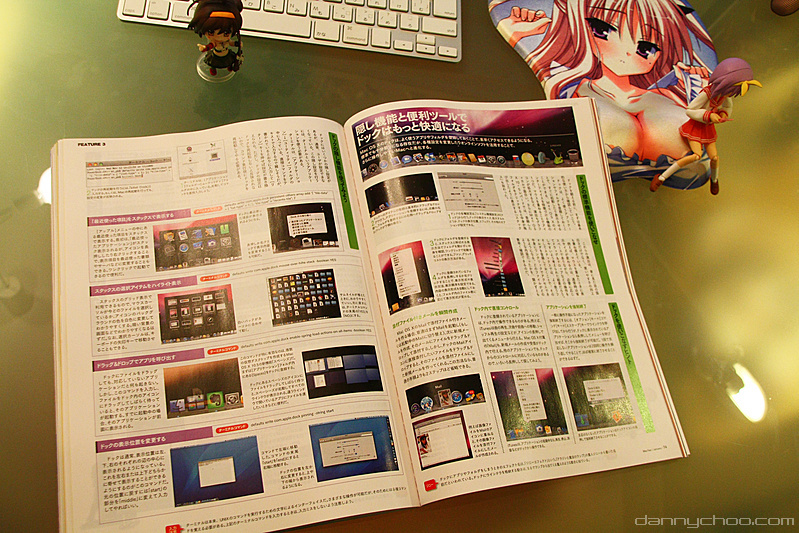 And hints n tips on how to get more from your Mac life. 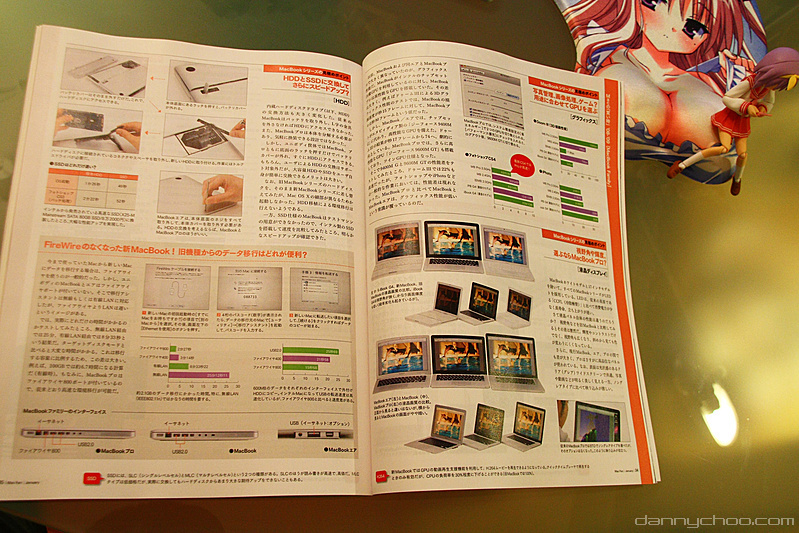 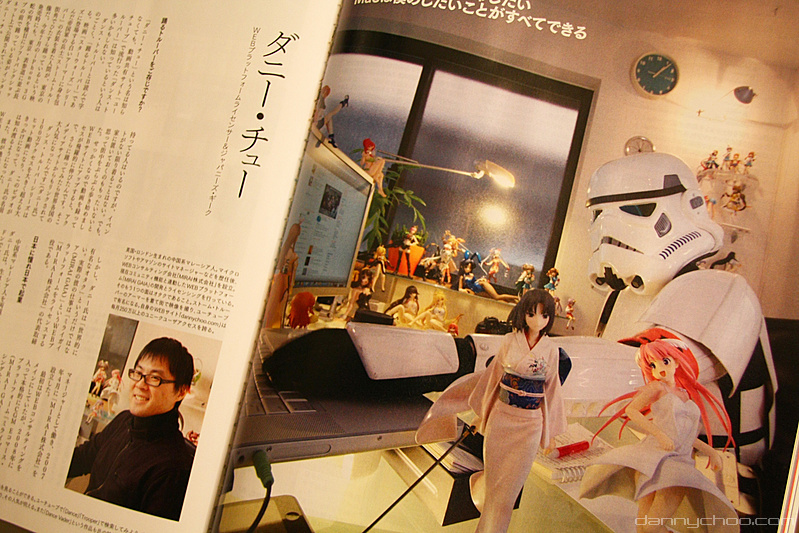