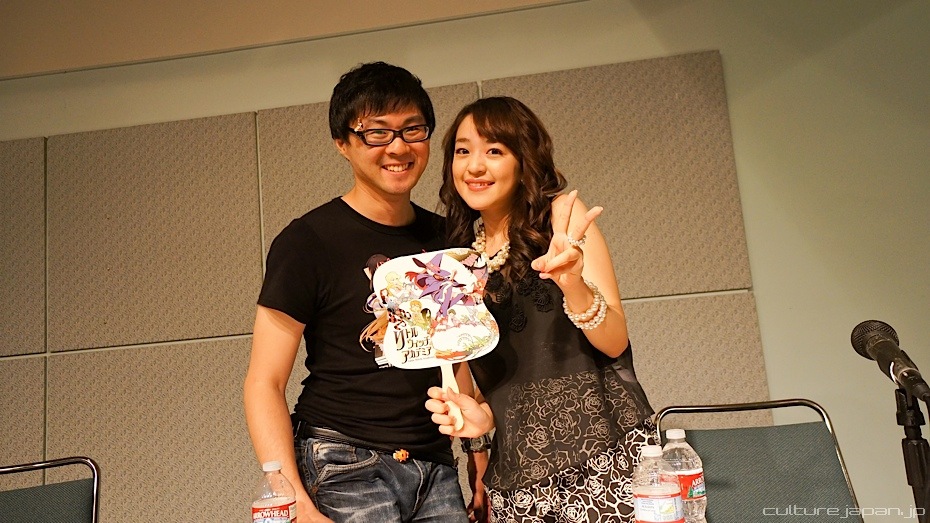 Little Witch Academia - originally started off as a government funded short anime that has received much attention from the anime world for its quality of animation and charming story.
The first instalment was uploaded to YouTube which has sparked a Kickstarter for a follow up that has raised nearly half a million USD so far!

There was a Little Witch Academia panel at Anime Expo 2013 which I was the MC for which had a great turnout - full house!

First photo is with Megumi Han - the voice actress for the main character in LWA called Akko. 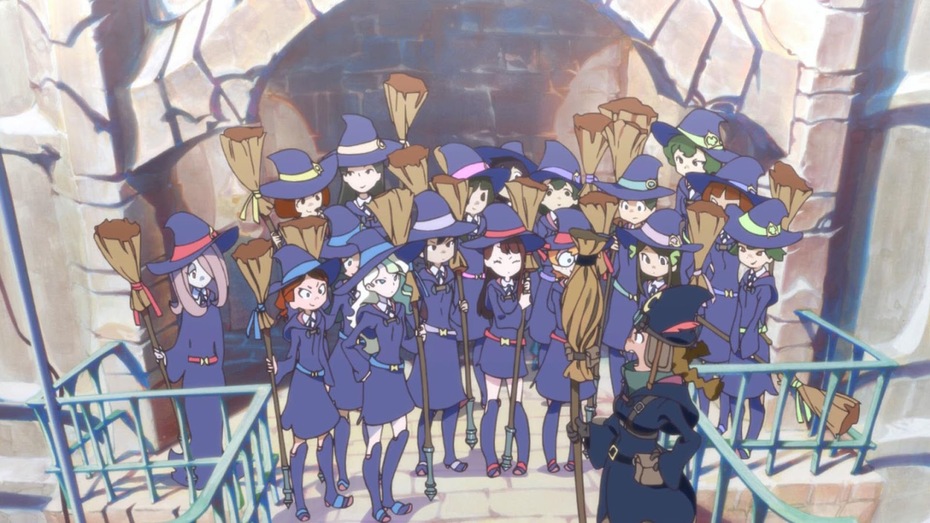 If you have not yet seen the anime, check it out for free on YouTube.

And if you want a sequel then chip in now^^ 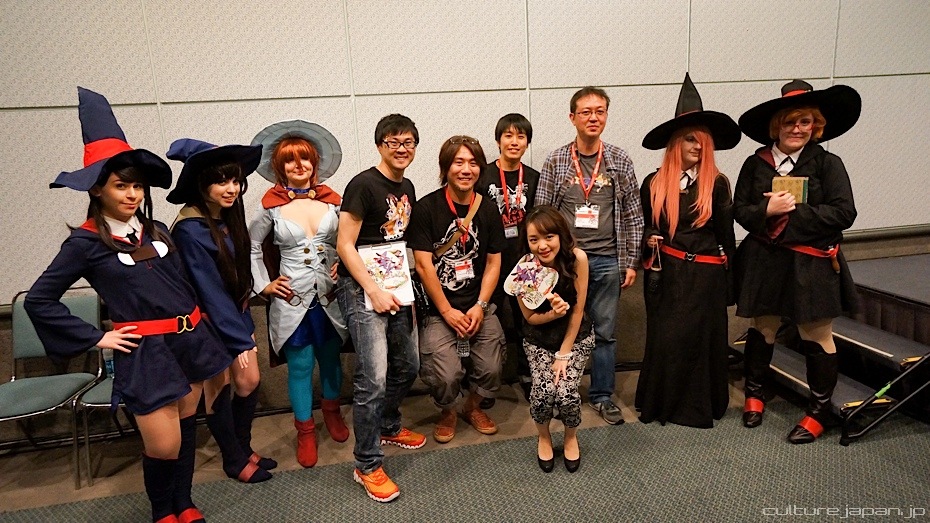 Together with the team - the chap next to my left is Aki Takanori who spearheads this project - he is also the boss of Good Smile Company. 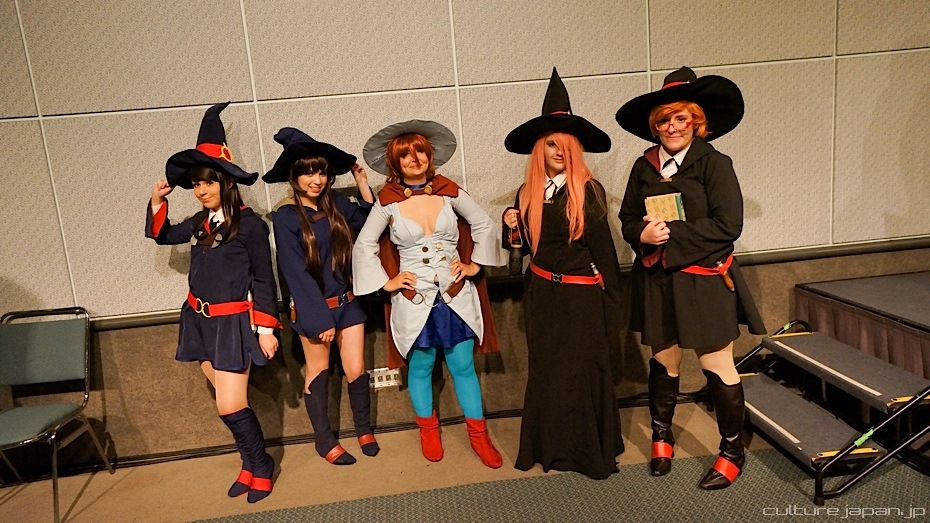 Thanks to all the cosplayers who came to show support! 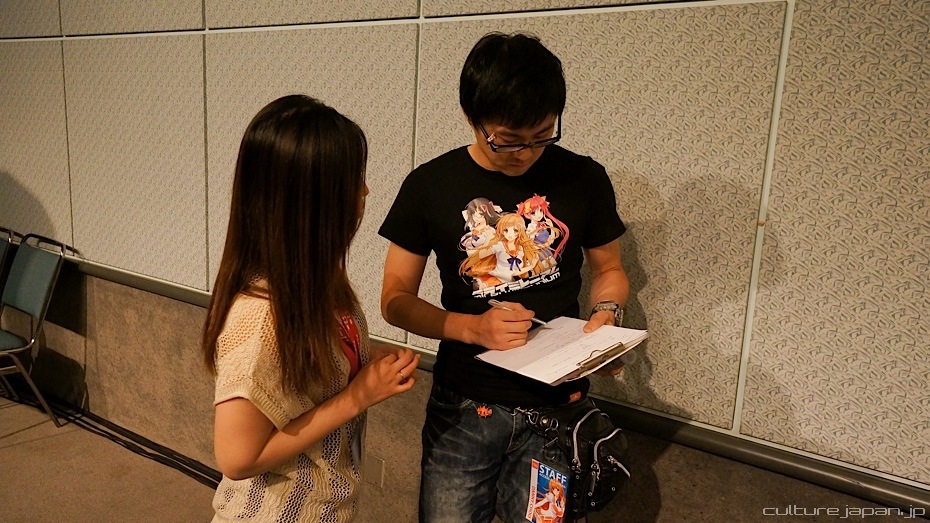 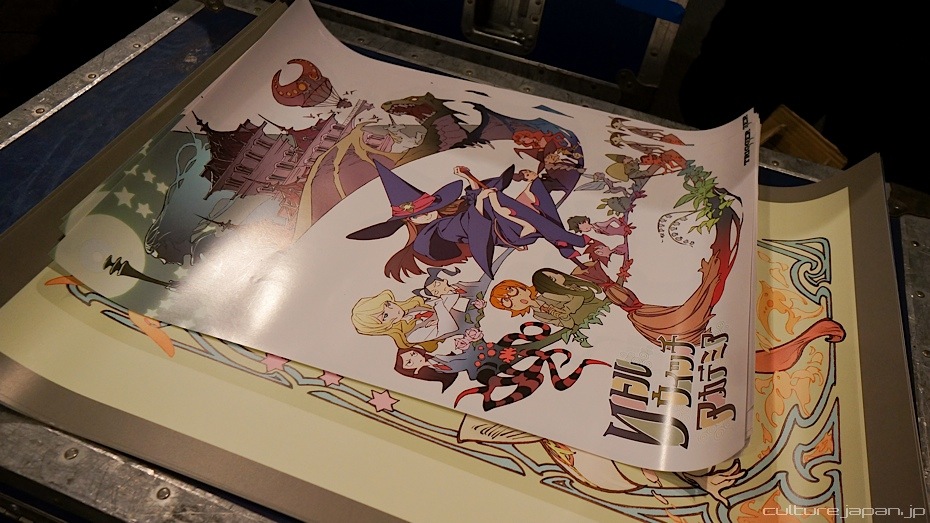 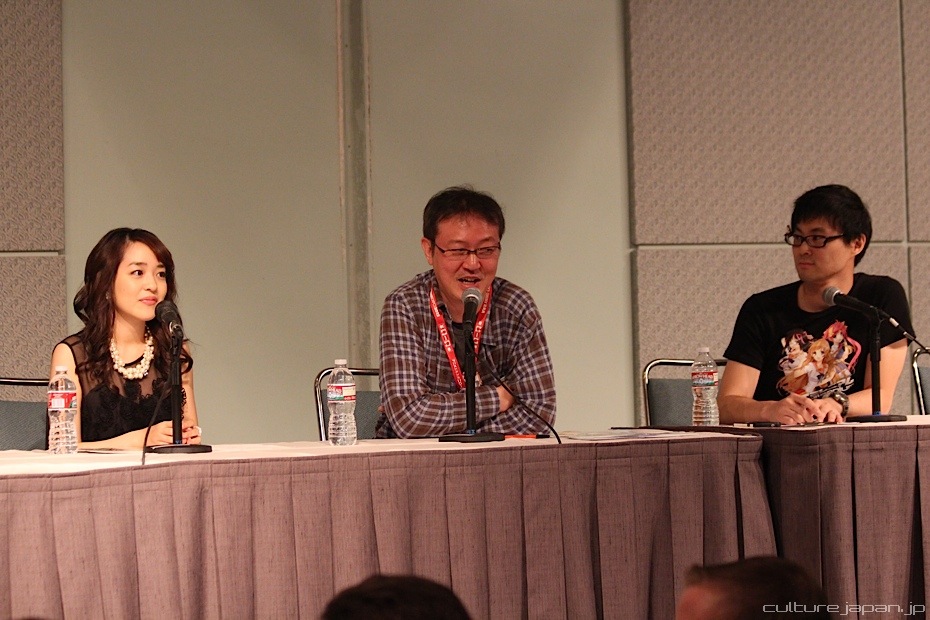 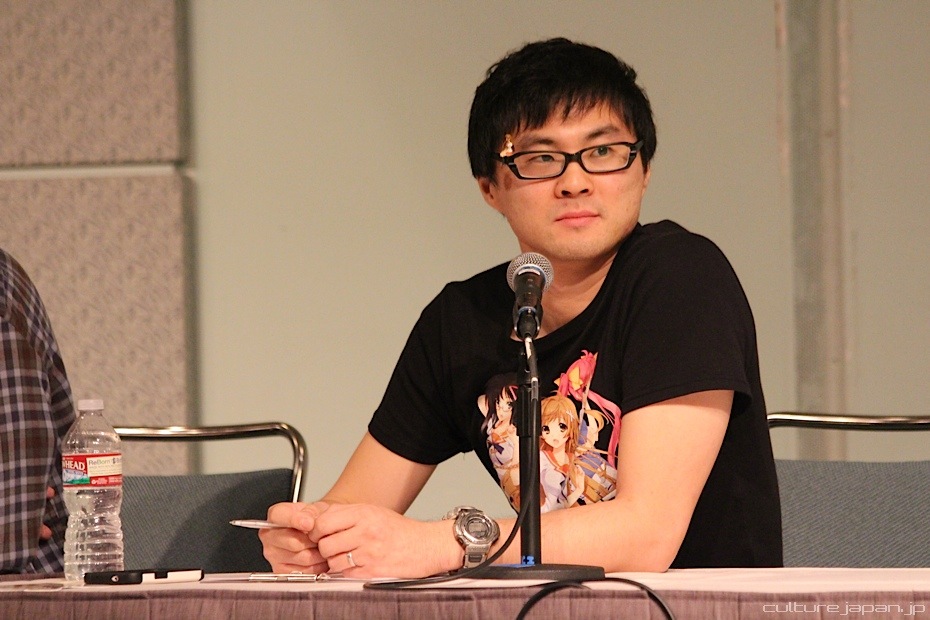 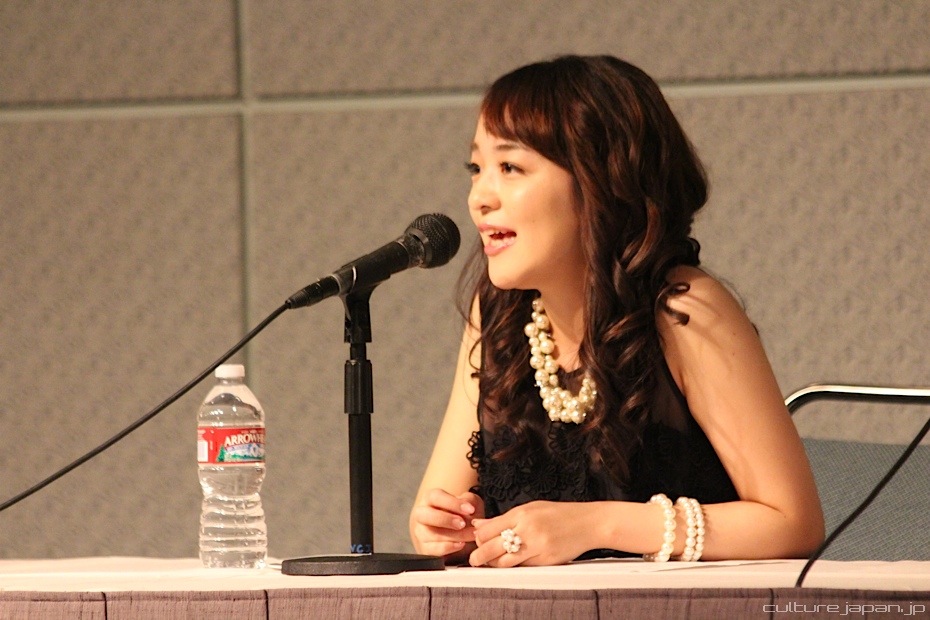 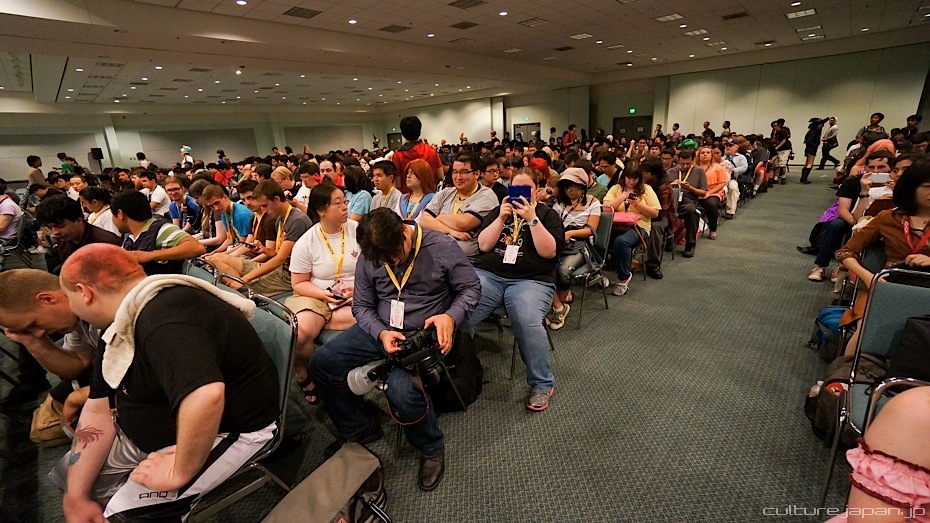 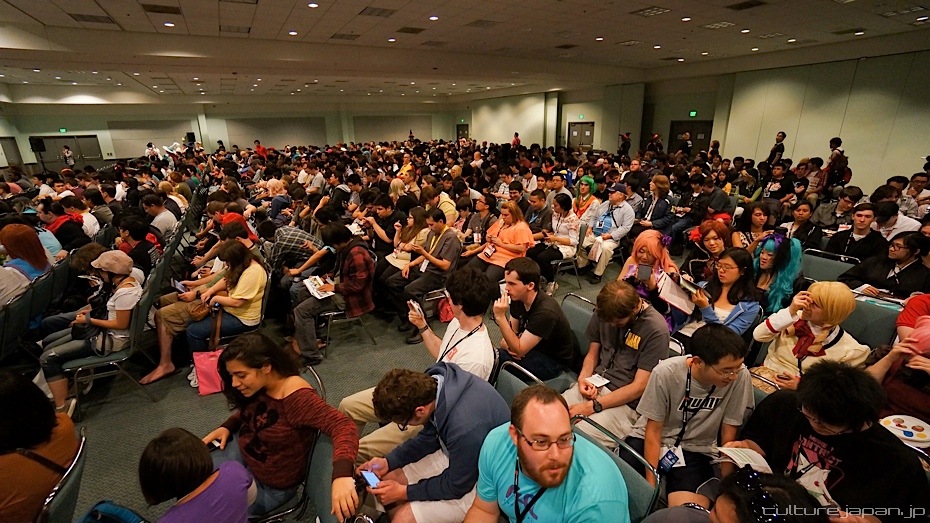 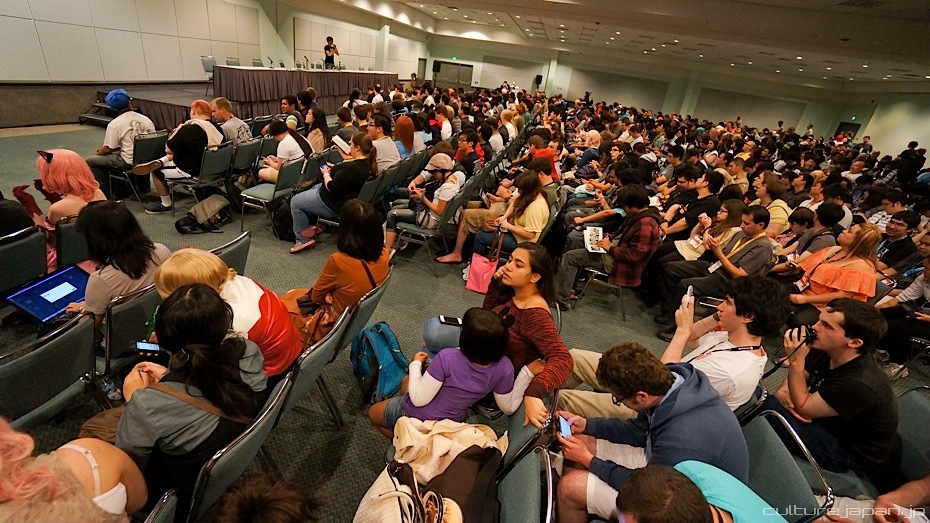 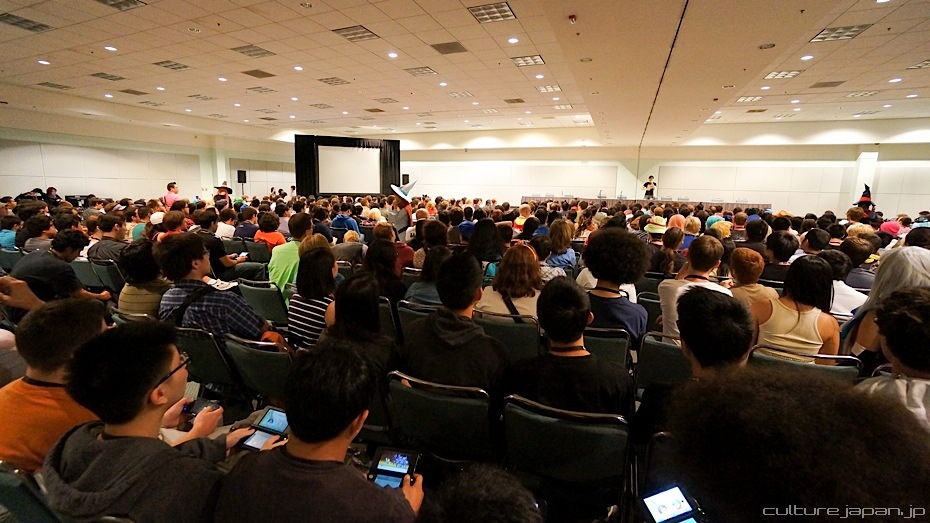 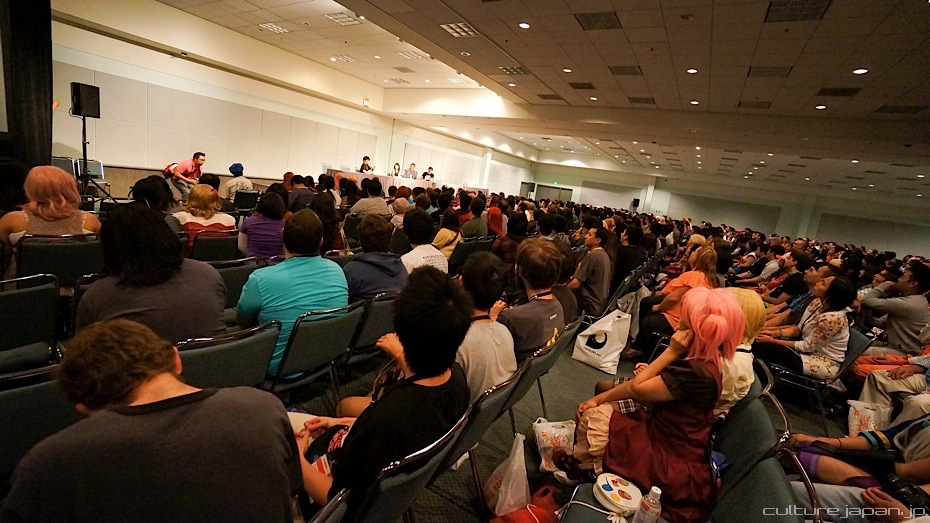 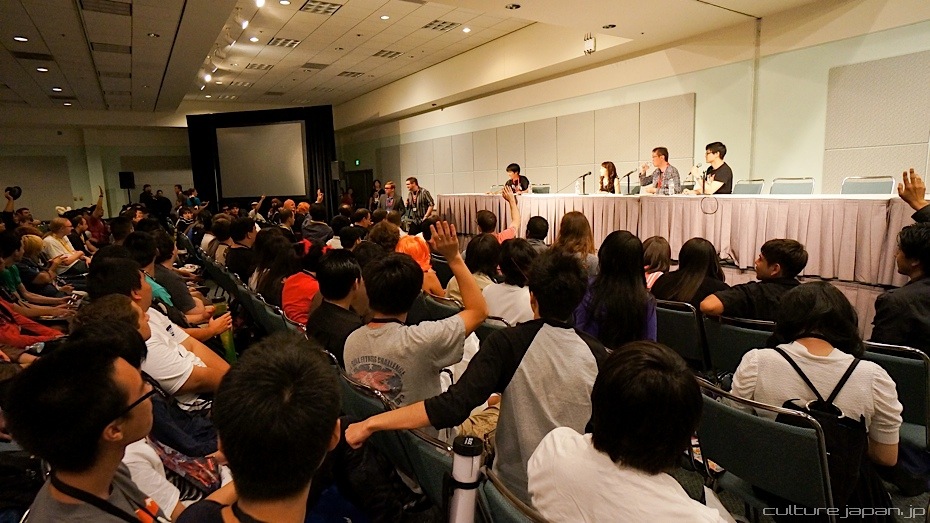 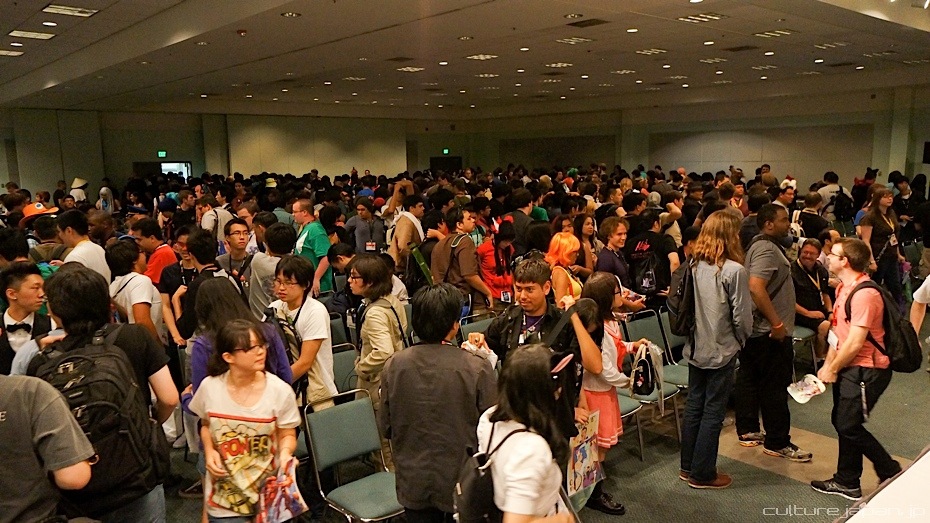 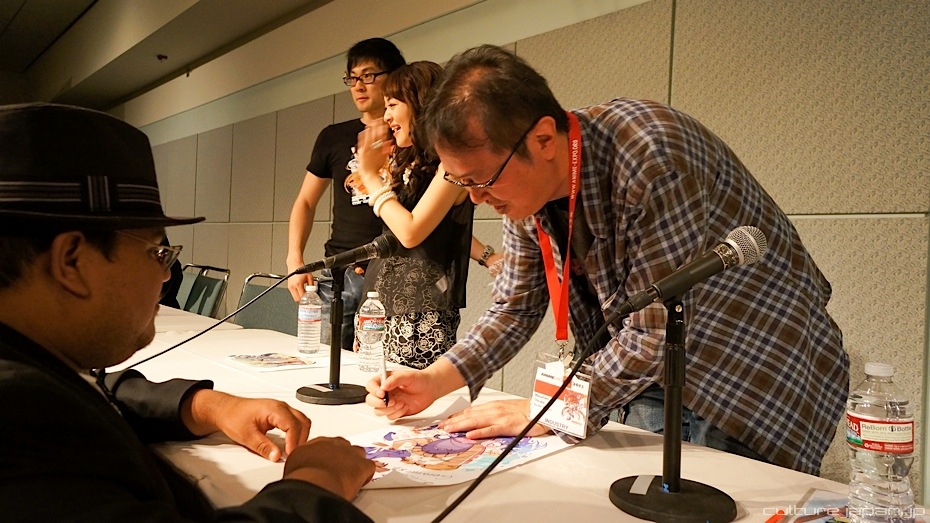 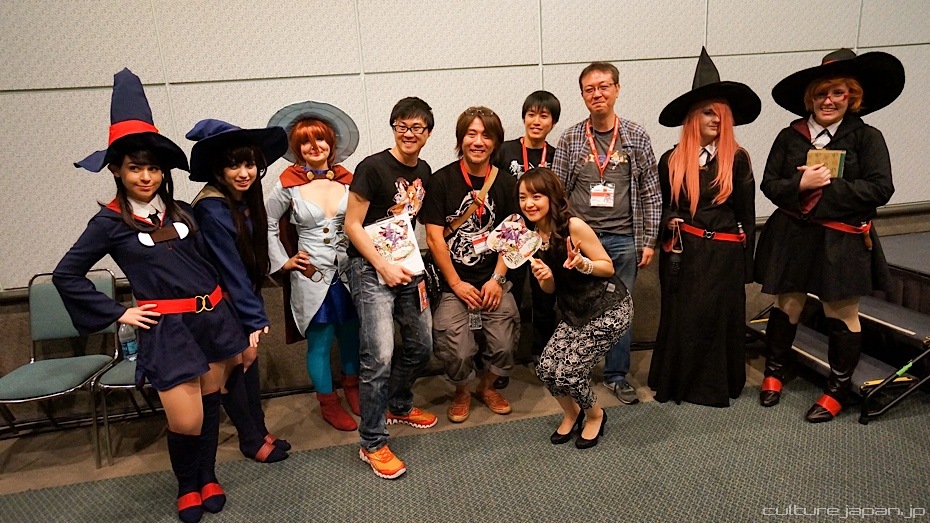