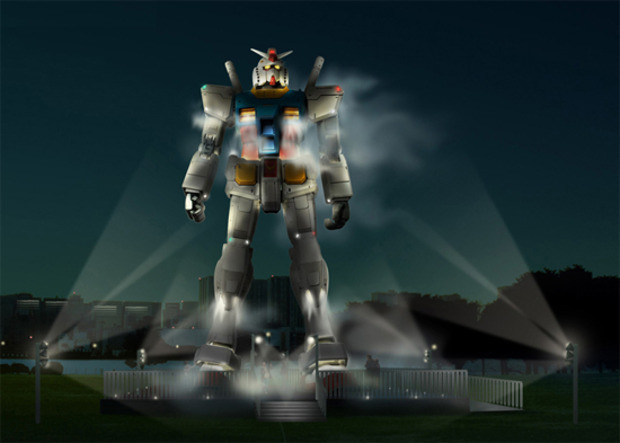 Late hijack desu. Very much looking forward to seeing this life size Gundam thats going to be built in Odaiba round the corner.
Apart from the head being able to move up/down/side to side, there will be devices all over the body that will let of some steam as illustrated in the image - Gundam fart?

See more pics at Walker Plus giving you a rough idea of how big its going to be.

Original text from zoniku below.Japan has finally done it. They've built an actual life-size RX-78-2 Gundam (from the very 1st Gundam anime series) as part of Gundam's 30th Anniversary. It's 59 feet tall, built with fiberglass-reinforced plastic over steel, & the head will be able to move. Japanator has more info in their post. It'll be finished in July & be up for 2 months before being taken down. Seeing it will be free of charge.

Obviously, this is an otaku's dream come true. Pretty sure this makes you guys excited, doesn't it? Makes me hope they'll do something like this for Evangelion someday...

Pic also from Japanator since I couldn't find anything better.