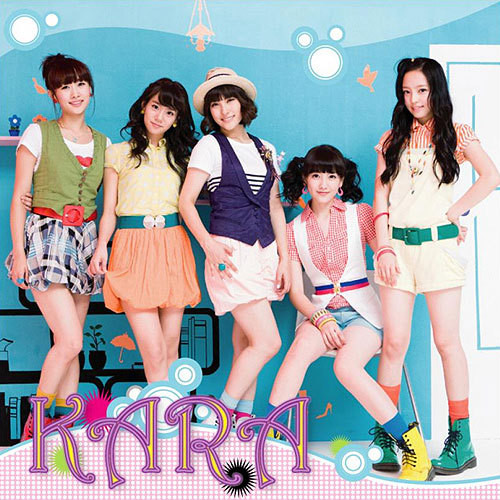 Thanks to Jin for posting this. While I speak, read and write Korean, my current line of work doesn't involve me speaking it at all which is a bit of a shame. My first position as Web Marketing Executive at Nature had me speaking Korean nearly every day. Would travel to Korea often for work too.

My wife watches K Drama from time to time though which is good listening practice although the story always seems to be boring.

Never heard of Kara but do like their sounds - want more!

As with learning Japanese, I listened to a lot of KPop including Clon, Solid, Pak Mi Kyung and Baby Vox/Fin.K.L that Jin mentions below.

One of my fave girl groups was S.E.S - they got good tunes and are also cute.

Original text from jinstevens below.Kara is yet another girl band from Korea. Their song, Honey, recently made it to number 1. It's been interesting comparing them to Girl's Generation who I wrote up earlier. Kara seems to go more for the cute concept rather than the sexy / beautiful that Girl's Generation aims for.

If you think I like KPop girl bands, then you probably guessed right. Probably started with Baby Vox back in the day, then Fin.K.L. and a host of others.

Was surprised to learn that one of the Kara's members was only 15 and still in middle school!