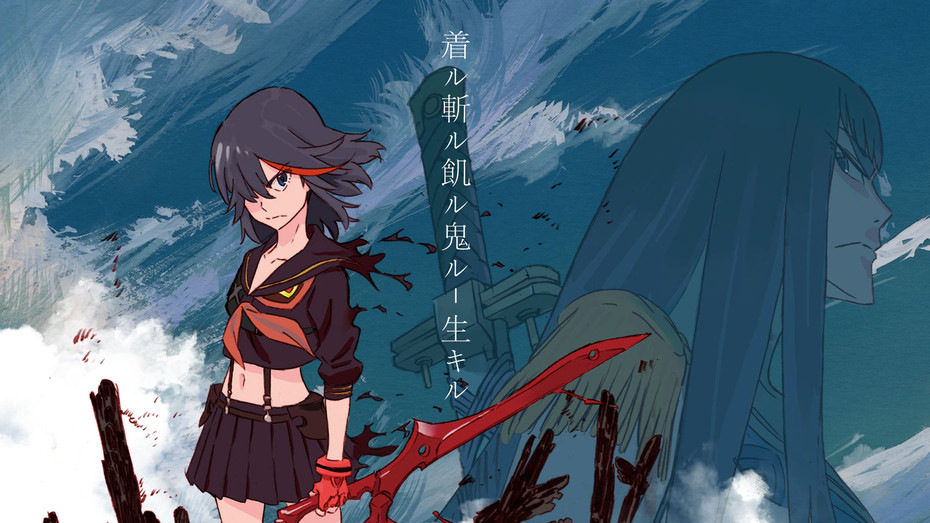 Kill la Kill is an action fantasy television anime series by Trigger which is directed by Imaishi Hiroyuki and written by Nakashima Kazuki with character designs by Sushio , trio of whom had previously worked together on Gurren Lagann . 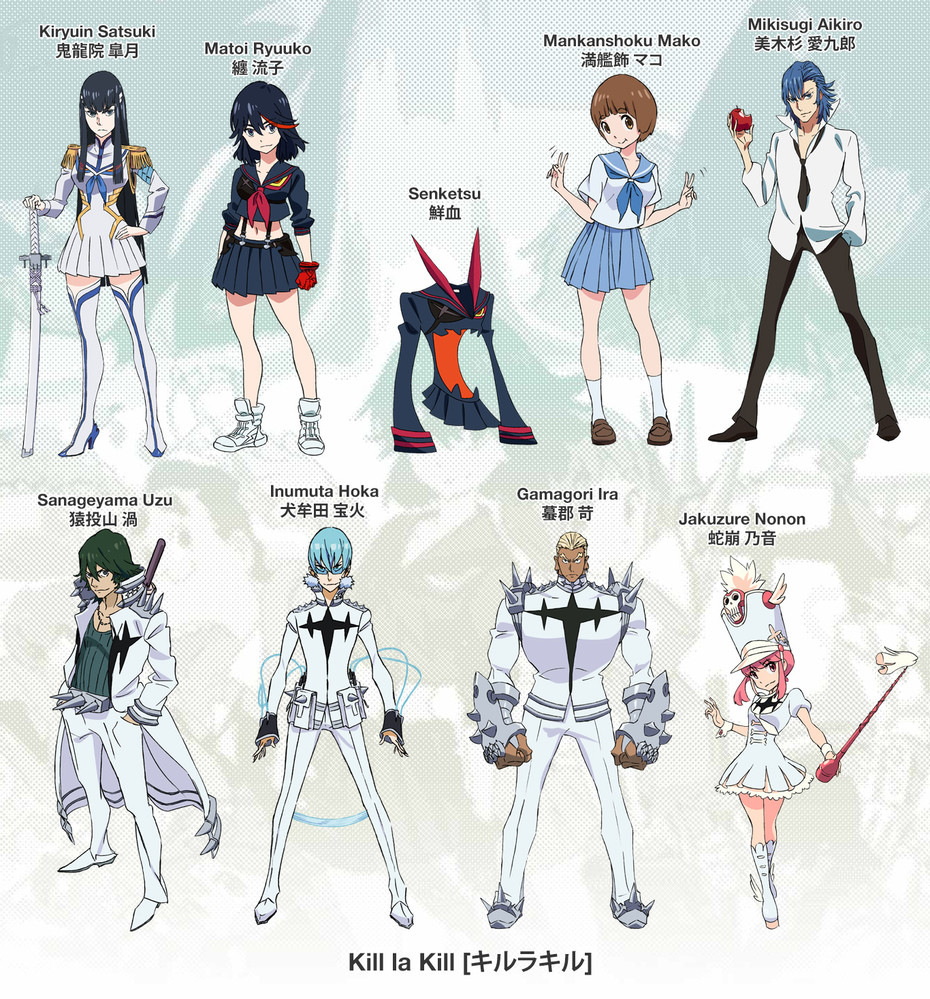 The story takes place in a high school where students possess uniforms that give them various powers and abilities. The two main characters are Matoi Ryuuko and Kiryuuin Satsuki. Ryuuko carries a large weapon shaped like half of a pair of scissors. She's looking for the woman who carries the other half who killed her father. Satsuki, student council president of Honnouji Academy, is said to know the woman's identity, so Ryuuko transfers there. Those who arrive at the school receive a special "reverse uniform" that Satsuki has used to rule the school with its power.

CM of the Kill la Kill below

And below is the short PV 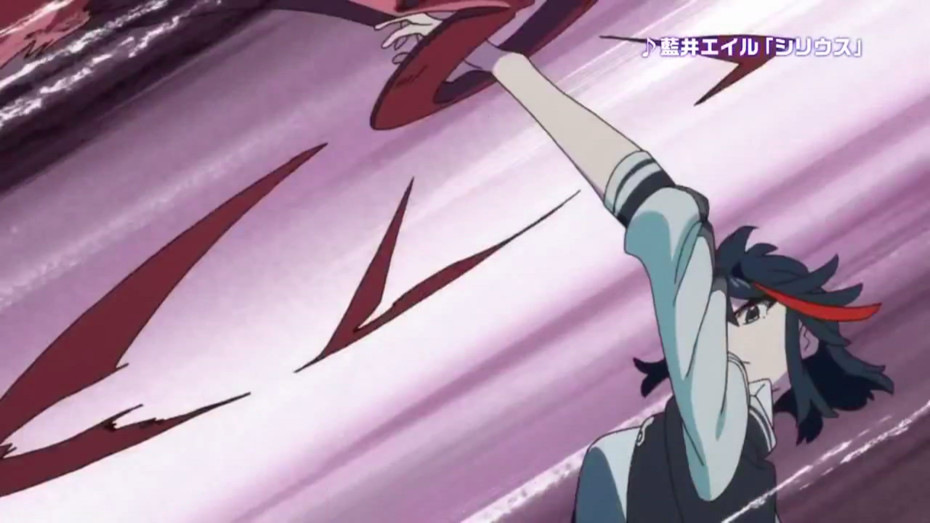 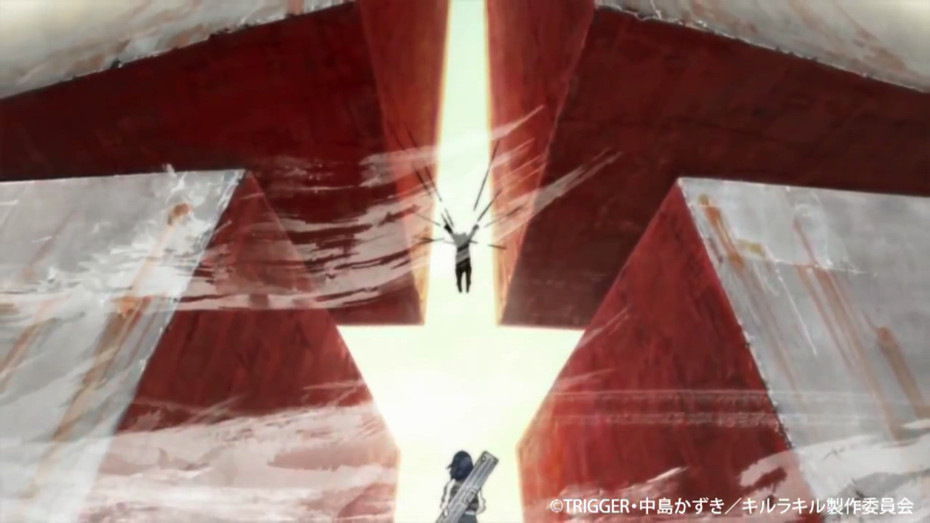 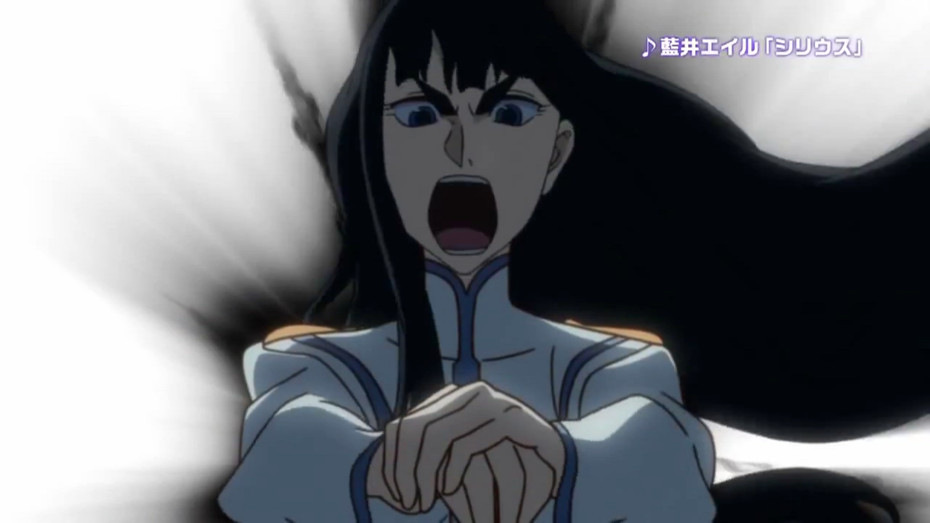 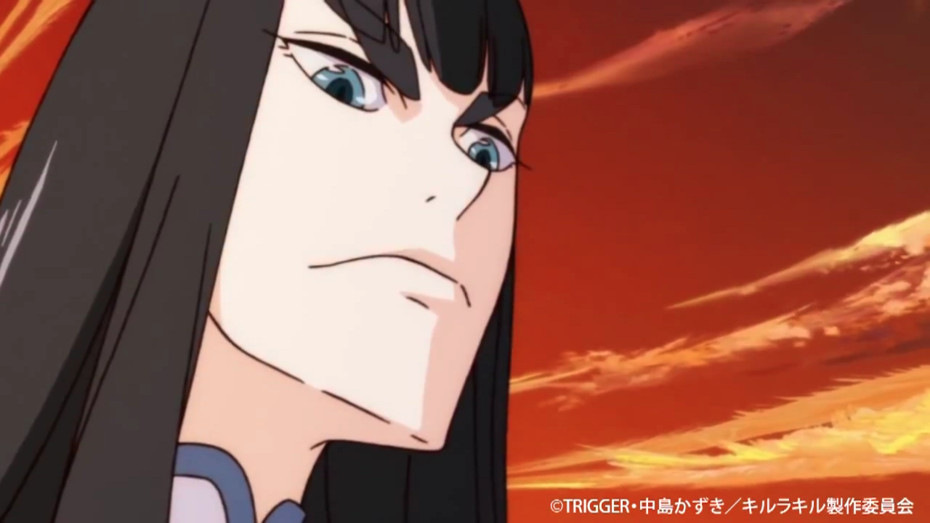 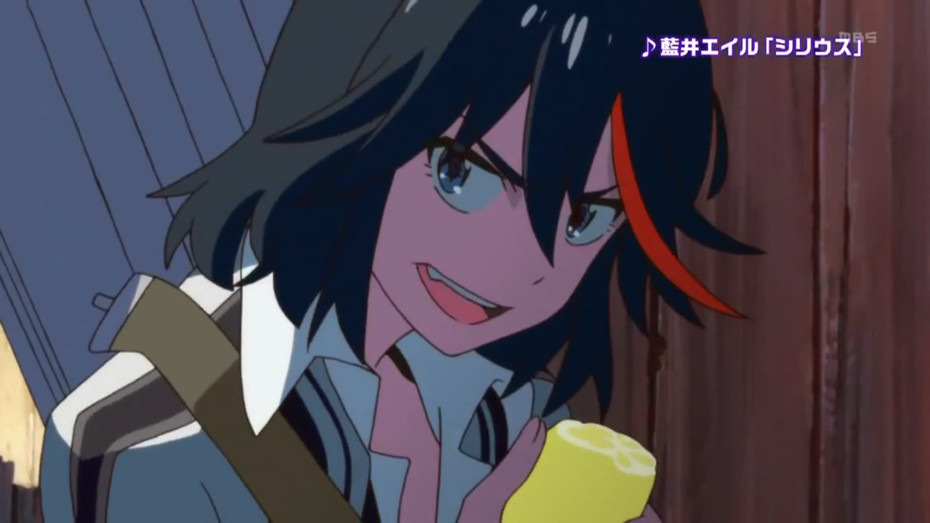 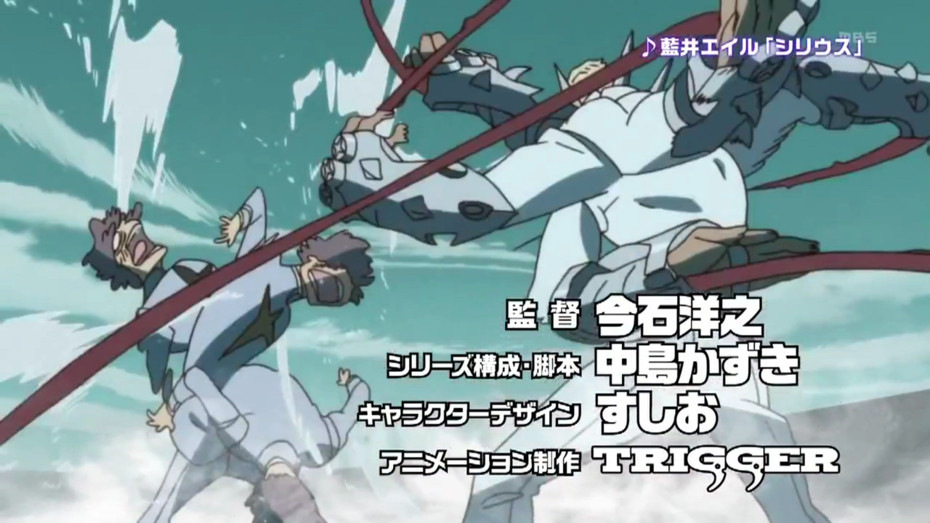 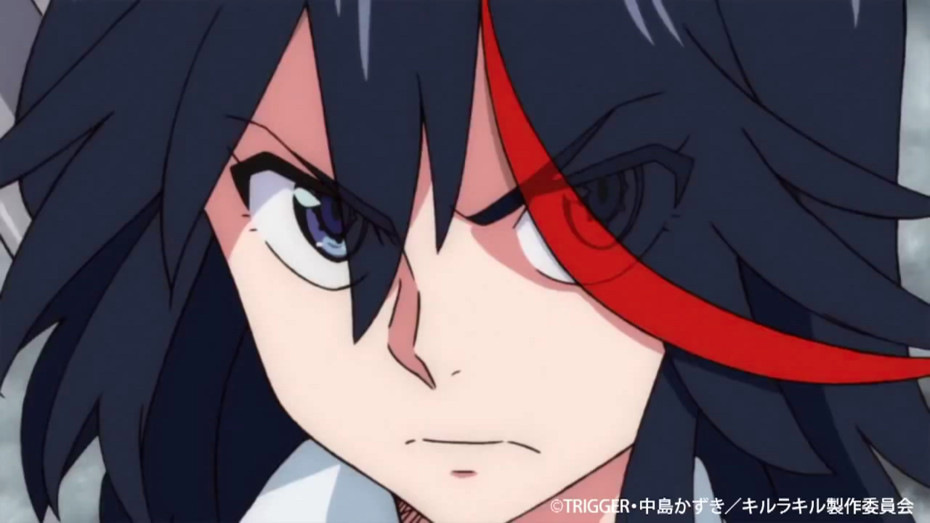 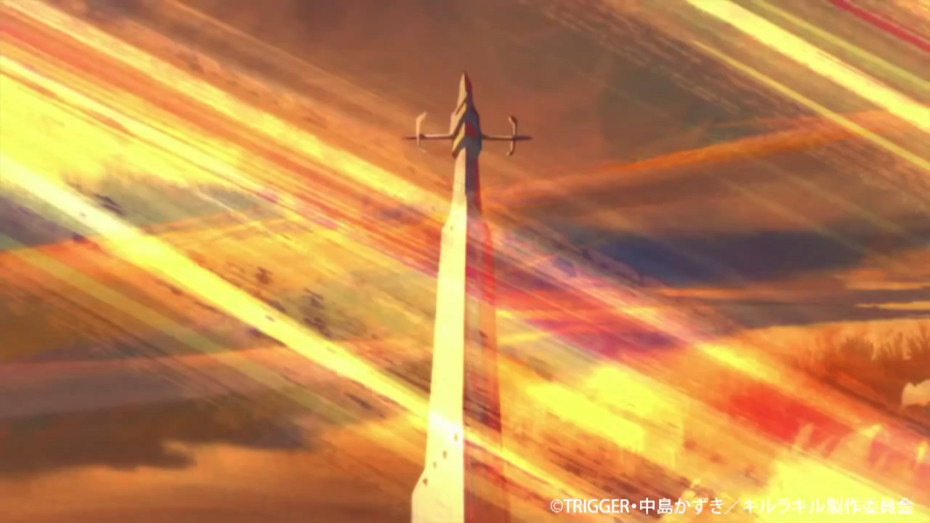