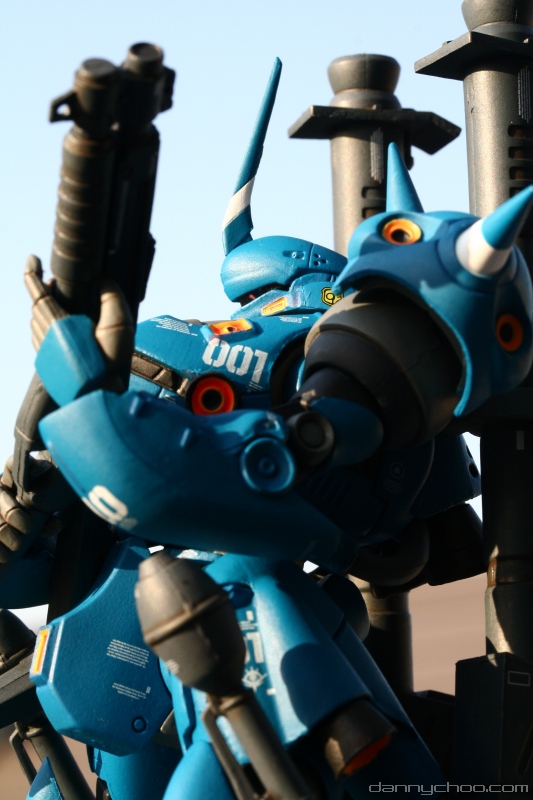 Sorry that’s its been a while since the last Gundam gallery. Its just that GFF figures come with a million bits of armor – swapping around armor and posing takes much more time than a standard figurine so I end up always doing the figures first.

Released recently is ZEONOGRAPHY #3011 Kampfer from the Gundam anime series War in the Pocket. This release comes with the usual armor to change into a different version of Kampfer but not that much different to warrant a double purchase.
Due to the size of the limbs, its not that articulate but the head does move back far enough to do the kampfer-flying-low move.
Two sabers are provided but I think Bandai forgot to make the hands so that they could actually hold the sabers properly (doh!)

BTW, If you have not seen War in the Pocket, do try to get hold of it. It starts off with a bunch of kids which makes you wonder how good its going to get but it gets so good that you end up crying at the end. 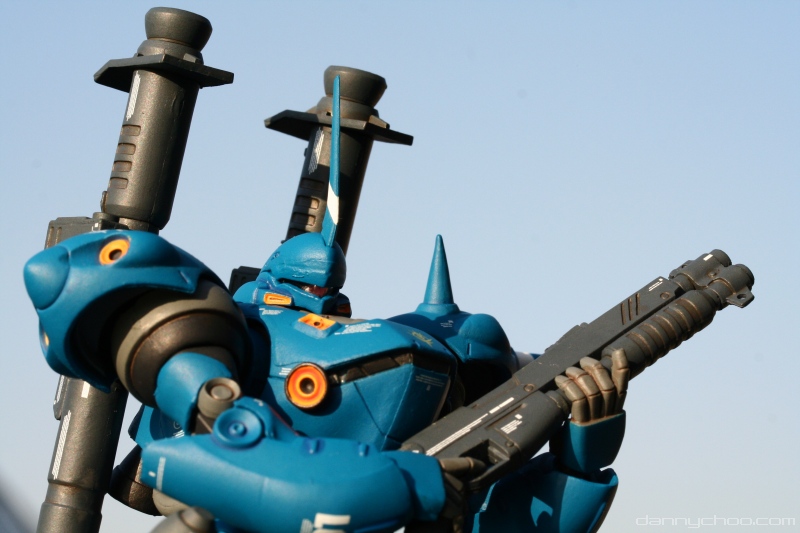 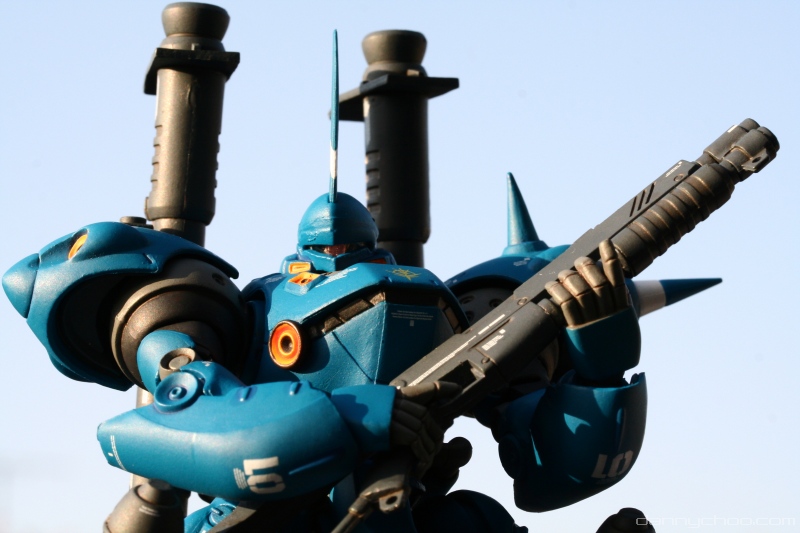 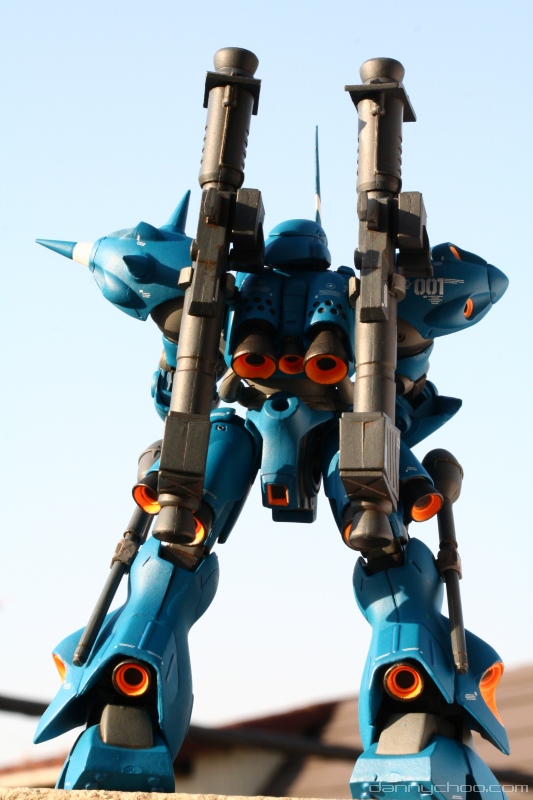 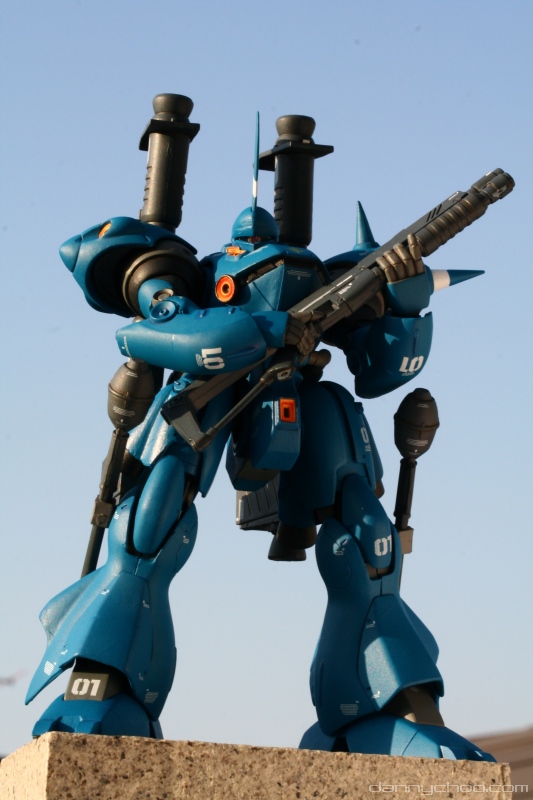 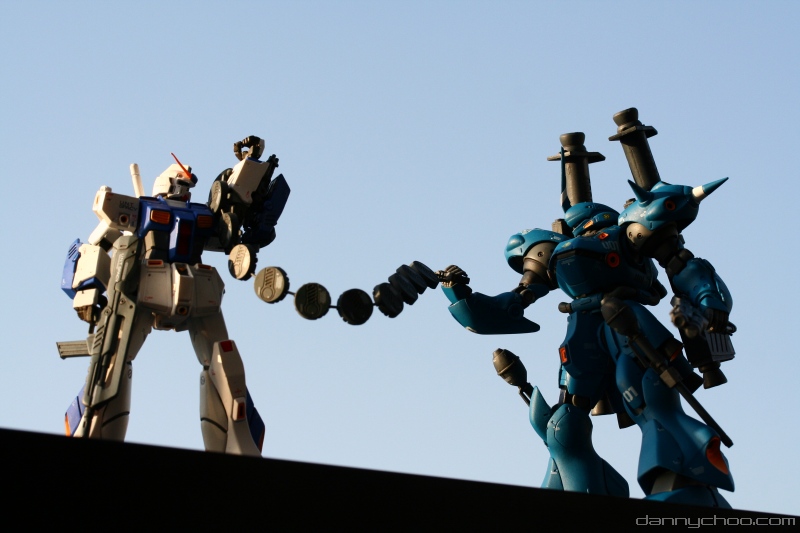 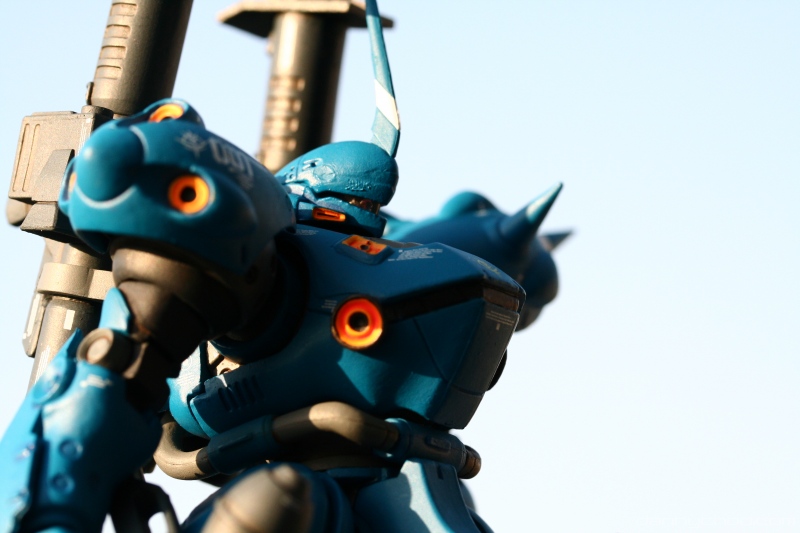 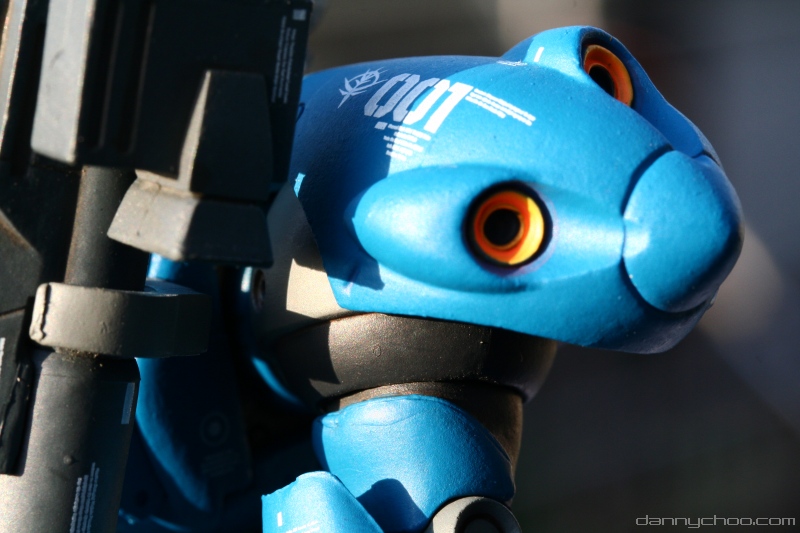 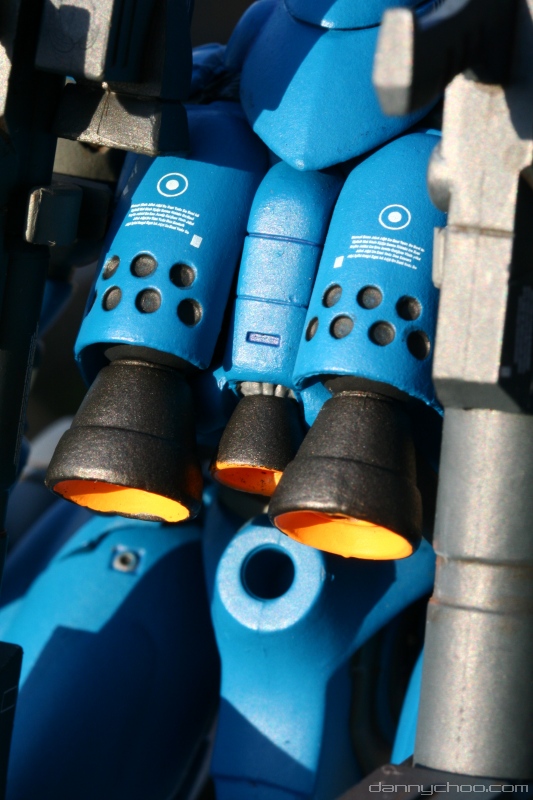 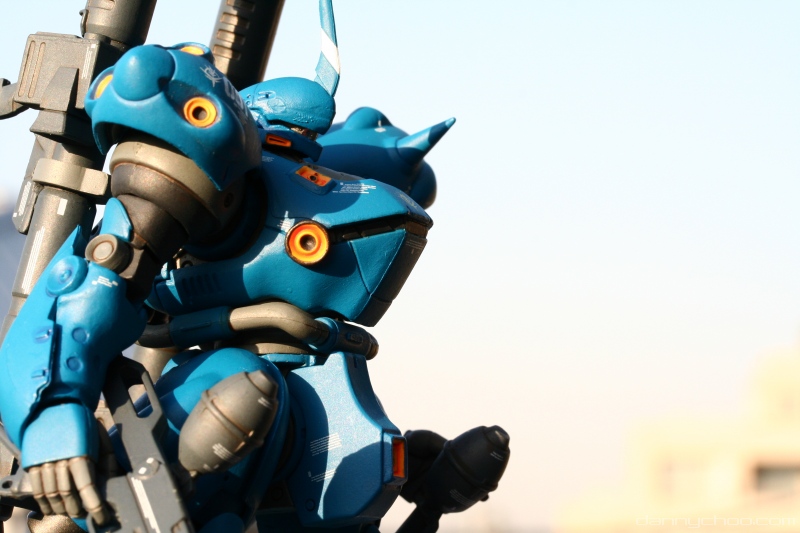 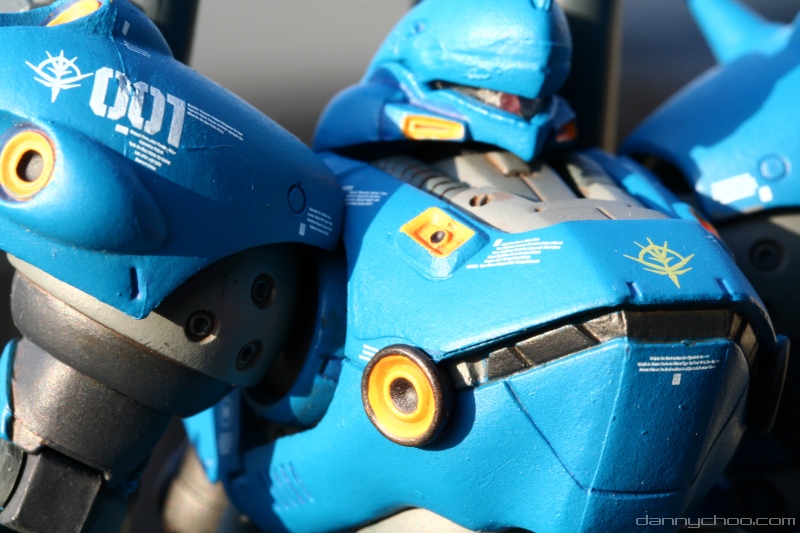 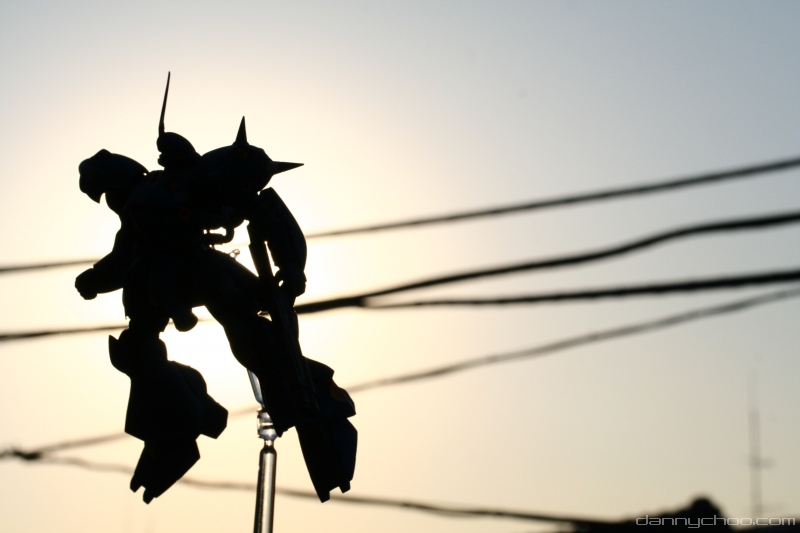 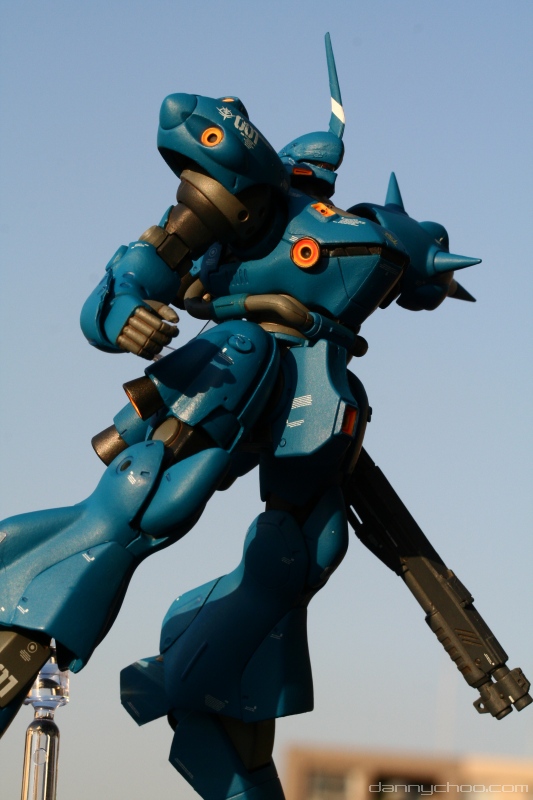 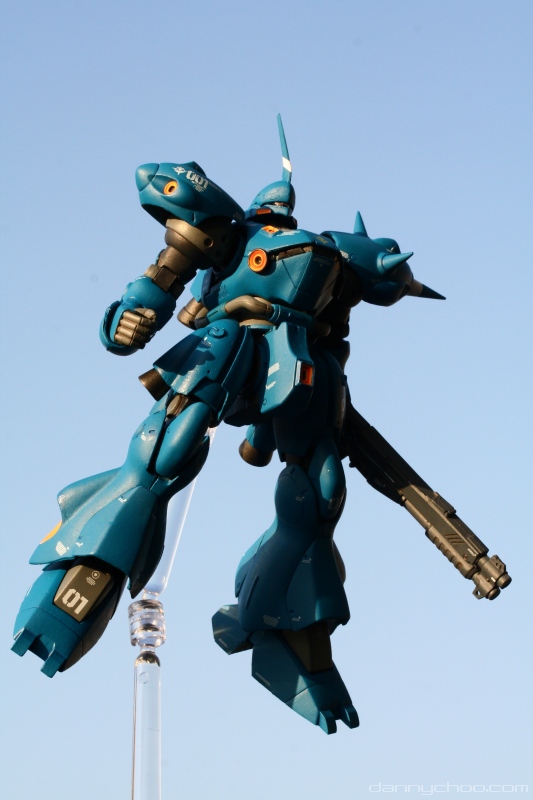 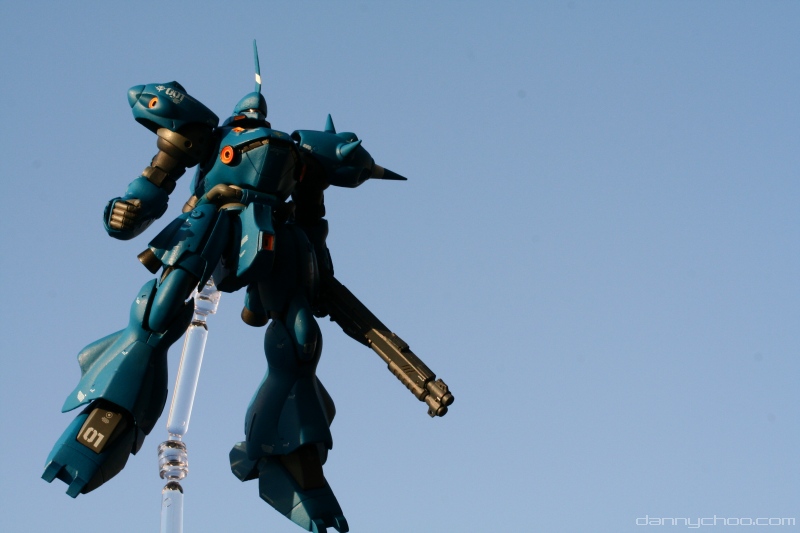 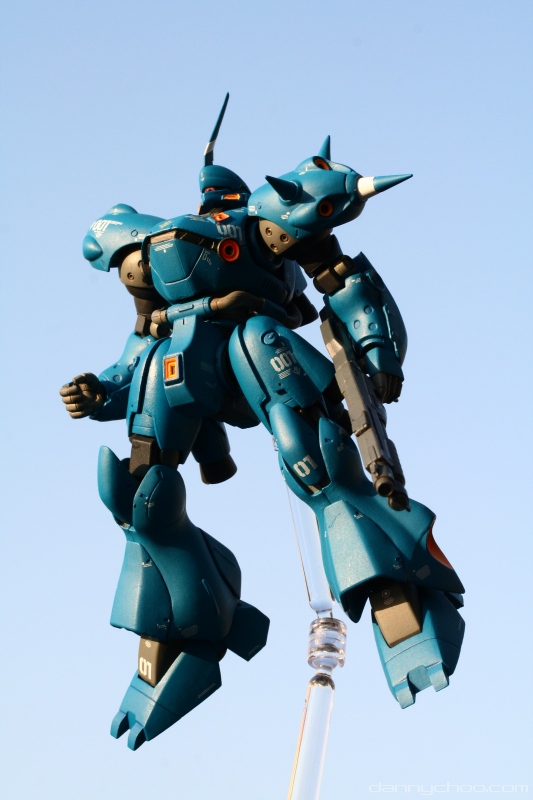 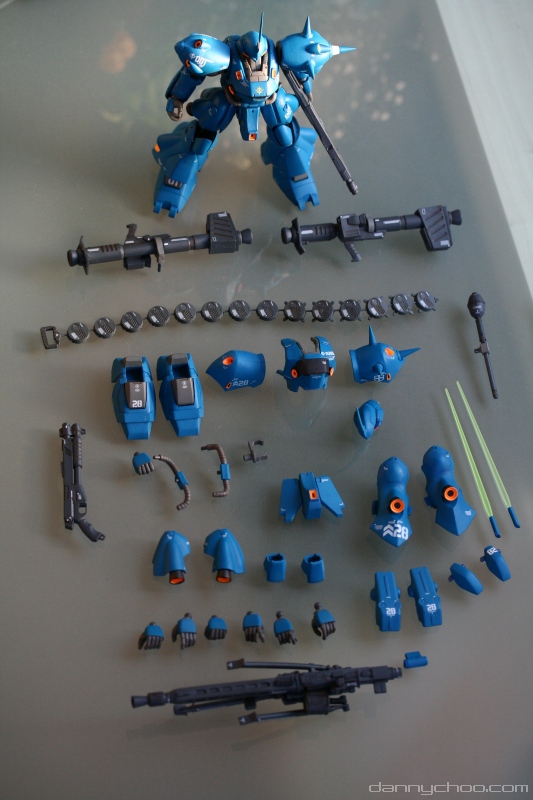 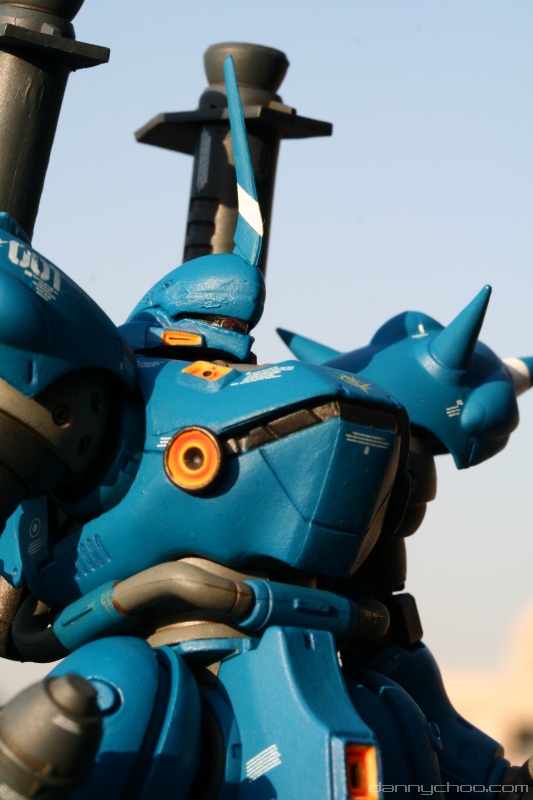 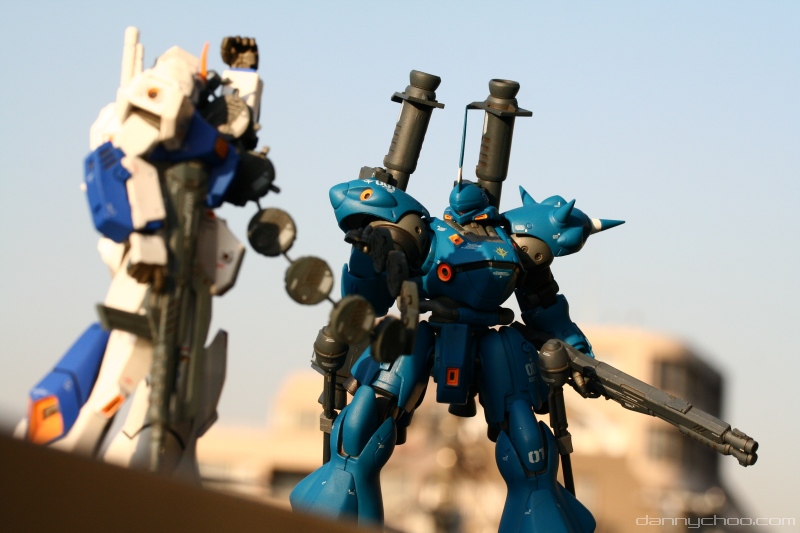