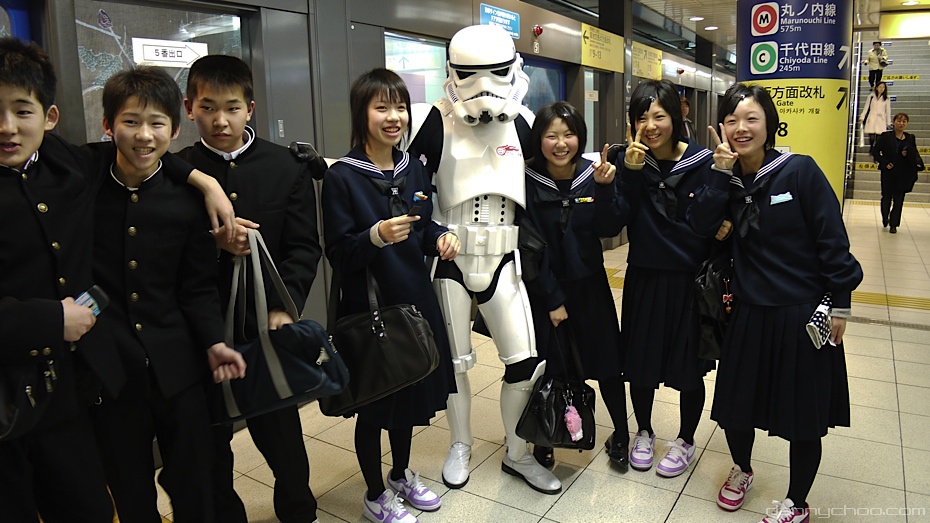 One reason why I enjoy trooping is that I get to meet so many different people who I would not normally meet - have made so many friends in Tokyo just from meeting them in the streets ^^; On the way home on the train, I always seem to be chatting to an elderly lady or man who starts talking to me curious about this "robot" outfit ^^;
Met these great bunch of school students on the way to TBS for some recording the other day. 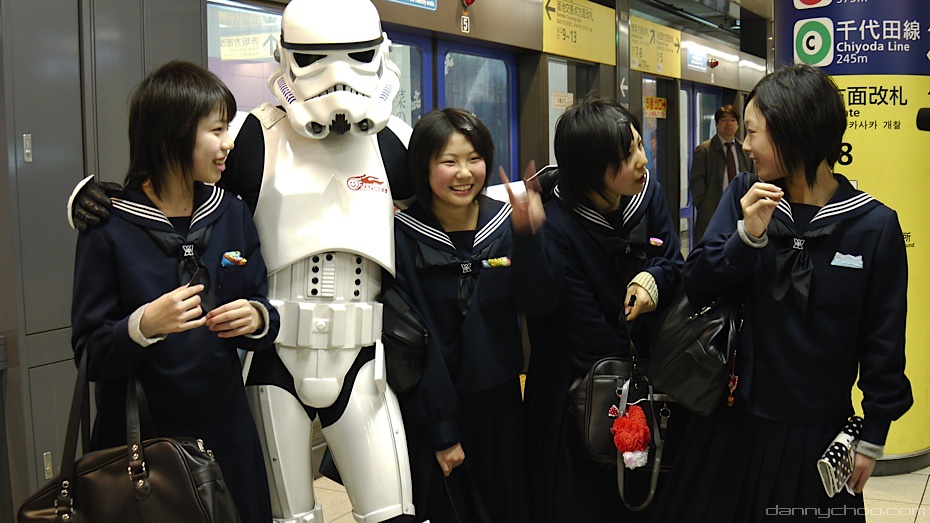 All these students are in high school and most of the high schools get their students to wear uniforms.
After the Meiji Restoration, there wasn't any school uniform policy. A need for some sort of uniform became evident from the fact that students would attend school dressed up in garments based on their family background.
Male students who were from a samurai family would bring their swords to class while those from a trading family would come in their trading gear. Females at the time wore kimono. 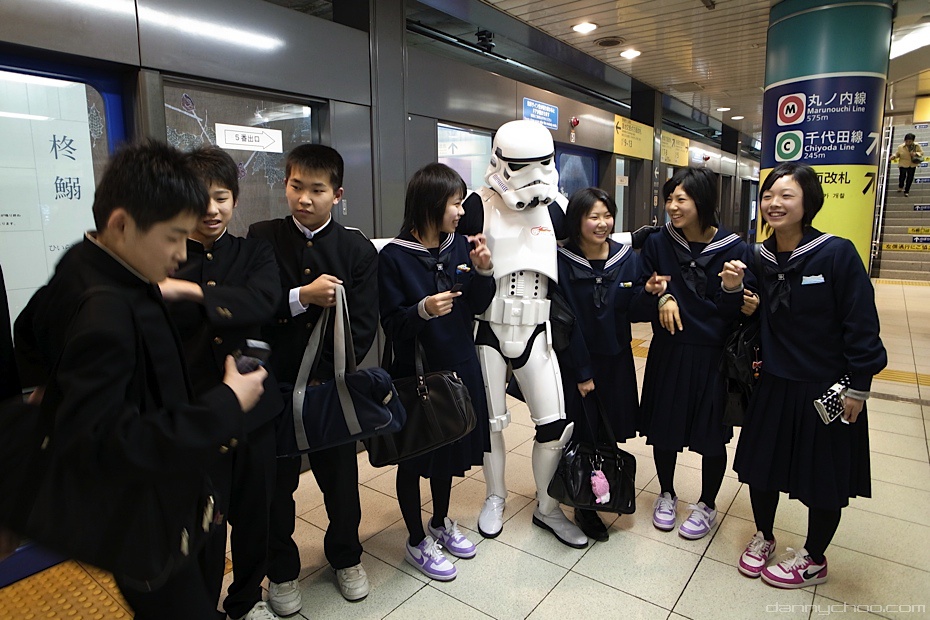 During the end of the Meiji period and throughout the Taisho period, western style school uniforms were introduced because they were more functional and practical than the traditional garments. It was mostly the male students who were in uniform at the beginning.

Depending on the school, females at the time either wore a suit top with skirt, kimono or sailor uniform. If you remember from the most awesome Taisho Yakyuu Musume, some of the female students wore kimono while some sailor uniform. Sailor uniform was introduced in Taisho 9 (1920's).

Read more about the Taisho period at http://en.wikipedia.org/wiki/Taish%C5%8D_period 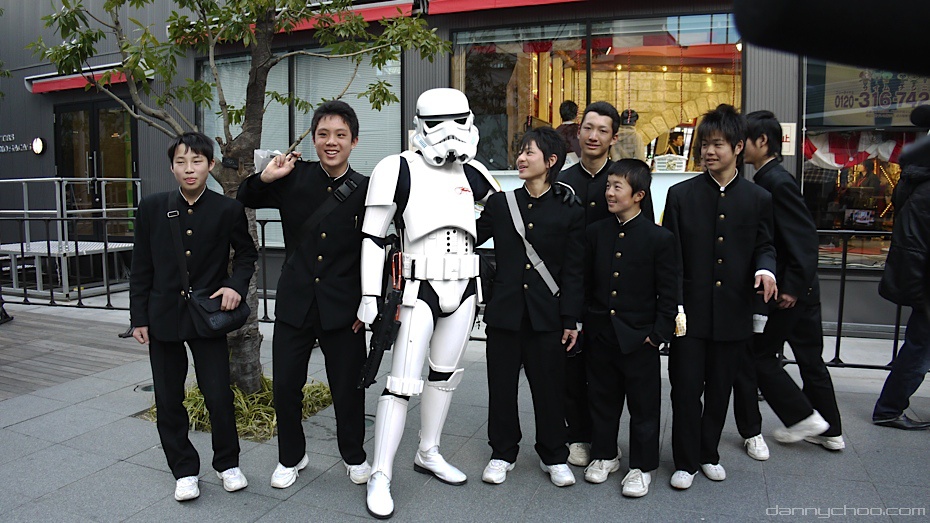 Back in the UK, none of the schools I went to required school uniforms so didn't get to experience what it was like to wear one. Did you or do you wear a school uniform? Does it look good as well as functional or?
Would be love to see what school uniforms look like in your region - post links to images/articles in the comments ^o^