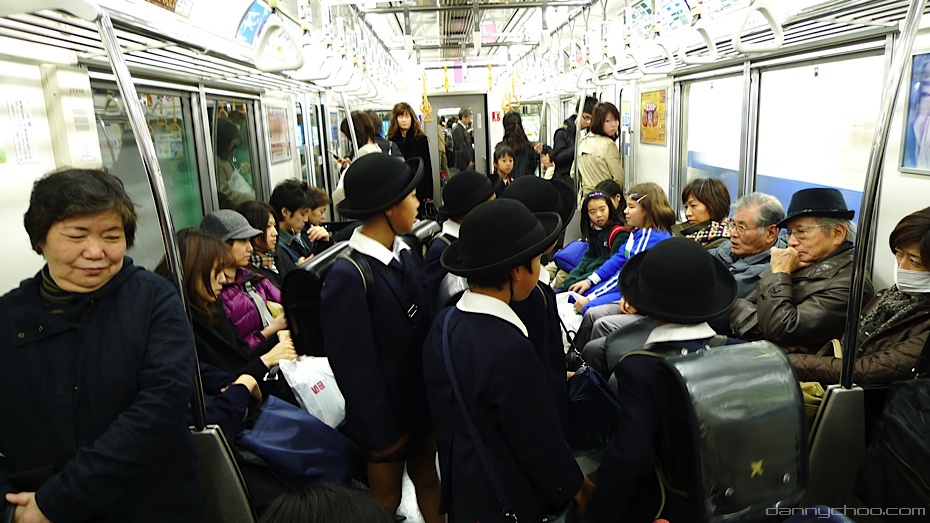 One thing I found rather interesting about Japan when I first arrived was how Japanese school children would travel to school on their own. These kids are in a group but you often see them alone on the trains. Never saw anything like this back in the UK and when living in Seattle, I saw kids being picked up by a yellow school bus.

One annoying thing about many of these kids is how they don't have any manners. Adults are asked to remove their backpacks when they get on a crowded train but these kids (and many like them) for example leave their randoseru (that chunky hard school bag) on their back and charge through the train hitting peoples legs. This particular bunch of boys were shouting and only stopped when the elderly folks on the right asked them to be quiet.