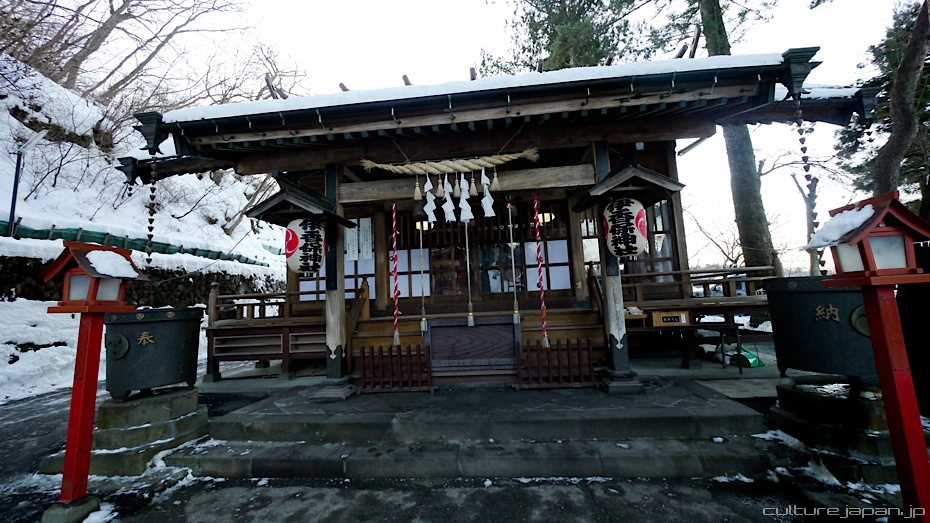 At Ikaho hot springs in Gunma, there is a shrine called Ikaho Jinja at the top of the Ishidan steps. We went on a weekday so not many other folks around. Felt like I stepped back in time. 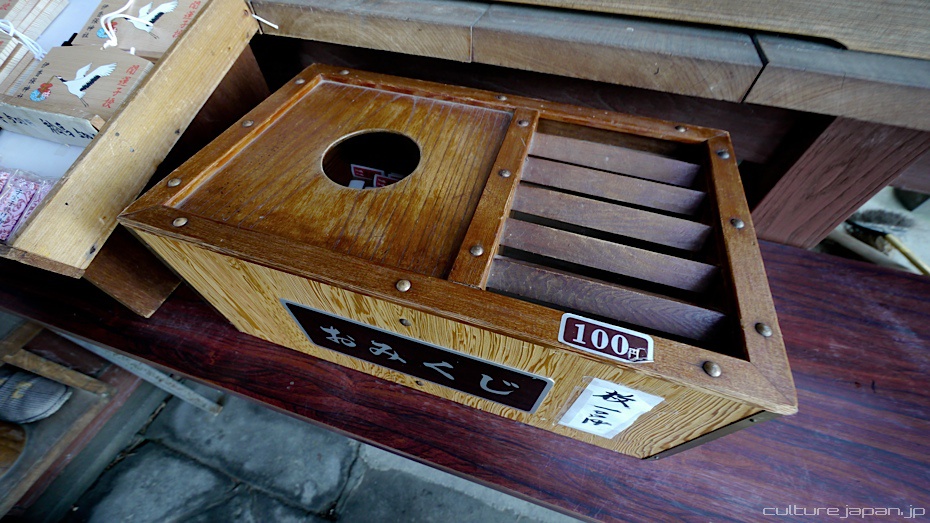 Beside the shrine is a small shop in the form of a stand which has various charms/amulets for sale. This box contains Omikuji - place 100 yen in the slotted compartment and take a dip from the hole to pick out a fortune.
If it says something good then you can be happy. If it says something like "your hands will smell like banana skin for the rest of your life" then you need to tie it to a fence to make sure it does not come true. Unless you like bananas. 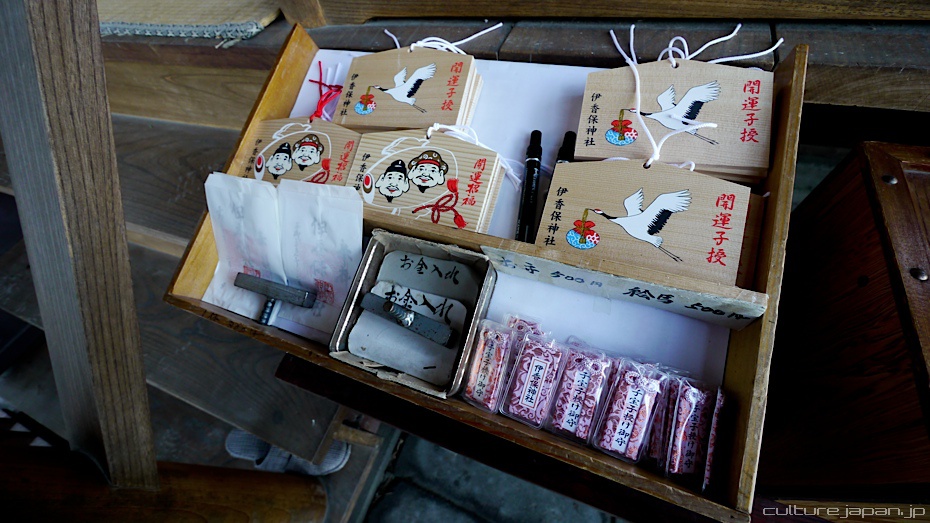 Here we have stuff that folks can actually buy. There are some charms/amulets together with Ema which are the tiles of wood. Most of the items here are 500 yen each.

Unmanned shops (which are called Mujin Hanbaisho ) can mostly be found in rural areas where it doesn't make too much sense to have somebody around watching over the goods all the time. This search query shows you more of these unmanned shops - most of them selling veggies.

At these unmanned shops, there is usually a box where folks can slot money into. The awesome thing about this shop however is not only is it unmanned, but the money is actually placed in a box like this so that folks can take change too - behind the cardboard at the bottom of the tin is a load of notes which amount to over 10000 yen.
If there was just a box with a slot then folks need to have exact change before they bought something.

The honesty of folks over here is something I just love about Japan. Its not like we don't have folks stealing stuff over here - its just that the rate is much lower than what I've experienced in other parts of the world. I'm wondering if money left out in the open at a shop like this would/does work where you are? 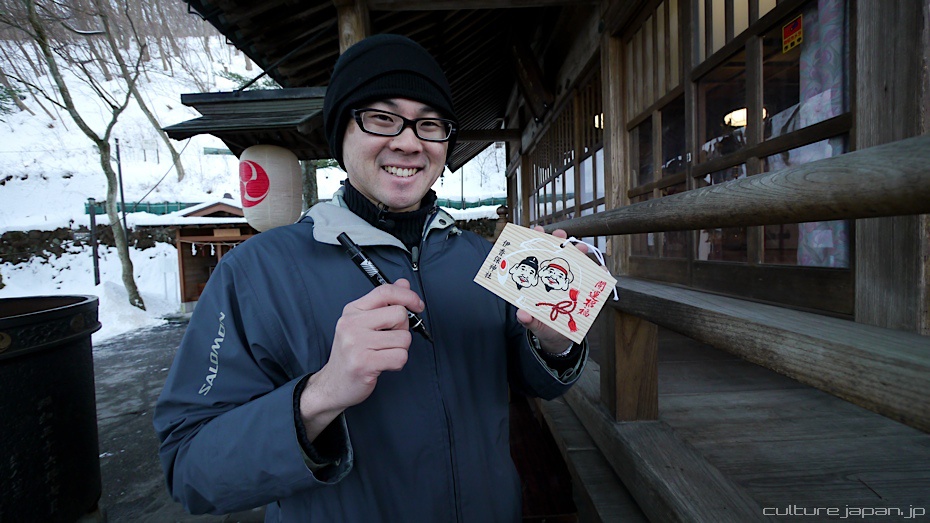 I buy an Ema for 500 yen. I am granted a wish which I write on the back - I then hang the Ema in the shine grounds. After a while, the Ema are burnt along with all the other Ema full of wishes and dreams. 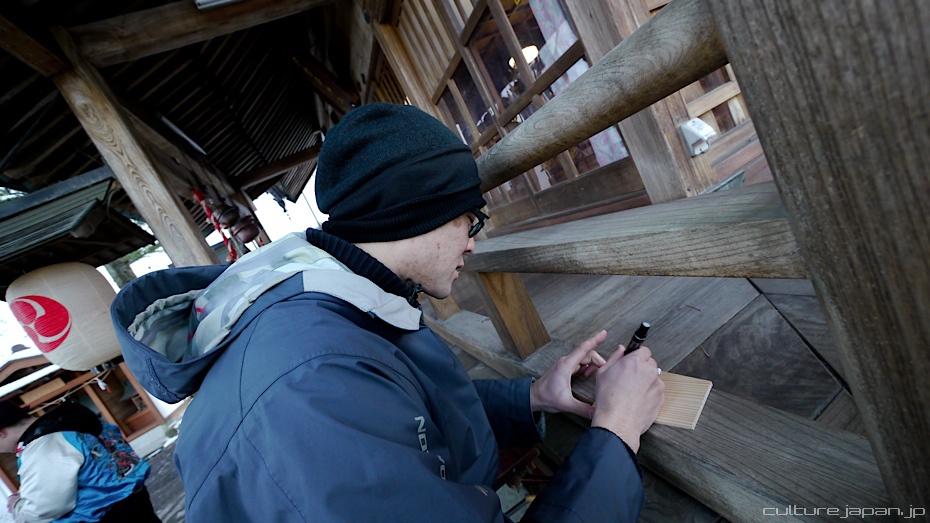 I'll show you what I wrote if it comes true ^^;
Writing on this Ema is just a token of one of my dreams but I'm not going to rely solely on this gesture if I really want it to become true.

We all have dreams but they will always remain just a dream unless we set out to make them a reality. Doing nothing always leads to nothing. Doing something will always lead to something regardless of the outcome.
Many folks fear that the outcome will be failure but there is no such thing. Failure = a new learning which is a step closer to realizing ones dream.

There is only one person in this lifetime that's going to fulfill your dreams. Many folks have always known who it is but are too afraid to come out of the comfort zone. No matter what happens, you will always find a way because that's how evolution and life works.