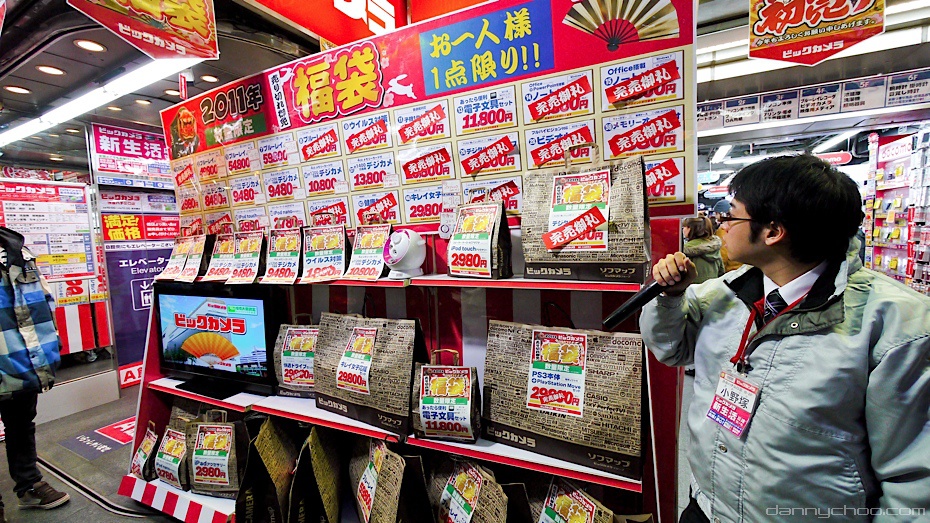 At the beginning of the year all over Japan, one can see a load of paper bags lines up in front of retail shops. All the bags are sealed so that you cant see whats inside. The bags are called Fukubukuro and would be literally translated as "Bag of good fortune."
The idea is that some of the bags contain stuff valued at more than the price written on the bag. Many bags contain valuable goodies - but most contain stuff that the retail store could not get rid of - meaning you end up with bag/s of poo.

"Come and get your bags of poo!" would probably not attract many punters so "Bags filed with fortune await you!" brings in more business.

This first photo was taken outside an electronics store called Bic Camera. Some of the bags have one of the contents printed on them like "PS3 + other stuff" - the "other stuff" could be anything from a cloth to wipe the PS3, gloves for those who get sweaty hands while playing the PS3 or a 30 foot long extension cable.

Side question - what do you do when you are handed a game controller by a friend who had very sweaty hands? 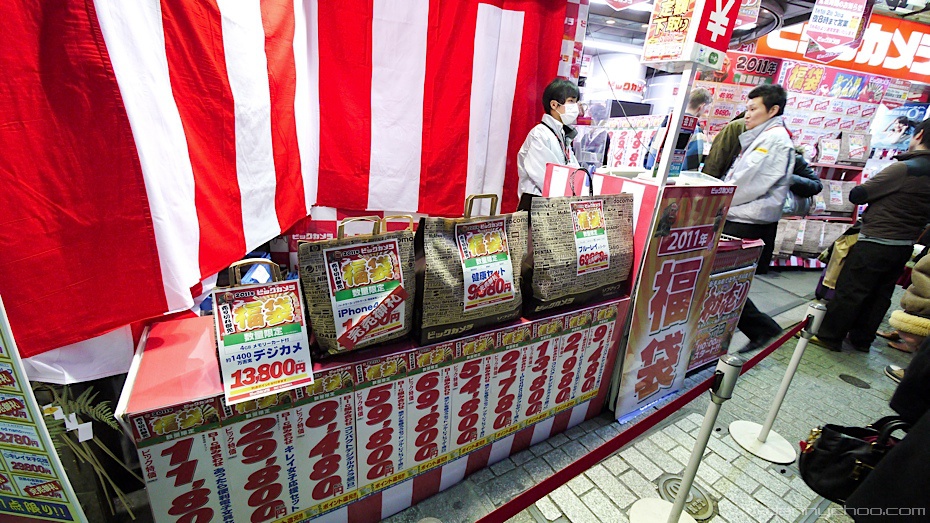 The "iPhone4" on the fukubukuro gets folks all excited thinking that there is one in the bag - only to get a slap in the face to find an iPhone case, dock and screen protection film with no iPhone inside. 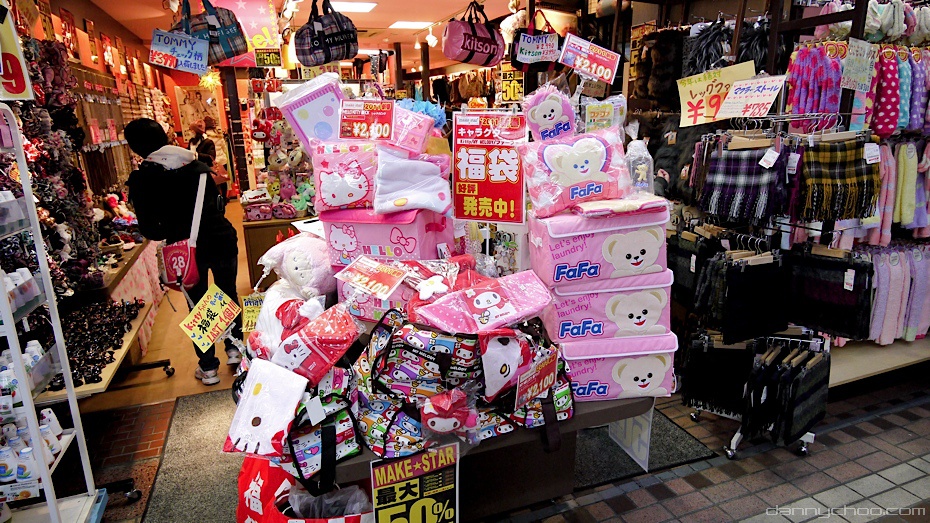 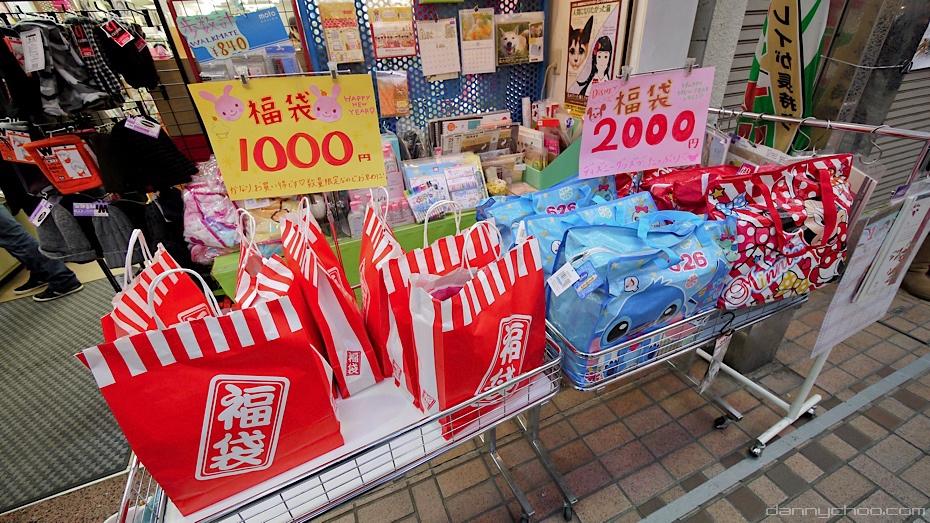 Fukubukuro for 1000 yen each outside a stationers filled with last years calendars. 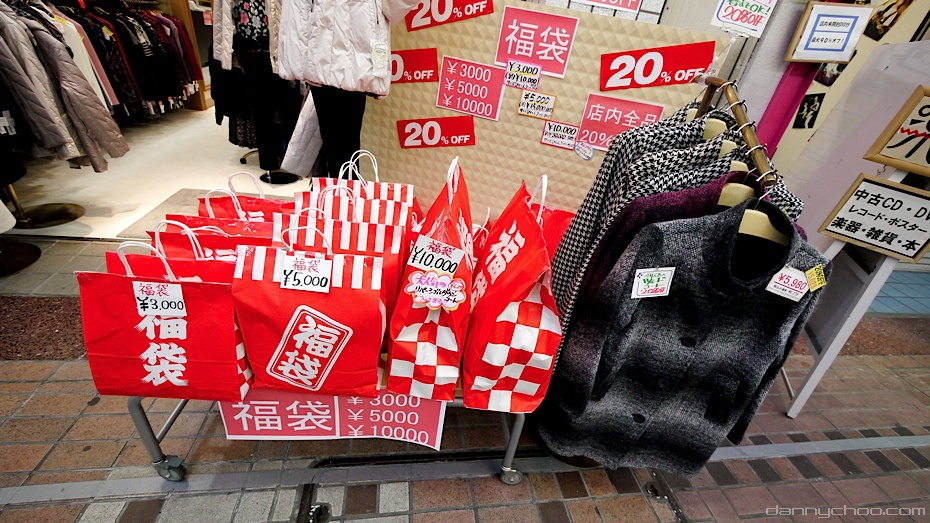 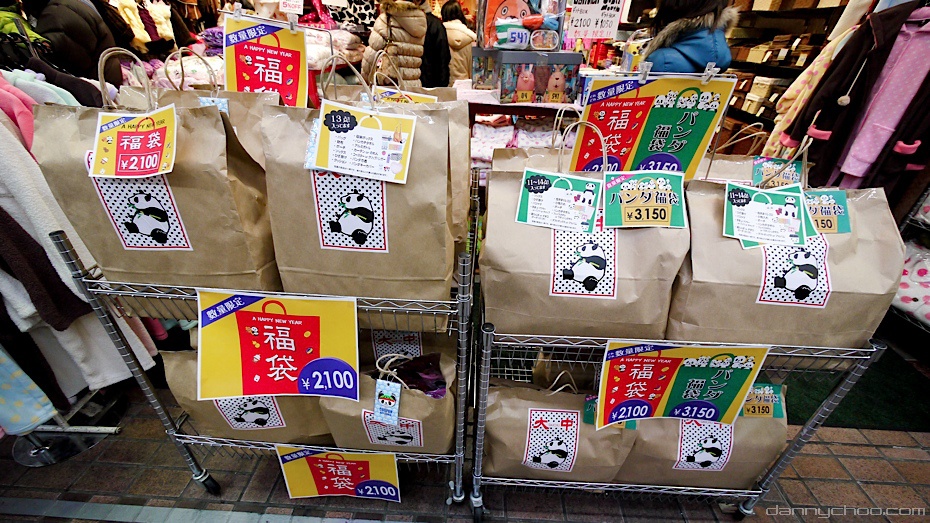 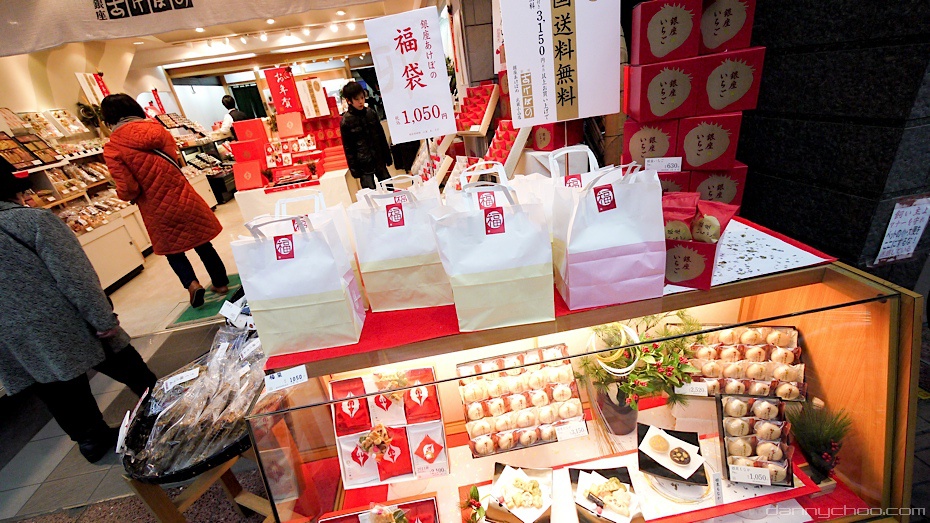 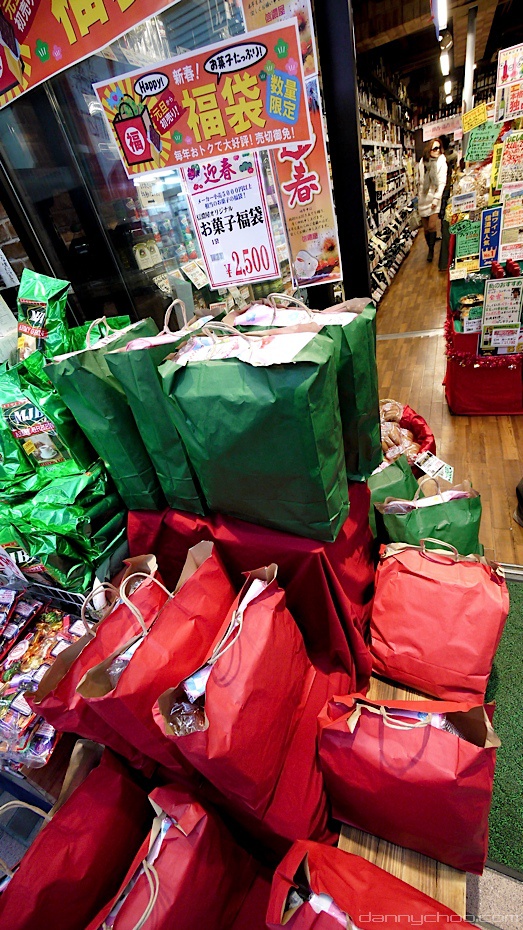 Some shops purposely leave holes for a passer-by to peek into them. More people peeking creates a crowd = must-be-worth-buying. 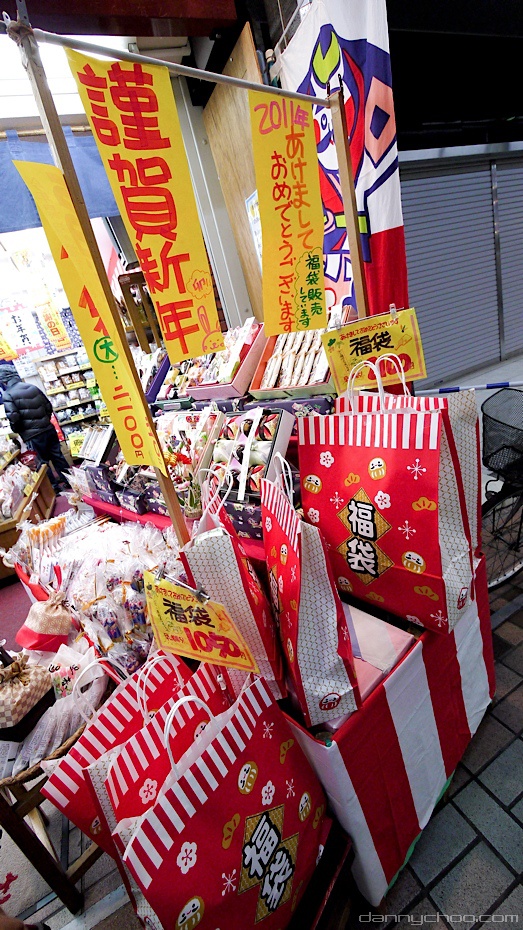 Same here - small gaps left in the bag for peeking. 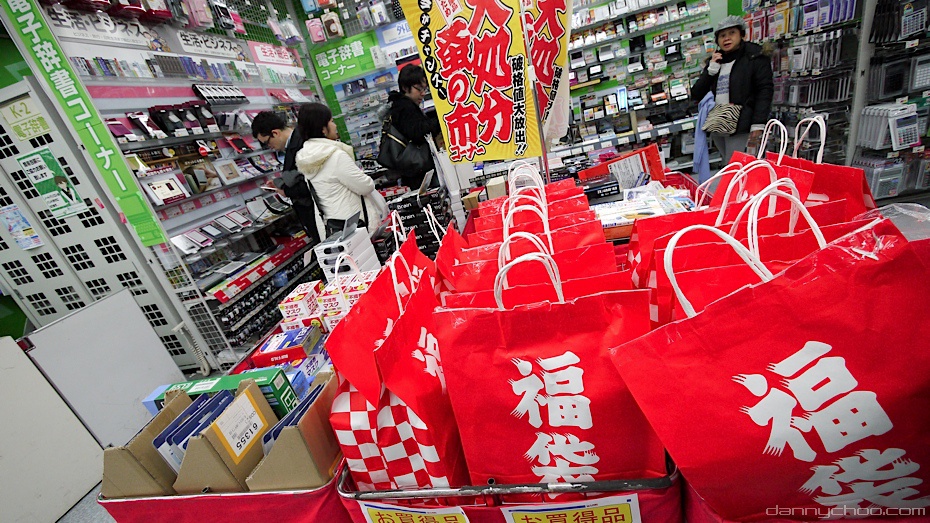 Some fukubukuro at Shibuya Labi I think it was. 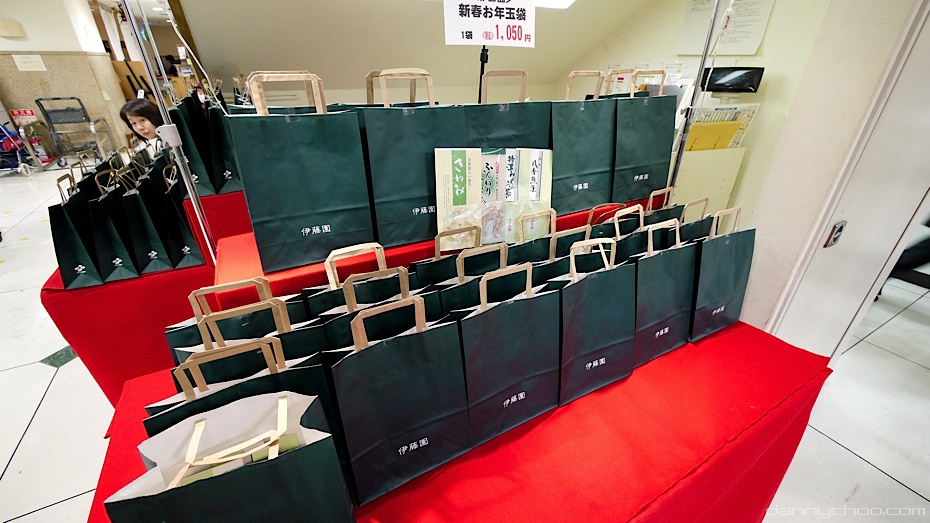 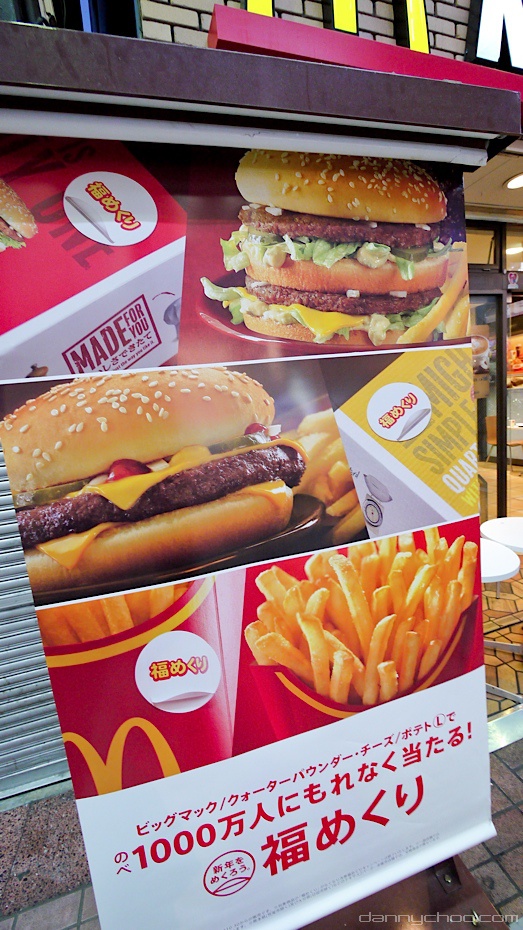 While Mc Donalds Japan does not giveaway bags of fortune, they got something called Fukumekuri roughly translated as "Peel a fortune" - peel back the sticker which can be found on a burger or fries and win.... more burgers or fries.

What sort of events do they have in your kingdom in the new year to get rid of stock?