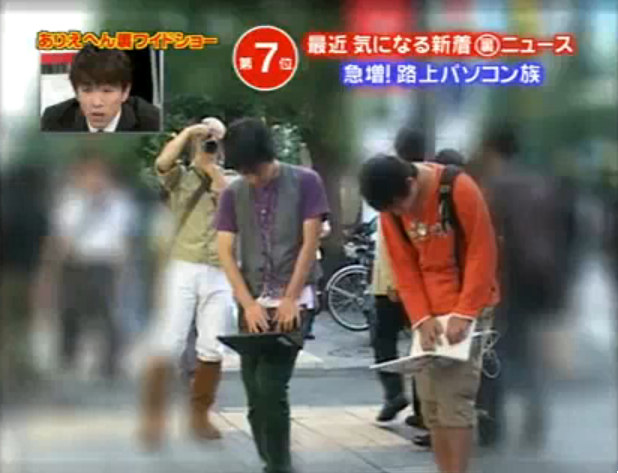 Saw this on Francis-sans blog and then realized that it must have been covered by Japan Probe - and it was!.

The report does look like another case of "Yarase" which is very common on TV over here. Yarase means that its basically just set up - a bit like how tabloid news papers tell lies ^^;
So in this case they just got a bunch of people to walk around with computers. Or maybe its not Yarase? Me personally not seen them but it does give me an idea of filming a trooper walking around town with a mac...