The iPhone 3G went on sale today at the Softbank flagship store in Omotesando/Harajuku.
Many of my comrades have been out there waiting since 4PM and I just had to go along to egg them on. 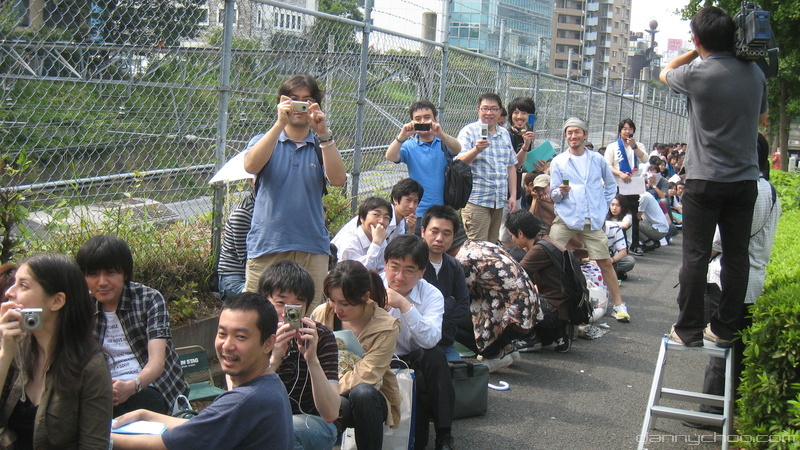 Saw the queues from the train extending from the store towards Shibuya!
Decided to go and see how far the queue stretched. 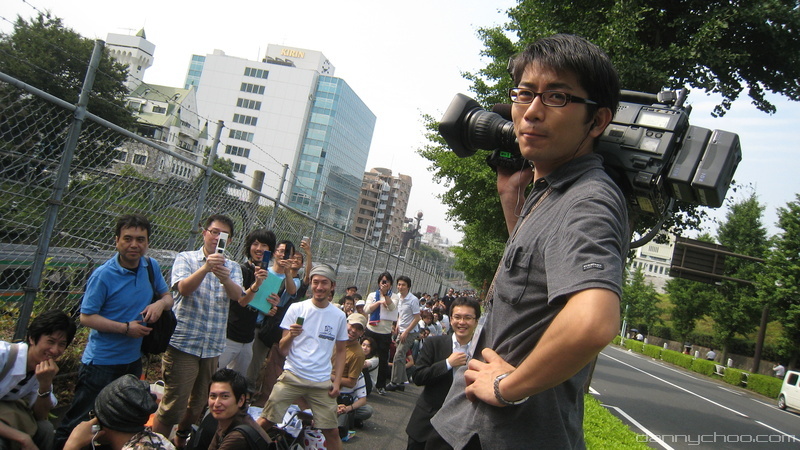 Folks who live in Tokyo may recognize this as the road that leads to Shibuya.
More pics of queue (including some funny ones) at Kirainet. 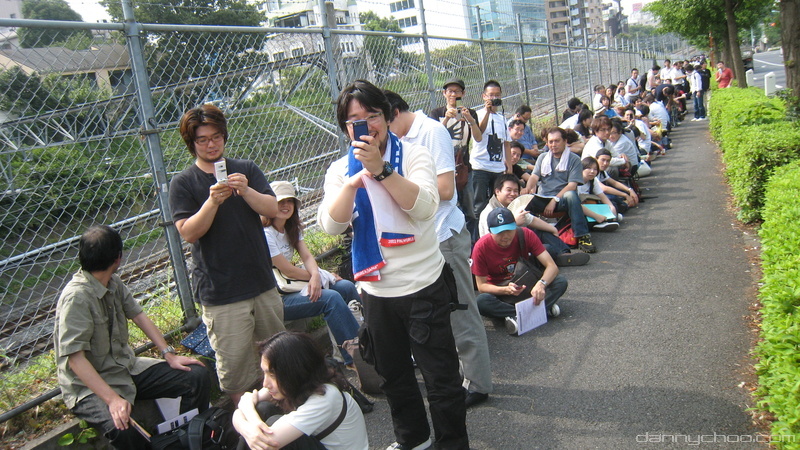 The queue goes on forever. I didn't go for the opening but Akihabara News did and you can see their coverage here. 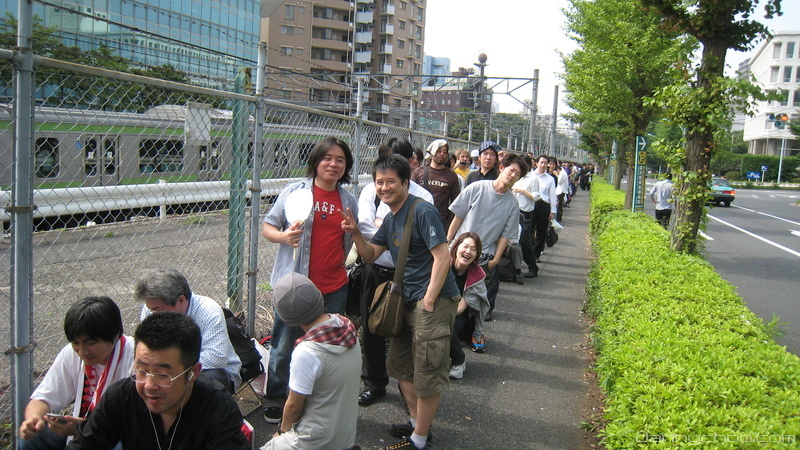 And ever. That's Roy in shorts - another Japan blogger who is currently on hiatus. 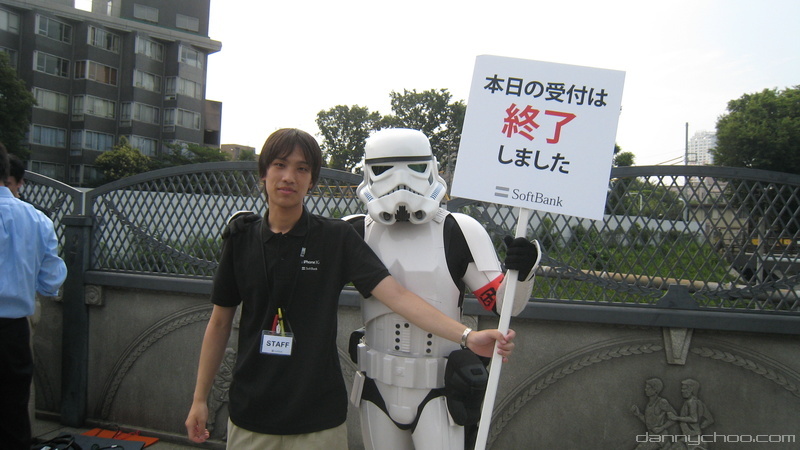 Some of the queue was for today - and some of it for tomorrow.
Is the iPhone 3 G out in your region today? Will you be lining up for one? 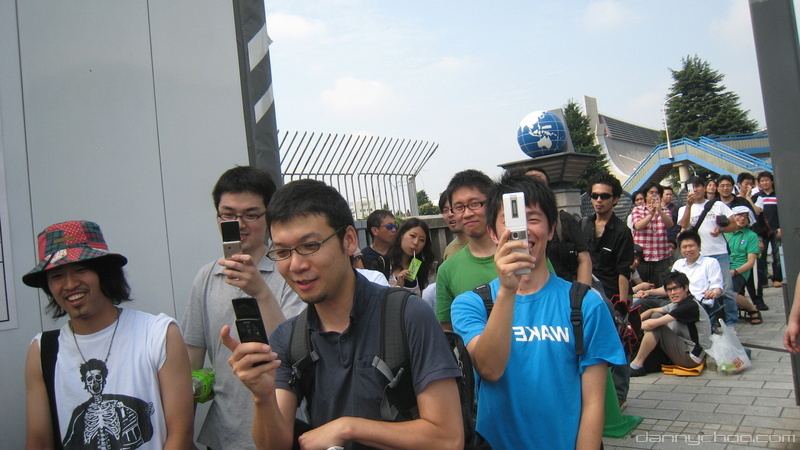 These folks barely made it for today's batch of phones. 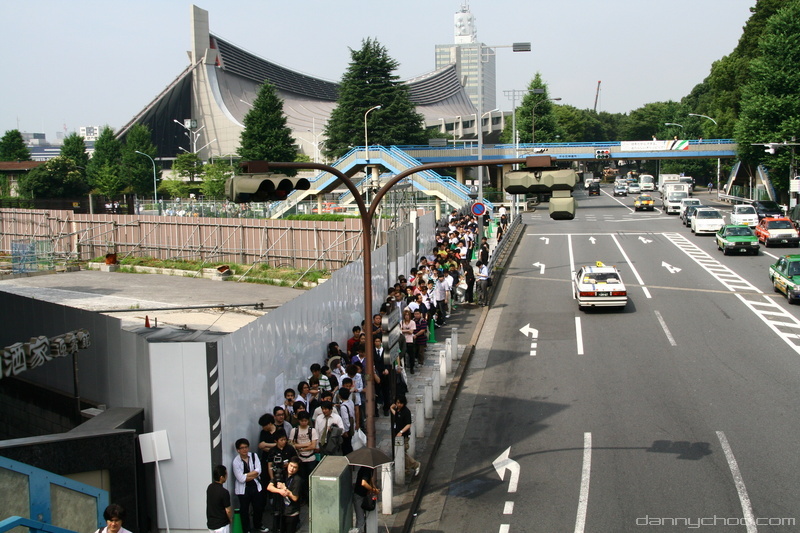 View from the bridge at Harajuku. 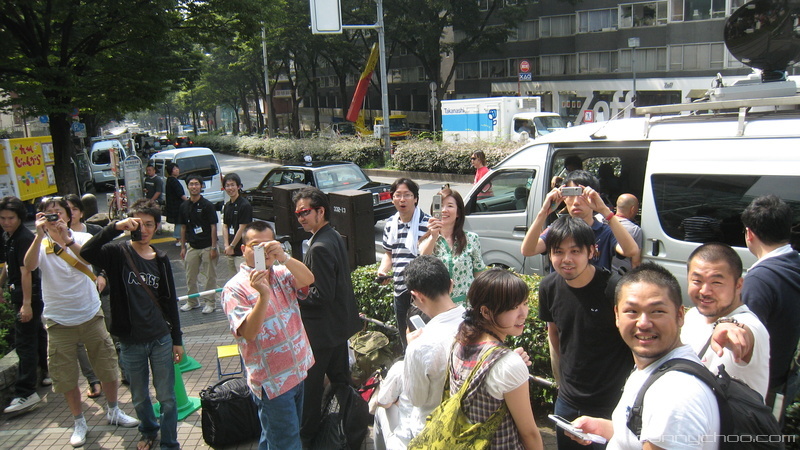 At Omotesando where the queue continues. 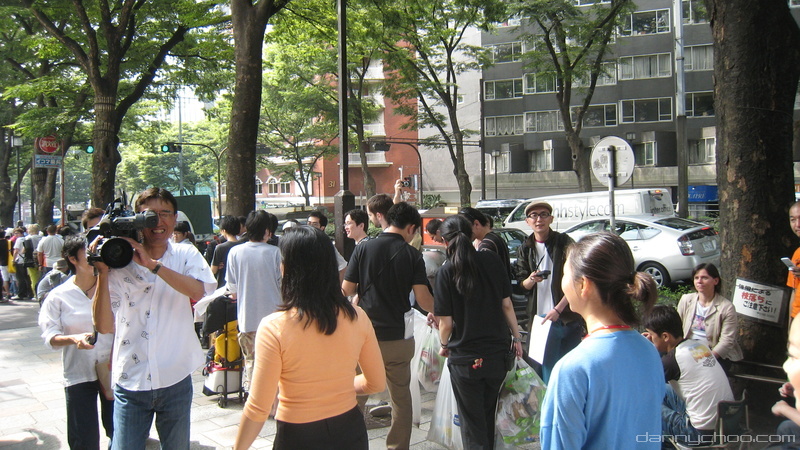 A load of media folks still in the area. 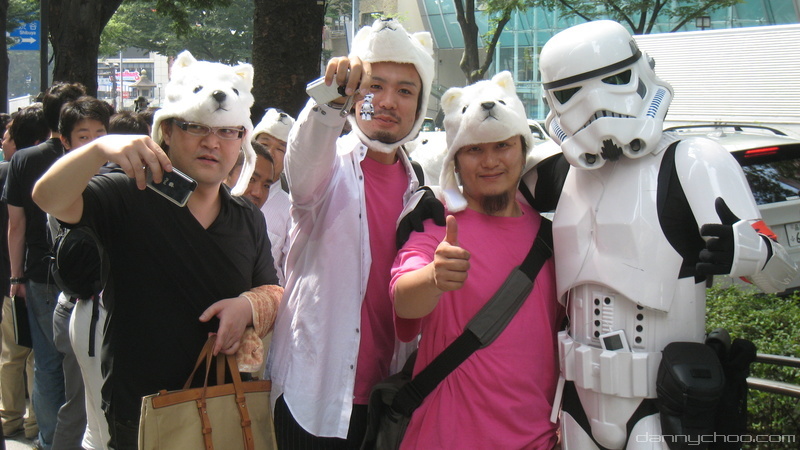 Meeting up with some (pedo?) bear comrades. 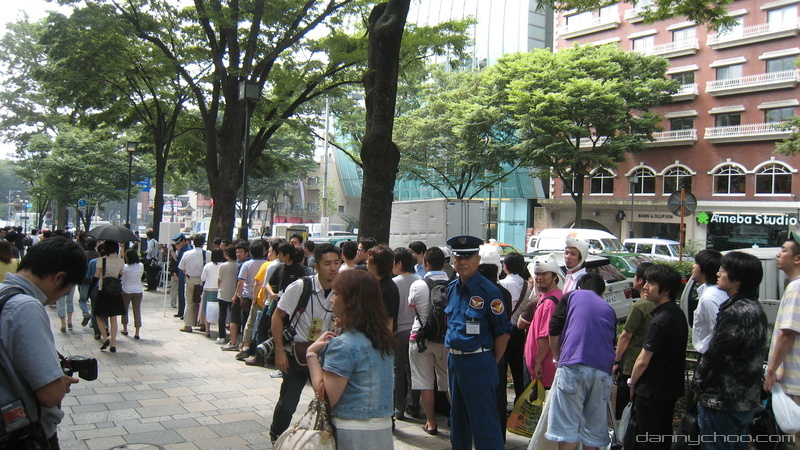 These folks will get their phones probably within the next hour. 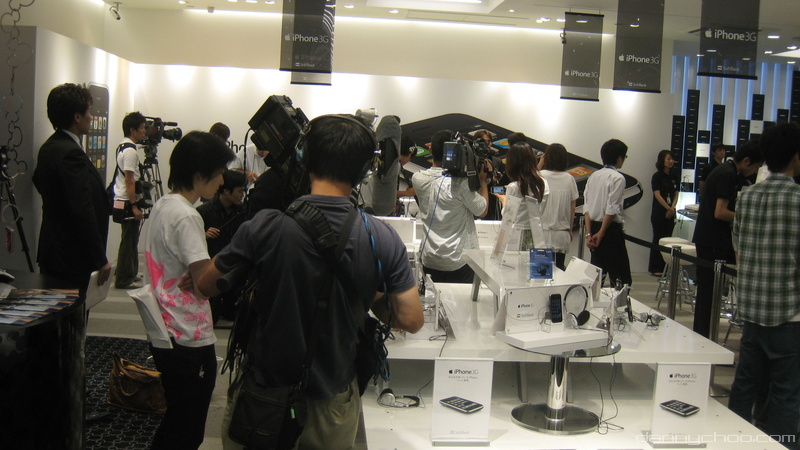 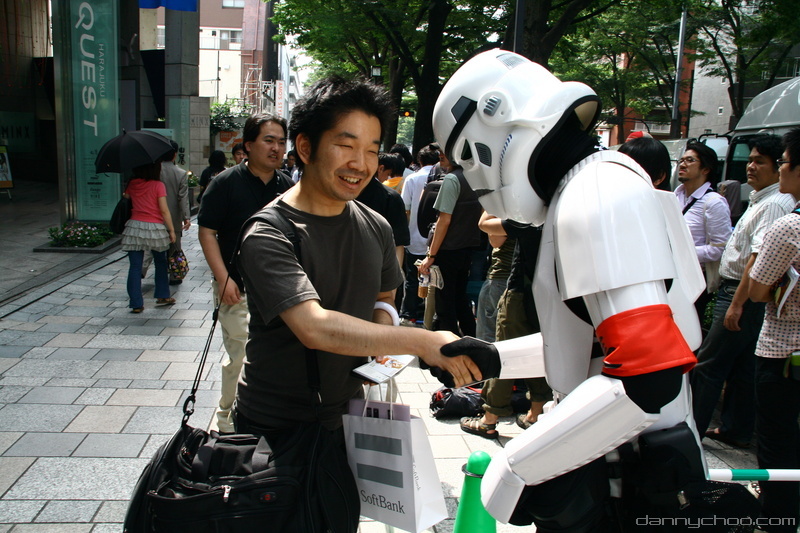 Met a load of IT folks. Gadget events are great for networking ^^; 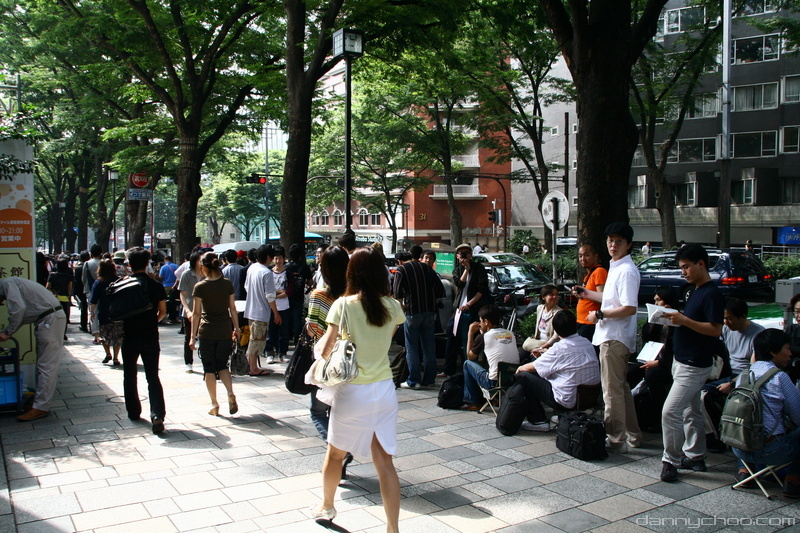 Could not imagine lining up over night for an iPhone. The longest I ever lined up for something in Japan was for one of the Harry Potter movies many years ago - three hours.

While booking theater tickets online was normal outside of Japan, folks over here had to go to the cinema and just line up. Whats the longest you have ever waited in line and what for? 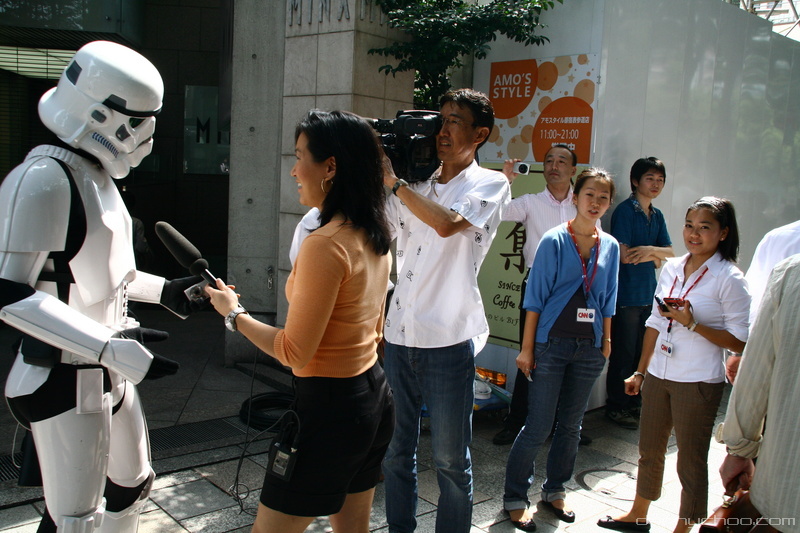 Being interviewed by Kyung Lah of CNN. 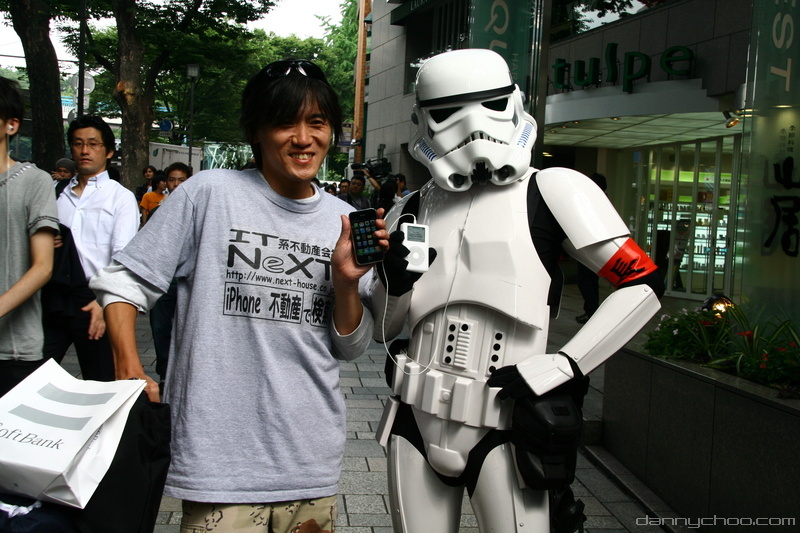 Met up with a comrade from Next House Properties. 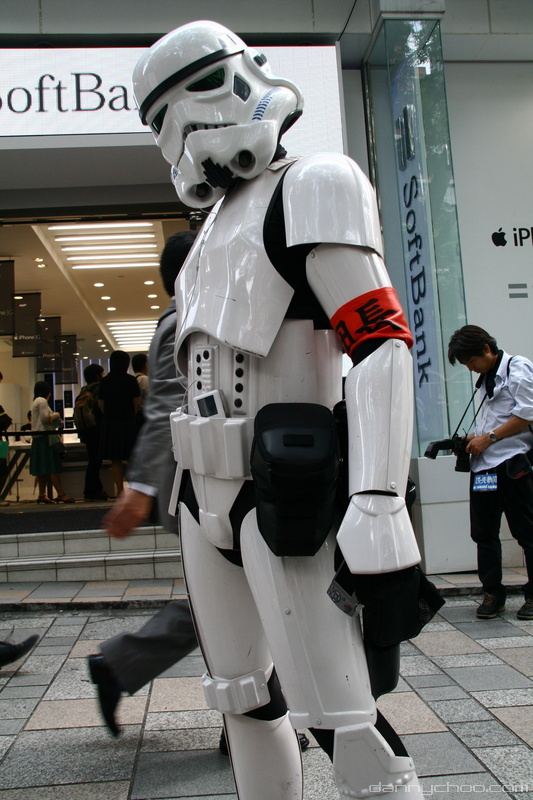 Taking a break from trooping outside the Softbank store.

This is the begginning of the queue - the sign says "today's processing is FINISHED." 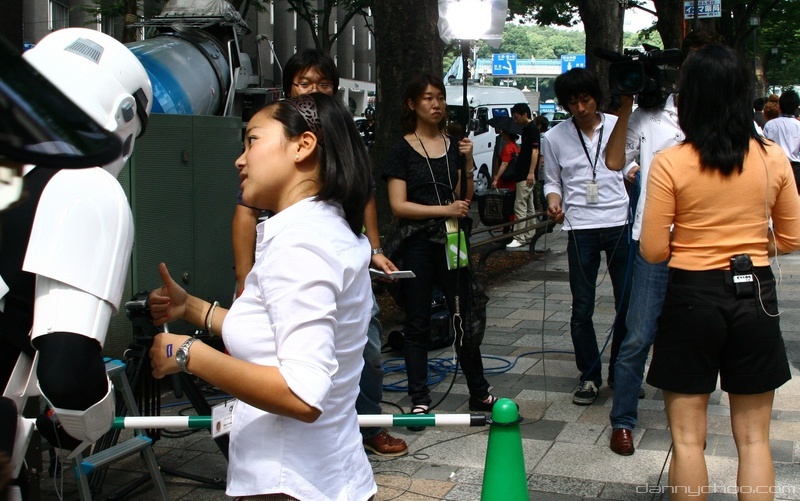 Going over a live broadcast to be made in a few mins. 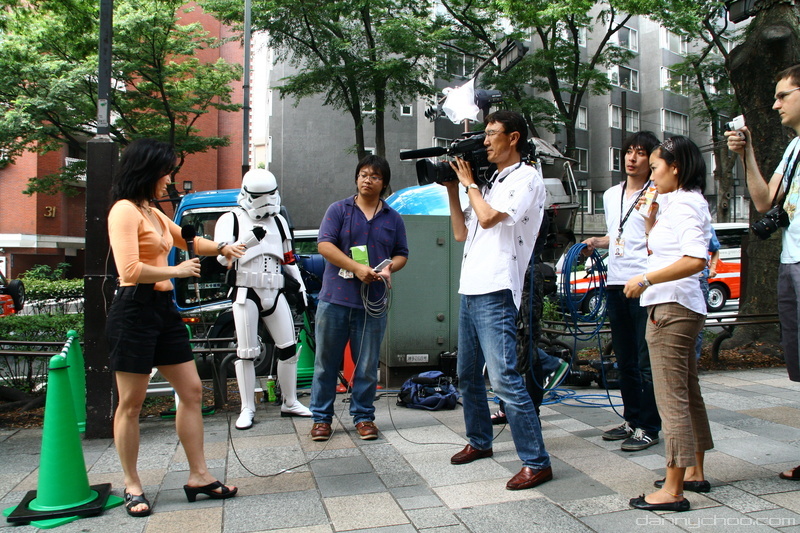 Kyung Lah goes on first and then I go on after. 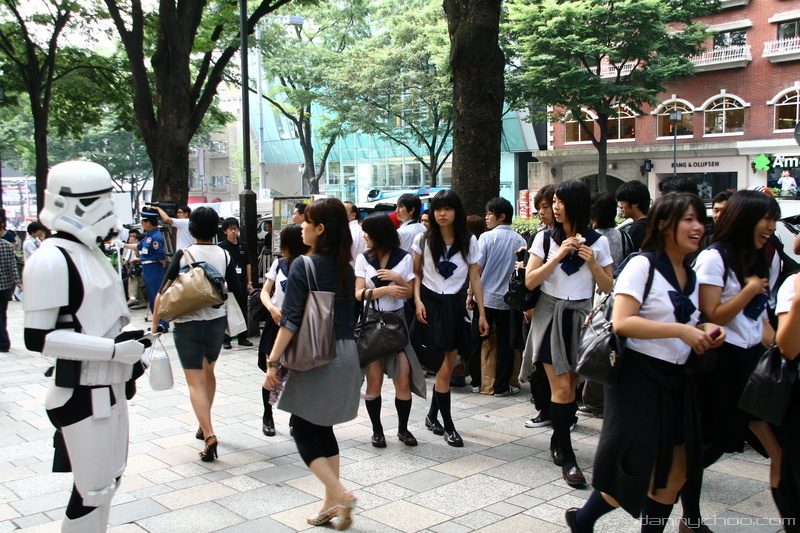 All of a sudden, a swarm of school girls appear. 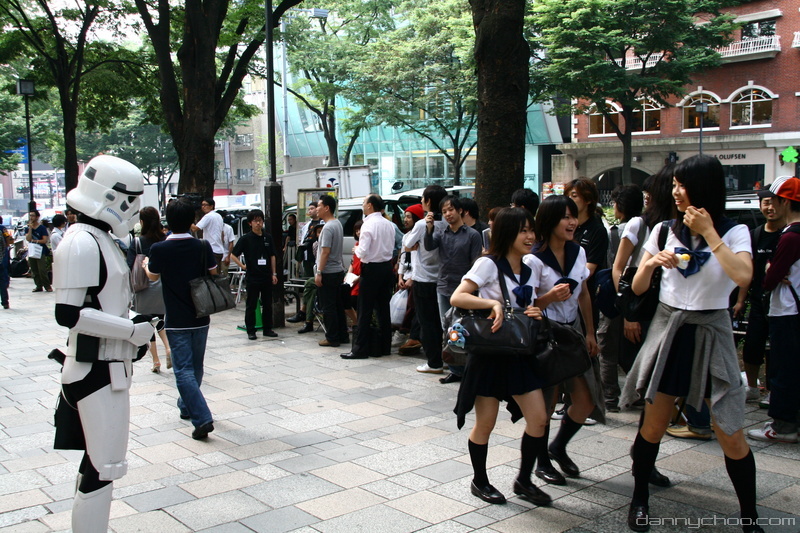 Captions for this photo being collected in this news item. 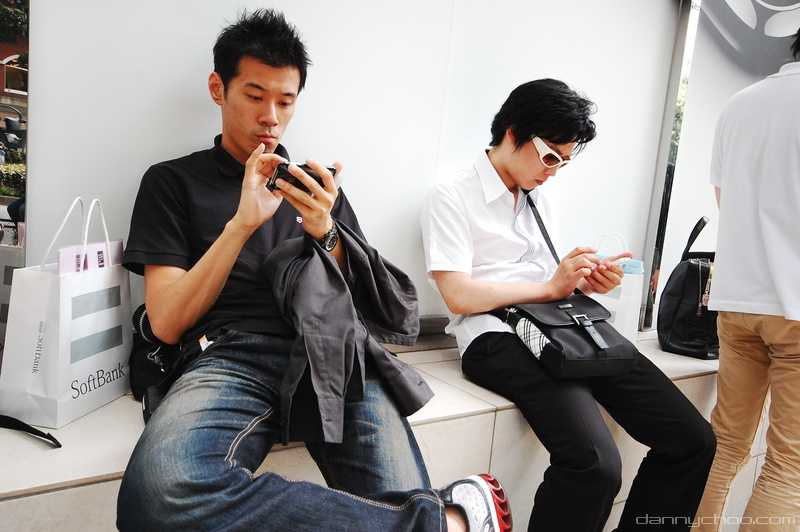 When the iPhone launch was announced in Japan, the media started to bash the iPhone immediately saying that it wouldn't sell at all. Many English language Japan bloggers posted "surveys" on how most Japanese don't want an iPhone.

The queues today prove that the Japanese do indeed want iPhones. And its not just the queues here but all over Tokyo.

The makers believe that they know what Japanese consumers want - which is everything. This is the reason why Japanese phones are thick and stuffed with TV's, 7 mega pixel cameras, games, electric money etc etc. They all look the same and have mingy keyboards.

The Japanese want something simple and easy to use.

Would you rather have a Japanese phone stuffed with "everything" or an iPhone?
Some Japanese Phones for you to look at.

Another cosplayer on the scene - dressed as a guard. 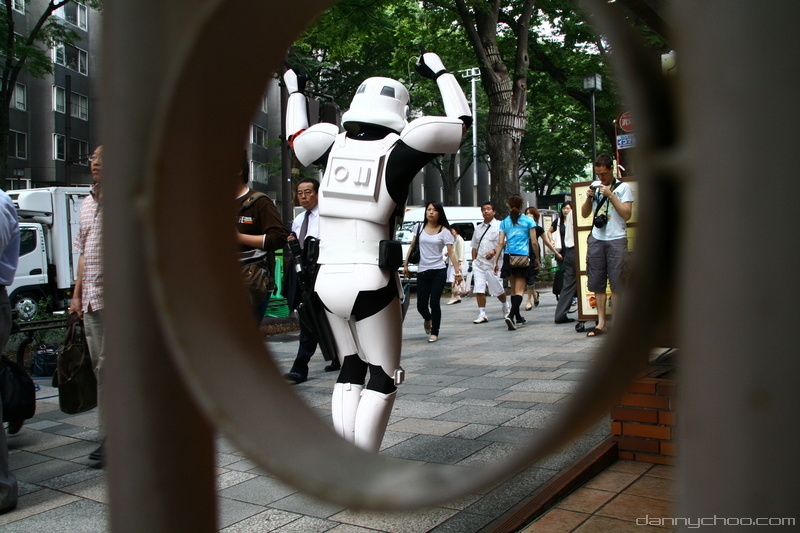 I still owe you the guitar/rock trooper video but decided to shoot another one - this time to "Young Folks" by Peter, Bjorn & John. 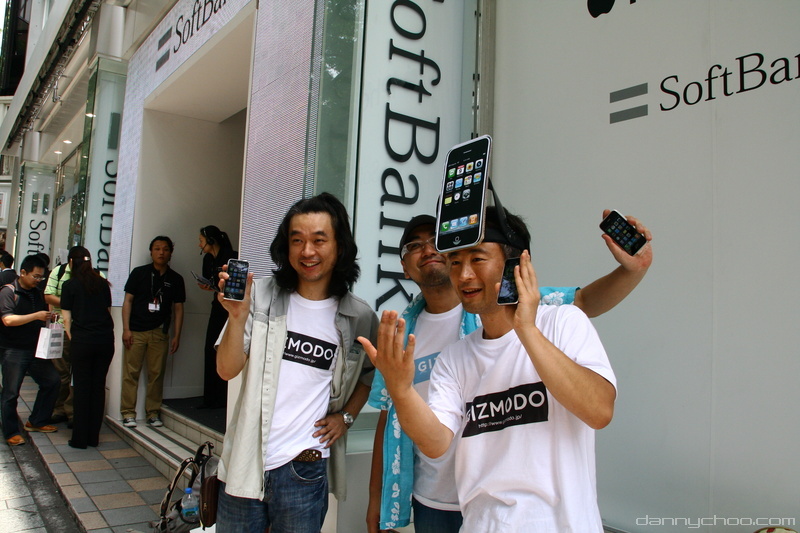 Met up with some comrades at Gizmodo Japan. 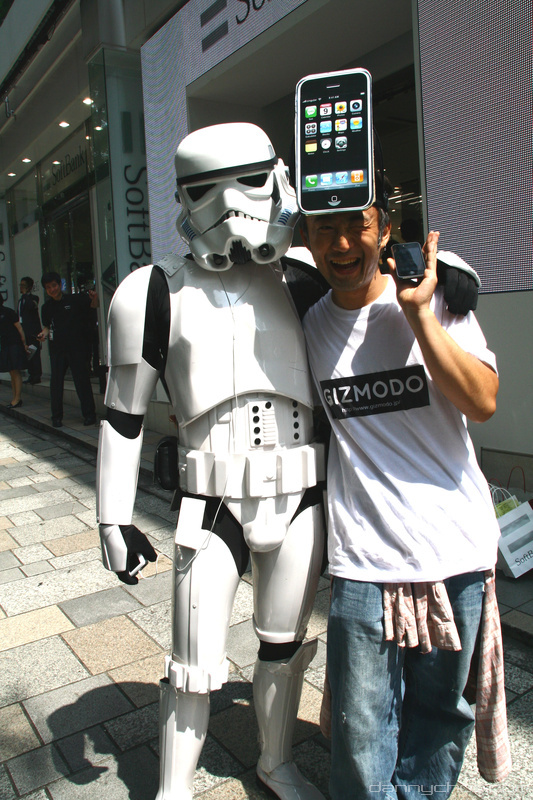 This is Ichiru who waited since 6PM yesterday - he got his iPhone at about 10AM. His post up at Gizmodo.

A lady plays around with her new toy. 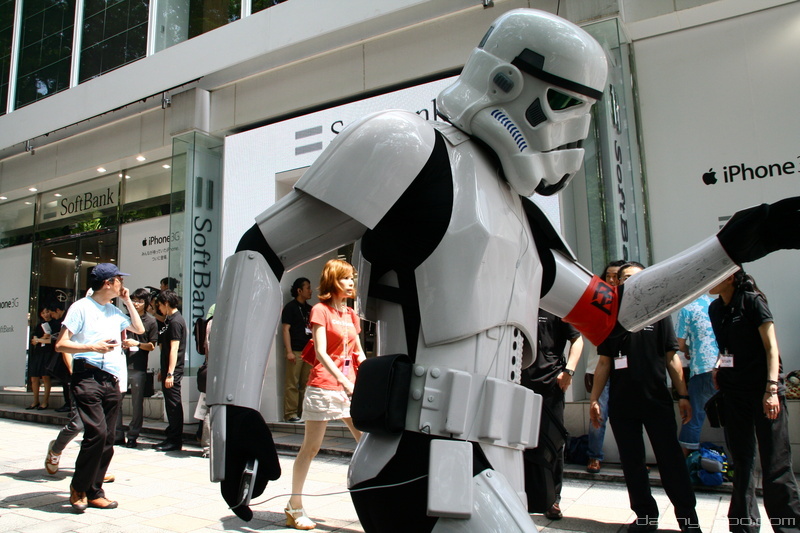 More "Yong Folks" in front of the store.

Very warm today! I has headache from the heat at the moment ^^; 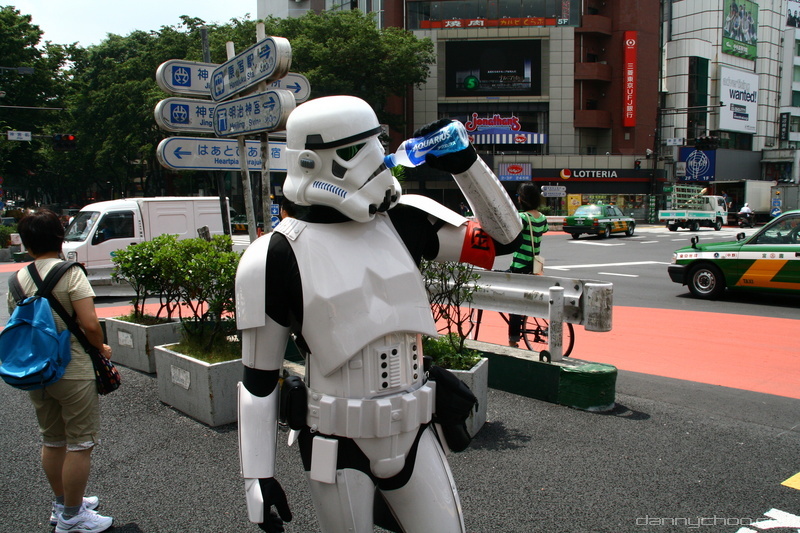 Grabbing some liquids before going to my next appointment.

"Are you that dancing Stormtrooper in Tokyo?"
UPDATE: Video footage of the queues below.

Folks who subscribe to CNN can see me "dancing" on CNN Asia or at their website here.
UPDATE: Thanks to Koshiko for extracting the file! Low res YouTube version below.