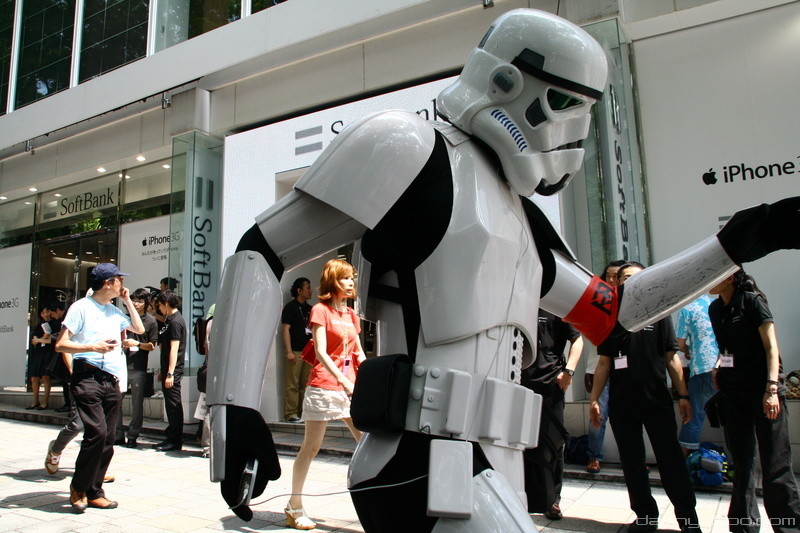 The iPhone 3GS launch event will take place tomorrow night at Quest Hall in Harajuku near the Softbank store.
The main event will start at 22:00 and is being organized by comrade Nobi Hayashi pictured below - digital journalist and consultant for a ton of IT and gadget companies.

Press from all over the world have been called to the event and for some reason, I'm due to be up in front of them at 22:15 ^^; Maybe to announce the dannychoo.com iPhone/iPod Touch app?!

I will be in the area from 20:00 at Appliya Night (separate invitation only event) and if you are thinking of lining up for an iPhone then you may be able to get into the hall and see whats going on - think its the first 400 that get in though.
Expecting the CEO of Softbank Son Masayoshi and hopefully Aya Ueto too. My mission is to do a business card exchange with Son and have a photo with Aya.

Now I has something special for dannychoo.com readers - if you are an iPhone developer and can make it at 20:00 to Cafe Ratia ( http://www.ratia.jp/cafe/access/index.html ) Then you can join us at Appliya Night. Folks with really coolsome apps will be able to show off their apps to hundreds of people waiting for their new iPhone and probably (no promises though) to all the press at the hall.
Once you get to Cafe Ratia, say that you are a friend of Danny's at the door. I will be inside somewhere. Unfortunately this is for iPhone developers only. Costs 1000 yen to get in.
If you are just buying an iPhone then go direct to Quest Hall and I'll drop by.

Would be great if you can make it - its going to be an incredible incredible event.